When most people think of gin, they picture a clear spirit with a distinctly juniper-driven aroma and flavor. While many of the most popular gins on the market fit comfortably within that description, it’s really only the tip of the iceberg when it comes to gin’s potential. In fact, over the past decade American craft distillers have embraced all kinds of innovative botanicals, distillates and other unusual ingredients. Consequently, they’ve created innovative spirits and given credence to a variety of gin subcategories.

One of the most exciting subcategories pays homage a centuries-old tradition:  barrel-aged gin. In the 18th century, barrels were a cost-effective way to ship and store spirits, including gin. When allowed to sit in wood for a period of time, gin would often take on the color and flavor from the barrels in the same way a whiskey or rum would. This was often referred to as “yellow gin.” Today, craft distillers have embraced this method with a more deliberate approach. However, because there are no official rules regulating the length of time or type of barrel in which gin must be aged, there’s almost nothing craft distillers can’t—or won’t—try. That means aged gin is a highly eclectic category.

That said, if you’re searching for a gin with a touch of warmth and depth beyond your typical London Dry, look no further. These American barrel aged gin picks marry that classic juniper flavor with accents of caramel and spice. As a result, they serve double duty for both gin and whiskey cocktails.

FEW Spirits is a grain-to-glass distillery located just outside Chicago in Evanston, IL. Their American barrel-aged gin is light golden in color indicating its short time in new and used American oak barrels. The spirit used to make this gin starts out fairly neutral, but the blend of botanicals and time in barrel create a wonderfully flavored whiskey-like gin. The sweet warm note you expect to find in bourbon comes through alongside flavors of juniper and citrus. 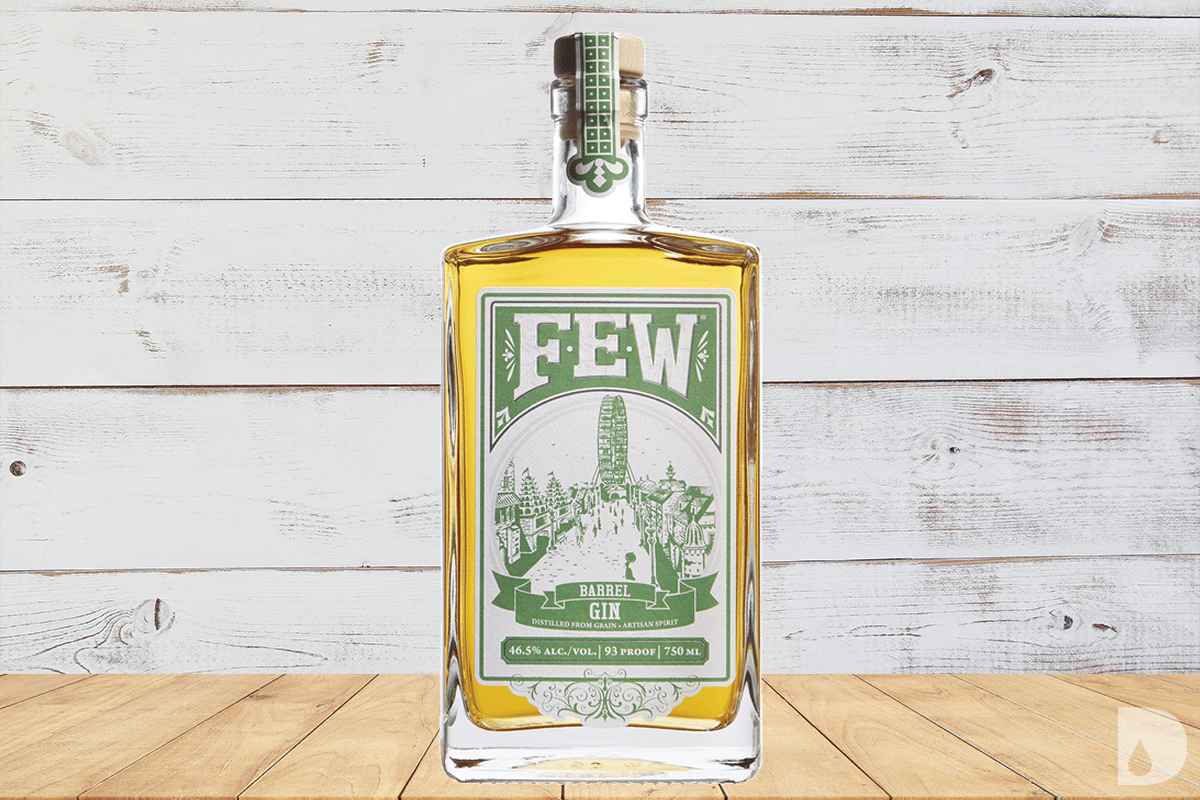 The black cat mentioned on the label refers to the signs hung outside of pubs after the passing of the English parliament’s Gin Acts in the 1730s. So it only makes sense that the gin inside the bottle also references 18th century tradition. To make it, Caledonia Spirits ages its original Barr Hill Gin for up to six months in American oak barrels. The resulting 43% ABV gin is delicious, with mild juniper notes, honeyed floral notes and a caramel-like sweetness.

Known for its unusual New American-style gins, GrandTen’s aged offering does not disappoint. The grain spirit base is infused with a variety of nine botanicals, including essential juniper and unexpected Cape Cod cranberries. It’s then aged in used American bourbon barrels for up to a year and blended before bottling. It’s a herbaceous, spiced gin that adds another layer of character to all manner of gin cocktails. 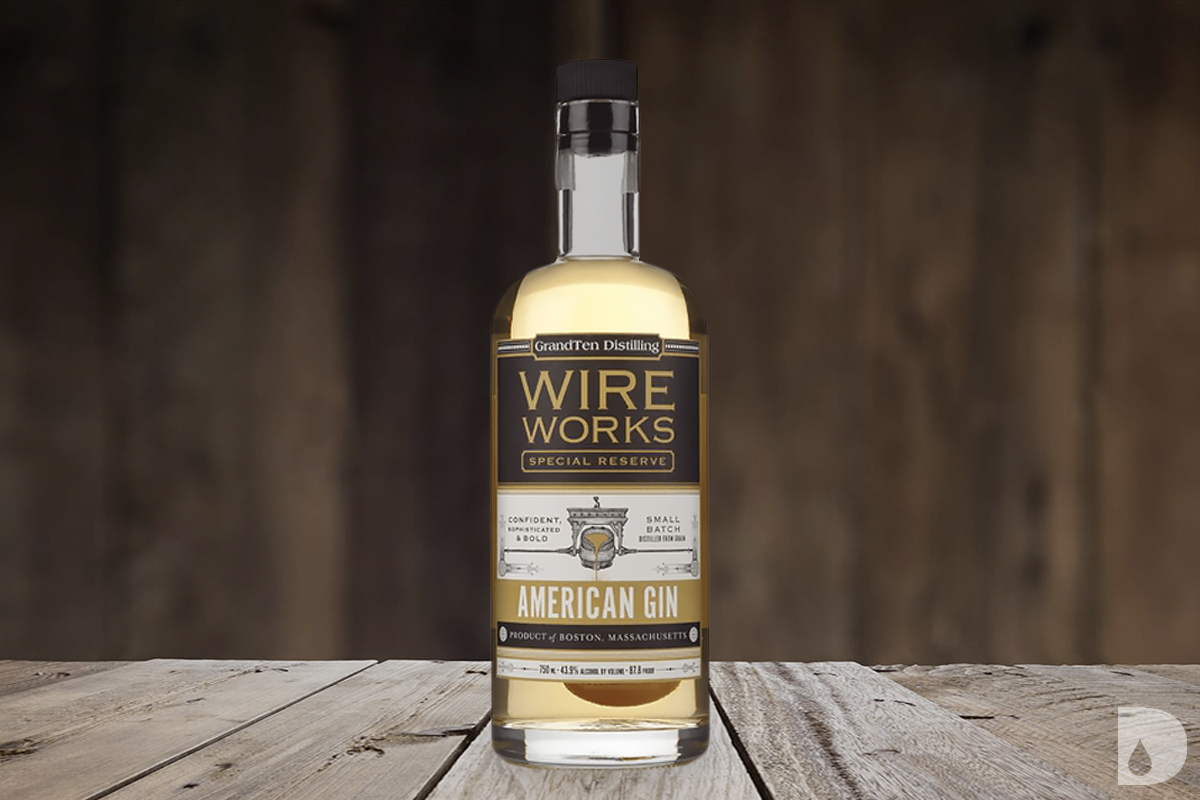 Perhaps the most unusual gin on this list is made at California distillery Falcon Spirits. This American barrel-aged gin uses a base of brandy—using Northern California grapes—rather than the typical neutral grain spirit. As for its botanicals, the distillery uses juniper, marigold, cinnamon and lemon verbena. After distillation, the gin is rests in new French oak barrels for up to a year before it’s blended and bottled at 45% ABV. The influence of the barrel comes across not only in the gin’s amber-like hue, but also in its vanilla-flecked warmth. 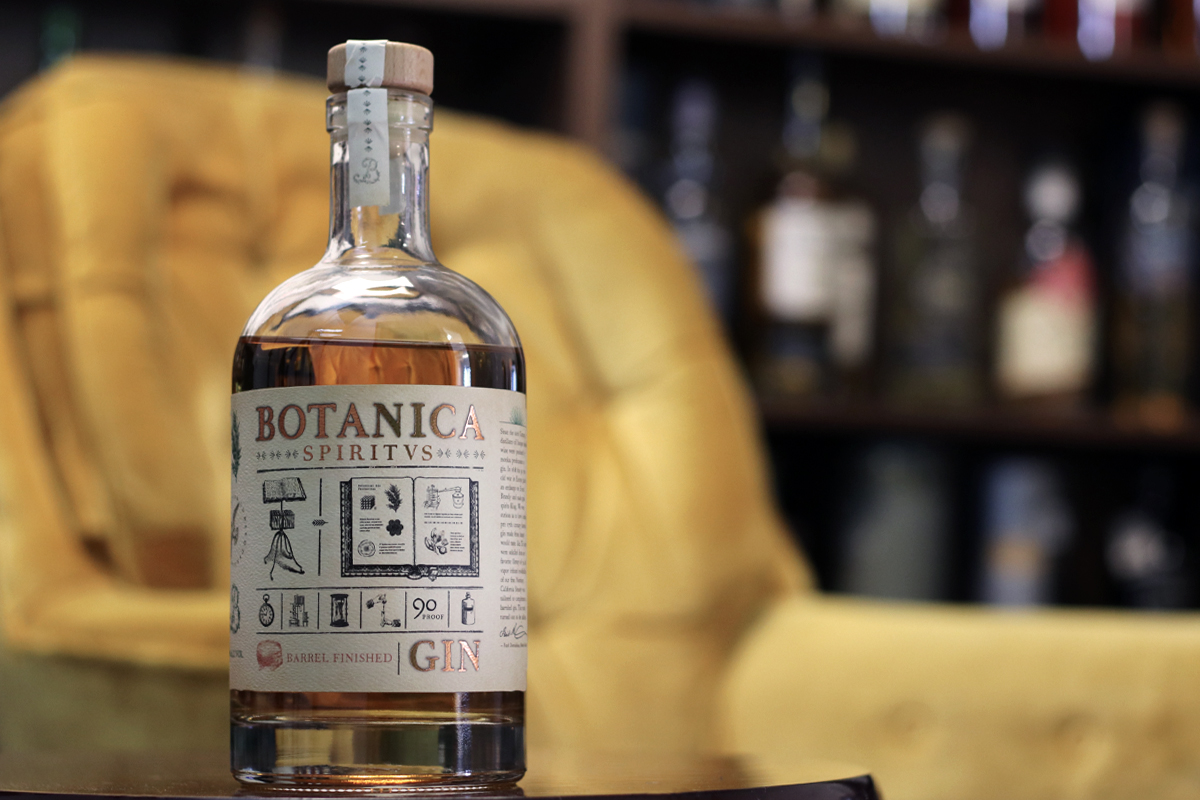 This American barrel-aged gin was made in a collaboration with cocktail and spirits historian David Wondrich. The recipe he referred to dates back to 1809 when American colonists were making a Dutch-style of gin using rye. New York Distilling Co uses its twice-distilled and unaged rye whiskey as the base. During a third distillation, juniper and hops are added to the still before the gin ages for three months in oak barrels. The result is a rich, whiskey-like gin in which there are distinctive spice and wood notes.