For only the second time in over one hundred years, a new Islay distillery will soon start producing whisky. Scott Laing tells us all about his family’s newest venture, and what it is like to work alongside industry legend Jim McEwan.

After years of planning, Ardnahoe Distillery is inching closer to completion every day, fulfilling a long-lived dream of Scott Laing, his brother Andrew and his father Stewart. The latter has been in the industry for over five decades. Together, they form Hunter Laing, an independent bottler of Scotch whisky. Soon they’ll join the ranks of Bruichladdich, Glenfarclas, Benromach and other independently owned Scottish distilleries.

“It feels good to be cementing our position in the whisky industry, showing that my brother and I are also in it for the long term”, says Scott Laing. Distiller spoke to him just before he was about to leave the company headquarters in Edinburgh. His destination? Islay, where he’ll welcome the Ardnahoe pot stills to their new home. Exhilarating times.

“It’s also exciting for my father. At a fairly ripe age, I think it is brave of him to start this new venture. Most people would be winding down their careers, or even be retired. It’s an impressive big step.”

Since splitting off from Douglas Laing and forming their own company in 2013, the family had been searching for a site for its first distillery. Eventually they settled on a location on the northeast coast of Islay. Neatly nestled between Bunnahabhain and Caol Ila distilleries, Ardnahoe has a breathtaking view of the Sound of Islay and the Paps of Jura. 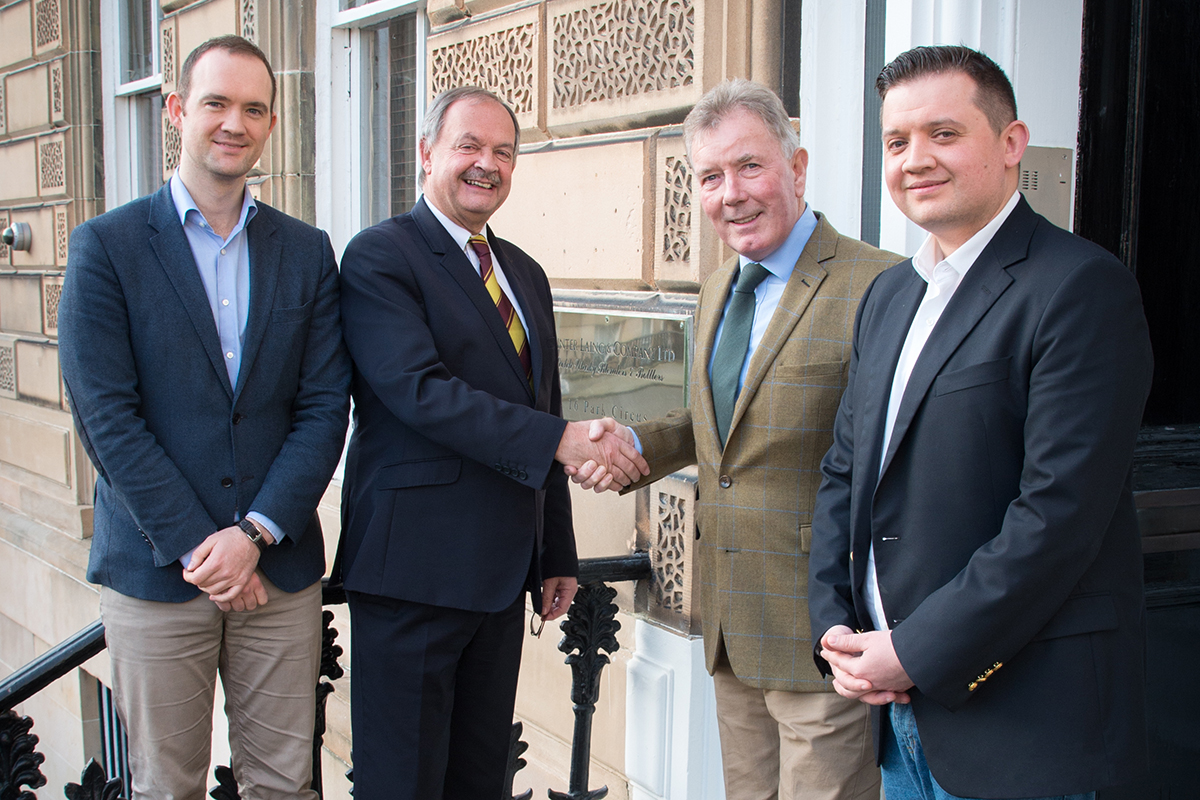 While Stewart Laing worked at Bruichladdich as a teenager, and he has natural affinity with the island, the Laings did look at other locations as well. “We kissed a lot of frogs on the road to Ardnahoe,” said Scott. “They didn’t all turn into princes. Granted, there were some nice ones, but none of them were quite right. We looked a Lowland distillery for instance, but it just didn’t work out. I think of it as a necessary process, something we had to go through instead of immediately finding the right site.”

The Laings have an abundance of experience with whisky, but they’ve never run a distillery. That’s why Scott and his family have lured whisky legend Jim McEwan out of retirement. McEwan has worked for decades at both Bruichladdich and Bowmore as a master distiller. He’s also a true Ìleach, a native of Islay.

“It’s been incredible working with him”, says Scott. “He has a ton of experience and has advised on a lot of things, like the shape of still, which should produce a heavier spirit. We’ll also be using traditional worm-tub condensers, which is unique on Islay.”

Ardnahoe will have a production capacity of 500,000 liters per annum, but since most everything will be done by hand, two fifths of that seems more likely. Islay’s ninth distillery will distill a classic peated style of Islay malt. Some experimenting is to be expected as well, with different types of casks or by using different PPM levels for the barley. 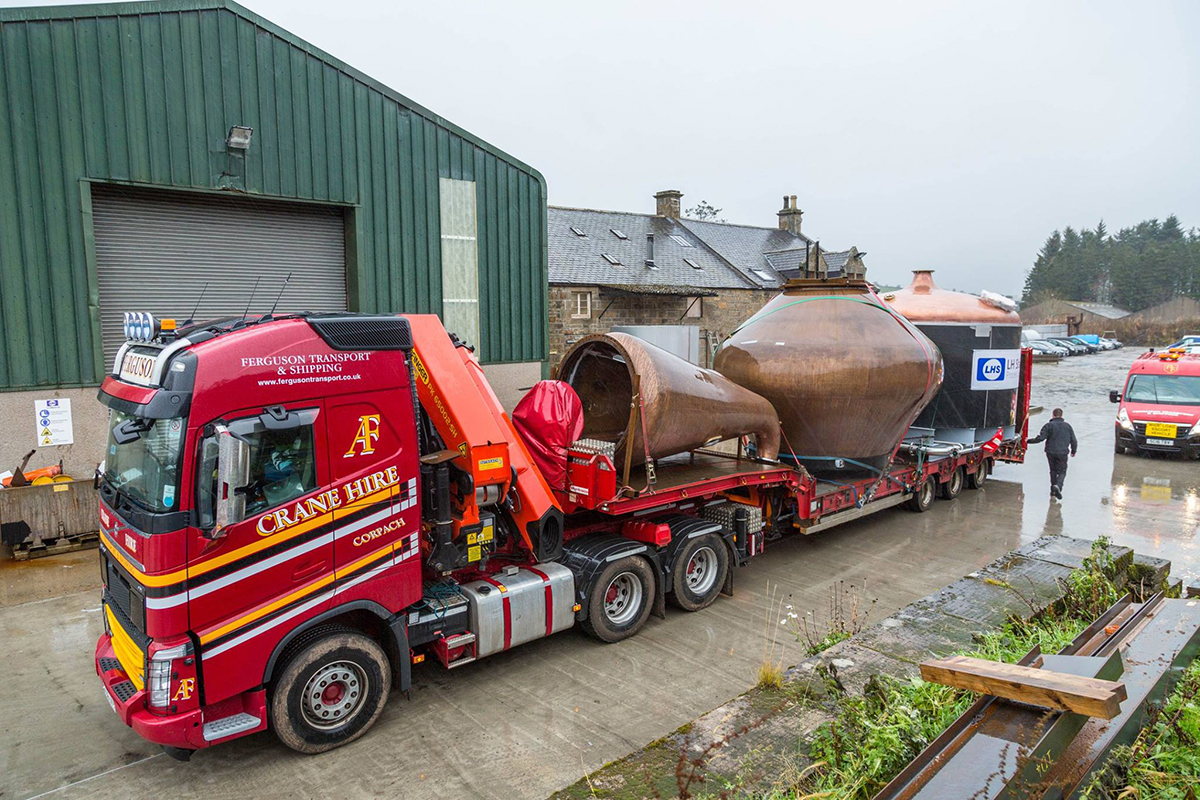 Stills on their way to Islay / Photo Credit: Ardnahoe Distillery

The first priority at Ardnahoe is to get the quality of the new-make spirit right. That means a slow production, with longer fermentation times and distilling at a deliberate, slow rate. Getting the spirit cuts right is another important future task.

“Jim doesn’t want to run the distillery as a factory, and we agree”, says Scott. “Quality is first, output second. It’ll be great to have a big global market for our whisky in a few decades time, but right now we don’t have to worry about producing huge amounts of spirit.”

The aim is to start distilling in spring, in time for the big Fèis Ìle Festival of Music and Malt. In anticipation of that moment, Scott and his family have started selling casks of Ardnahoe new-make spirit to private individuals. 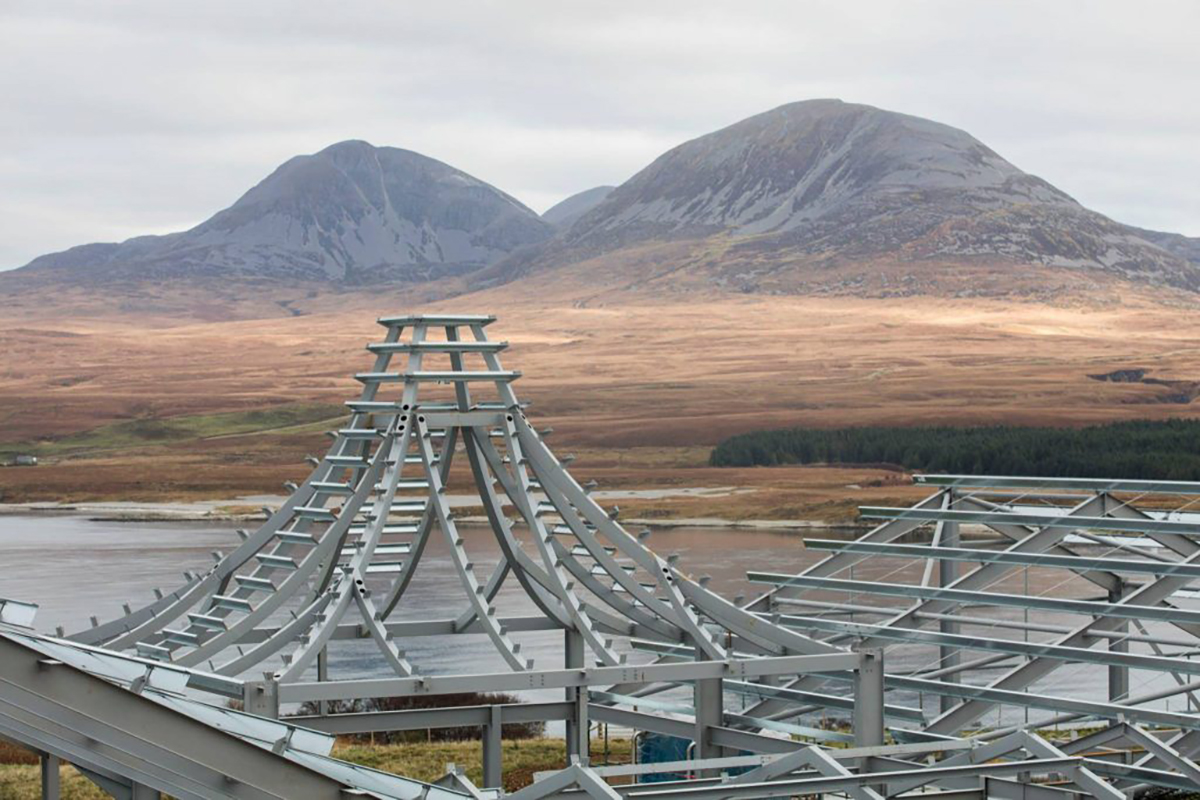 “We’re not trying to sell casks to the masses, it won’t be thousands of casks”, explains Scott. “Only a small portion of our output in the first year is allocated for private casks. We’d like people to be part of a small Ardnahoe family.”

Most of the whisky produced at Ardnahoe will mature elsewhere, but the people that buy a cask in the first year will have it stored on Islay. Something quite rare and unusual, as most whisky produced in Islay is shipped to big warehouse complexes on the Scottish mainland.

For those curious to try Ardnahoe’s whisky, they’ll have to wait a little while. Not even small batches of Ardnahoe spirit will be brought to market. “We want to wait until it’s whisky before we release it”, says Scott. “Probably after 3.5 or 4 years of maturation we’ll release our inaugural bottling, but of course that’s dependent on quality. If need be, we’ll wait longer.”

Whiskey Explained…Or is it Whisky?