The Best Hotel Bars Around The World

Let’s face it: the craft cocktail renaissance has affected most aspects of adult life. But perhaps no single sphere has transformed quite so profoundly as the hotel bar. You don’t have to look far into the past to remember sad spaces with glasses of lukewarm chardonnay. Those places maintained merely out of stubborn obligation to the least adventurous of business travelers.

Nowadays, many people come to the hotels expressly for the cocktails. If you happen to be staying there, as a happy bonus, you’ll remain within stumbling distance of your sleeping quarters. Extensive backbars, professionally curated menus, hip decor, and prime real estate. These are but some of the hallmarks of the 21st Century hotel bar. It’s what you’ll find at any of the following venues, from some of the world’s premiere travel destinations. So, if by chance you end up leaving the hotel, there’s presumably cool stuff going on outside, as well.

While hotel bars can assume all shapes and sizes, a common characteristic is a rooftop address. Many of the best examples reside in cities you wouldn’t normally expect to accommodate al fresco appetites. In the heart of downtown Seattle, Frolik — atop the Motif hotel — is whipping up some of the city’s most artfully-rendered mixers, with fun names to match. With Fronds Like These blends Ketel One with pineapple shrub, hibiscus and peach liqueur, bringing a taste of the tropics to the midsts of the Pacific Northwest.

In Chicago, the LH Rooftop above the LondonHouse provides three levels of drinking overlooking the river, as it empties out into the vastness of Lake Michigan. While weekend crowds in the summer might seem like the vodka and soda set, the backbar actually appeals more to the advanced palate with a wide assortment of trusted treasures. There’s a handful of Japanese whiskies, multiple mezcals, and craft-focused American releases such as High West’s Yippie Ki-Yay. Try the Chicago cocktail. It’s their sidecar variation, adding Amontillado sherry and sparkling wine for an elegant, spirit-forward pour.

The DoubleTree Times Square West holds a hidden gem on its 37th floor rooftop. While there’s little signage to suggest such on the street, an elevated drink menu can be found here, populated with tropically-inspired mixers such as the Apple of Mai Eye, combining Maker’s Mark with cider and nutmeg syrup. Just a block removed from the Great White Way, the bar is a great way to gawk at the frenzied masses of midtown. All the while maintaining a comfortable distance, hundreds of feet above. Pro tip: the hotel’s trademark fresh-baked cookies make a perfect accompaniment to a well-crafted White Russian.

Boston’s rooftop bar scene is stepping up its game, sizably. Witness the Sky Lounge, atop the Seaport district’s newly-opened Yotel.  Frosé slushies and large format punch bowls highlight the playful collection of cocktails. The Regal Mojito is enough to slake the thirst of a foursome, subbing in Chivas 12 where you expect to find rum. Views of the surrounding cityscape are sweeping, from the harbor into downtown. 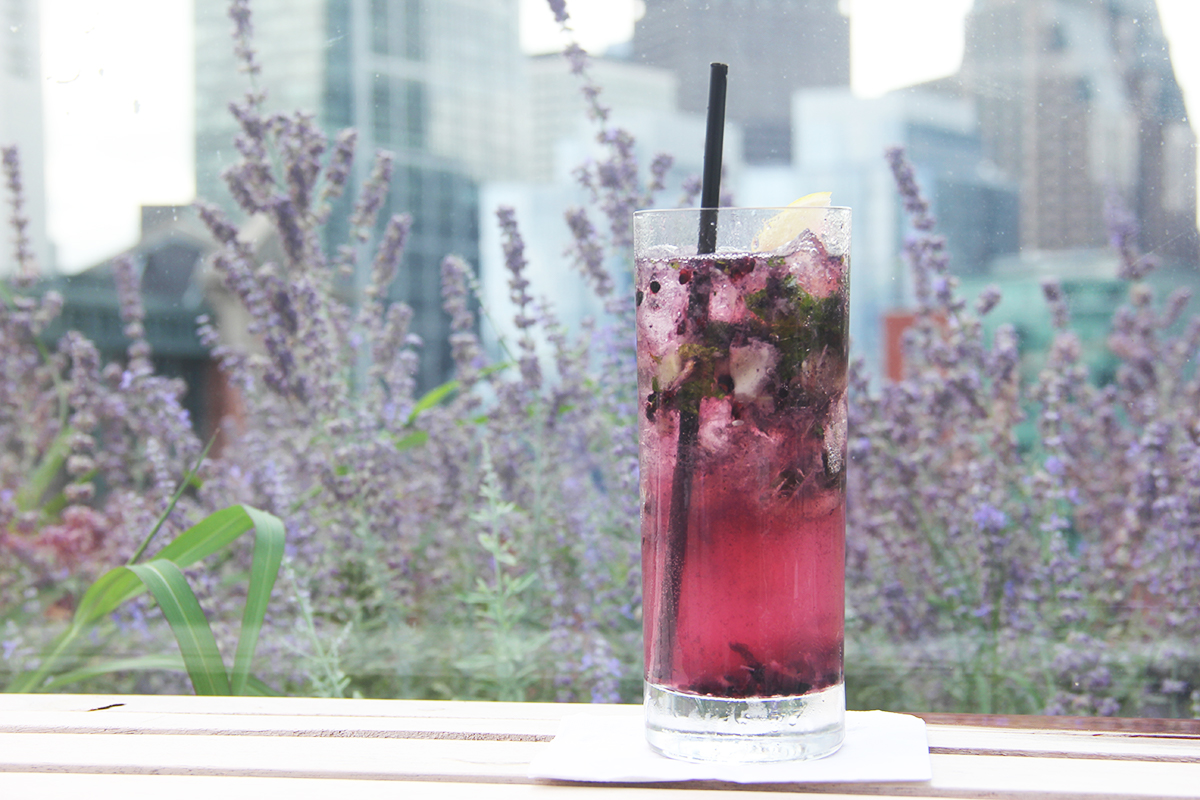 Elsewhere in town, Hojoko holds down one of the most inventive, Asian-inspired menus in the country, under the shadows of Fenway Park in the Verb Hotel. Alongside a battery of frozen craft cocktails, are a host of unexpected hybrids. The NYC—>TKO, for example, is a sour spiced up with Japanese whisky, bonded bourbon, and plum wine; sublimely sipp-able while maintaining a spirit-forward edge.

Across the country in the Berkeley Hills, the Claremont Hotel and Spa enjoys superior views of the San Francisco Bay, with the majestic Golden Gate hovering in the horizon. Their outdoor patio is home to Limewood — a newly-revamped bar and bistro. Drinks here lean heavily on locally-sourced liquor, such as the remarkable craft of St. George Spirits. The Grizzly Gimlet showcases the botanical breadth of the brand’s Terroir Gin, while the even more herbal-laden Botanivore forms a strong foundation for the bar’s exquisite 40 day barrel-aged Negroni.

Earlier this year, the Lebua Hotel in Bangkok opened Alfresco. At nearly 800 feet above the city, it is billed as the world’s highest whisky bar with a lofty list of single malts to match. Much of the menu features Chivas — including a bottle specially selected for the hotel, from the brand’s legendary Strathisla distillery.  This is a premiere destination for tightly-allocated labels from across the globe. Whisky connoisseurs would travel far and wide for such an experience, exciting all the senses in equal measure. 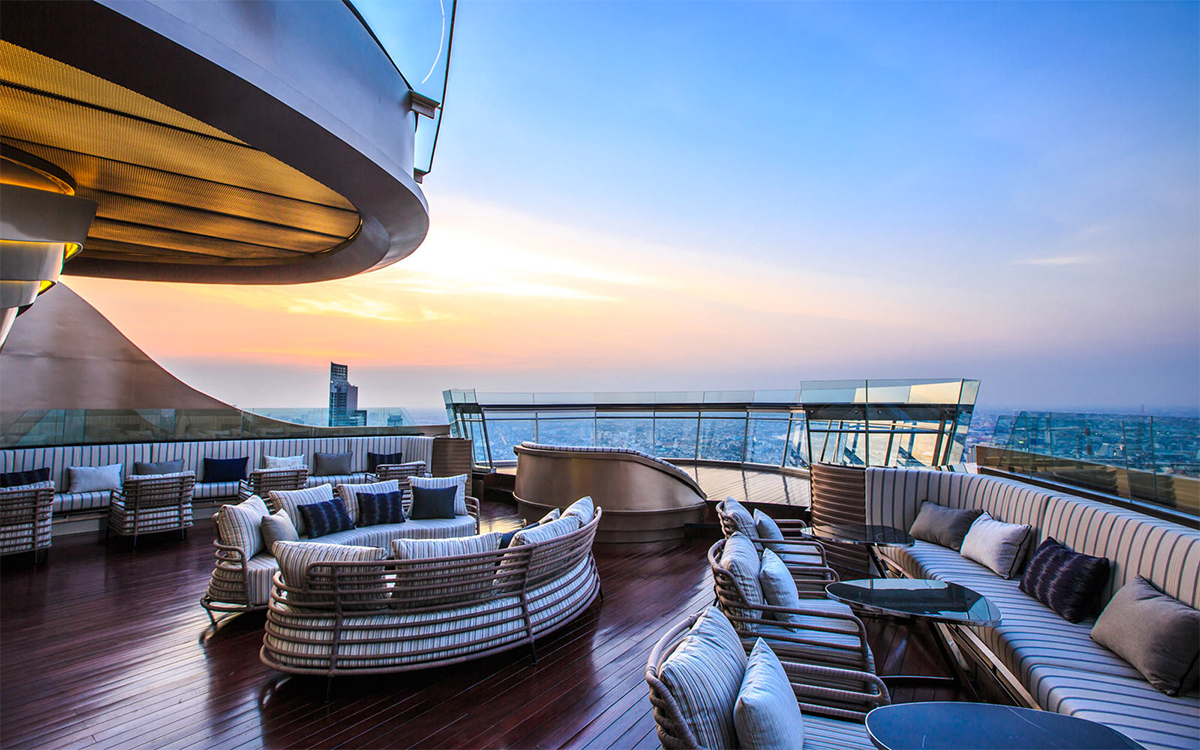 Hotel bars in Southeast Asia are in a league of their own, offering cutting edge showmanship and hospitality. But for sheer scenic splendor, it’s difficult to outdo the Rock Bar at Ayana Resort and Spa in Bali. Positioned, quite literally, on crags jutting out of the Indian Ocean, you need to ride down a funicular hugging the cliffside, just to arrive at its gravity-defying patio.

It would be all too easy for a cocktail menu to coast on its panoramic laurels. But the drinks here demand attention of their own. Relying on the fresh flavors of the region, tipples incorporate flavors such as yuzu puree, lychee liqueur, and fig-infused gins. Even the gin and tonic is modified with mango juice and coriander leaves into an aptly named Tropical Temptation. Seeking to recreate this magic on dry land, the resort recently took to the trees launching Forest Bar, perched atop the dense thicket of Bali flora. 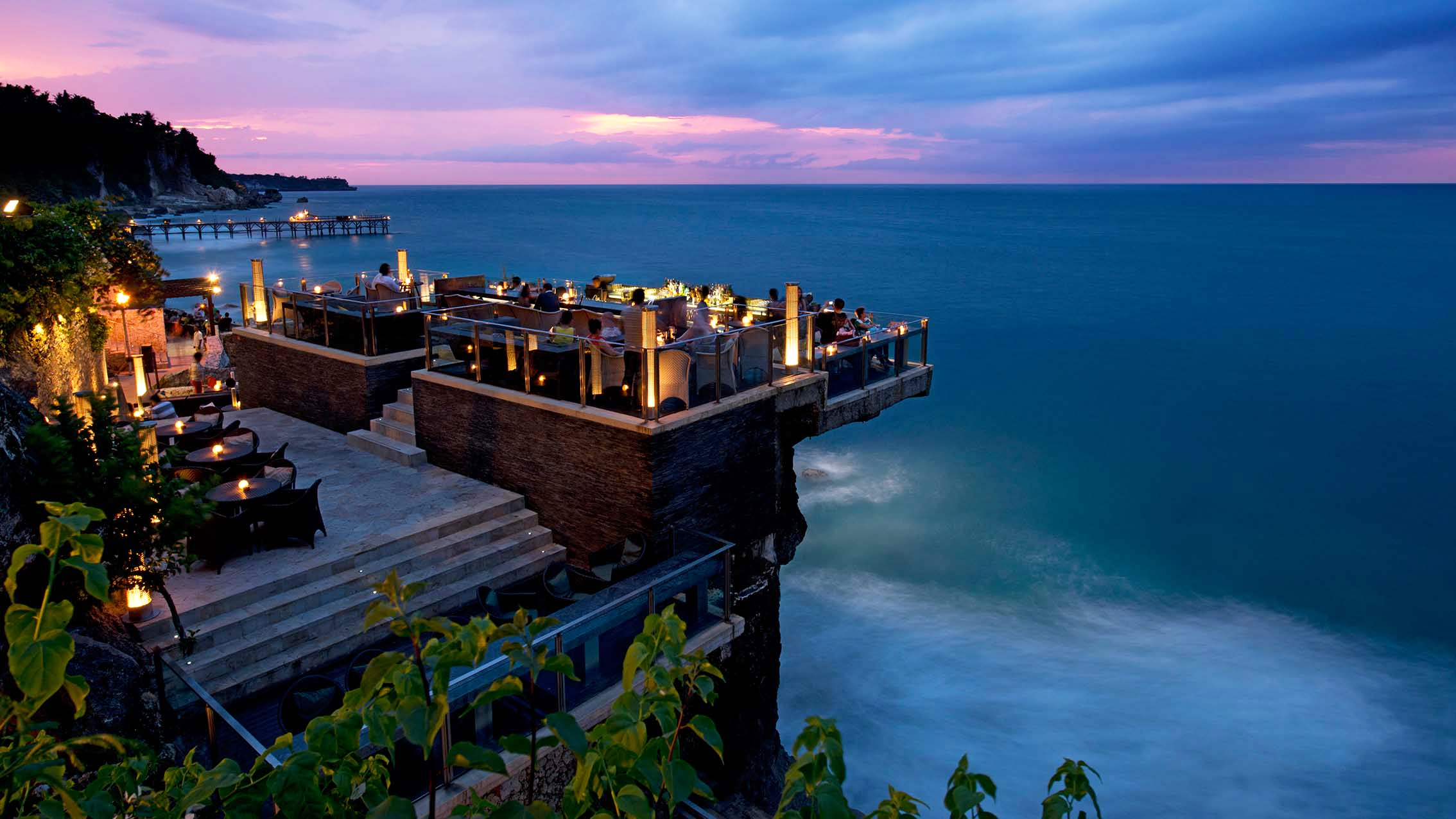 From the urban dynamo of the inner city, to wooded wonderlands of tropical splendor — today’s high end hotel bars know no bounds. Wherever your travels take you, a well-composed cocktail should never be too far from your temporary home on the road. When it comes to the best of the best, the list is lengthy. And growing. It would take a lifetime of wandering to experience it all — not that that should stop you from trying. But if you can make it the ones mentioned above, you’ll be off to a great start. And a beautiful buzz.

Ready to visit the best hotel bars in the world?