The type of glass in which you pour your whiskey might not matter much to the uninitiated. But in reality, the whiskey glasses you choose can have a big impact on your enjoyment—and indeed—appreciation of whiskey. Whiskey (or aqua vitae) has been around since the Middle Ages, but only in recent times have we begun to consider the best whiskey glasses to drink our beloved tipple from.

Originally, there was really only one vessel to choose from: the quaich. It’s a term derived from the Gaelic word “cuach”, which means cup. They first appeared in the 1600s and originally were made from wood. However, in the centuries after, silversmiths began to improve upon and enhance the original design.

A quaich more or less looks like a small bowl with two handles on either side. Drinking from it sort of resembles as if drinking from one’s own hands. Although it’s not the ideal glass, the quaich still plays an important part in certain Scottish social gatherings, as it traditionally has for many hundreds of years. Its most prominent use happens during the bi-annual induction of new members to the Keepers of the Quaich, an exclusive society honoring those that have shown outstanding commitment to Scottish whisky. 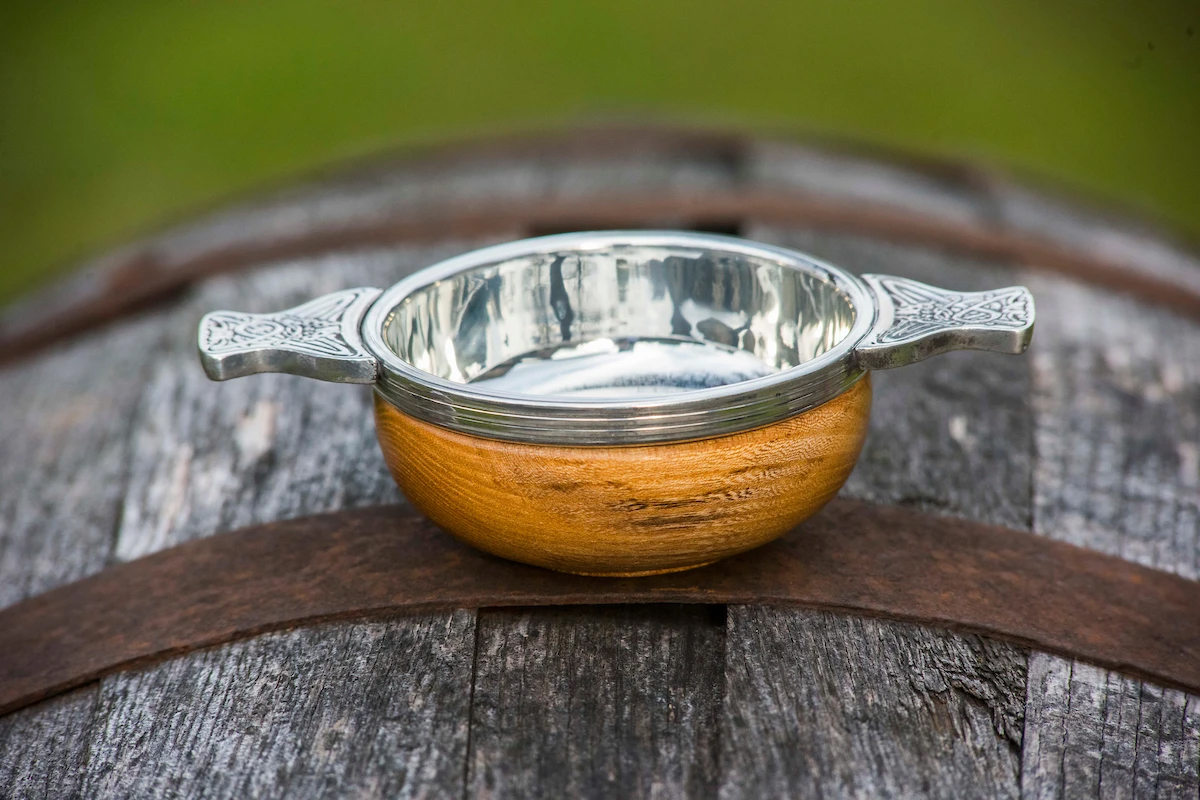 In the right circumstances drinking from a quaich is an experience. But it’s not one exactly suited for optimum enjoyment in your own home. Luckily, with the rising popularity of single malts and other whiskeys, enthusiasts are now spoiled for choice when it comes to whiskey glassware. We’ve highlighted a few of the best whiskey glasses for your home bar, from the extremely casual to the super geeky.

The humble tumbler is probably the most well-known whiskey glass in the world, mainly due to its depiction as such in pop culture. It’s a short, wide glass without a handle or stem that lends itself perfectly for those less pretentious moments. This is especially true when you’re looking to chill your whiskey over ice. It’s also superbly suited for certain classic whiskey cocktails, such as an Old Fashioned or a Mint Julep, because its wide base makes it easy to muddle cocktail ingredients. 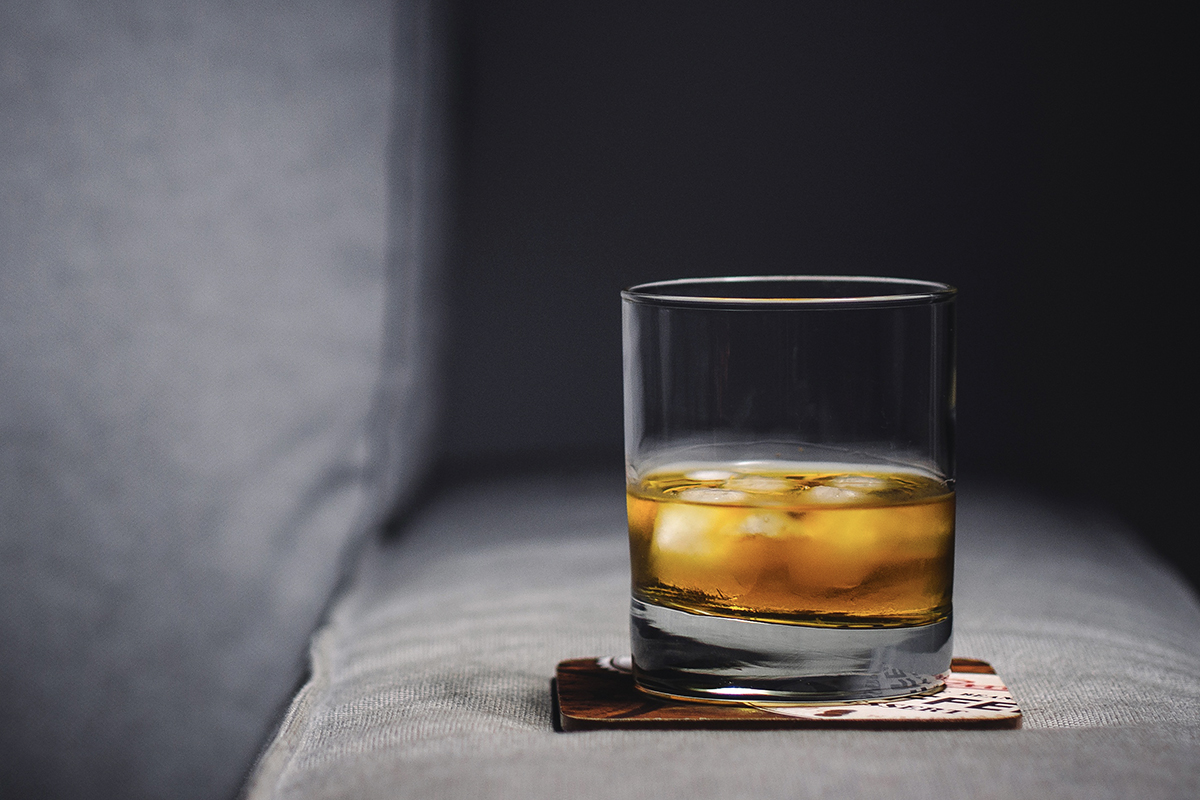 The Glencairn is the glass of choice for many enthusiasts and probably the most commonly available tulip-shaped glass. You’ll find it at distilleries and shops, as well as festivals and tasting events around the world. The roots of the Glencairn glass, which was first introduced at Whisky Live in 2001, lie in the traditional nosing glasses used by blenders around the world. It’s more robust than other similarly shaped glasses, which comes in especially handy in more crowded situations in bars. Of course, this is less of a concern when enjoying a dram at home. The bowl concentrates aromas and allows for an increased organoleptic experience. 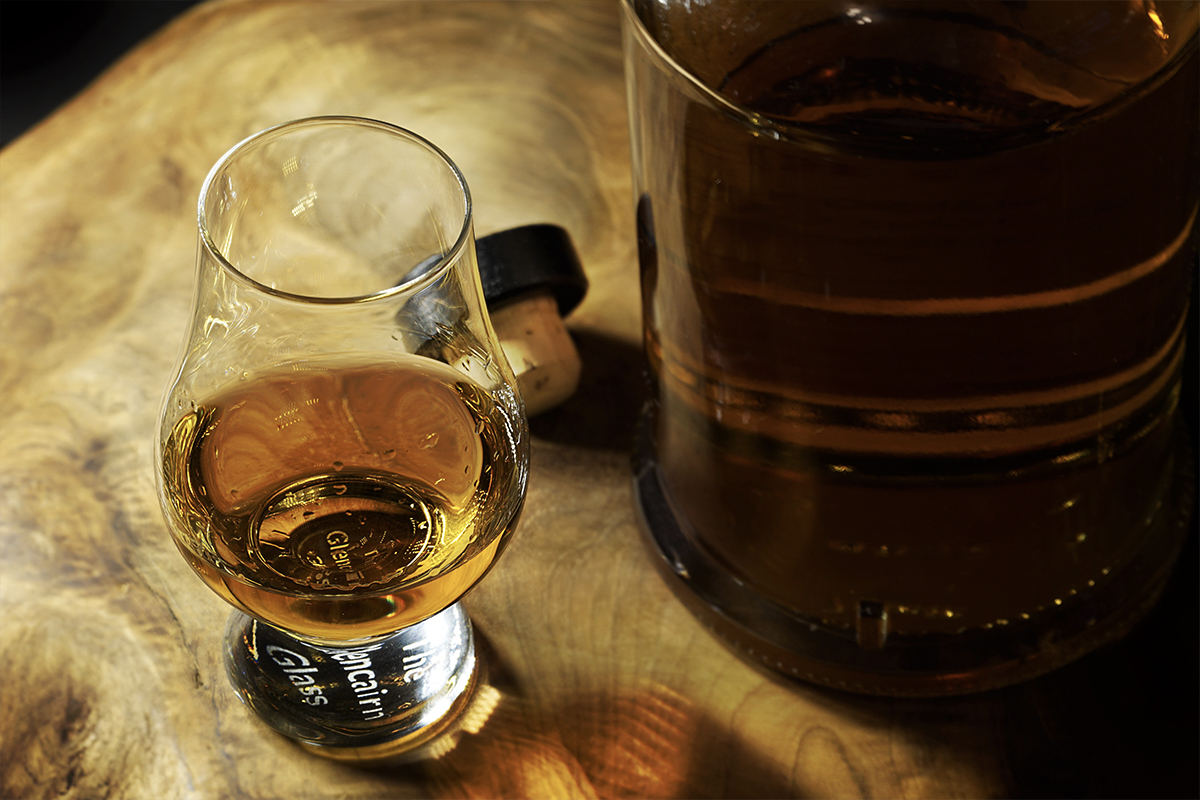 The Norlan Glass is a modern take on a tulip-shaped glass, but with a few remarkable features. For one, it has a double-walled structure, preventing the whiskey from being warmed-up by your hands. This practice is encouraged by some (in an effort to release aromas) but frowned upon by others—the makers of the Norlan Glass firmly settle in the latter camp. The inner glass has protrusions at the bottom, which increases the surface-to-air ratio and rate of oxidation when swirling. In theory, this allows the whiskey to become more expressive. 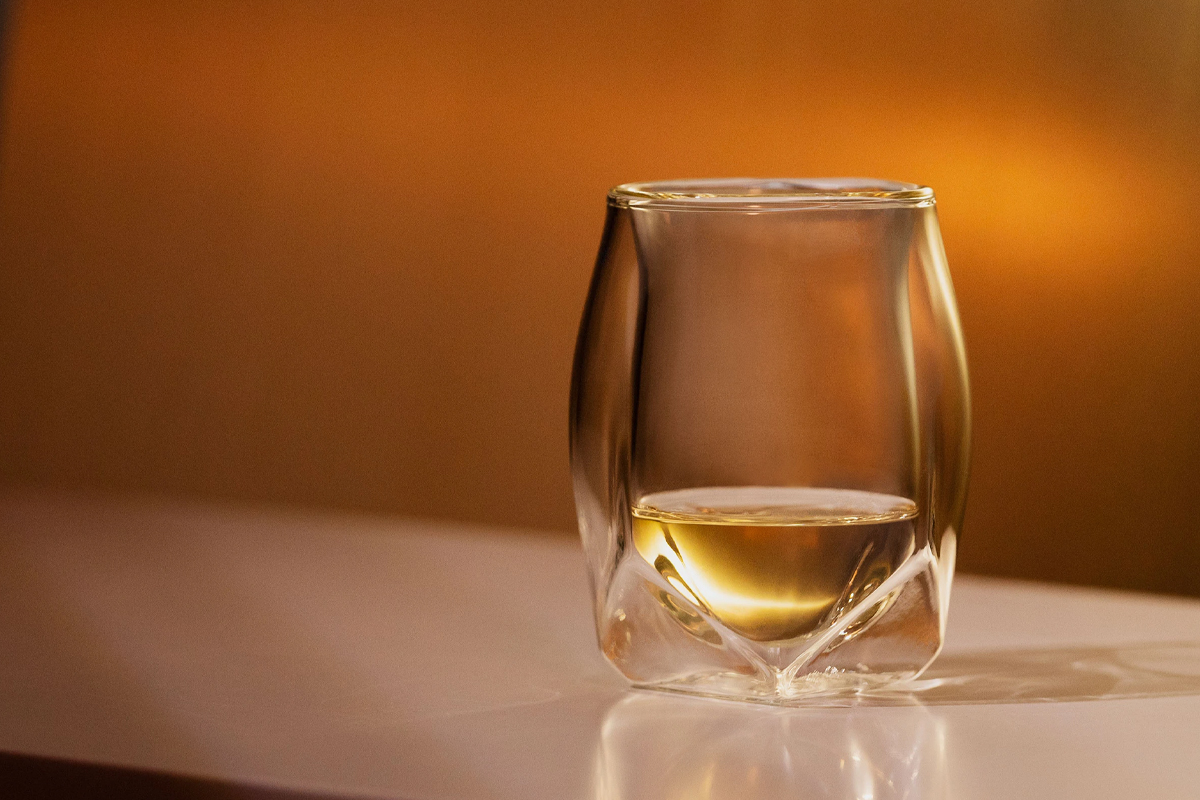 The copita glass is the preferred vessel for many master blenders around the world. These stemmed glasses sit by the hundreds in their offices, but have also found their way into the homes of whiskey connoisseurs. Originally, copita glasses were used by traders to verify the quality of imported sherry in the 1700s. Mind you, this happened not in sterile blending labs, but rather on the docks of harbors. Hence, the copita is also referred to as the “dock glass”. The stem prevents the drinker’s hand from interfering with the aromas, which are concentrated in a similar way to the Glencairn glass. 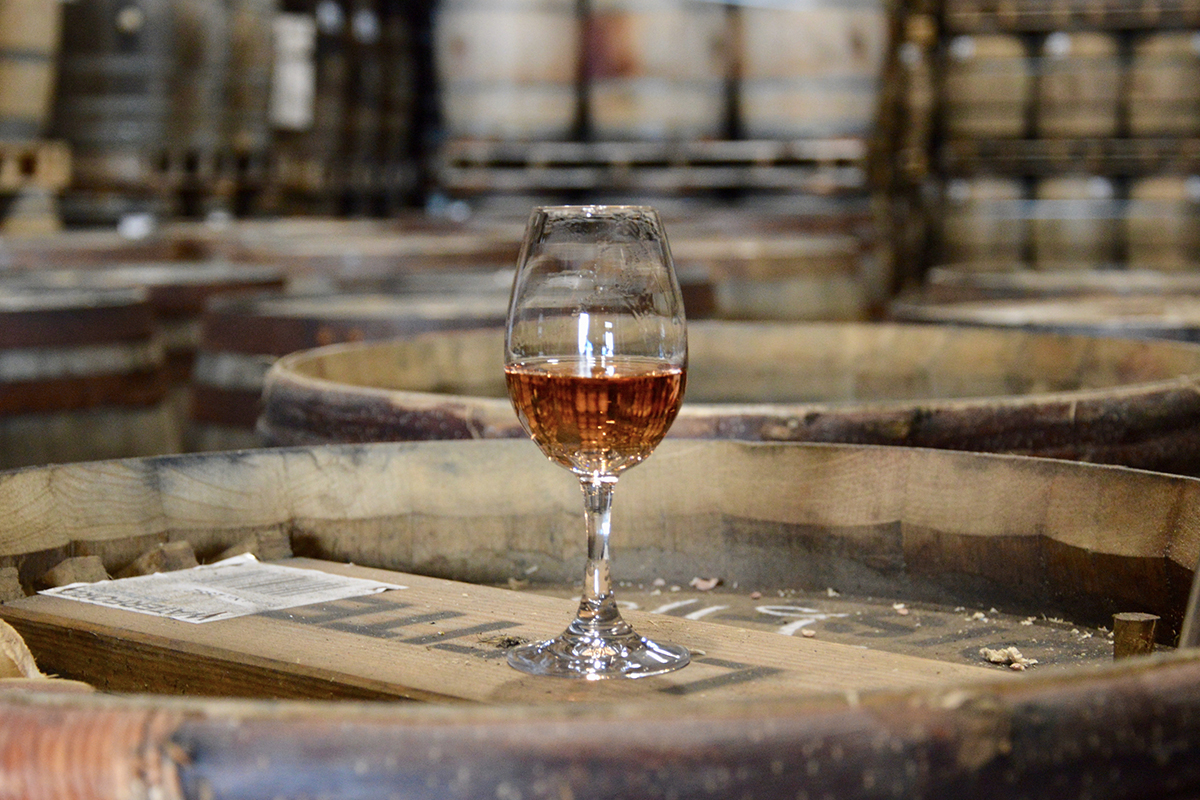 Probably the geekiest whiskey glass out there is the 1920s Professional Blender’s Glass. It’s a throwback-style glass developed in conjunction with whiskey writer Angus MacRaild. The design—featuring a large onion-shape bulb and small opening at the top—is based on what whiskey blenders used in the olden days. It concentrates and amplifies aromas well. Furthermore, it works great with old, low-strength whiskeys of which the aromas might quickly disappear otherwise. 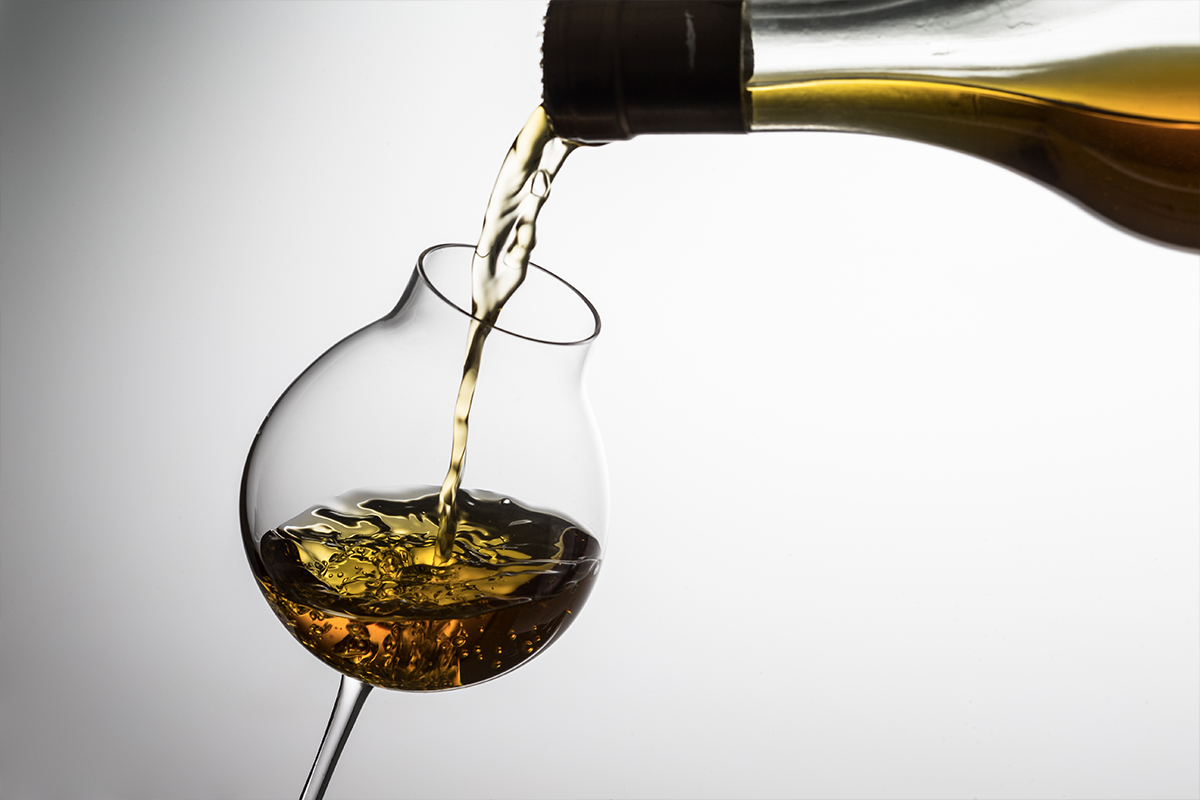 Now that you’ve learned all about some of the best whiskey glasses out there, it’s time to pour yourself a dram and put your new-found knowledge to the test.

Berry Liqueurs to Add to Your Collections