Douglas Laing & Co, one of the leading Scotch whisky bottlers in the world, has been around for over seven decades. The family business has shown remarkable growth in recent years, not the least of which is thanks to its Remarkable Regional Malts. This series is a collection of blended malt whiskies based around the different whisky regions of Scotland. The most iconic of the Remarkable Regional Malts is the sturdy, rugged, smoky Ileach Big Peat—the first of the series and now celebrating its 10th birthday. Apologies, his 10th birthday, as Big Peat is lovingly referred to as an actual human person in the Glasgow offices of Douglas Laing & Co.

Disruptive is a term often thrown around in modern marketing, but Big Peat can safely claim to be one of the original disruptors of Scotch whisky. Even today Scotch whisky is still associated with armchairs and log fires. While this is slowly changing, ten years ago the idea of a cartoon character like Big Peat on the label of a malt whisky was a stage too far for many.

“A lot of people said they couldn’t buy it, such as our importers. At trade shows people wouldn’t drink from the bottle. Initially I had to send cases for free. I told them: ‘You’re an old generation like me, but please remember there’s a younger generation for whom life is still fun’.”

That’s Fred Laing remembering the introduction of Big Peat. He’s the Chairman and paterfamilias of the family business. He runs Douglas Laing & Co—the company his father founded—together with his daughter and Director of Whisky Cara Laing, and his son-in-law and CEO Chris Leggat. 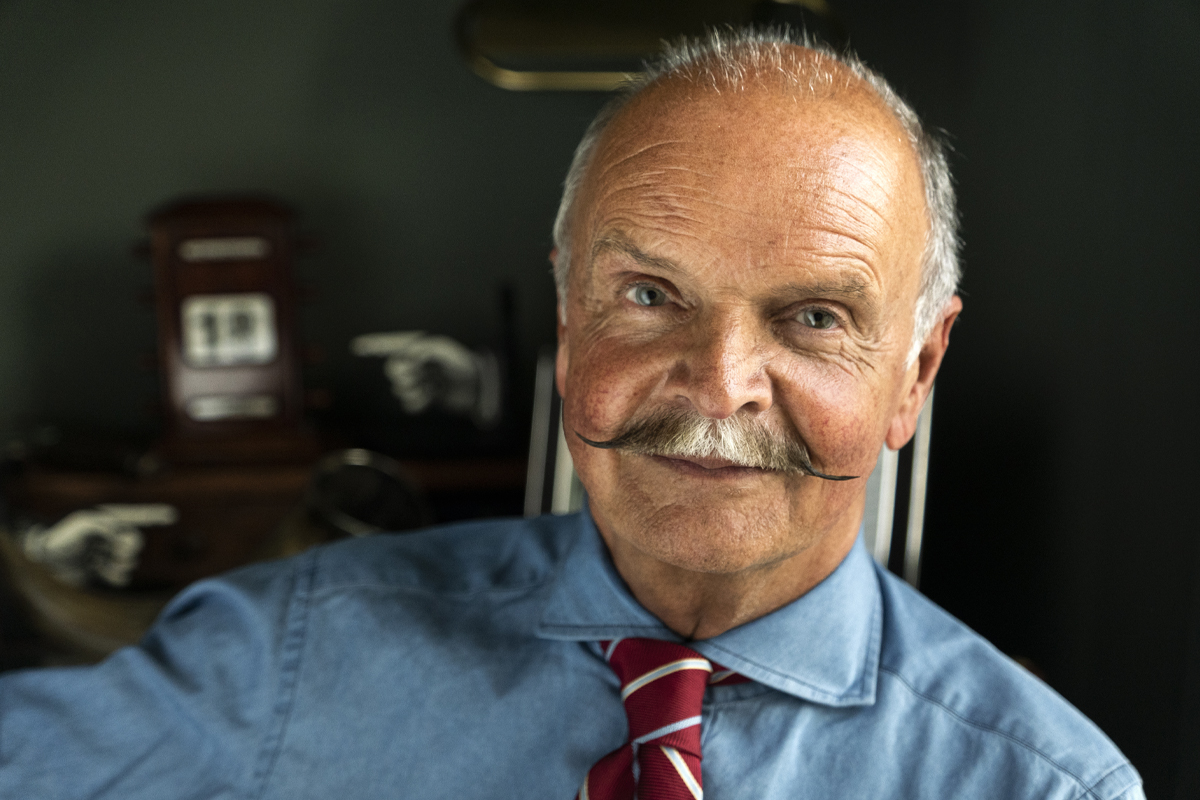 Distiller recently exclusively interviewed Fred Laing. We talked to him about his beloved Big Peat and the inclusion of Port Ellen, as well as his fondness for blending.

This interview has been edited for length and clarity.

Distiller: When you first thought of Big Peat ten years ago, did you ever expect him to build the fanbase he has?

Laing: “No, it was only about four or five years ago that I realized this. Anybody who is fond enough of Big Peat to have a tattoo applied to his arm or leg, that’s got to be a cult-ish following. There’s even a group that call themselves Big Peat Nerds. They came across for a celebratory dinner a few months ago and flew in from all over. It’s very warming for us to see that sort of interest.”

Distiller: What do you remember about the inception of Big Peat?

Laing: “At that time, the boys from our design company could not afford the very high price we charged for a Port Ellen commemorative bottling for our 60th anniversary. They asked me to describe the flavors. While doing that, the words big peat stuck in my mind.

So I said, ‘Please sketch me a big Islay fisherman who’s just coming of his boat.’ The designer then drew me Big Peat, but he was smiling. I said, a bit cheeky, ‘No, he’s just about to meet his wife, so he needs a big drink of strong Islay whisky.’ So, he rubbed out the smile and drew in Big Peat’s grimace.” 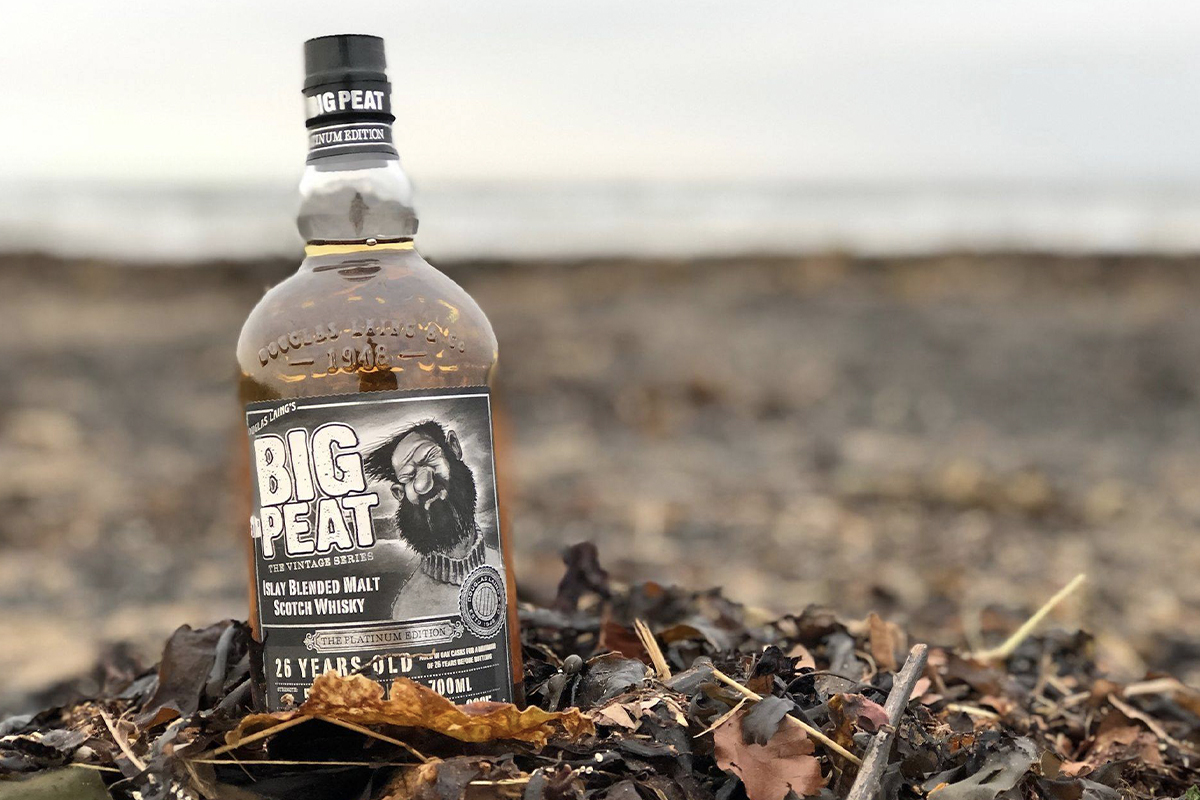 Distiller: A single drawing does not a whisky make. How did you actually create Big Peat’s whisky?

Laing: “Together with Jan Beckers, our malt ambassador at the time, we arrayed all the different Islay whiskies we had, and started playing with different percentages. Because the guys in the west of Scotland have a sweet tooth, I ended up with a somewhat sweeter version of an Islay malt, but still with all the coal dust, chimney soot and bonfire ash that I wanted.”

Distiller: Part of the legend of Big Peat is the inclusion of Port Ellen in the recipe, an iconic closed Islay distillery.

Laing: “Obviously we had more stock of Port Ellen ten years ago. But nowadays I can put Port Ellen in with a little more confidence than I used to. As our casks get up to 35 and 36 years of age, I notice that they’ve lost some of the big phenolic, iodine and maritime influences. In all fairness to our single cask category, I can’t release these with any confidence. But it’s still a very attractive name to have on any whisky bottle. I will not tell you what the percentage of Port Ellen is in Big Peat. It’s not a lot, but it’s certainly in there.” 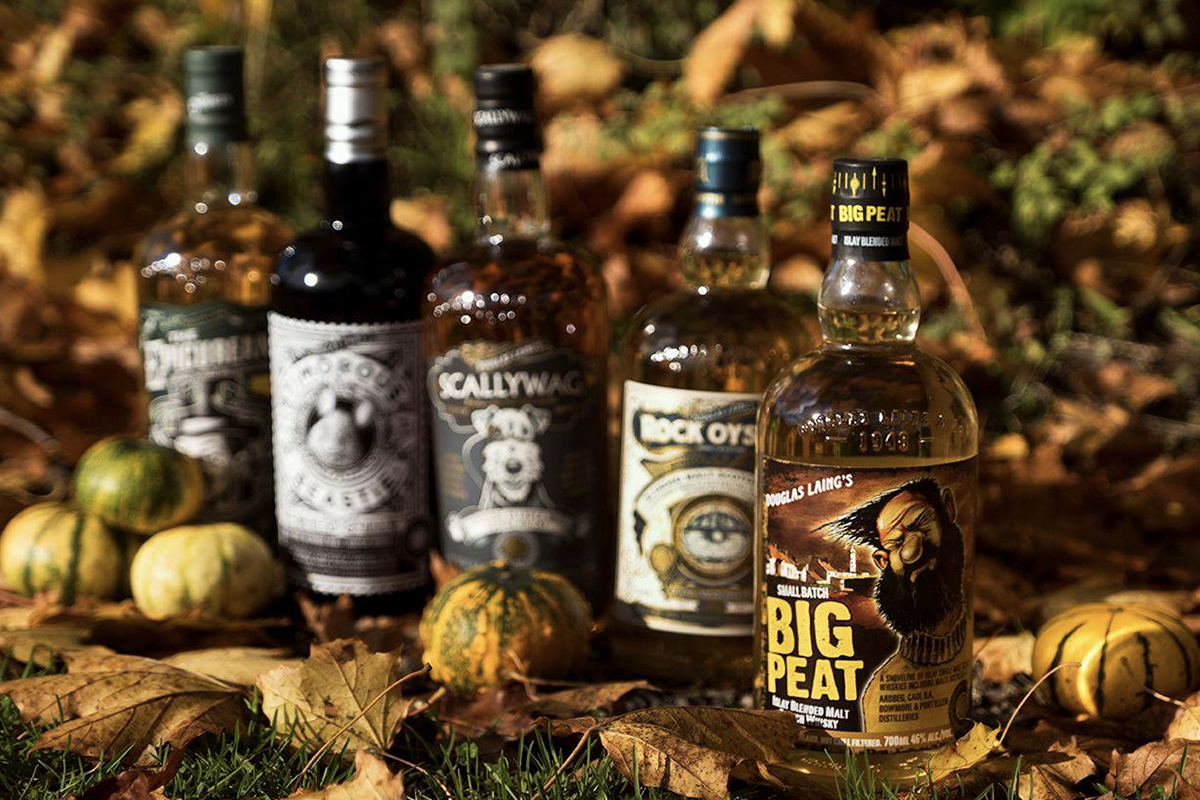 Distiller: What gives you more satisfaction: finding a gem of a single cask landing on the right recipe for a blended malt?

Laing: “I can wax lyrical and poetic about the beauty a single cask can part onto a whisky. I love the effect that mother nature has through the oak. The vatted malts obviously give me great satisfaction also. Not only because of the creative process surrounding the brand name and packaging, but also the marrying of all the distilleries of your choice. I think there’s maybe more of a personal ego at work when you see the benefits of the vatted malts coming to fruition.”

Distiller: Was it always the plan to introduce a blended malt for each whisky region?

Laing: “Big Peat came from the heart and a sense of fun. Scallywag, our second regional malt, came from a similar place as it was based on our own fox terrier. Then a little bit of commerce took over and my daughter Cara felt that we had some possibilities to develop the theme. It made sense for us to create Timorous Beastie, Rock Island, Epicurean and more recently The Gauldrons, a vatted malt for the Campbeltown region.”

Distiller: What does the future hold for Big Peat?

Laing: “We believe he has a great future. We continue to invest heavily into our relationships with the Islay distilleries of our choice. We have so much fun with Big Peat in terms of special editions also. We’ve had special bottlings for the Netherlands, Japan, Paris, Edinburgh, Berlin and London. It’s a lot of fun putting him in a striped jersey for Paris or a rugby jersey for the World Cup in Japan. I think the US market might see some specials through the course of next year.”