For hours on the drive into and through Iowa, there are cornfields as far as the eye can see. Nebraska may be home to the Cornhuskers, but no state grows more corn than the neighboring Hawkeye State. Here golden-flecked green stalks stretch to the horizon and beyond in every direction. You’re in the heartland in Iowa. And while Kentucky is the home of bourbon, perhaps bourbon’s rightful homeland is the same place all that corn comes from. Which brings us to Cedar Ridge Distillery, located in the town of Swisher just outside of Iowa City.

Founded in 2005 by Jeff Quint, Cedar Ridge Distillery was the first licensed distillery in Iowa since Prohibition. My visit here was just a week after the state was torn apart by a powerful derecho, a calamity which received startlingly little national attention. Thankfully the distillery emerged largely unscathed. Equally important is that their corn supply is still secure, despite some estimates indicating that over 40% of the state’s crops were damaged.

There are now three generations of Quints involved with the distillery. Wife and co-founder Laurie’s parents grow corn on the family farm. And son Murphy Quint serves as director of operations and distiller after a several year stint at Stranahan’s. “It was time to return,” he says. 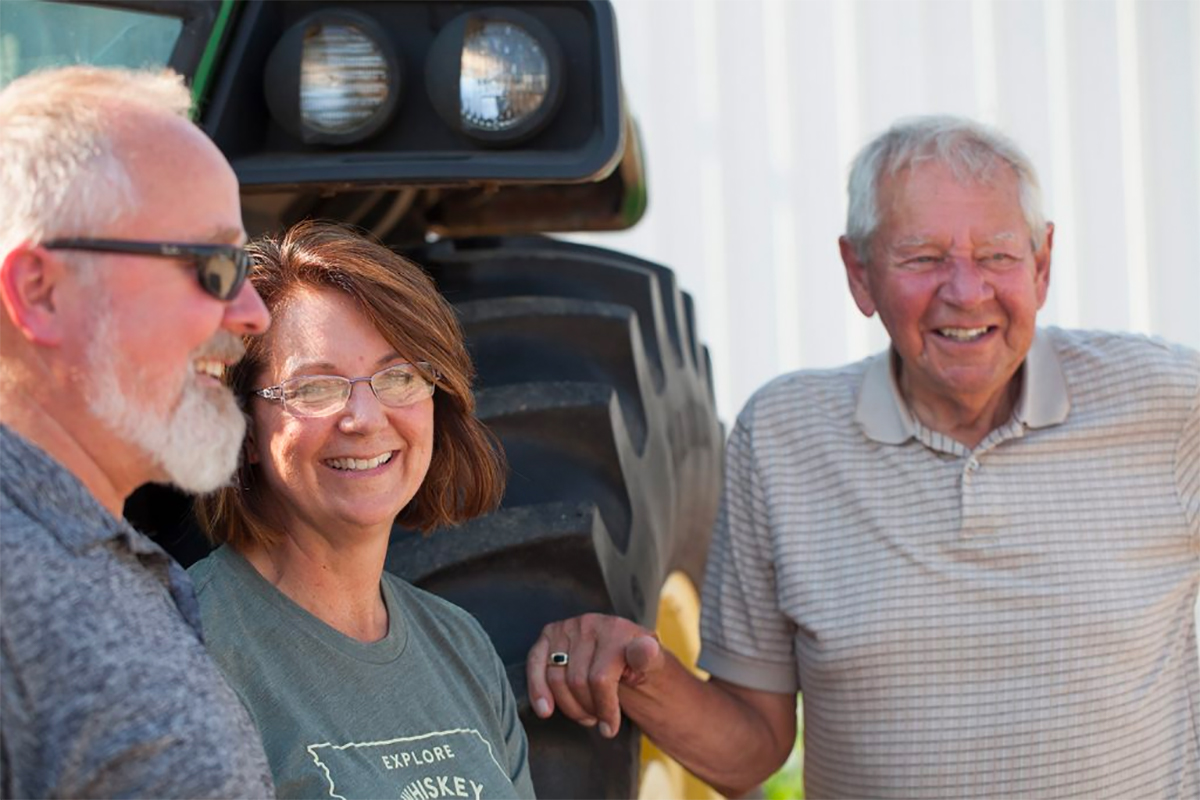 A good time at that. Cedar Ridge Distillery makes the 3rd best selling bourbon in Iowa, behind a couple of “small” brands known as Maker’s Mark and Jim Beam. Over the years their whiskey has taken huge strides forward, as you’d expect from a once-fledgling operation which now has a 15 year track record. New stills have been installed and production has increased to approximately 2,500 barrels per year. The brand’s stock is coming of age, along with bottled in bond releases.

Quint points to several main factors in the improved quality, beyond simply experience with the craft. “We’ve improved on our blending over the years,” he says. They’ve also increased the proof on their whiskeys, raising the bourbon – made with a 74% corn, 14% malted rye and 12% malted barley mash bill – from 80 to 86 proof, and their single malt from 80 to 92 proof. A fitting move, as tasting their product at cask strength is where it truly shines.

Cedar Ridge began as a winery, though distillation is now the far larger operation. But keeping the wine flowing is beneficial for the spirituous side, too. “One of our big advantages is that when we do barrel finishing, we have our own wet barrels to use,” Quint says. “And you can absolutely taste that difference.” Besides the freshness of those barrels, they also have access to a diverse assortment, including red and white wines, port-style fortified wine, apple, pear and grape brandy, and on down the line. 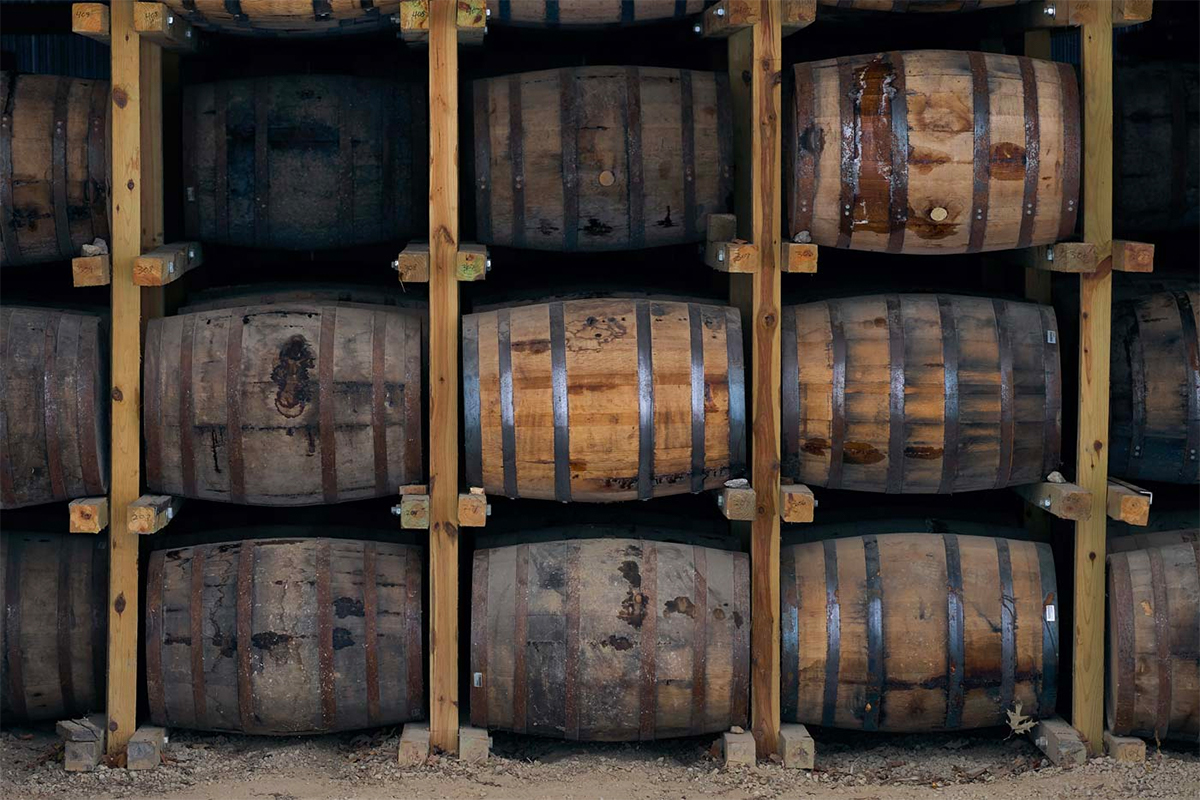 Indeed, it is all about Iowa at Cedar Ridge Distillery, and not just with that corn and those grapes, but also the climate. “We want Iowa’s climate to impact the maturation of the whiskey,” Quint says. While they have several traditional rickhouses, and more on the way, several of their barrel storage areas are partially exposed to the elements. These facilities face the seasonal wrath of scorching summers and freezing winters, providing intensive seasonal breathing. Moreover, this results in a lofty angel’s share of about 22% after three years.

Inside those warehouses is where you’ll find all kinds of fun experiments. Port-finished and pear brandy-finished single malt are just a couple of examples. A potential distiller’s edition stashed away in sherry butts, tantalizing in its richness and depth, is another. Meanwhile, there’s bourbon getting older and older, up to six years, along with similarly aged rye whiskey stocks.

If You Build it, They Will Come

It might be a family operation in farm country, but don’t let that fool you into thinking that Cedar Ridge Distillery is a small-time deal. “Once people get here they understand what we’re doing. We’re not just a ‘mom and pop shop.’ We have inventory. The whiskey is good,” Quint says.

“I would have so much pride if in 10 or 20 years, people were like I’m going through Iowa, I have to come through Cedar Ridge,” Quint says. “Once you get off that flat interstate, you see that there’s a lot of beauty and things to explore here.” 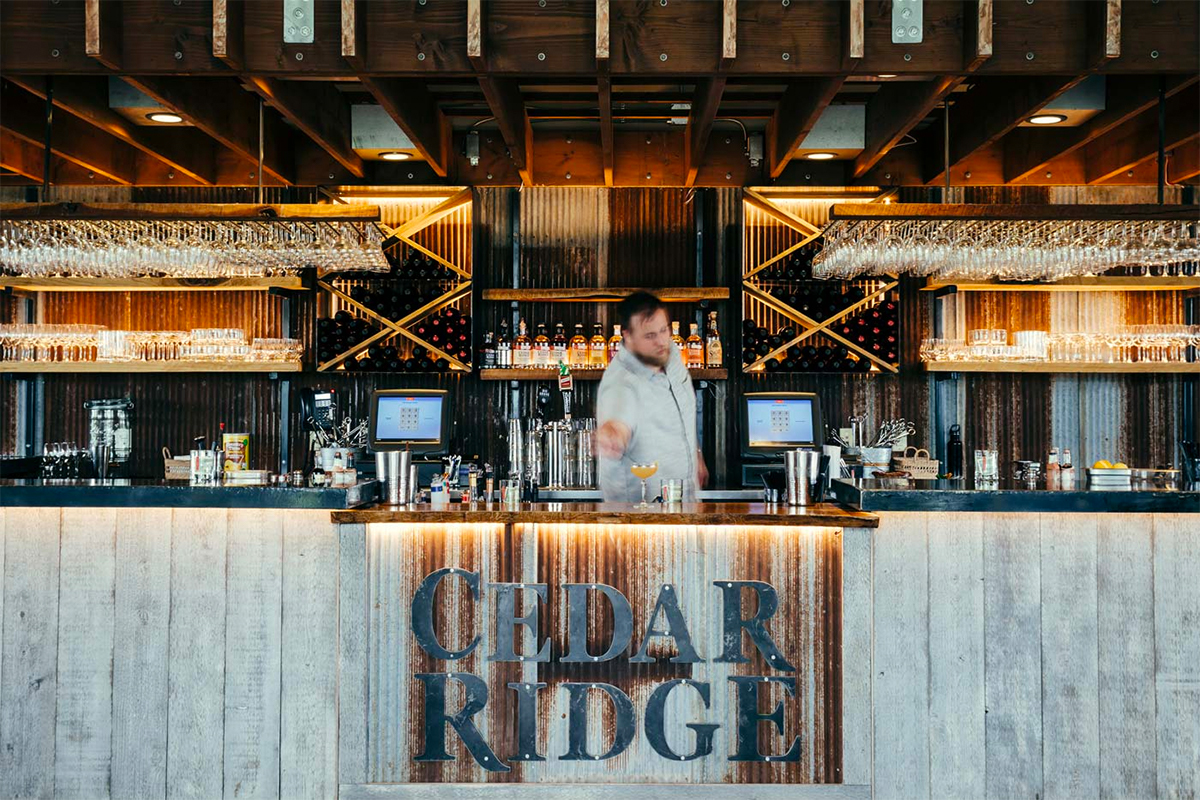 Someone once stood in a cornfield and heard the calling, “if you build it, he will come.” And well, the Cedar Ridge Distillery visitor’s center brings in 100,000 visitors per year. So far, so good.

But there’s more to Cedar Ridge Distillery than bourbon. The distillery produces rye, malted rye and wheat whiskeys, in addition to a diverse cast of spirits that reaches the market but also fills out a full bar at their on-site restaurant. Then there’s the No. 9 and No. 9 Reserve whiskeys, blends of bourbon and rye made in partnership with Iowa natives Slipknot.

Most exciting of all, though, is their QuintEssential Single Malt, an evolving blend made with a multi-pronged solera system. The single malt is first aged in bourbon barrels for between two and three years, before being finished in a wide assortment of casks including brandies, rum, sherry, port and wine. Not to mention the peated casks and oak varieties that are used, ranging from American and French to Hungarian. All of these components are selected by hand and married together into 1,100 gallon wooden vats.

“There are far more efficient ways to make single malt, but this allows us to make a very complex single malt… and it’s fun!” Quint says. “With this we get to be hands-on throughout the entire process. This is a true craft, you’re using your own artistic ability and skill.”

Batch one of the product was impressive, and a straight-from-the-vat sneak preview of the second edition was perhaps even more so. While the solera will by nature provide consistency from one release to the next, this is a dynamic product that will flex and contort itself in new ways with each bottling. “You want it to be more evolving than changing,” Quint says. “It’s a batched product though and there’s no point in doing that if there won’t be any variances.”

But of course, it all comes back to the core mission for Cedar Ridge Distillery: the bourbon. It is Iowa, after all. “While I’m a single malt geek, we are a bourbon distillery,” Quint says. “We’re in a corn state!”