A Guide to Cigar & Whiskey Pairings

The journey of the connoisseur is never complete. Even after trying thousands of drams, spirits and wines you love, there’s always something new around the corner.

A wonderful, yet often unexplored chapter in one’s journey is pursuing pairings. Pairings in the drink and culinary industries, for example, are endless. A balanced marriage aids to enhance the flavors of both worlds. Some better-known pairs include Champagne and caviar, chardonnay and shellfish, a hoppy IPA with spicy food, and rich, grilled red meat paired with a decadent stout.

One of the most exciting, lesser-known marriages brings the worlds of whiskey and cigars together. Practiced for some time on a smaller scale, the global boom of whiskey, alongside the rise of craft, artisanal cigars has led a younger generation to discover the wonders of bringing the two together.

To get you started, let’s take a look at the main steps in choosing the perfect cigar to pair with your whiskey.

It’s far more complicated than this, but focusing on balance is the best way to begin. 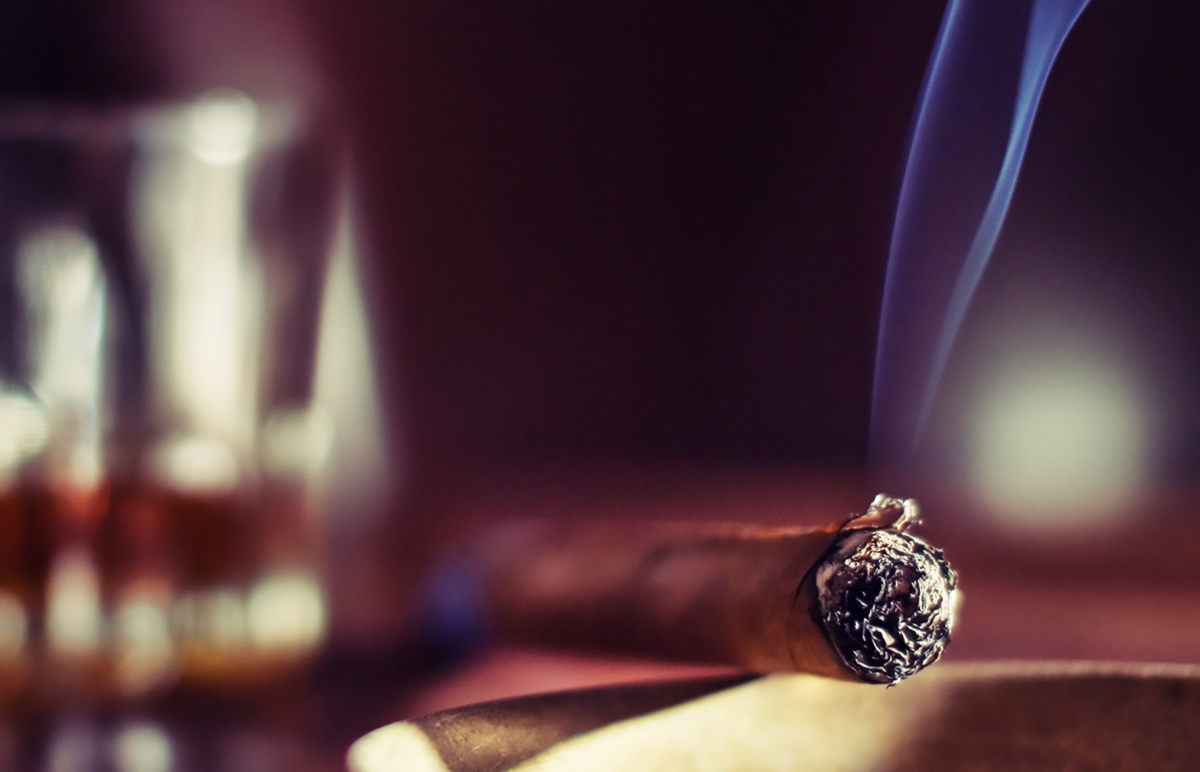 Cigars can be paired with most spirits. Bourbon, Scotch whisky, cognac and rum will be your best bets, and cocktails featuring these products are a fine choice as well. Of course, port, coffee and beer can work well too. But regardless of the beverage, the flavor intensity of each product needs to be considered.

A cask-strength, highly-peated Scotch whisky won’t work well with the light, mild Romeo Y Julieta 1875. The cigar’s flavor, in this case, will be overwhelmed by this dram. Power must meet power.

Looking at bourbon, where notes of vanilla and caramel are often evident, sweeter cigars work best. Typically, Maduro aged cigars bring forth sweet caramel notes which would work well with many bourbons. Seek a translatable intensity and flavor profile in both products.

A light cigar will pair best with a mild, subtle blend, like Suntory’s Hibiki 12 Year or Master’s Select.

As mentioned above, full and powerful cigars will work best with intense Islay malts, sherry-aged vintages and well-aged expressions that pack abundant depth, like the Michter’s 10 Year Bourbon.

Most experts will refuse to outline the perfect pairs in a bulleted list—and for good reason. Each palate differs, so a perfect match for one could be overwhelming for another. 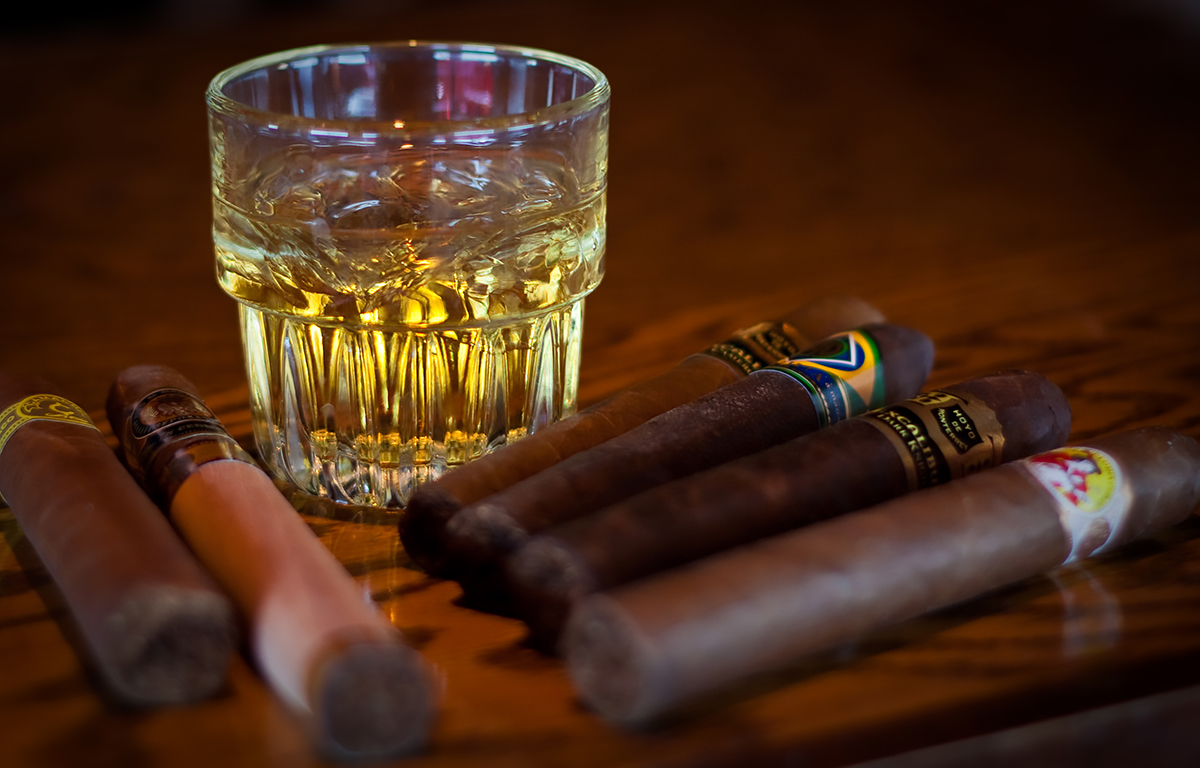 Bearing the above in mind, it’s important to explore both the whisky and cigar industries individually before attempting to bring them together. Sample whiskeys from all over the world, and hone in on the flavors that most please you. Try bourbons, Scotch whisky, rye whiskey and Japanese whisky—and keep at it.

Try a few cigars. Start with more accessible, milder sticks—like the popular Macanudo Hyde Park and the great Gisbert Corona. Then slowly move on to stronger cigars, until you discover the flavor profile you enjoy most.

With information and experience on your side, you can now delve into pairings.

Grab your favorite stick, consider its profile, and pair it with a whiskey of a similar profile. Each experiment won’t be successful. Certain bitter flavors from the cigar may overwhelm a milder dram and vice versa. But the more you experiment, the most precise your chosen pairings will become.

During your experimentation it’s only natural to get frustrated. Perhaps your pairings aren’t quite there and you just can’t seem to find similarities. In such cases, it’s helpful to taste what the experts suggest as you seek to better understand the process. Here are some of the best pairings around. 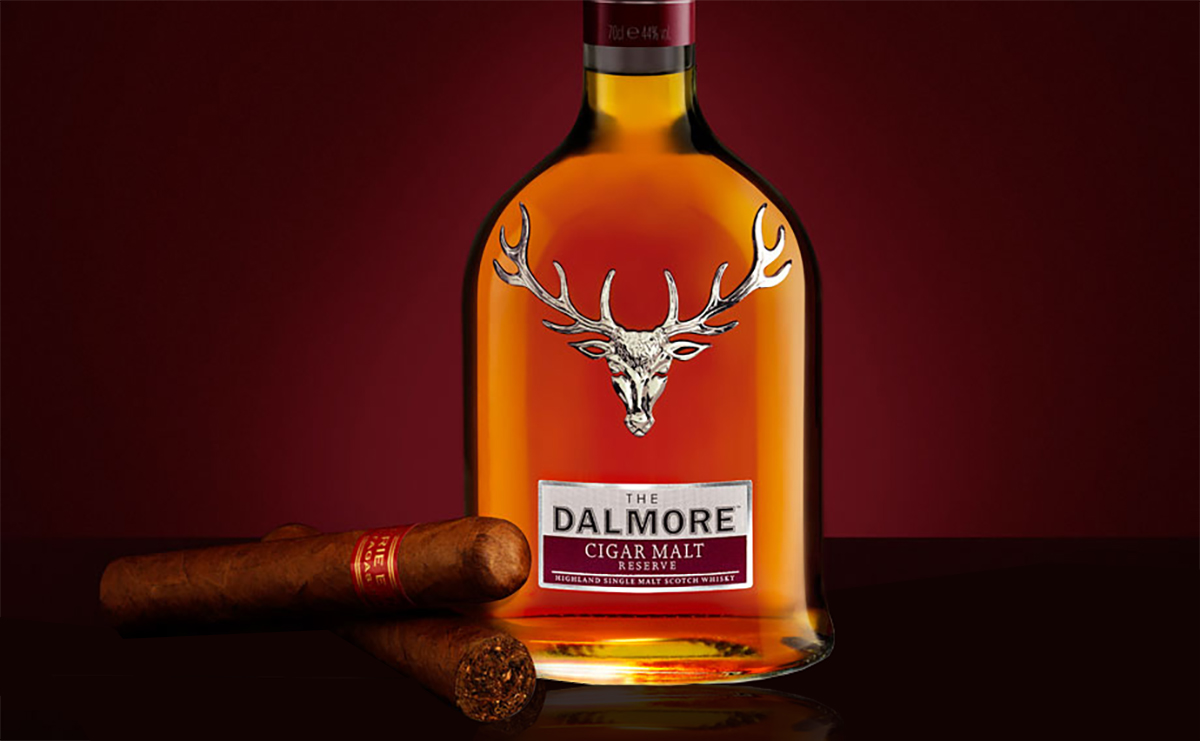 This is one of the recommendations from the Dalmore and James J. Fox seminar at the Whisky Show. This pairing highlights balance. The smooth notes of honey and juicy autumn fruit from the whisky pair wonderfully with the cigar’s creamy, chocolate palate. Furthermore, summer spice from the whisky blends with the herbal, earthy notes of the cigar, evident in the final two-thirds of the stick.

This spectacular combination is recommended by the Glenfiddich team. Sweet notes of banana, caramel and toffee from the dram work well with the huge notes of dark chocolate and succulent cherry from the cigar. Leathery spice and oak from the whisky enter atop the creamy, silkiness of the cigar. A divine match.

For those on a budget, this pairing is delightful, and one I enjoy regularly. The Montecristo No 4 is one of the most produced cigars in the world, and for good reason. The cigar’s abundant notes of vanilla cream and milky chocolate pair well with the honey, vanilla and toffee from the bourbon. The second half of the cigar brings hints of spicy pepper which blends in with and intensifies the evident cinnamon and sugar found in the bourbon’s finish.

As always, when in a new corner of the food and drinks world, have fun, learn, and discover.