From Sourcing to Distilling: Craft Whiskey Producers Making the Leap

A transition is taking place. As the number of craft producers in the U.S. has continued to grow, many are being invested in or bought out by larger spirits conglomerates. Companies that became successful with sourced whiskey now have the funds and the time to distill their own juice. Of course, how each producer handles this transition varies considerably.

From its inception, West Virginia’s Smooth Ambler Spirits has been a shining example of transparency in sourcing. The distillery has made no bones about sourcing whiskey, while emphasizing the processes of barrel selection and blending. Pernod Ricard acquired a majority stake in Smooth Ambler at the end of 2016, and this May, Smooth Ambler released a fully self-distilled bourbon dubbed Big Level. 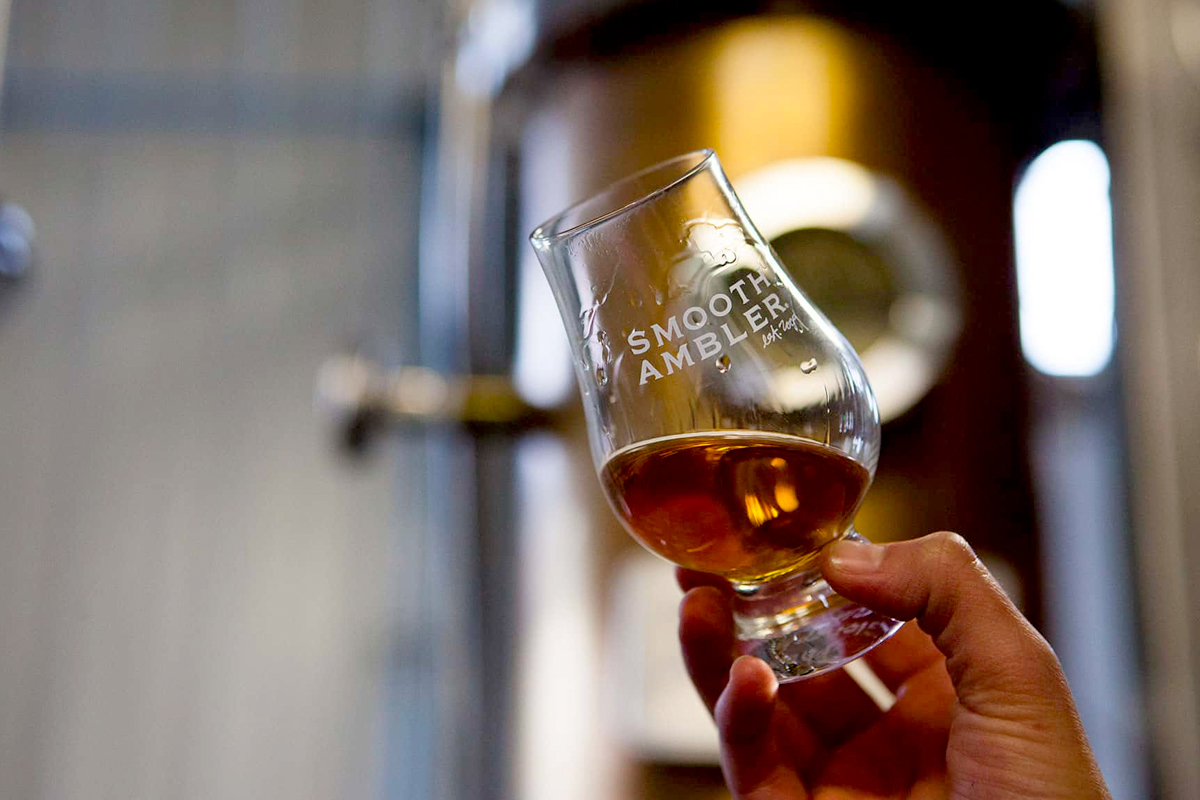 Big Level is made from a wheated mash bill consisting of 71% corn, 21% wheat and 8% malted barley. Its production—from the mash to the aging—was fully handled by Smooth Ambler. Nonetheless, don’t expect Smooth Ambler to replace its sourced whiskey line anytime soon.

“We now think of our business in three ways: make, merchant, marry,” says John Little, CEO and head distiller of Smooth Ambler. “So we don’t have any plans to transition to 100% house-made spirits. While we’ve recently expanded to a 24/7 operation producing about 3,500 barrels annually, we also love the sourcing aspect of our business.

“We plan to continue the Old Scout line as well as Contradiction, which is a blend of house-made distillate and sourced distillate,” Little continues. “Contradiction is the best of both worlds and gives us options related to flavor profile and future offerings.”

High West, fully acquired by Constellation Brands in early 2017, has announced that its Double Rye now includes self-distilled juice from the distillery. Further, as Yippee Ki-Yay is a finished version of Double Rye, it will also include a portion of High West’s self-distilled whiskey. 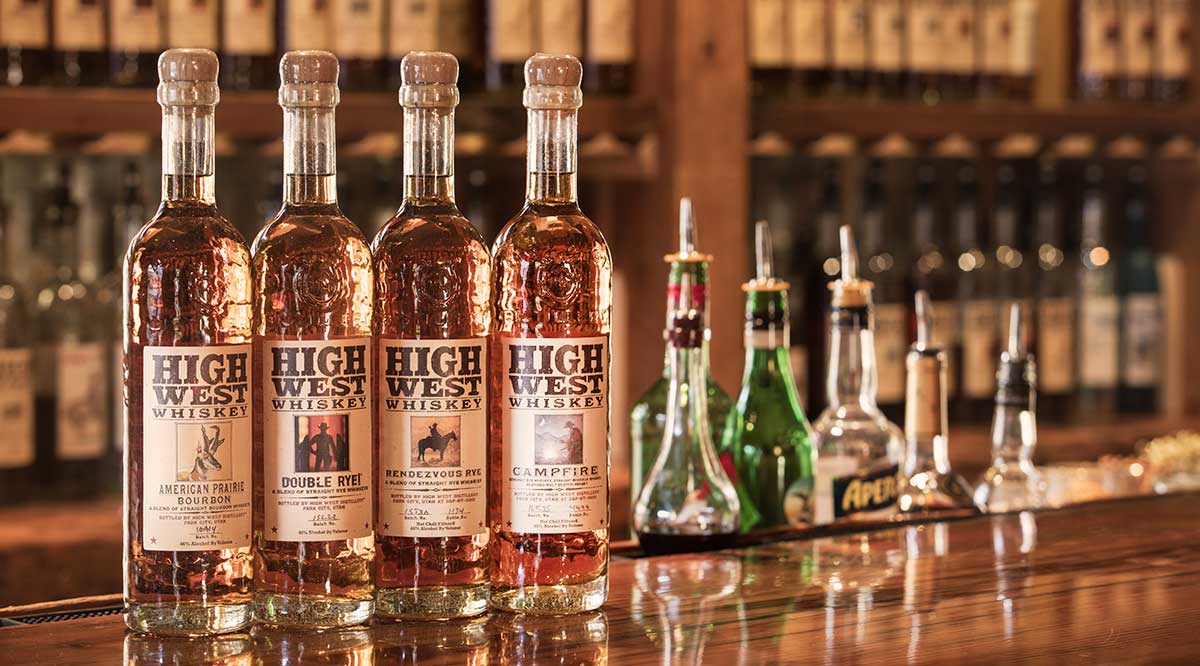 “While the taste profile of Double Rye has not changed, we have replaced a component from Barton with rye that we distilled at the High West Distillery in Wanship, Utah,” said master distiller Brendan Coyle in an official statement. “The addition of our own whiskey to our blends has always been part of our plan.”

High West’s juice is pot distilled, and younger; replacing older stock that was column distilled. “Since the column still whiskey is aged for a long time to develop the heavier character, we can replace it with our own younger, but very full and heavy-bodied pot still whiskeys to achieve the same effect in the finished product,” Coyle said.

During a visit to the distillery last summer though, the team was quite clear on another point. “We will always be blenders,” said Justin Lew, High West’s head of marketing. “It’s in our DNA.”

In addition, the distillery is also in the process of distilling and maturing single malt whiskey. Best guess on that hitting the shelf will be 2019-2020, though they’ll be waiting until it’s ready.

WhistlePig has been clear with its ambitions to eventually produce an entirely estate product. The company not only grows grain on its farm, but also distills and matures on-site in casks made from its own trees. It’s a lofty and long-term goal. In the interim, the brand has begun to release what it calls FarmStock Rye. 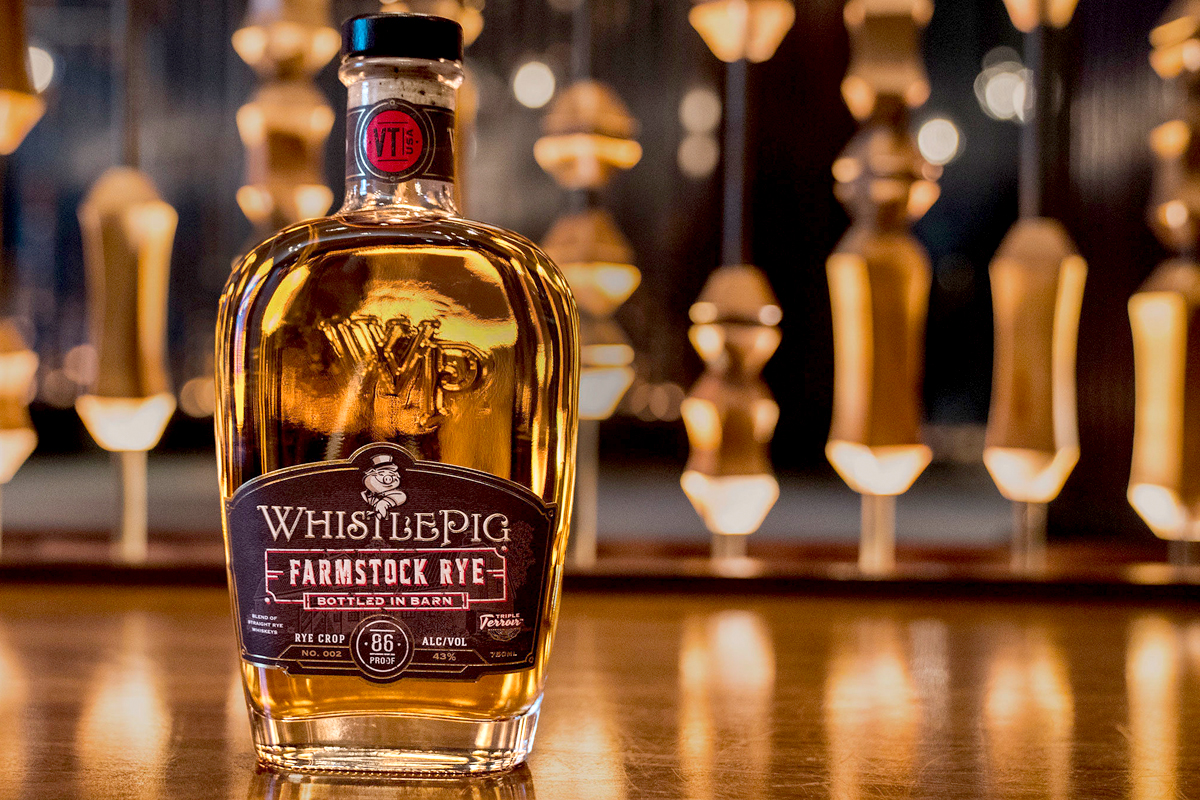 FarmStock Rye Crop No. 002 has just made its debut, incorporating a component of two-year old whiskey distilled from the farm’s grain. This year’s release inches closer to the goal. It includes a heftier component of the distillery’s own juice: 32% of the blend, compared to last year’s 12%. The rest of this year’s release consists of 6 and 10 year old whiskeys sourced elsewhere. Production also increased this year, with 150 barrels compared to last year’s 75.

It’s a move in the right direction. That said, the timeline for WhistlePig to release a fully self-distilled version of FarmStock is uncertain—the distillery declined to comment with further information at this time.

Nelson’s Green Brier, which received a minority stake investment from Constellation Brands in early 2016, is most well known for its sourced line of Belle Meade Bourbon. Last summer though, the distillery released a self-distilled whiskey called First 108. 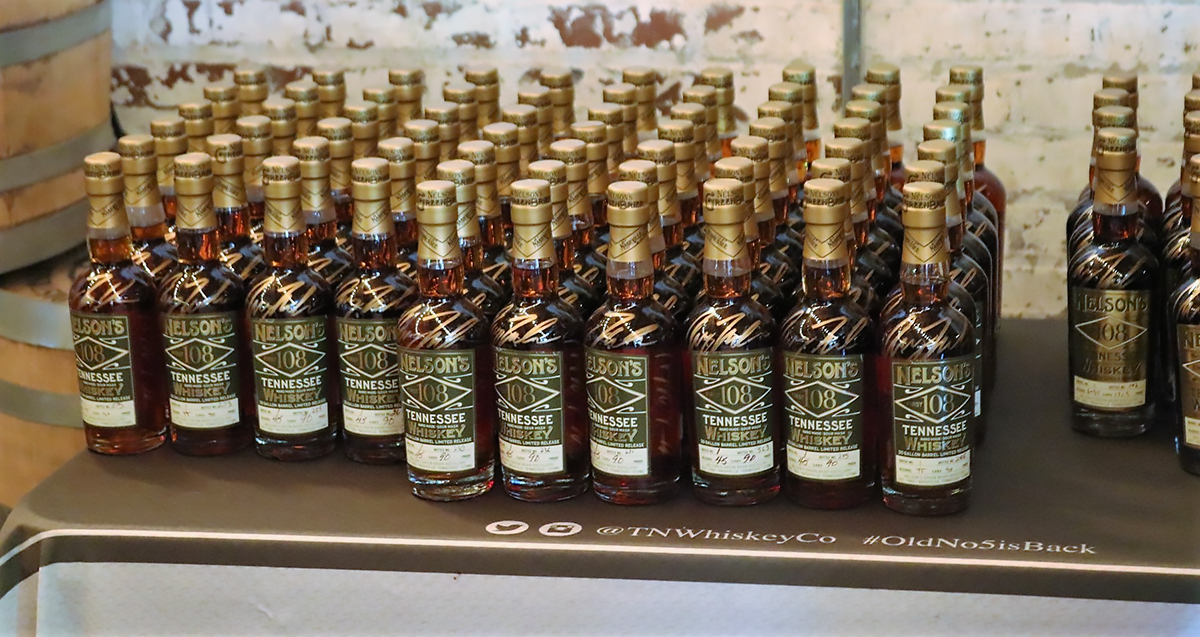 Aged in 30-gallon barrels for two years, it’s a placeholder product of sorts until the distillery is ready to release a fully matured version of its own juice.

In a previous piece published on Distiller, Andy Nelson explained the process. “The genesis of the brand itself, our plan was always originally that we’ll start out laying down stock, and half the barrels that we fill will be 30-gallon, and the other half will be 53. And then slowly start releasing two year-old whiskey out of the 30 gallons, and let that kind of phase out for the 53-gallon four year-old when it’s ready.”

As for the Belle Meade, you can bet on it sticking around as a separate offering from the distillery. “The first plan was that [the Belle Meade] be a good bridge,” Nelson says. “But it’s been better than expected. We’d be dumb to get rid of it.”

Expect more sourced craft whiskey producers to chart their own unique courses towards self-distillation in the years ahead.