June has arrived, meaning not only is summer approaching, but it’s also time for another installment of the Crown Royal Noble Collection. This annual limited edition series was first launched in 2016. This year’s release is titled Crown Royal Noble Collection French Oak Cask Finished. We chatted with Crown Royal’s Master Blender Mark Balkenende, and Director of Whisky Engagement Stephen Wilson, for this exclusive preview before the announcement later this week.

The Noble Collection series, according to Balkenende, is a way for the Crown Royal team to, “Showcase our blending capabilities, our distilling capabilities, our innovation and really just make some great whisky while we’re doing it.” Creating different blends from the brand’s existing whiskies is one unique feature of the Noble Collection. Examples of this can be found in the first and third releases, Cornerstone and Blender’s Mash 13 Year respectively. 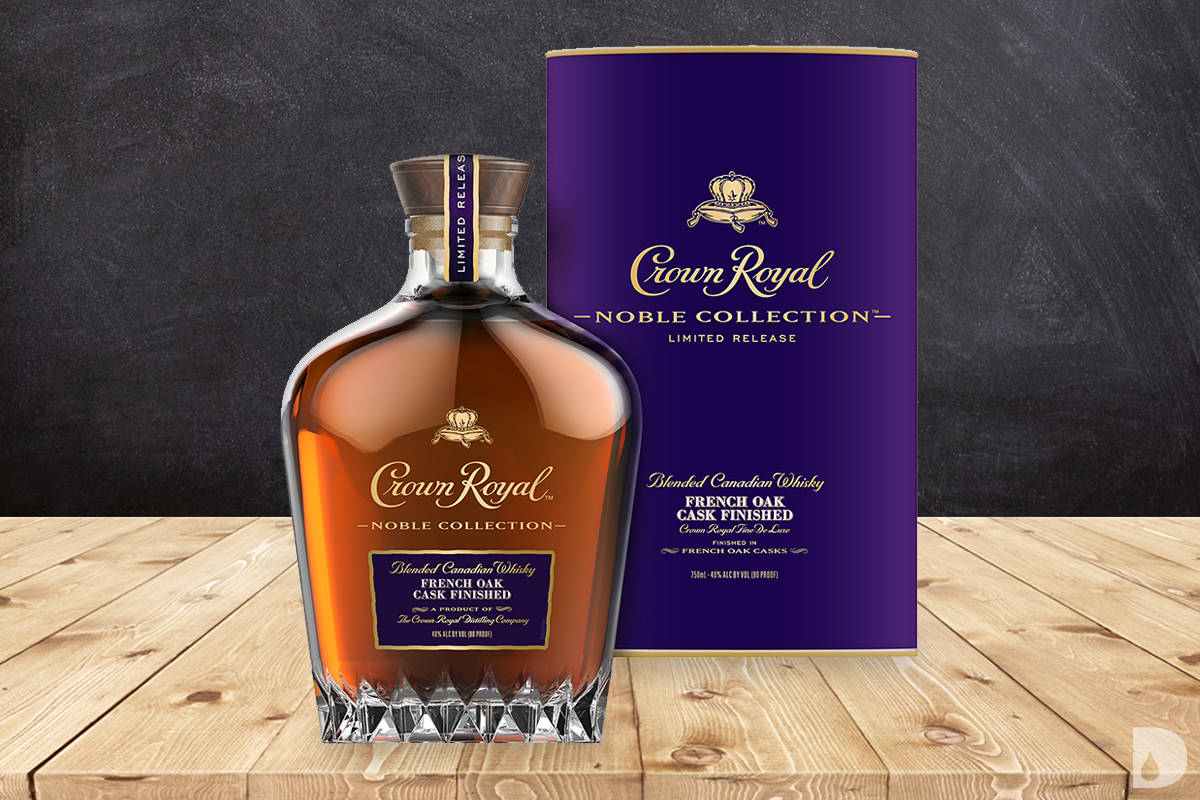 Barrel finishes are another avenue the brand explores for the Noble Collection. This is showcased in the 2017 release, Wine Barrel Finished.  The whisky used as the base in this expression was Crown Royal DeLuxe, the brand’s flagship label which was first created back in 1939. The finishing barrels were former cabernet sauvignon wine casks from Northern California.

Experiments which feature grains that are not traditionally used by the brand are also taking place. If all goes well, we can expect to see these whiskies featured in upcoming Noble Collection releases.

Like Wine Barrel Finished, the Crown Royal Noble Collection French Oak Cask Finished release also uses DeLuxe as its base. The whisky is distilled and matured in Gimli, Manitoba, then transported to Valleyfield, Quebec. There it’s blended and rebarreled into the toasted, new French oak barrels. The French oak was sourced from the Vosges forest where the oak is known for its straight and tight grain. It’s open air-seasoned for two years before a two-step fire roasting. After a six month finishing process, the whisky is bottled at 80 proof. 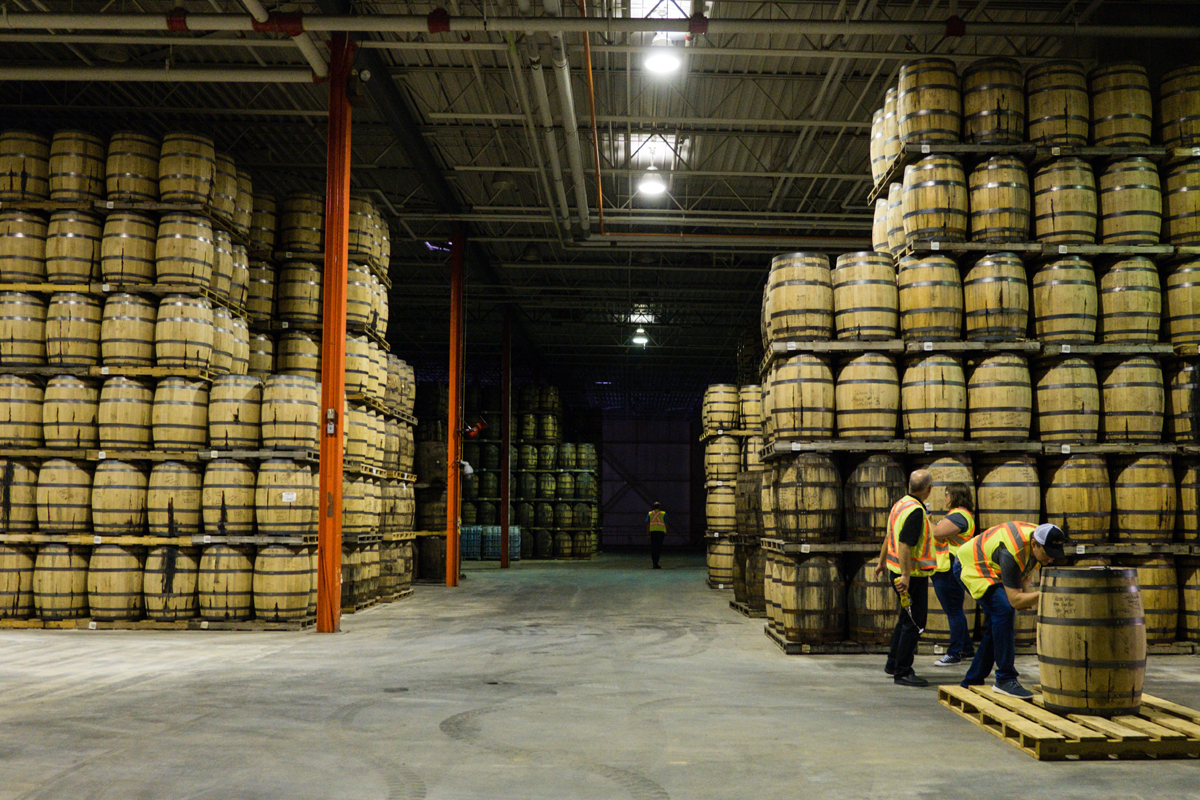 Although there are five main regions to source French oak, the Vosges forest was chosen for the flavor profile its oak provided the whisky. As for selecting DeLuxe for the base, the team really didn’t consider another whisky. “[DeLuxe] is just a nice smooth kind of whisky to begin with and we thought that [the new French oak] kind of elevated and showcased that whisky itself,” says Balkenende.

This is the first time the brand has used new French oak, but it’s not the first time for used French oak. Former cognac barrels made from French oak are used in the XO and Cask No. 16 expressions. However, used French oak is quite different to work with than new French oak. In fact, Balkenende feared that the whisky might be too woody. But after trying different toasting levels, the team was happy with the flavor profile they settled on. There was just enough wood flavor coming through without it being overpowering.

According to Wilson, the innovation team takes its time with the Noble series in order to find the “perfect marriage.” In fact, the team spent 18 months exploring different blends and different barrel finishes before landing on new French oak. After getting an early taste of the whisky, we at Distiller can attest to the success of the union. These new French oak barrels have accented the classic DeLuxe with a mouthful of baking spices and gentle oak notes. The whisky’s signature vanilla and fruity flavors are present as well. 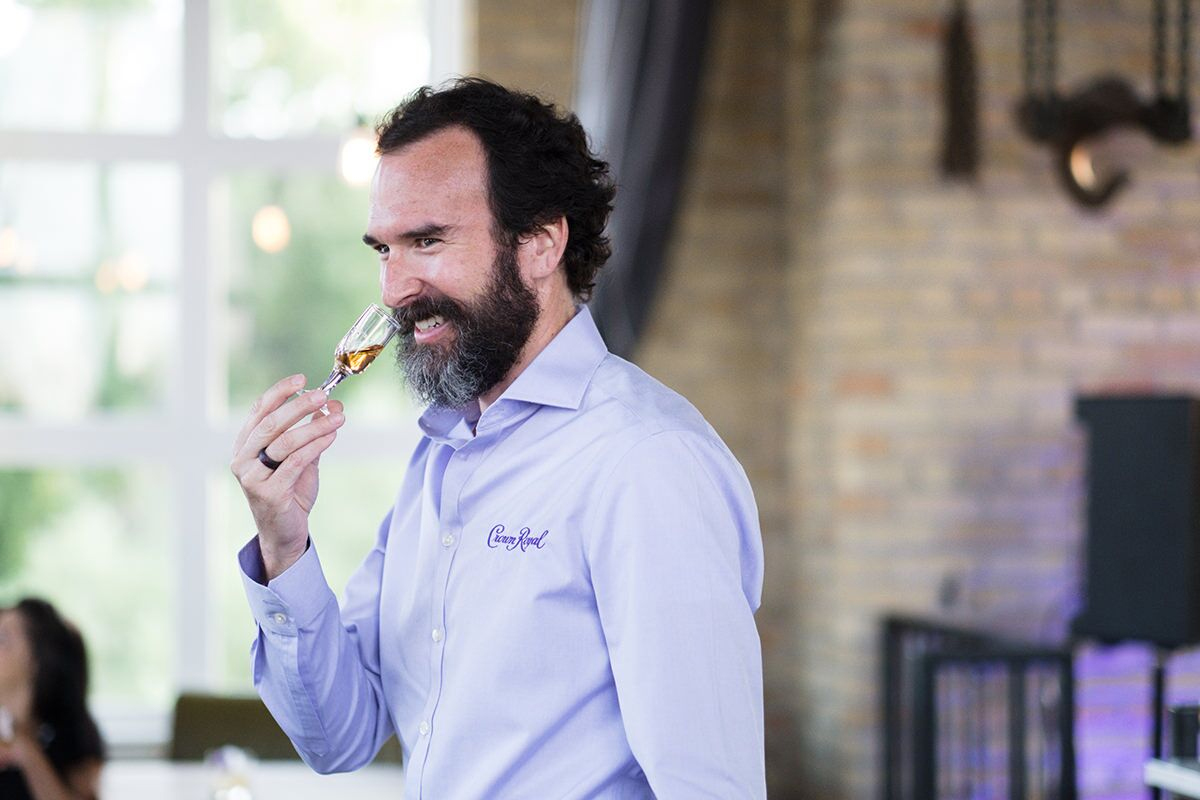 “Deluxe being the heart and soul of Crown Royal was the perfect choice to put into those [new French oak] barrels,” says Wilson. “It’s a testament to our innovation team and our blending team and our distillers that select the right barrel type for any of our whiskies but especially when we’re looking at our Noble series which is a chance for us to really showcase the quality of what we do.”

With plenty of whisky experiments already taking place, we can expect to see more releases of the Noble Collection in our future. Fortunately for whisky lovers, we don’t have to wait any longer for the Crown Royal Noble Collection French Oak Cask Finished. It hits shelves this month. But we mustn’t forget that these Noble Collection whiskies are limited edition releases. Once they’re gone, they’re gone.

That’s solid advice we can all stand behind.

Behind the blend with Director of Innovation Jane Bowie