Just like that, we’ve come to the final Friday of April 2019. It’s been a dizzying year so far, with an unprecedented deluge of new releases and news from the spirits world. For starters, hundreds of millions of dollars are being poured into new distilleries around the world. Furthermore, interactive experiences, rare releases and unheard of innovation are all in the works. This week Bushmills announced plans to expand its distillery in Northern Ireland. Copper & Kings celebrated its 5th anniversary with Copper & Kings A Song For You. Jim Beam donated millions to create a bourbon education program. Rebel Yell got a new look and Diageo partnered with a Chinese baijiu company to create a new whisky. What a week!

As of May 1st, 2019, Master Distiller Pam Heilmann will officially retire from full time work at Michter’s. She has lead the brand as Master Distiller since 2016 and overseen the release of several highly sought after products. Rather than fully retiring, she will stay on as a part-time employee with the title Master Distiller Emerita. The 2019 bottling of Michter’s 10 Year Single Barrel Kentucky Straight Bourbon will mark the final Michter’s release during her tenure. 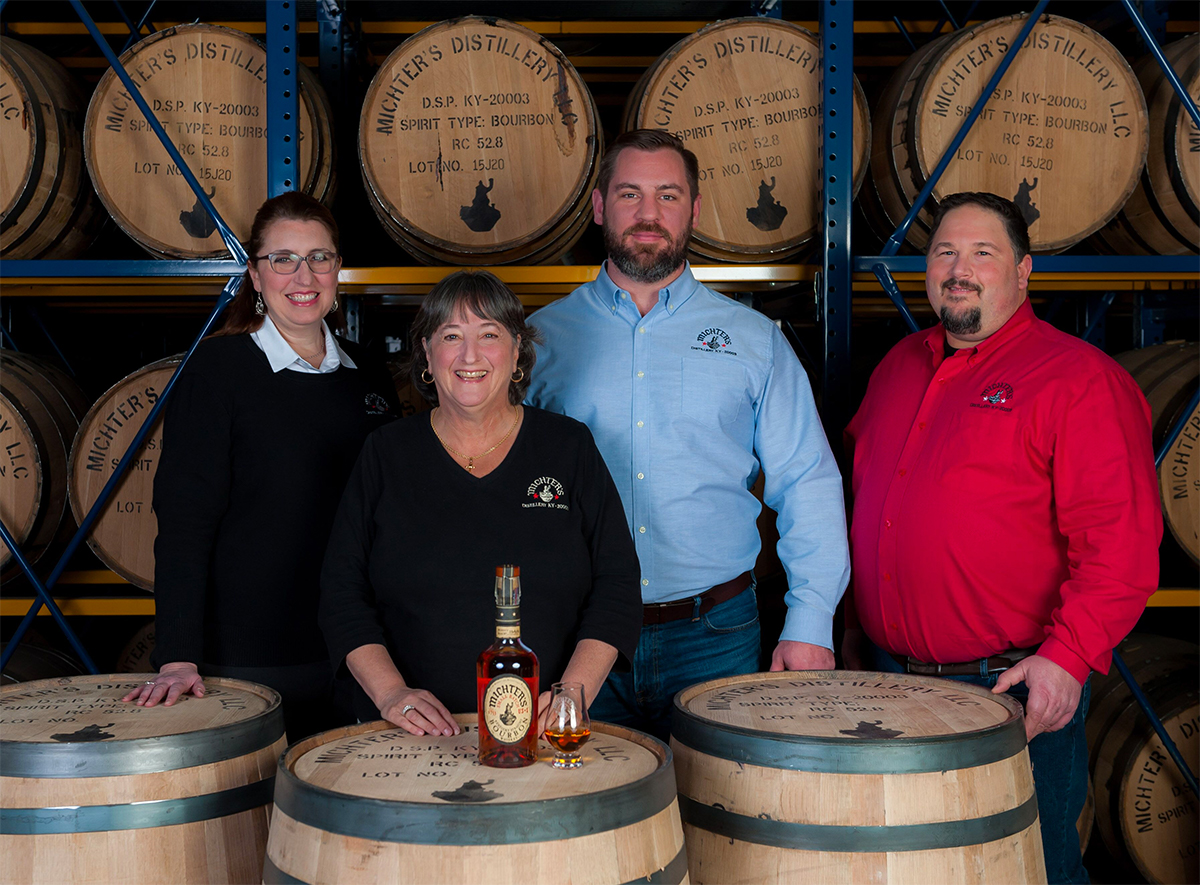 She will be succeeded by Michter’s Distiller Dan McKee. Additionally Distillery Manager Matt Bell will become Distiller. McKee and Heilmann first worked together at Jim Beam, then came to Michter’s together.

“I am so grateful to Pam,” says McKee. “To work with her and learn from her has been an honor and a privilege. We will do everything we can to continue Pam’s work and pursue Michter’s goal of producing the greatest American whiskey.”

This week Bushmills received planning permission to build a second facility at its existing distillery in Northern Ireland. This expansion of the distillery will include a new malt intake, mill, lauter turn, washbacks, tank farm, still house and evaporator. The distillery also plans to build a boiler house and cooling towers, and will relocate and enlarge existing warehouses. Once completed, the site will have an annual malt distilling capacity of seven million litres. 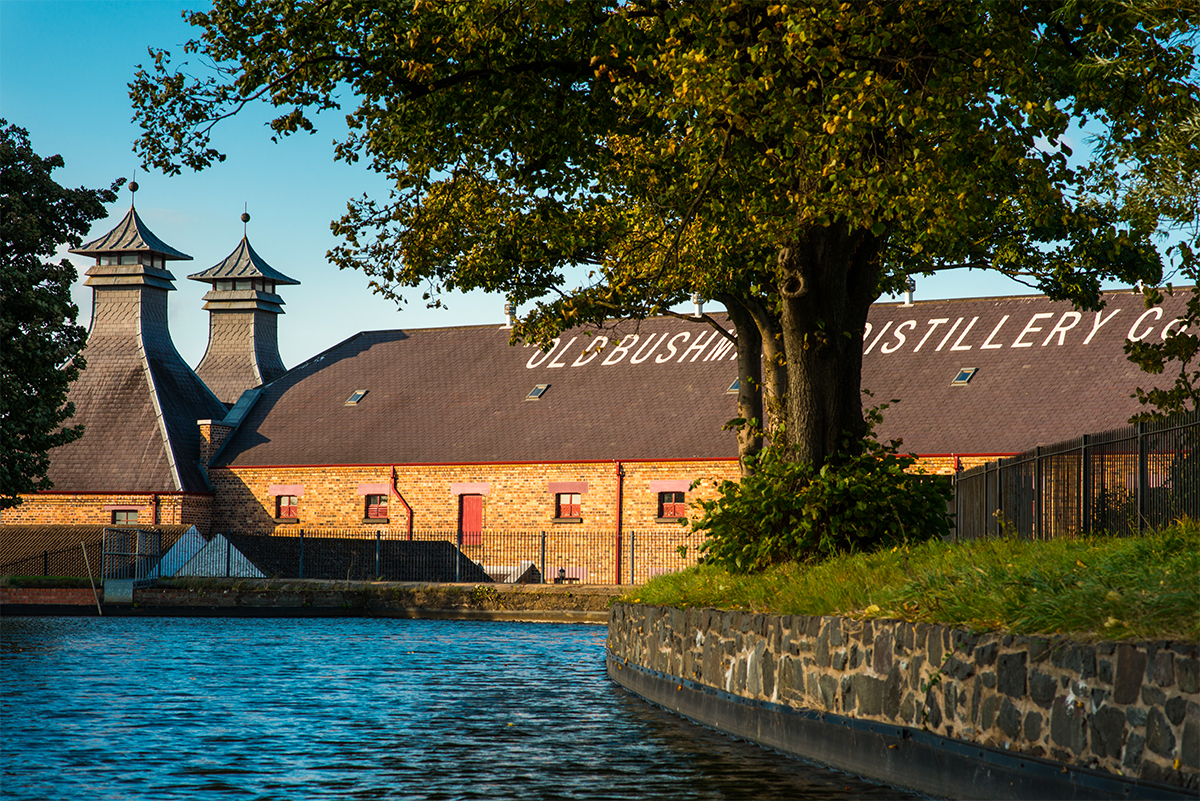 Jim Beam has announced a donation of $5 million to the University of Kentucky to create a brand new education program for distillers. The James B Beam Institute for Kentucky Spirits will educate new distillers at undergraduate, graduate and professional levels. This donation amounts to Jim Beam’s single biggest philanthropic or educational donation ever.

“With the continued global growth of Bourbon, we need to focus on educating the next generation of distillers, scientists and engineers who can tackle the needs of this industry well into the future. And there’s no better place to make Bourbon than right here in Kentucky,” says Fred Noe, Jim Beam’s seventh generation Master Distiller. 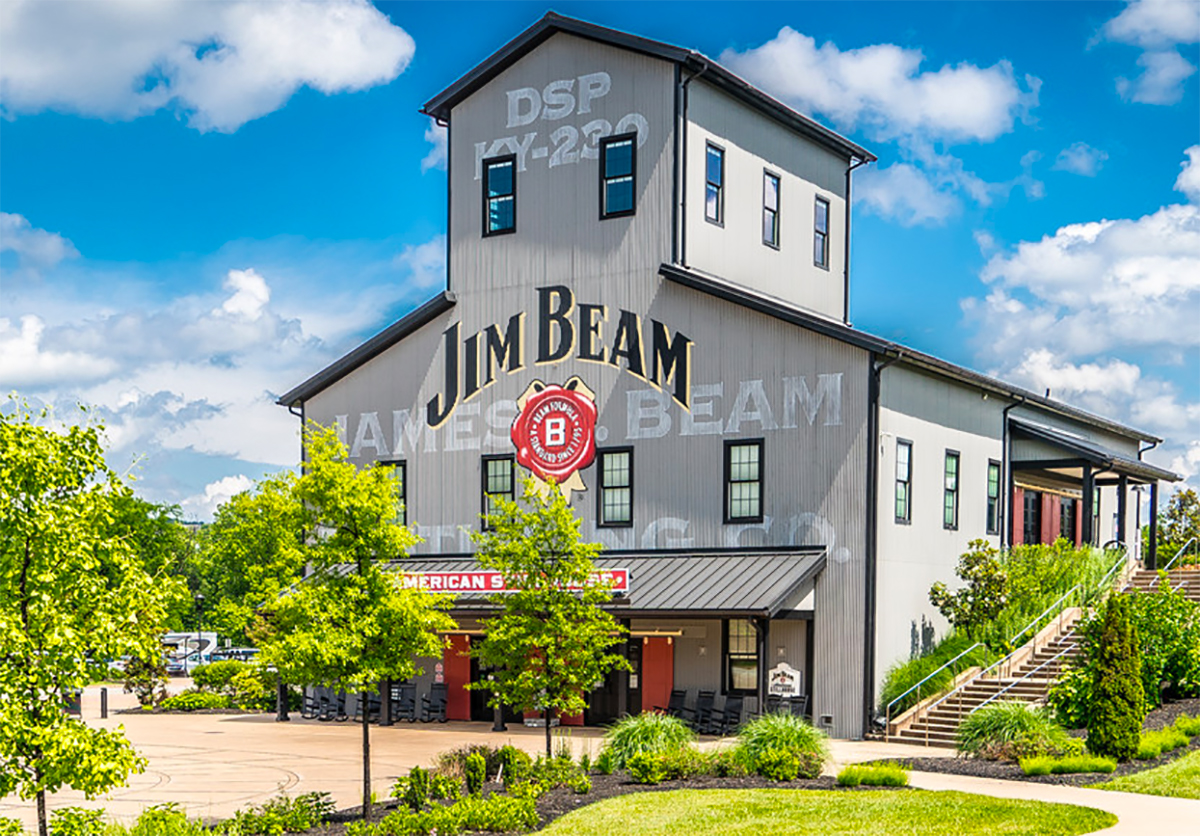 Zhong Shi Ji is distilled in Scotland but the maturation occurs in China. There, a combination of processes occur, one of which includes maturation in Chinese ceramic pots, among other steps which have yet to be revealed. Roughly 80% of alcohol consumption in China takes place during meal time. Therefore, the goal is to introduce a product that has many of the characteristic flavors of whisky combined with the familiar flavors of baijiu—a meal time spirit. 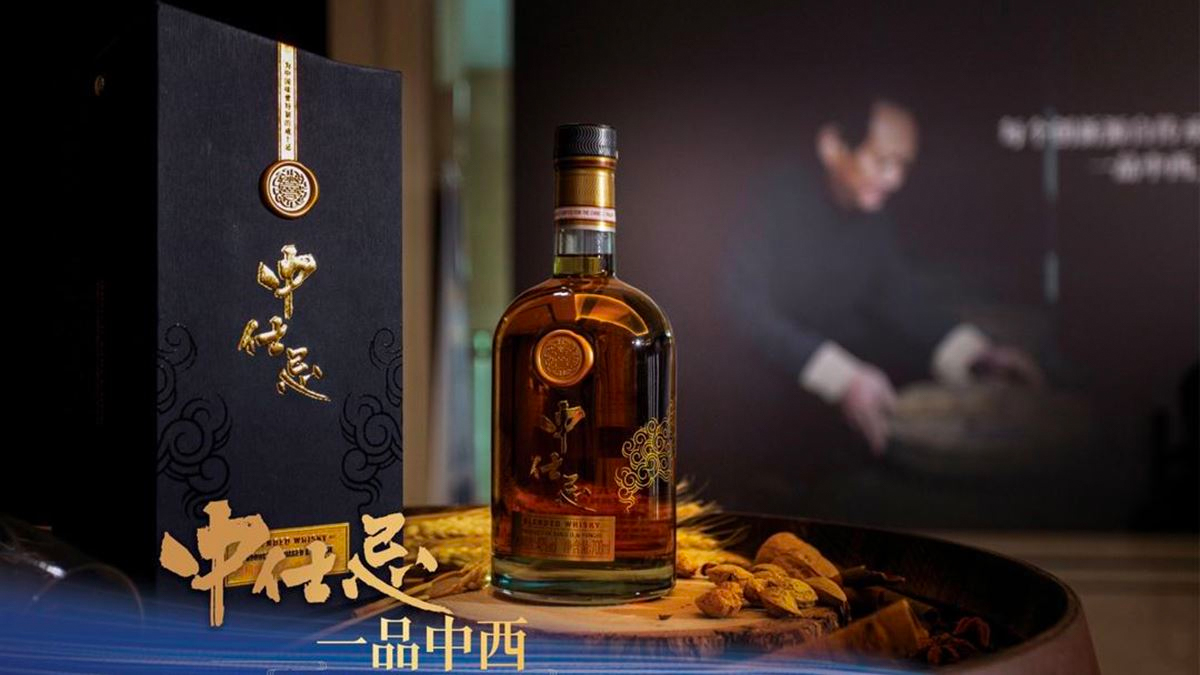 “Diageo has long regarded China as one of the world’s most important emerging markets for whisky,” said C.H. Chu, managing director for Diageo Greater China. “With accelerated urbanisation and a fast-growing middle class, Chinese consumers are demanding both choice and quality. We believe that Zhong Shi Ji can play an important role in the Chinese dining occasion, launching a new era for whisky drinkers in China.”

Zhong Shi Ji is launching exclusively in China. It is bottled at 40% ABV with a suggested retail price of 408 Chinese Yuan (~$61).

Copper & Kings A Song For You – Celebrating 5 Years

To create this release, Copper & Kings used its original sourced “DNA1” blend of pure copper pot-distilled brandy that the brand launched with back in 2014. The youngest eau de vie in the blend is now, after five years, 8 years old. The oldest is 18 years old, with most being 12 and 13 years old. 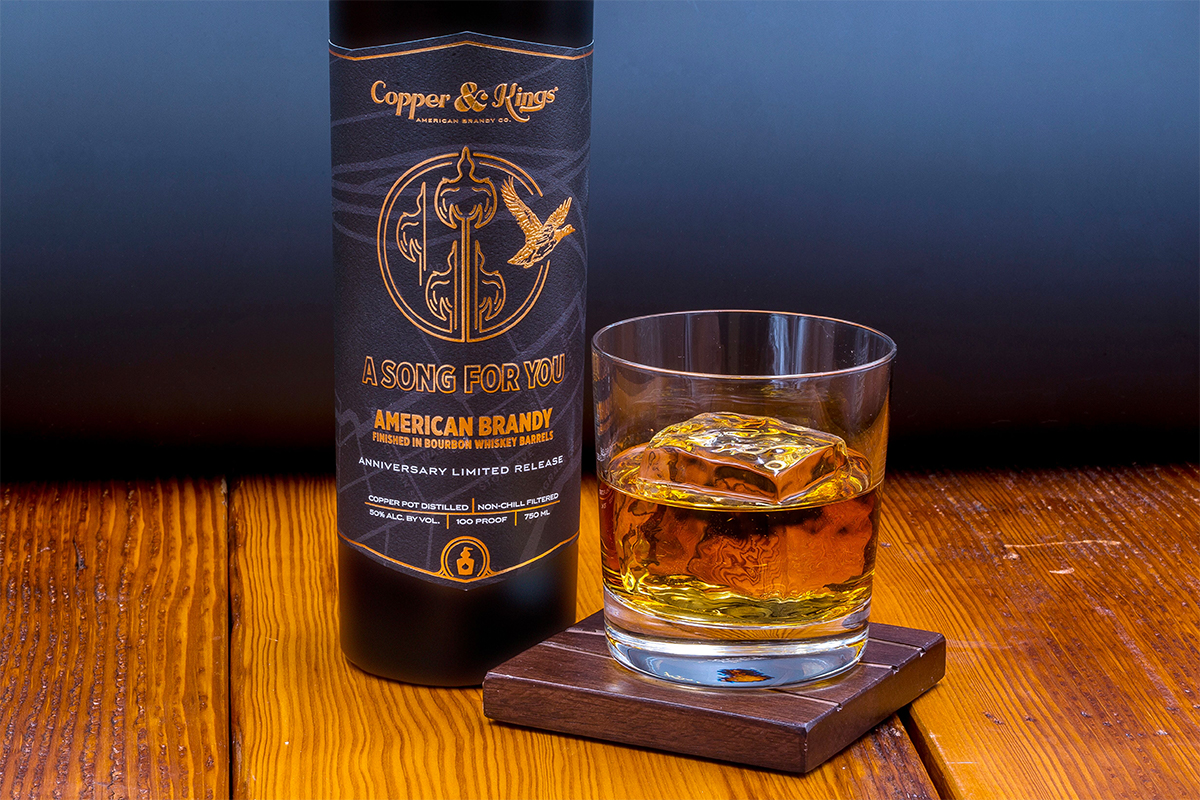 “Five years ago, we launched ourselves off a cliff with the folly that is an American Brandy distillery in Bourbon Country,” said Copper & Kings founder Joe Heron. “We are enjoying our time on the dance floor, painting with different colors, and we, like a wild goose, have managed to take off. This is a celebration of survival as much as anything, and a thank you to anyone who ever bought a bottle of Copper & Kings American Brandy, and to everyone that’s worked at Copper & Kings with pride, energy and natural enthusiasm. This is our song for you.”

A Song For You is bottled at 50% ABV and is available at the Copper & Kings distillery as well as at select find retailers across the USA.

Rebel Yell is best known for its traditional 80 proof bourbon. This past Monday, April 22nd, the brand announced the introduction of a brand new addition to its permanent lineup: Rebel Yell Kentucky Straight Bourbon 100 Proof. This new wheated bourbon will carry a SRP of $19.99.

In addition to the news about Rebel Yell 100 Proof, the brand also announced a total makeover of its lineup. Complete with new bottles and labels, as well as a matted capsule closure and natural cork, the new packaging will roll out in April of 2019 and will apply to all bottles in the Rebel Yell lineup. 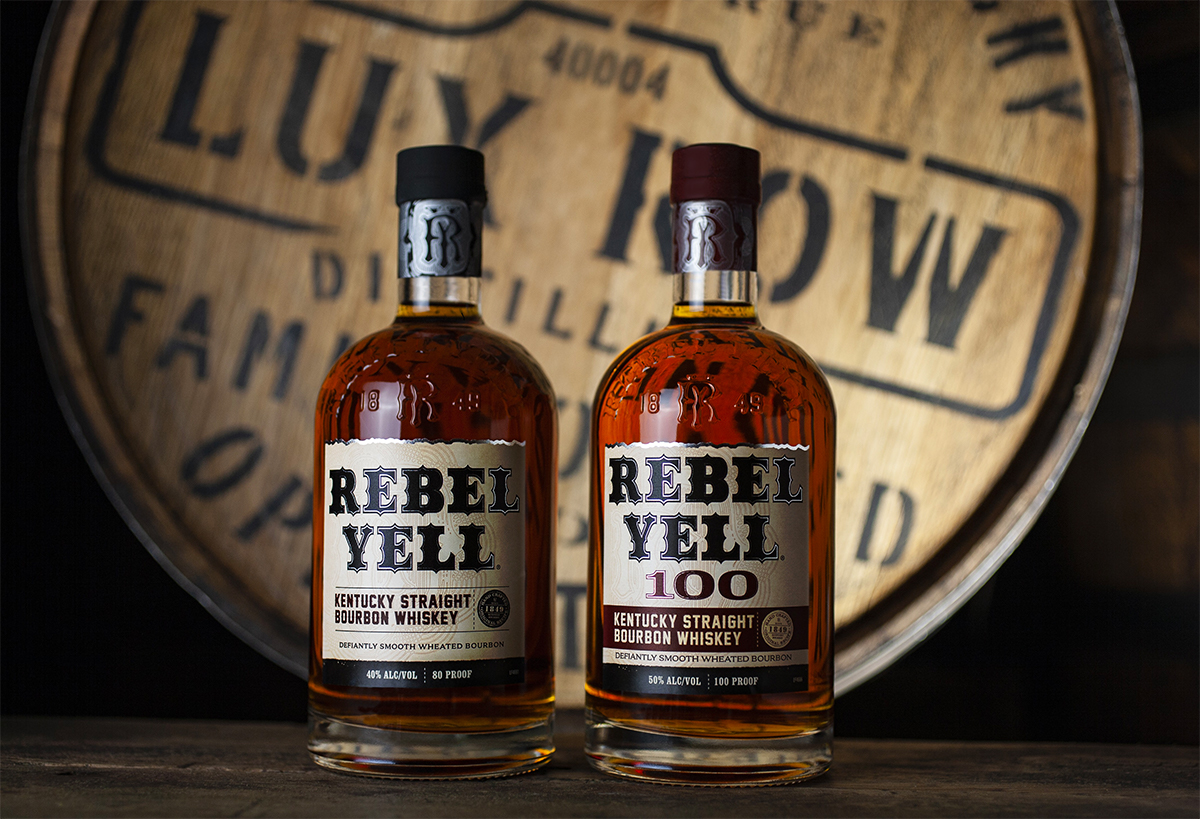 Bottled at 45% ABV, Writers’ Tears Copper Pot Marsala Cask Finish will be available near the end of April 2019 in limited markets including Ireland and Australia with a suggested price of €75.00 (~$84). 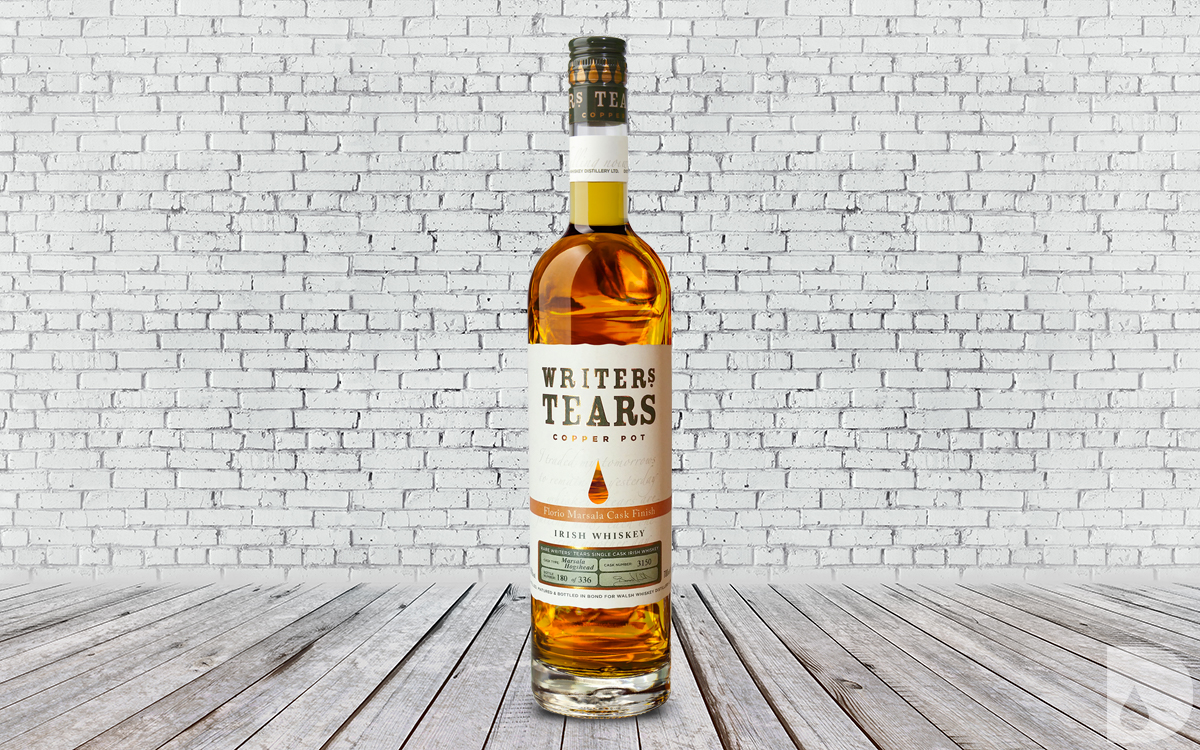 Out of these new releases, which are you most interested in? Copper & Kings A Song For You, Writers’ Tears Copper Pot Marsala Cask or Rebel Yell 100 Proof?