We’ve all been yearning for some news that has nothing to do with the coronavirus, and our friends in Kentucky decided to help out. A new bill has passed the state House and Senate that will allow distilleries to ship spirits directly to consumers in states where it’s legal. Then, Tomatin and several other brands are putting together the first remote whisky festival. Next, Westland’s Master Distiller will host three separate live tastings over the coming weeks. Finally, Buffalo Trace announced the release of Old Charter Oak Chinkapin Oak. For details on all this news and more, read on.

Once signed in to law, HB 415 will allow customers to order directly from producers as long as they live in states that allow the shipment of alcohol. This will open up a whole new way for customers around the country to experience spirits from Kentucky, home to some of the most sought-after spirits in the world.

During these trying times, Tomatin and several other whisky brands teamed up to create the Lockdown Whisky Festival. Taking place on Saturday, April 4th, the event will showcase ambassadors from 11 different brands who will discuss their whiskies live and answer questions from viewers.

If you’d like to “attend” the festival, you can head to Tomatin’s YouTube channel on April 4th between 2-5pm UK time. To find out when the stream begins in your timezone, head to this time zone converter and find your city. 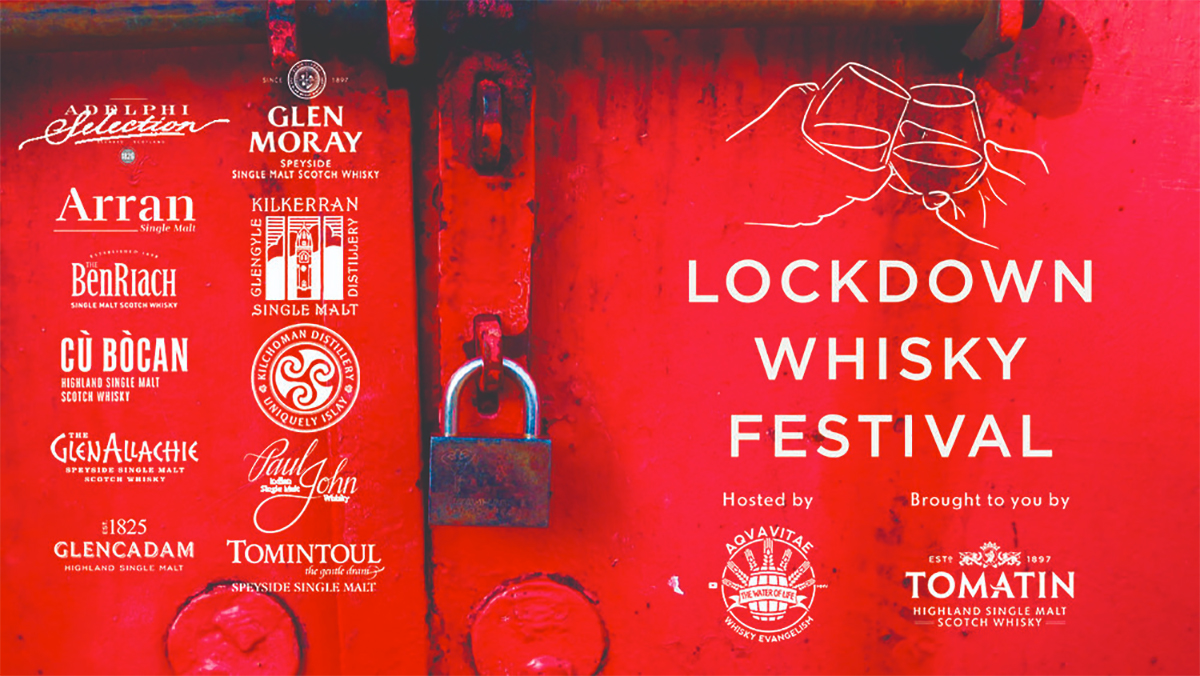 Over the next several weeks, Westland’s Master Distiller, Matt Hofmann plans to host three live American Single Malt Whisky tastings on the brand’s Instagram account. The first tasting, set to begin later today on April 3rd at 4pm PDT, will focus on Westland’s core range of whiskeys. As part of the second tasting on April 9th, he’ll be tasting Westland’s latest release, Coldfoot ahead of a live concert. Finally on April 17th, he’ll sit with Westland’s mixologist to create and discuss a Manhattan cocktail. Check out the times and details below for more information. 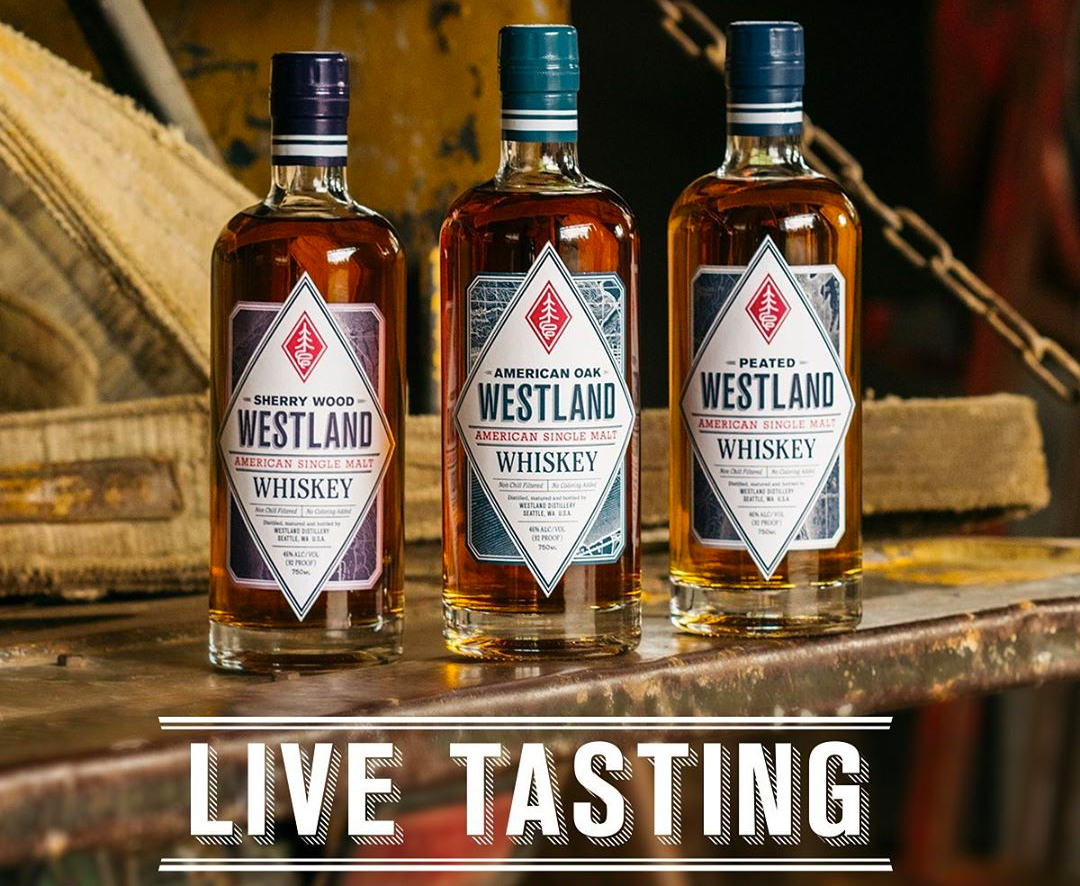 Old Charter Oak Chinkapin Oak is the fourth limited edition release from Buffalo Trace in its exploration of oak tree varietals. The Kentucky straight bourbon is made with the distillery’s mash #1 (corn, rye, malted barley). Harvested from the Midwest, the Chinkapin oak was made into barrels from staves which air dried for 24 months. Typically, Buffalo Trace chars its barrels for 55 seconds for a number 4 char. These were only charred for 35 seconds for a number 3 char. The bourbon matured for 9 years in these barrels before bottling at 93 proof. Limited availability begins in April with an SRP of $69.99. 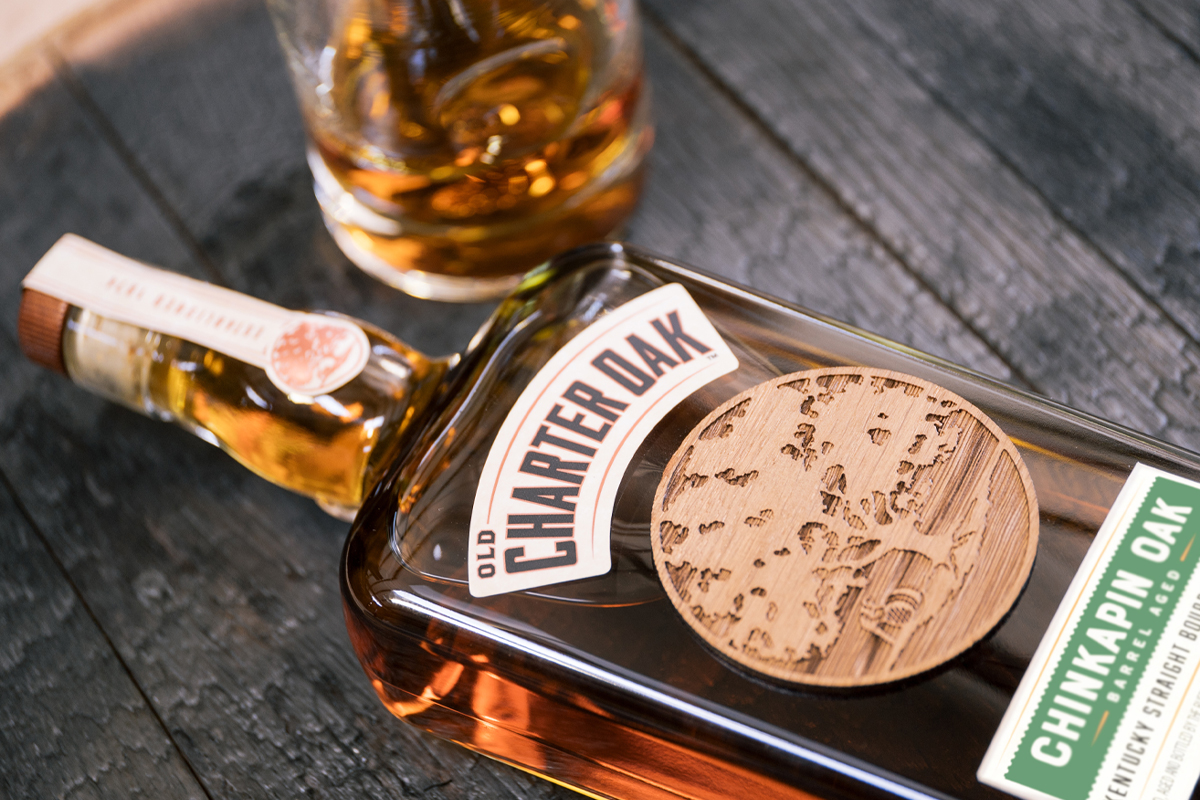 For obvious reasons most brands shied away from April Fool’s day this year. Normally our inboxes and feeds are cluttered with brands trying to come up with the funniest fake brand with varying degrees of success. Not us, though; our jokes are always great. One brand that hit it out of the park this year was Douglas Laing with a brand new “release”, Big Beat.

Peatheads are no-doubt already familiar with the brand’s famous character and product Big Peat, the Ileach fisherman in his wool sweater, bracing against the blustery wind. But unlike Big Peat’s label, Big Beat’s label shows Big Peat with headphones on, standing behind his classic whisky barrels which now feature turntables. 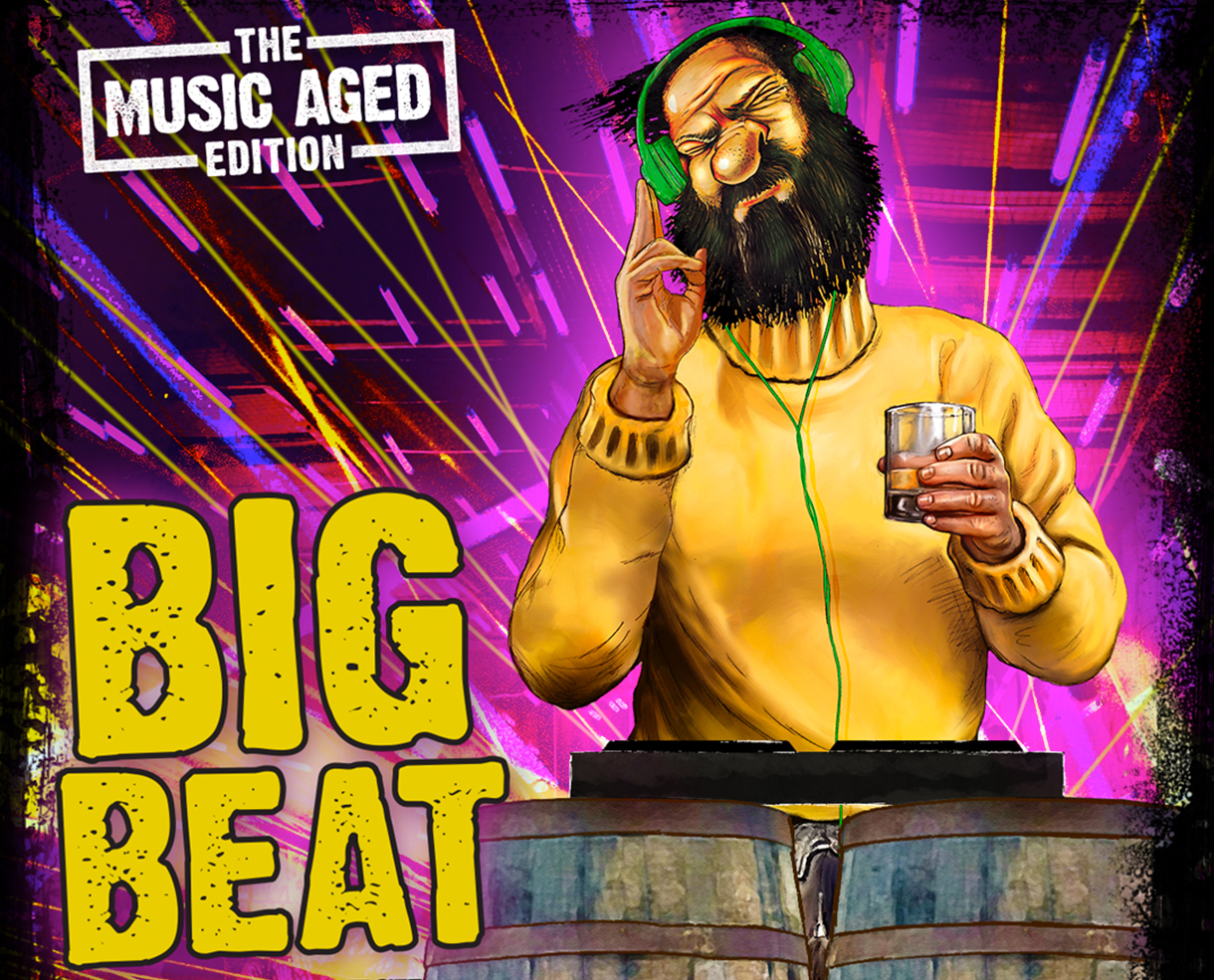 “Having carried out extensive experiments by which music is played within our warehouses, we have seen a direct correlation in the amount of flavor and character picked up by the spirit,” says Fred Laing, Chairman at Douglas Laing. “The pulsation caused by Big Peat’s favorite bass-heavy tunes leads to increased contact with the wood, in turn allowing for the spirit to pick up a wonderful melody of sweet and smoke that hits just the right note.”

We’ve shared news of the efforts being made by the United States Bartenders’ Guild to raise emergency funds for the hundreds of thousands of bartenders out of work due to the outbreak of COVID-19. Individuals and brands have donated millions of dollars over the last few weeks. This week the USBG announced that relief grants will be distributed starting in early April. The USBG Foundation has received over 200,000 applications up to this point.

The grants are “intended to assist with day-to-day expenses” and will range between $150 to $500 on average. Donations are still being accepted, while many in the spirits industry are calling on the largest of the drinks brands to do even more than they’ve already committed to.

With the outbreak of COVID-19 causing a huge demand for hand-sanitizer, many distilleries have stepped up to help. This week the Scotch Whisky Association launched a new online portal to connect companies in the UK  working to create hand sanitizer. This comes on the heels of the Distilled Spirits Council launching a similar portal to connect brands in the United States.

What Else Is Going On?

Here’s a quick roundup of the other headlines from around the spirits world.

Absolut Juice Pear & Elderflower Edition is the third release from Absolut’s flavored vodka Juice range. This release follows Absolut Juice Apple and Absolut Juice Strawberry. Made without using artificial flavors or colors, each bottle contains 5% real fruit juice. It is available in April 2020 and comes in at 35% ABV with an SRP of $20. 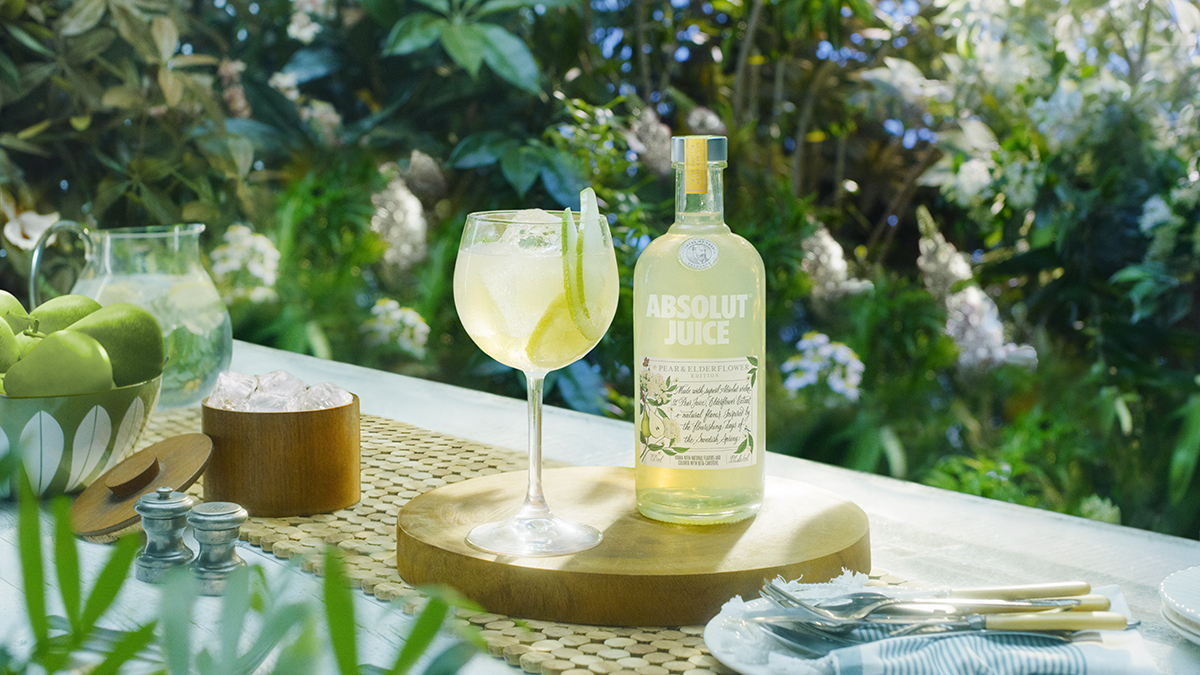 Captain Morgan Orange Vanilla Twist is a new flavored spiced rum from the Diageo-owned rum brand. This limited-edition rum will be available from March through Labor Day 2020 in the United States. Bottled at 30% ABV, it has an SRP of $15.

Currach Single Malt Atlantic Kombu Seaweed Cask is a new Irish whiskey from Origin Spirits. It began its life as a triple-distilled single malt matured in ex-bourbon barrels. Next, the whiskey spends three months in virgin oak casks that previously charred Atlantic Kombu seaweed. Bottled at 46% ABV, it is available at speciality retailers in Ireland for an SRP of €55.

Joining the long and ever-growing list of companies producing hand sanitizer is Sazerac Company. The brand has committed to producing over five million bottles of hand sanitizer across its production sites in North America. Buffalo Trace began production this week with more Sazerac sites to follow. They are currently accepting requests via a request form. 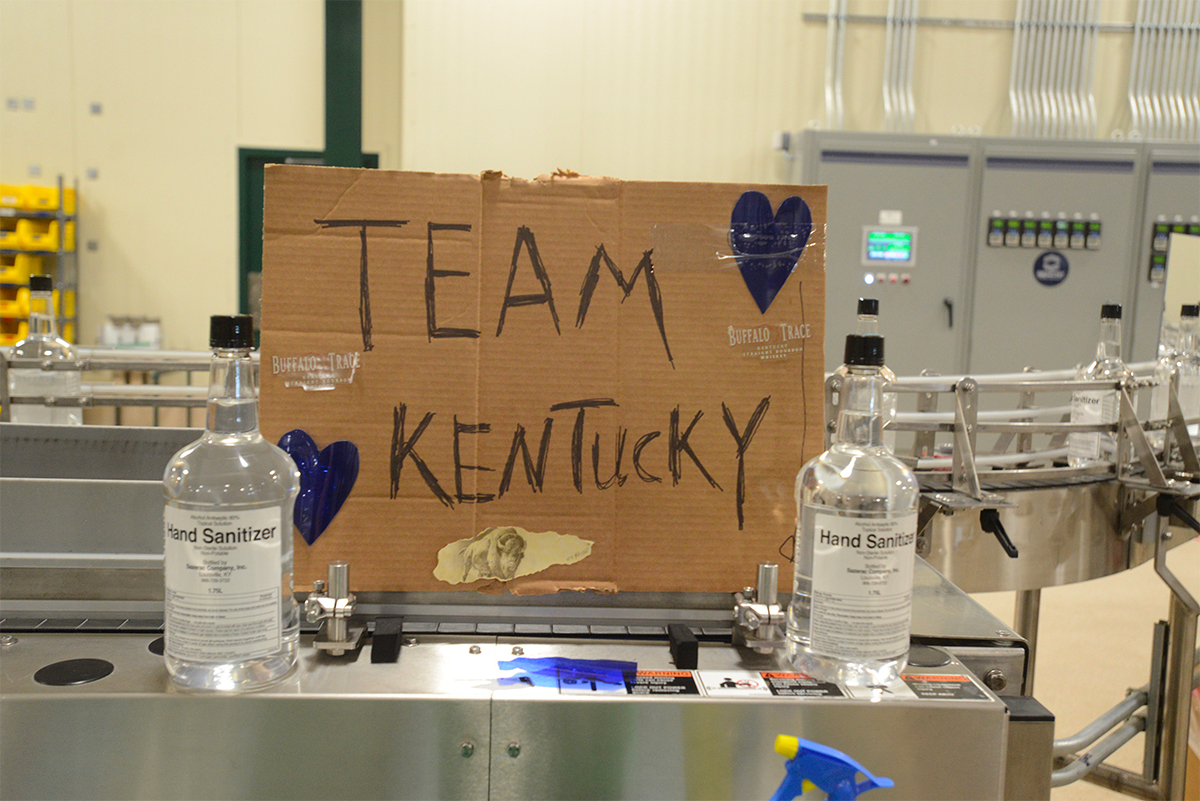 Hoping to get your hands on Old Charter Oak Chinkapin Oak?

When faced with a crisis, these distilleries are stepping up