This week brought us several new limited edition whiskeys that are sure to please whiskey fans (that is if you can find them). This includes the Four Roses 2020 Limited Edition Small Batch Bourbon. It’s arriving just in time to celebrate Bourbon Heritage Month which begins next week. Yup, August is coming to a close which means you can expect bourbon announcements, as well as bourbon reviews, to increase in number in the coming days. We can’t wait.

Since there is so much to discuss, let’s just get to it. Distiller’s Friday Roundup for August 28, 2020 begins now.

In short, two different yeasts are the focus here—one with a delicate fruit flavor (yeast V) and one with a slight spice (yeast K). The bourbons were blended and bottled without chill filtration at barrel strength of 111.4 proof.

Four Roses 2020 Limited Edition Small Batch Bourbon will have a suggested retail price (SRP) of $150. There will be 14,040 bottles available in the US as of September 2020. 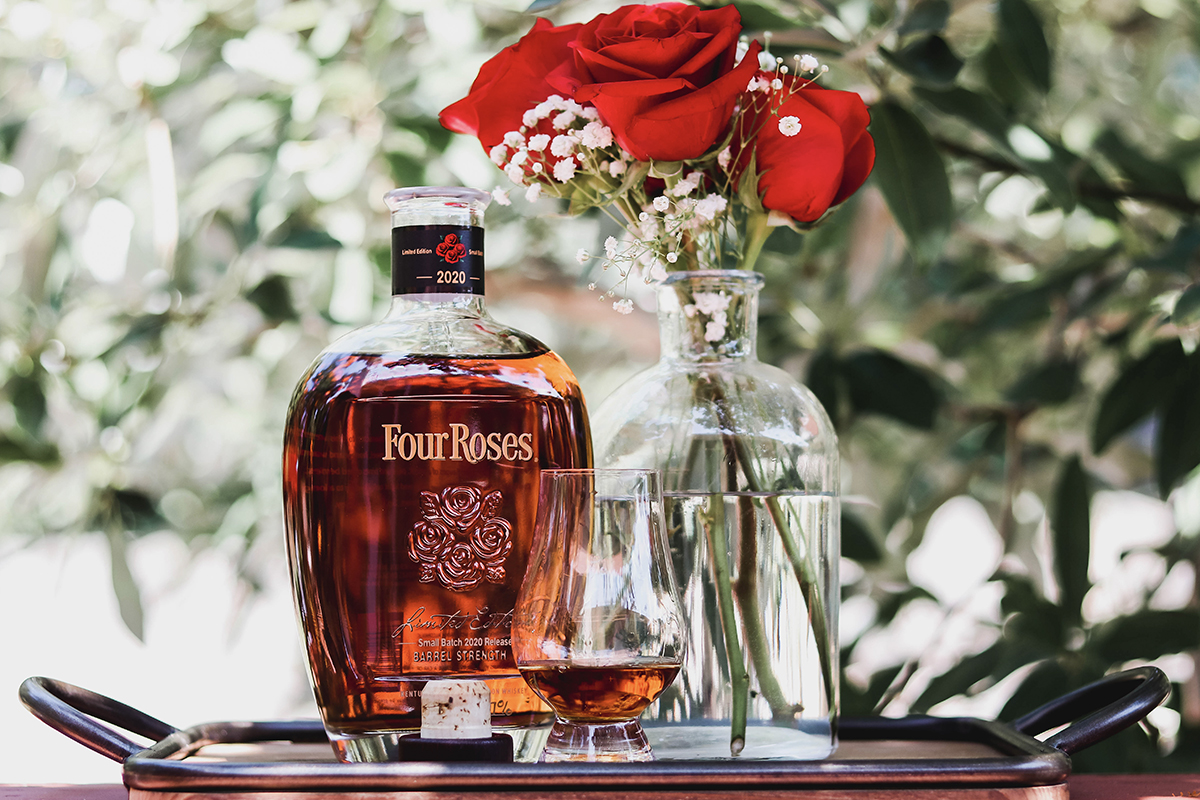 Blanton’s Straight from the Barrel was originally only available in duty free and international markets. However, like Blanton’s Gold Label which was announced earlier this summer, Buffalo Trace plans for this bourbon to be an annual limited edition release available in the US.  As the name suggests, Blanton’s Straight From the Barrel is bottled at barrel strength and without chill filtration. As a result, the alcohol percentage will vary with each barrel.

Blanton’s Original Single Barrel, the world’s first single barrel bourbon, was created by master distiller Elmer T. Lee in 1984. He named the bourbon after former distillery president Colonel Albert B. Blanton. Like the two other bourbons in the portfolio, each bottle comes with a topper that features eight different jockeys, horses and letters which spell out “B-L-A-N-T-O-N-S”.

Blanton’s Straight From the Barrel is available this fall in limited quantities with an SRP of $150. 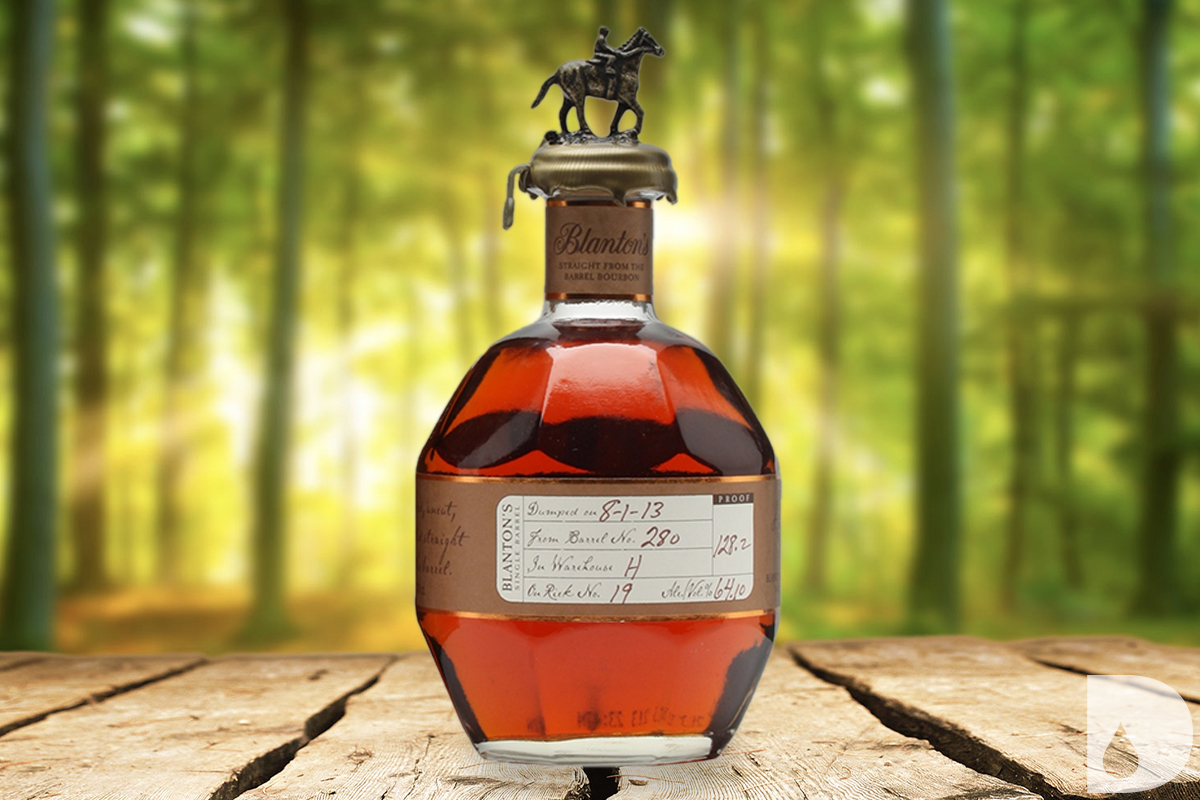 Blanton’s Straight from the Barrel

In honor of the 85th anniversary of the founding of the Stitzel-Weller Distillery (1935-1992), Diageo has re-released Blade and Bow Bourbon 22 Year. The brand is named after the two parts of a skeleton key: the blade shaft and the ornate bow. In fact, its name is a tribute to the five keys which hung at this historic distillery. Each key represents the five steps in creating a bourbon: grains, yeast, fermentation, distillation and aging. This 22-year-old bourbon includes some of the last bourbon produced at the distillery before its closure in 1992.

This limited edition annual release will be available in limited quantities beginning in September in the following markets: California, Texas, Georgia, Colorado, New York, South Carolina, Illinois, Kentucky, Washington, D.C., Tennessee, North Carolina and Virginia. It has an SRP of $450. 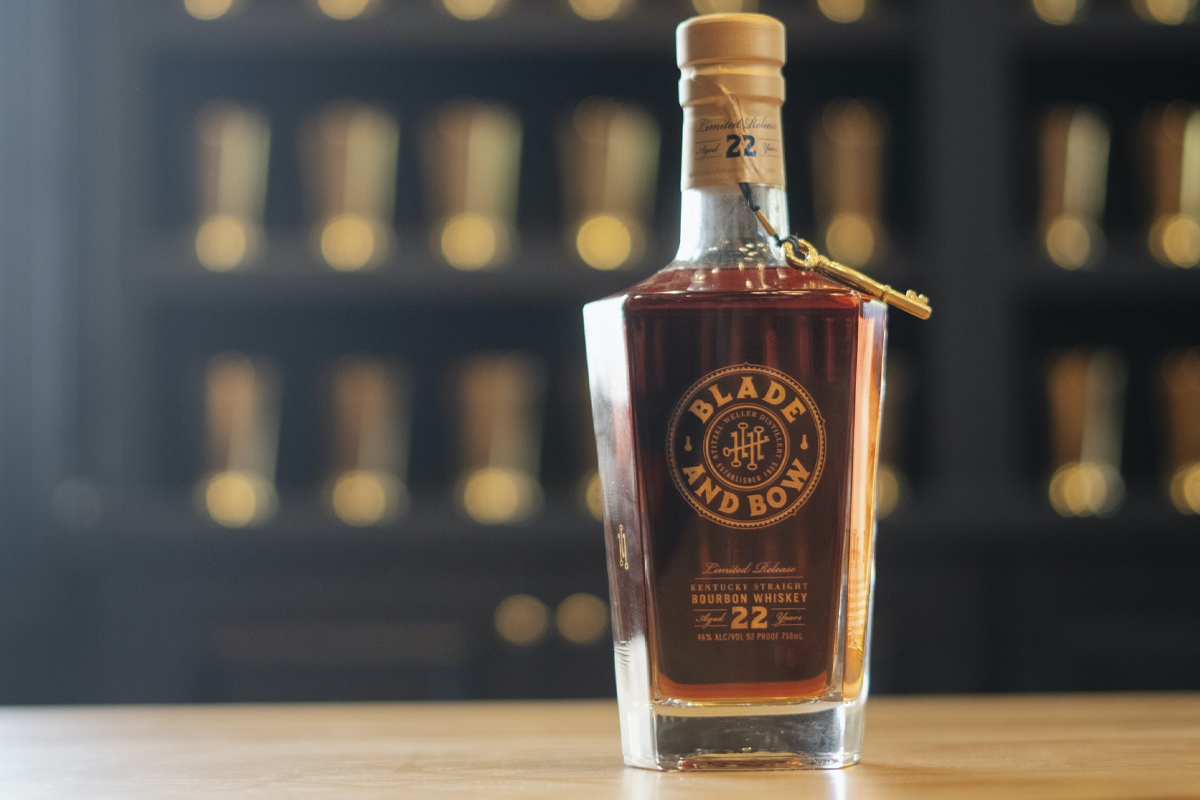 Michter’s has announced the 2020 release of US*1 Toasted Barrel Finish Rye. This rye whiskey is made by taking fully matured barrel strength Michter’s US*1 Single Barrel Rye then finishing it in a secondary barrel. These finishing barrels are made from staves which were air-dryed for 24 months. However, as the name suggests, these finishing barrels were toasted, not charred.

As the rye whiskey is bottled at cask strength, the proof will vary but the average proof for the 2020 release is 109.2. A limited amount of bottles will be released in September 2020 with an SRP of $85. 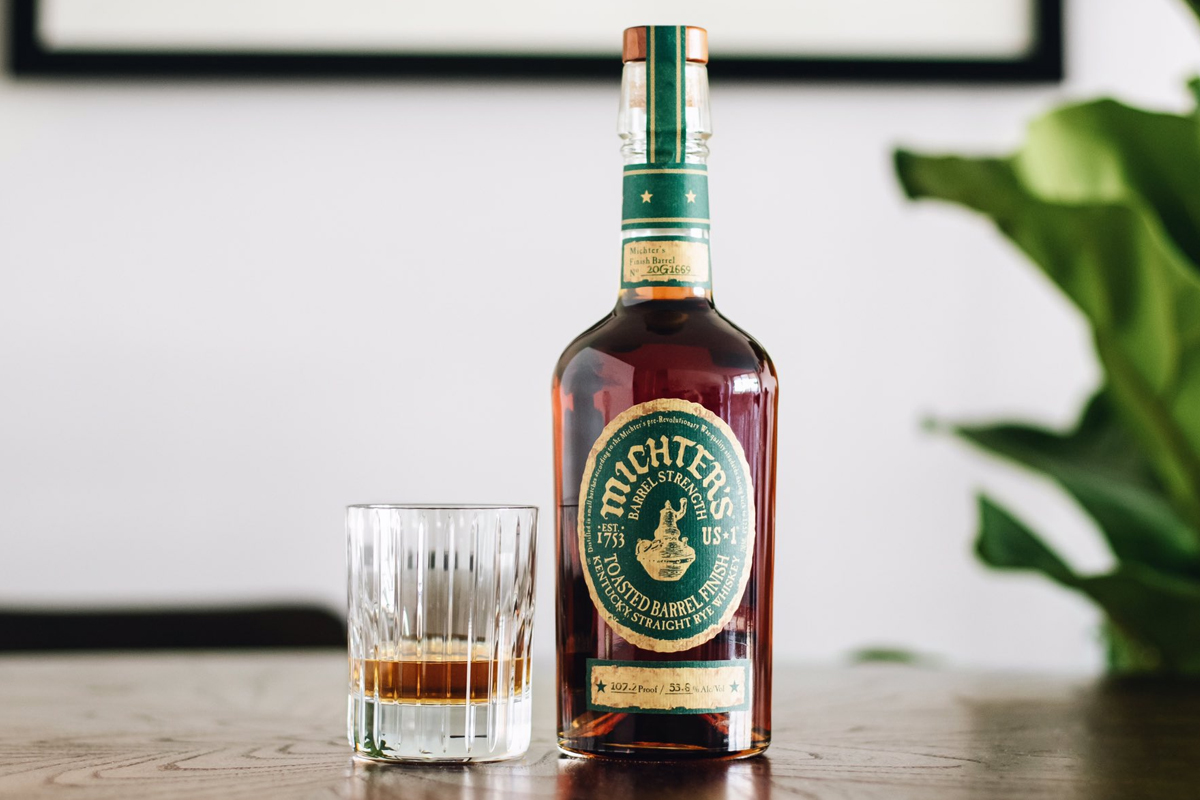 Rossville Union Master Crafted Single Barrel Straight Rye is a custom retail selection. Two different mash bills are offered to retailers who meet with the MGP team in Lawrenceburg, Indiana to decide on their selections. Notably, the rye whiskey is bottled in bond at 100 proof. This differs from the brand’s standard 94 proof version as well as its barrel proof releases.

These single barrel bottles will come in custom packaging with the retailer’s name displayed. Additionally, the retailer has the option to add a 2020 Single Barrel Selection label to highlight the collectible nature of the whiskey.

A list of available retailers can be found here with the bottles having a suggested retail price of $49.99.

This week The Macallan announced a new virtual experience: The Macallan Whisky Bench Experience: Discover the Double Cask Journey From Acorn to Glass. This experience will offer access to the Whisky Mastery Team which will take a look at the creation of the new Double Cask Range on September 16th at 1pm EST.

Three members of the Whisky Mastery Team, (Master Whisky Maker Kirsteen Campbell, Lead Whisky Maker Sarah Burgess and Master of Wood Stuart MacPherson), will come together for this virtual experience. Consumers will get an inside look at the journey involved in creating the Double Cask Range as told by the masters of The Macallan themselves. Hosted and moderated by National Brand Ambassador, Raquel Raies, this virtual experience will also feature a tasting and interactive live Q&A session with the trio.

Consumers can register for the experience here. Additionally, those who are interested in tasting the whisky alongside the Whisky Mastery Team can purchase the whiskies here. 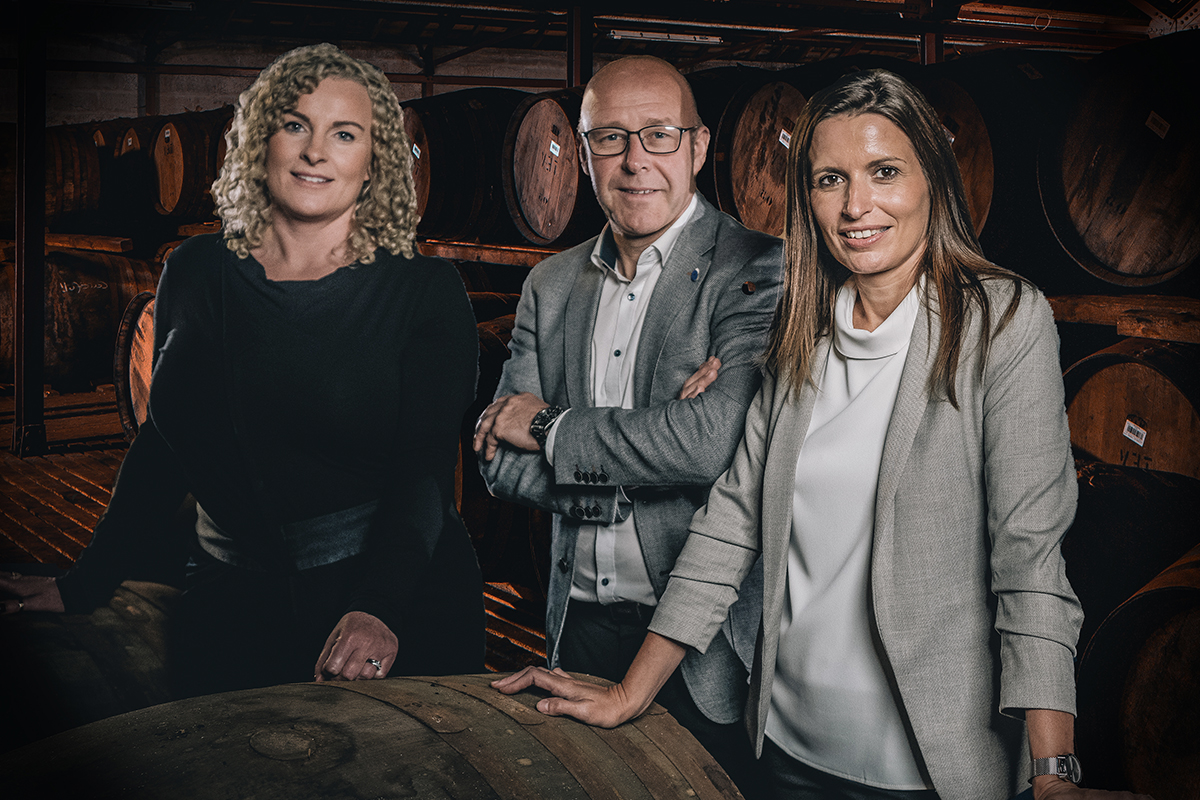 GlenDronach Kingsman Edition 1989 is a limited edition single malt release and the second collaboration with Matthew Vaughn for his film “The King’s Man” set during WW1. For this release, GlenDronach Master Blender Dr. Rachel Barrie selected six casks of single malt which were distilled in 1989 and matured in oloroso sherry casks. The whisky was then finished in Pedro Ximenez sherry casks.

The Kingsman Edition 1989 was inspired by a 29-year-old whisky that was bottled in 1913, the oldest bottle housed at GlenDronach. Three friends had each purchased a bottle just before the outbreak of WW1. The three vowed to open their bottles when they all returned from the war, but sadly only one made it back home. He never opened his bottle and his family donated it to the distillery where it is displayed.

Only 3,052 bottles of this whisky were produced. It will be available in select global retailers as of September 2020 with an SRP of $1299. 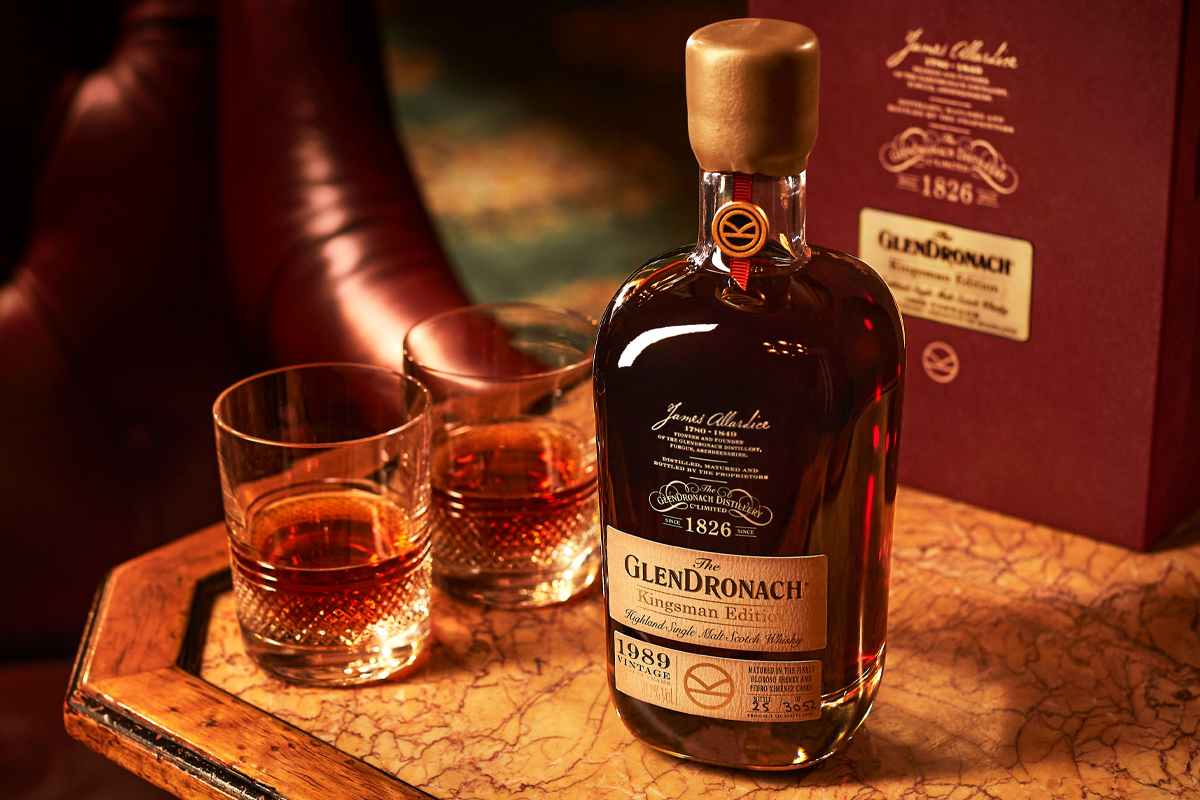 Pinhook Bohemian Bourbon is the brand’s flagship bourbon release for 2020. Like previous releases, it features a promising young thoroughbred horse from Bourbon Lane Stables on the label. However, Bohemian Bourbon is the first filly to be featured. The bourbon was distilled at Castle & Key Distillery from a mash bill of 75% corn, 15% rye and 10% malted barley. It was blended and bottled by co-founder Sean Josephs at 47.5% ABV. It has an SRP of $38.

Big Peat 12 Year and The Epicurean 12 Year are permanent additions to independent bottler Douglas Laing’s Remarkable Regional Malts collection. Big Peat is an Islay blended malt bottling featuring peated single malt whiskies. Meanwhile, The Epicurean features single malt whiskies from Lowlands distilleries. Each of the whiskies is bottled at 46% ABV and without color or chill-filtration which is standard for the bottler. 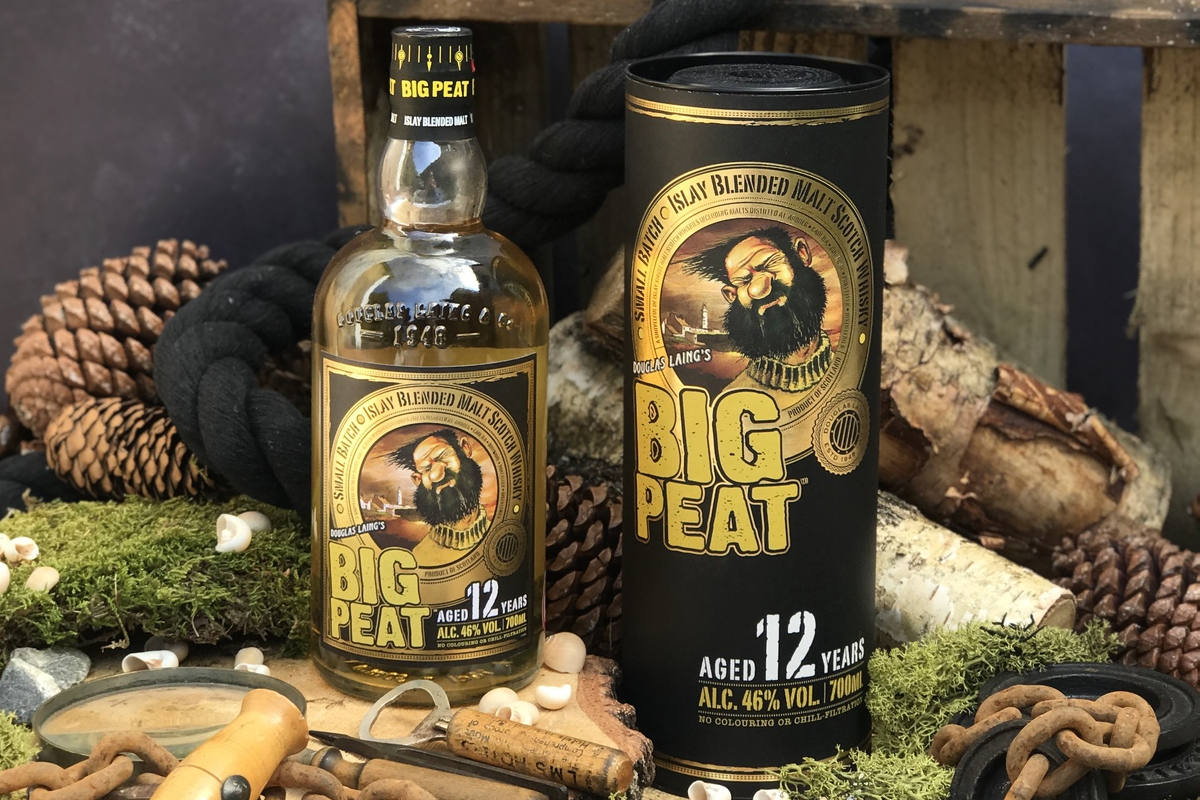 Ready to grab a bottle of Four Roses 2020 Limited Edition?