This week award-winning Tasmanian distillery, Lark, announced its first blended malt whisky, called Lark Symphony No. 1. Then, Loch Lomond re-designed its entire core range of whiskies as well as its global travel retail whiskies. Diageo reported a striking 47% drop in profits due to COVID-19, though interestingly North America actually saw an increase in profits. Brown-Forman exited the Canadian whisky game by selling off Canadian Mist to Sazerac. Finally, Woodford Reserve unveiled its $1,000 and $2,500 Kentucky Derby silver and gold mint julep cups. Oh, and you can now buy boozy ice cream in New York. If you’d like to take a closer look at some new releases on the horizon, we found some interesting things in the TTB database. Tomintoul Cigar Malt, anyone?

Tasmanian distillery Lark just announced its latest release, called Lark Symphony No. 1. This is the first blended malt whisky from the award-winning brand. To craft this whisky, the brand uses several different cask types including ex-bourbon casks, as well as sherry and port casks.

It is currently only available from the brand’s website and Dan Murphy’s stores across Australia. This bottling carries an ABV of 40.2% for a 500ml bottle and an SRP of AU $139 ($100 US). 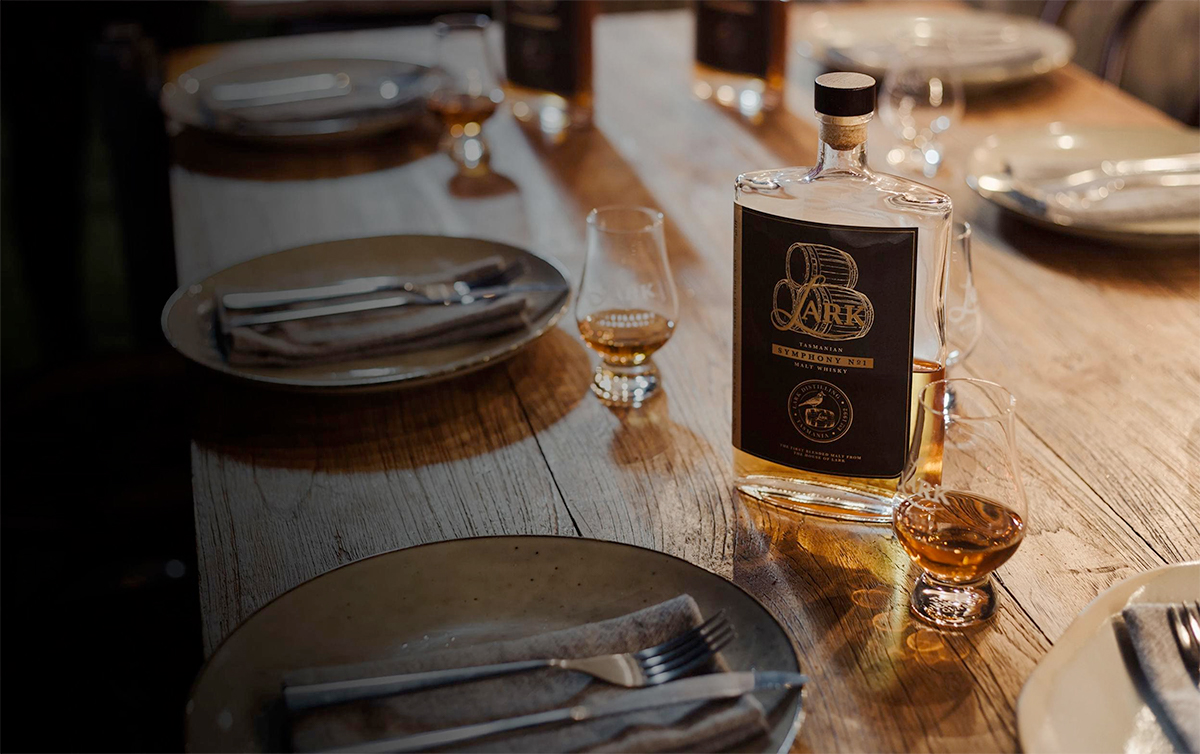 Scottish whisky brand Loch Lomond has unveiled a complete re-design of its entire core and global travel retail ranges. The brand claims that the re-design aims to achieve a “more contemporary aesthetic” that places simplified tasting notes on the front label of each bottle. 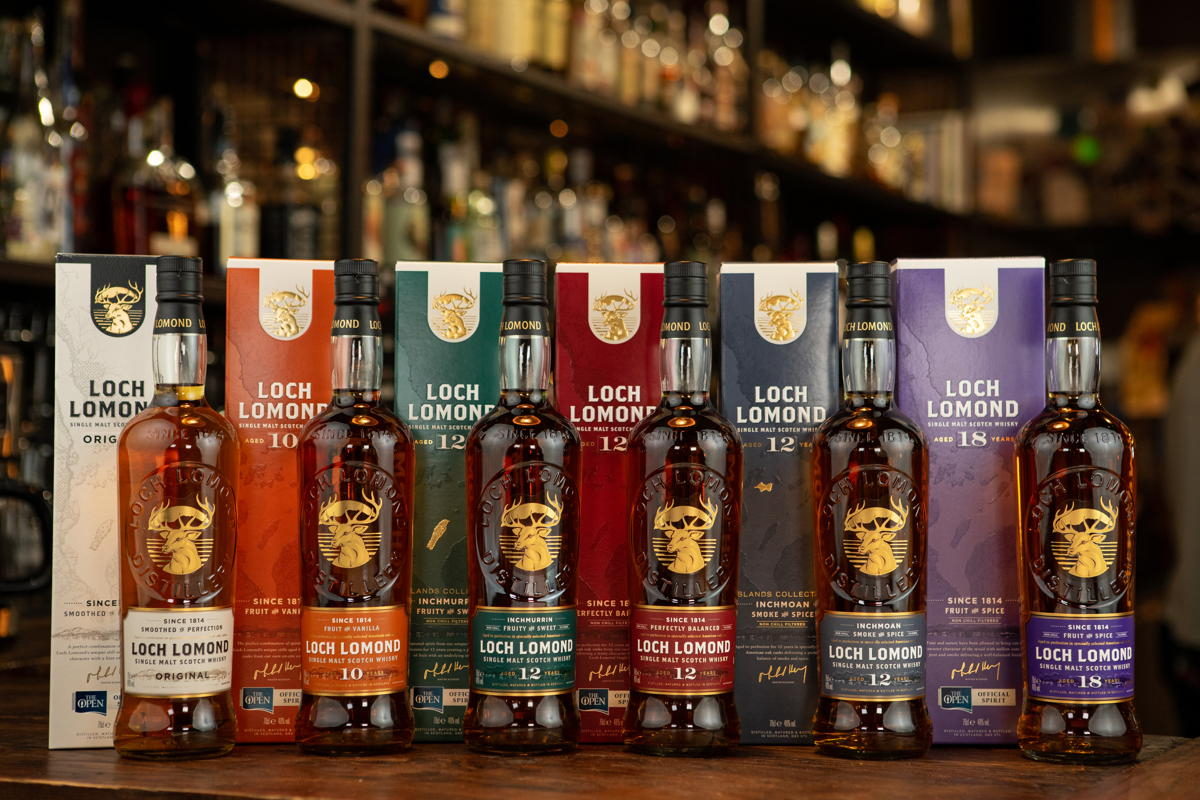 Diageo’s fiscal calendar ended on June 30th, and the drinks giant reported a 47.1% drop in operating profit, or around $2.7 billion dollars. COVID-19 has obviously impacted on-premise sales globally in a massive way. According to the company the only spirits categories to register net sales increases were Canadian whisky, US whiskey and tequila.

Shockingly in that time, North America was the only region to grow sales, driven primarily by a massive increase in off-premise (liquor stores) sales during the pandemic. 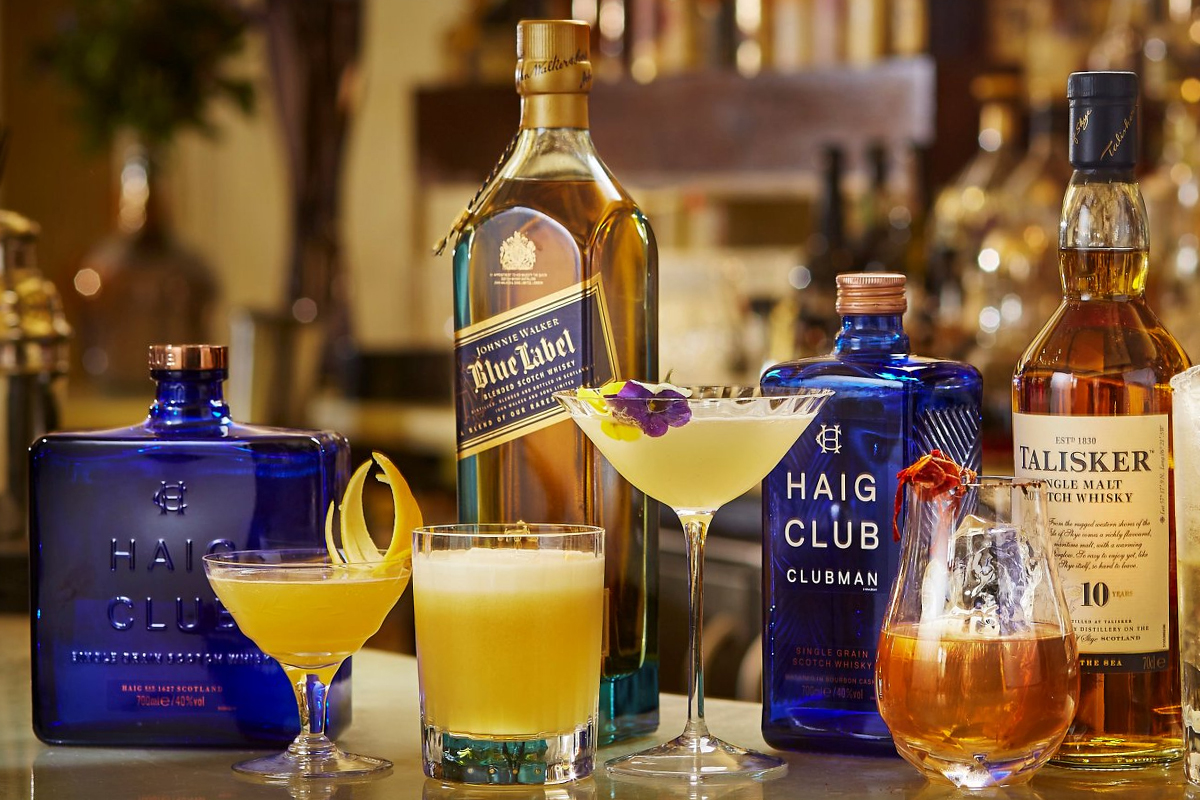 Last week Brown-Forman announced the finalization of its sale of Canadian Mist to Sazerac. The sale includes the brand itself as well as the Canadian Mist distillery in Canada.

By selling Canadian Mist, Brown-Forman has exited the Canadian whisky category completely in order to focus on its more premium American brands like Woodford Reserve.

Canadian Mist is currently the third best-selling Canadian whisky brand in the world and has been under the Brown-Forman umbrella sine 1971. 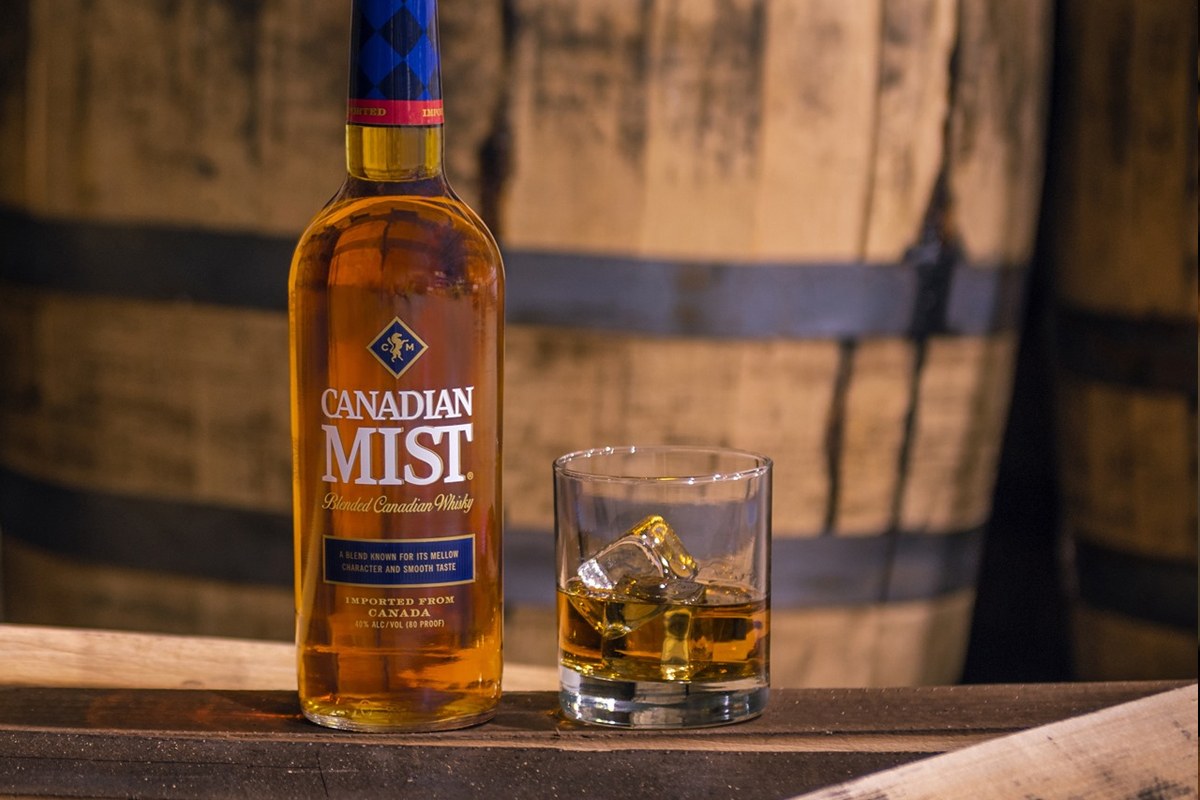 Every year Woodford Reserve announces its silver and gold Kentucky Derby Mint Julep Cups. The proceeds from the sale of the cups go directly to different charities every year. Last year the brand sent proceeds to the John Asher Memorial Scholarship Fund at Western Kentucky University. This year, they’re going to the Permanently Disabled Jockey Fund.

Woodford Reserve is also honoring the 50th anniversary of Jockey Diane Crump becoming the first female to ride in the Kentucky Derby. 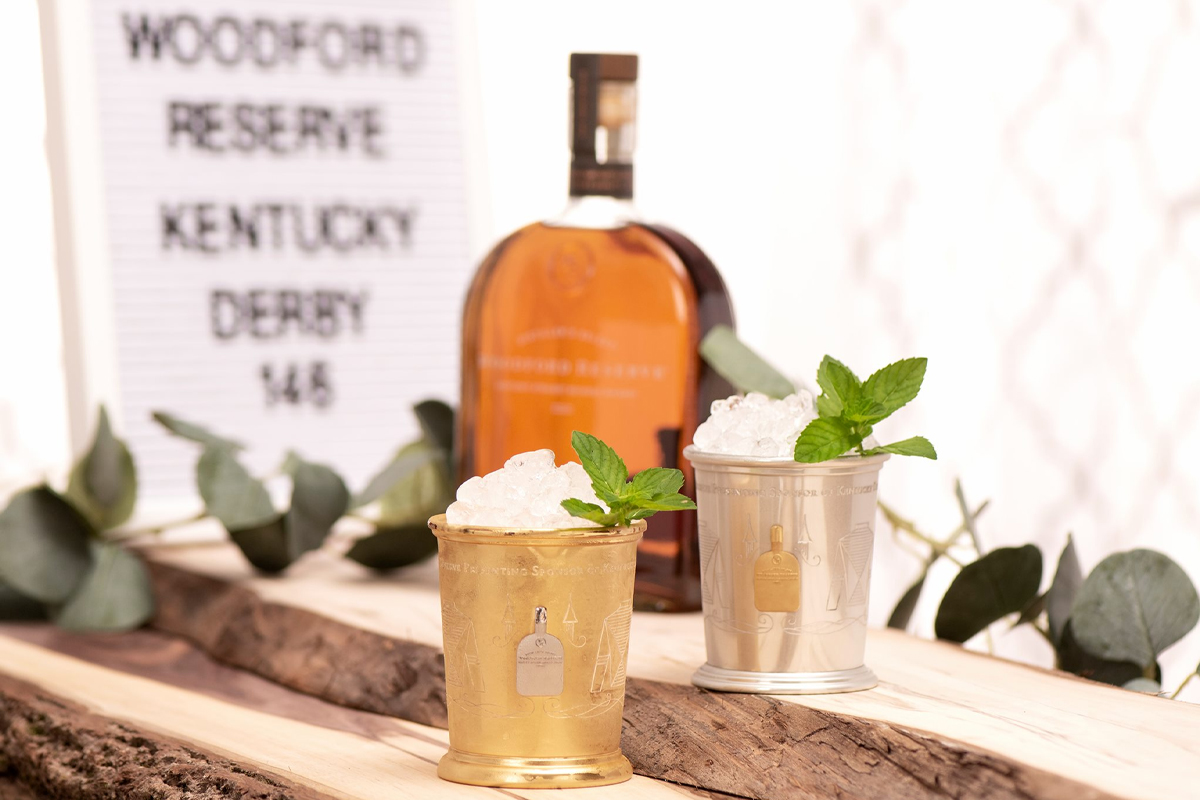 In somewhat sillier news, New York Governor Andrew Cuomo signed legislation this week to allow the production and sale of ice cream and other frozen desserts infused with alcohol. According to the law, ice cream may not contain more than 5% alcohol by volume and only individuals over the age of 21 may purchase it. 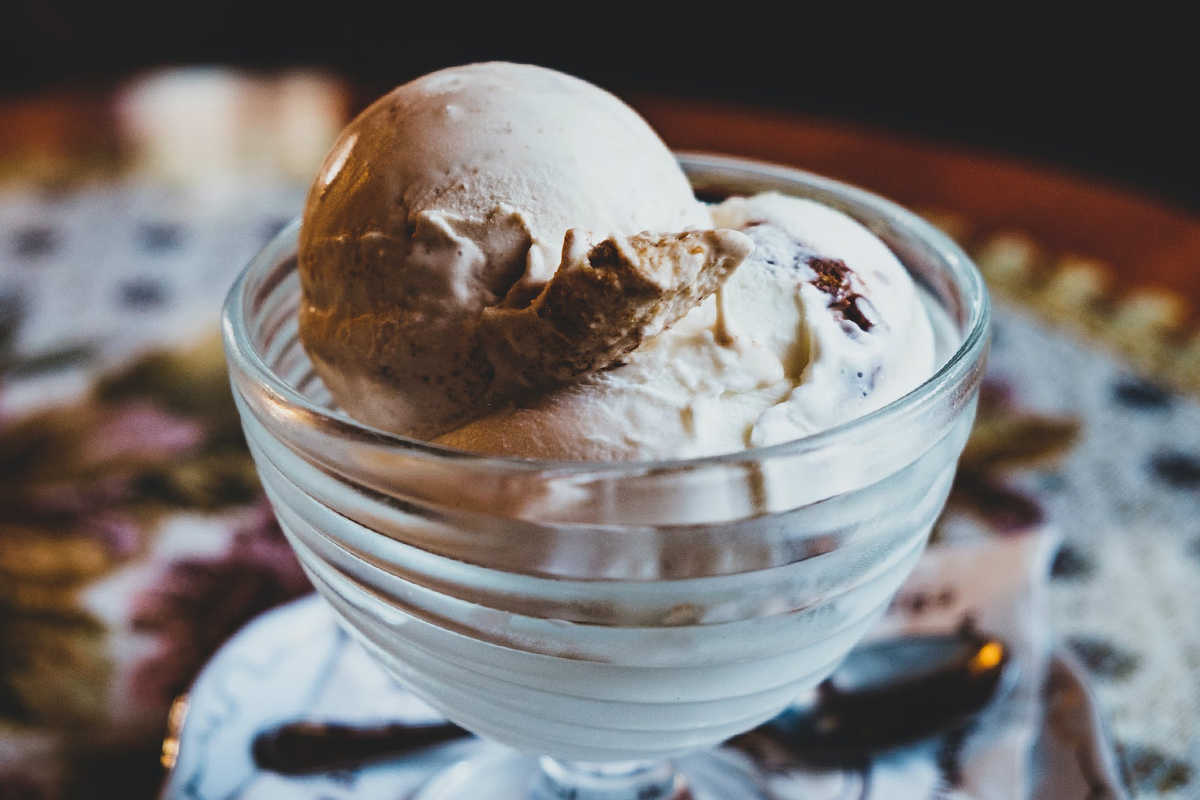 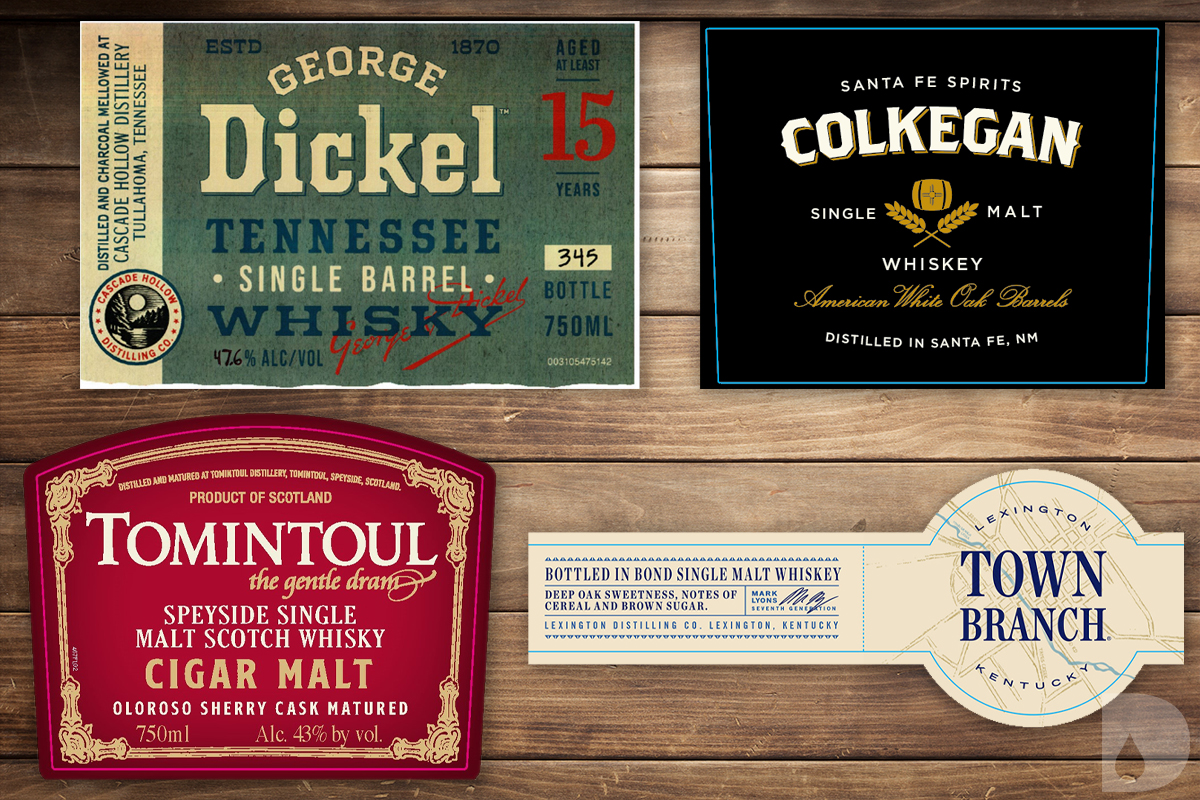 What we know: This American Single Malt was aged for 4 years in American white oak barrels before being finished in PX Sherry casks. This bottling carries an ABV of 46%.

This bonded American single malt is the oldest release yet from the Lexington, KY based distillery.

What we know: Bottled at 100 proof, this whiskey aged for 12 years in ex-bourbon casks.

What appears to be the newest release from Tomintoul is a Speyside single malt whisky aged in Sherry butts.

What we know: Master Distiller Robert Fleming selected Oloroso Sherry butts from Andalucia, Spain to mature this whisky. Tomintoul Peated Single Malt is also added to the mix. This bottling carries an ABV of 43%.

This single barrel whiskey from George Dickel was distilled at Cascade Hollow Distillery in Tullahoma, Tennessee.

If you’re down in Australia, try getting your hands on a bottle of Lark Symphony No. 1.