We’re just a few days from 2021, but 2020 isn’t done with new spirits announcements yet. Coming in under the wire is Stagg Jr Batch 15. Some folks call it Baby Stagg, but there is nothing baby about it. This limited-edition bourbon from Buffalo Trace typically comes in at over 125 proof and this batch is no different. Also announced this week is the second edition in the Cascade Moon series. Notably, this release is very different from the first edition so it’ll be exciting to see what General Manager and Distiller Nicole Austin creates for this series in the future.

This is the last Friday Roundup for 2020. What a year.  While good news was tough to come by this year, the new spirit releases were a bright spot to an otherwise dreary news cycle. To demonstrate, just check out our American, Scotch Whisky, World Whiskey, and Everything-But-Whiskey Gift Guides for 2020. Those articles will take you to the highlights of the year. These spirits should all be on your radars — and perhaps one or two are wrapped with a pretty bow waiting for you to open as you read this. You deserve it!

We very much look forward to seeing what’s in store for the spirits world in 2021. In fact, we’ve got a sneak peek of a few upcoming releases in our TTB roundup below. We’ll let you know when those spirits get officially announced in the new year. Of course we have just a few more days in the calendar to get through first. With this in mind, let’s get to it. This is Distiller’s Friday Roundup for December 18, 2020!

This week, Buffalo Trace announced the release of Stagg Jr Batch 15. In detail, this batch was bottled at a barrel proof of 131.1 proof. It’s important to realize that the Stagg Jr. batches are both uncut and unfiltered. In fact, it’s intended to have a similar profile to the popular George T. Stagg. Stagg Jr. is released in batches twice per year. Notably, Stagg Jr Batch 15 was aged for over 8 years. Incidentally, the 16th batch is expected in late spring 2021. 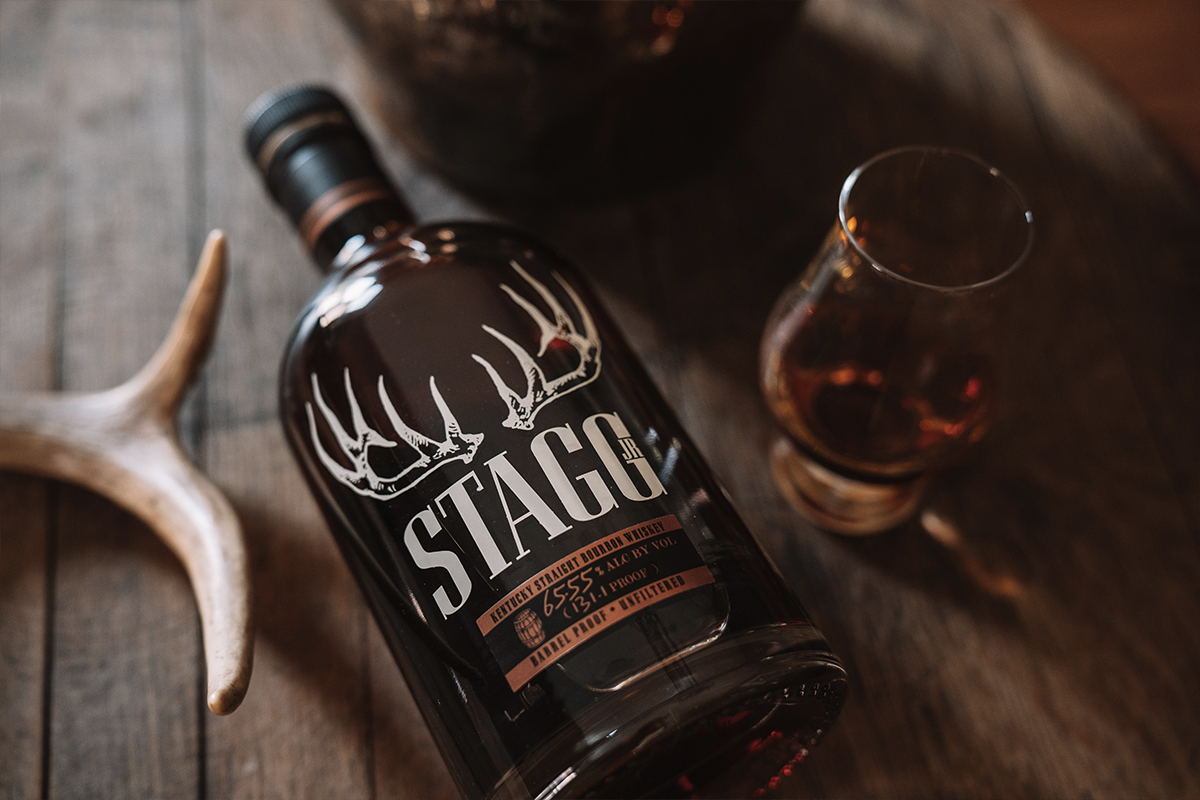 Earlier this week, Moët Hennessy and WhistlePig announced a partnership to help bring the brand’s whiskeys to select markets throughout the world. Furthermore, Moët Hennessy has taken a minority stake in the Vermont-based whiskey brand for an undisclosed sum. Thus far, outside North America, WhistlePig is available in the United Kingdom.

Notably, this partnership will not have any effect on its distribution partnerships within North America as the focus is on building WhistlePig and the brand outside of this region.

“The arrangement with Moët Hennessy marks a significant moment for WhistlePig,” said Jeff Kozak, CEO of WhistlePig. “We could not be more pleased to align our brand with the leader in luxury wines and spirits and are excited about the future collaboration with Moët Hennessy’s team in the international market.” 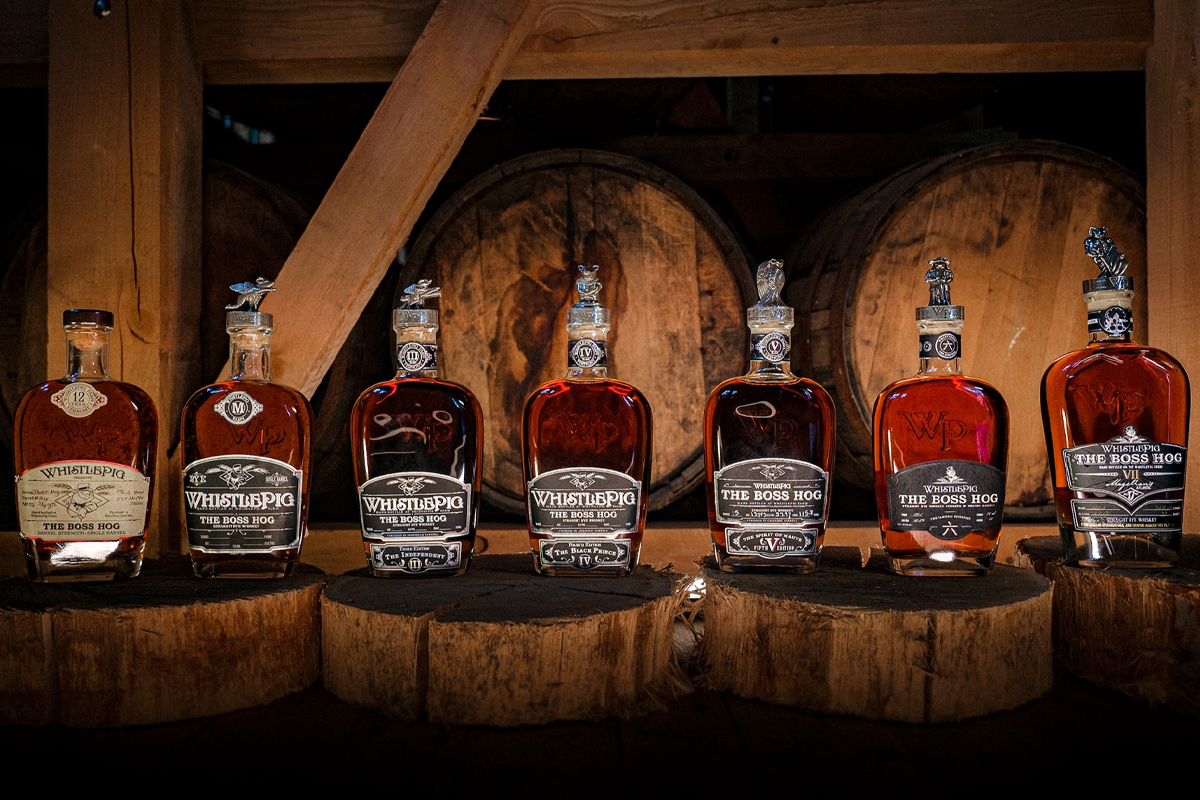 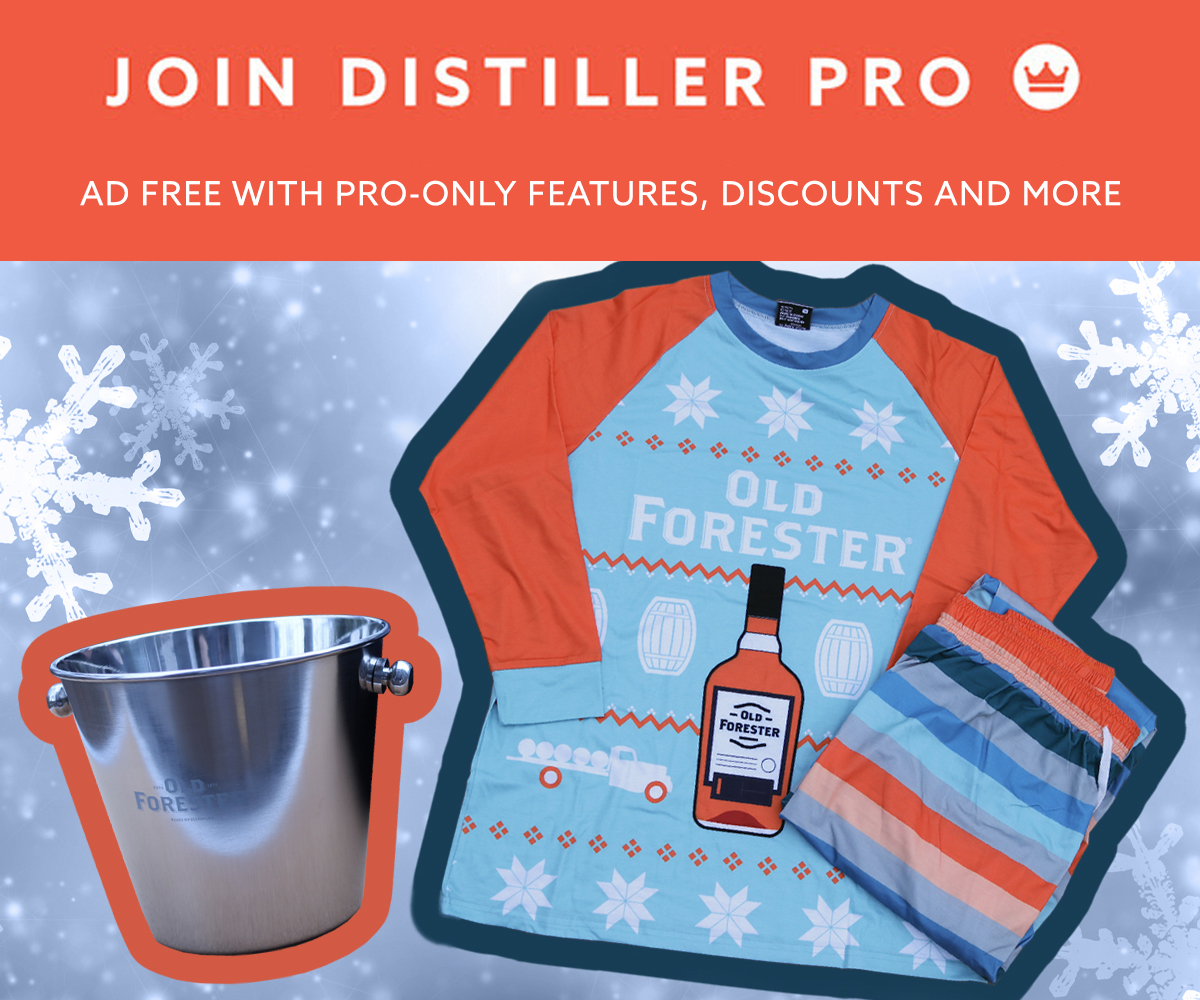 This week, Cascade Hollow Distilling Co., makers of George Dickel Tennessee Whisky, announced the second edition in the Cascade Moon series. The inspiration for Cascade Moon Edition No. 2 comes from the first barrel of Tennessee whisky filled after Cascade Hollow Distilling Co. resumed production in 2003 after a shut down. This small batch of Tennessee whisky is made from fewer than 20 barrels aged at least 16 years. It is bottled at 90 proof.

Incidentally, the whisky is presented in a unique sandblasted ceramic bottle sourced from one of limited producers in the world. Moreover, the labels are hand-printed using a 130-year-old press.

Cascade Moon Edition No. 2 is available this month in Tennessee, California and Texas with an SRP of $249.99. 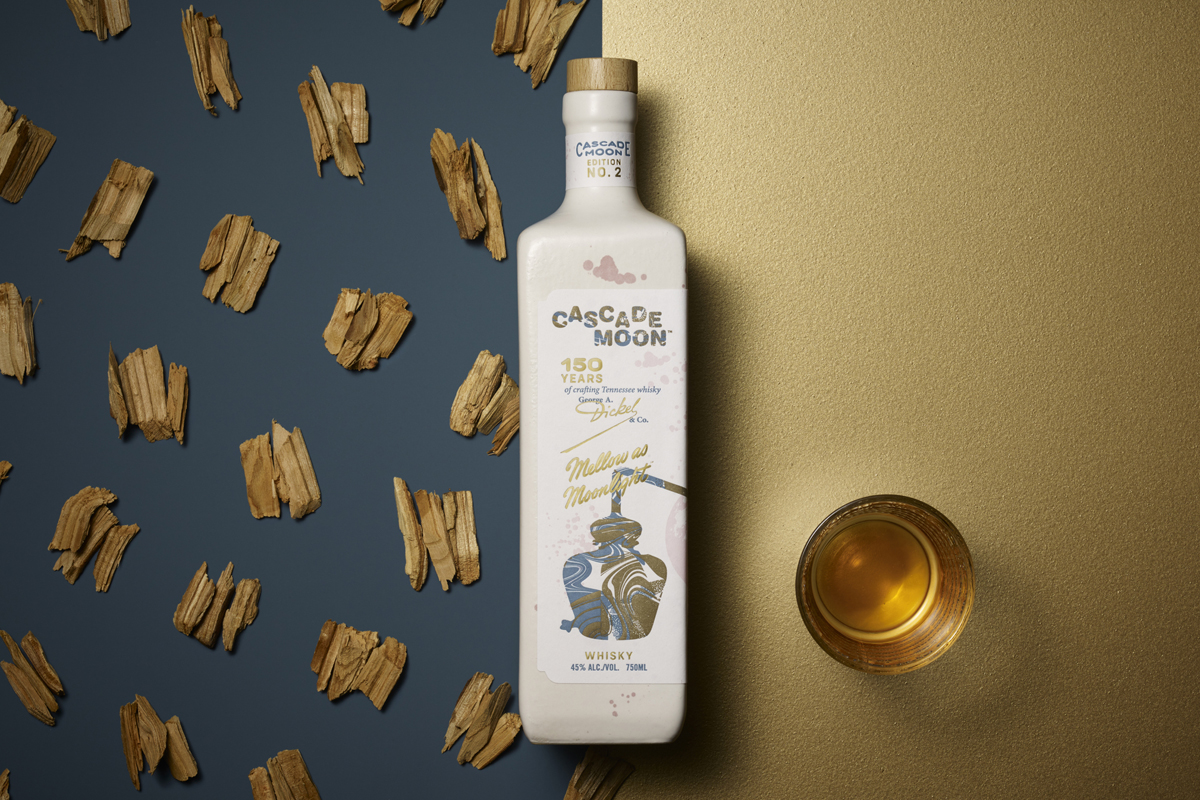 The Macallan Unveils Distil Your World: The London Edition

Macallan Distil Your World: London Edition is a limited-edition whisky made in collaboration with the Roca Brothers, owners of El Celler de Can Roca in Spain. The whisky is meant to capture the essence of the city of London. This bottling was aged in six first-fill European oak oloroso sherry seasoned casks. To accompany the bottling, the Roca Brother’s adventures through London were captured on film in an Amazon Prime Video documentary titled, Distil Your World London.

“The places we visited, the people we met, all that now takes shape in this whisky — our own distillation of the London essence,” said Josep Roca. “There is part of umami, the subtle touch of curry, orange, vanilla and raisin. There are some special notes that are really rare to find.

“London is an international city, a melting pot of culture, cuisine, architecture, and art and its rich heritage and myriad of cultures, combined with a timeless spirit and an innovative nature, made it the ideal playing field for this journey of mastery,” said Steven Bremner, whisky maker at The Macallan.

The Distil Your World London documentary series currently airs on Amazon Prime Video. Only 2,000 bottles of Macallan Distil Your World: London were produced. It’s bottled at 57.5% ABV and available globally now with an SRP of $4,500. 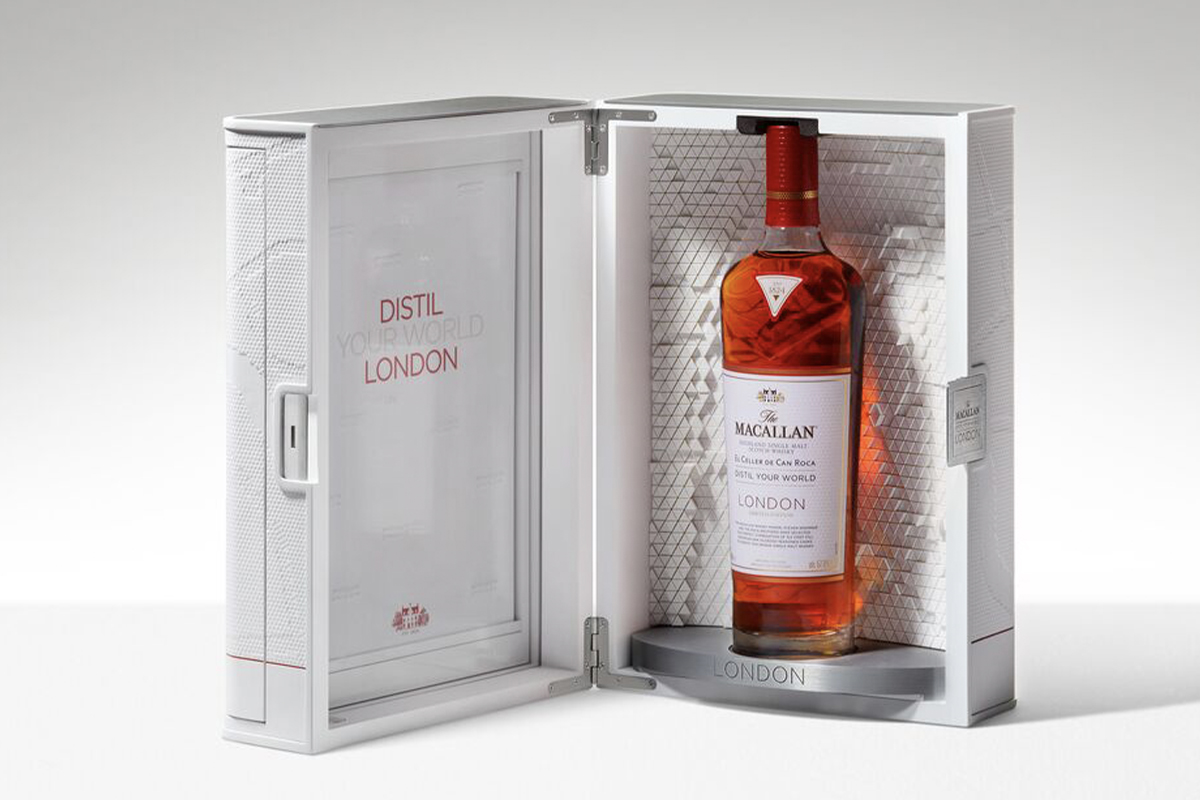 This limited-edition rum begins with a blend of rums aged 8 years and 40 + years, averaging just over 11 years of age. These rums were aged in white oak ex-bourbon barrels. Then the rum is finished for 9 months in virgin American oak 200-liter barrels. These virgin barrels are extra-charred. First they are given a slow & low char for 60 minutes (180°C/356°F) before getting a final char for 20-25 seconds (225°C/437°F) resulting in 8mm of black char on the barrels. It’s available in the US as of December 2020 with an SRP of $59.99. 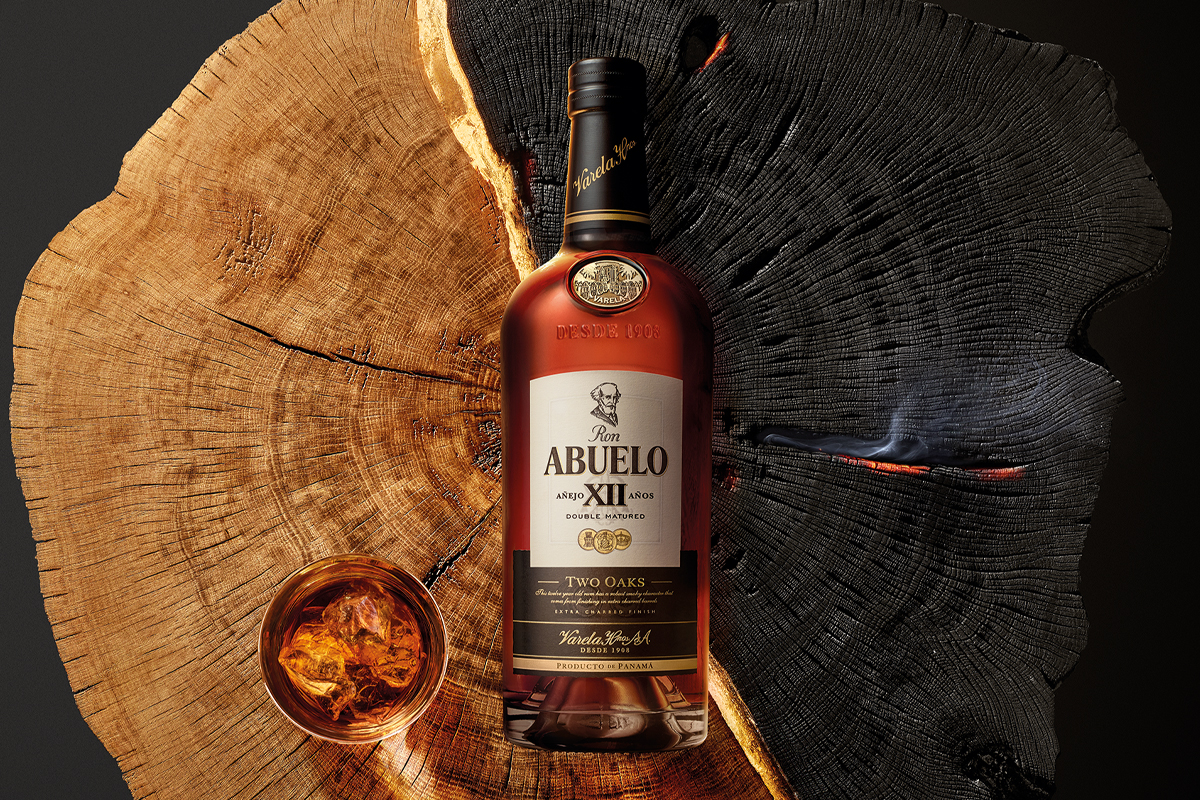 This is the second collaboration for Bardstown Bourbon Co. and Calistoga-based winemaker Phifer Pavitt. The bottling begins with a 10-year-old Tennessee straight bourbon. It is then finished in Phifer Pavitt cabernet sauvignon barrels for 18 months. It’s bottled at 100 proof and was released in December 2020 with an SRP of $124.99. 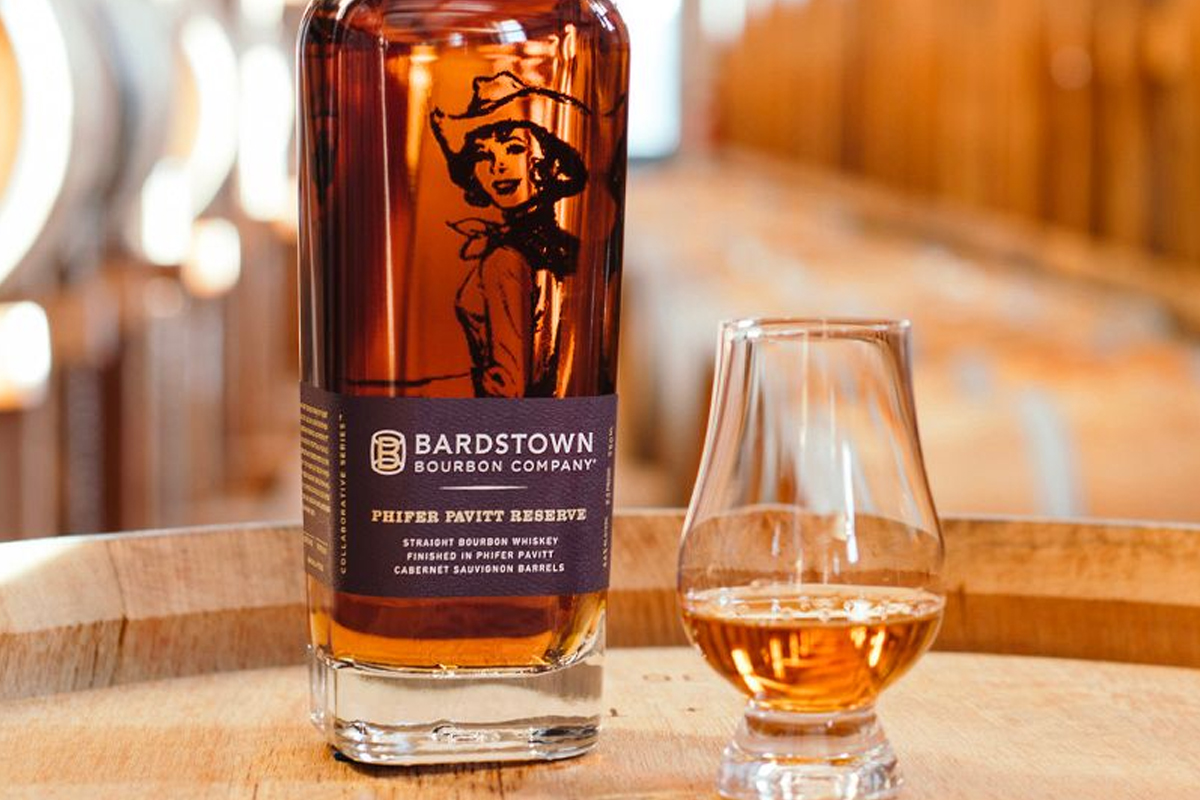 The fourth release in BBCo.’s Discovery Series is a blend of straight bourbons featuring a 13-year-old high-rye bourbon as well as 10-year and 15-year-old bourbons in the blend. It is bottled at 115 proof and was released in December 2020 with an SRP of $129.99.

Bardstown Bourbon Co. Fusion Series #4 features a 13-year-old bourbon blended with three of BBCo.’s own bourbons aged 3-4 years each. The blended bourbon is bottled at 94.9 proof. It’s available as of December 2020 with an SRP of $59.99.

Johnnie Blonde is a blended Scotch whisky developed to be consumed in long drinks. According to the brand, it’s a sweeter take on its traditional flavor. It is made from wheat and malt whiskies. Matured in American oak barrels, it is set to launch in select cities around the world beginning March 2021 with an SRP of  $24.99.

NEW RELEASES ON THE HORIZON 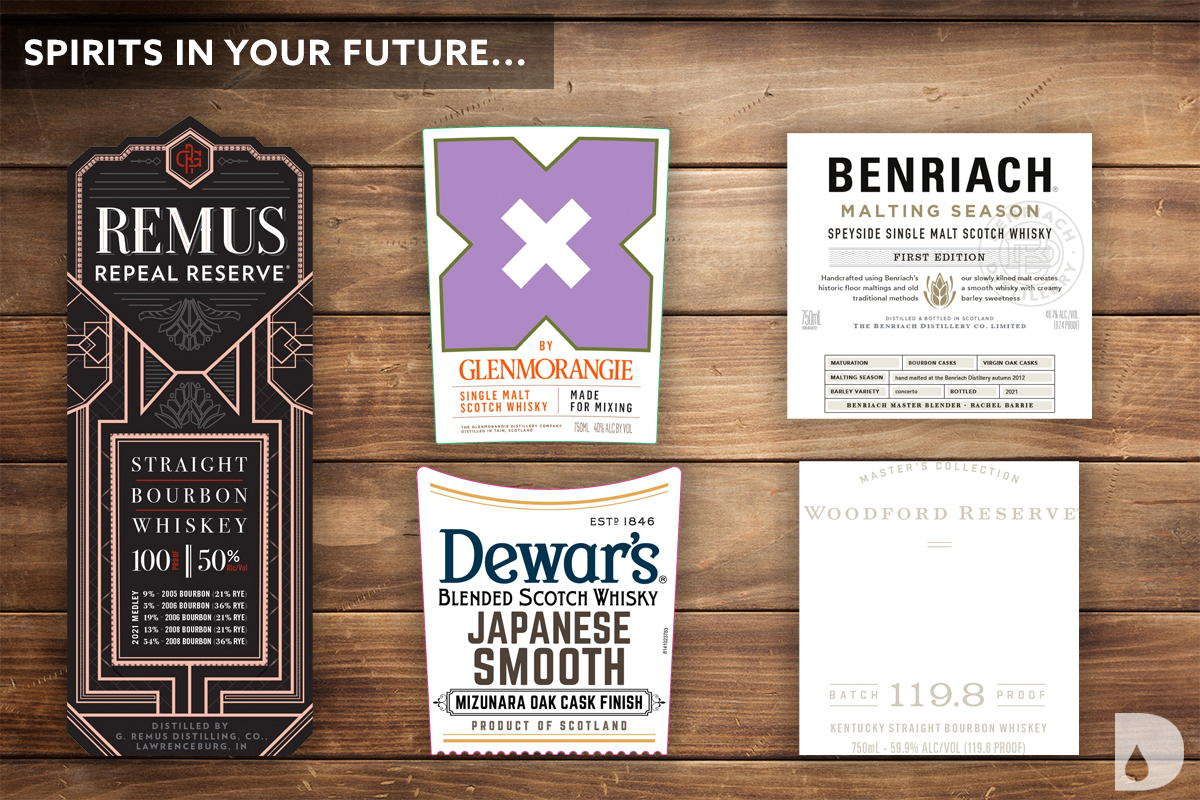 For Japanese Smooth, Dewar’s is using a Japanese Mizunara oak barrel to finish aging its blend. It’s aged for 8 years and bottled at 40% ABV.

It looks like Glenmorangie has partnered with top bartenders to come up with this new single malt.

Glenmorangie X is a no-age-statement designed with mixing in mind.It’s bottled at 40% ABV.

This is the first in a new series from the Speyside Scotch whisky brand. The focus here is the distillery’s own floor maltings which have been in production for over 120 years.

Malting Season is a no-age-statement single malt release. The label presents lots of information about the bottling otherwise. The barley type (Concerto), the season of malting (autumn 2012) and barrels used in maturation (bourbon and virgin casks) as well as the bottling date.

This upcoming bourbon release is a series within a series as it falls under the Master’s Collection umbrella. Batch Proof highlights the brand’s proprietary batch process and is a bottling of the bourbon’s actual proof, straight from the barrel.

This batch is bottled at 119.8 proof, far from the 90.4 proof which is traditional for Woodford Reserve. At this proof, it would mark the lowest proof in this particular series to date.

This is the upcoming fifth straight blended bourbon released by the brand to commemorate the repeal of Prohibition. Each year the brand changes the exact recipe.

The blend of straight bourbons used here were as follows:

Looking to seek out a bottle of Stagg Jr Batch 15?

More new spirits to finish off the month strong