December has finally come to cap off one interesting year—with much more still to come. We’ve covered hundreds of new releases, released tons of new features and welcomed hundreds of thousands of new Distiller users. This week, famed Four Roses Master Distiller Jim Rutledge has a new distillery in the works. On top of that, Basil Hayden’s 10 Year Bourbon hits shelves near you. Finally, a handful of brands are releasing even more expensive and impossible-to-purchase whiskies. Anyone have $12,000 to spare?

Speaking of new features, we just released a new update to the Distiller app that will allow you to create bottles that are missing from our database. Make sure you update your app and get to work adding any bottles we haven’t gotten to yet. All you have to do is head to the Search page and start typing. If you can’t find a bottle, you’ll see a + icon appear or a button come up that asks if we’re missing something. It’s that easy. Happy hunting!

Back in 2015, famed Four Roses Master Distiller Jim Rutledge announced that he was retiring after nearly 50 years. Largely responsible for the resurgence of the Four Roses brand and its rise to international acclaim in the early 2000’s, his retirement left something of a hole in the bourbon industry.

“It took me about a week to realize that retirement, consisting of six Saturdays and one Sunday, wasn’t going to be my cup of tea,” he said. And with that, he decided to get back to it. Since 2015 he’s been contract distilling at Castle & Key Distillery and working hard with partners Jon Mowry, Will Conniff and Stephen Camisa to get a new distillery project off the ground.

With a combined 160 years of bourbon industry experience, the four partners are now close to securing land and closing their first round of funding to build a 69,000 square foot distillery near Louisville, Kentucky. They plan to acquire 140 acres of land outside the city, and while nothing has been set in stone, they have their eyes on a property in Oldham County. 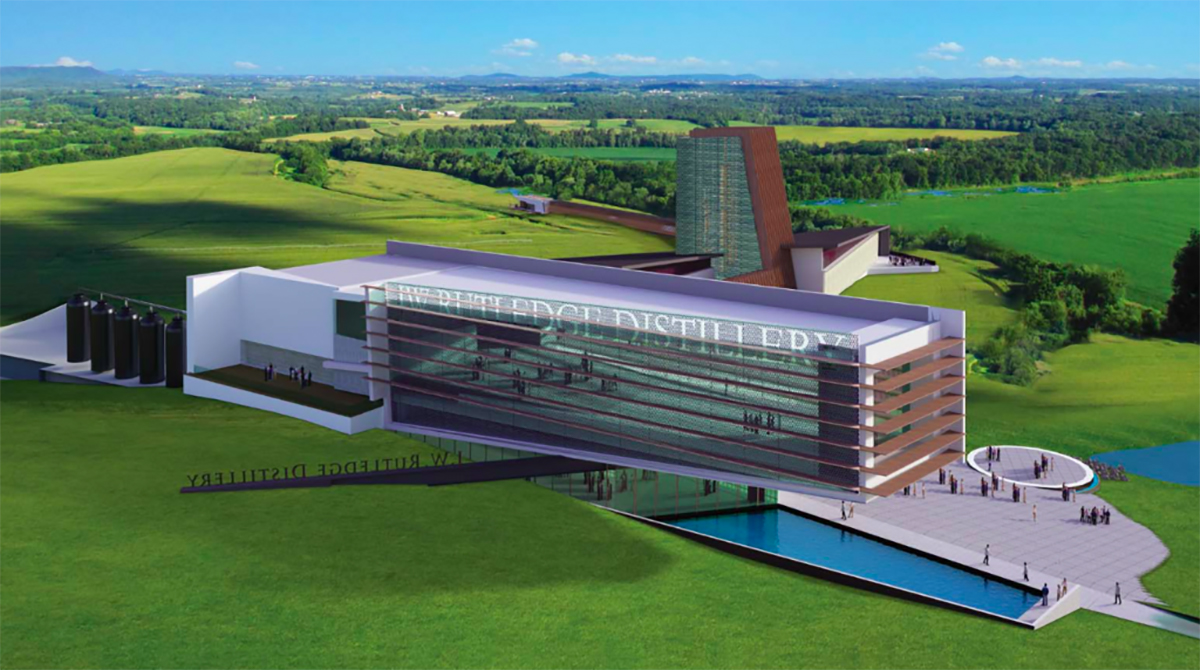 They have acquired the rights to Cream of Kentucky bourbon, which was first introduced in 1888 by I. Trager & Co. of Cincinnati. At one point, I. Trager & Co. had gained so much popularity that Norman Rockwell provided artwork for the brand.

The partners hope to acquire the land as soon as possible. They intend to break ground on a barrel storage warehouse before spring 2019. Rutledge will serve as the Master Distiller for the new distillery.

“There’s nothing that I could do I would enjoy or love more than working in a distillery,” he said. “It’s not work.”

In the early 1900s, builder, banker and spirits merchant Jean-Baptiste Leonis saw Prohibition on the horizon and decided to take action to protect his whiskey. He constructed secret vaults in his home in Hancock Park and his weekend property at Little Tujunga Canyon and filled them with his secret stash. The collection remained virtually untouched until the death of his great grandson in 2017. 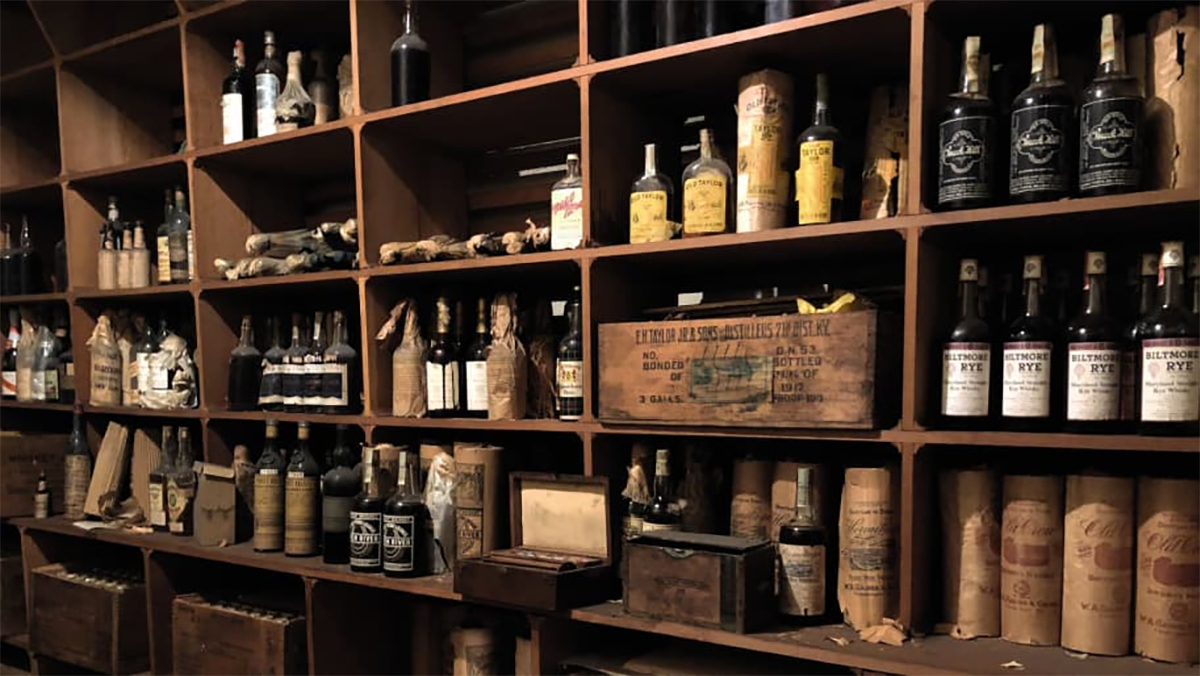 Today, Christie’s Auction House will begin auctioning off his collection of over 40 cases of unopened bonded whiskey. The collection includes bottles of Hermitage whiskey that was distilled in 1914, and Old Crow from 1912. Christie’s is expecting that the Hermitage cases will go for somewhere just shy of $10,000, though it’s entirely possible those numbers will be quickly surpassed. 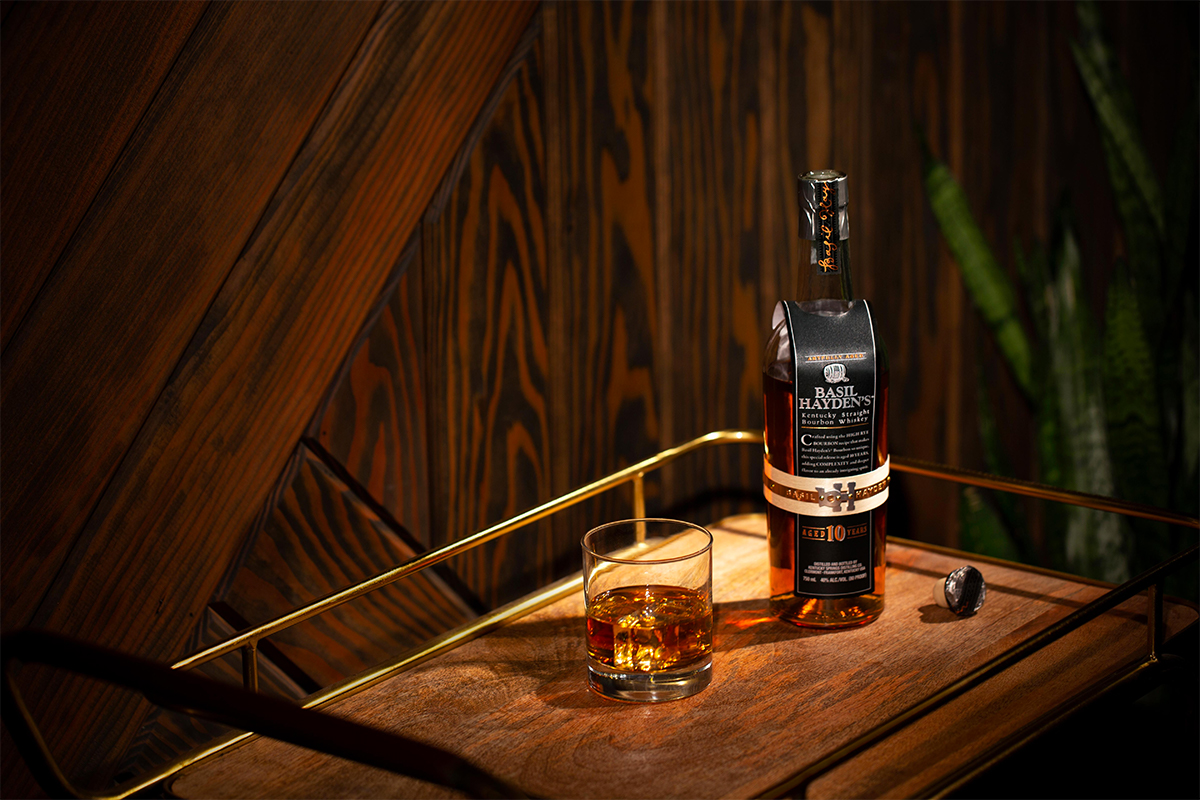 Most bourbon is aged in white oak from the Ozarks, but bourbon regulations only require that new, charred oak containers be used for aging. The type of oak isn’t specified. The Old Charter Oak series will feature different oak varietals sourced from different regions, different countries, and different ages including some century oaks. This bottling features oak sourced from Mongolia by master distiller Harlen Wheatley back in 2006. The oak barrels arrived at Buffalo Trace in 2008 and were filled with Buffalo Trace mash bill #1. Future releases will be rolled out periodically with two new releases coming in 2019. 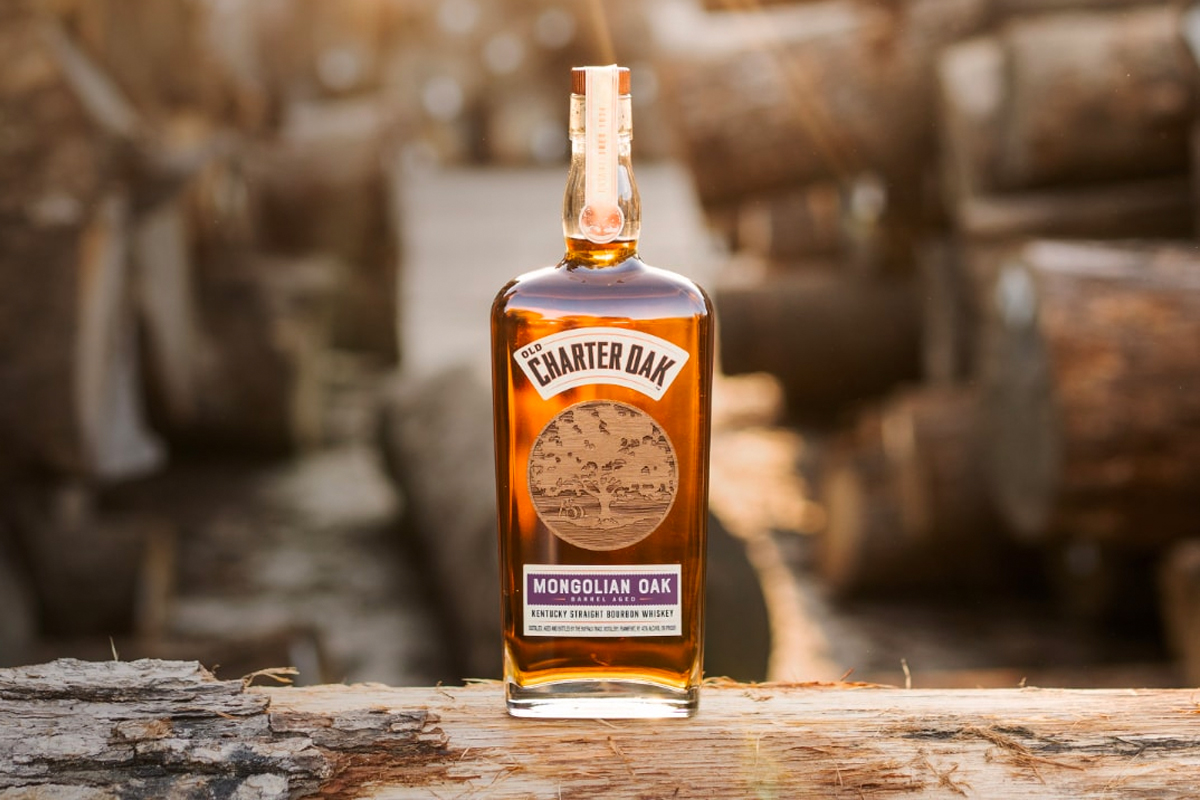 “As of now, we have bourbon aging for the Old Charter Oak collection set for release now through 2030, but we’ll keep producing more each year for more new whiskeys beyond that,” says Kris Comstock, senior marketing director.

Aged for 10 years, Old Charter Oak Mongolian Oak is available in December 2018 in limited quantities at a suggested retail price of $59.99.

While Isle of Skye is no stranger to whiskey, Isle of Skye Distillers have created what they believe to be the first ever vodka ever produced on the island. Misty Isle Vodka is triple distilled and made using the waters drawn from Storr Lochs, located only three miles from their Portree-based distillery. 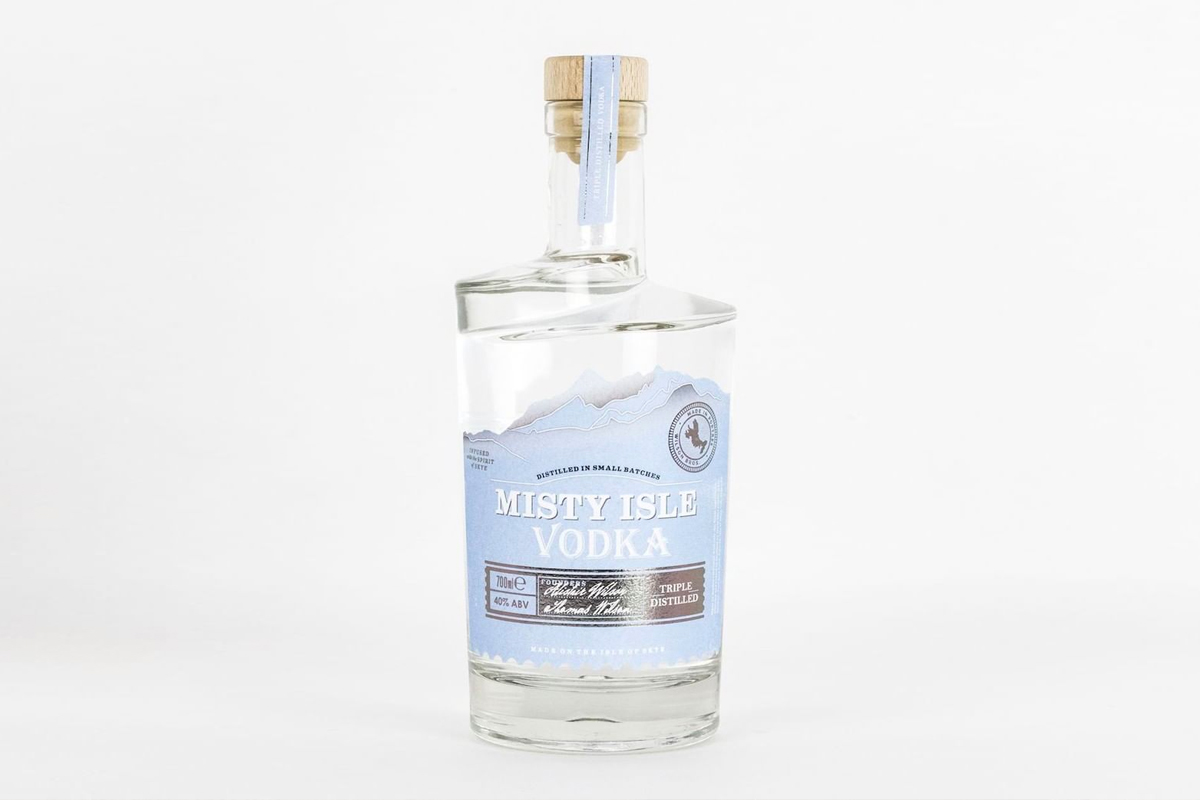 The bottle design was inspired by the landscape of the Cuillin Mountains. The 40% ABV bottling has a suggested retail price of roughly $38.50.

Quite often brands (especially Scotch whisky brands) like to announce incredibly rare and expensive bottles that none of us mere mortals will ever get a chance to get our hands on. Still, it’s fun knowing that they’re out there. Here’s a quick rundown of some of the fancy bottles announced this week.

Distilled in 1984, this 33-year-old single malt from Islay comes from a single cask. The cask yielded only 115 bottles, all of which were bottled exclusively for ImpEx Beverages. Port Askaig 33 Year is non-chill-filtered and has no added color. The 50.3% ABV bottling carries a suggested retail price of $800. This bottle release is only in the United States. 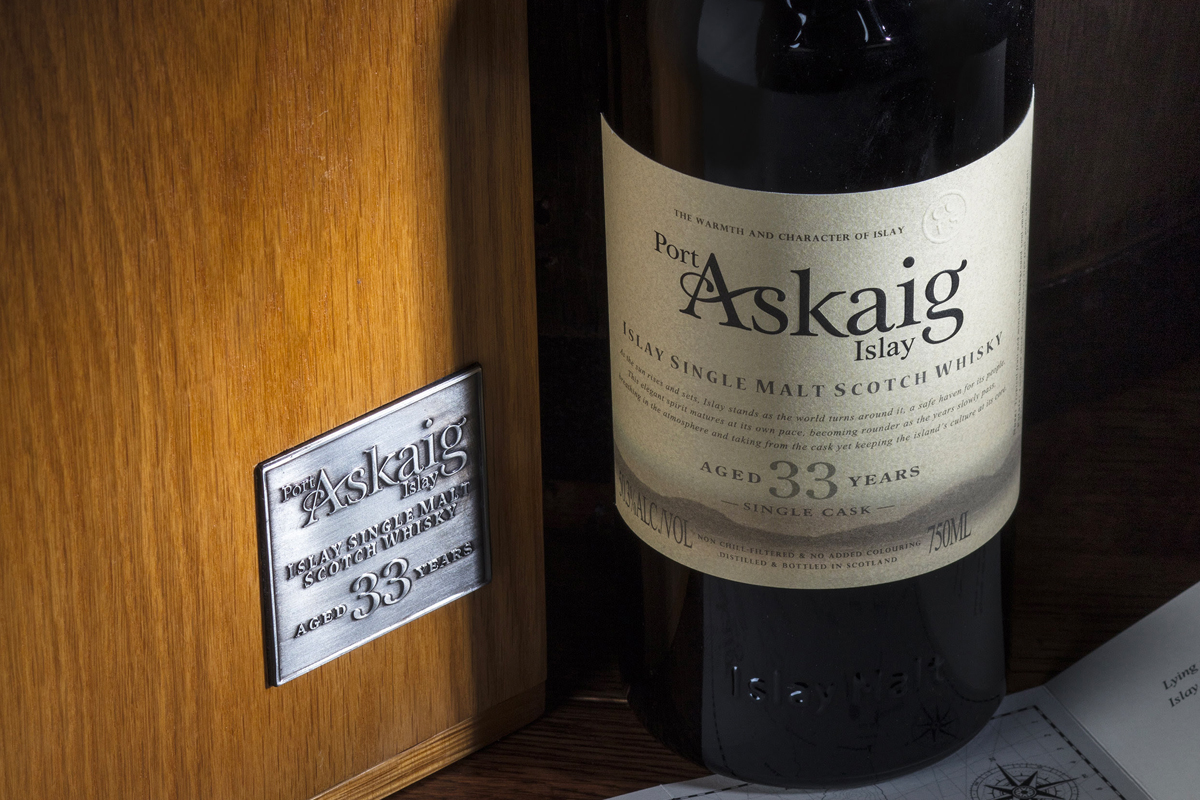 This limited-edition whisky, distilled in 1978, was aged for 40 years in a single refill sherry hogshead cask. That cask, number 2608, produced only 184 bottles. The 56.3% ABV bottling is available worldwide with a suggested retail price of nearly $1,600 per bottle. It comes in a decanter-style bottle with a copper-foil embossed label all housed within a dark oak wooden box. 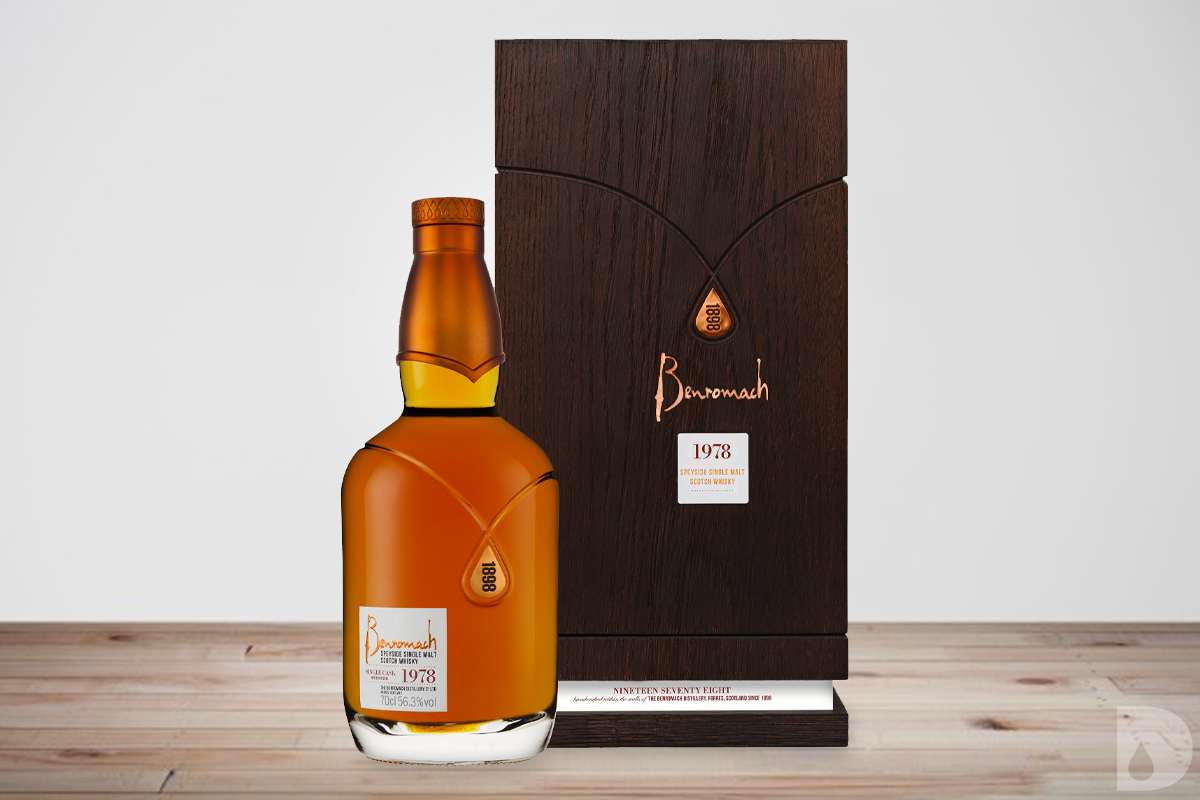 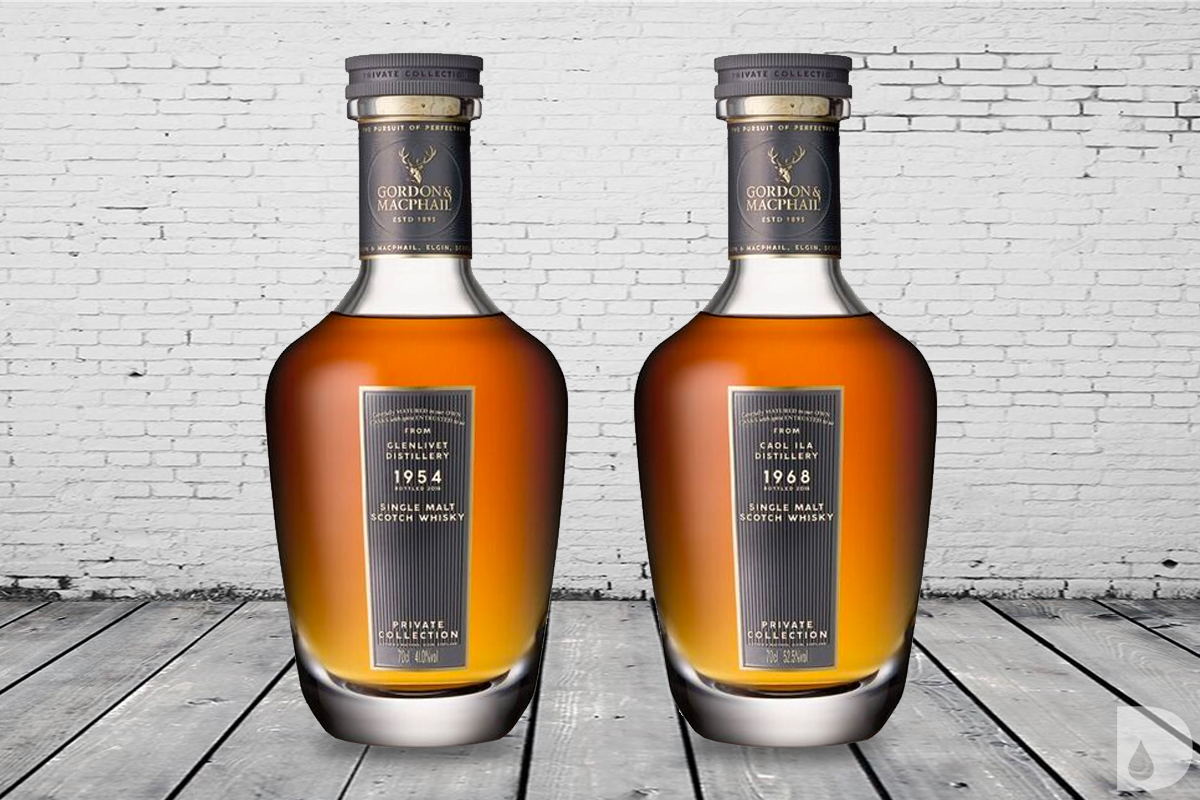 This 50-year-old single malt whisky was matured in a single refill sherry hogshead cask. The barrel yielded 199 bottles. To date it is the oldest Caol Ila single malt ever released. It was bottled at 52.5% ABV and carries a suggested price of about $9,550.

December 4th, 2018 marks a decade to the exact day since the release of the very first whisky from Kavalan, the Kavalan Classic Single Malt Whisky. To celebrate the occasion, the brand is debuting two new limited-edition whiskies: Kavalan Bordeaux Margaux and Kavalan Bordeaux Pauillac. Each is bottled at 57.8% ABV in 1000ml bottles within a gift box set alongside two Glencairn glasses per bottle. Only 3,000 of each were made, and the release is currently only available in Taiwan. Global releases are in the works for 2019. Each release carries a suggested retail price of $285. 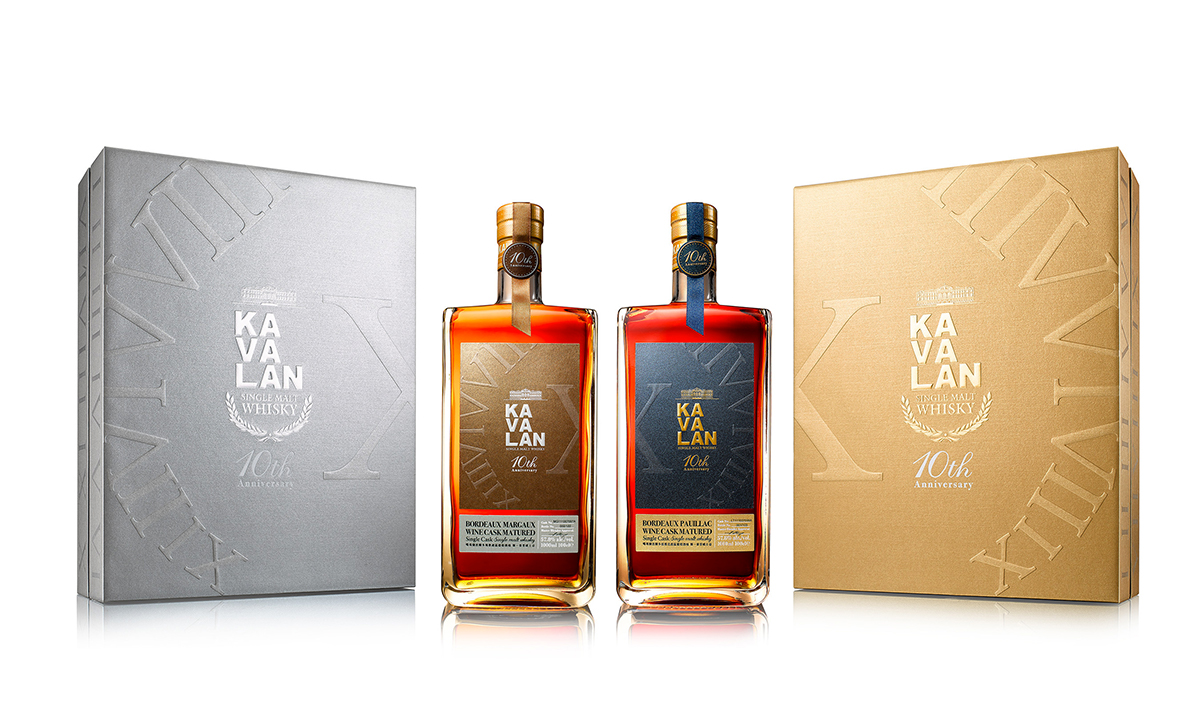 Whether you’re hunting for Basil Hayden’s 10 Year Bourbon or one of the many rare releases this week, we’ve got you covered.