This week was a bit light on new releases, but there were a few worth mentioning. First up is Tomintoul Cigar Malt. As the name suggests, this dram is intended to pair well with cigars. Notably there is some peated whisky in this release which is not the norm for the Speyside distillery — smoke ‘em if you’ve got ‘em. Also hitting shelves this month is a new 20-year-old Lock, Stock & Smoking Barrel. This release marks the oldest to date for the rye whiskey brand so keep your eyes peeled for this one!

In addition to these new whiskey releases, we’ve also gone through the latest round of labels approved by the TTB. Check out the ones we’re most excited to see below in Distiller’s Friday Roundup for January 22, 2021!

Angus Dundee Distillers, owners of Tomintoul Distillery, are releasing Tomintoul Cigar Malt. The single malt was created by Master Distiller Robert Fleming on the occasion of his 30th year as manager of the distillery. Select rare vintages of single malt were selected for the bottling including some rare peated single malt. Additionally, the whiskies were either aged entirely or finished in oloroso sherry butts. Notably, this bottling is also referred to as Tomintoul Cigar Malt Parejo (partner) because it was created to pair with the best cigars in the world. It is bottled at 43% ABV.

“I am incredibly proud to release this new expression of Tomintoul, as I personally selected the range of Tomintoul single malts that make up this extremely complex and unique whisky,” said Fleming. “The Tomintoul Cigar Malt has the perfect balance of sweetness and spice, with a rich, smoky background.”

Availability for Tomintoul Cigar Malt begins this month in the UK, Belgium, Germany, The Netherlands, China, Taiwan, Singapore and Israel. It will also be available in the US and Canada later in the year. It carries an SRP of £72.99 ($100). 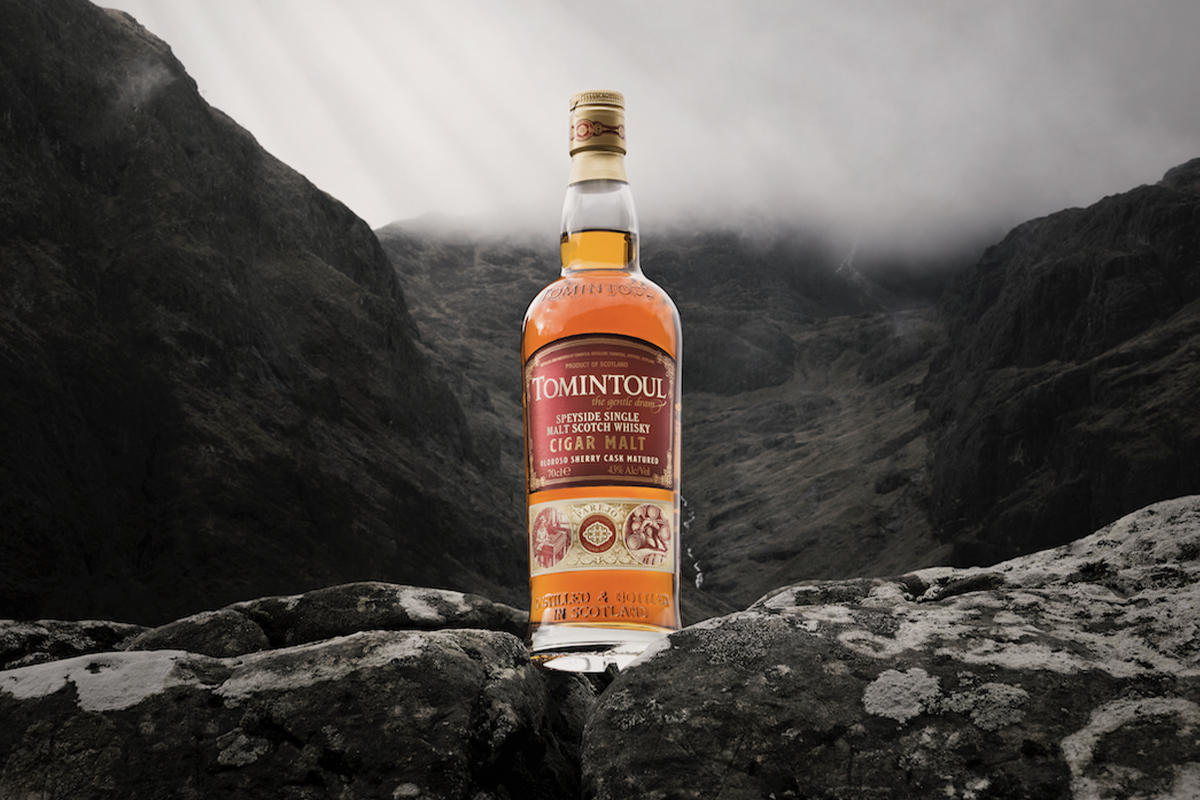 “To say that Rob Cooper was a pioneer in the spirits industry is an understatement,” said Chad Solomon, Cooper Spirits’ director of trade advocacy and innovation. “Rye was only in the infancy stages of its revival when Rob began purchasing barrels, cultivating an incredible library built for long aging. His foresight has allowed us to continue producing premium spirits like the Lock, Stock & and Barrel line, and I’m proud to continue this legacy with the launch of the 20-Year.” 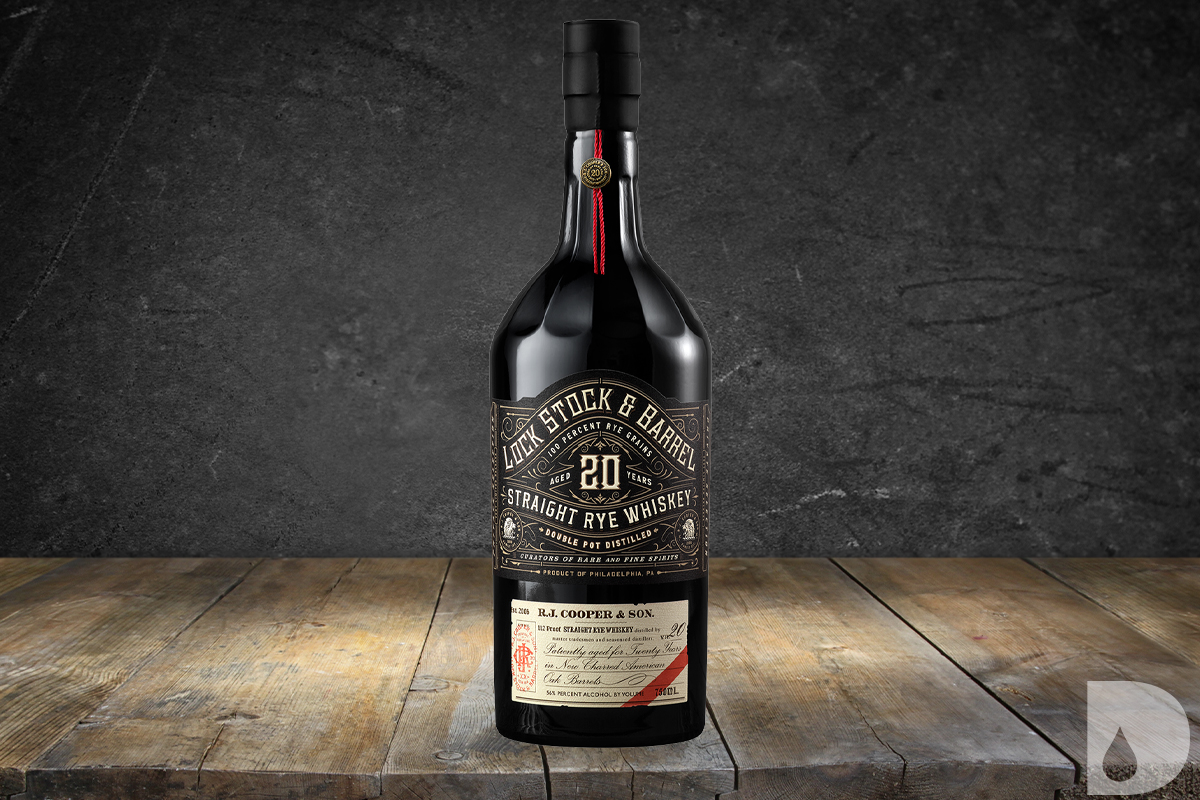 This month Tanteo Tequila announced the launch of a new tequila brand Espero Blanco Tequila. It’s an 100% agave tequila which is priced as a premium well release. It is traditionally made in brick ovens in Juanacatlán, Jalisco and has no additives. Espero translates to “I hope” in Spanish. Tanteo currently has a higher-proof blanco and three spicy flavors of tequila — Jalapeño, Chipotle, and Habanero —available on the market.

“The growth of Tanteo has long been our priority and focus, but I always knew that one day the distillery’s phenomenal house tequila would need to be shared with the world,” says Grosscup. “In the wake of the COVID-19 crisis as we began thinking of ways we could support bars and restaurants in the recovery, it struck me that there had never been a better time to introduce this high quality, well-produced tequila without markup. With Espero, we seek to inspire hope in our partners and friends.”

Available nationally both on- and off-premise beginning January 2021 in liter-sized bottles, Espero Blanco Tequila carries an SRP of $29.99. 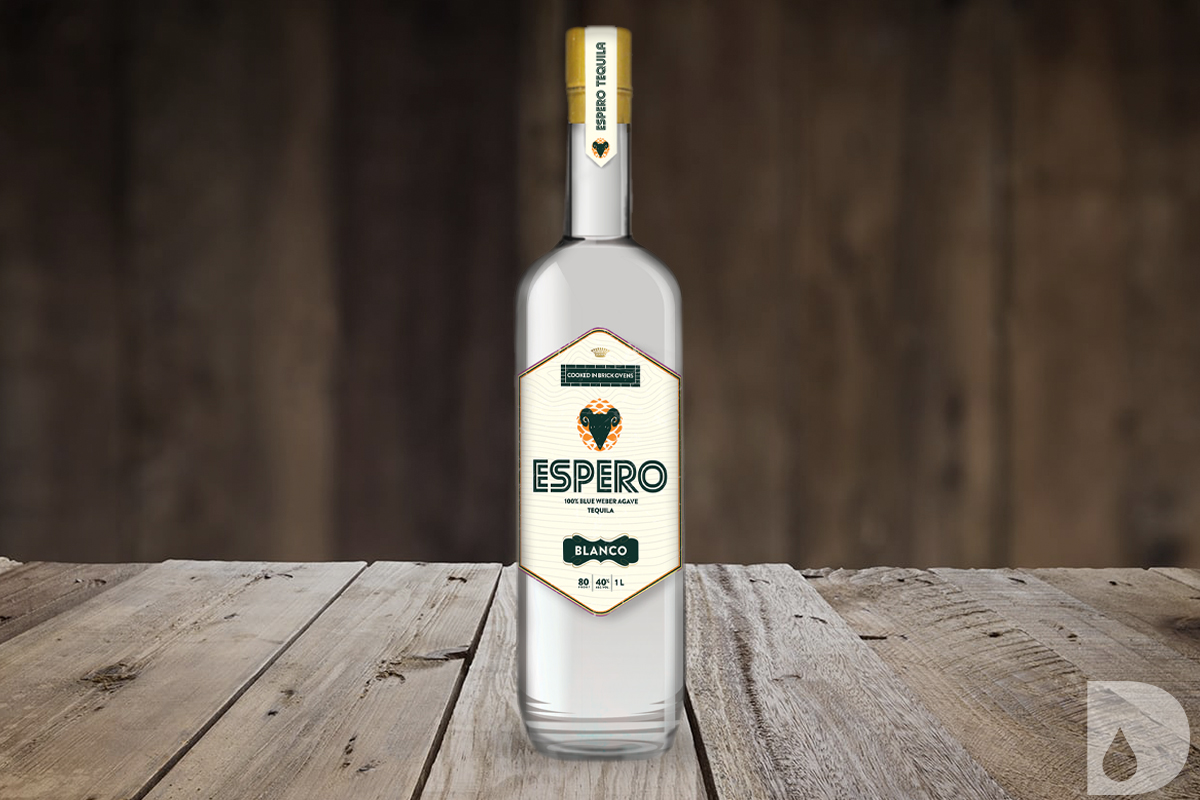 Rémy Martin VSOP Limited Edition Mixtape Bottle was announced this week. The packaging is inspired by a design first released by the brand in the ’80s and ’90s. According to the brand, “the gold detailing pays tribute to the musical excellence of mixtape culture.”

“The Rémy Martin VSOP bottle has been an icon in music culture for generations, and we are thrilled to debut this refreshed limited edition design,” said Tina Reejsinghani, vice president at Rémy Martin Americas. “Musical artists of the past have shaped and inspired the sounds we hear in music today and that same timeless excellence is reflected in what we have celebrated with our cognacs throughout our own history.”

The limited edition Rémy Martin VSOP is available for purchase now in select states and online retailers in the US with an SRP of $50. 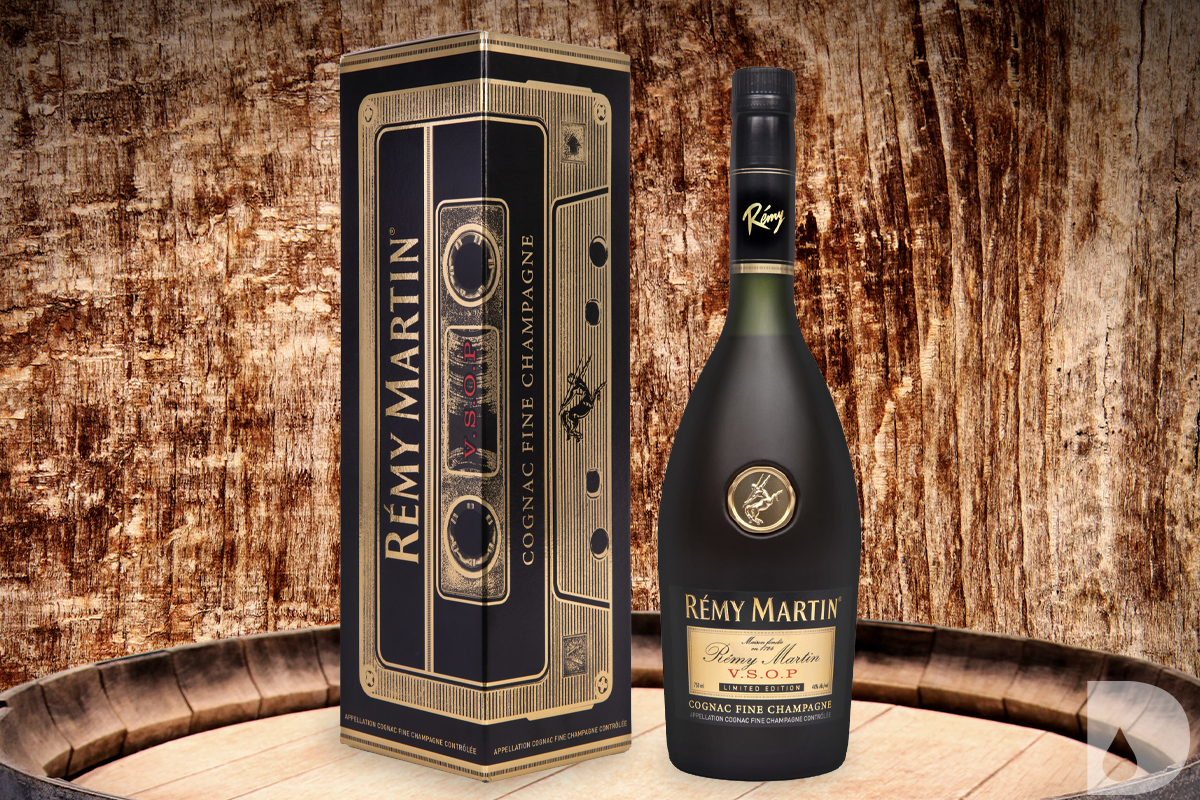 This week two Scotch whisky festivals — Fèis Ìle and Campbeltown Malt Fest — were cancelled due to uncertainty of the ongoing situation with the COVID-19 pandemic. At this point the Fèis Ìle for 2021, like last year, will be going virtual. We’ll make sure to keep you posted on the particulars, but the date for the Virtual Fèis Ìle 2021 is set for May 28-June 5 2021. You can expect there to be special bottlings from the distilleries on the Isle up for sale. Additionally the dates for the 2022 fest have been set for May 27-June 4, 2022.

At this time the Campbeltown Malt Fest is working on a plan to share some drams virtually in lieu of the festival, so we’ll share that news when it’s been announced. However they too have announced the dates for 2022. That fest is set for May 24-28, 2022. 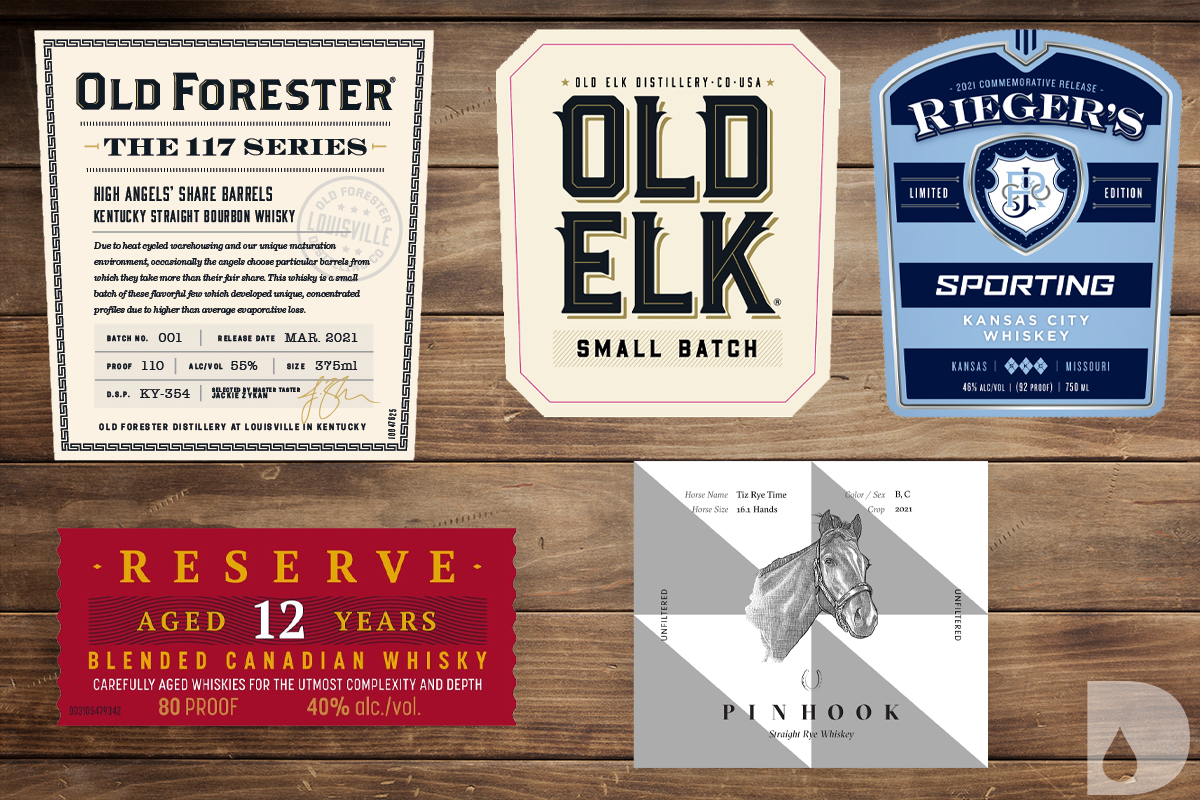 While Crown Royal currently has a Reserve in its portfolio, it does not have an age statement.

This blended Canadian whisky is aged for 12 years and is bottled at 40% ABV.

This looks like a limited edition series for the Kentucky whiskey brand with the barrels selected by Master Taster Jackie Zykan.

Expected to be released in March 2021, this is the first batch in the series. It’s a blend of barrels of which the angels took more than their fair share. It’s packaged in a 375ml-sized bottle and bottled at 55% ABV.

Pinhook releases new vintages of bourbons and ryes each year, always named after thoroughbred horses. Their vertical series is planned to last nine years, releasing a blend of barrels ranging in age from 4-12 years.

This is the second release in the series and is aged for 5 years. It’s bottled at 48.5% ABV.

The whiskey is a blend of straight bourbon, straight rye and light corn whiskeys as well as a touch of sherry. It’s bottled at 46% ABV.

For this Sour Mash Reserve bottling, the brand began with that same high malt mash bill (51% corn, 34% malted barley, and 15% rye). Then it experimented with a different yeast. The straight bourbon is aged for 6 years and is bottled in thirty barrel batches at 52.5% ABV.

Ready to grab a bottle of Tomintoul Cigar Malt?

These American Amaro producers are putting their mark on the category