Well, we’ve just about reached the end of a very long month also known as March 335th. This week it was nice to see some brands having some fun to help us get through the short days and long nights of winter. Most enjoyable label of the week by far goes to Ardbeg Arrrrrrrdbeg. This release pays homage to the brand’s beloved former distillery manager Mickey Heads. This single malt is sure to be sought after for the label alone. Also having some fun this week is Hendrick’s. Their US launch of the new Lunar Gin has us wanting to catch some moonbeams ourselves with a glass of gin by our sides.

But perhaps it’s a bit too chilly in your neck of the woods for outdoor activities. In that case, you should join in on the “Pantsdrunk” campaign being run by The Long Drink. That’s right. Just strip to your underwear and get to drinking. Maybe crank up the heat while you’re at it. You can read more about this campaign and more in Distiller’s Friday Roundup for January 29, 2021.

This week Islay single malt brand Ardbeg announced the release of Ardbeg Arrrrrrrdbeg, a limited-edition bottling which honors its former Distillery Manager Mickey Heads. He started at the distillery in 2007 and retired in October 2020. Ardbeg Arrrrrrrdbeg was aged entirely in ex-rye whiskey casks, which is a first for the brand. The label featuring Mickey as a salty sea dog was designed by Brazilian artist and graphic designer Butcher Billy. The single malt is a non-age-statement release and is bottled without chill filtration at 51.8% ABV.

“It was an absolute pleasure to spend the last 13 years heading the crew at the greatest distillery on earth,” says Mickey Heads. “I had the best team of people anyone could wish for and I’m proud that we’ve been responsible for producing so many wonderful Ardbegs along the way. As for this bottling, well I’m honored that a place that has already given me so much would celebrate my retirement in such a thoughtful way. And to have my image on a bottle, that’s a dream come true!

“Who knows what retirement holds for me, but I know I’ll be spending a lot of time out fishing. And, as ongoing Chairman of the Ardbeg Committee, I’m sure I’ll be dropping by the Distillery often.”

If you’d like to get a look at Mickey tasting Ardbeg Arrrrrrrdbeg along with Jackie Thompson, distillery visitor center manager, check out the YouTube video here.

Ardbeg Arrrrrrrdbeg is expected to arrive in the US in February 2021. It is exclusively available for the Ardbeg Committee and has an SRP of $179.99. 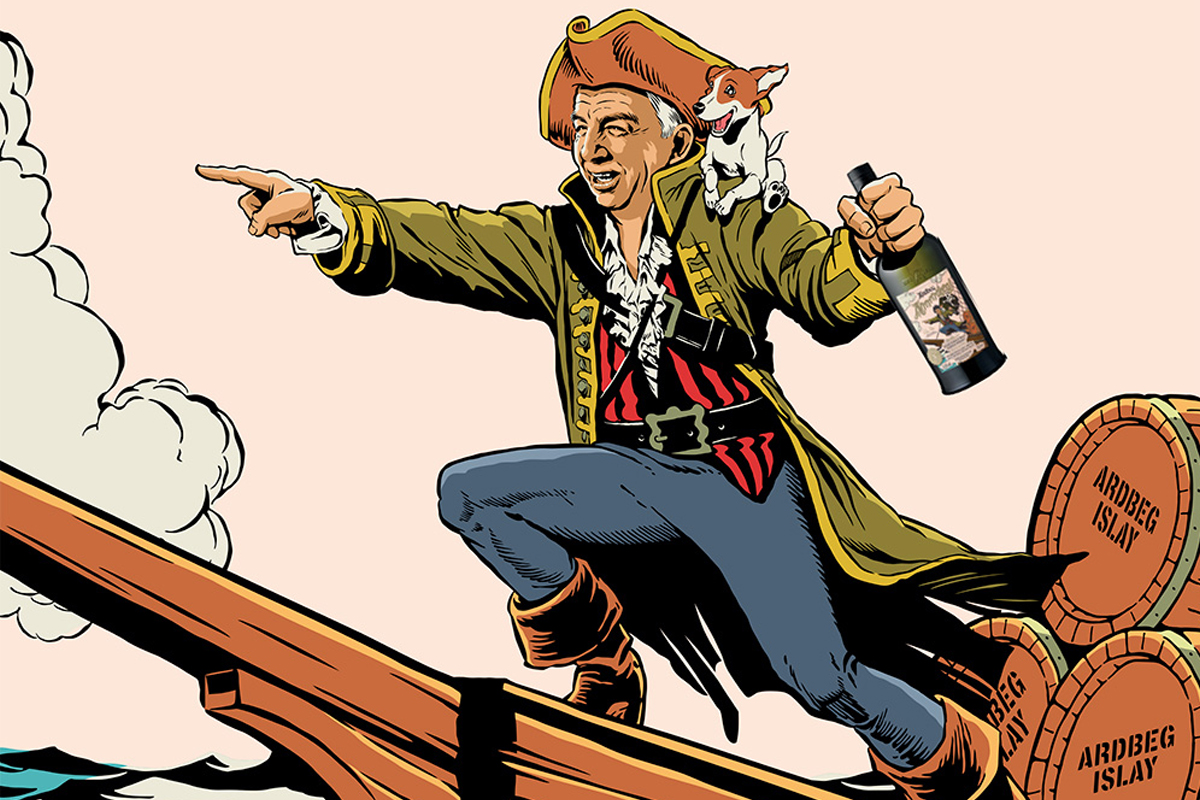 Dewar’s Portuguese Smooth is available nationwide this month with an SRP of $21.99. 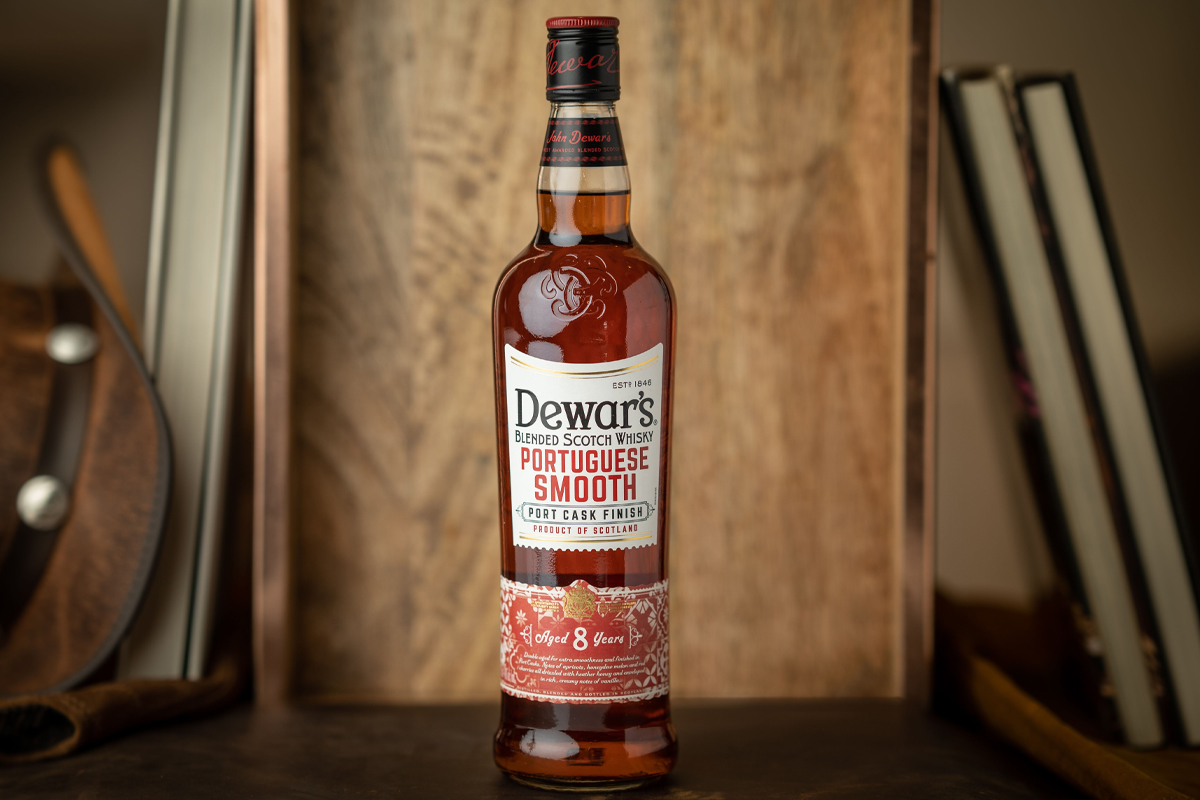 First announced in October 2020, Bowmore 30 Year is expected to be an annual release from the Islay-based distillery. For the 2020 release, the single malt was distilled in 1989. It matured for 30 years in sherry hogsheads and bourbon barrels in the brand’s famous No. 1 Vaults on Islay. It is bottled at a cask strength of 45.3% ABV.

In addition to the US, Bowmore 30 Year is available in the UK, the EU and a variety of other markets. Only 2,580 bottles are available globally and it has a SRP of $2,500. 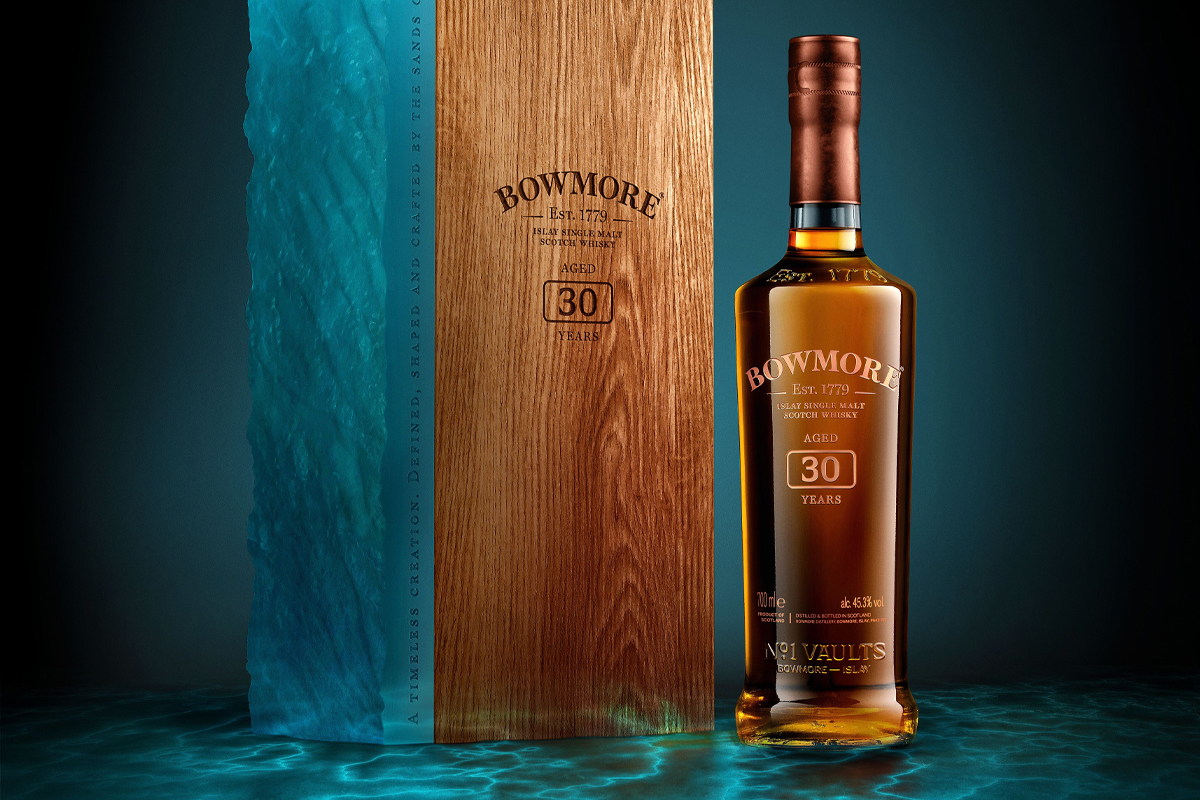 Bottled in late 2020 in 375ml sized bottles, this comes in at 90.4 proof and is sold exclusively at Woodford Reserve Distillery for $49.99. Guests will be limited to just four 375ml bottles each. 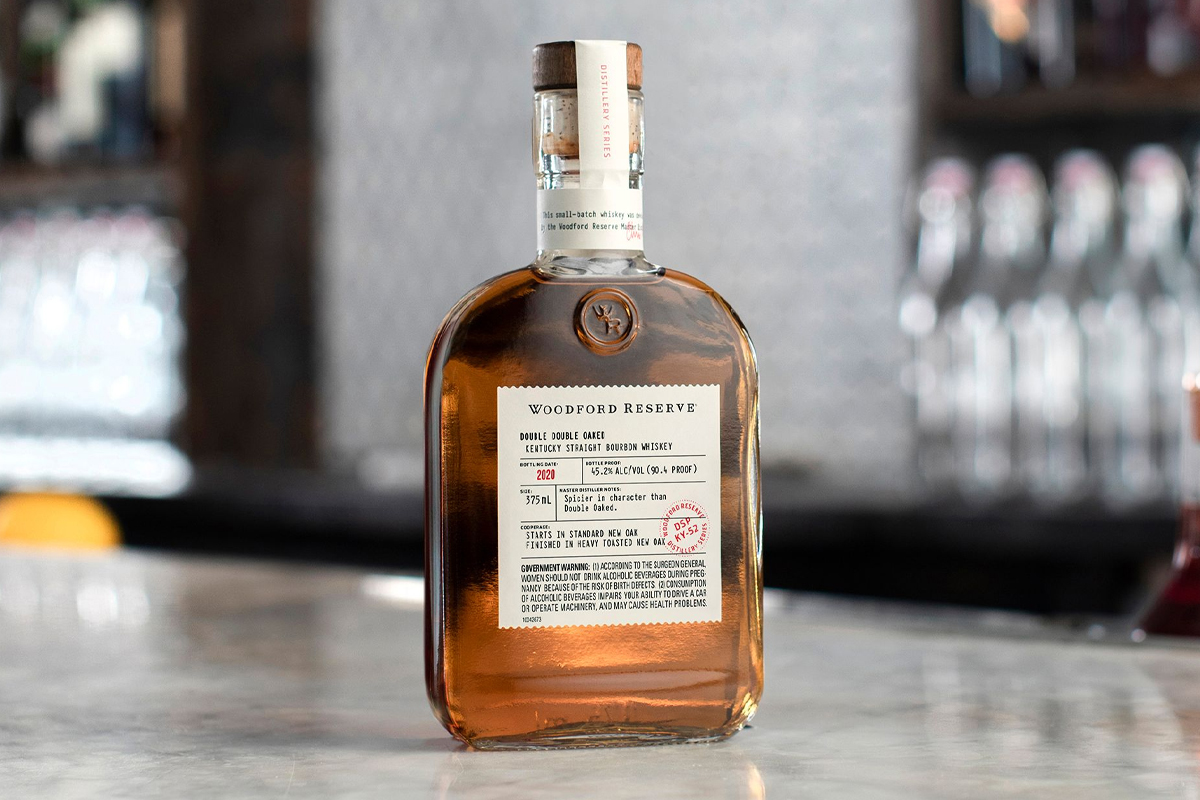 Hendrick’s Launches Lunar Gin in the US

Hendrick’s Lunar Gin is the second limited edition release from the Scottish gin brand’s Cabinet of Curiosities line following its Midsummer Solstice Gin released in February 2019. Master Distiller Lesley Gracie is said to have developed the gin while tending to botanicals in the hothouse under the moonlight.

“An activity practiced by esteemed members of Hendrick’s Gin Palace in Girvan, Scotland, moonbathing is the polar, or rather the lunar, opposite of sunbathing,” explains Vance Henderson, Hendrick’s ambassador to the US. “Yet instead of baking under the harsh light of the sun with barely any clothes on, one can dress stylishly below the moonlight, which supports celestial contemplation and many claim provides the ideal ambiance for rejuvenation and a renewal of the mind and body.”

To promote the launch of Lunar Gin, Hendrick’s has released a video with tips on moonbathing. Additionally, the brand has a special Moonbathing Kit for sale featuring moongoogles, moonscreen lotion and a Lunar Gin blanket, among other goodies. You can check out the website for more details and a link to purchase the kit here. 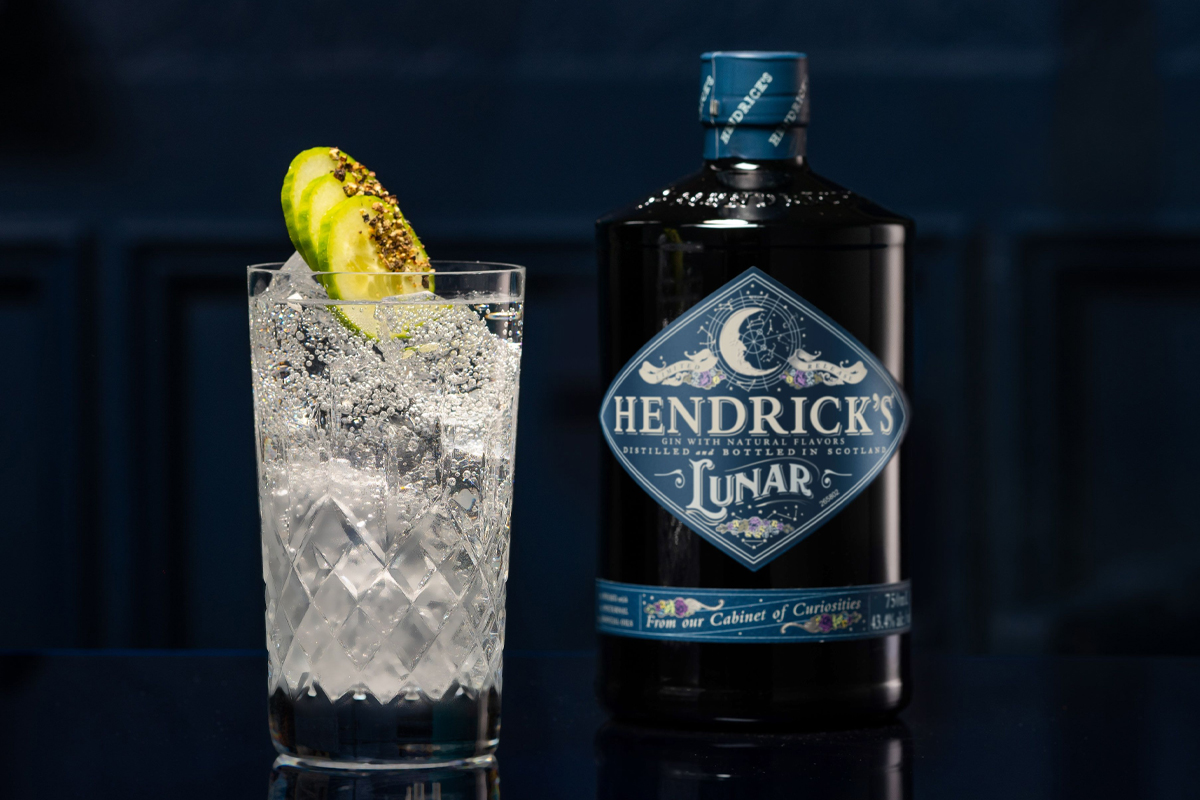 Lyre’s Italian Spritz Debuts in the US

Lyre’s Non-Alcoholic Spirits released Italian Spritz in the US in late January 2021. It is made with a proprietary mix of fruits, spices and botanicals. Lyre’s Italian Spritz is bright orange in color. Also, like all Lyre’s products, it is vegan, dairy free, nut free, egg free and gluten free.

The recommended serve for the Italian Spritz is the Amalfi Spritz, a take on the classic Venetian Spritz, which can be enjoyed in a low or no-ABV depending on if you use Prosecco or club soda.

Lyre’s Italian Spritz is now available for purchase via the Lyre’s shop for $36 per 700ml bottle and will be available on Amazon beginning February 2021. 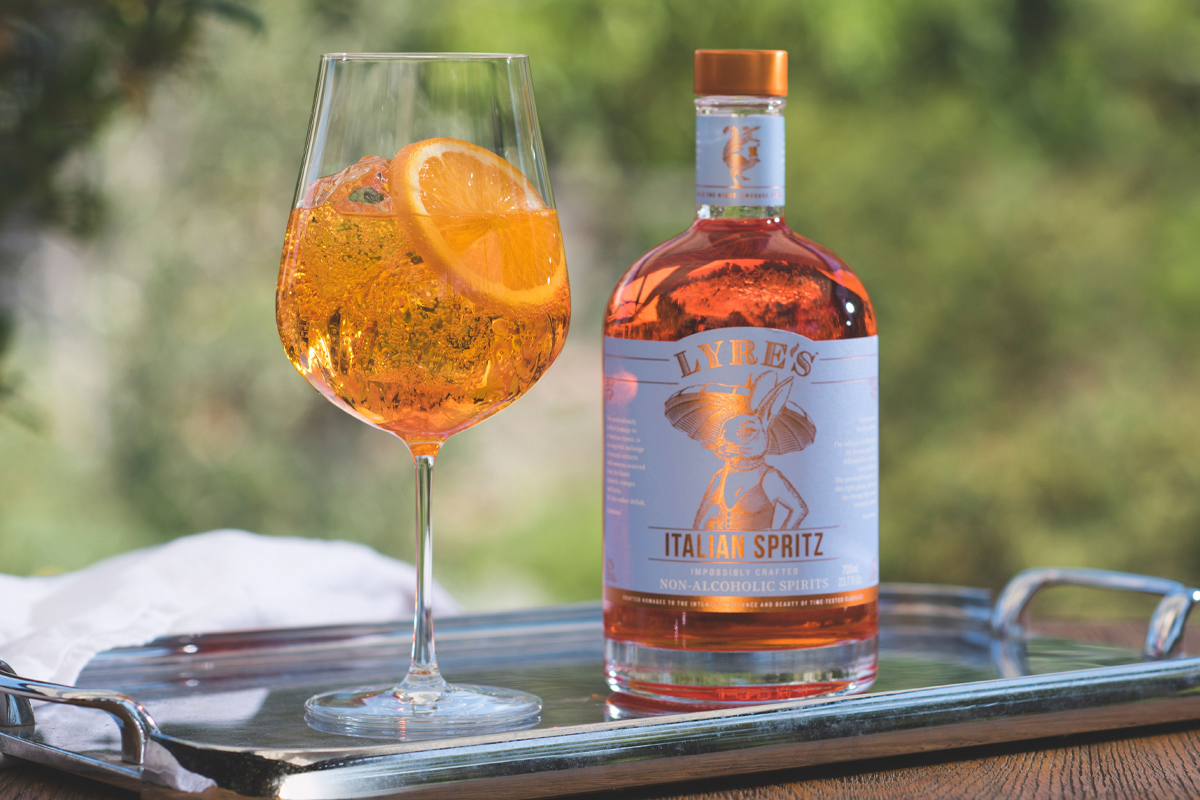 This week, ready-to-drink brand The Long Drink Company announced the return of the “Pantsdrunk” campaign following the success of last year. Pantsdrunk or kalsarikännit as it is known in Finland, is a long-time Finnish tradition which literally means “drinking at home, alone, in your underwear.”

This year the brand has partnered with the James Beard Foundation’s Open for Good as the charity for the Pantsdrunk campaign. This organization aims to help the independent restaurant industry, as well as related businesses, during this time of crisis.

“It’s great to bring Pantsdrunk back for another year, all of us at The Long Drink are constantly thinking about how we can raise money for those in need throughout the industry,” ” adds Miles Teller, actor and co-owner, of The Long Drink. “Our alignment with The James Beard Foundation ensures that independent restaurants will benefit from our marketing efforts and if we can have a little fun doing it along the way that’s just a bonus.” 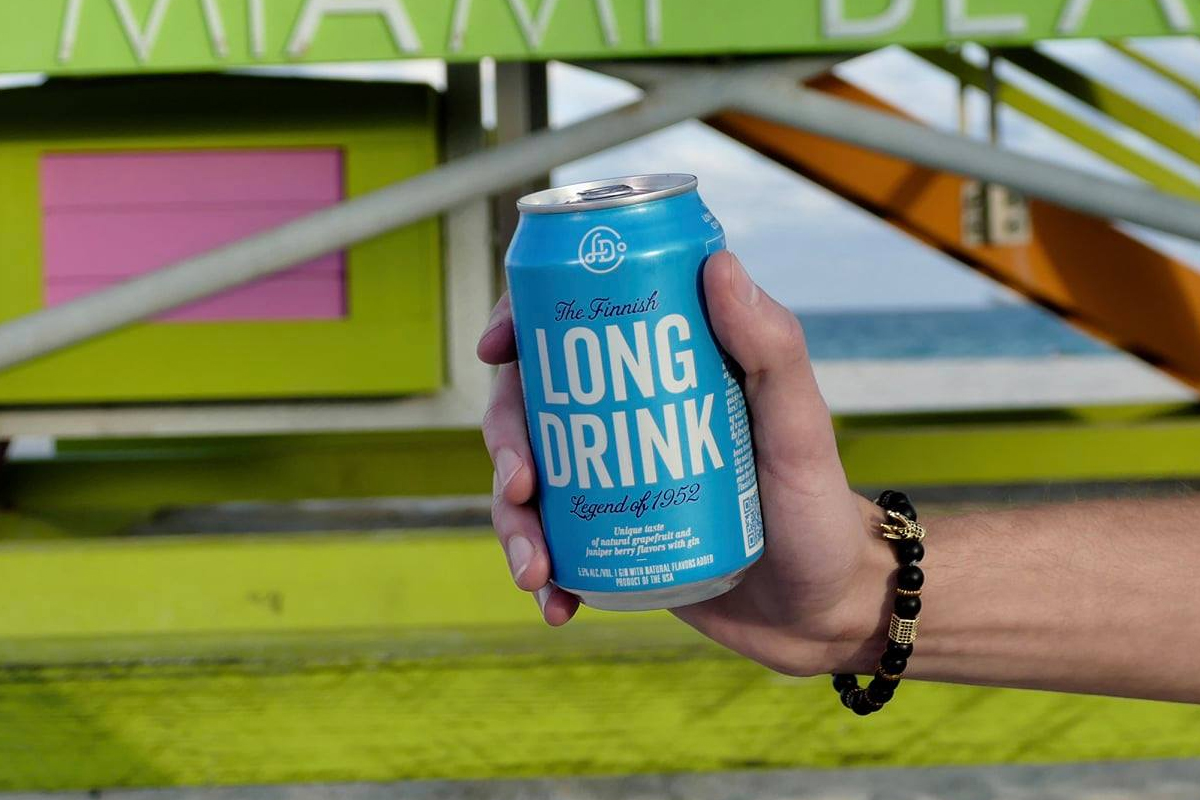 Ready to grab a bottle of Ardbeg Arrrrrrrdbeg?

A sweet, fruity and complex dram