This week brings us several new whiskey releases including Nikka Days which will make its US debut this month. Also announced this week is the latest Michter’s 10 Year Single Barrel Rye for 2020. And just in time for the summer, Purity Distillery has released a new flavored vodka made with the Spritz in mind. We’ve got all the details about these new releases and a preview of some upcoming whiskey releases below in Distiller’s roundup for July 10, 2020.

In May 2019, Buffalo Trace selected 378 US charities to receive bottles of bourbon from the distillery’s 6 millionth barrel for the purposes of fundraising. While Buffalo Trace expected $500,000 to be raised, to date the amount raised is $1,145,162 with more funds expected to come. Fifty-six of the 378 charities have had to postpone or reschedule their fundraising efforts due to COVID-19.

The non-profit organizations received 375ml-sized bottles housed in a commemorative wooden box with a piece of a wooden stave from the historic barrel also included. To see a list of the charities, you can visit Buffalo Trace’s website. 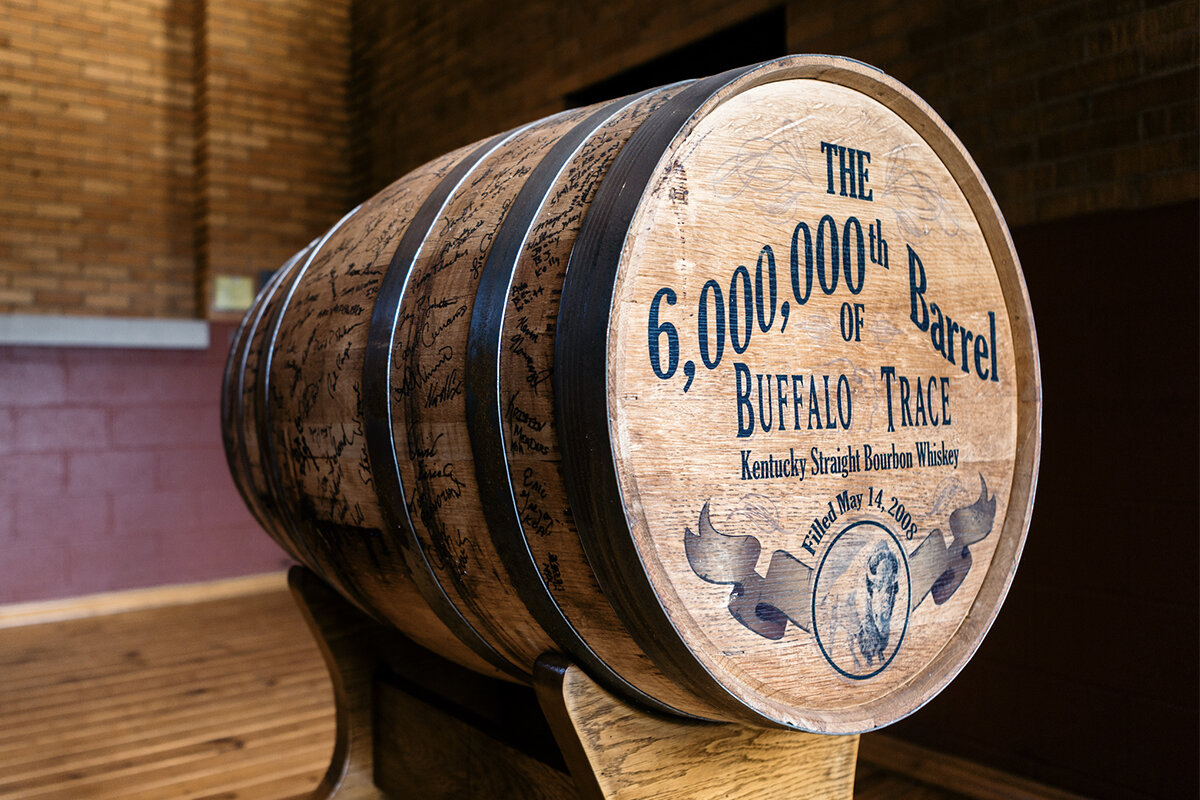 Nikka Days Debuts in the US

There’s a new Nikka whisky that’s being introduced to the US this month. Nikka Days is a blended whisky primarily made with Coffey grain and non-peated Miyagikyo malts along with a small amount of Coffey malt whisky and Yoichi peated malt whisky. Overall, it is lightly peated and bottled at 80 proof.

“As the name suggests, Nikka Days has been developed for whisky lovers who appreciate fine drinks on any casual day,” says Emiko Kaji, Nikka Whisky international business development manager. “This elegant whisky can be enjoyed neat, on the rocks, in a simple highball or refreshing cocktail. We hope that Nikka Days will complement and elevate your day.”

Nikka Days will arrive this month in California, New York, Texas, Illinois, Massachusetts, Florida and Tennessee with a larger US expansion expected in 2021. It has an SRP of $49.99. 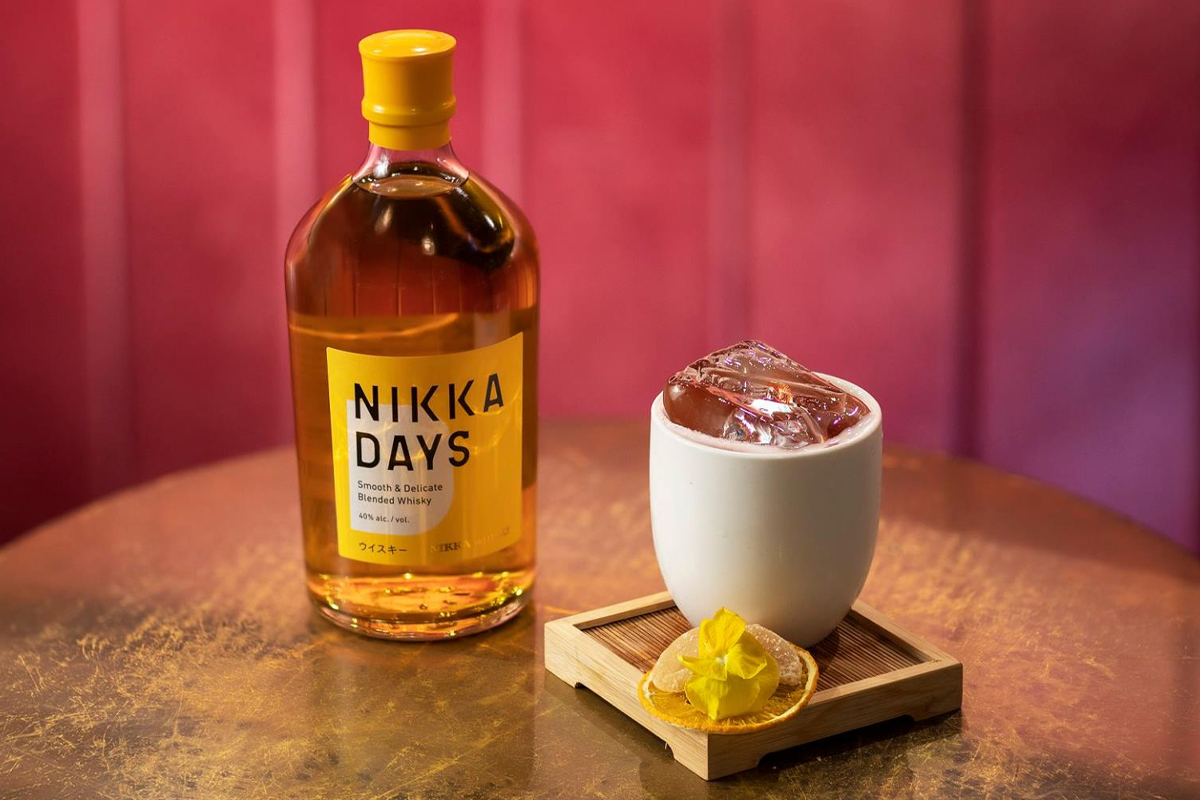 The 2020 release for Michter’s 10 Year Single Barrel Kentucky Straight Rye is made with a mash bill of rye, corn and malted barley. It matured in new toasted then charred American oak barrels for 10 years. This release will be the only 10 year rye release for the brand this year. As always, this is made in limited production. 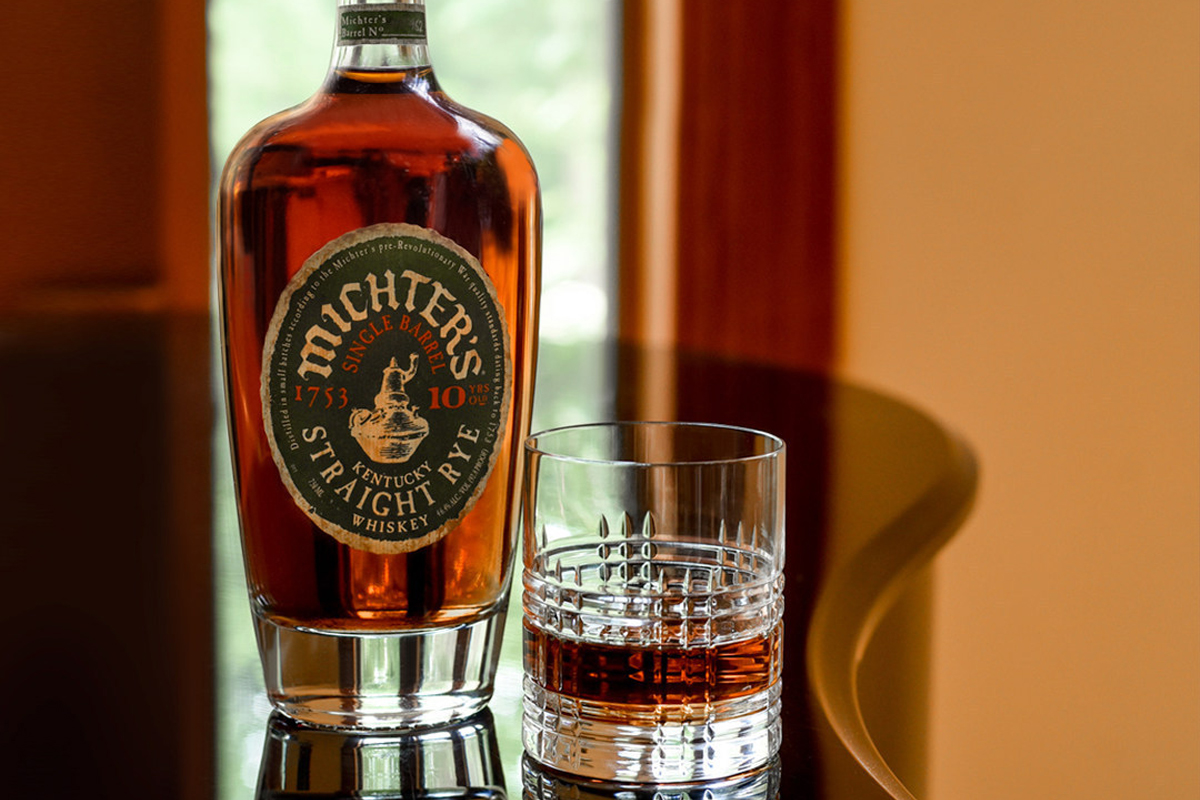 Purity, a Swedish family-owned distillery, has introduced Purity Spritz Mediterranean Citrus to its portfolio. It’s a flavored vodka using the brand’s Purity 34 Edition Organic Vodka as its base. It is flavored with Bergamot, grapefruit, orange and other botanicals and contains no artificial flavors or sweeteners.

“We want to make it easy for everyone to make a great cocktail at home—with natural ingredients and free of artificial flavors,” says Mathias Tönnesson, Purity master blender. “ Just add your favorite bubbles with Purity Spritz for a perfect cocktail, be it Champagne, cava, prosecco – or plain soda. Fill your Copa glass with lots of ice and a grapefruit wheel and you’ll have the best tasting summer drink.”

Purity Spritz Mediterranean Citrus is bottled at 30% ABV and has an SRP of $24.99. 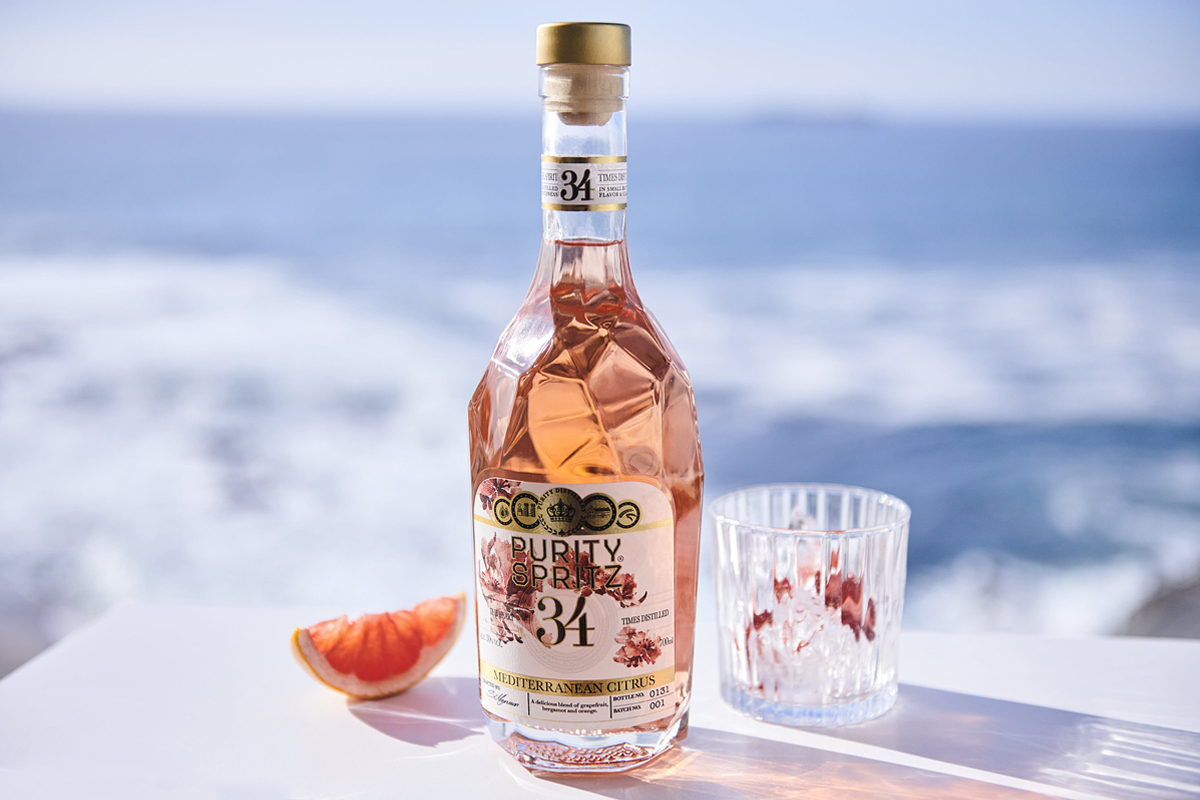 After its first two Single Farm Origin releases sold out in a matter of hours, Waterford has introduced new limited edition whiskies this month. Like the others, they are all made with 100% Irish barley from one single farm. The whiskies were distilled in 2016 and matured in a combination of first-use French and American oak barrels. They were bottled without chill-filtration at 50% ABV with no color or additives.

Additionally, Waterford also released the second editions of Bannow Island and Ballykilcavan. They were both aged for three months longer than the first editions.  Waterford Bannow Island Edition 1.2 is made from 100% Overture barley grown by Ed Harpur on the extreme southern coast of Co. Wexford. Waterford Ballykilcavan Edition 1.2 is made from 100% Taberna barley grown by David Walsh-Kemmis west of the Barrow in Co. Laois.

Only 9,000 bottles of each will be available in Europe, Taiwan and Japan. Although these releases will not be available in the US, the brand expects to release unique Single Farm Origins whiskies here in September.

Loch Lomond The Open Special Edition 2020 was created to celebrate the 149th Open Golf Championship. However, due to the COVID-19 pandemic, the tournament which is to be played at Royal St. George’s is now scheduled for July 2021.

As for the single malt whisky, it is made using a chardonnay wine yeast and it matured for 12 years in American oak. It is bottled at 46% ABV. Only 3,000 bottles were produced and they will retail for around $65. 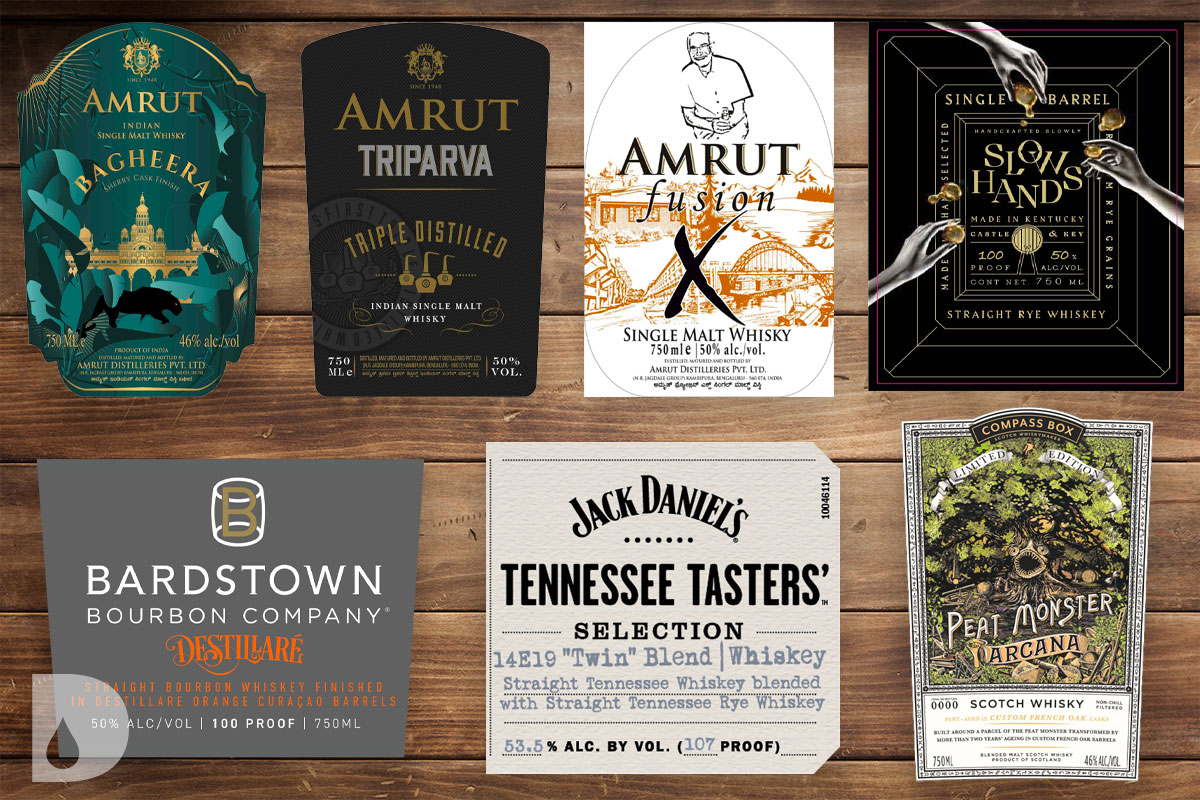 Tennessee Tasters’ is Jack Daniel’s limited edition series of experimental whiskeys. Typically, they are only sold at the Distillery in Lynchburg and select stores in Tennessee.

This Tennessee Tasters’ release is a blend of 50 barrels of Tennessee whiskey and Tennessee rye, both barreled on the same day: May 19, 2019. After they are blended, the whiskey is bottled at 53.5% ABV.

Arcana is an upcoming limited edition of the brand’s Peat Monster, a blended peated malt whisky.

As always, Compass Box is as transparent as ever with its labeling. The majority of the whisky includes single malt from Talisker with Ardbeg and Miltonduff also featured. Additionally, a portion of cask strength Peat Monster aged in custom refill French oak barrels with a heavy toast.

Fusion is one of the first single malt releases from the brand and it features both Scottish barley and Indian barley in its makeup. Fusion X is a limited edition release honoring the brand’s late chairman Neelakanta Rao Jagdale and celebrating the 10th anniversary of Fusion.

It is finished in selected Pedro Ximenez sherry butts and is bottled at 50% ABV. Only 1010 bottles were produced.

The word “bagheera” means “black panther” in Urdu/Hindi. A black panther is featured on the label.

This single malt is finished in sherry casks and is bottled at 46% ABV.

This new single malt release from Amrut claims to be the first triple-distilled single malt from India.

Amrut Triparva will be bottled at 50% ABV.

The distillery used a mash bill of 63% rye, 17% corn, and 20% malted barley for the rye. The whiskey will be single barrel releases bottled at 50% ABV.

This is another release for Bardstown Bourbon Co.’s Collaboration Series.

The whiskey begins as a straight Tennessee bourbon which ages for 9 years. Then it finishes in Copper & Kings Destillaré (orange curacao) barrels. It’s bottled at 50% ABV.

Looking to grab a bottle of Nikka Days?