This week has been slow when it comes to large releases from spirits brands, but there is a new aged tequila hitting the shelves this month. Casa Dragones Barrel Blend is an añejo tequila and it’s a permanent addition for the brand. As for new limited edition whiskey releases, we’ve got a sneak peek at the new Maker’s Mark Wood Finishing Series. Also Westland has announced the latest Cask Exchange release with Lucky Envelope being the featured brewery in the series.

In other whiskey news, there’s a new master distiller at Midleton Distillery. And Tennessee whiskey brands Nearest Green and Jack Daniel’s have formed an initiative to advance Black entrepreneurs in the whiskey industry. You can find all the details below in Distiller’s Friday Roundup for the week of June 12, 2020!

This week Irish Distillers announced Kevin O’Gorman as the new master distiller at Midleton Distillery, home of Jameson, Redbreast and Midleton Very Rare. He will take over the role from Brian Nation who has held the job since 2013. Nation will be crossing the pond in his new role as the master distiller at the upcoming O’Shaughnessy Distilling Company in Minneapolis, Minnesota. 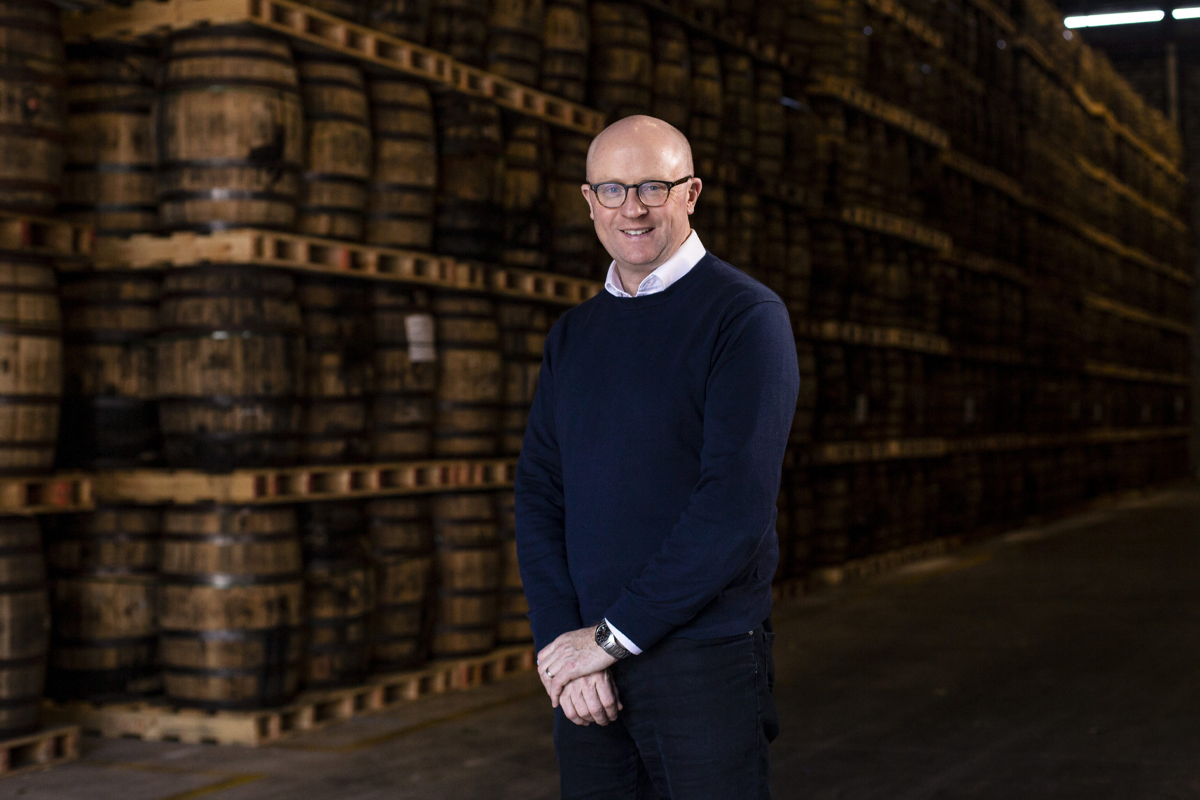 “Since starting my career in Irish Distillers in 1998, I have been lucky to learn from masters like Barry Crockett and Brendan Monks about the intricacies of the whiskey production, from grain to glass,” says O’Gorman. “Of course, Brian Nation and I have also worked very closely together on distillation and maturation for the past 10 years and he will be missed by all his friends at Midleton Distillery. I am excited to use my experience to drive the sector forward by producing innovative new whiskeys that will delight whiskey fans over the coming years.”

This week, whiskey brands Nearest Green and Jack Daniel’s have partnered up to launch the Nearest & Jack Advancement Initiative to increase diversity within the American whiskey industry. Together, the brands have pledged a total of $5 million with three goals in mind. The first is to create the Nearest Green School of Distilling. A curriculum has been in development over the past year at Motlow State College. They are currently awaiting approval for accreditation and a certificate program may be offered as early as Fall 2021. 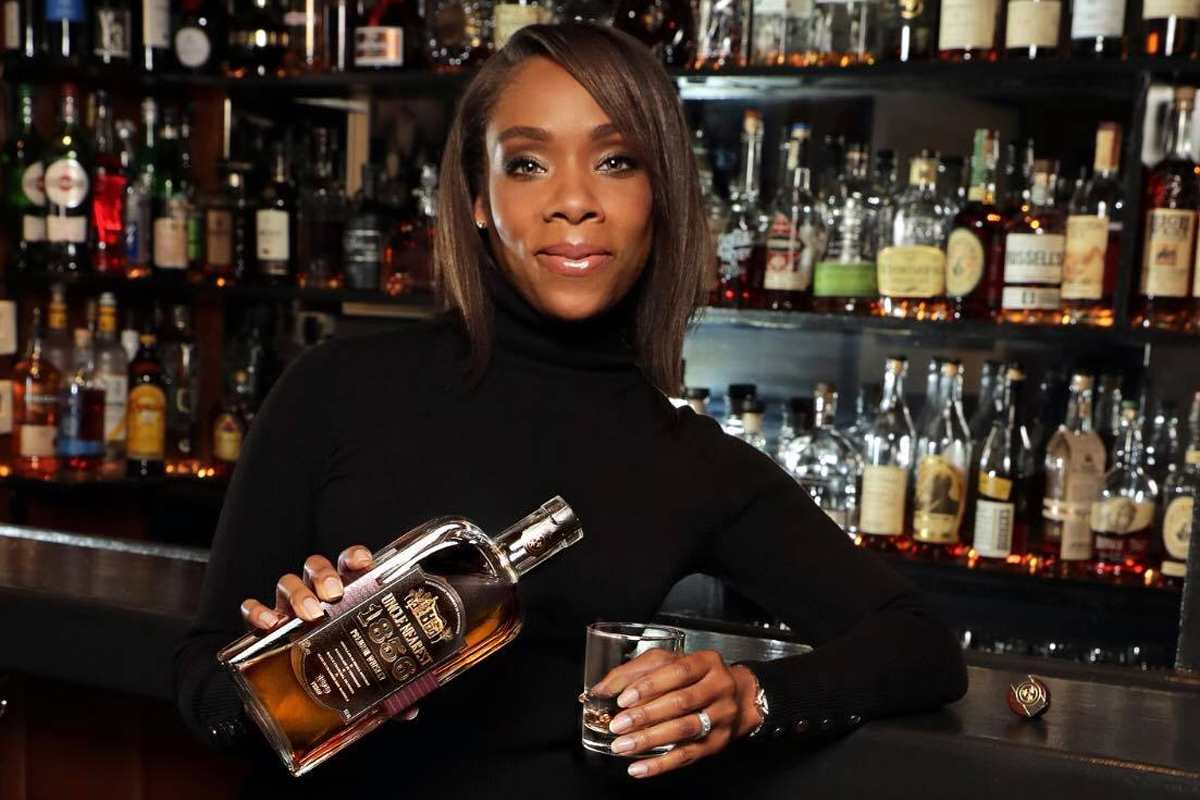 Second, a Leadership Acceleration Program has been established which will offer apprenticeships to African Americans already in the whiskey industry who are looking to advance to jobs like head distiller or production manager as examples. The first candidates have already been selected for the program.

Finally, a Business Incubation Program will offerAfrican American entrepreneurs mentorship in all areas of the distilling business.

“Generally, when companies talk about the need to improve diversity, few immediate action steps follow,” says Fawn Weaver, CEO, Uncle Nearest Premium Whiskey. “Our group is different. We are doers, and we all agreed to work together to improve diversity in our industry, and specifically, a way to get African-Americans into top positions within our industry. Nearest Green taught Jack Daniel how to make Tennessee whiskey and we’re incredibly proud our companies are joining forces to further their legacies of excellence, and to make distilling and the whiskey industry we love more diverse.”

Casa Dragones Barrel Blend is an añejo tequila that’s made using 100% Blue Weber agave from the Tequila Valley. The tequila brand uses two types of custom-made toasted oak barrels for aging—new French oak and new American oak. After aging in each respective barrel type, the tequila is blended and bottled in a smoked grey glass bottle at 80 proof. This is just the third extension for the tequila brand following Joven which launched in 2009 and Blanco in 2014. SRP $150 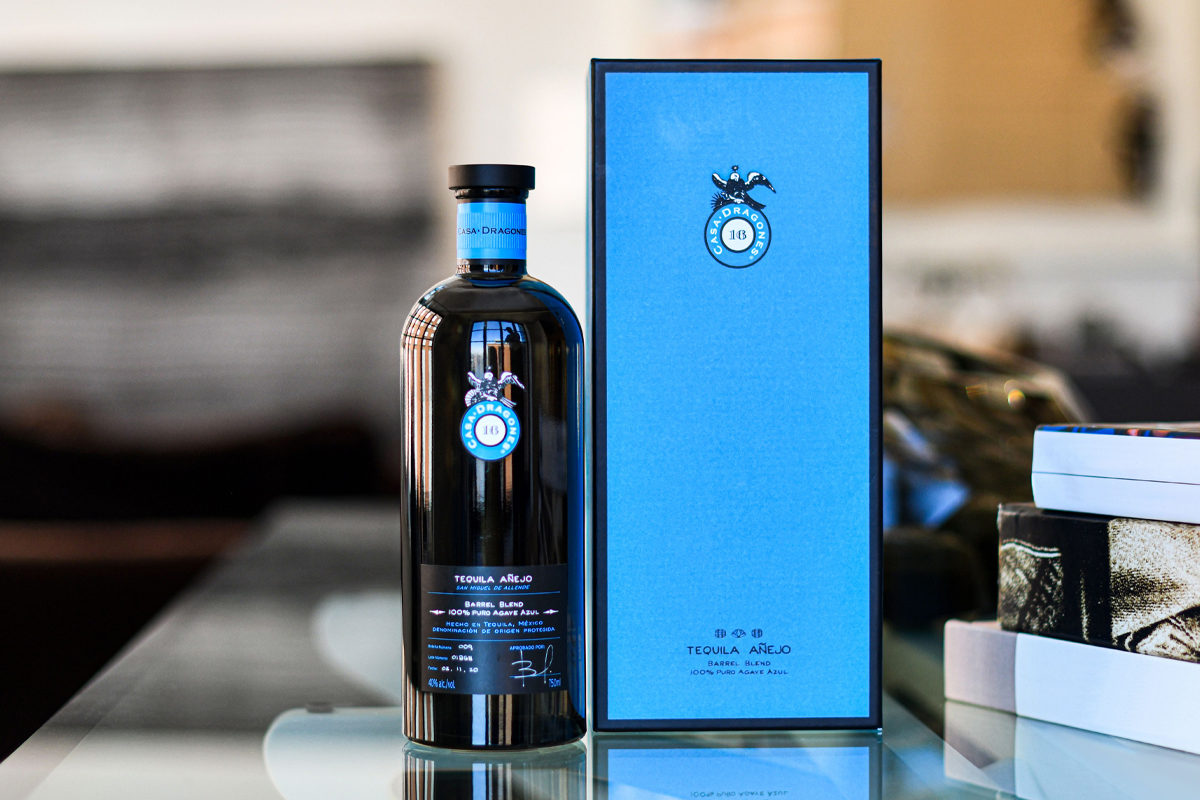 Although this year’s Fèis Ìle was cancelled, both Lagavulin and Caol Ila held a virtual festival in its place. Additionally, both brands decided to put forth a commemorative Islay Fest bottling. For Lagavulin 20 Year Fèis Ìle 2020, the release was aged for 20 years in a mix of refill and Pedro Ximenez/oloroso seasoned hogsheads. Only 6,000 bottles were produced.

Caol Ila 16 Year Fèis Ìle 2020 was aged for 16 years, first in refill and then finished in amoroso sherry-seasoned hogsheads. Only 3,000 bottles were produced. Sales for both are limited to the UK. Caol Ila is sold out, but Lagavulin is still for sale at £190 with a 2 bottle maximum.

The second in the ongoing limited edition series for Maker’s Mark which began with the 2019 RC6 release is expected in September. Maker’s Mark Wood Finishing Series 2020 uses two different types of staves: SE4 and PR5. Please note, that since this is a pending release the ABV may vary. More details will be revealed with the official announcement soon. We’ll make sure to share those with you when we receive them.

Atlanta-based whiskey brand Greenwood Whiskey founded by four African American entrepreneurs is set to launch this July. The brand is named in celebration of the Historic Greenwood neighborhood in Tulsa, Oklahoma. Also known as Black Wall Street, the neighborhood was home to hundreds of African American owned businesses in 1921.

Greenwood Whiskey is distilled and aged in Indiana with a mash bill of 51% rye. After 2 years of aging in used American oak, it is bottled in Florida. Greenwood Whiskey is a pending release with expected availability in July 2020 to Georgia and Florida. Online sales are expected later in the year with an estimated retail price between $30-35. 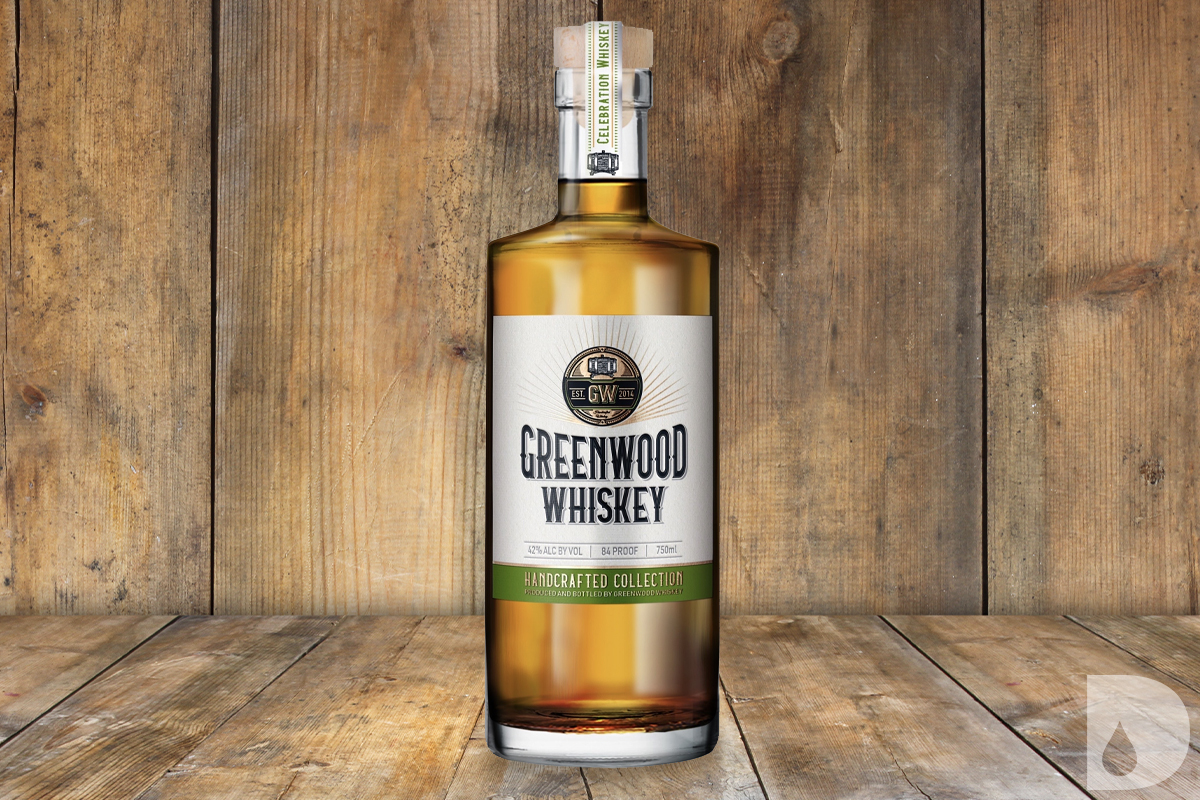 Westland Lucky Envelope Cask Exchange is the fourth release in the brand’s Cask Exchange program. Westland sends used whiskey barrels to a brewery and they in turn use them to age beer before sending them back to the distillery. Lucky Envelope Brewery, based in the Ballard neighborhood in Seattle, was selected for this bottling with its Imperial Stout seasoning the barrels. Additionally, those casks once held malbec wine.

The American single malt is a five-malt barley blend which ran through the still immediately after a peated spirit was run. Aged for 69 months, this is bottled at 102.6 proof. Sales are limited to Washington State. SRP $123 (price includes Washington State sales tax) 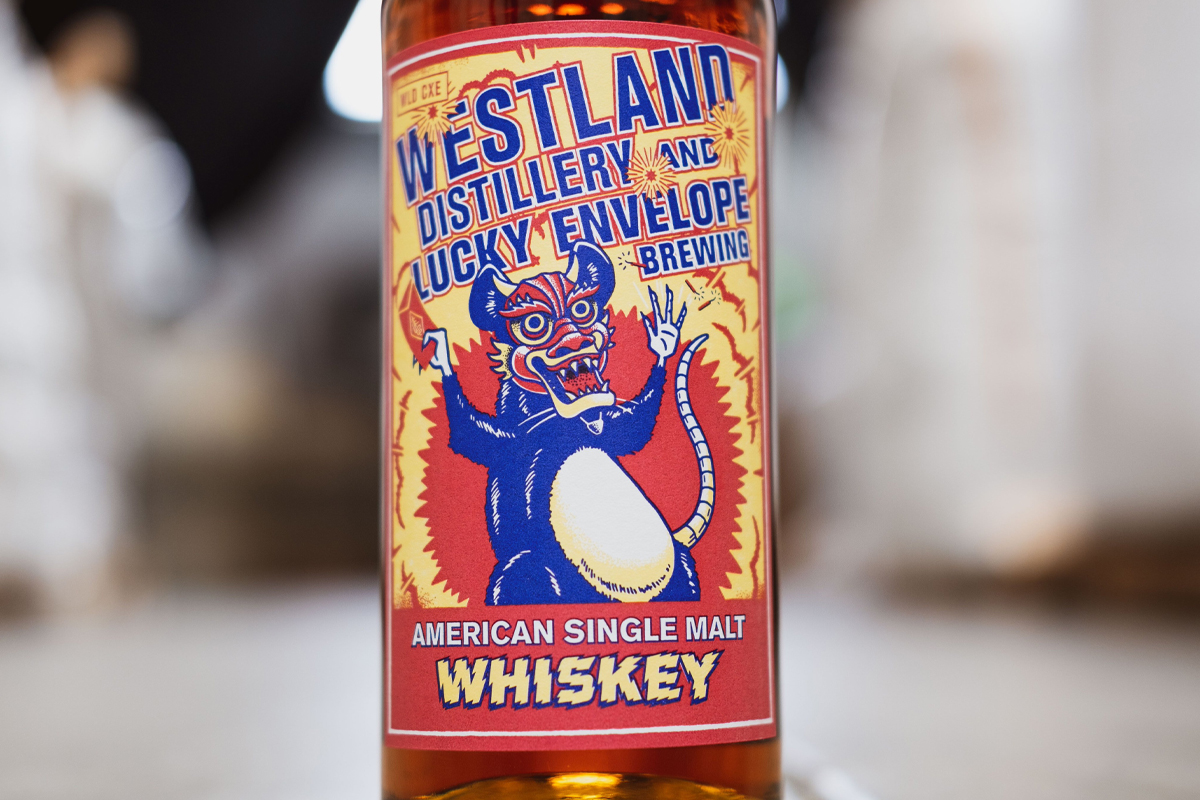 Colorado Springs’ 291 Distillery has announced two straight whiskeys to be sold as a distillery exclusive just in time for Father’s Day. 291 Barrel Proof Straight Rye Whiskey Batch #1 is made from a mash of malted rye and corn. It aged for 3 years in new, charred American oak barrels and it was finished using Aspen wood staves. Bottled at a barrel proof of 64.3% ABV. Only 222 bottles were produced.

291 Barrel Proof Straight Bourbon Whiskey Batch #1 is made from a mash of corn, malted rye, and malted barley. It aged for 3 years in new, charred American oak barrels and it was finished using Aspen wood staves. Bottled at a barrel proof of 66.9% ABV. Only 176 bottles were produced.

“This year, these two special releases are a tribute to the two young men that do me the honor of calling me Dad,” said Michael Myers, owner and founding distiller of 291. “Our Father’s Day releases are always meaningful to us, and these straight whiskeys are a great way to commemorate the day and to acknowledge that we all get better as we get older.”

Available beginning June 14th, these are the oldest whiskeys released to date from the Colorado distillery. SRP for each is $200.

Looking to grab a bottle of Casa Dragones Barrel Blend?