Well we’re already at the halfway point for March. Spring is right around the corner, and we’ve got warm nights and rum cocktails on the brain. With this in mind, a Miami-based theatrical experience is just the ticket. If you’ve had it with winter, consider taking a trip down south.

In other booze news, several new releases have come across our radar—mostly whiskey, but there’s an aged tequila that caught our eye. And of course, we’ll be talking about St. Patrick’s Day. On the plus side, it lands on a Sunday this year—hurray for the weekend! If you’re anything like us, you’ll be celebrating all weekend long. For one thing, there are plenty of great Irish whiskeys (and Irish gins) to choose from. Just make sure to pace yourself.

Go on and pour yourself a pint of Guinness (or Murphy’s—I don’t play favorites!) While you wait for the pint to settle, check out the booze news for the week.

AMPARO is a theatrical experience written by playwright, Vanessa Garcia. Following two successful pilot runs in Miami and NYC, it returns to Miami in April for two months. Directed by Victoria Collado, AMPARO allows theatergoers to be transported from present day Miami to Cuba during the Cuban Revolution. Cast members depict the struggles and triumphs of the Arechabala family, founders of “the real Havana Club rum”. Additionally, AMPARO is an immersive experience with guests receiving Havana Club cocktails during the event.

“It was extremely important for us to take this story and amplify its truth,” says Garcia. “A legacy that will not relent, AMPARO is a story of the Arechabala family, their love, and the complicated, unbreakable bond with an island that was once home. It is a story about thriving in the face of extreme adversity. This is the true story of the real Havana Club rum.”

Teresa’s Batch is the first Booker’s Bourbon Batch release for 2019. This batch is named after longtime Beam Distillery employee (of over 30 years), Teresa Wittemer. She has worked in the lab and in the Quality Control department where she gained her expertise in blending bourbon batches to Booker Noe’s high standards. In fact, she continues to help select batches of bourbon for Booker’s son, current master distiller, Fred Noe. 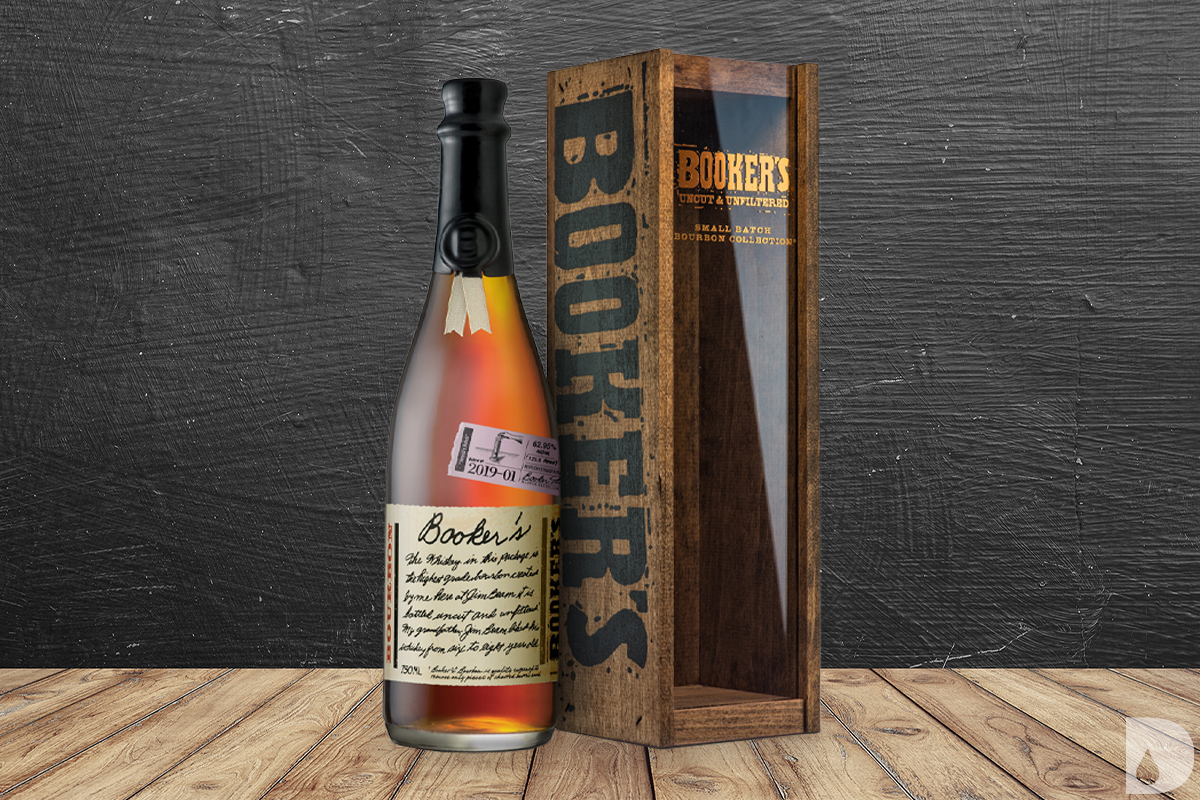 This small batch bourbon marks the third whiskey release for the Danville, KY based distillery. The distillery uses rye instead of wheat here as the secondary grain: 64% corn, 24% rye, 12% malted barley. However, this is unlike the brand’s single barrel version which uses wheat. Notably, the corn and rye are grown by a local farm and the grain bill uses a sweet mash rather than a sour mash like many bourbons use.

Each batch is made from 10-12 barrels and bottled without chill-filtration at 100 proof. Available beginning April 2019. SRP $48. 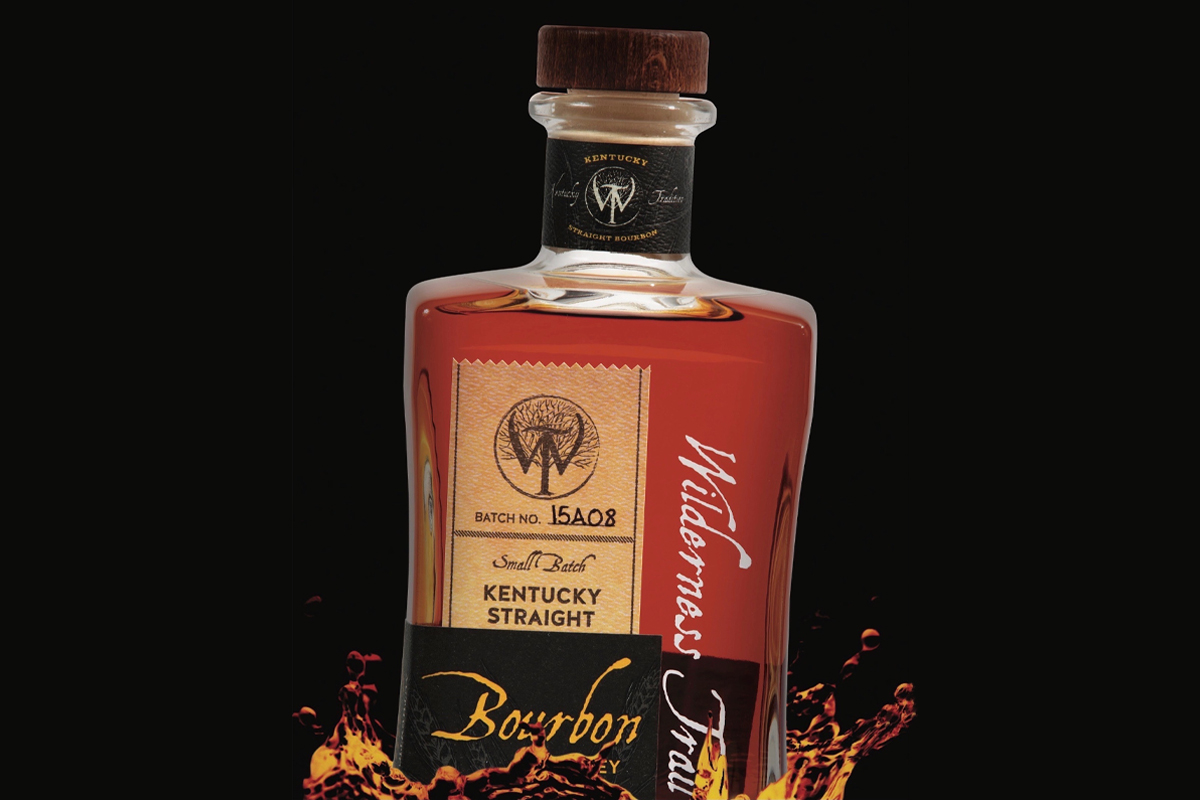 Benromach Peat Smoke Sherry Cask Matured was distilled in 2010 and made with heavily-peated malted barley. The single malt then matured in first-fill sherry hogsheads until it was bottled in 2018 at 59.9% ABV.

“This is the first time Benromach has released a Sherried Peat Smoke expression and we’re very proud of its unique flavor profile,” says Benromach distillery manager Keith Cruickshank. “This expression perfectly balances the smokiness with the sweeter sherry notes, giving rise to a spectacularly rich and intense dram.” 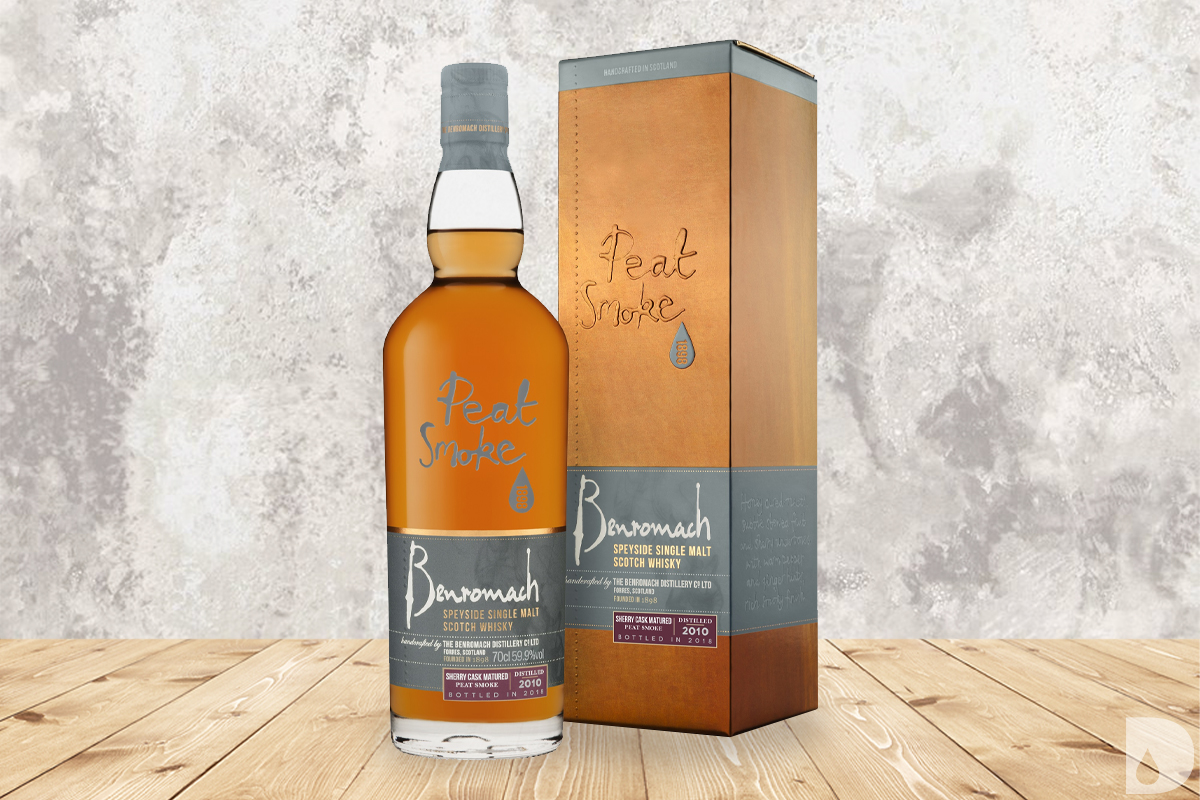 Glasgow Distillery was founded in 2014, and became the first distillery in the city for over 100 years. Makar Glasgow Gin was the first release. Next came the first single malt in 2018, which quickly sold out. The first release for 2019 is the 1770 Glasgow Single Malt, followed by the 1770 Peated later in the year. We’ll see the 1770 Triple Distilled release in 2020. 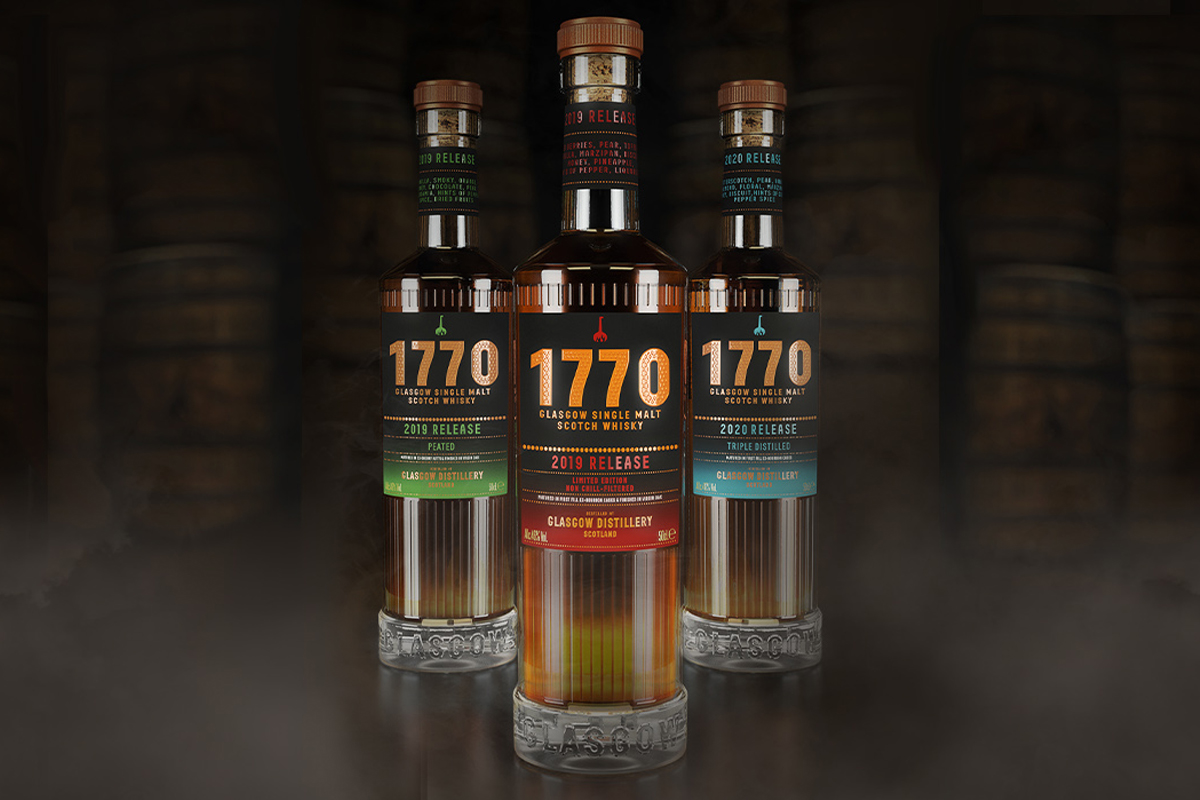 This is a non-peated whisky expression which aged in first-fill ex-bourbon barrels. It finished its maturation in virgin oak. Bottled without chill filtration at 46% ABV. Available in April 2019.

1770 Peated is matured in ex-sherry butts and is finished in virgin oak barrels. Bottled at 46% it will be available later in 2019 (date TBA).

As the name suggests, this is triple, rather than double distilled. The whisky matured in first-fill ex-bourbon barrels and is bottled at 46% ABV. Exact release date TBA.

This is the third release in this series honoring the current Glenlivet master distiller, Alan Winchester. It is a blend of rare single malts, with the youngest of them having been laid down in December 1967 by then master distiller Robert Arthur. It aged in a mix of American barrels, hogsheads and butts. This is bottled at cask strength without chill filtration. Only 155 bottles were produced.

The bottle and case were crafted by British designer Bethan Gray. Each bottle is hand blown, engraved and painted. SRP $25,000. 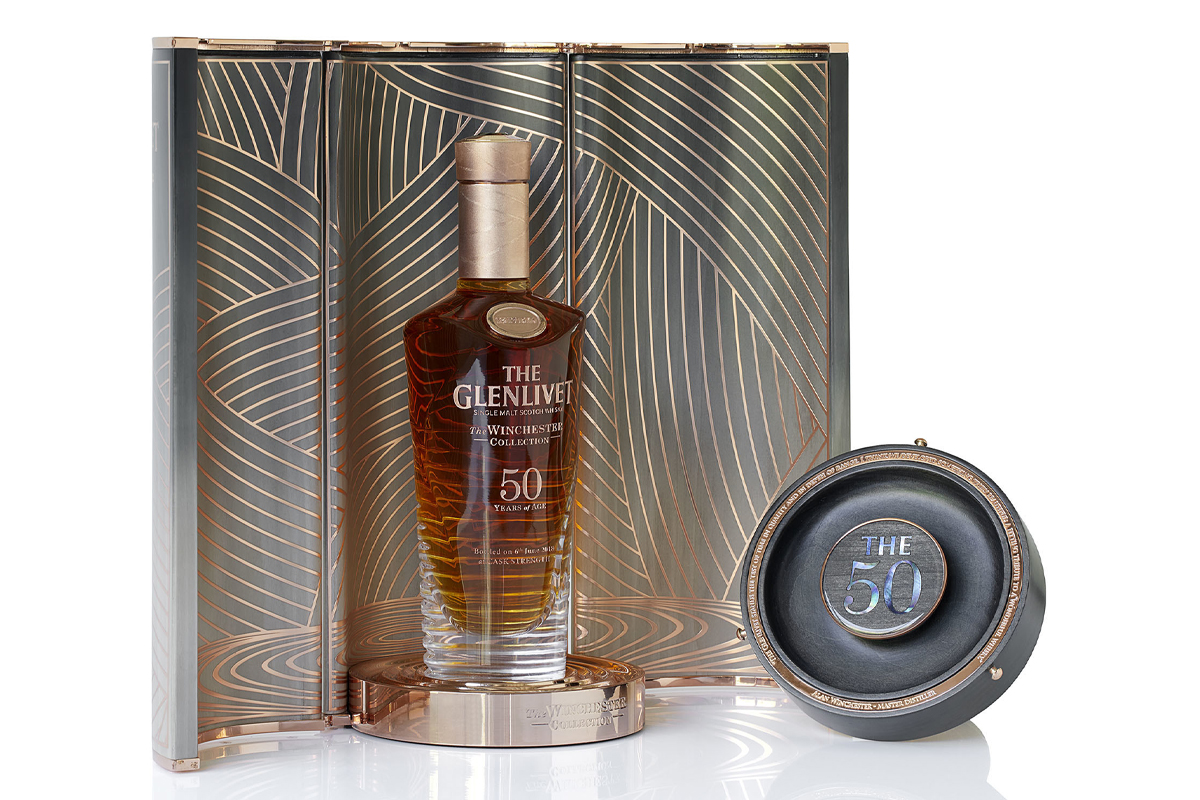 Cenote Cristalino Añejo Tequila is made from 100% agave. It is aged in American oak barrels for over a year, but the color is removed via activated carbon filtration.

“I discovered after the filtration, the aging process can still capture the delicate notes from our Cenote Añejo,” says master distiller Arturo Fuentes. “Our Cristalino offers a subtle balance of cooked agave and sweet vanilla from the American Oak bourbon barrels. It’s unlike any Cristalino I’ve ever tasted before.” 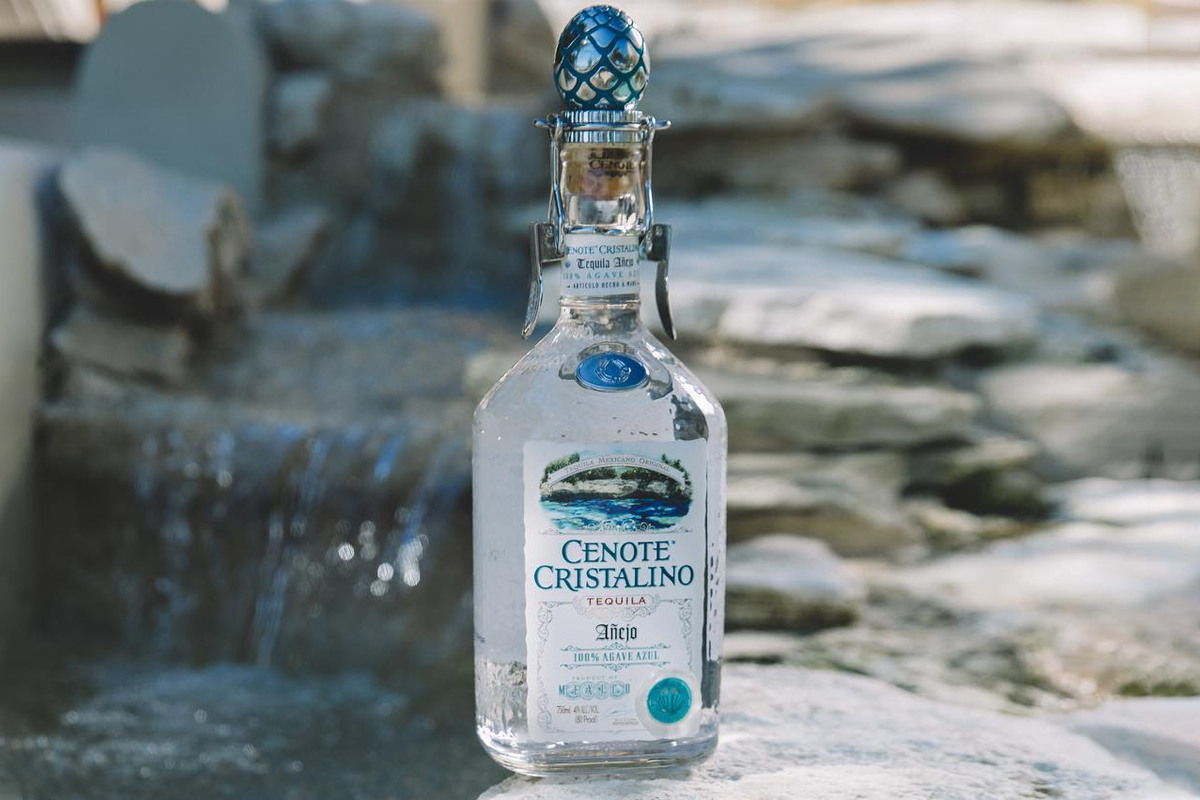 Proper No. 12 Now Available in the UK and Australia

Just in time to celebrate St. Patrick’s Day, Proper No. 12 is now available in the United Kingdom and Australia. These locations join Ireland and the US in availability. First released six months ago, Proper No. Twelve Irish Whiskey is a brand founded by Mixed Martial Arts Champion Conor McGregor under his Eire Born Spirits company.

It’s a triple-distilled blended whiskey matured in former bourbon barrels. Notably, the company will donate $5 for every case sold to local first responder organizations and charities, giving up to $1 million annually. The organizations will be identified for each country around the world. Donations will go directly to specific countries where sales take place.

“First responders and emergency personnel all over the world are the unsung heroes who act with courage and answer the call of duty every day for people in need,” said McGregor. 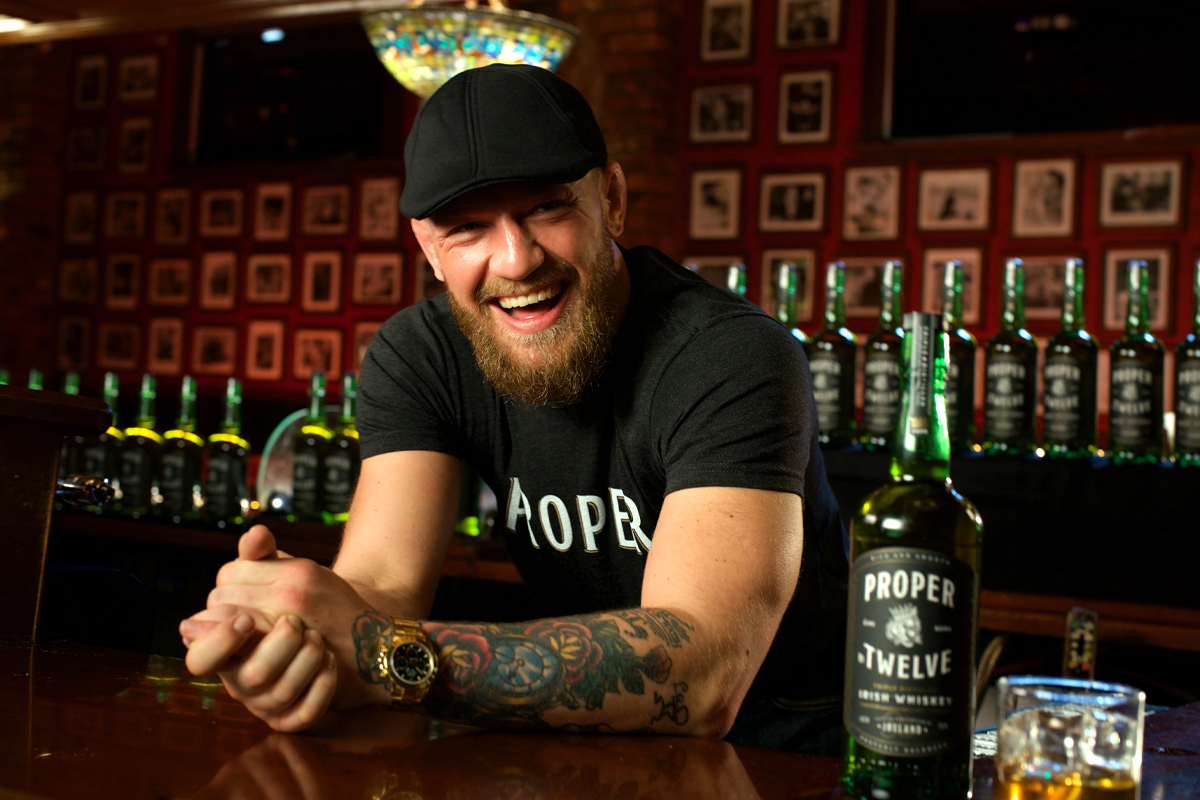