We’ve made it to March, and that means St. Patrick’s Day is right around the corner. With that in mind, the folks at Redbreast debuted their oldest whiskey yet, Redbreast 27 Year. This week Diageo kicked off a brand new program celebrating the women behind many of its biggest brands and also announced two new whiskies. The latest Booker’s Bourbon batch is here and it’s named after Booker Noe’s mom and Jim Beam’s daughter. Barrell Craft Spirits launched a new rye whiskey just a week after its latest bourbon release was announced. Next, Dewar’s announced the second whisky in its cask finishing series. Finally, Woodford Reserve unveiled its 2020 Kentucky Derby bottle design. Check out the news and much more below. 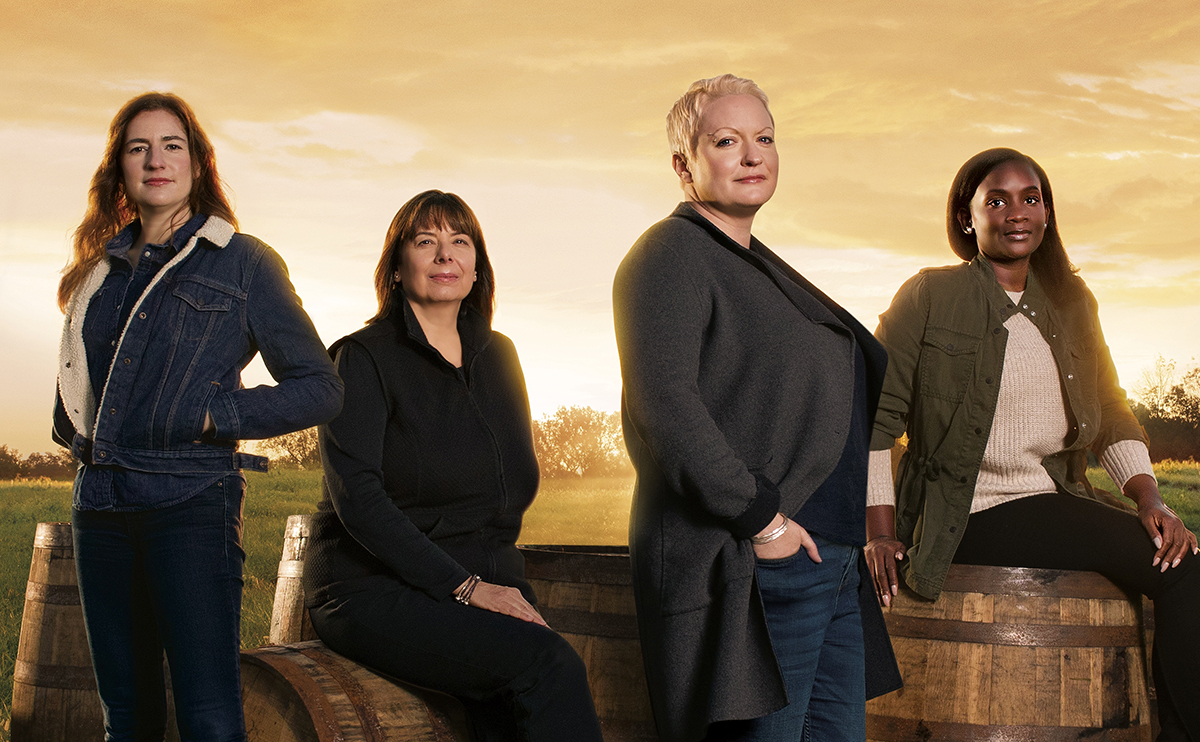 The second limited-edition whisky release is Bulleit Bourbon Blenders’ Select No. 001. This Kentucky straight bourbon was crafted by Bulleit blender Eboni Major and uses 3 out of 10 bourbon distillates used in the creation of standard Bulleit Bourbon. It spent 9 years in new, charred American oak barrels and is bottled at 50% ABV. The SRP is $50.

With St. Patrick’s Day only a few weeks away, the folks at Redbreast just announced a brand new member of the Redbreast family. Redbreast 27 Year is made using pot still distillate that aged in ruby port barrels from Portugal’s Douro Valley as well as whiskey aged in bourbon and sherry barrels. 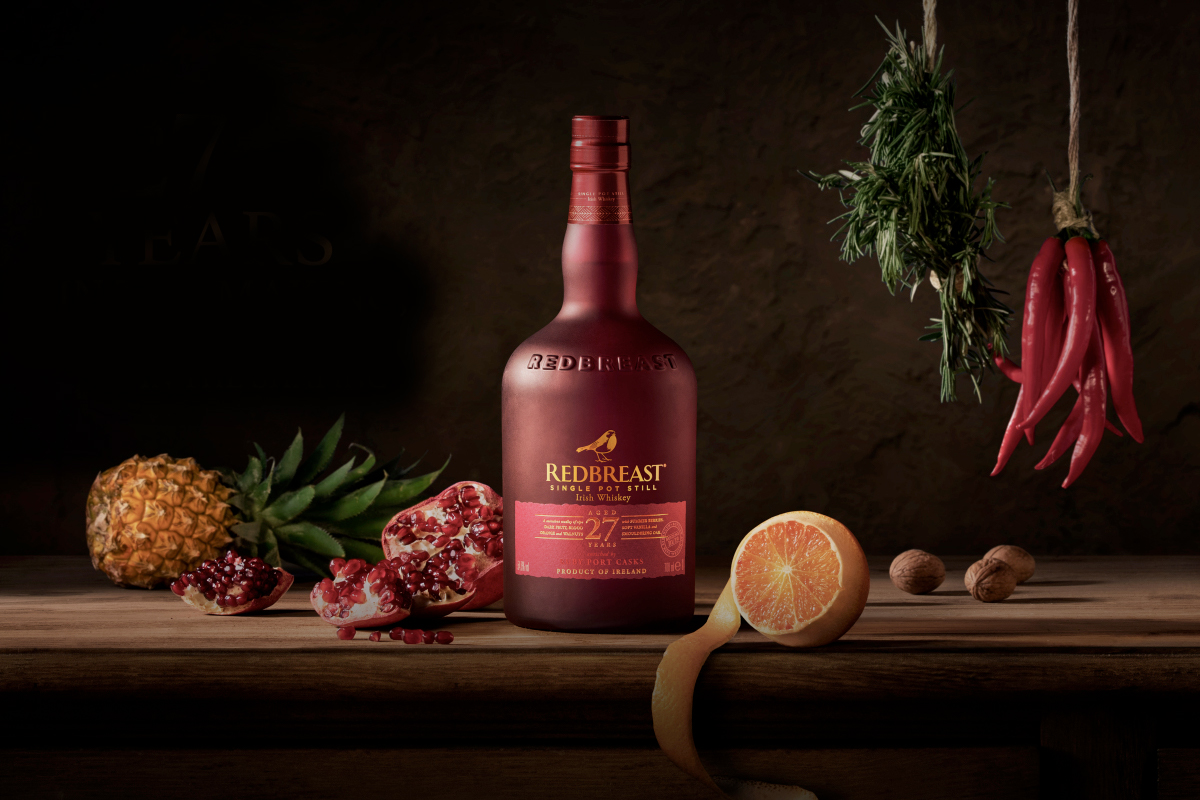 Redbreast 27 Year is bottled at a cask strength of 54.6% and has a suggested price of $500 per 750ml bottle. While the whiskey will be produced in limited quantities, the brand plans to continue producing it on an ongoing basis. It is available in 11 global markets starting in March 2020. Within the United States it will roll out in Alaska, Arizona, Colorado, California, Connecticut, Florida, Hawaii, Illinois, Michigan, Minnesota, Missouri, Maryland, Massachusetts, Nevada, New York, New Jersey, New Hampshire, Ohio, Oregon, Pennsylvania, Texas, Washington D.C and Washington state.

Around this time of year the Beam folks like to announce the first Booker’s Batch of the year. Last year they started with Booker’s Bourbon Batch 2019-01 “Teresa’s Batch”. This year the brand is kicking things off with Booker’s Bourbon Batch 2020-01 “Granny’s Batch”. This release is named after Booker Noe’s mom, Margaret Beam Noe, known to her family as “Granny Noe”. Margaret was the youngest child of Jim Beam, and the only of his children to have children of her own.

Only a week after the announcement of Barrell Bourbon Batch 023, Barrell Craft Spirits is back with another release; this time a rye. Barrell Rye Batch 003 starts with Tennessee Rye whiskey then combines it with Polish Rye. After that, Barrell adds in 13-year-old Canadian Rye followed by Indiana Rye. 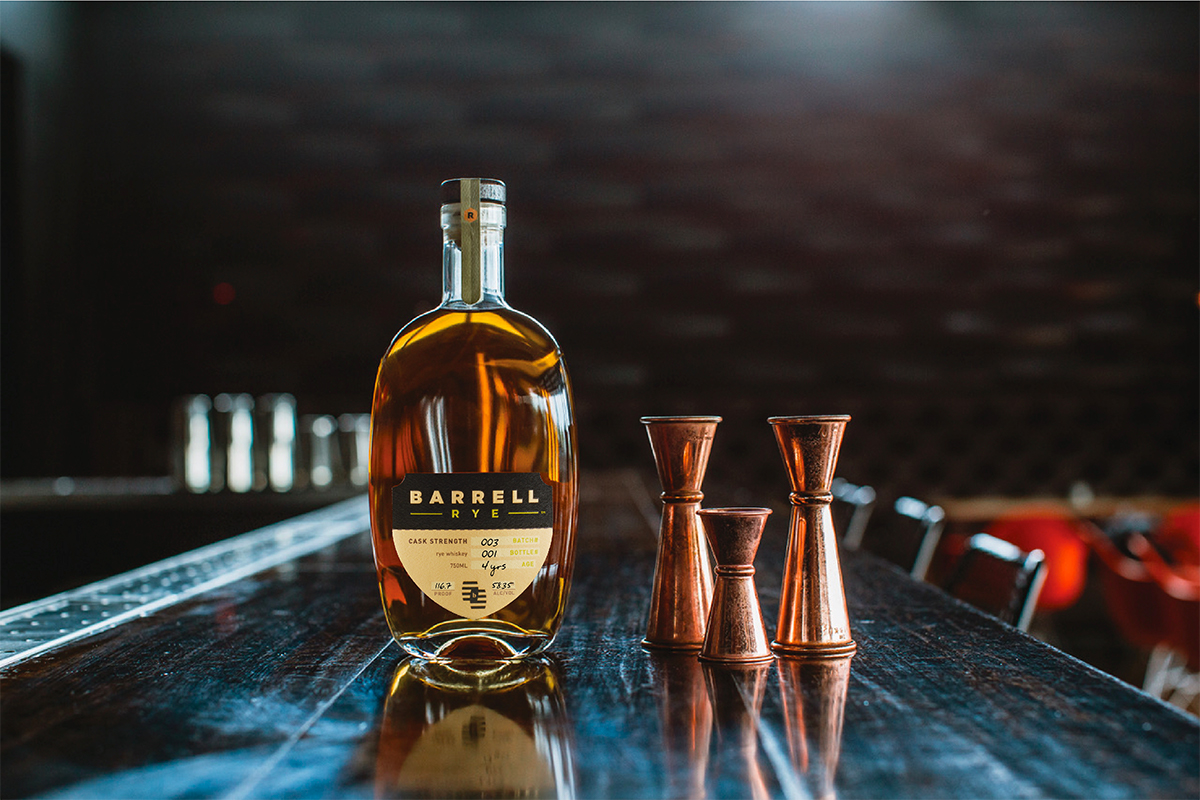 Every year Woodford Reserve releases a limited-edition bottle celebrating the Kentucky Derby. While the whiskey inside the bottle is standard Woodford Reserve Bourbon, the artwork changes every year. This year, the bottle features the artwork of Louisville artist Richard Sullivan, a former professional baseball player for the Atlanta Braves.

The artwork includes a watercolor image of thoroughbred horses running towards the finish line with the twin spires of Churchill Downs in the background.

As with previous years, Woodford Reserve Kentucky Derby 146 (after the 146th Kentucky Derby) is sold in liter-sized bottles, and is available starting in March 2020. SRP $50.

Dewar’s Ilegal Smooth is the latest release from the blended scotch brand, and the second in the brand’s cask finishing series. The first release was Dewar’s Caribbean Smooth that came at the end of 2019. This whisky starts with the standard Dewar’s recipe, a blend of up to 40 single malt and grain whiskies, then is double aged for 8 years. Finally, the whisky is finished in casks that previously held Ilegal Mezcal from Oaxaca, Mexico. 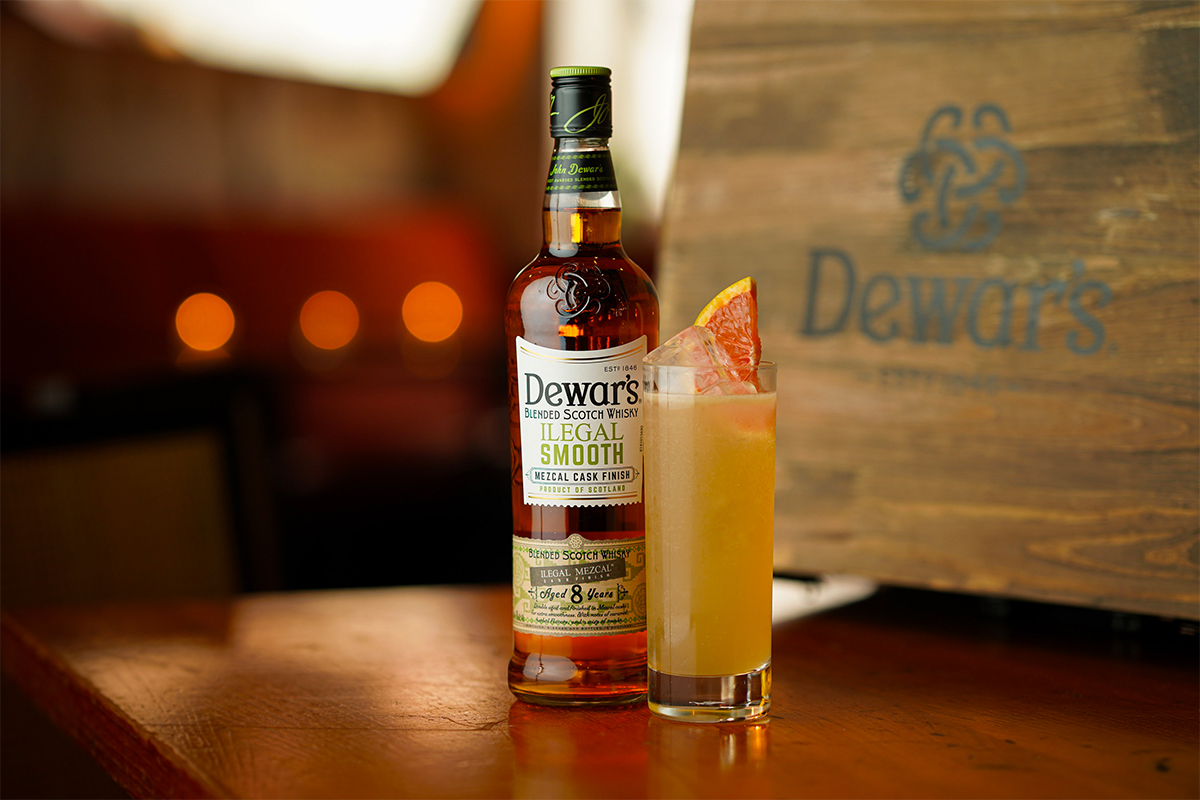 This week Chivas Regal announced The Chivas Extra 13 Collection, a line of four different 13-year-old blended Scotch whiskies. Each release utilizes one of four cask types during the production process. Each whisky is aged for 13 years, has a suggested price of $40 and is bottled at 40% ABV. At the present time, availability is only planned for travel retail starting in July 2020.

GlenDronach announced the completion of its brand new visitor experience in Aberdeenshire this week. Inside the visitor center guests will find rare GlenDronach expressions like the brand’s oldest bottle which was bottled just before the start of WW1. The center also includes a new tasting bar and a Hand Fill experience where guests can fill, seal and label their own cask strength bottle from one of two sherry casks. The new center is open 7 days a week from 10am to 4:30pm with guided tours and a gift shop. 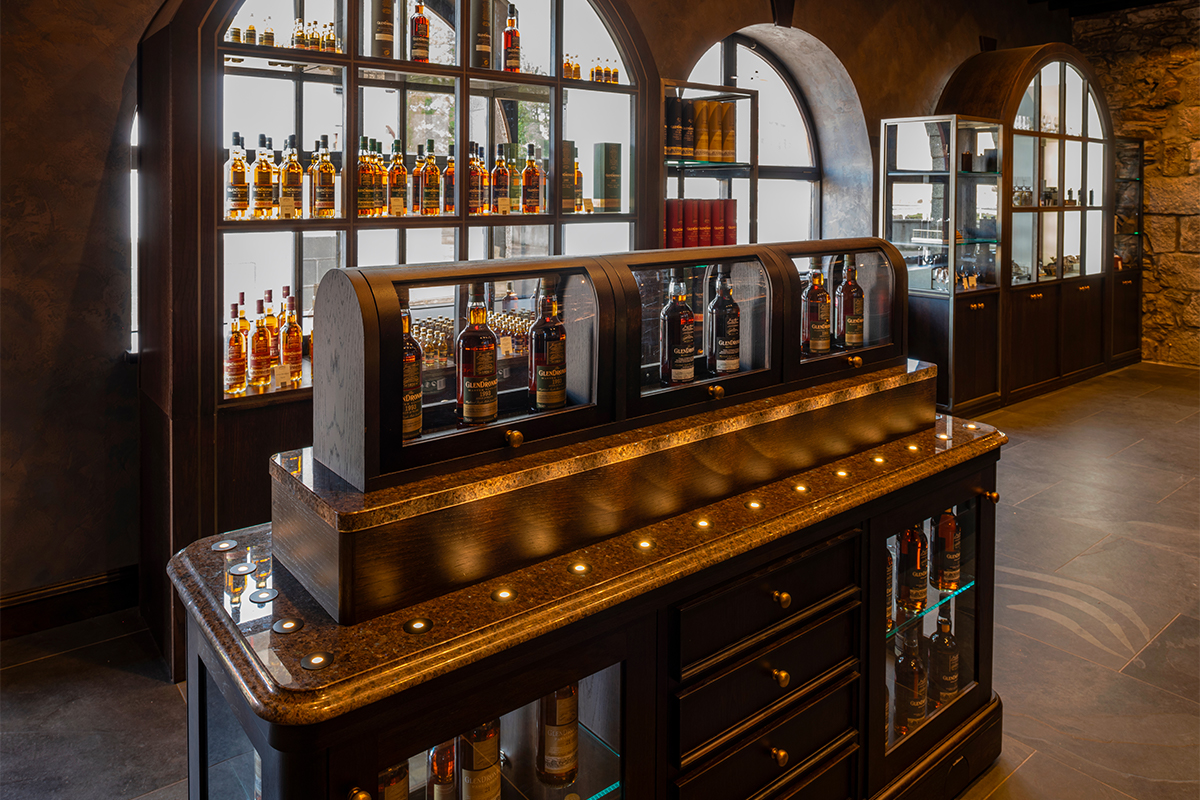 Craft distillery acquisitions have become the norm over the past few years as larger producers scoop up smaller brands, sometimes for untold sums of money. New Columbia Distillers from Washington, DC, maker’s of Green Hat Gin, became the latest distillery to be acquired, this time by MGP.

“As the largest producer of distilled gin in the U.S., we have a depth of expertise and commitment to the category that makes this a very exciting complement to our vodka, bourbon and rye whiskey range,” said MGP President and CEO Gus Griffin.

Are you going to try to hunt down a bottle of Redbreast 27 for St. Paddy’s Day? Better start saving now.

Ready to Try Mezcal? Start Your Journey With These Picks

New whiskeys, plus some spirits brand shakeups and upcoming releases