This week we have a few new releases to tell you about from the spirits world. First, Vermont-based whiskey brand WhistlePig debuted the latest in its FarmStock line. But unlike previous versions, WhistlePig HomeStock Whiskey was created by crowd-sourcing the final blend. Then, Bruichladdich announced a new Cask Exploration Port Charlotte bottling which aged in a variety of cask types. Finally, Convite Mezcal has launched a few mezcal bottles in the US, a first for the brand which was founded in 2013.

In addition to the new releases, we wanted to share some new virtual spirits experiences to check out over the next week and beyond. If you’re able, make sure to buy the spirits in advance so you can sip along. Finally, we’ve got a few more upcoming releases to tell you about that have gotten their labels approved. Without any further delay, let’s get on to the Friday Roundup for May 15, 2020!

WhistlePig HomeStock Whiskey is made from a blend of rye, wheat and barley whiskeys. This whiskey is the fourth in the brand’s FarmStock series which uses some of WhistlePig’s own rye distillate. But for this release, Flaviar members and industry professionals were sent blending kits at home to decide on the final blend. 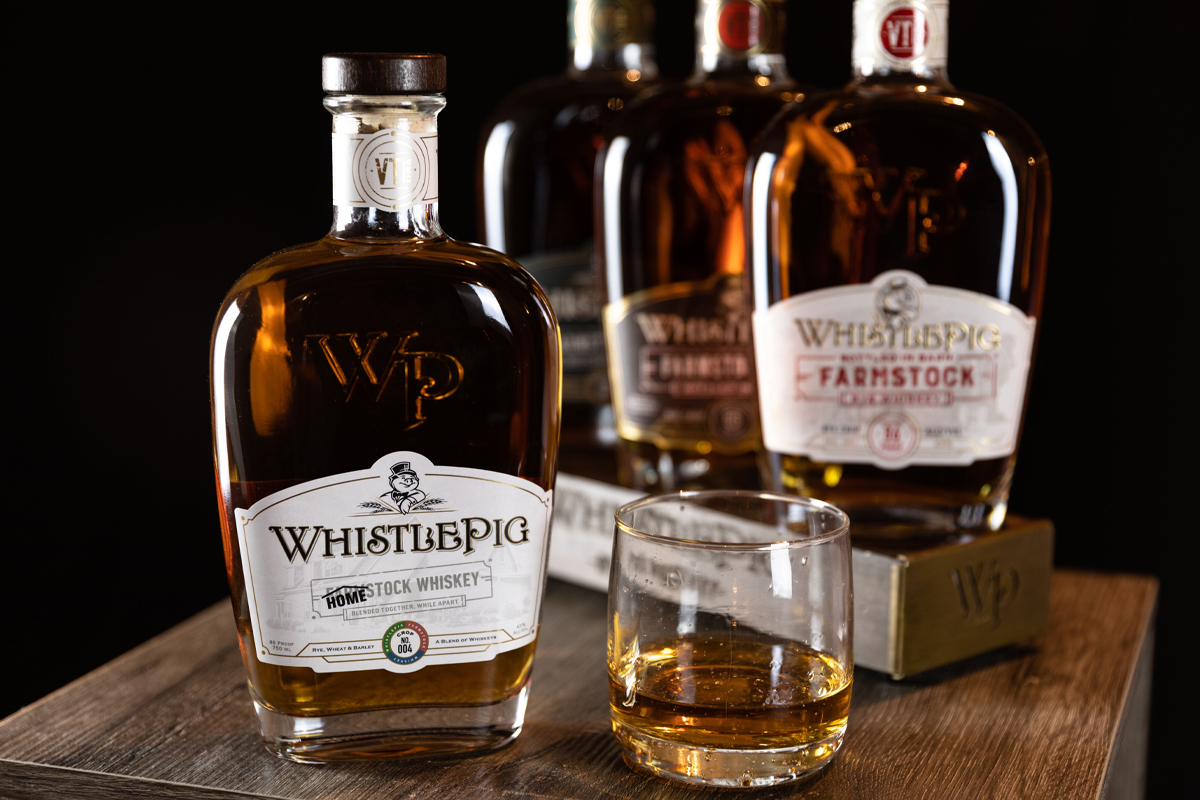 Port Charlotte OLC:01 2010 is part of the brand’s Cask Exploration Series. It was distilled in 2010 with 100% Scottish malted barley. It was first placed into a variety of barrels for initial maturation. 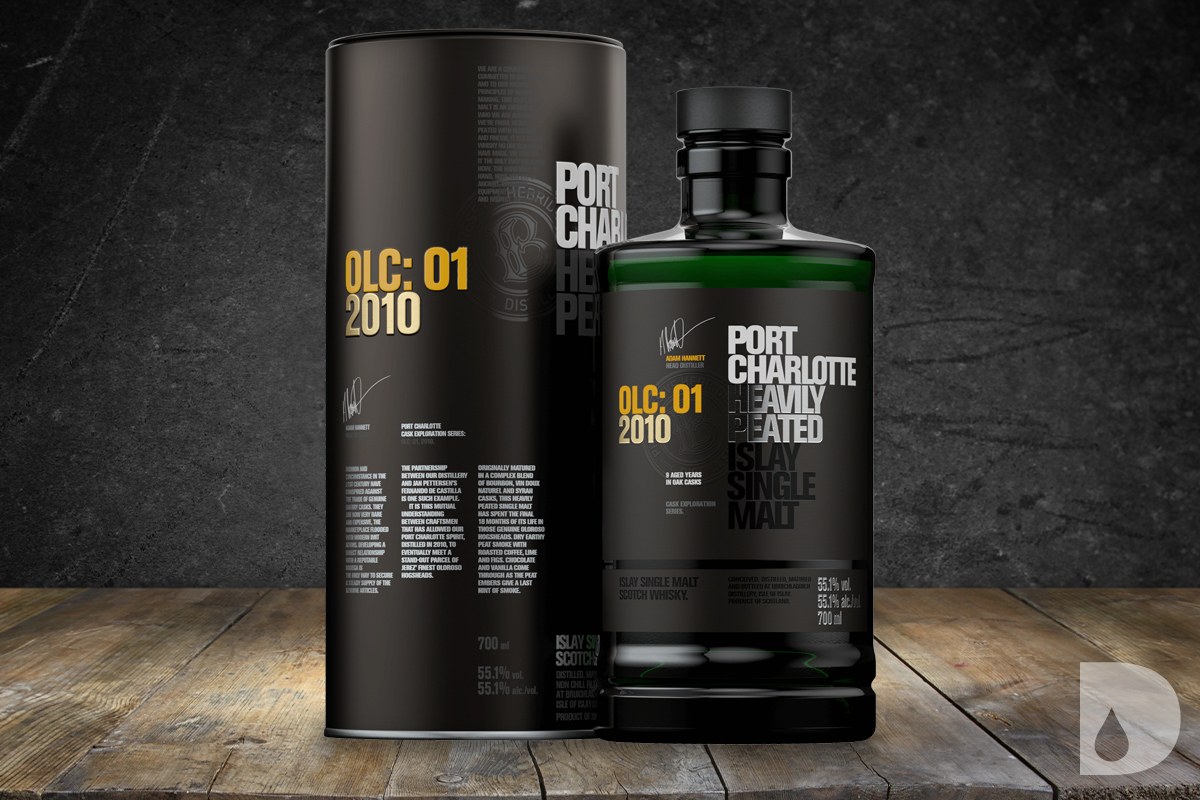 Convite Mezcal Introduced in the US

Convite Mezcal, a sustainably produced mezcal brand founded in 2013, is now available in select US markets as of this month. The brand launched three bottlings, an entry level espadin and two mezcals which feature wild agave. Additionally, the mezcals are all made using artisanal practices in a single palenque.

The introductory Convite Espadin Esencial is made from 100% espadin which was harvested after 8 years. Bottled at 40% ABV it carries an SRP of $44.99.

The brand’s blend is made with both espadin and wild madrecuishe. The agaves were harvested after aging for 8 and 13 years, respectively. Bottled at 42% ABV it has an SRP of $69.99.

This Convite Mezcal bottling is made from 100% wild coyote agave harvested after maturing for 12 years. Coyote is a rare, wild agave so its price tag reflects that. Bottled at 46% ABV it carries an SRP of $159.99. 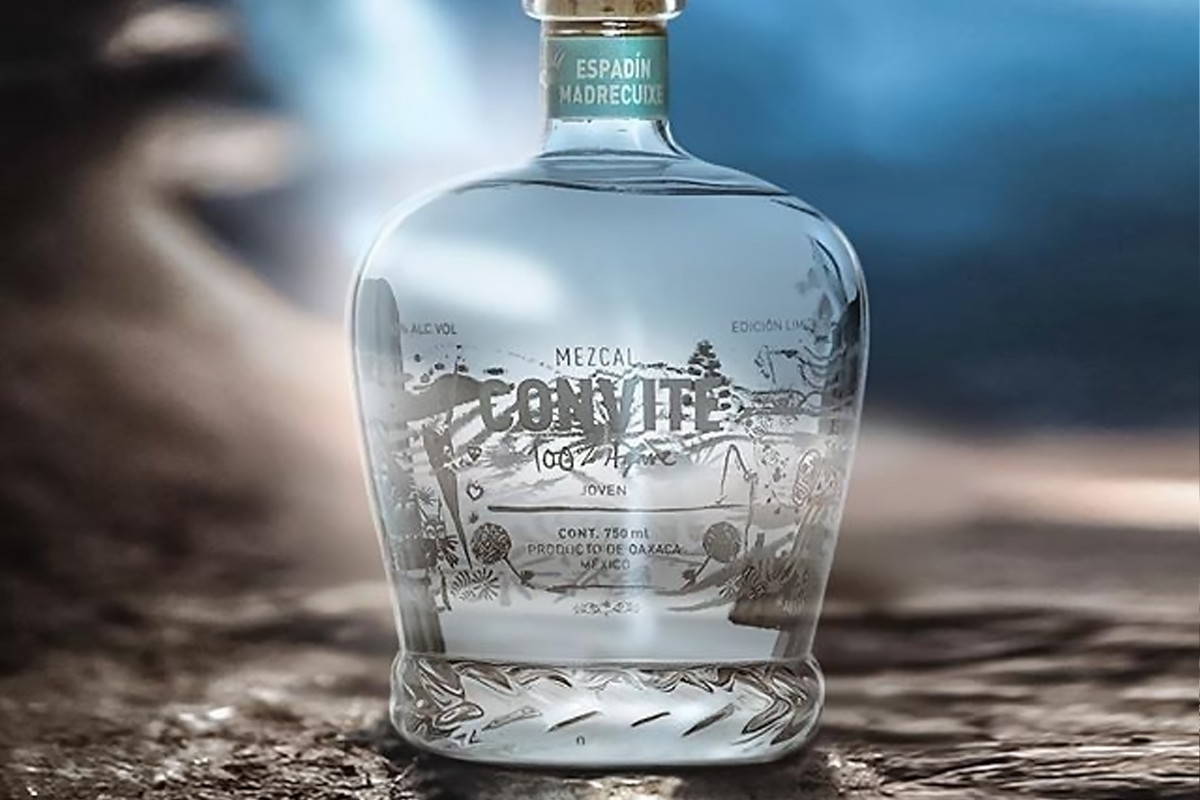 The Irish distillery Teeling announced two new whiskeys this week. First, the latest Brabazon Series 3 single malt was aged for 14 years, initially in ex-bourbon. It was then finished in Pedro Ximenez sherry casks. Only 10,000 bottles were produced. It is bottled without chill filtration at 49.5% ABV and has an SRP of €95 (£85/US$103).

Teeling Vintage Reserve 28 Year Single Malt was distilled in 1991 like its predecessors, the 21 Year and 24 Year Vintage Reserve releases. It matured in ex-bourbon barrels and was then transferred to ex-Sauternes wine casks for the last 8 years of maturation. Only 4,000 bottles were produced. Bottled without chill filtration at 46% ABV it carries an SRP of €500 (£485/ US$542).

Availability for both begins in the UK and Ireland in May 2020 with other markets to follow. 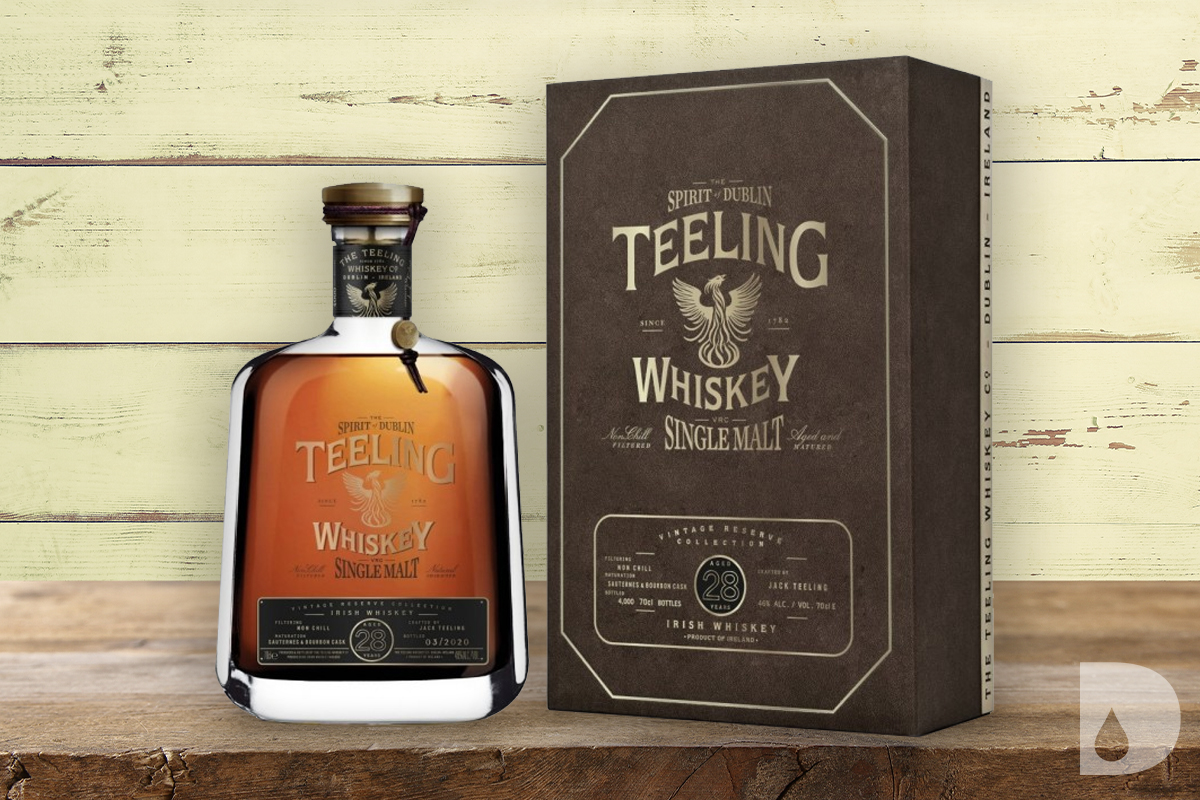 Crystal Head has released a limited edition rainbow-colored Pride Bottle. Of course, the vodka itself will remain the same gluten-free Crystal Head Vodka, filtered through layers of quartz crystals known as Herkimer diamonds.

First released in May 2020, this limited edition Pride Bottle will be available from May-July in select US, Canadian and European markets with an SRP of $49.99. The brand also expects this to be an annual release going forward. 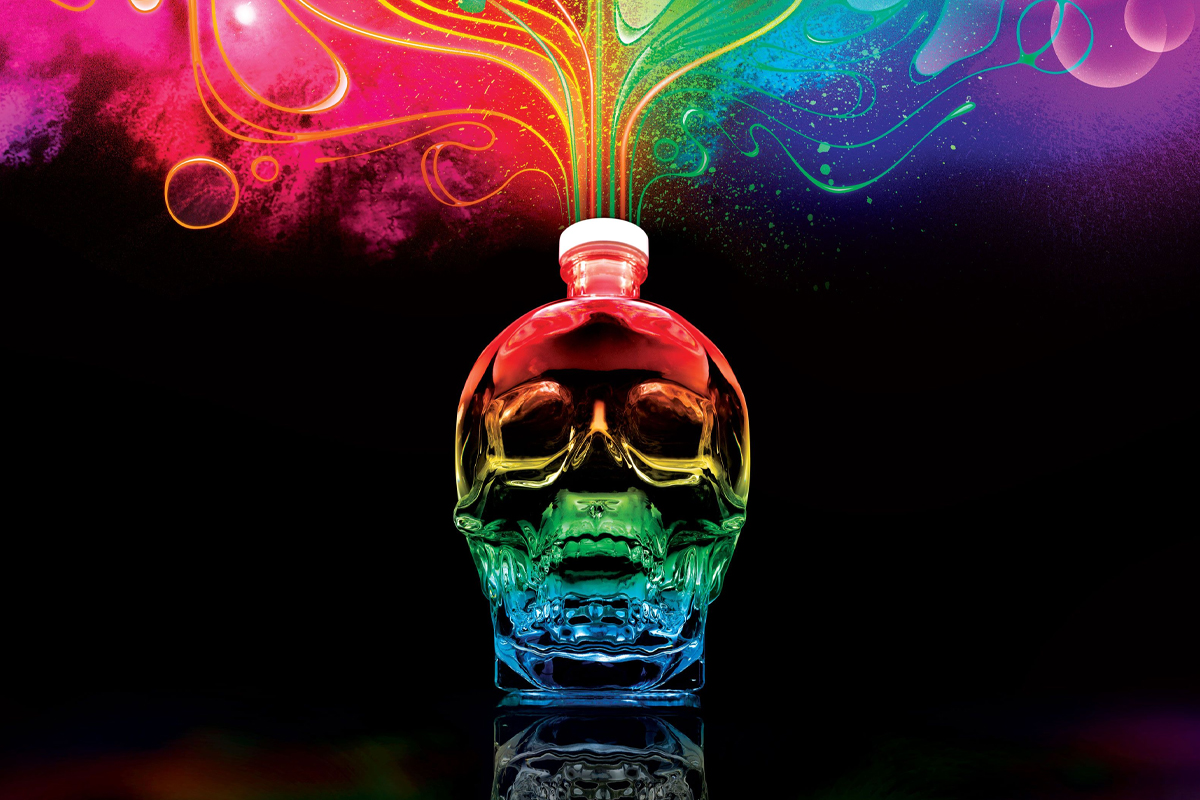 Japanese brand Suntory has launched a Celebrate at Home virtual experience featuring Suntory Highballs. This ongoing series encourages drinkers to create a Suntory Highball at home. Then once it’s made, you can post a video or photo of yourself on your Instagram story toasting to virtual happy hours using the #SuntoryTimeAtHome tag. Make sure to also tag @SuntoryWhisky and the brand will repost your image/video on the Suntory Whisky channel to encourage others to join in.

The schedule below is ongoing so if you can’t join in this week, make sure you stock up on Suntory Toki Whisky and Haku Vodka to participate in #SuntoryTimeAtHome in the coming weeks. 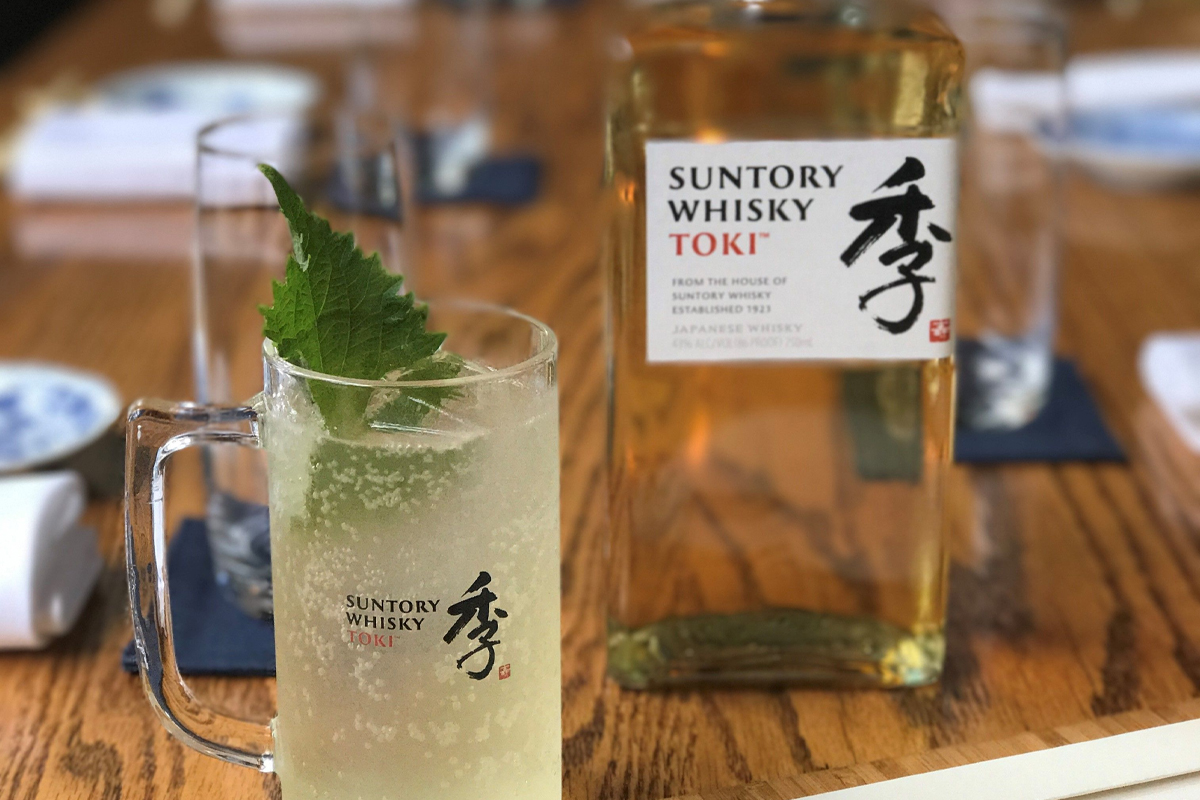 Since the 2020 Campbeltown Malt Festival was canceled due to the coronavirus pandemic, Glen Scotia has announced its first Virtual Malts Festival. The Campbeltown distillery will be hosting a variety of tours and tastings on its website at glenscotia.com/festival from the 18th-24th of May. Included will be a core range tasting as well as a dunnage tasting with Master Distiller Iain McAlister. The dunnage tasting will feature some of Iain’s favorite casks which are typically not available outside of the dunnage warehouse.

Tasting kits for the dunnage tasting are available in the UK and select European markets, but if you can’t get your hands on those, you can also get your hands on a core bottling and join in the fun that way. For more information, please visit the brand’s website. 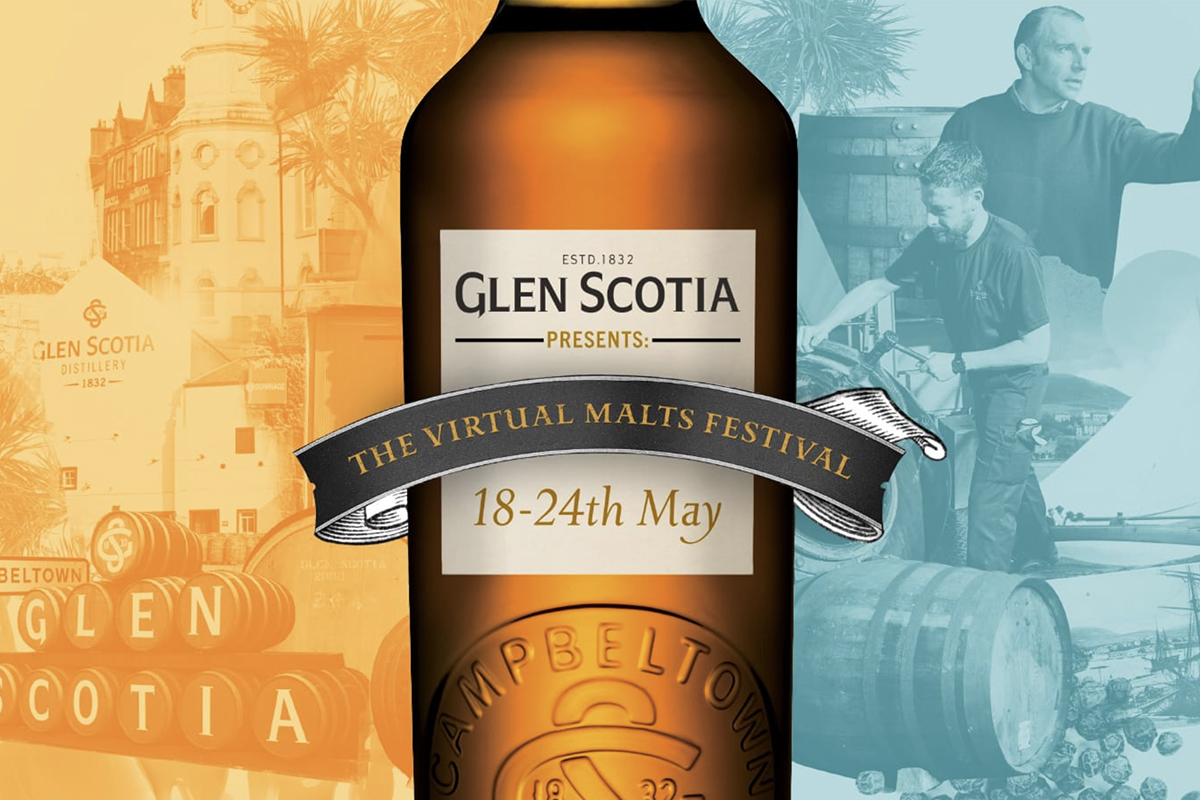 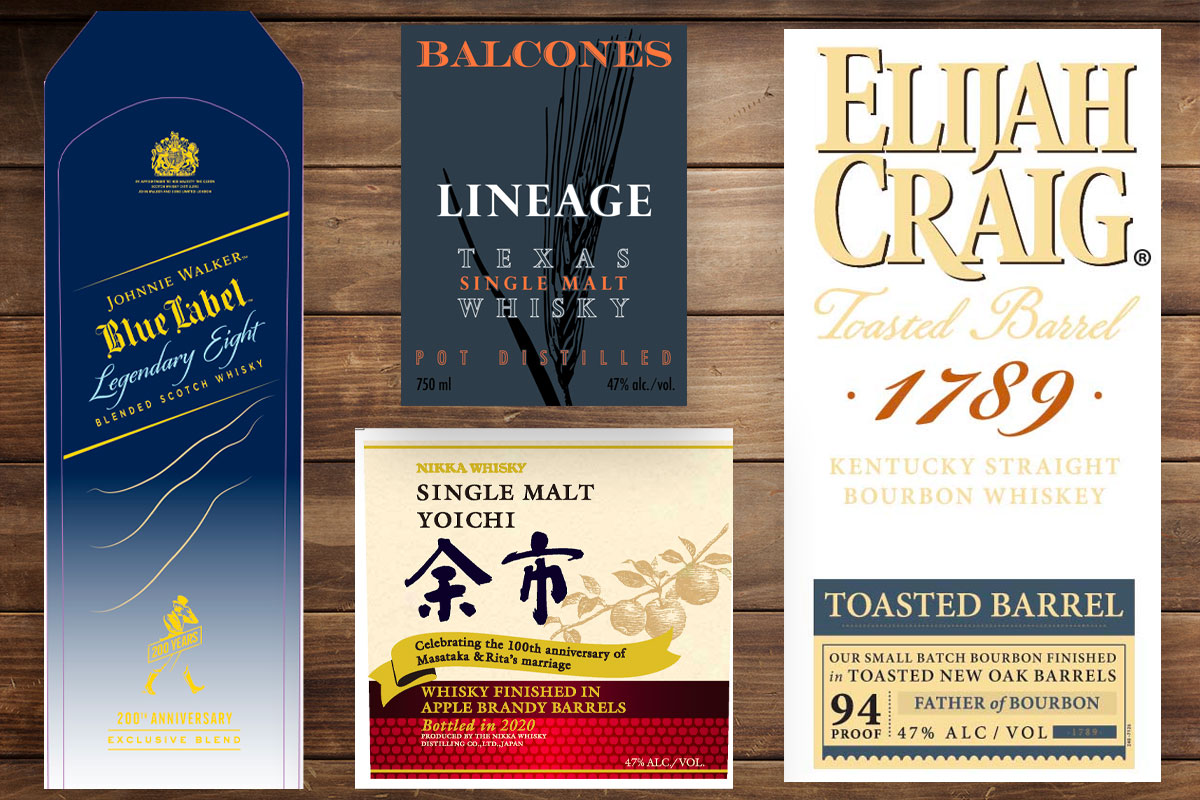 It’s unclear whether this will be a limited edition or a new permanent addition to the Heaven Hill portfolio. But this appears to be a no-age statement release.

It’s a Kentucky straight bourbon which began life as Elijah Craig Small Batch. It is then finished in toasted new oak barrels and bottled at 94 proof.

This new release from the esteemed Waco, Texas brand seems to pay homage to traditional single malts while also keeping true to what defines the brand as a Texas whisky.

This Texas single malt whisky is aged for a minimum of 36 months and bottled at 47% ABV.

This limited edition release celebrates Johnnie Walker’s 200th anniversary. Eight distilleries are featured, with each having been around when the Johnnie Walker brand was established.

This is an upcoming Master’s Collection release for the brand. The number 16 is not an age statement, however.

These single malts were created to honor the 100th wedding anniversary of Nikka’s founder Masataka Taketsuru and his wife Rita who were married in 1920. When Nikka was first established in 1934, apple products helped to keep the distillery afloat.

Both the Miyagikyo and Yoichi single malts were each finished in Nikka’s apple brandy barrels and bottled in 2020 at 47% ABV.