This week brings news that Swedish distiller Mackmyra has teamed up with Microsoft to create the world’s first AI created whisky. Also, Buffalo Trace will donate the whiskey from its 6 millionth barrel to charity fundraising across the US. Plus, new releases from Laphroaig, Woodford, Booker’s and Don Ciccio & Figli are on the way. Finally, George Dickel Bottled In Bond hits the market, and it’s less than $40. Let’s jump right in to the news.

This fall, Swedish whisky distillery Mackmyra plans to release what it calls, “the first-ever AI created whisky”. The distillery teamed up with Finnish technology agency Fourkind, along with Microsoft, to create a whisky designed by machine-learning algorithms.

The machine learning models run off of Microsoft Azure cloud platform and AI cognitive services. First, the models are fed data of Mackmyra’s recipes, sales and customer preferences. Then, the AI takes that data and generates more than 70 million possible recipes. 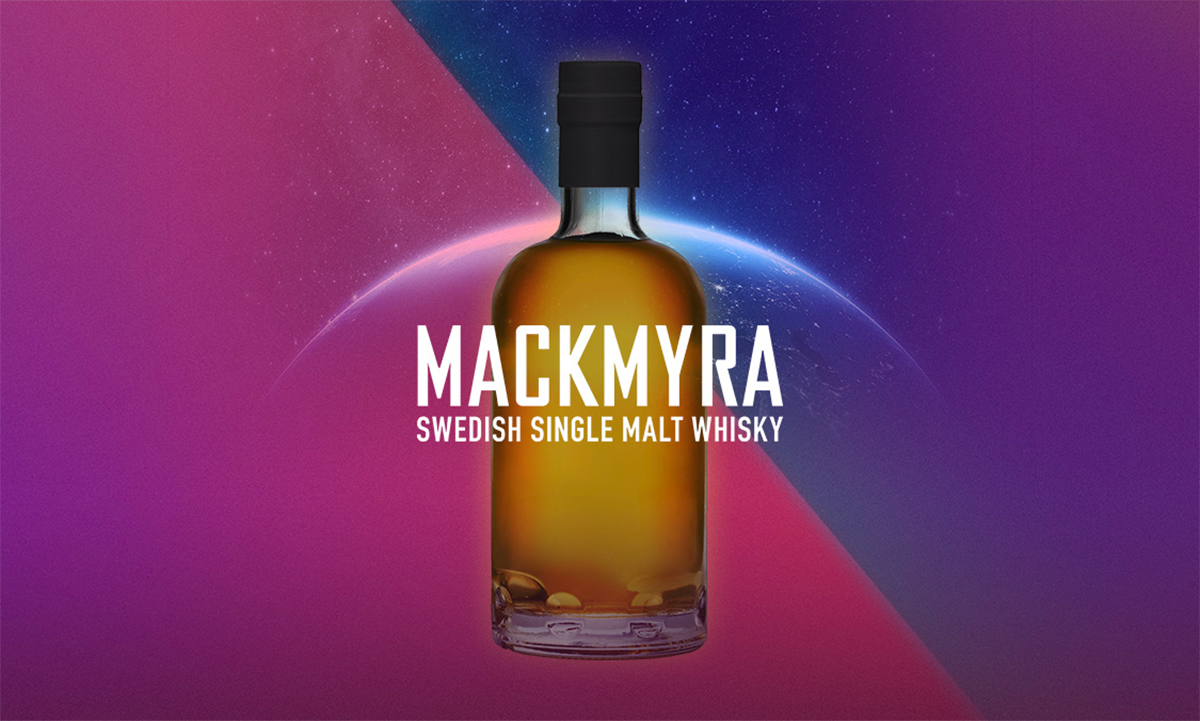 “The work of a master blender is not at risk,” says Angela D’Orazio, master blender at Mackmyra. “While the whisky recipe is created by AI, we still benefit from a person’s expertise and knowledge, especially the human sensory part, that can never be replaced by any program. We believe that the whisky is AI-generated, but human-curated. Ultimately, the decision is made by a person.”

The AI-generated single malt whisky will debut in Fall 2019.

Back in 2008, Buffalo Trace filled its six millionth barrel of bourbon produced since Prohibition. The bourbon then aged for a 10 years and 11 months. Now, it has been put into 375ml bottles and is exclusively available to non-profit organizations for fundraising opportunities.

Each bottle from the Six Millionth Barrel comes in a numbered hardwood box along with a piece of the charred oak stave from the barrel it aged in. 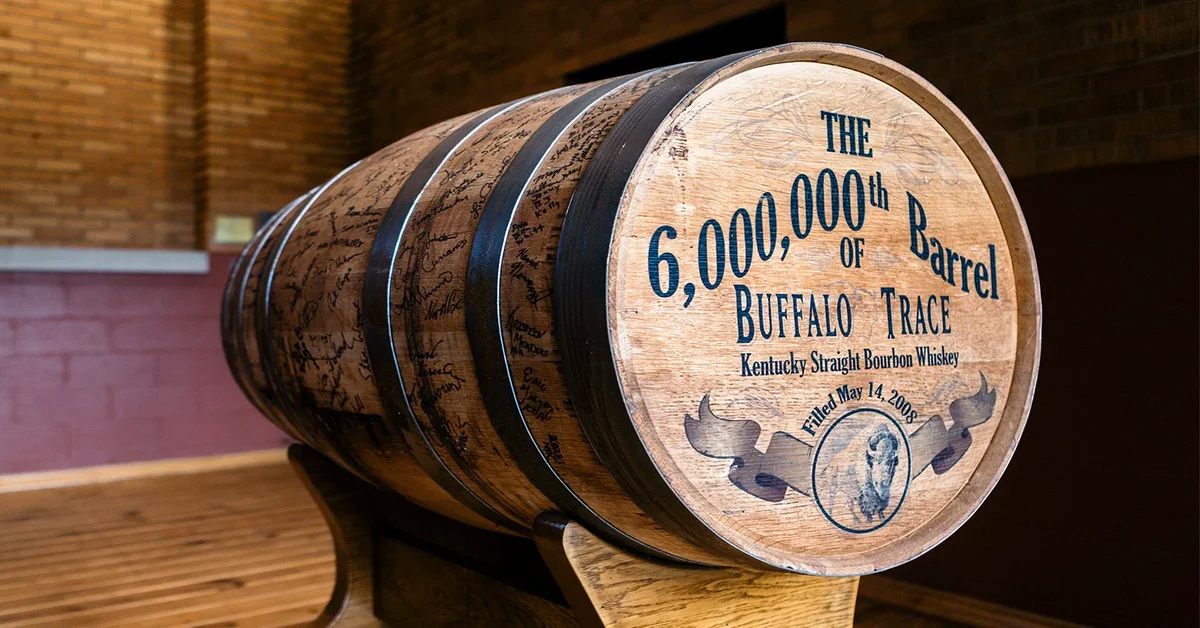 All 400 bottles from the barrel are free for charitable organizations across the United States to auction for fundraising purposes. Furthermore, Buffalo Trace hopes to raise $500,000 for charitable causes with the donation of these bottles. Also, these bottles will not be available in retail stores, so best find an auction if you’re looking to bring one home.

Charitable organizations interested in receiving a bottle for fundraising must submit an official US non-profit tax ID and auction the bottle within the 2019 calendar year. Applications can be submitted at 6millionthbarrel.com until July 1st, 2019.

Laphroaig’s 2019 Càirdeas (friendship in Gaelic) release is finally here. This bottling is meant to celebrate the Friends of Laphroaig and the yearly Islay Festival. Laphroaig Càirdeas 2019 Triple Wood Cask Strength matured in ex-bourbon barrels prior to a second maturation in quarter casks and ex-oloroso European oak sherry casks. 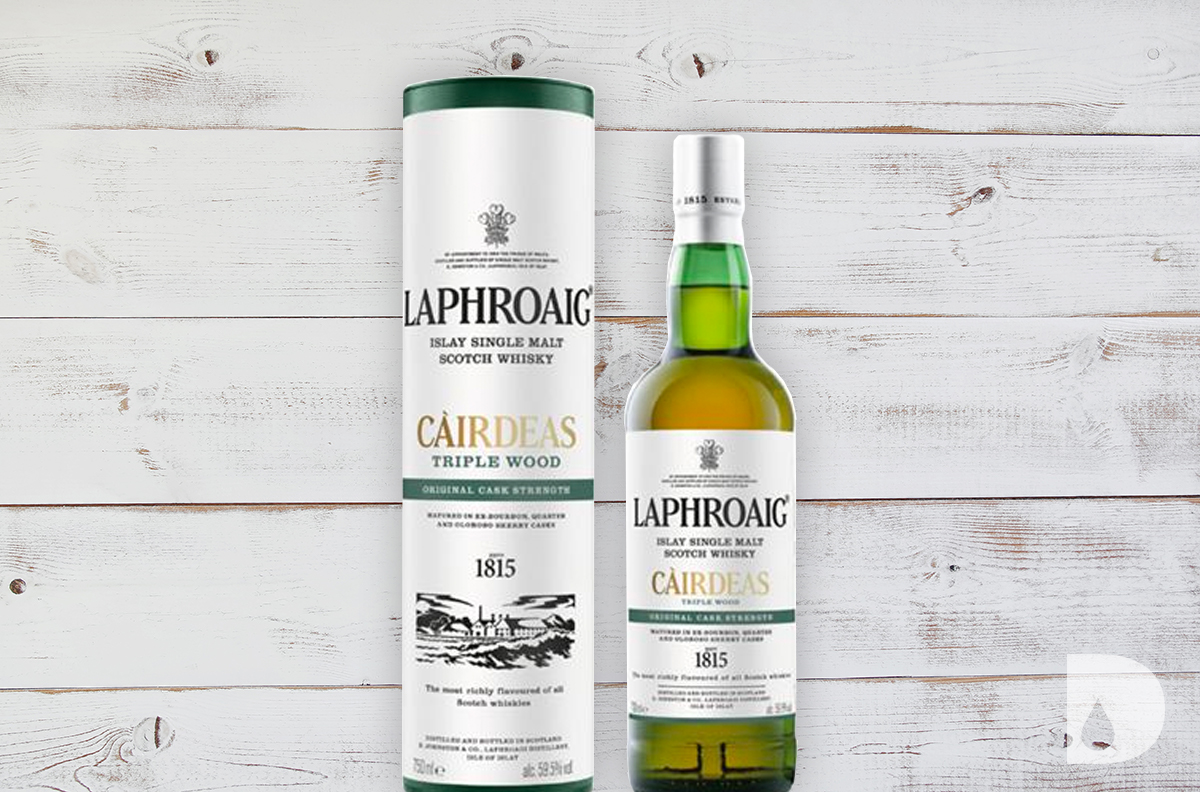 For this release, 36,000 bottles will be available at a cask strength of 51.4% ABV without chill filtration. Bottles are now available online exclusively for the Friends of Laphroaig. Visitors to the Laphroaig distillery during Islay Festival 2019 will also be able to purchase a bottle. 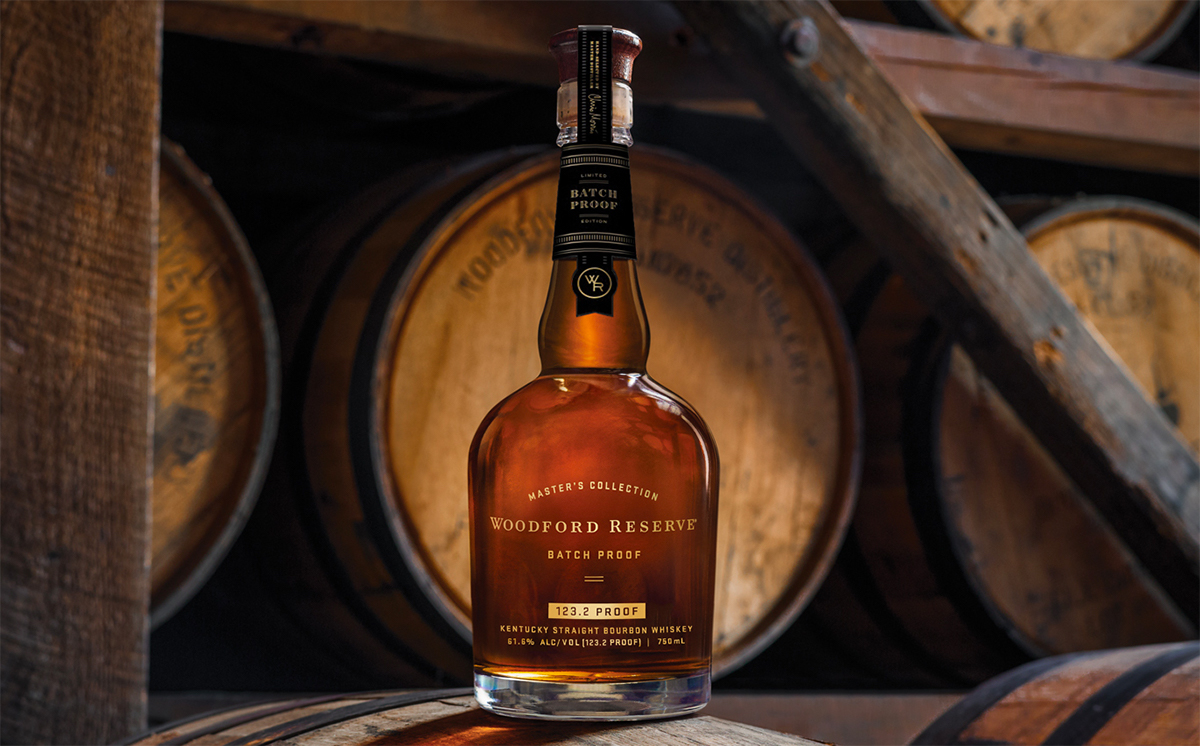 Batch Proof celebrates Woodford’s batching process of blending barrels then presenting the whiskey at actual proof. This year that proof is 123.2, or 61.6% ABV.

Booker’s Bourbon Batch 2019-02 “Shiny Barrel Batch” is the second batch release in the brand’s 2019 collection. The name is an ode to a time when distillery workers used to sneak tastes of whiskey directly from aging barrels using plastic tubing known as mules. Leaning over the barrel their stomachs would rub up against it, “shining” it. The shinier the barrel, the better the bourbon.

Most of the time the shiniest barrels came from the center of the rackhouse where the humidity levels and temperature were just right. To this day, Fred Noe still ages Booker’s Bourbon in the middle floors of the rackhouse. 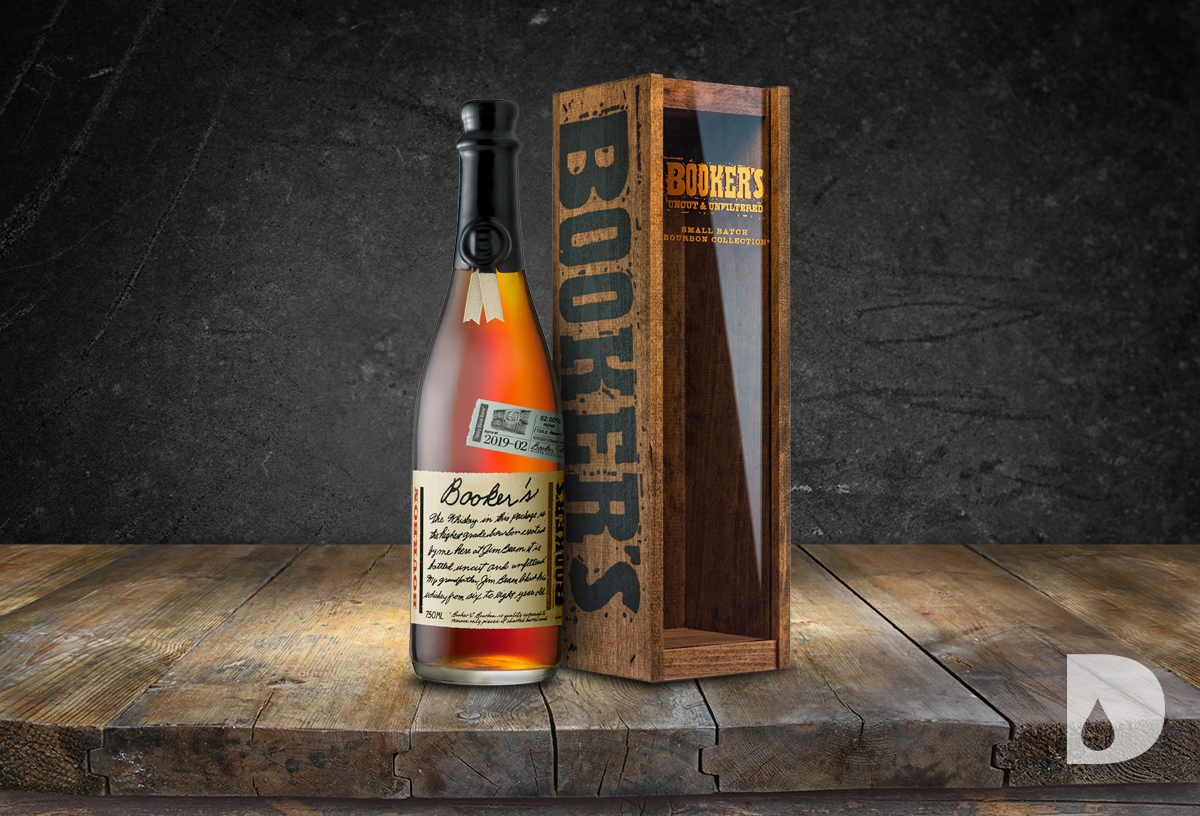 Booker’s Bourbon Batch 2019-02 “Shiny Barrel Batch” is 124 proof / 62% ABV and aged for 6 years, 5 months and one day. As with all of the Booker’s batch releases this is uncut, unfiltered and highly limited in availability.

Back in 2018 Nicole Austin joined the Cascade Hollow Distilling Company, the producers of George Dickel, as the new general manager and distiller. Now she’s tried her hand at producing a bonded whisky with George Dickel Bottled In Bond Tennessee Whisky 13 Year. This marks her first non-flagship release since joining the company. 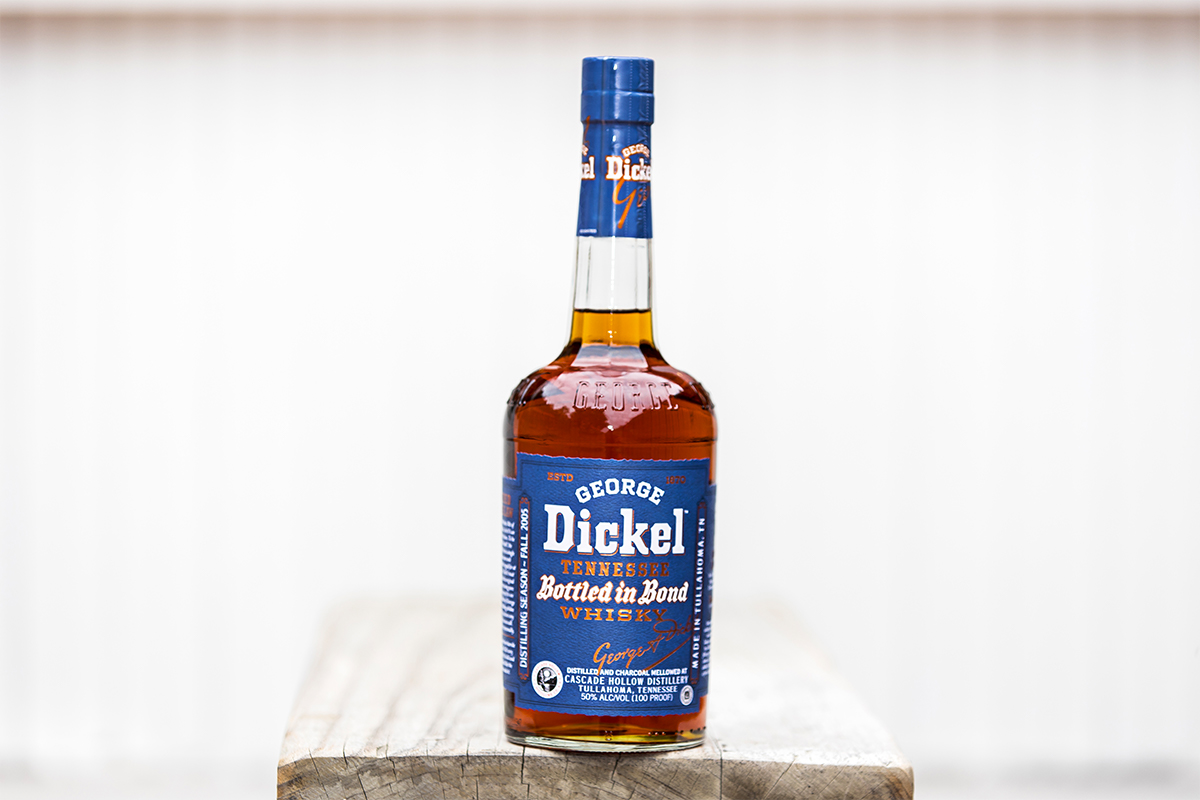 This whisky is available at 50% ABV and carries a SRP of $35.99. It makes its debut in the Bottle Shop at Cascade Hollow Distilling Co. on Friday, May 17th, 2019. Following the release, it will roll out to retailers around the United States later in May.

It has a mashbill of 84% corn, 8% rye and 8% malted barley, and is chill charcoal mellowed just like George Dickel No. 12 and their other Tennessee whiskies. 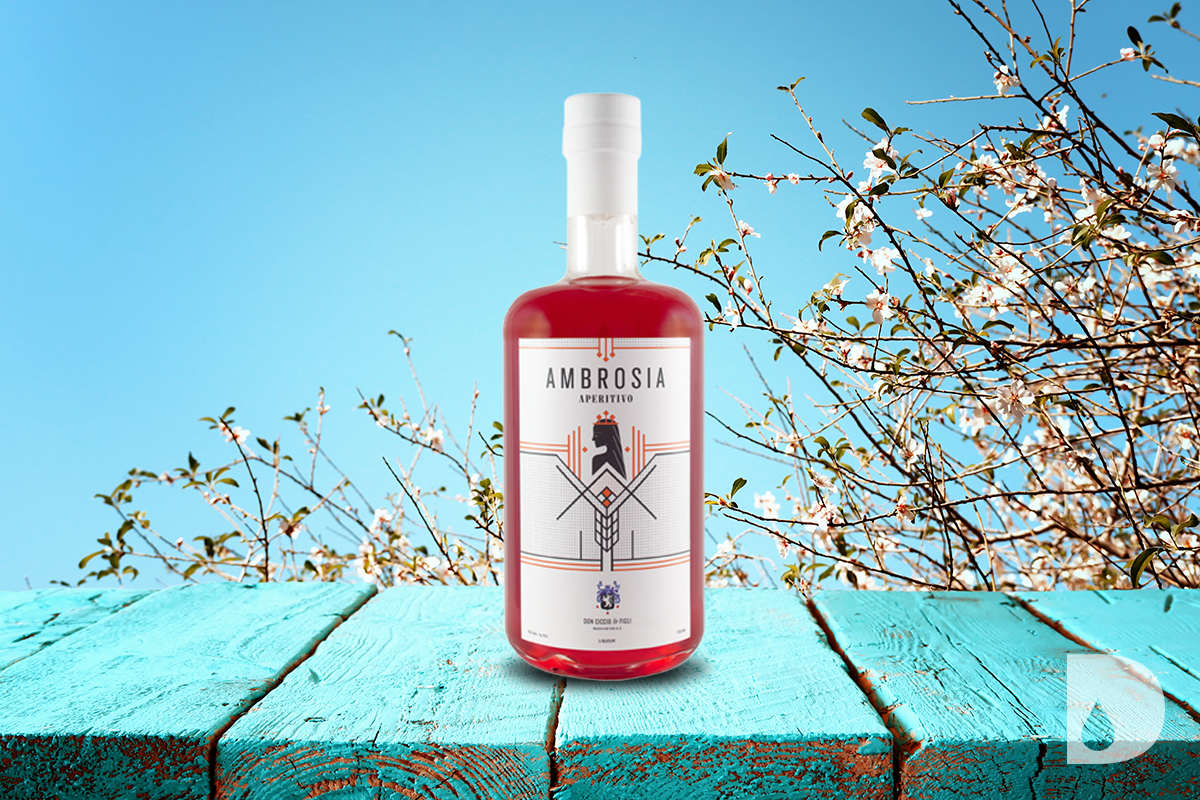 “The launch of Ambrosia is truly a celebration of rebirth and of the intersection of Old World and New,” says Francesco Amodeo, president and master distiller. “Ambrosia, like our other products, is a classic family recipe brought back to life for drinkers to enjoy in today’s modern world.”

Don Ciccio & Figli is also opening a new distillery, complete with a tasting room and bar (Bar Sirenis). The new distillery is located in Washington D.C. and sits in “Distillery Row.”