This week we got news of some upcoming releases as well as news regarding a massive surge in online spirits sales. Whether it’s from folks stockpiling, taking this time to build up their home bars, or transitioning from drinking at bars to drinking at home, online sales of spirits are absolutely booming. Then, if you’re mourning the postponement of the Kentucky Derby this year, Old Forester is going to help make it all better. Next, as far as new releases go, Michter’s 10 Year Single Barrel Kentucky Straight Bourbon (2020 Release) hits shelves in May 2020. Then, Corsair rolled out a complete makeover of its entire core lineup of spirits. Finally, there’s a new limited-edition Havana Club, and Luxardo is bringing its London Dry gin to the United States. We also share what we know about some exciting releases that have yet to be announced. Let’s get to it.

Market research firm Nielsen is reporting a 400% increase in online alcohol sales over the past two weeks across the United States, with the fastest rate of growth coming from the spirits sector. This trend, obviously driven by the COVID-19 epidemic, is notably causing people who normally purchased spirits at bars or restaurants to transition to delivery or pick up from liquor stores.

Across the United States, and the world, liquor stores are grappling with an increase in demand but a decrease in foot traffic. For many stores, the move towards e-commerce and attracting new shoppers is a necessity as foot traffic has decreased. Many liquor stores across the US already operated e-commerce stores prior to the COVID-19 pandemic, while many others are now opening up web stores for the first time in an attempt to make up for lost in-person sales. 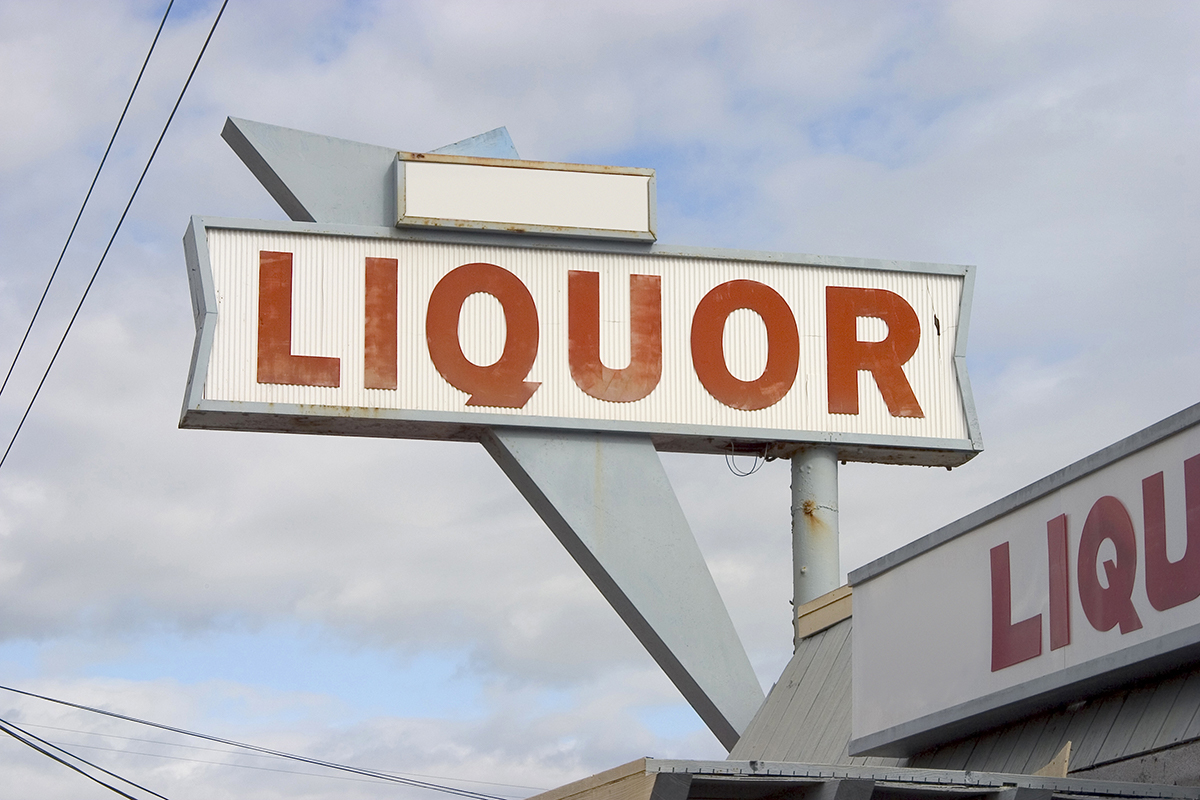 Though the Kentucky Derby has been postponed for the second time in history, it doesn’t mean that we can’t still celebrate with a Mint Julep. The Derby was originally supposed to run this weekend, on May 2nd. In its place, Old Forester has announced that it will run something else entirely.

On Saturday, May 2nd at 7PM Eastern time, Old Forester’s YouTube channel will host the Kentucky Turtle Derby. Eight turtles will face off for what is sure to be the slowest race in sports. NBC’s Triple Crown announcer Larry Collmus will even call the race.

Additionally, Brown-Forman plans to match dollar-for-dollar every donation to the Hospitality Industry Emergency Relief Fund up to $100,000. 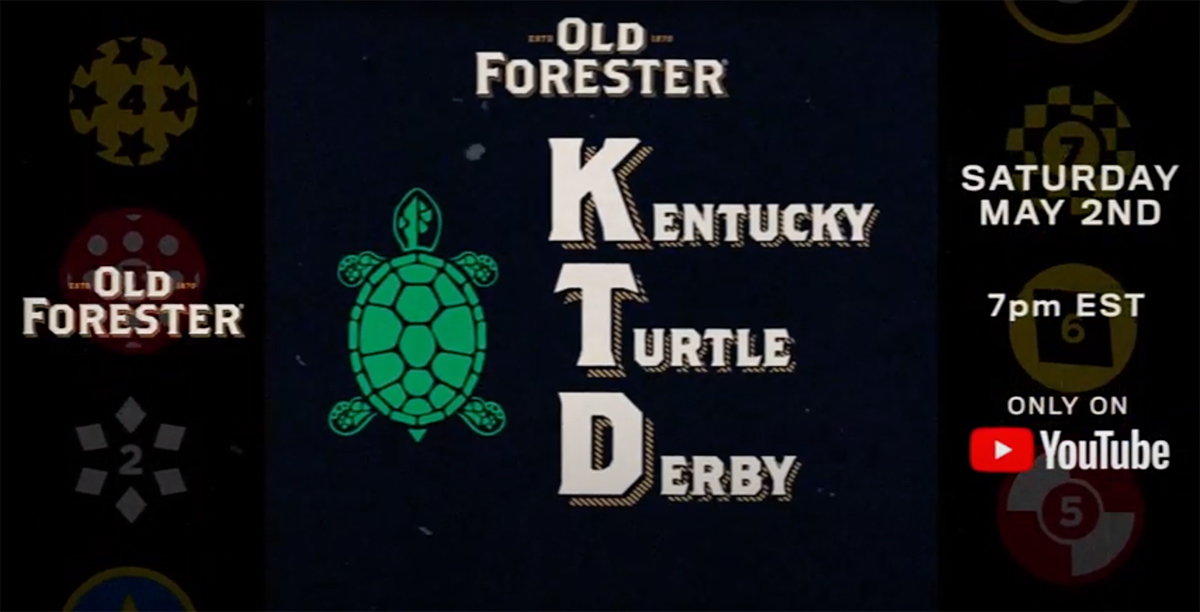 Each single barrel is bottled at 94.4 proof and has a suggested price of $130. 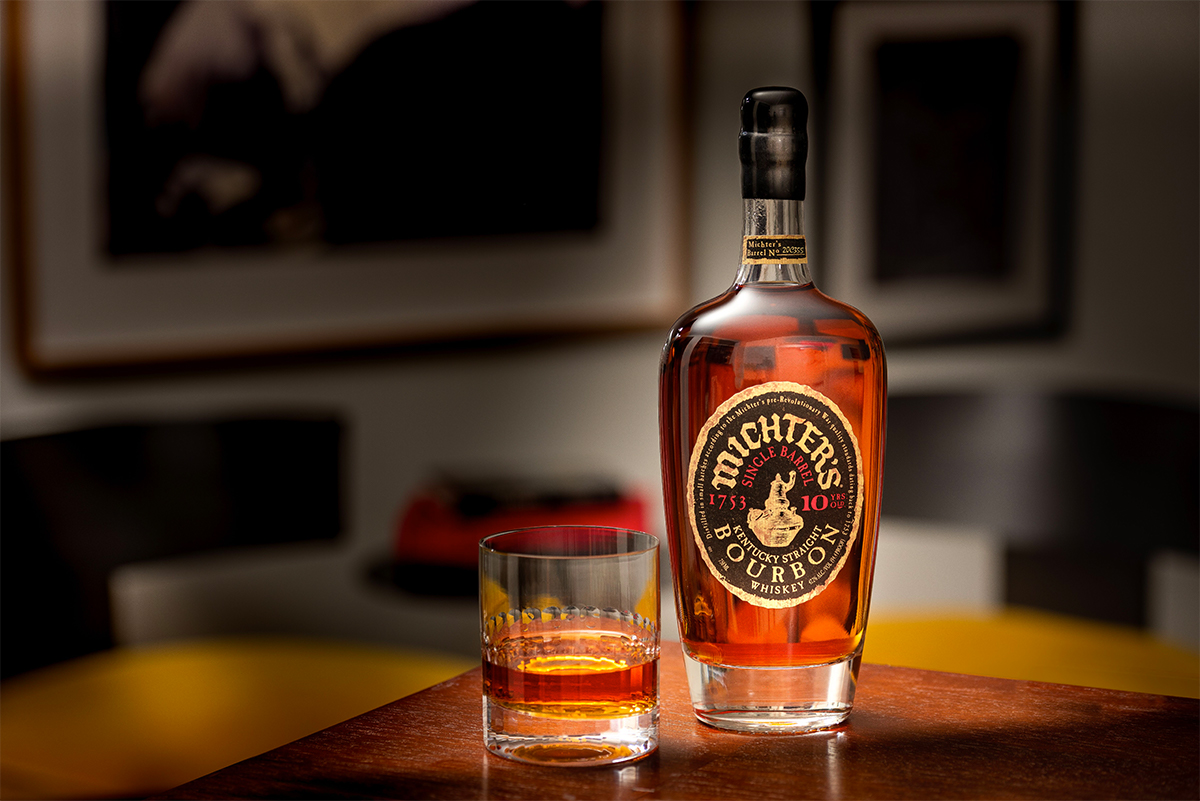 Nashville-based Corsair Distillery has given its core lineup a brand new look along with some name changes and recipe tweaks. The bottles are now taller and the labels have all undergone a redesign. First, Corsair Triple Smoke has been renamed Corsair Triple Smoke American Single Malt, though the recipe remains the same. Corsair Ryemageddon, previously bottled at 90 proof, has been re-named Corsair Dark Rye and the proof has been dropped to 85 proof. 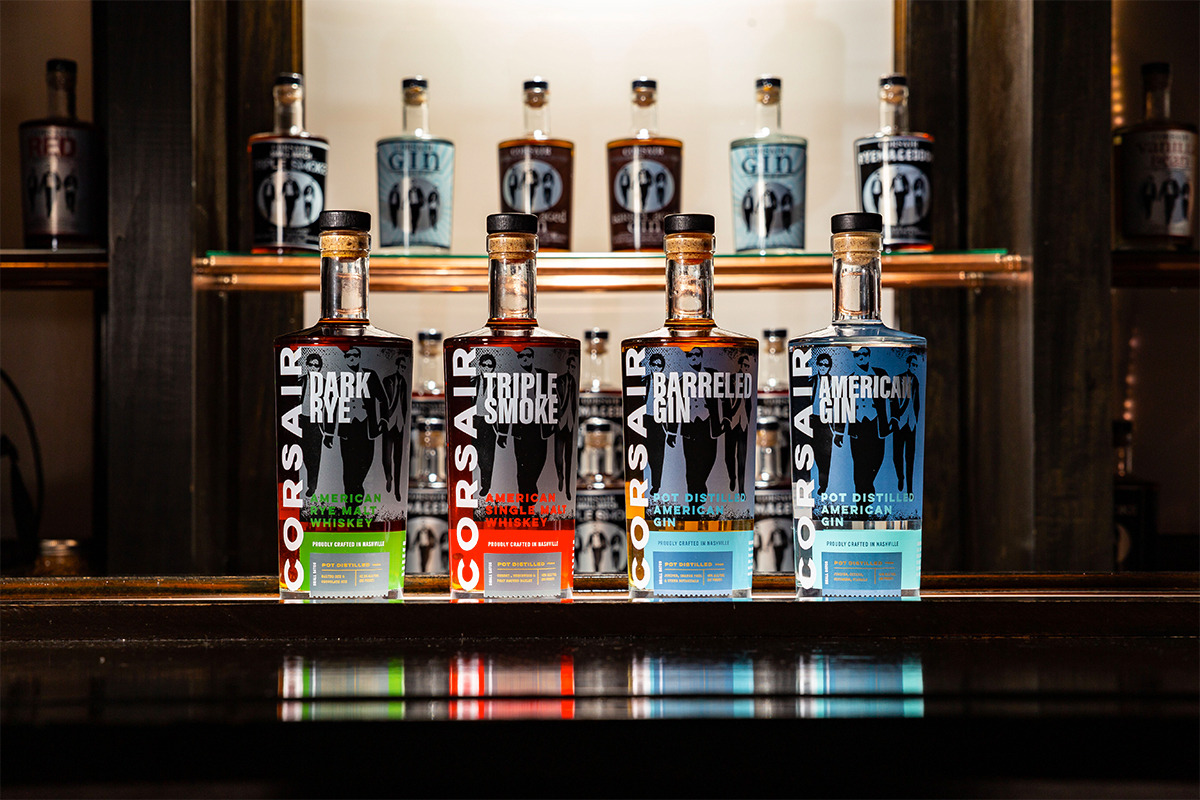 Havana Club Tributo 2020 is the fifth release in the limited-edition Tributo rum series. Only 2,500 bottles will be released globally. For the 2020 release, Master of Cuban Rum Asbel Morales chose small quantities of reserves from previous Tributo releases which were left to continue maturing.

Those reserves were then blended with rum from a batch of 100 exclusive casks that were never commercially released to produce the final product. 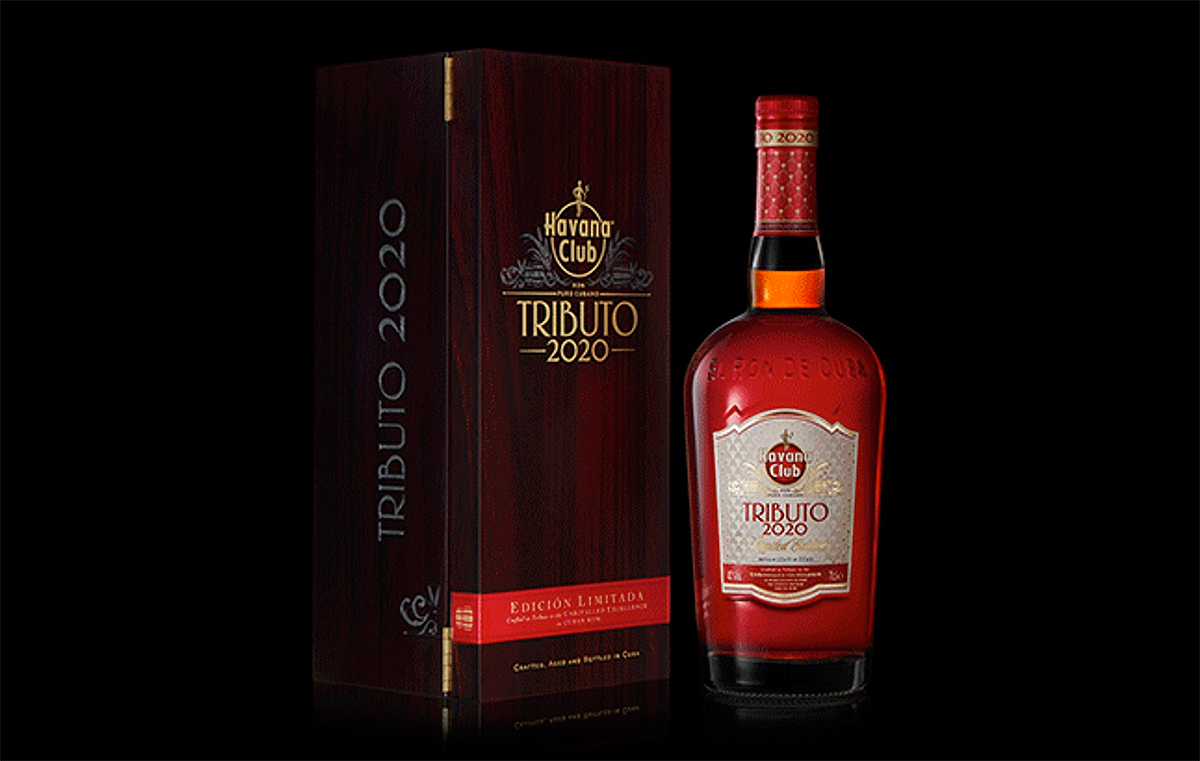 Though Luxardo is best known for its Maraschino Liqueur and cherries, the brand also produces a number of other liqueurs and gins. Now, the brand is bringing Luxardo London Dry Gin to the United States starting in summer 2020. Luxardo London Dry Gin is juniper-forward and uses eight other botanicals including: coriander, iris, angelica, sedge, licorice, cinnamon, cardamom and bitter orange.

The botanicals are infused for 24 hours in copper pot stills prior to distillation, then refined for 19 days. Finally, the gin is diluted to 43% and bottled. Luxardo London Dry Gin has a suggested price of $35 per 750ml bottle. 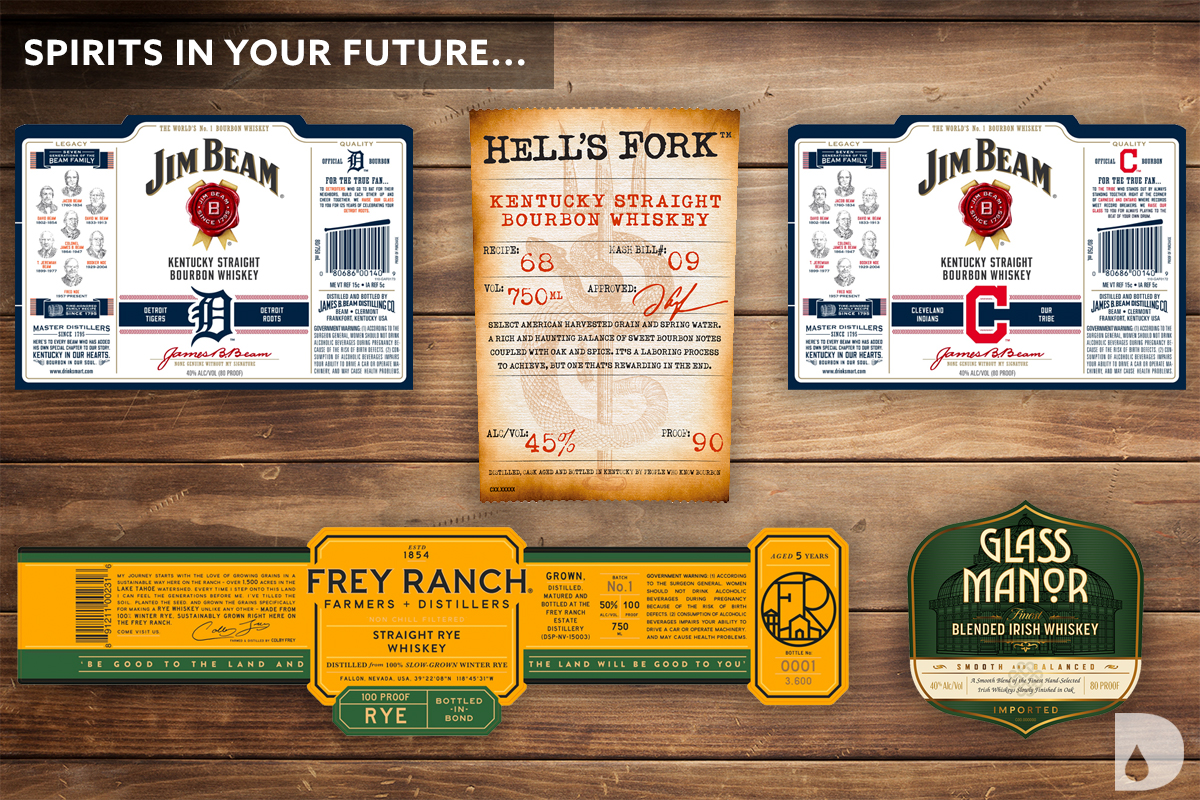 While Bowmore has released 30-year-old whiskies in the past, this does not appear to be a single year vintage like the famed Sea Dragon.

Though Whistlepig has released 10 year rye whiskeys in the past, this appears to be a new limited-edition blend of straight rye whiskeys—not to be confused with PiggyBack.

What we know: It’s a limited-edition rye whiskey bottled at 50% ABV, aged 10 years.

What we know: This Kentucky Straight Bourbon Whiskey is bottled at 45% ABV.

Frey Ranch is a grain-to-bottle distillery based in Nevada. This release follows Frey Ranch Straight Bourbon which debuted in Spring 2020.

What we know: Made from 100% Winter Rye in Nevada, it is non-chill filtered and bottled at 50% ABV.

What we know: Produced in Ireland but bottled in Louisville, KY, it is a blend of Irish whiskeys bottled at 40% ABV.

When you’re on the hunt for Michter’s 10 Year Single Barrel Kentucky Straight Bourbon (2020 Release), we’ve got you covered.