Before we begin the holiday weekend, we’ve got a few new whiskey releases to tell you about. First, Buffalo Trace Distillery is releasing Weller Single Barrel Bourbon as a limited edition. Best of luck on getting your hands on this one. Next, Redbreast announces its latest Dream Cask Edition. Also, it seems that we have a new celebrity whiskey launch to share with you. Sweetens Cove hopes to please both bourbon and Peyton Manning fans.

In addition to the new releases, this weekend should have marked the beginning of Islay Fest. While distilleries have had to cancel the week-long event, many have added virtual tastings and events to their social media pages. We’ve got the details below for those who would like to participate. Without any further delay, let’s get on to the Friday Roundup for May 22, 2020!

“Many of our Weller fans have been asking for a single barrel bourbon for quite a while, and we’ve planned for this addition for a number of years, so we’re excited to be able to make this happen,” said Joshua Steely, marketing manager, bourbon at Buffalo Trace. “Our rye bourbon mash bill has a variety of options, like Buffalo Trace, Eagle Rare, Stagg Jr., George T. Stagg and E.H. Taylor, Jr. bourbons, so it’s nice to be able to offer some variety in our wheated bourbon mash bill as well.”

Bottled at 97 proof, the SRP is $49.99. Congratulations to anyone who can find a bottle at this listed price. 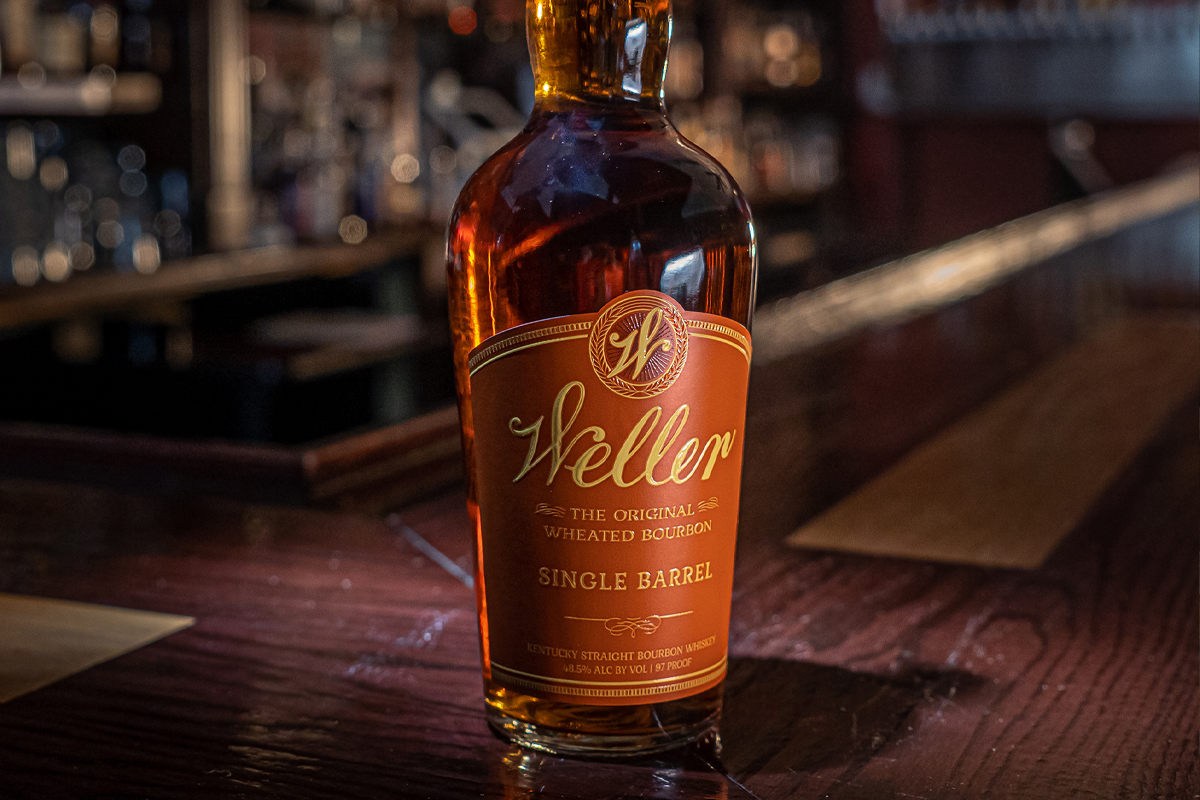 This whiskey was announced on World Whisky Day 2020, as has become tradition. To create this Dream Cask Edition, Master Blender Billy Leighton and Blender Dave McCabe used four single pot still whiskeys. They were aged for a minimum of 28 years in a combination of ex-bourbon, oloroso sherry, and ruby port casks. They were then married and recasked into a single ruby port pipe. Bottled at 51.5% ABV.

Redbreast Dream Cask Ruby Port Edition will be available exclusively through an online ballot hosted on Redbreast’s private members’ club, The Birdhouse. The ballot will be live from 15:00 (GMT+1) on Monday, May 25th until 14:59 (GMT +1) on June 2nd when successful participants will be given an opportunity to purchase a 500ml bottle for €490/~$537. 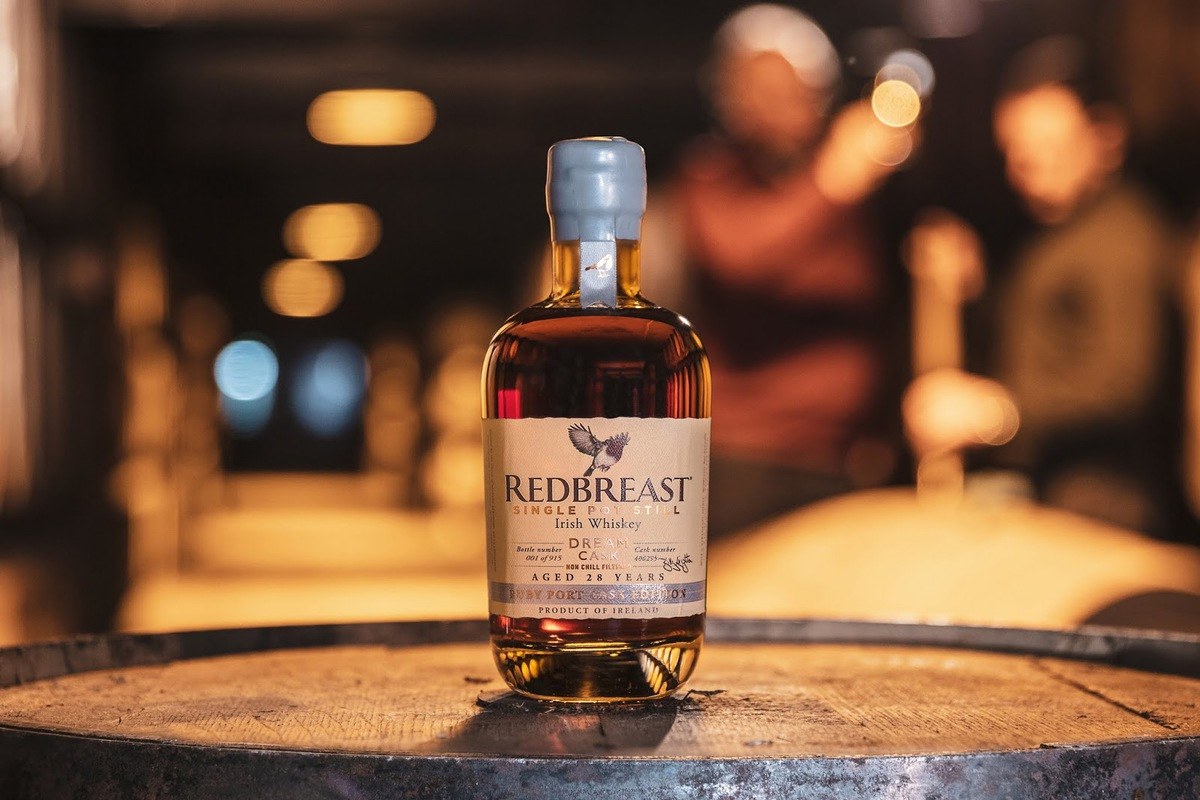 Sweetens Cove is a nine-hole golf course which opened in 2014 just outside of Chattanooga, Tennessee. Athletes Peyton Manning and Andy Roddick are among the owners of the course and the whiskey brand. To create Sweetens Cove 13 Year Tennessee Bourbon, the brand hired Master Distiller Marianne Eaves to handle the blending and batching of 100 barrels of 13-year-old Tennessee bourbon. After blending and batching, she’d created 14,000 bottles.

Bottled at cask strength, the ABV and flavor profile will vary between batches. The brand will start by selling 500 bottles to residents of Tennessee with plans to expand to Georgia and other markets. SRP $200. 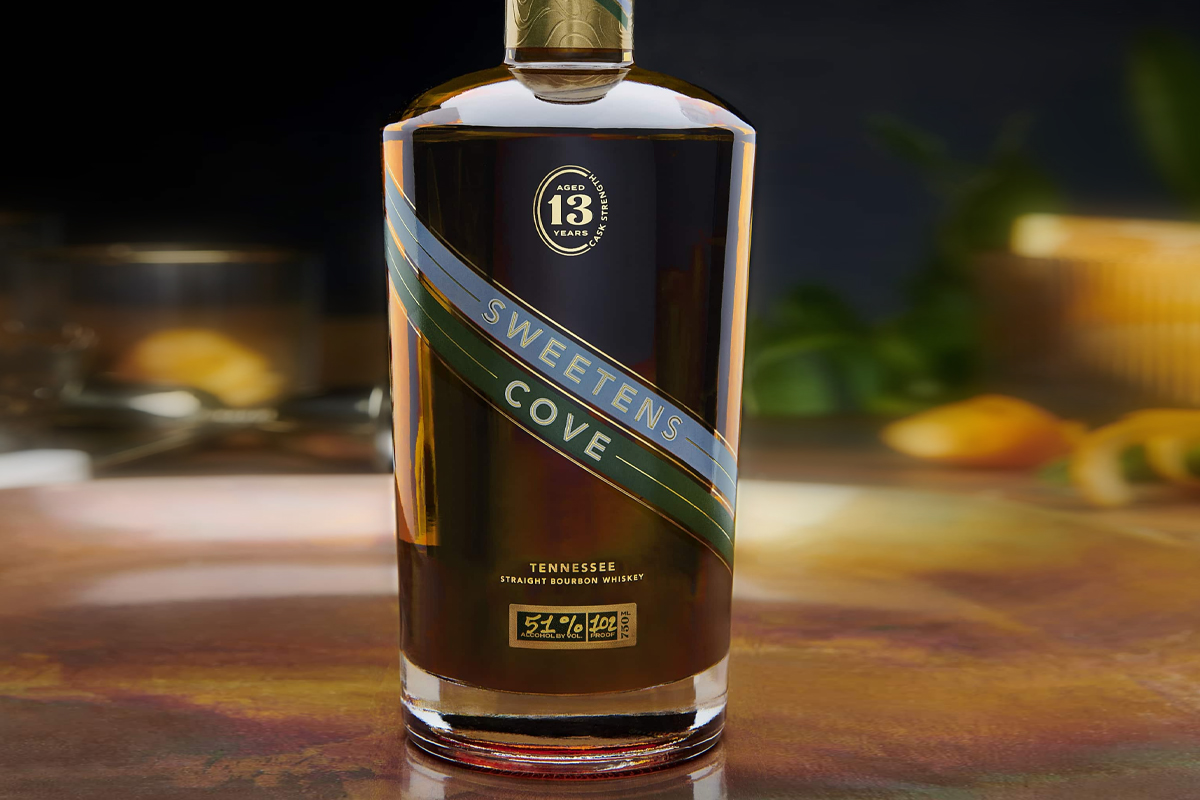 The Epicurean is Douglas Laing & Co.’s Lowland blended malt brand. The Epicurean Cognac Finish is the latest release in the Wood Finishing series following the Côte-Rôtie cask finish released in 2019. For this release, two cognac single casks were used to finish the blended malt. No color was added and the blended malt was bottled without chill-filtration at 48% ABV with an SRP of £59.99/~$74. 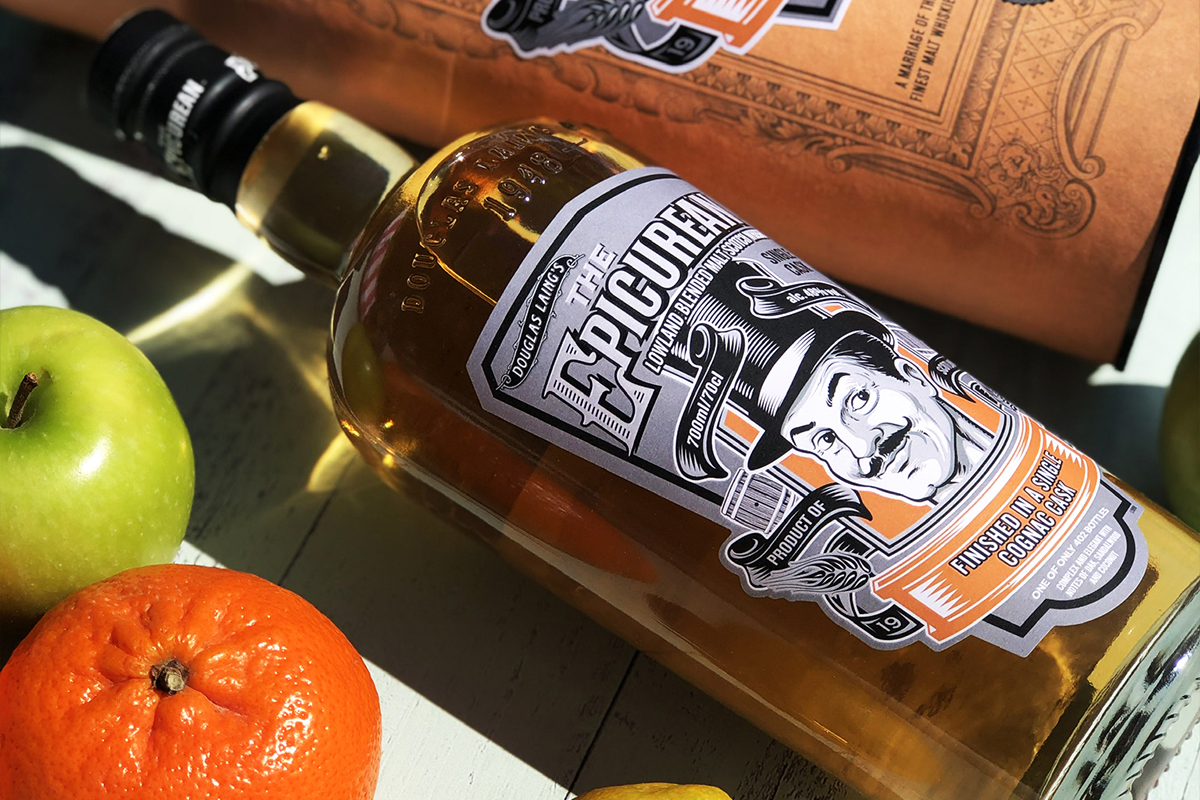 This Sailor Jerry Limited Edition Collectible Bottle, featuring a bald eagle, commemorates the ongoing partnership that the rum brand has with the United Service Organizations (USO). Since the partnership began in 2016, Sailor Jerry has raised $1 million and the brand has added another $150,000 donation this year.

Sailor Jerry Rum is a 92-proof rum named after Norman “Sailor Jerry” Collins (1911-1973), a Navy veteran. Collins tattooed other sailors and soldiers during the WWII-era at his tattoo shop in Honolulu, HI. The limited edition bottle will be available just before Memorial Day 2020 and be sold in the US all summer long with an SRP of $14.99.

Tomorrow should mark the beginning of Fèis Ìle, the Islay Festival of Music and Malt. Held during the last week of May, all distilleries on the island typically hold events during the festival ranging from live music to tours, whisky tastings and master classes. However, with the ongoing pandemic, events around the world have been cancelled including this one.

That said, a number of Islay distilleries are holding virtual events instead. In addition, several will still have Fèis Ìle limited edition bottlings to sell, although some have been delayed. If you can’t join in on the virtual sessions, that shouldn’t stop you from drinking one of its drams at home. Sláinte! 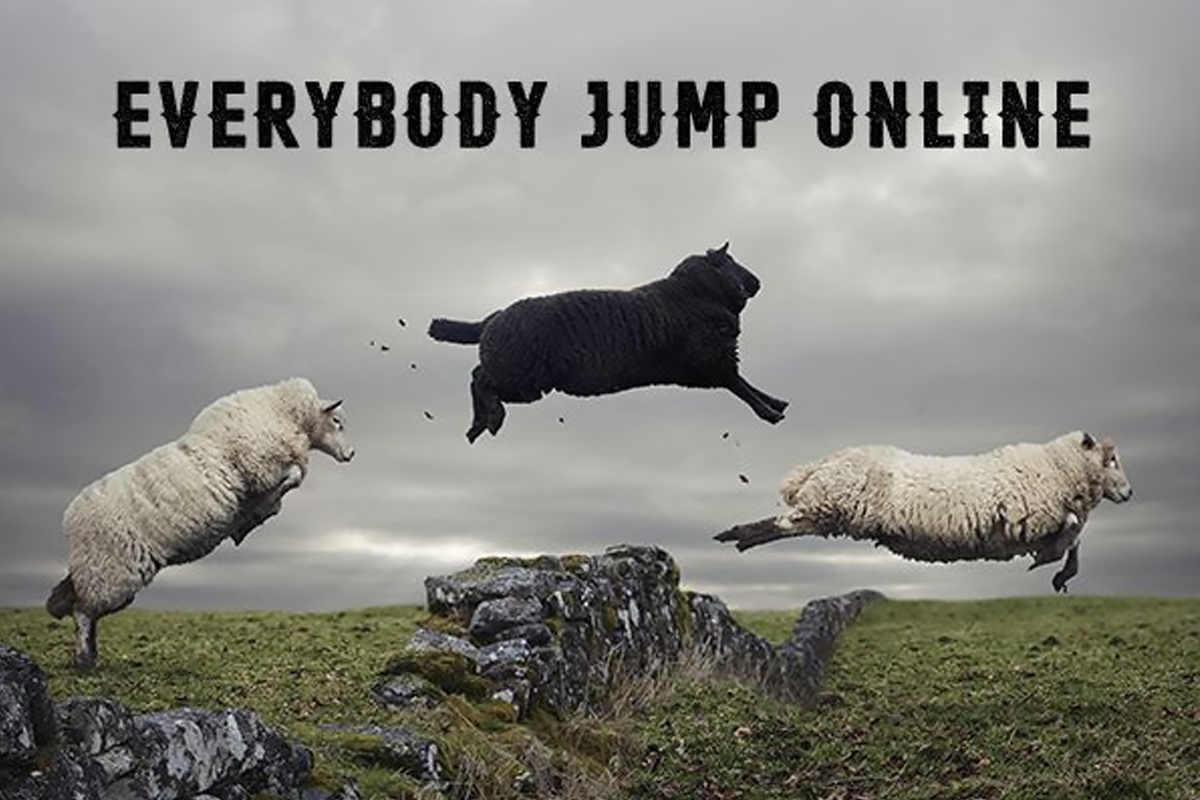 As is tradition, Lagavulin kicks off the festival and that’s the same this year. Lagavulin will be hosting a Virtual Fèis Ìle on the Friends of Classic Malts Facebook page beginning at 18:00 BST. Stories about Islay life, distillery happenings, whisky tastings and cocktail ideas await you.

Like its sister distillery Lagavulin, Caol Ila will also host a Virtual Fèis Ìle on the Friends of Classic Malts Facebook page. Beginning at 18:00 BST, the brand will tell stories about the whisky and feature whisky tastings and cocktail demonstrations.

Join Distillery Manager John Campbell and US Ambassador Simon Brooking for #LaphroaigLive. The pair will be holding on-line tastings of Laphroaig 10 Year, Quarter Cask and Lore. Also, if you have any lingering questions, make sure to submit them during the event so they can answer them for you. Just sign up here to register for the event.

Bowmore will host a whisky tasting with Master Distiller David Turner, along with virtual distillery tours, live music and more. Sign up on the brand’s website to receive more details.

Kilchoman will host its online Fèis Ìle with events beginning at 12:00 BST on its Facebook and Instagram pages. The production of its whisky will be broken down into hourly increments beginning with the barley and going all the way through bottling. Then beginning at 18:00 BST/13:00 EDT three Live Tastings will be held featuring Kilchoman’s core range (Machir Bay, Sanaig, Loch Gorm 2020, and 100% 9th Edition); Barley & Yeast, and the 2020 Fèis Ìle bottling. Exact times for each event can be found here.

Bunnahabhain will host a Fèis-at-Home beginning at 10am with virtual distillery tours, as well as a virtual tasting featuring the two 2020 Fèis Ìle releases. The event will be held on the brand’s Facebook page so make sure to register to attend there.

The Ardbeg Blaaack Whisky Trials are named in honor of the rural tradition of sheepdog trials—a competitive dog sport where sheepdogs do what they do best: herd sheep. The brand intends to “herd” whisky drinkers to its Facebook page for a 2-hour event. Virtual tastings, games and entertainment await! Don’t worry if you have to miss the live event; the brand will host the Whisky Trials on its website, Instagram and YouTube page for later viewing.

While Committee Members had their version of Ardbeg Blaaack released in March, the 46% ABV Ardbeg Blaaack was due on shelves by June 1st. But due to the current circumstances that may be delayed. However, feel free to enjoy any Ardbeg bottle you have handy.

Trying to get your hands on Weller Single Barrel?