Unlike many of the weeks over the past couple of months, this week saw a huge number of new releases from around the spirits world. First up, The Balvenie The Edge of Burnhead Wood 19 Year is the latest single malt in the brand’s Stories collection. Then, Buffalo Trace announced news of a limited-edition Colonel E.H. Taylor Jr. Next, not to be stifled by the coronavirus, Bruichladdich is releasing a 16-year-old Port Charlotte as its Fèis Ìle bottling for 2020. Hotaling & Co. has a new Hirsch bourbon made using two bourbons sourced from MGP in Indiana. Finally, Templeton has a new barrel strength straight rye, also sourced from MGP. All that and more below, so let’s get started.

Introducing The Balvenie The Edge of Burnhead Wood 19 Year

This 19-year-old single malt is bottled at 48.7% ABV and will be available globally for a suggested price of $326 per bottle. As of May 2020, this is available in the UK with a US release date to be announced soon. 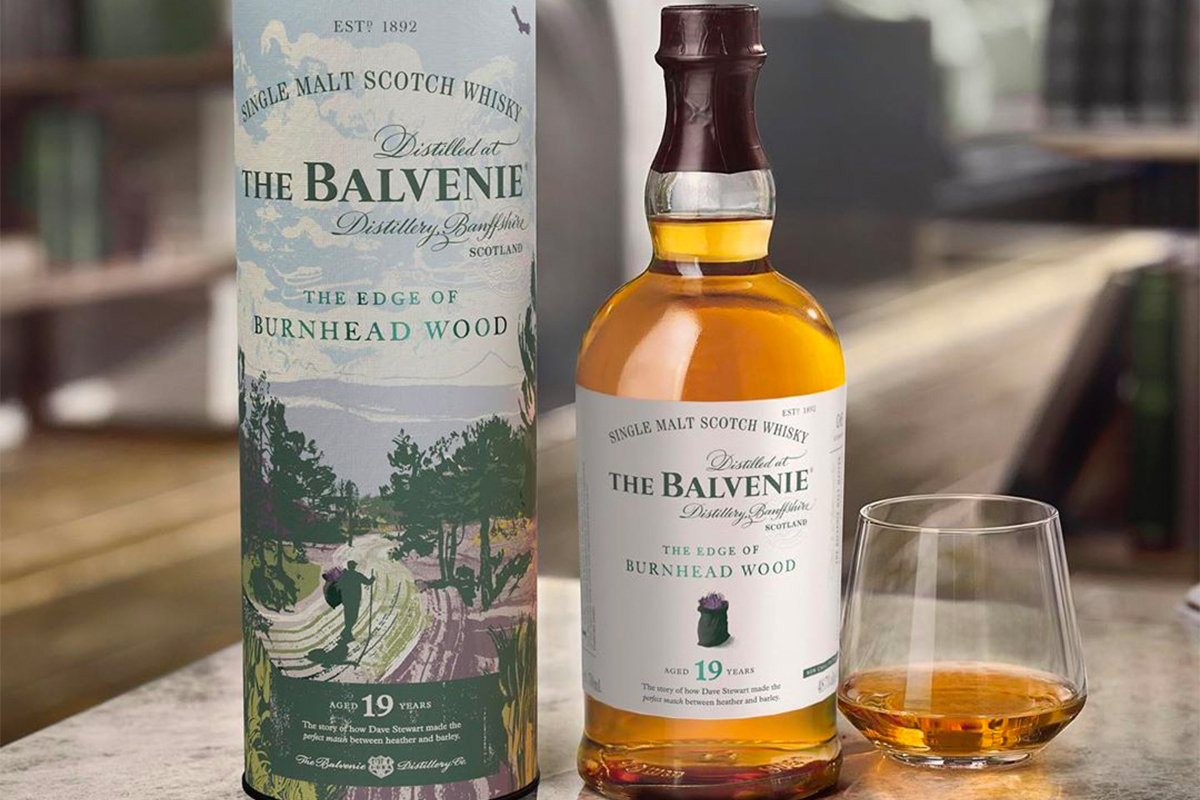 The Balvenie The Edge of Burnhead Wood 19 Year / Photo Credit: The Balvenie

This is a one-time limited-edition bottling, so while the official SRP is $69.99 per 750ml bottle, the price in-store, if you’re even able to find a bottle, will be several times that price. Colonel E.H. Taylor, Jr. 18 Year Marriage Bottled in Bond is bottled at 50% ABV and is available starting in June 2020. 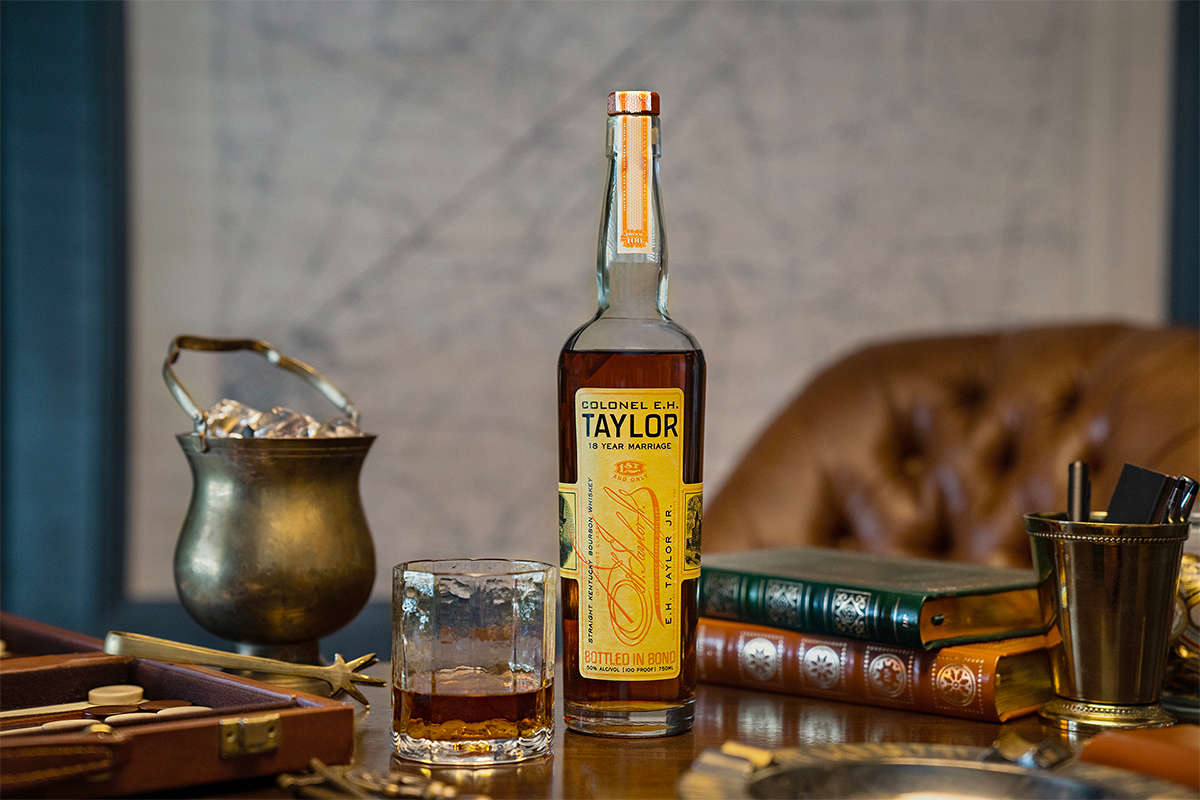 The 2020 Islay Fest, or Fèis Ìle, was originally scheduled to begin on May 23rd. The annual festival celebrating all things Islay is always accompanied by special releases from the island’s distilleries. The festival, like so many events worldwide, was cancelled due to the coronavirus pandemic. As businesses began closing down, so too did the bottling hall at Bruichladdich, which had yet to bottle the whisky intended for release during Islay Fest. There would be no Bruichladdich Islay Fest release in 2020, it seemed.

Rather than admit defeat, Bruichladdich turned to another whisky which was already bottled. Port Charlotte 16 Year is the oldest Port Charlotte whisky released to date. It is a heavily peated single malt that was distilled in 2003 using Scottish barley. The spirit was split into three separate parcels for maturation. The first was initially placed into refill hogsheads, then recasked in 2012 into first-fill bourbon casks. The second was placed into first-fill bourbon casks, then recasked in 2013 into ex-Sauternes casks. Finally, the third was filled into a variety of casks, including ex-sherry, ex-bourbon and virgin oak.

The bottle carries no mention of Fèis Ìle, but Bruichladdich is calling this its Fèis Ìle bottling. Only 3,000 bottles of this 55.8% ABV whisky were released as a web exclusive from the brand with ballots to purchase quickly snatched up. Congratulations if you were able to grab a bottle! 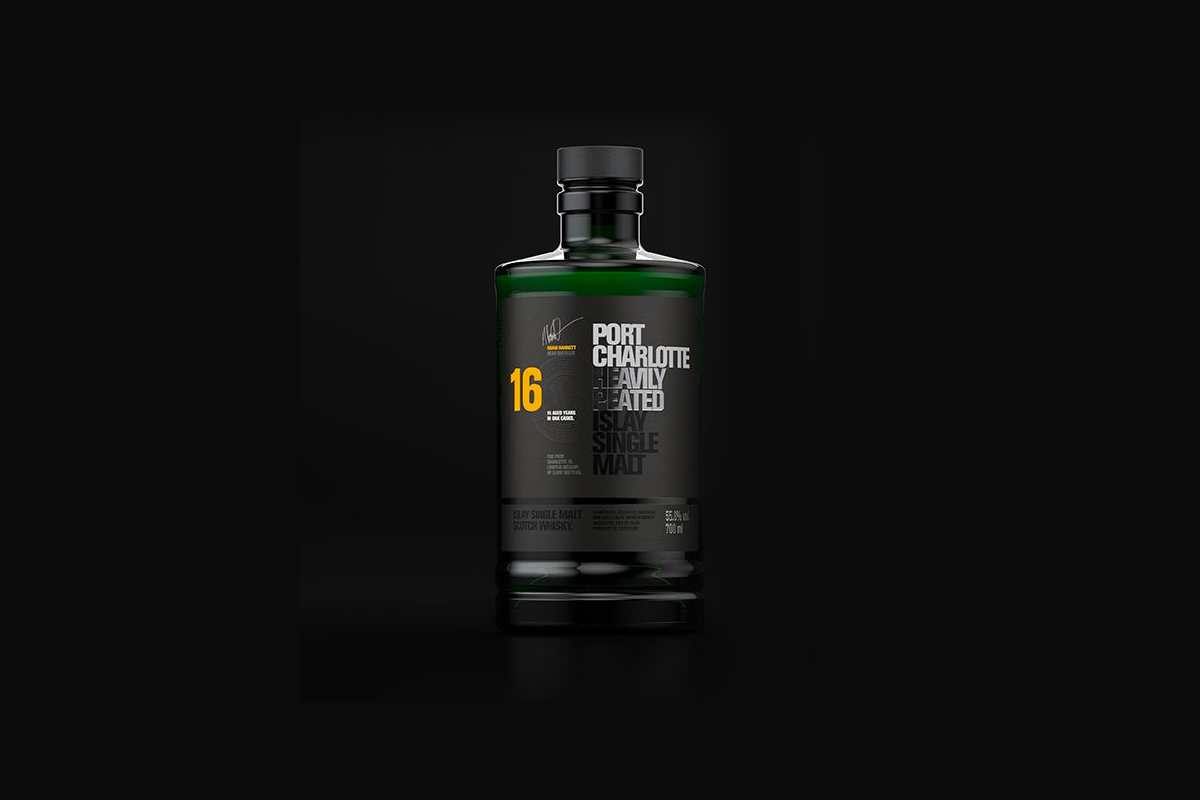 Hirsch The Horizon is a brand new release from Hotaling & Co. made up of two bourbons sourced from MGP in Lawrenceburg, Indiana. The first part of this blend makes up 94% of the final product. It is made from a mash bill of 75% corn, 21% rye and 4% malted barley, then aged for 5 years and 4 months. The second part of the blend is a high-rye mash bill bourbon aged for 6 years and 2 months.

Hirsch The Horizon Straight Bourbon (Batch AAH0320) is bottled at 46% ABV and will be available in select markets starting in summer of 2020 for a suggested price of $39.99. 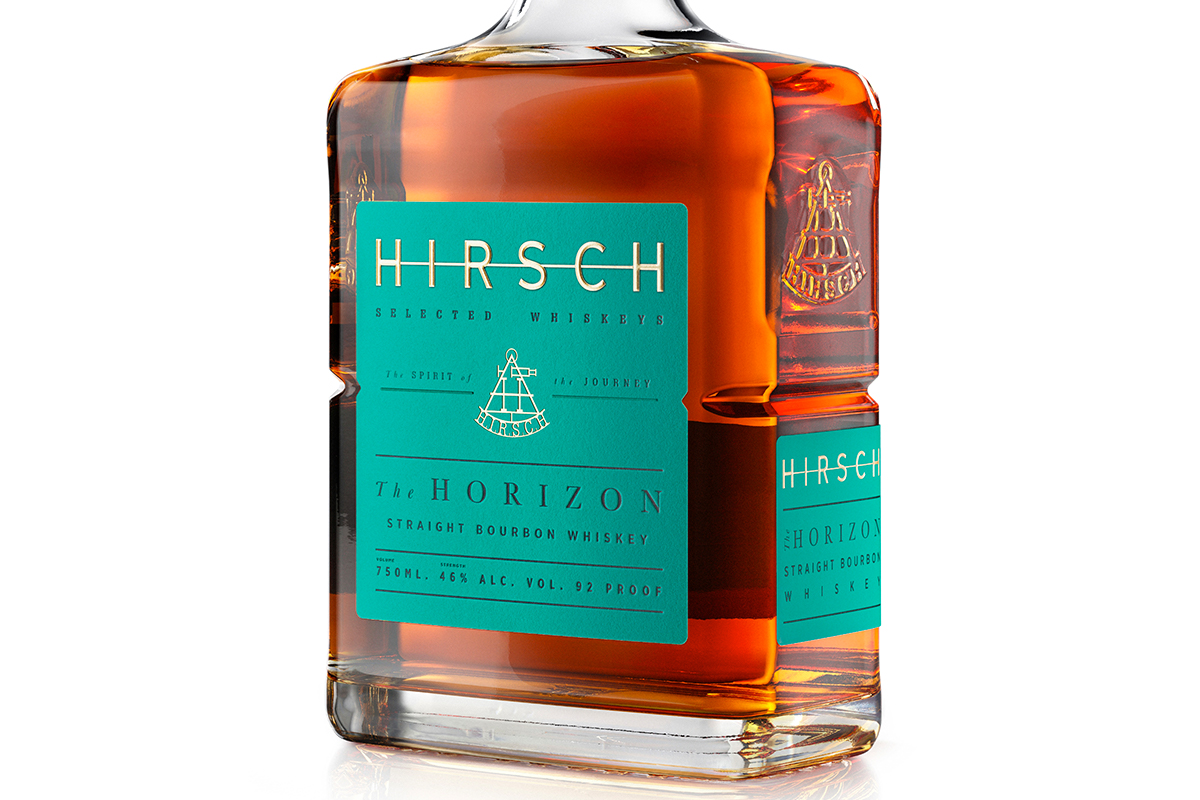 Templeton Rye Barrel Strength Straight Rye (2020 Edition) is the latest release from Templeton, and is the third barrel strength straight rye from the brand. This rye whiskey was sourced from MGP in Indiana and has a mash bill of 95% rye and 5% malted barley. The barrels were hand selected by Templeton’s distillery manager Lester Brown, who also married and vatted the whiskey.

This rye whiskey is non-chill filtered and bottled at 113.1 proof. It is available in the United States and select international markets including the European Union as of May 2020 with a suggested price of $59.99 per 750ml bottle. 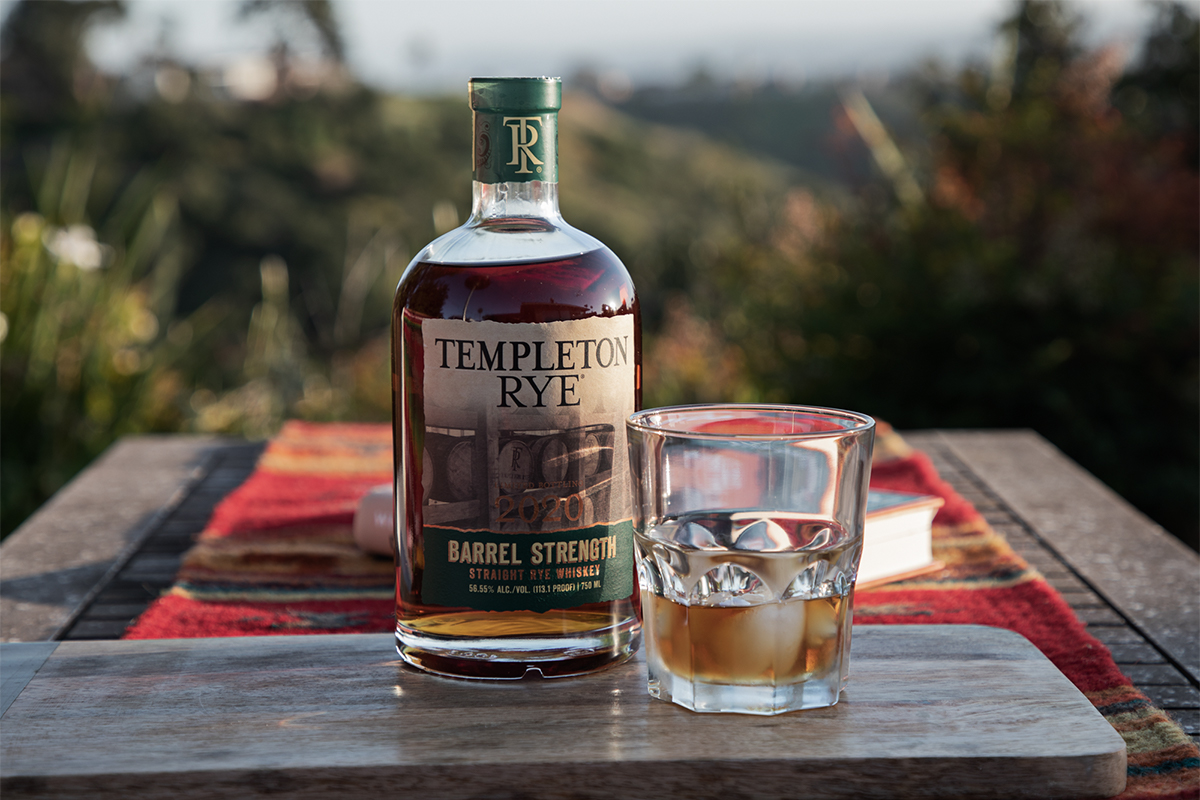 Balcones Texas Bock is a limited release made in partnership with Spoetzl Brewery, the makers of Shiner Beer. Balcones made this whisky using the exact brewers mash bill recipe used to create Shiner Bock Beer, along with the same lager yeast strain. The mash bill includes over 51% malted barley and aged in first-fill American oak barrels for at least two years, qualifying this as a straight malt whisky.

It is bottled at 50% ABV and has a suggested price of $39.99. Availability, however, is limited to Texas and Oklahoma. 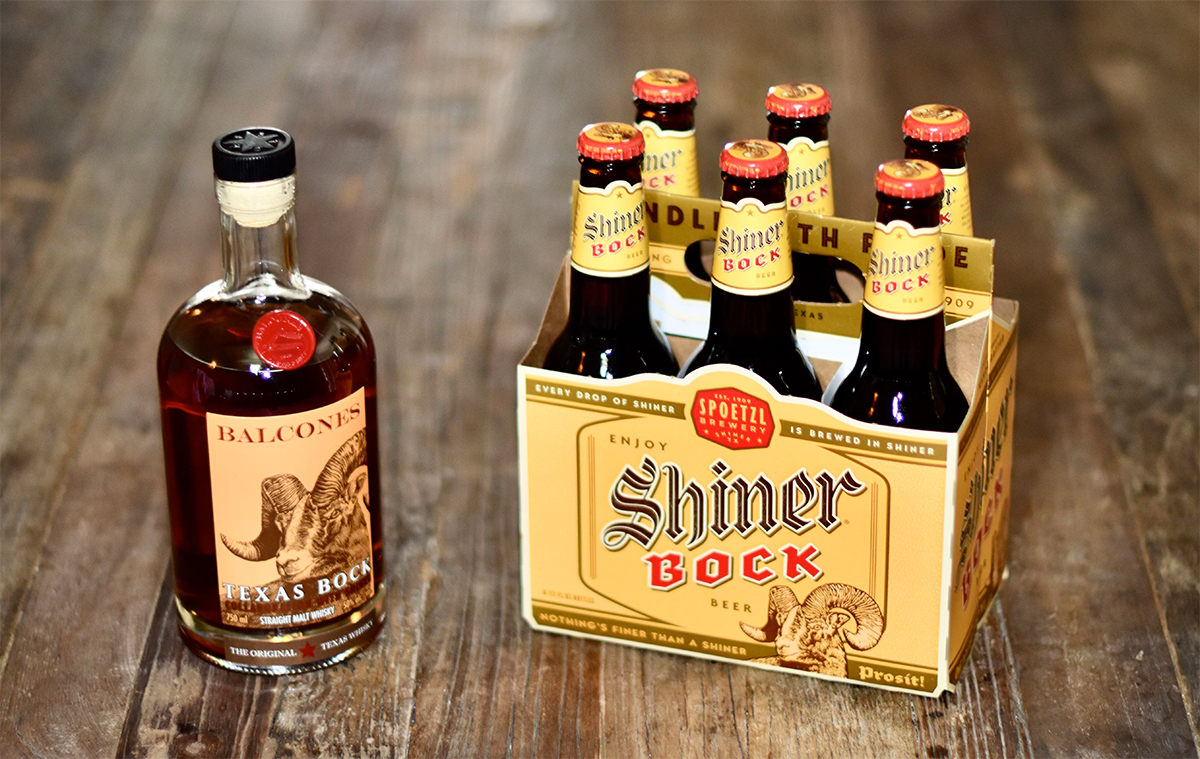 Chicken Cock Ryeteous Blonde Beer Barrel Finish Rye is another limited release from Chicken Cock. The brand collaborated with Goodwood Brewing in Louisville to create this rye. It started as a Kentucky straight rye with a mash bill of 95% rye and 5% malted barley, then finished in barrels that previously aged Goodwood Brewing Blonde Ale. Only 1,428 bottles were produced. It non-chill filtered, bottled at 45% ABV, and has a suggested price of $89.99.

Heaven Hill announced that both Elijah Craig and Larceny will release their second barrel proof batches of the year. Elijah Craig Barrel Proof Bourbon Batch B520 is bottled after 12 years of aging. It is bottled at 63.6% ABV. Larceny Barrel Proof Bourbon Batch B520 is made up of a batch of wheated Kentucky straight bourbon that aged for 6-8 years. It is bottled without chill filtration at 61.1% ABV. “B520” indicates that this is the second B release of the year, coming out in May (5). The final two digits are for the year the bourbon is released.

Fans of Redbreast Irish Whiskey can tune in to an Instagram live broadcast on May 11th at 4:30PM EST with Master Blender Billy Leighton and Blender Dave McCabe. The pair will host a whiskey tasting and answer questions from fans who tune in. Billy and Dave will lead a tasting of Redbreast 12 Year, Redbreast 15 Year and Redbreast Lustau.

If you’re on the hunt for The Balvenie The Edge of Burnhead Wood 19 Year, you’re going to need a lot of luck and a lot of money to spend.