This week brings news of a host of new limited-edition whisk(e)y releases from Canada, Scotland and Ireland. First, Canadian Club is launching the second whisky in its Chronicles range. Next, Highland Park Triskelion is hitting shelves in the UK starting in November 2019. Then, some limited release Irish whiskeys from Egan’s and J.J. Corry are making their way out into the world. Finally, Amazon is getting another exclusive single malt scotch, this time from Auchentoshan. In the news, the TTB is planning to do away with all standard bottle sizes for spirits and other types of alcohol, and not everyone is on board. Then, Nearest Green’s great-great-granddaughter becomes the master blender of the brand that bears his name. Let’s dive in.

Earlier this year the Alcohol and Tobacco Tax and Trade Bureau (TTB) proposed the elimination of all but minimum and maximum standard bottle sizes for alcohol and distilled spirits. Right now in the United States we have seven different standard bottle fill sizes. If spirit producers want to release a product, the alcohol in the bottle can only come in one of seven sizes. The most common size that most spirits consumers in the U.S. will recognize is 750ml. The others are 50ml, 100ml, 200ml, 375ml, 1 liter and 1.75 liters. The new proposal would remove these in favor of a minimum size of 50ml and a maximum size of 3.785 liters. The TTB is currently accepting public comments and feedback in response to its proposed deregulation.

Now a private non-profit called the National Consumers League (NCL), which has operated since 1899 as a consumer advocacy group, is claiming that the move would damage how customers understand the products they’re purchasing. 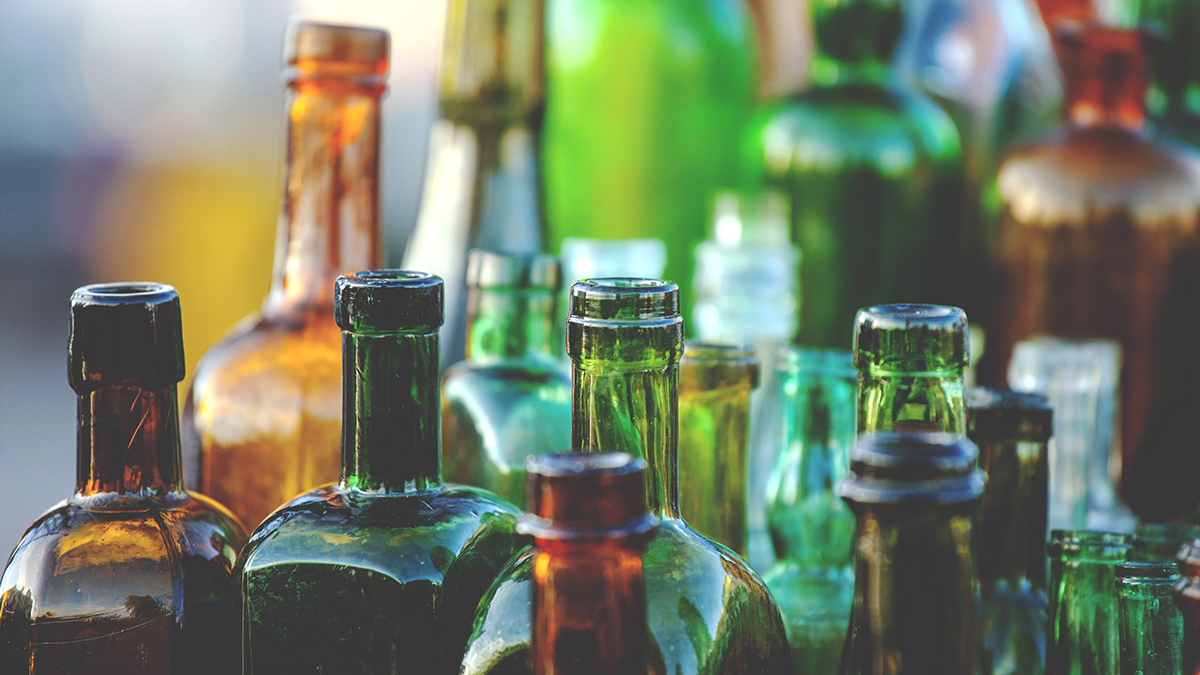 “Eliminating most standards of fill for distilled spirits would also have the effect of making consumers’ product comparisons at the point of purchase much more difficult,” said Sally Greenberg, executive director of the NCL. “We also object to the proposal because of the danger that unscrupulous suppliers will engage in deceptive conduct by varying container sizes in an effort to increase profits.”

Without standard bottle sizes it becomes more difficult to comparison shop. Furthermore, complete freedom leaves store owners to figure out how to stock an influx of random bottle shapes and sizes. The TTB stopped accepting feedback on its proposed plan at the end of October. We’ll be watching this story closely as the agency debates its next move.

This week Uncle Nearest Whiskey named Victoria Eady Butler, the great-great-granddaughter of Nearest Green, the brand’s namesake, as the brand’s new master blender. Nearest Green was the former African-American slave who first taught Jack Daniel how to distill whiskey. He is widely considered to be the first African-American master distiller. The brand launched in 2017 and has produced several whiskeys to date including Uncle Nearest 1856 Tennessee Whiskey and Uncle Nearest 1884 Small Batch Whiskey. 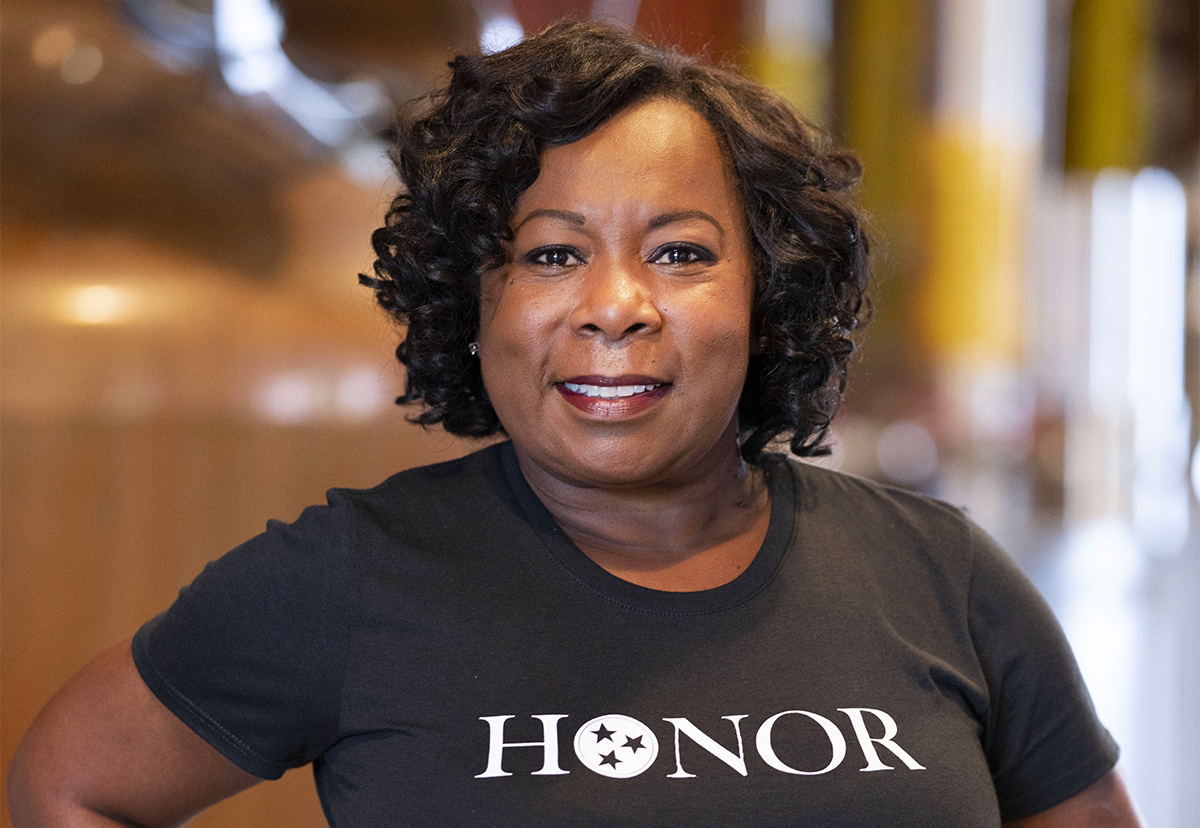 Butler first joined the Uncle Nearest team in March 2019 following a 31 year career at the Department of Justice. In her new role as master blender she will oversee the blending of all Uncle Nearest 1884 Small Batch whiskeys. She will also oversee the selection of all future releases of Uncle Nearest 1820 Nearest Green Edition Single Barrel.

“It’s difficult for me to put into words what the creation of this brand has meant to me and my family,” said Butler.

“She proved to us all very early on that she was doing exactly what she was meant to do… The whiskey business is definitely in her blood,” said Fawn Weaver, co-founder and CEO of Uncle Nearest. 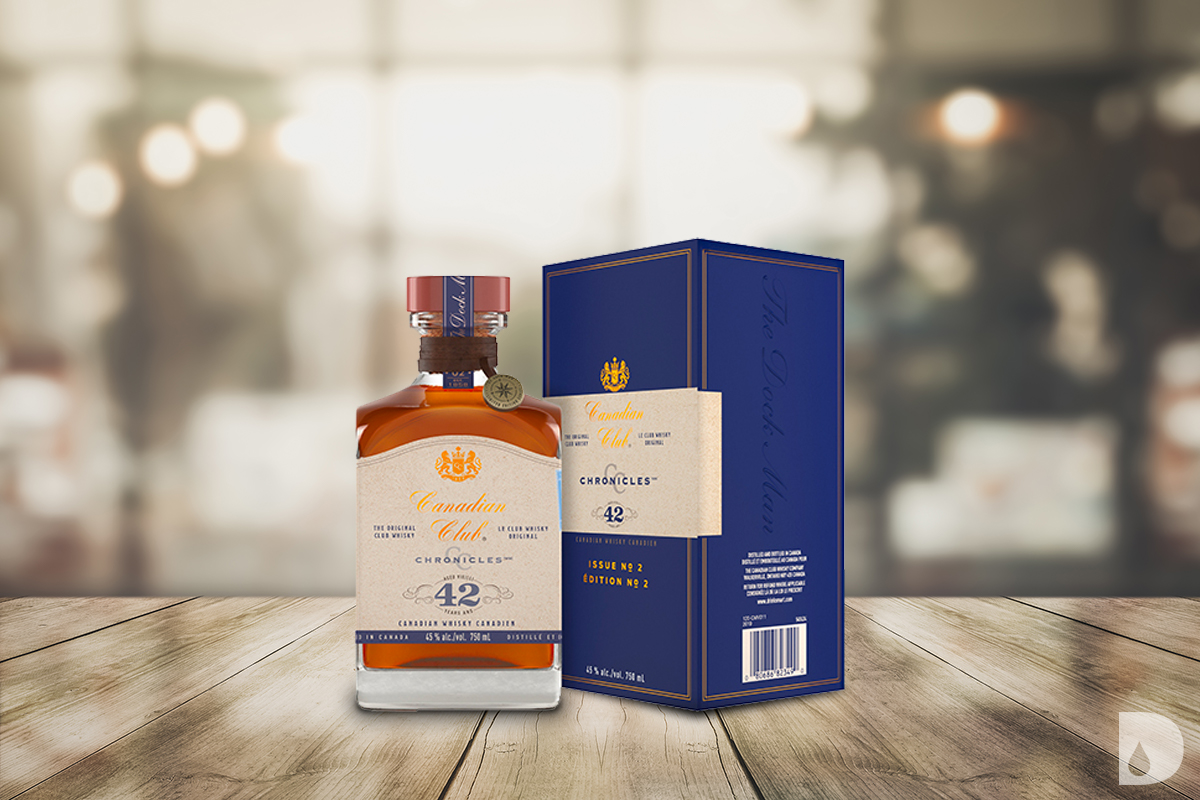 In Canada, producers can add up to 9.09% of non-whisky in to a blend and still label it as Canadian whisky. For this release, Canadian Club added 16-year-old rye and 12-year-old pot distilled rye as well as brandy to the blend. It aged in ex-bourbon barrels.

Canadian Club Chronicles 42 Year is available across the United States and Canada in limited quantities. It is bottled at 45% ABV and has a suggested price of $299.95 per 750ml bottle.

The name Triskelion refers to the Horn Triskelion symbol from Norse mythology. The symbol depicts three interlocking horns, associated with the Mead of Poetry, a magical beverage that allows whoever drinks it to become a poet or scholar.

This whiskey is a blend of single malt and single grain whiskeys that have been married in French Limousin oak ex-cognac XO barrels. Only 5,995 bottles are available worldwide starting in November of 2019.

Egan’s Centenary Irish Whiskey is non-chill filtered and bottled at 46% ABV with a suggested price of $100 per 750ml bottle. 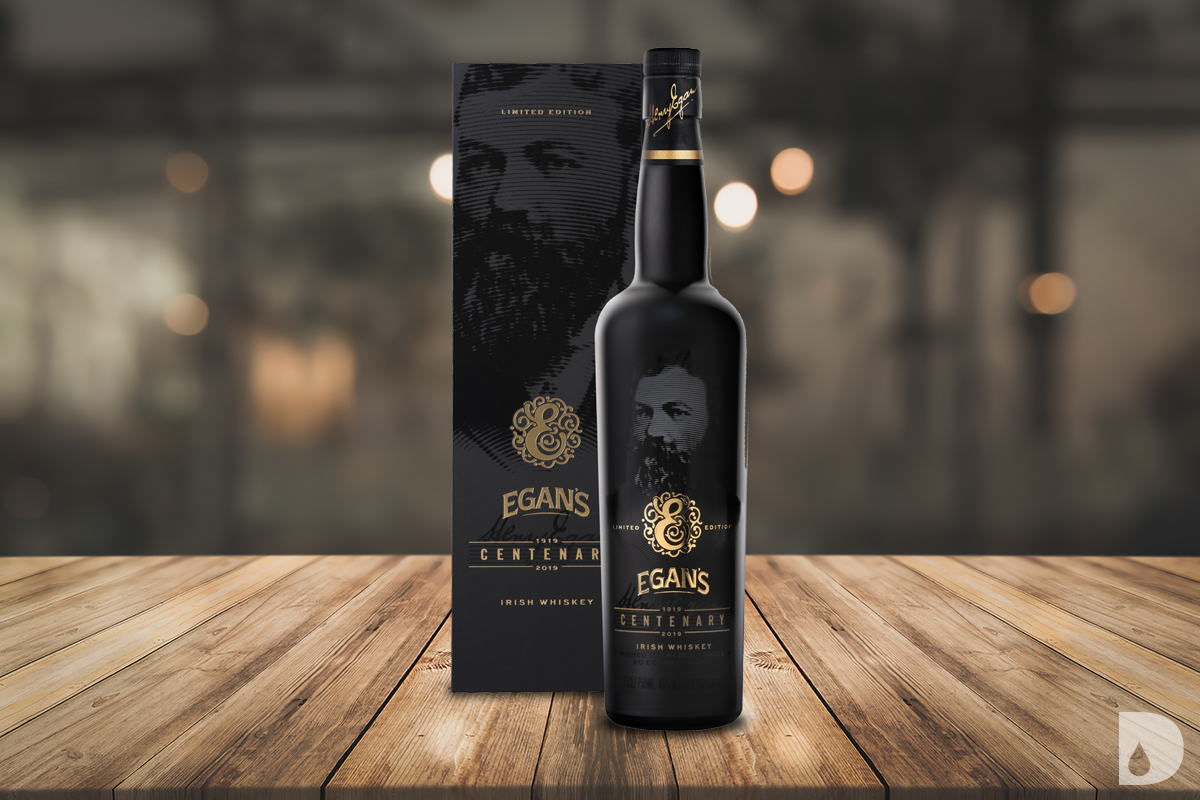 While the Daftmill distillery has been operational since 2003, brothers Francis and Ian Cuthbert have been farming the land there since the 1980s. Located in Fife, Scotland, Daftmill is one of Scotland’s true farm-to-bottle distilleries. The team there uses the farm’s own estate-grown barley in the production of its single malt whiskies. Daftmill is still a working farm. In fact, the distillery only distills twice a year—two months in the summer and two in the winter.

For this single malt, Daftmill filled seven first-fill ex-bourbon barrels in September 2006 and bottled the whisky in July 2019. Only 1,680 bottles were produced in this 12-year-old batch, which is exclusive to the United States. Daftmill 2006 Summer Batch Release (US) is bottled at 46% ABV and has a suggested price of $250 per 750ml bottle. 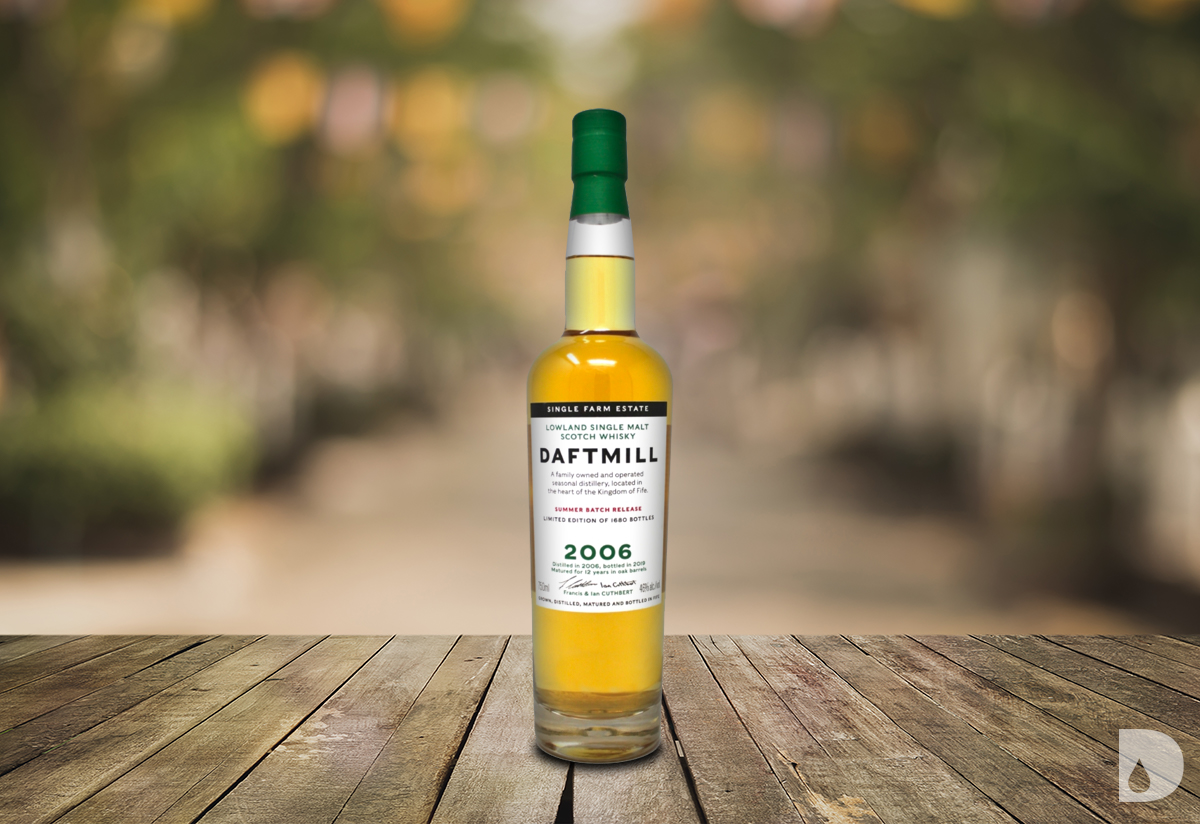 Back in September we shared news of Laphroaig 16 Year, a single malt Scotch whisky to be exclusively sold on Amazon in the UK. Now Auchentoshan is following suit with Auchentoshan Sauvignon Blanc, a single malt matured in ex-bourbon barrels and finished in sauvignon blanc wine barrels. 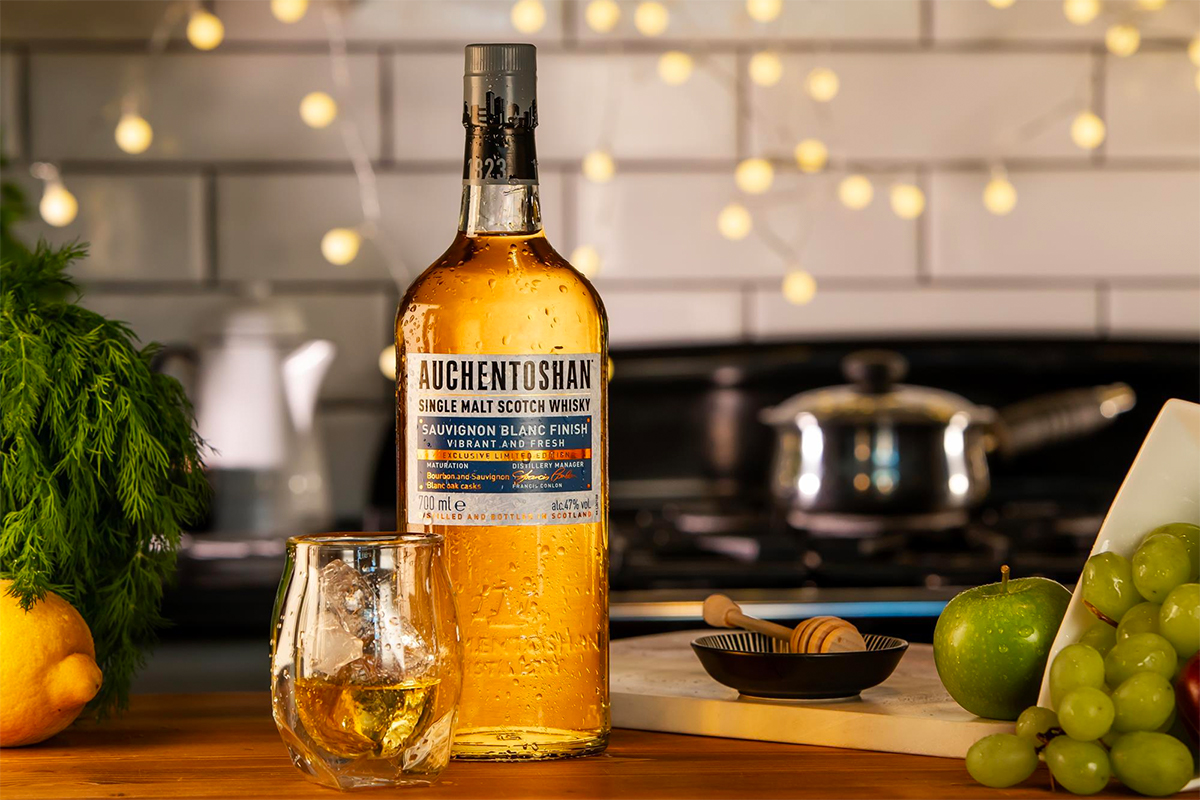 “Irish whiskey has not been celebrated for its quality and rarity, as perhaps other categories have. We have some of the finest mature stock of whiskey in the world and yet I feel the industry undersells itself. I wanted to change that,” said J.J. Corry Irish Whiskey founder Louise McGuane. 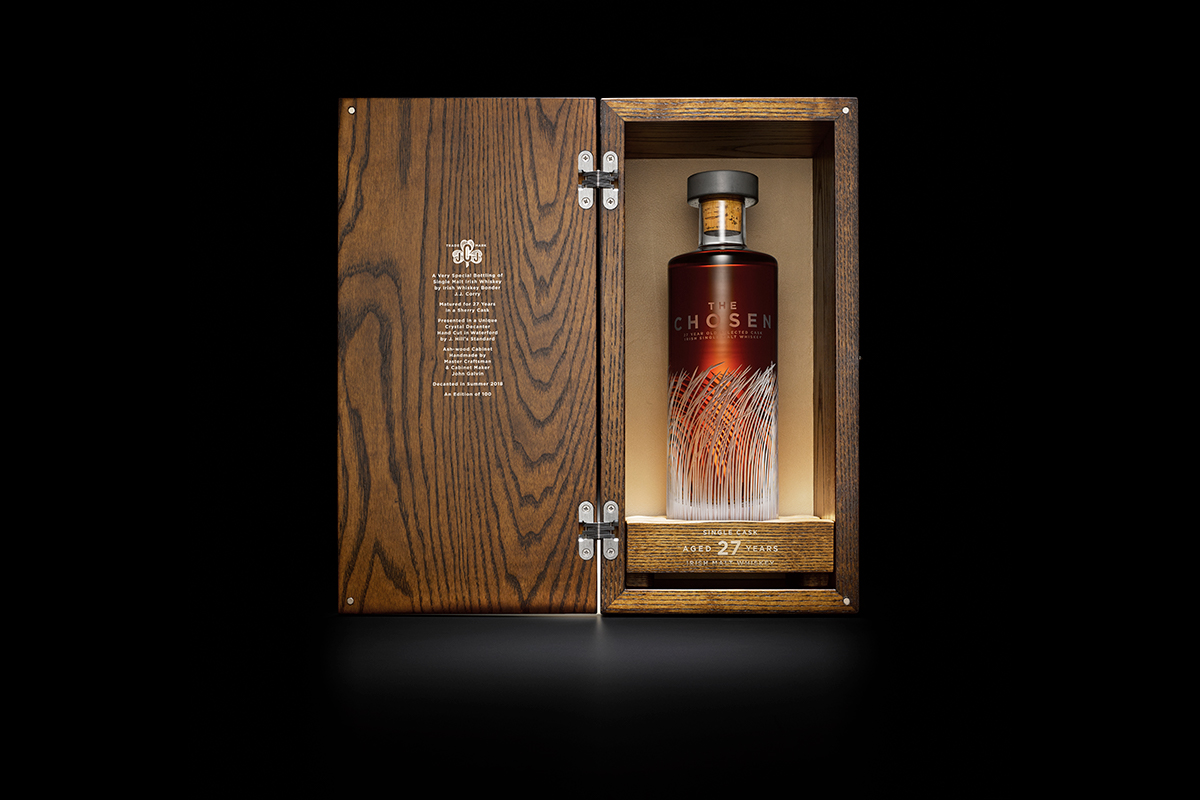 Will you be looking for a bottle of Highland Park Triskelion?

Craft whisky is booming in this Canadian province