This week as the WTO officially backed a 25% import tariff on Scotch whisky, Italian liqueurs and Irish whiskeys, retailers across the US began increasing their prices. Consumers will likely begin to notice steeper price tags on their favorite bottles in the coming months. In spirits release news, Amazon launched its first spirit, called Tovess Gin. Michter’s is releasing a new batch of limited-edition Michter’s 20 Year Kentucky Straight Bourbon (2019 Release). The GlenDronach has two new limited-edition whiskies, and Angel’s Envy has a new cask-strength port wine finished bourbon. Finally, Aberfeldy announced a 15 year Scotch whisky finished in French red wine casks and “The Rock” is about to launch his own tequila brand.

Tariffs on Scotch Whisky Already Affecting Consumers in US

Back on October 4th we shared news that the US government planned to impose new tariffs on various EU products, including Scotch whisky, Irish whiskey and Italian liqueurs. Now, many businesses and customers are starting to feel the sting of the 25% import tariff. As a result, many stores around the country have been forced to their increase prices. Another one of the many side effects is that Scotch whisky won’t be able to stay as competitive as prices rise. Consumers that once purchased bottles of single malt without a second thought may now reconsider as prices spike.

Currently, the US market accounts for roughly 22% of the global value of scotch. As industry experts and analysts scramble to understand and plan for the effects on the industry, many producers are reconsidering plans to expand exports to the US, while others worry about the impact on Scotland’s whisky workforce. 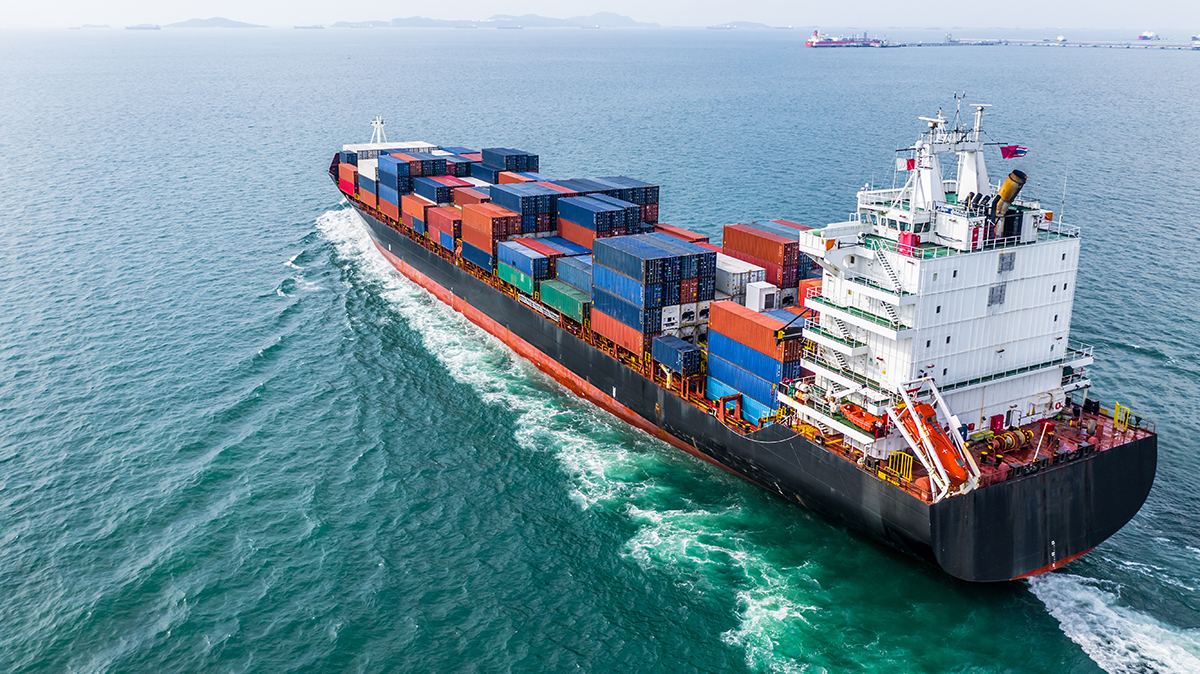 “In time, consumer choice will diminish and Scotch whisky companies will start to lose market share,” said Scotch Whisky Association chief executive Karen Betts. “In Scotland and throughout our UK supply chain, we expect to see a dropping-off in investment and productivity. Ultimately, jobs could be at risk.”

Amazon Launches Its Own Gin Brand

While Amazon has been very active in the alcohol space over the past year, launching brick & mortar liquor stores and securing exclusive rights to sell certain products, it had yet to launch its own spirits brand. But, that’s all about to change with the launch of Tovess Dry Gin. This Dry Gin is crafted in Birmingham, UK in 18th century copper pot stills, and is infused with lime and grapefruit peels.

It’s fair to assume that Amazon will continue to make moves into the spirits category. It undoubtedly benefits from a treasure trove of data collected on user preferences, brand affinity and spirit category performance. In the UK, gin is experiencing its own renaissance of sorts, providing Amazon with the perfect market to jump into.

Amazon plans to add more expressions over time, though it did not provide a timeline. Tovess is bottled at 41.5% ABV and has a price tag of £24.99 (~$32 US) per 700ml bottle. For now, this product is only available for purchase on Amazon in the UK, France, Germany, Spain and Italy. 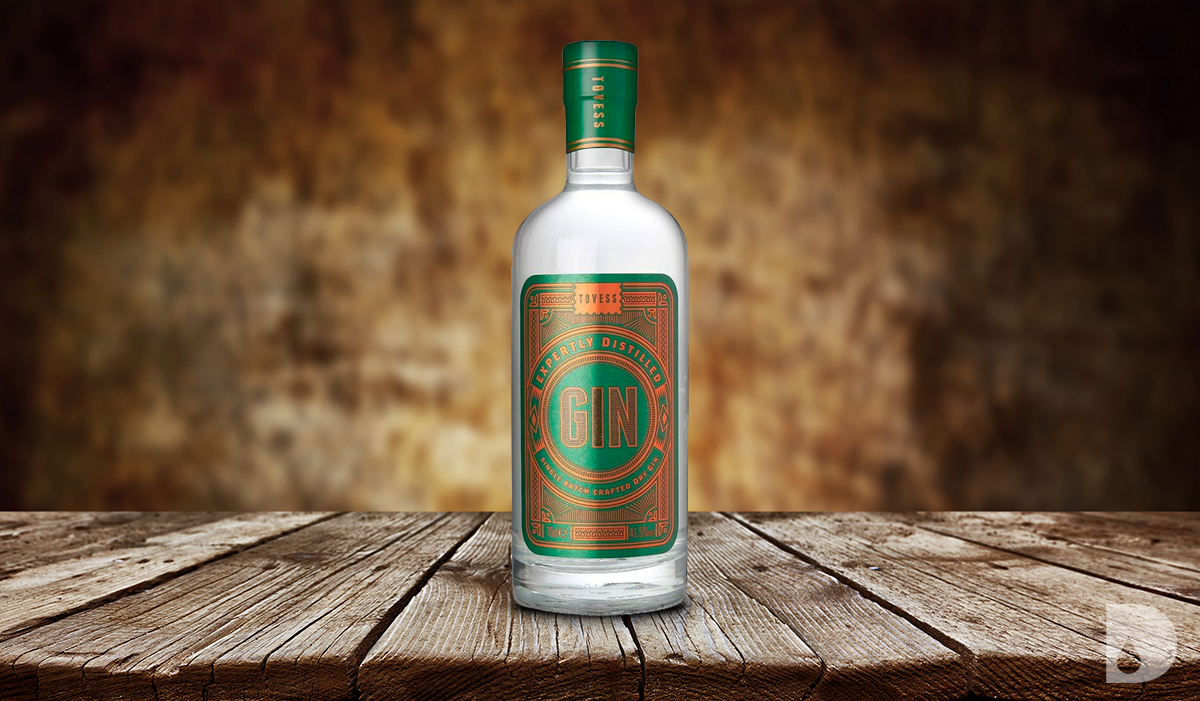 A couple days ago, Michter’s announced that Master Distiller Dan McKee and Master of Maturation Andrea Wilson approved the release of Michter’s 20 Year Kentucky Straight Bourbon (2019 Release). This release, comprised of stock purchased years ago, will begin shipping from the Shively Distillery to distributors and importers in early November 2019.

This Kentucky straight bourbon is bottled at 57.1% ABV, which is the same as the 2018 release. Michter’s 20 Year Kentucky Straight Bourbon (2019 Release) is a limited-edition release and carries a suggested price of $700 per 750ml bottle. 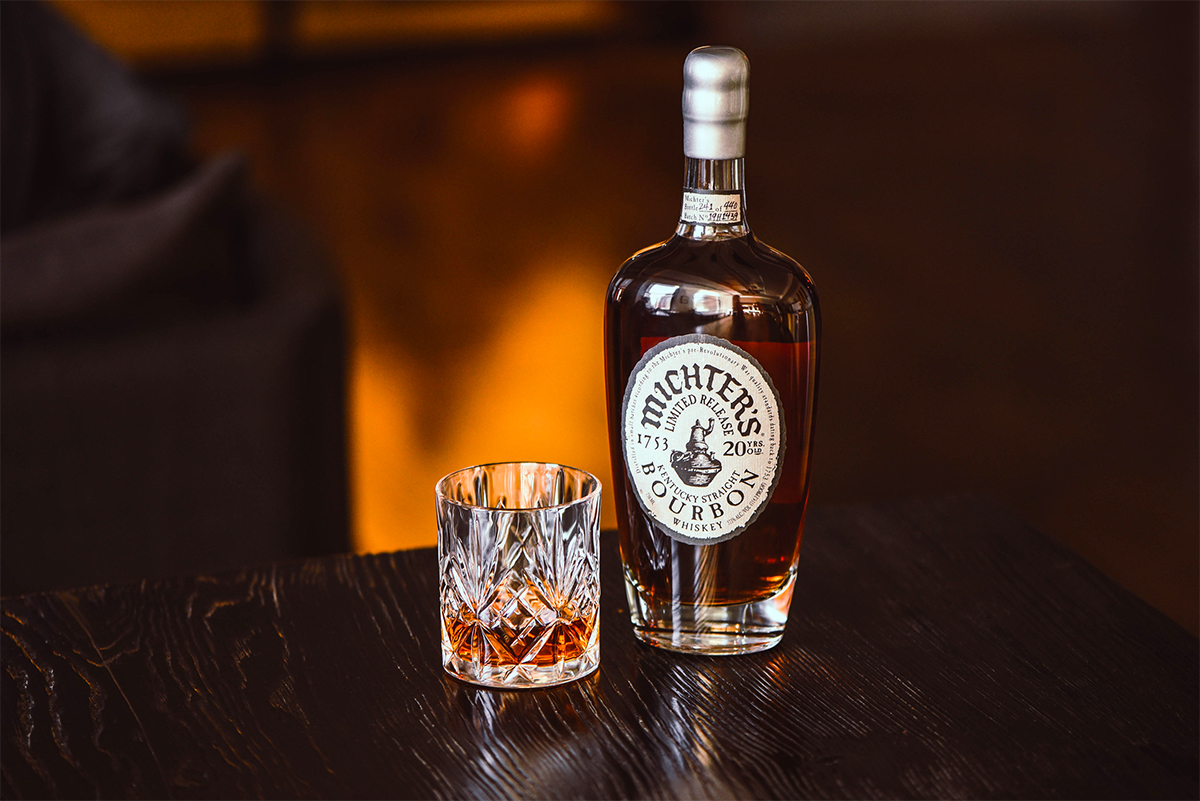 This no-age statement single malt spent 10 years in PX and oloroso sherry barrels before bottling at a cask strength of 61% ABV. It is non-chill filtered and has no color added. It carries a suggested price of $95 per 750ml bottle.

First announced back in February 2019, this release is finally coming to the United States. It’s aged for 25 years in a combination of oloroso and PX sherry casks, and is bottled without chill-filtration at 48.2% ABV. It carries a suggested price of $350 per 750ml bottle.

Both releases were created by master blender Rachel Barrie and are available globally as of October 2019. 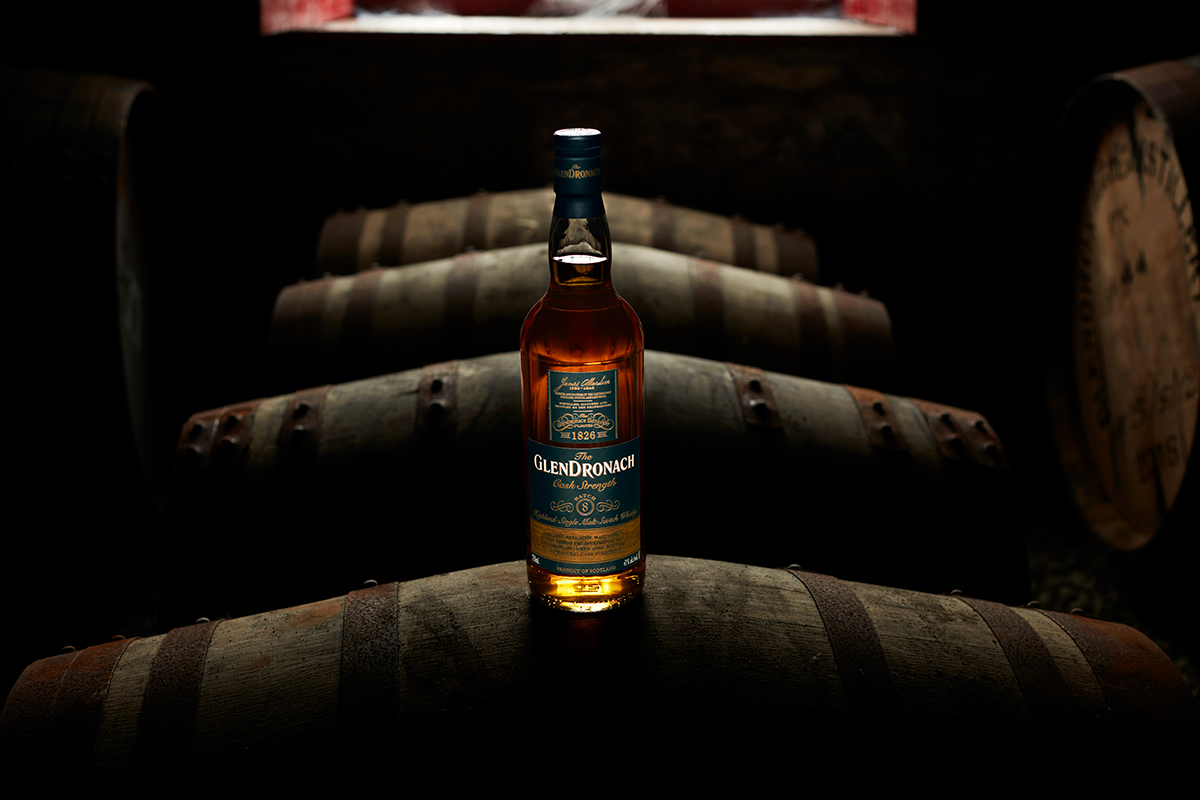 Back in 2012, Angel’s Envy began releasing limited-edition cask strength bourbons finished in port wine barrels. The bourbon barrels used in each release are all hand-selected and blended together before they are finished in the port wine.

This year’s release, Angel’s Envy Bourbon Finished in Port Wine Barrels Cask Strength (2019 Edition), resulted in only 14,000 bottles. The bourbon will be available in select US markets starting on November 1st, 2019, and at the Angel’s Envy distillery in Louisville, KY. It is bottled at 61.2% ABV and has a suggested price of $199.99. 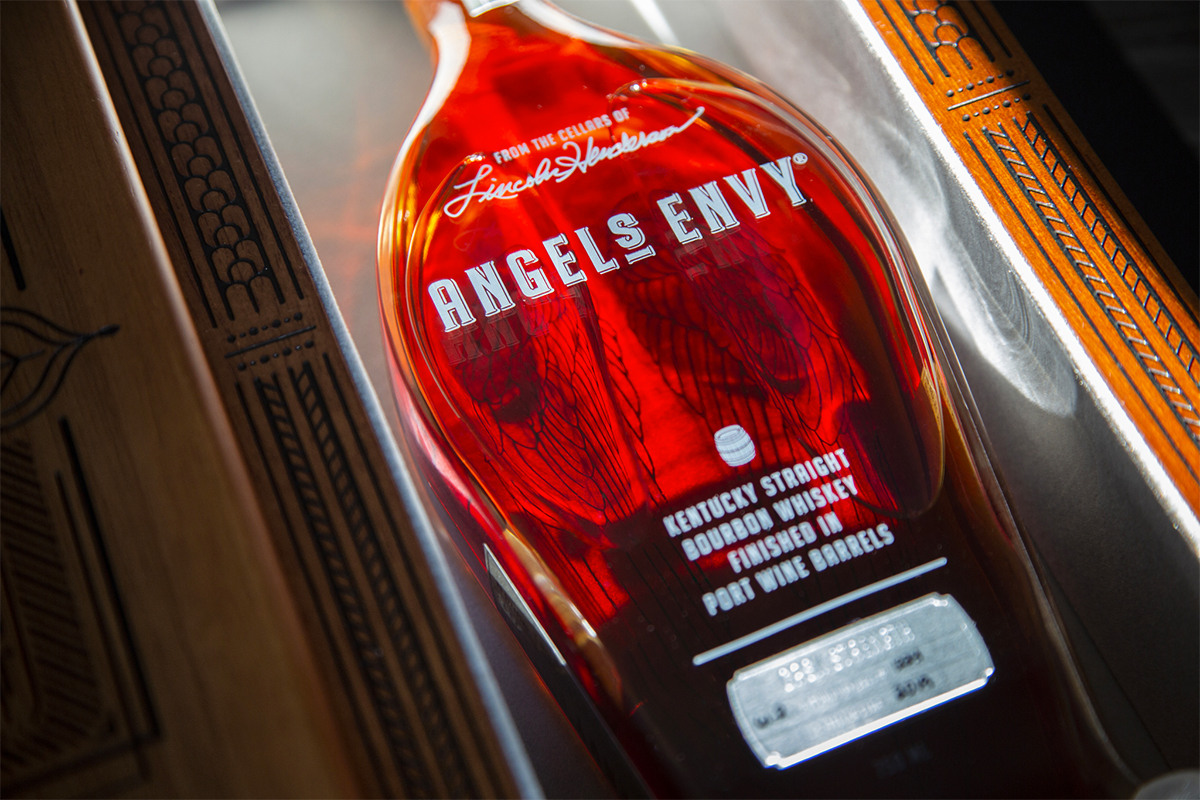 Earlier this week Aberfeldy’s parent company, Bacardí, announced the release of Aberfeldy 15 Year French Red Wine Cask Finish. This whisky first aged for 15 years in a combination of bourbon re-fill and re-charred casks. Next, it enjoyed a second maturation period of four to five months. The red wine casks used to finish the whisky are from the Pomerol appellation in France’s Bordeaux region.

This limited-edition whisky is bottled at 43% ABV and is priced at £55 (~$71 US). It is only available for purchase in Belgium, Germany, France, Luxembourg, Netherlands, Sweden and the United Kingdom. 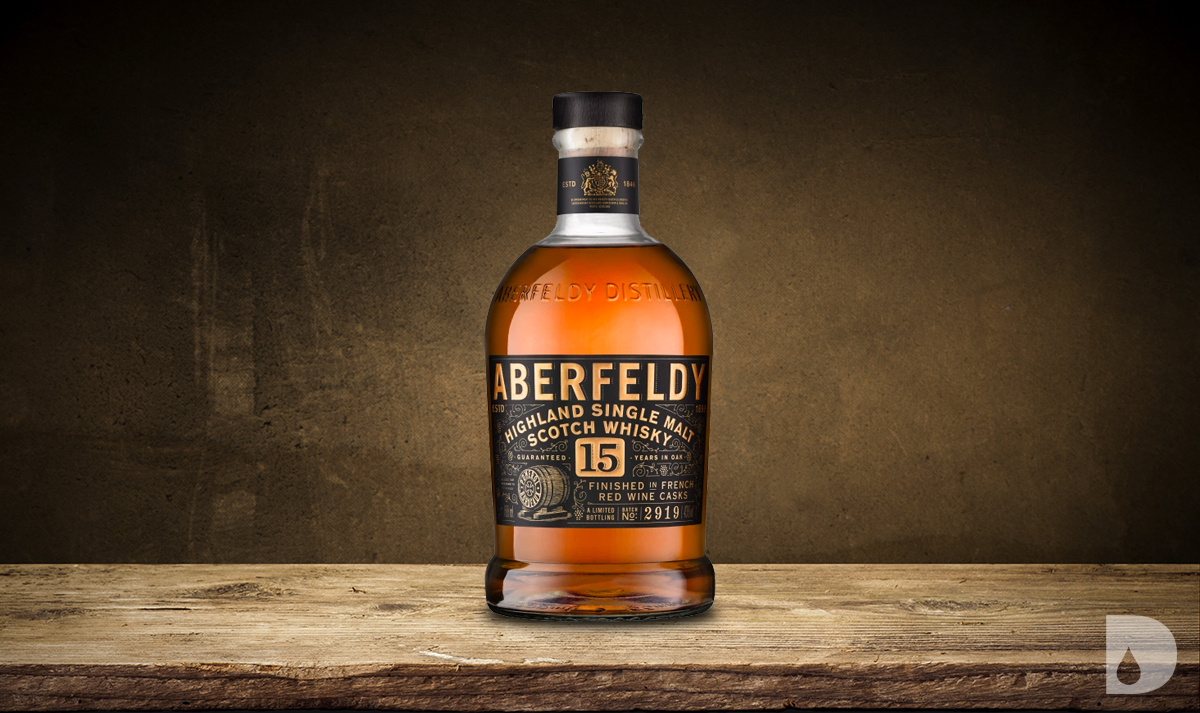 Into the endless line of celebrities forming their own spirits brands comes Dwayne “The Rock” Johnson. This week he announced on Instagram that his new tequila company, Teremana Tequila, was nearly ready to launch.

The actor, explaining the name of the product, wrote, “TERA is meant to represent ‘Terre’ which means of the earth and MANA is our powerful Polynesian spirit that guides us. Spirit of the earth.”

Very few details about the tequila are available at the moment, other than that the brand will use agaves from Jalisco. Johnson partnered with drinks industry vet Ken Austin to launch the brand, which is slated to debut in early 2020. Austin previously worked to launch the Avión label, and most recently co-founded Proper No. Twelve Irish Whiskey with Conor McGregor. 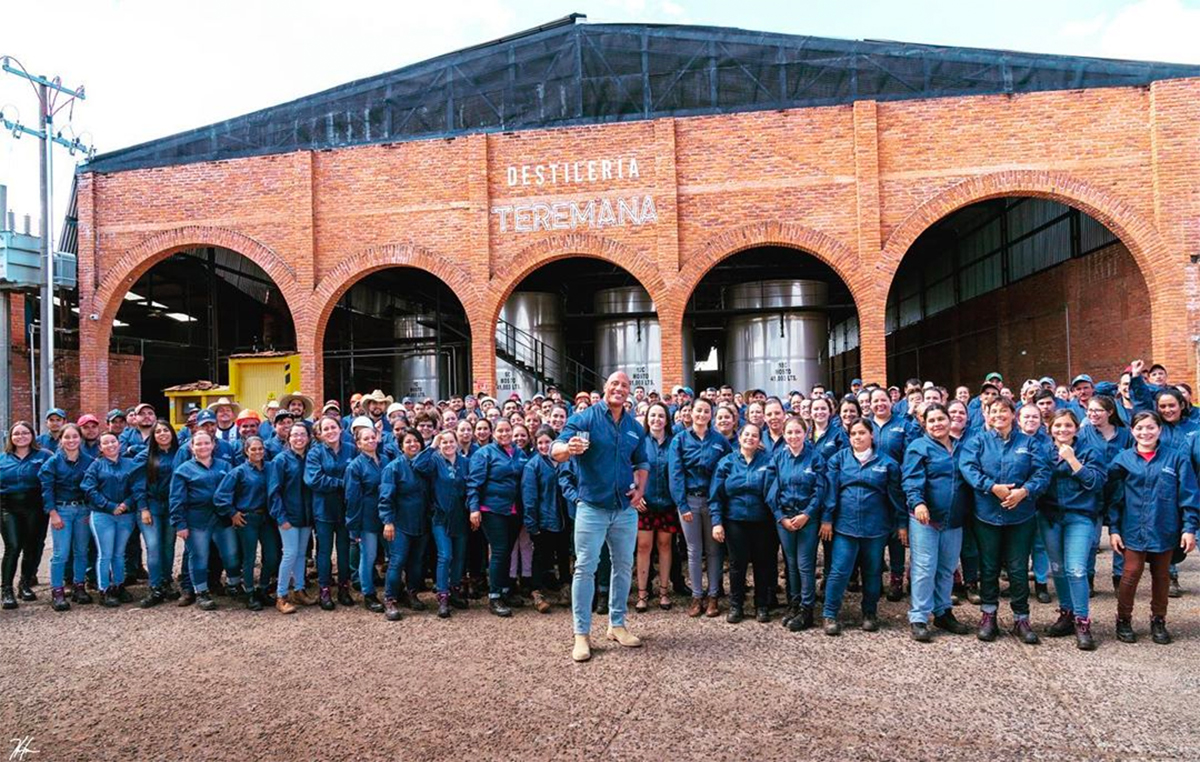 Are you hunting for Michter’s 20 Year Kentucky Straight Bourbon (2019 Release)? Good luck, and congrats on being super rich!

The final new releases of the year are here