This week brings a variety of new releases from around the world. In fact, one new release contains a world of whiskeys all in one bottle. Suntory World Whisky Ao features whiskies from five whisky-producing countries. Unfortunately, you’ll have to wait to pick up a bottle the next time you’re leaving the country. Outside of Japan it’s only available in Global Travel Retail. But don’t worry. There are plenty of other new releases to purchase without having to travel quite that far. This includes Herradura Legend Tequila, a new añejo tequila which is a permanent addition to the Casa Herradura portfolio.

If you’re looking for something in the peated whisky category, the latest release from Compass Box will certainly fit that bill. Or maybe you’re looking for something super exclusive and super pricy. In that case, you’ll be happy to hear about The Glenrothes’ latest release—the brand’s oldest ever single malt is limited to just 50 bottles worldwide.

We’ve got all the details on these bottles and more in Distiller’s Friday Roundup for October 16, 2020!

Herradura Legend begins with 100% blue weber agave. After the agave is cooked, fermented and distilled, the tequila is ready to age. Casa Herradura produces its own barrels for the maturation process. For this añejo tequila, the heavily-charred American white oak barrels were specially grooved. Herradura Legend aged for 14 months before bottling at 40% ABV.

“Legend’s one-of-a-kind production process is truly what makes this product unique in the tequila category,” said Karinna Enriquez Hurtado, Casa Herradura master taster. “By developing specialized barrels featuring these deeper grooves, we allow the liquid to touch additional layers of oak for a longer period of time, creating an añejo with an extra rich, smooth flavor.”

Herradura Legend is available in select markets in the US as of October 2020 including New York, New Jersey, Colorado, Oregon, California, Texas, Florida, Georgia and North Carolina. It has an SRP of $125. Herradura Legend is a permanent addition to the brand’s portfolio. 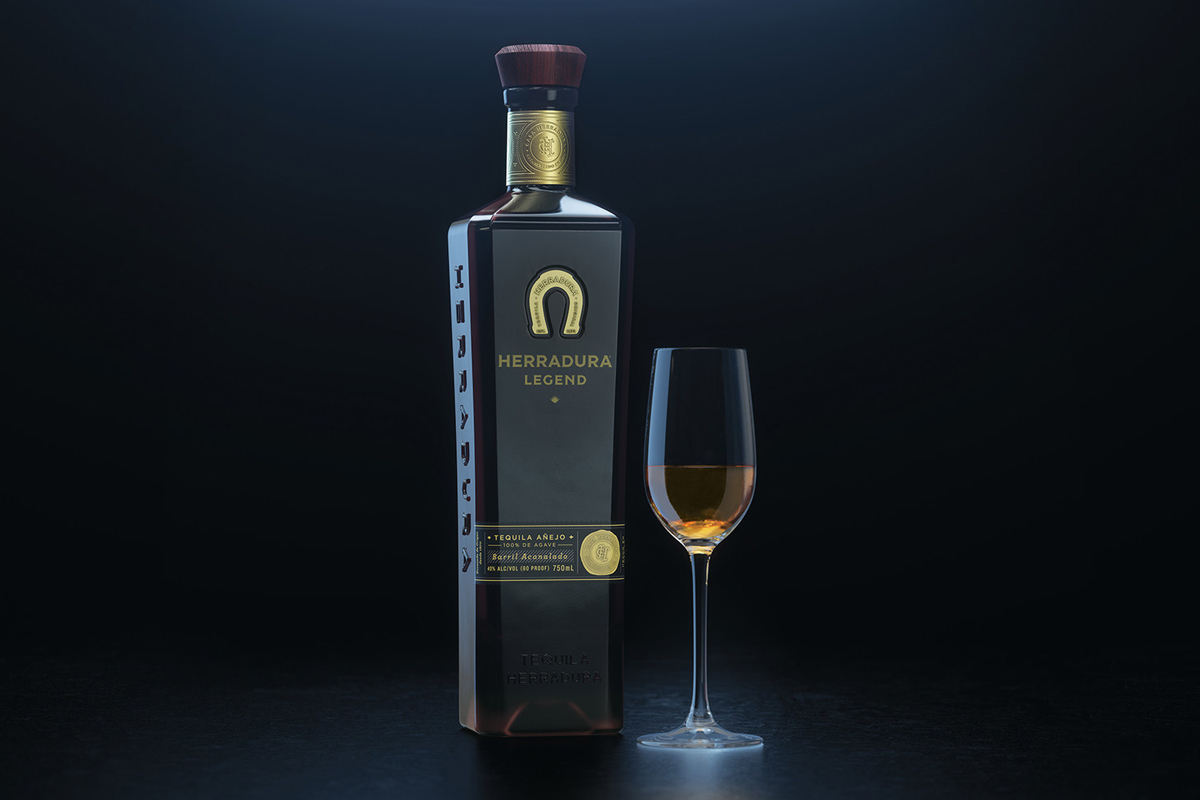 The name “Ao” is translated from Japanese which means “blue” and refers to the color of the ocean. The bottle is five sided to reflect the five whisky-making regions used in the blend.

Availability for Suntory World Whisky Ao was limited to Japan when it was first released in April 2019, but it has been expanded to 16 countries in Global Travel Retail this month. These are the United States, Australia, Canada, China, Dubai, France, Germany, Hong Kong, Ireland, Netherlands, Singapore, Taiwan, Turkey, UK, India and South Korea. It has an SRP of €65/$71. 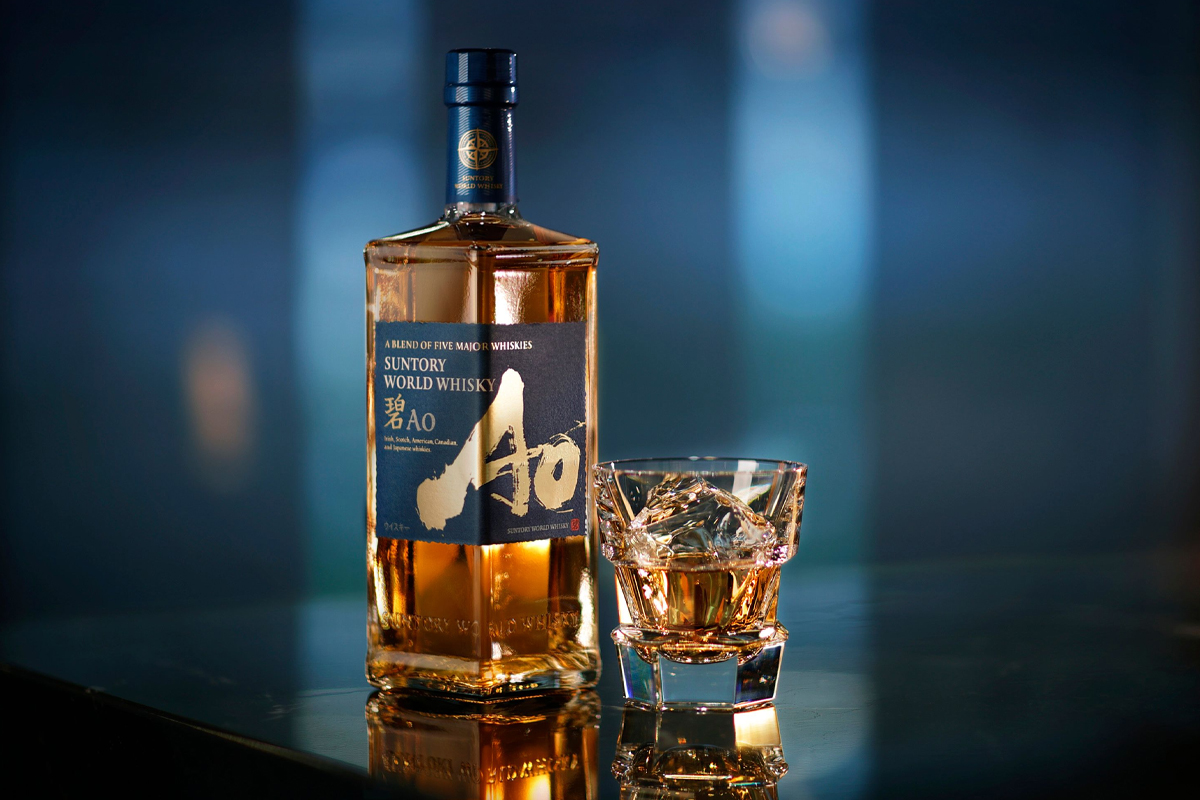 The whiskeys used to create Midleton Very Rare 2020 were selected by Master Distiller Brian Nation during his final days in the role. The blend includes whiskeys that aged from 13-35 years. Additionally, lightly charred ex-bourbon American oak were used for maturation. As always, single pot still and single grain whiskeys were chosen, but this year has a higher percentage of single pot still compared to previous vintages. Additionally, there was an increased use of refill barrels in this year’s release.

Midleton Very Rare 2020 is available in Ireland as of October 2020 with the UK, US, Australia, Germany, Canada and Global Travel Retail to follow in the coming months. Its SRP is €180/$210.

Notably, the next expression of Midleton Very Rare will debut in the spring 2021 to meet consumer demand for an earlier release date. It will be the first bottling of this annual release for newly appointed Master Distiller Kevin O’Gorman. 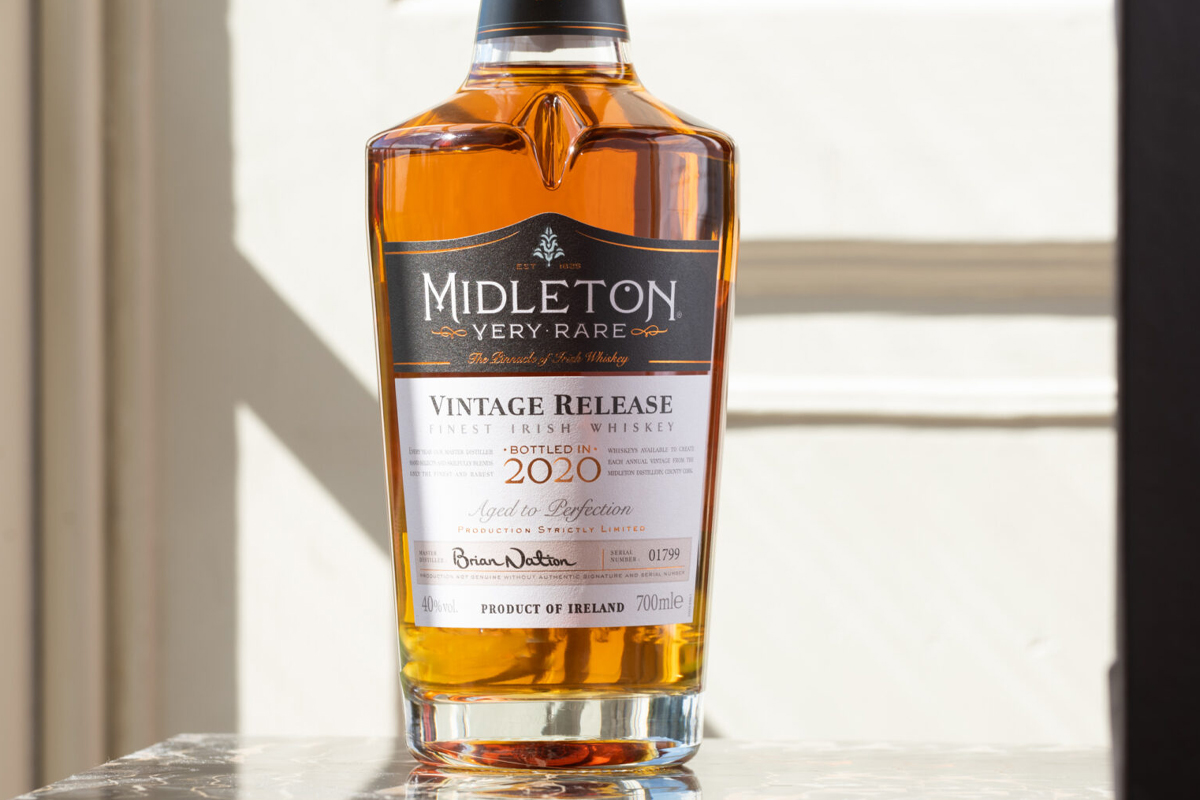 Compass Box Peat Monster Arcana celebrates the brand’s 20th anniversary along with Hedonism Felicitas and Rogues’ Banquet. The breakdown of the peated blended malt is as follows:

“We have been experimenting with French oak since the early days of our company,” says Compass Box Founder and Whiskymaker John Glaser. “Peat Monster Arcana is the first Compass Box to feature smoky whiskies matured in French oak. We’re delighted to be able to build on this experiment in our 20th anniversary year and we hope dedicated fans of The Peat Monster discover a new side to this charismatic whisky.” 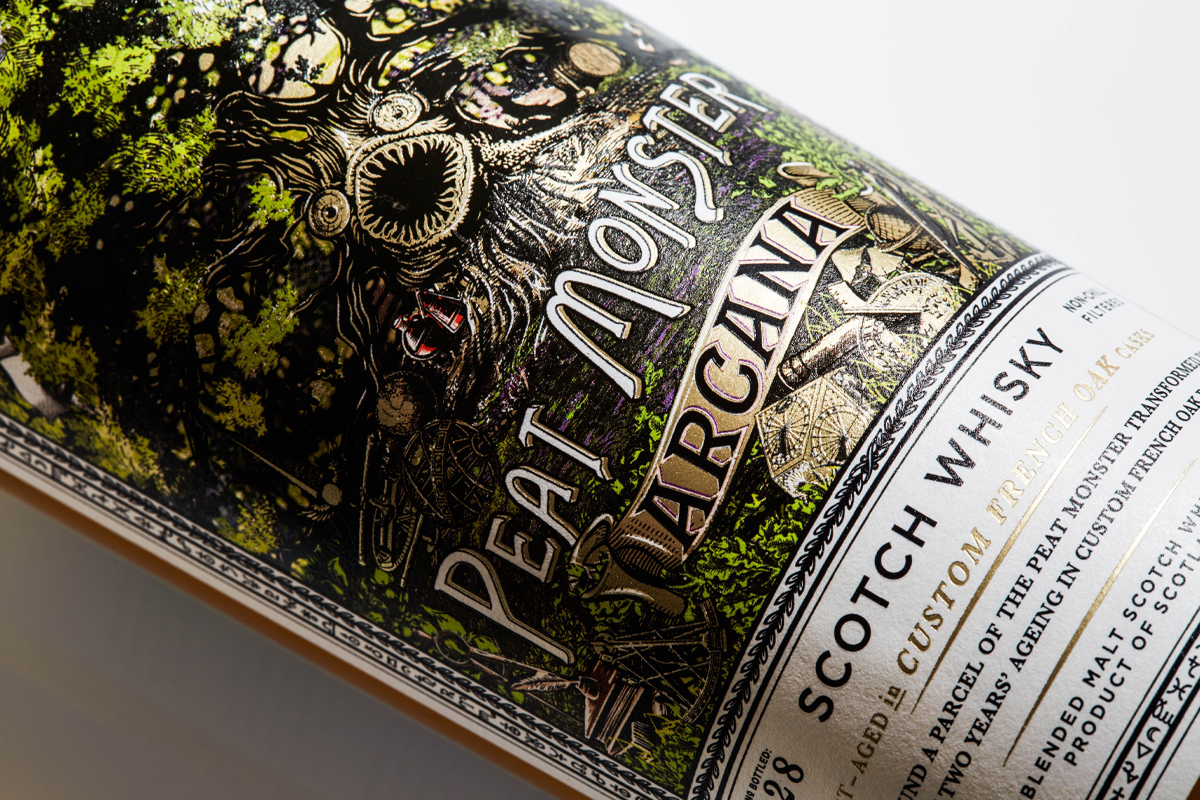 Kilchoman Fino Sherry Matured is the fourth and final limited edition release for the brand in 2020. It is a no-age-statement release which matured fully in ex-fino sherry casks from Bodega Miguel Martin. Eleven fresh butts and one refill butt were used to produce 10,500 bottles. It is bottled without chill filtration or added color at 46% ABV. It’s available worldwide as of October 2020 with an SRP of $99/£75. 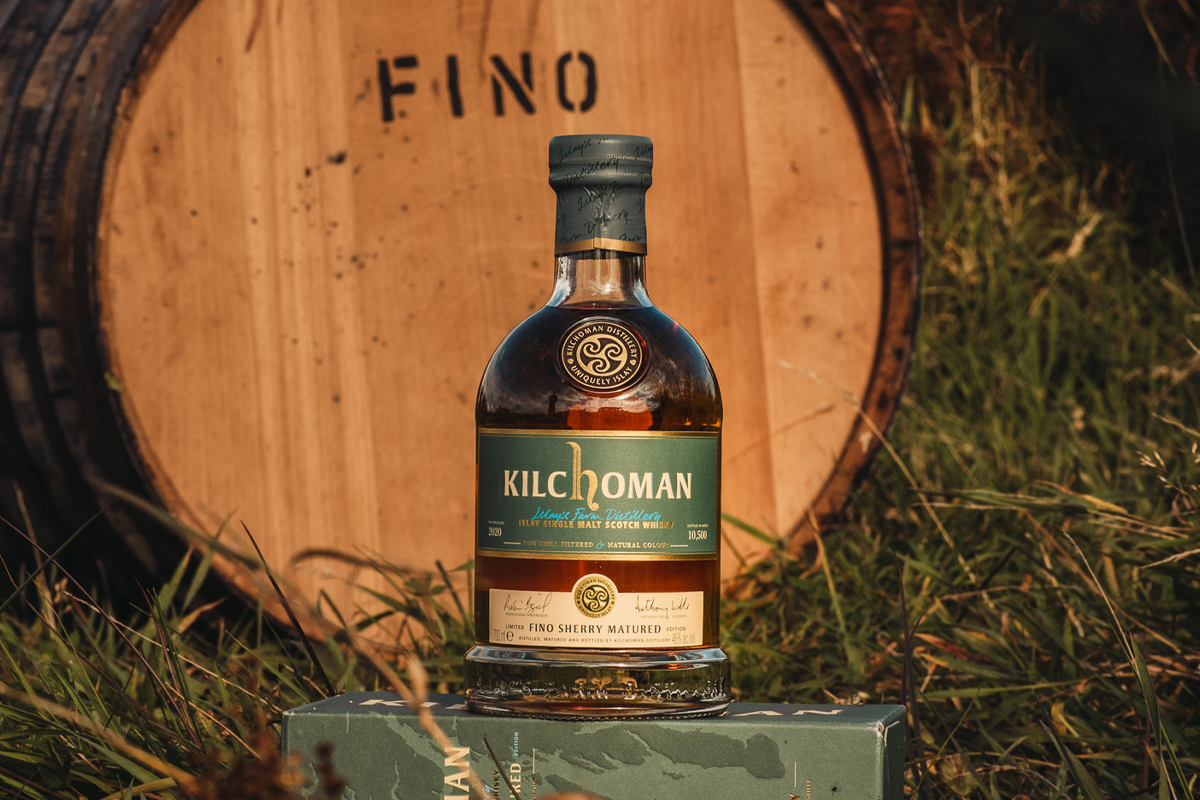 Michter’s announced the release of its 25 Year Kentucky Straight Bourbon. The last time a bourbon of this age was released for the brand was back in 2017. The barrels for this 2020 release were approved by Master Distiller Dan Mckee and Master of Maturation Andrea Wilson. It was bottled at 58.1% ABV. It’s available in limited quantities as of October 2020 with an SRP of $1,000. 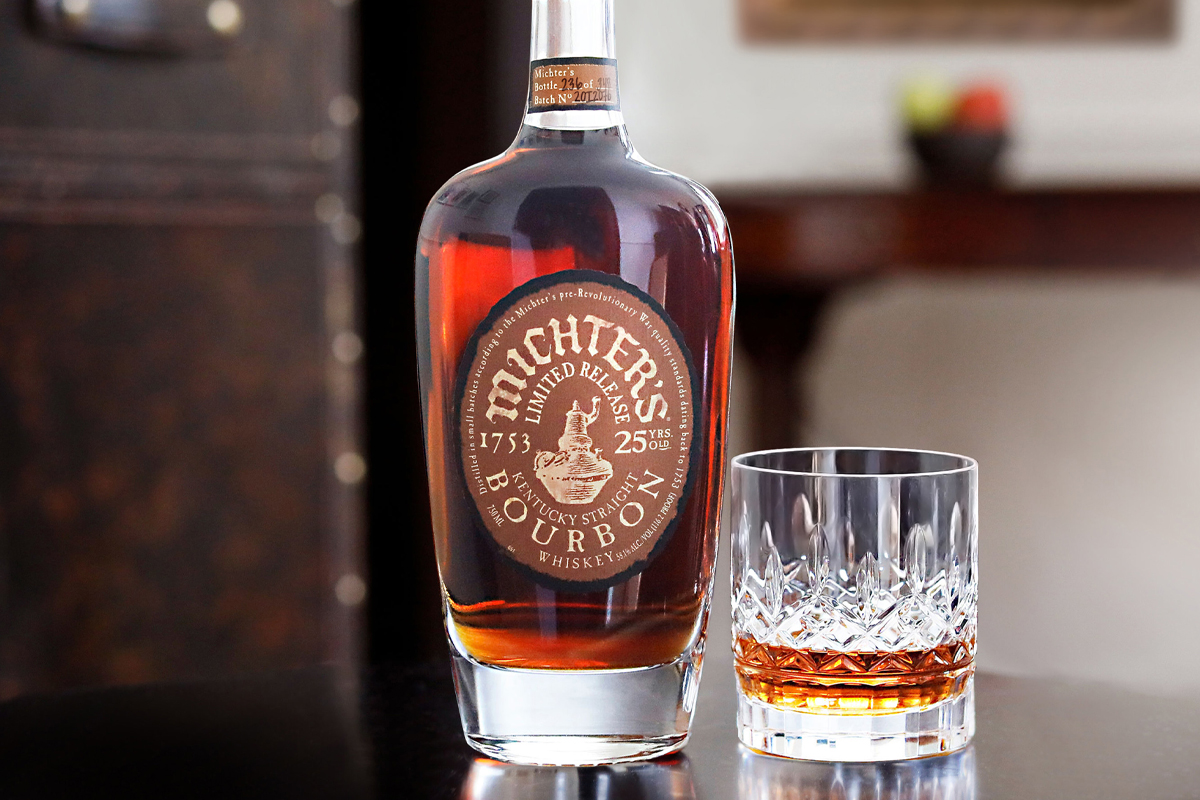 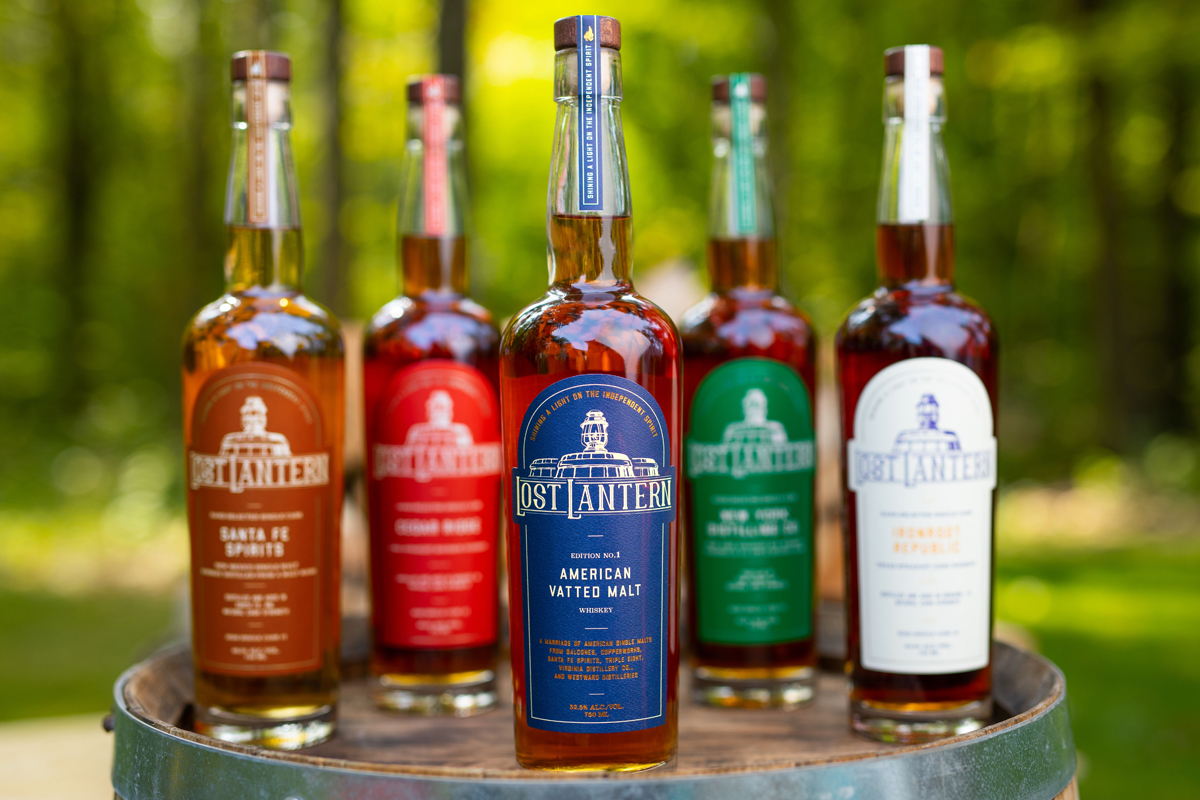 Distilled and aged at Santa Fe Spirits in New Mexico, this single malt was made using mesquite to dry the malted barley. This single cask was aged for 3 years and bottled without chill filtration or added color at a cask strength of 120.5 proof. Its SRP is $100.

This straight bourbon is distilled and aged at Cedar Ridge Distillery in Swisher, Iowa. This single cask bourbon was aged for 3 years and bottled without chill filtration or added color at a cask strength of 120.5 proof. Its SRP is $87.

Distilled and aged at New York Distilling Co. in Brooklyn, this straight rye was made primarily with New York state grains. This single cask aged for 3 years and finished its maturation in an apple brandy cask. It is bottled without chill filtration or added color at a cask strength of 119.2 proof. Its SRP is $70.

Distilled and aged at Ironroot Republic in Denison, Texas, this corn whiskey is made from 100% Texas-grown corn. This single cask aged for 4 years and 2 months in a 53-gallon European oak ex-bourbon cask. It is bottled without chill filtration or added color at a cask strength of 129.2 proof. Its SRP is $108.

Each of these whiskeys is available online through the Lost Lantern website as well as Seelbach’s beginning October 15, 2020. You can expect the brand to release single casks on a quarterly basis.

Released in October 2020, The Glenrothes 50 Year is the oldest single malt released from the brand which was founded in 1879. This 50-year-old single malt was distilled in November 1968 and matured in American oak and sherry-seasoned oak casks. It was bottled in September 2019 at 48% ABV. Only 50 bottles were produced. But if you can swing the suggested retail price of $35,000, you will be invited to an exclusive experience at The Glenrothes Estate and Distillery where you can meet the distillery team. 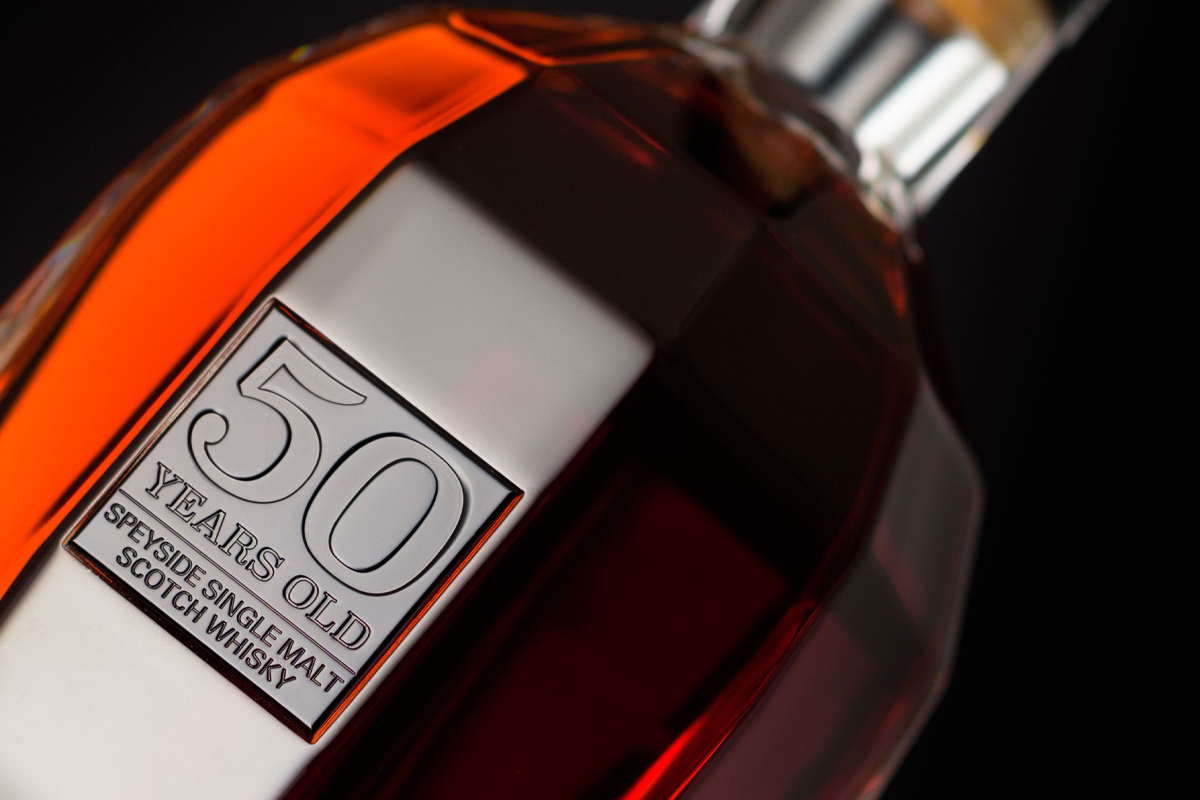 Scallywag Cask Strength Winter Edition was announced in October 2020 by independent blender and bottler Douglas Laing. It is a no-age-statement Speyside blended malt release which matured exclusively in oloroso and Pedro Ximenez sherry butts. It is bottled at cask strength of 52.6% ABV without chill filtration or added color. Only 3,000 bottles were produced and each bottle is adorned with a red and white striped scarf around its neck. Its SRP is £49.99/$65.

This is the third annual Barrell Craft Spirits Bourbon 15 Year release for the Kentucky-based independent bottler. It is a blend of straight bourbons distilled in Kentucky, Tennessee and Indiana—each of which aged for a minimum of 15 years. It is bottled at a cask strength of 104.9 proof. There are 12,000 bottles available for the 2020 release which launched in October 2020. It has an SRP of $250. 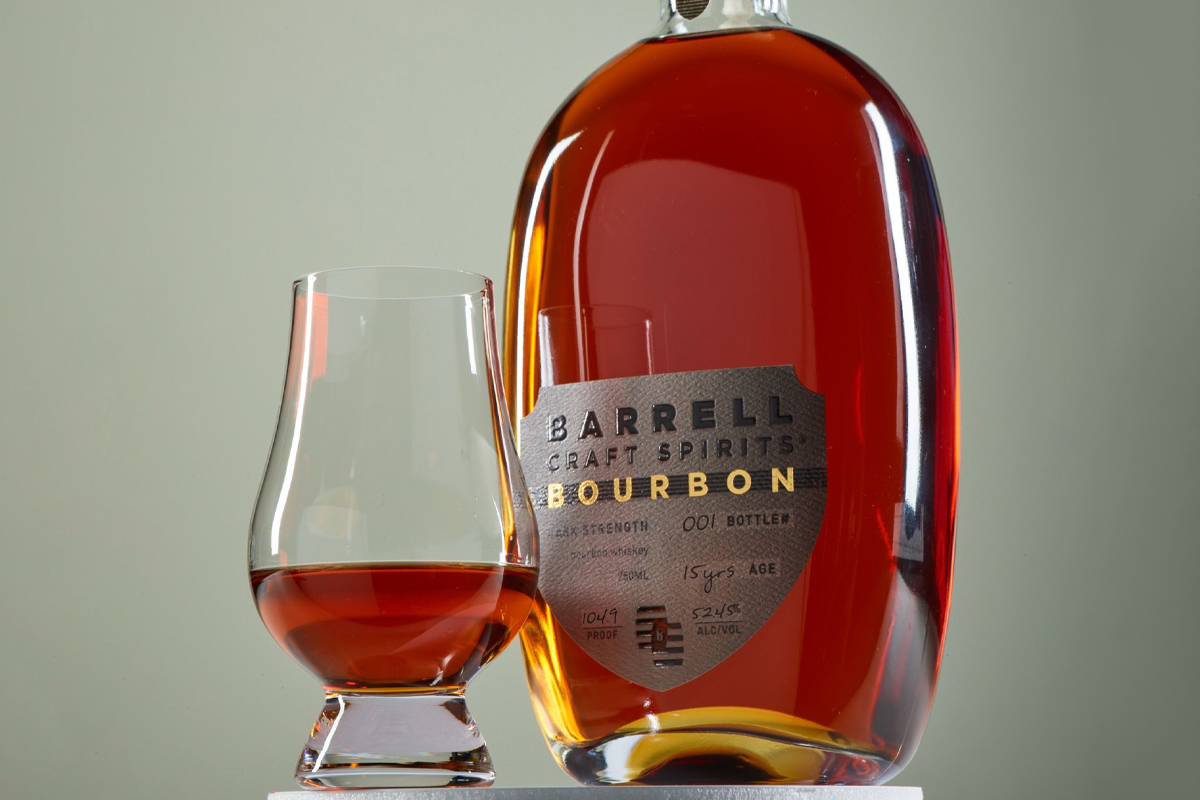 Lot 20 marks the 20th anniversary release of St. George Spirits Single Malt which was first released in 2000 by former Master Distiller Lance Winters. Now Head Distiller/Blender Dave Smith guides the whiskey program and this release. The single malt ranges in age from 4.5-21 years and a variety of used barrels are used for maturation. These include used Kentucky bourbon, Tennessee whiskey, American and French oak apple brandy, port and California Sauternes-style casks. Lot 20 is bottled at 43% ABV. The SRP is not available at the time of publication.

Wheel Horse Bourbon was distilled at Owensboro Distilling Co. (formerly known as O.Z. Tyler Distillery), located in western Kentucky. The mash bill includes 70% corn, 21% rye and 9% malted barley. It was aged in 53-gallon new, charred (char #4) American oak barrels for 2-4 years. It was bottled without chill filtration at 101 proof. Batch 1 was released in October 2020 with an SRP of $27.99. The second batch of Wheel Horse Rye is expected to be announced soon. 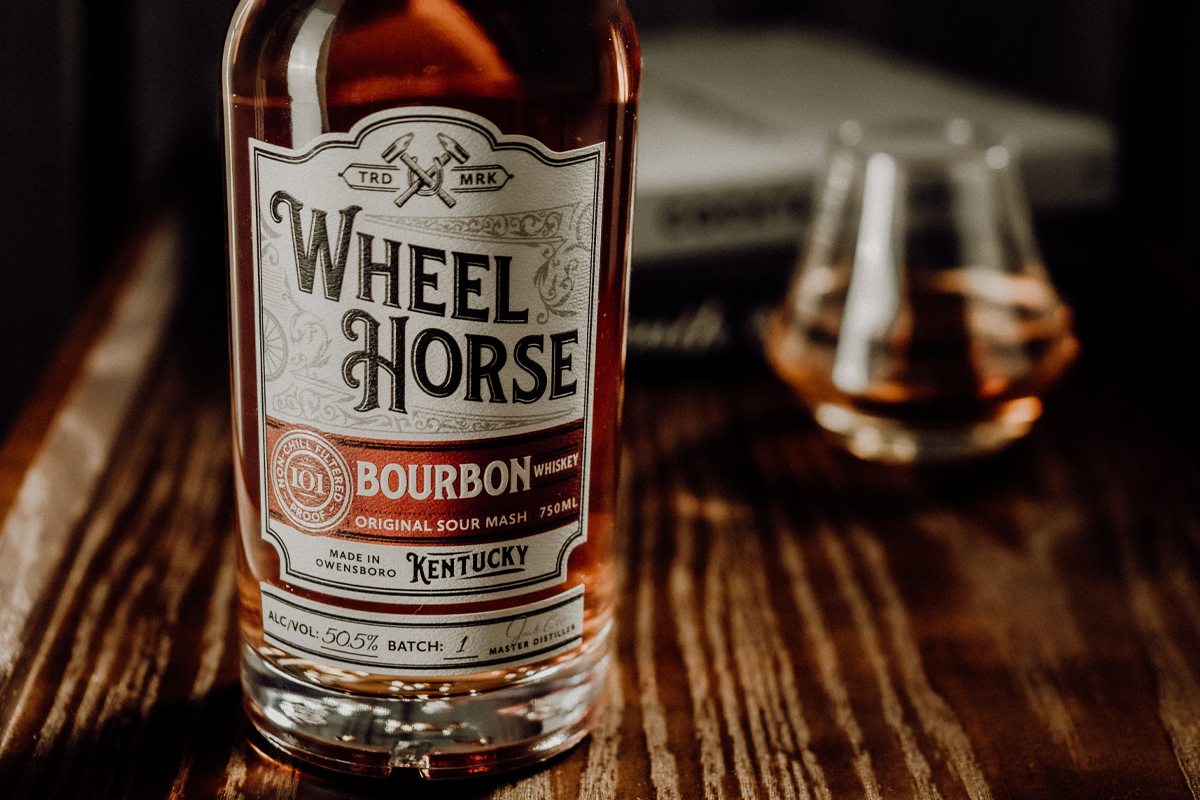 Ready to grab a bottle of Herradura Legend Tequila?