So many new products were announced this week that our heads are still spinning from trying to keep track. First, Diageo finally shared all of the details about the 2019 Special Release Collection. There are eight bottles this year, and three will be available in the United States. Next, Woodford Reserve announced its latest Master’s Collection whiskey, titled Woodford Reserve Master’s Collection Chocolate Malted Rye Bourbon.

Nick Offerman fans will no doubt know that he’s getting his very own Lagavulin whisky, and all of the details about the release are down below. The seventh Bruichladdich Black Art whisky is here, and Chivas Regal is debuting a 13 year blended whisky celebrating Manchester United. Aberfeldy and Craigellachie are introducing five whiskies in the Exceptional Cask Series to the United States. Finally, Gran Centenario and El Tesoro both have new extra añejo tequilas for you. There’s a lot to catch you up on, no time to waste!

As we previously shared, this year’s Collection will be made up of eight different whiskies. Unlike in years past, all of this year’s whiskies are single malts. Three of the whiskies will be available at retailers in the United States starting in November 2019, while the other five will be available online and in retailers across Europe, Canada, Australia, South Africa and select markets in Asia.

Available in the United States

For more information about the bottles, head to our post that covers all of the finer details.

For the past 13 years, Woodford Reserve has released limited-edition whiskeys under the Master’s Collection umbrella. The first release comes in the spring, and the second comes in the fall. With every release, Master Distiller Chris Morris changes one source of Woodford Reserve’s flavor to see how it affects the final product. In fall of 2018, he produced two different Master’s Collection whiskeys with Select American Oak Bourbon and Oat Grain Kentucky Bourbon. 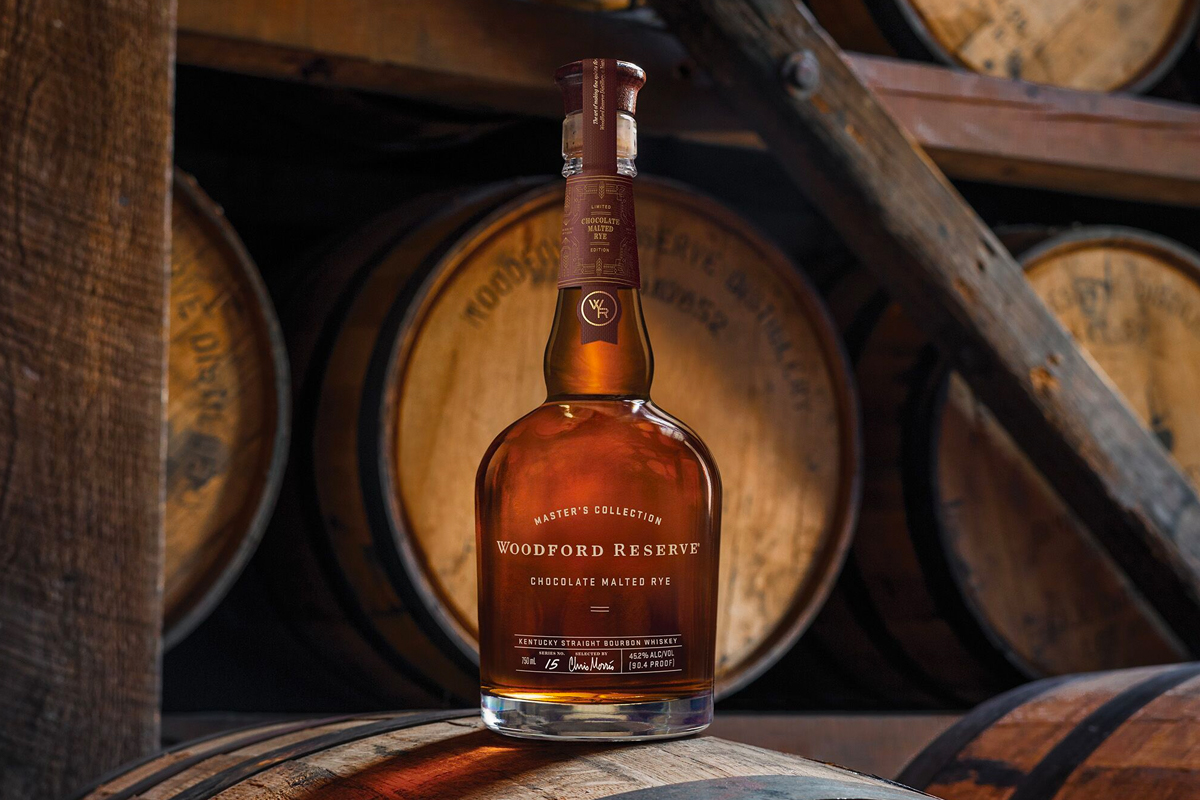 Now in 2019, Morris and Woodford are releasing Woodford Reserve Master’s Collection Chocolate Malted Rye. The concept behind this whiskey was born when Morris discovered that toasting rye grain for an extended period of time makes it taste like chocolate. Morris worked with Assistant Master Distiller, Elizabeth McCall, to produce this expression.

The mash bill is 70% corn, 15% chocolate malted rye and 15% distillers malt. It is bottled at 45.2% ABV and has a suggested retail price of $129.99. Woodford Reserve Master’s Collection Chocolate Malted Rye Bourbon hits shelves in October 2019 in the United States.

News leaked out several months ago that beloved actor and whisky enthusiast, Nick Offerman, was getting his own Lagavulin expression. Offerman has long associated with the Lagavulin brand. His character from Parks and Recreation, Ron Swanson, always kept a bottle of Lagavulin 16 Year on hand. He has also produced content with the brand, including the now-famous Lagavulin Yule Log video in which he sits in front of a fire and quietly drinks a glass of Lagavulin 16 Year for 45 minutes. 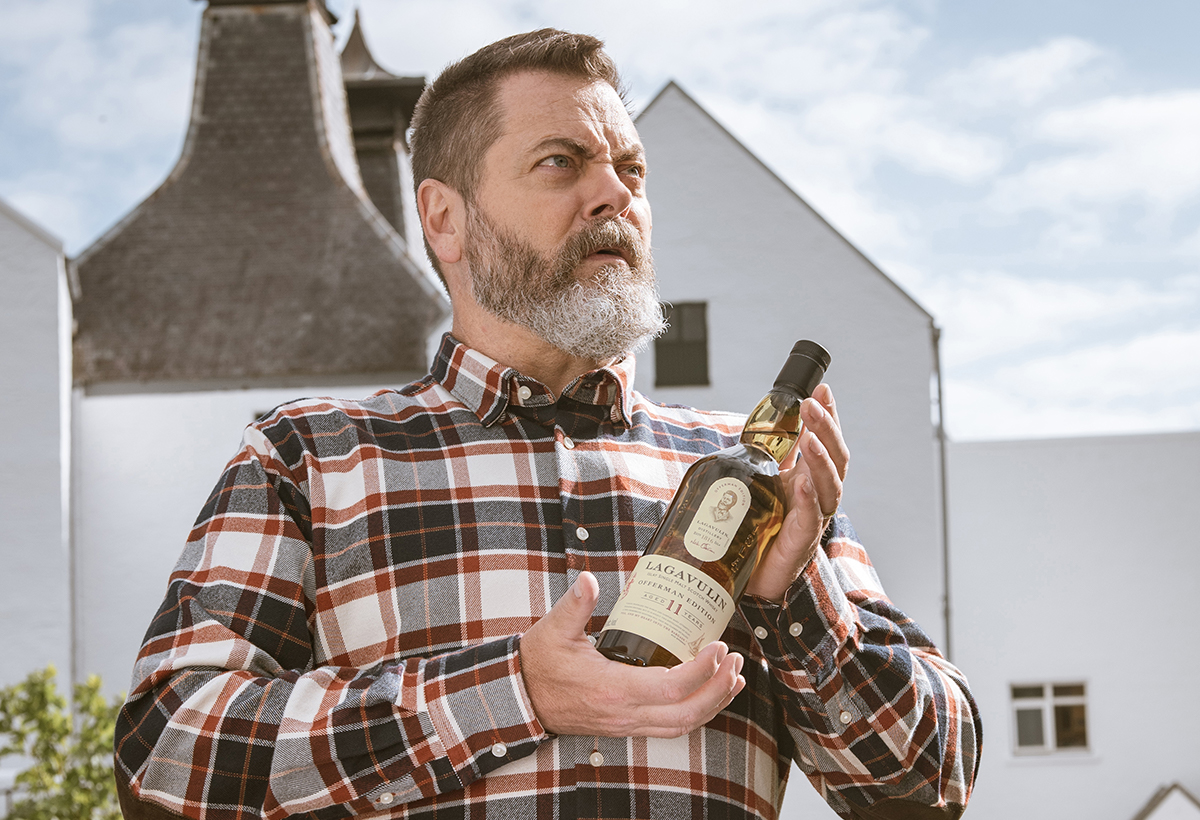 Now, Lagavulin is releasing Lagavulin Offerman Edition 11 Year, a limited edition single malt Scotch whisky. Offerman collaborated with Distillery Manager Colin Gordon to select the liquid to be used in this expression. It is aged for 11 years, bottled at 46% ABV, and has a suggested retail price of $74.99 per 750ml bottle. This limited-edition whisky is exclusive to the United States and hits shelves in October 2019.

This 25-year-old Scotch single malt whisky is Master Distiller Adam Hannett’s third Black Art release for Bruichladdich. As with all of the Black Art releases, the recipe remains a secret. While the types of casks used are not disclosed, we do know that it aged entirely on Islay. This un-peated whisky is bottled at 48.4% ABV, is non-chill filtered and has no artificial coloring. Only 12,000 individually numbered bottles were produced. It is available now for £275.00 (~$352 USD). 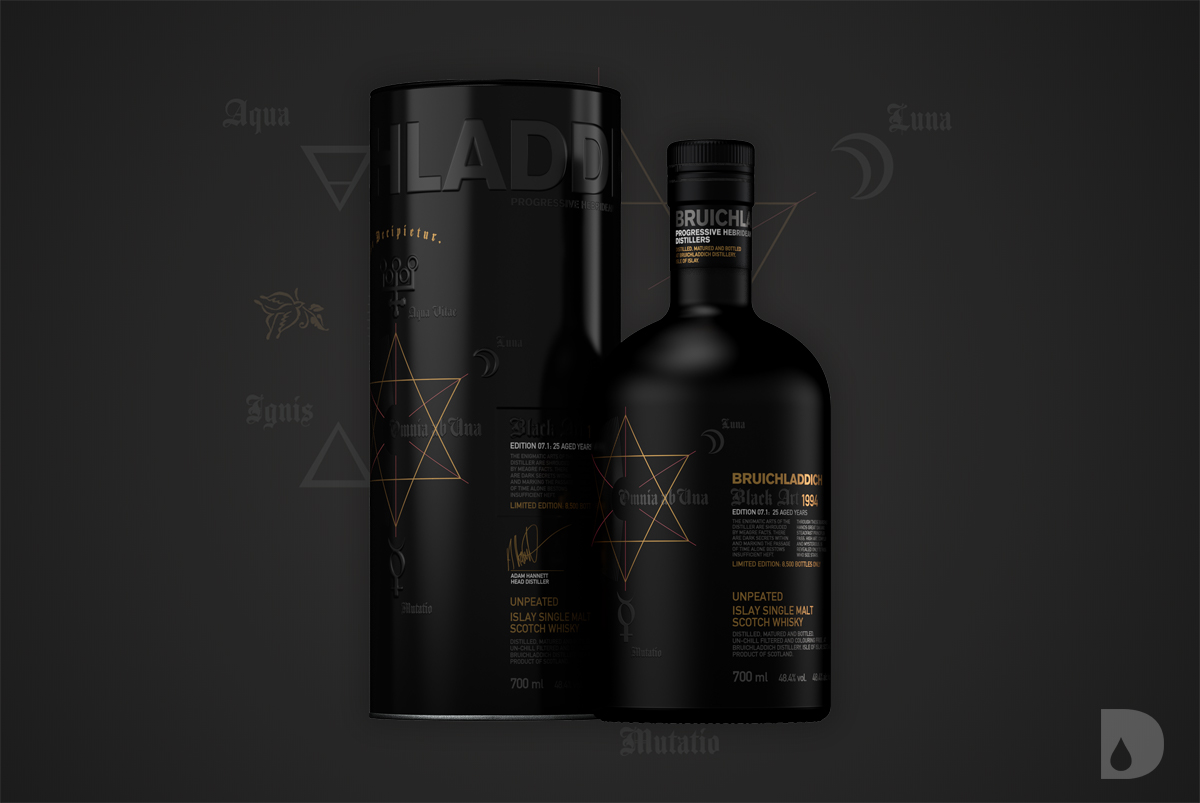 A portion of this 13 year old blended Scotch whisky was finished in American rye casks and the release is exclusive to the United States. It is bottled at 40% ABV and has a suggested price of $35 per 750ml bottle. 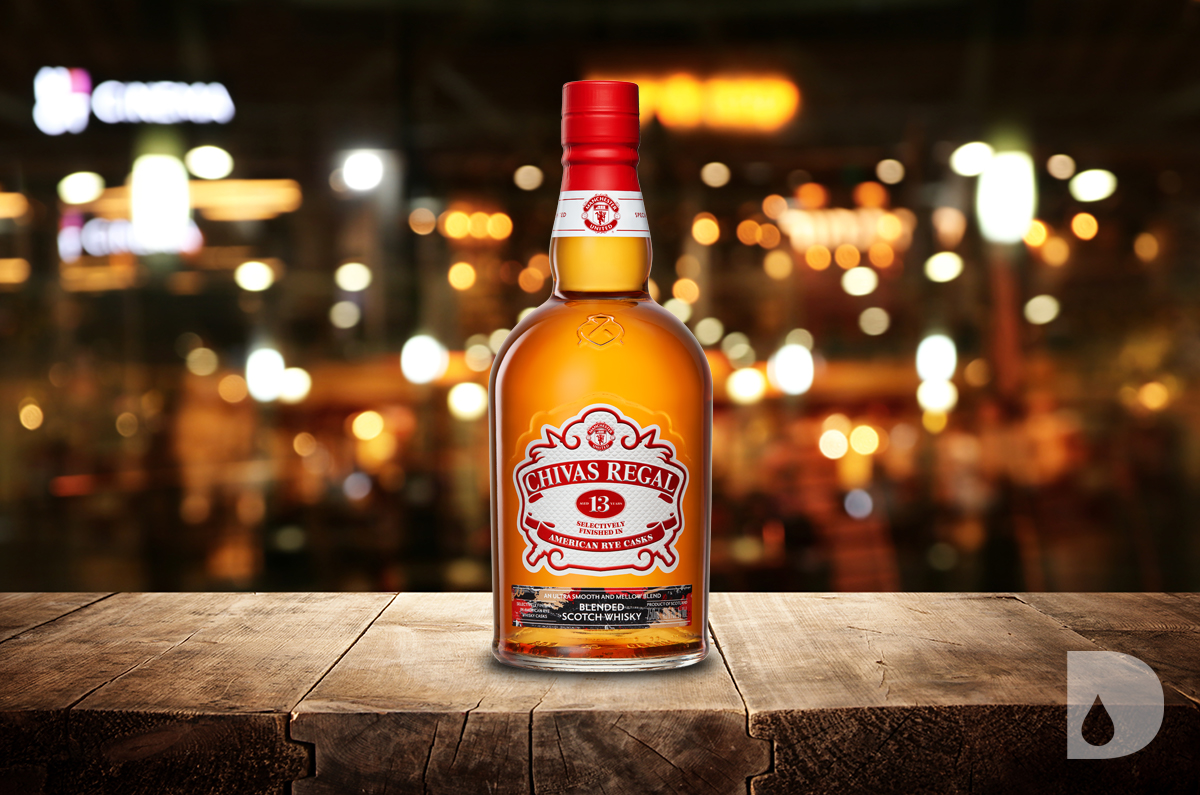 Bacardí Limited plans to release five limited-edition single malt whiskies to the United States in November 2019. The whiskies, from Scottish distilleries Aberfeldy and Craigellachie, are part of the annual Exceptional Cask Series. Plus, for the first time ever, the brand is bringing the series to the United States. Malt Master Stephanie Macleod hand selects each of these rare single cask and double cask bottlings. 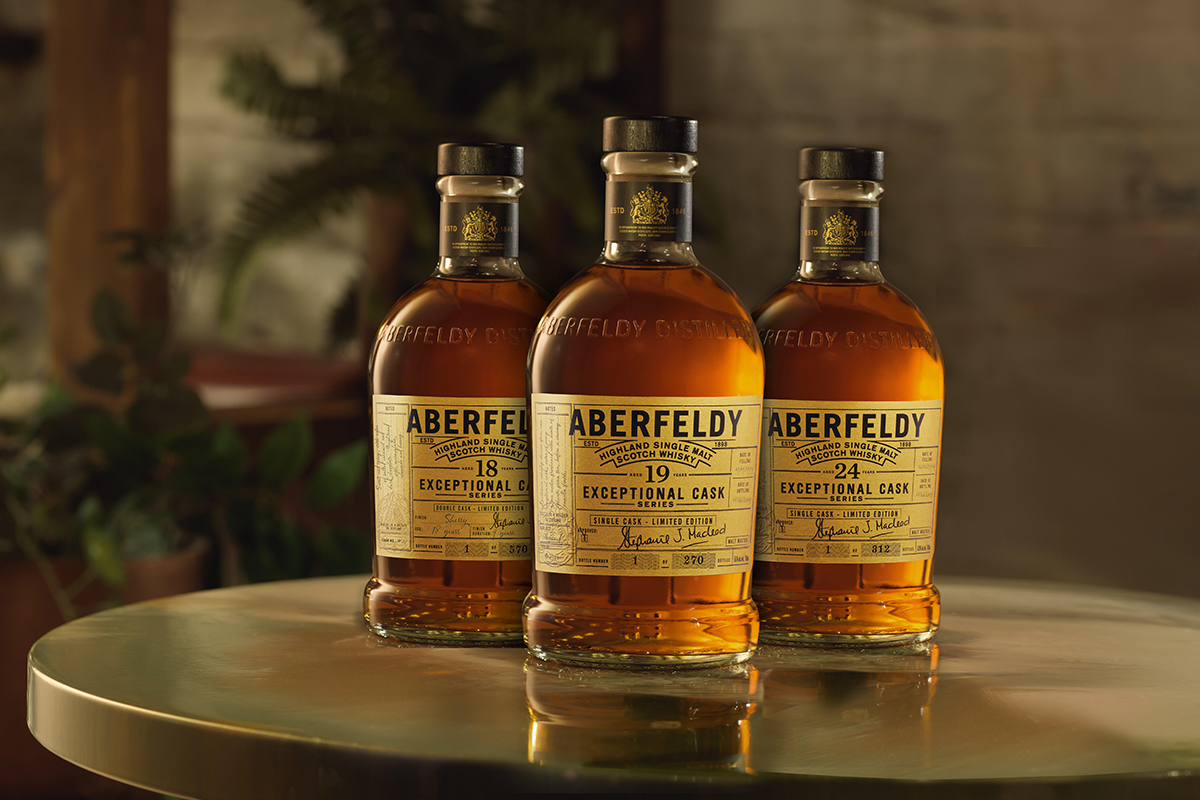 This week La Hacienda Los Camichines announced the launch of Gran Centenario Leyenda Extra Añejo. This tequila begins with 100% blue weber agave from the highlands of Jalisco, Mexico. It ages for four years in new American oak barrels before blending with older tequila reserves to create the final product. It is bottled at 40% ABV and has a suggested price of $150 per 750ml bottle.

Fans of the brand will likely remember a product with the same name but in a different rounded bottle. That product, which matured in French Limousin oak, has been discontinued and replaced by this one. 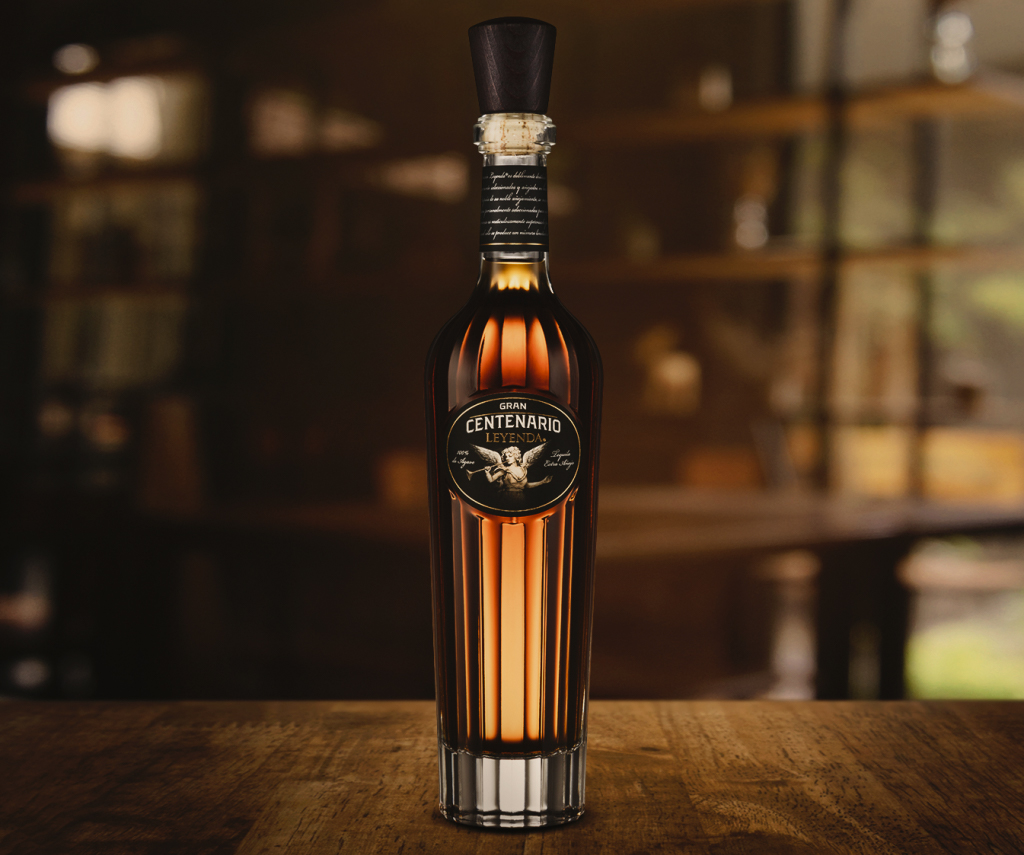 “I always say that we have two faces at El Tesoro–one that looks to the past and respects the tequila-making traditions of my family, and one that looks toward tomorrow for ways to push the category forward,” said Camarena.

The tequila uses 100% estate-grown blue agave, which grows up to eight years in the Jalisco highlands. Once harvested, the agaves cook for three days in hornos, then are crushed using El Tesoro’s two-ton volcanic rock tahona. The juice is double distilled, bottled at 40% ABV and has a suggested price of $99.99. 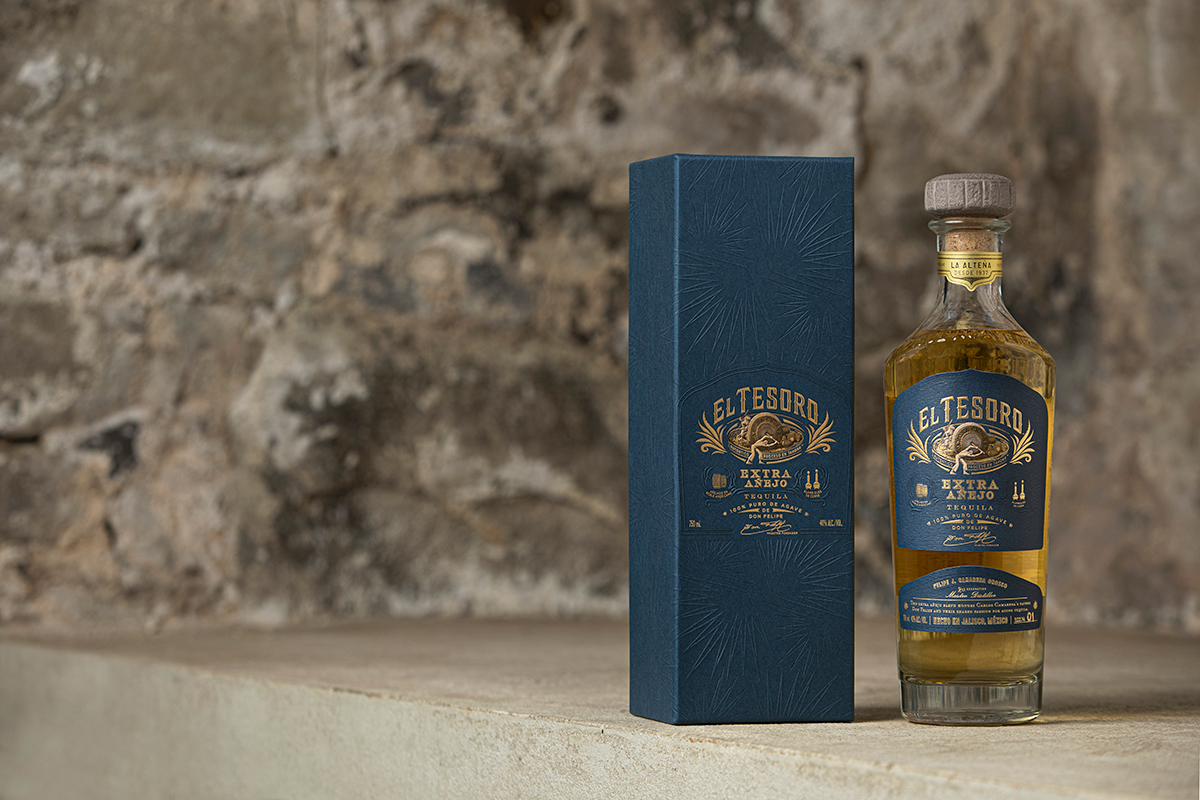 Whiskey lovers should give these aged tequilas a closer look