It’s the first Friday the 13th of 2019 and it’s packed with news and new releases yet again. First, Wild Turkey is celebrating 65 years with Master Distiller Jimmy Russell. The Buddha of Bourbon is the longest-tenured active Master Distiller in the spirits industry. Next, Compass Box is introducing the Compass Box Myths & Legends Series. Made up of three new whiskies, it aims to challenge assumptions and biases in Scotch whisky. Flor de Caña is unveiling its oldest rum ever, and Maker’s Mark is sharing news of its first nationally distributed limited-edition bourbon. Finally, Dewar’s, Lux Row, Rabbit Hole and William Grant & Sons all are introducing new whiskeys. And if you’re into whiskey tourism, don’t miss the news from Bardstown Bourbon Company’s new visitors center. 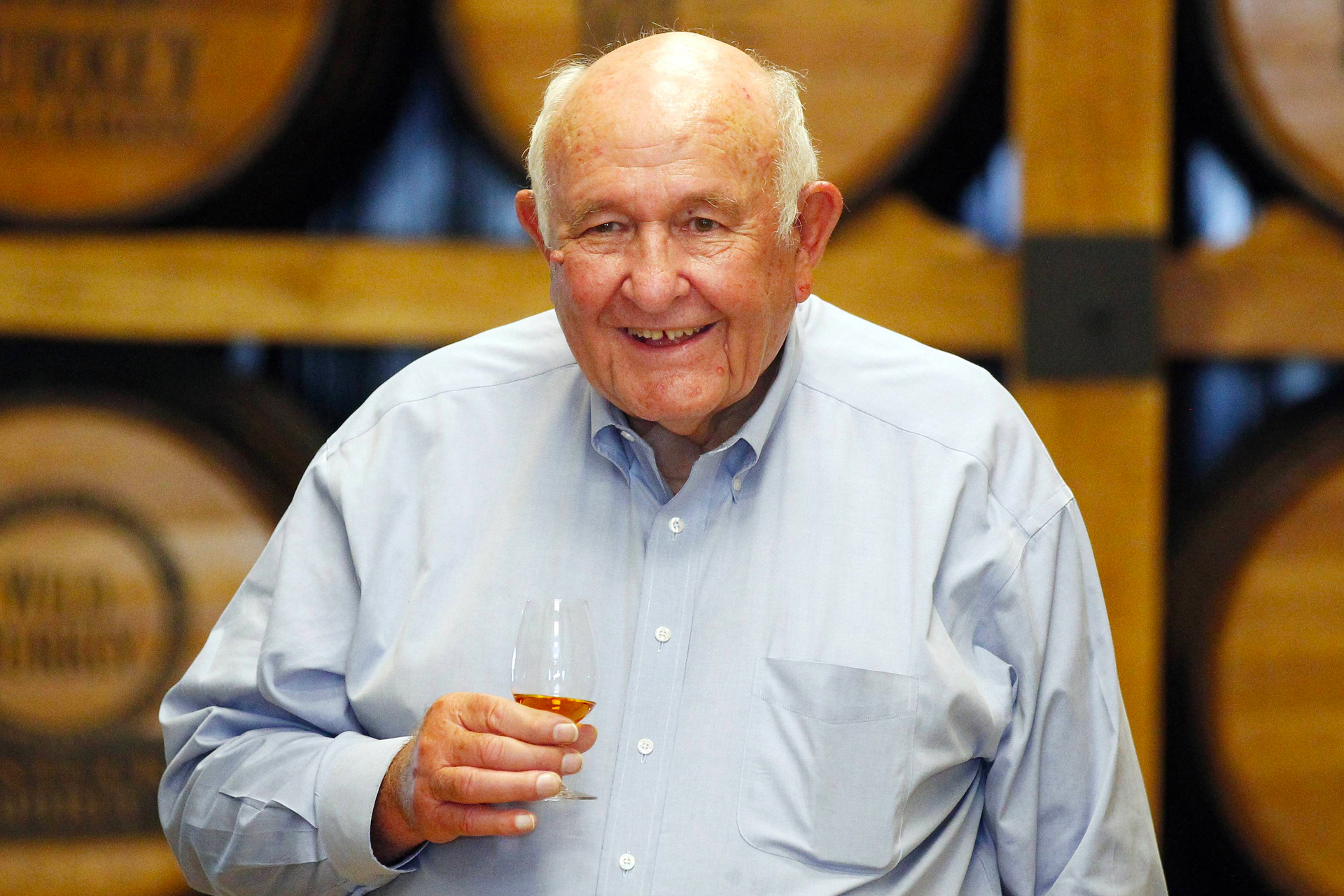 Jimmy is a member of the Kentucky Bourbon Hall of Fame and the Whiskey Hall of Fame. He is also the longest-tenured active Master Distiller in the spirits industry. Cheers to many more anniversaries for the great Jimmy Russell, from all of us here at Distiller!

Visitors can choose from a few different experience levels for their tours. “The Main Event” is a one hour tour through the facility. “Bardstown Bourbon Company’s Best” is a 90 minute tour featuring cocktails, a personal tour from Master Distiller Steve Nally and sensory exercises. Visitors will be able to taste bourbon at various stages of aging and thieve whiskey straight from the barrels. 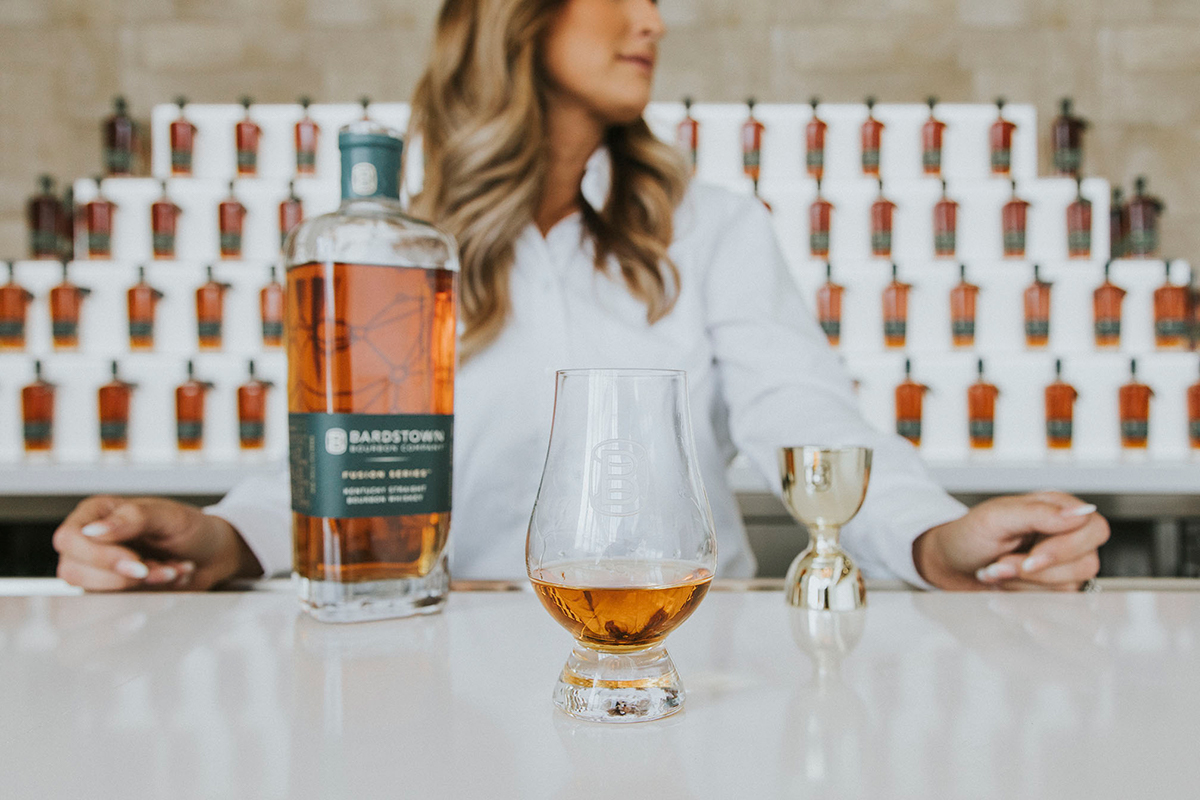 Bardstown’s tours will showcase its experimental distilling process which uses over 40 mash bills for over 24 different contract distilling customers. If you’d like to book a tour you can do so online at bardstownbourbon.com.

Fine Champagne cognac house Rémy Martin is adding a new permanent product to its lineup. Rémy Martin Tercet, like all Fine Champagne cognacs, is made using grapes from the Grande and Petite Champagne regions. The name Tercet refers to the trio of experts that collaborated to create this spirit. Master Distiller Jean-Marie Bernard, winemaker Francis Nadeau and Cellar Master Baptiste Loiseau worked together to create the product, which uses a singular kind of eaux-de-vie originating from Nadeau’s vineyards.

“At Rémy Martin we are free to experiment and create new blends, so when I found this unique eaux-de-vie I dared to explore what it could become,” says Cellar Master Baptiste Loiseau. “Working in tandem with fellow experts and, more importantly, long-time friends Francis Nadeau and Jean-Marie Bernard to see the entire process through, our vision came to life as a novel Fine Champagne cognac, precisely to the standards of the Maison.”

Rémy Martin Tercet is bottled at 42% ABV and will be released first in the United States in limited quantities starting in September 2019. The suggested price for each bottle is $110. 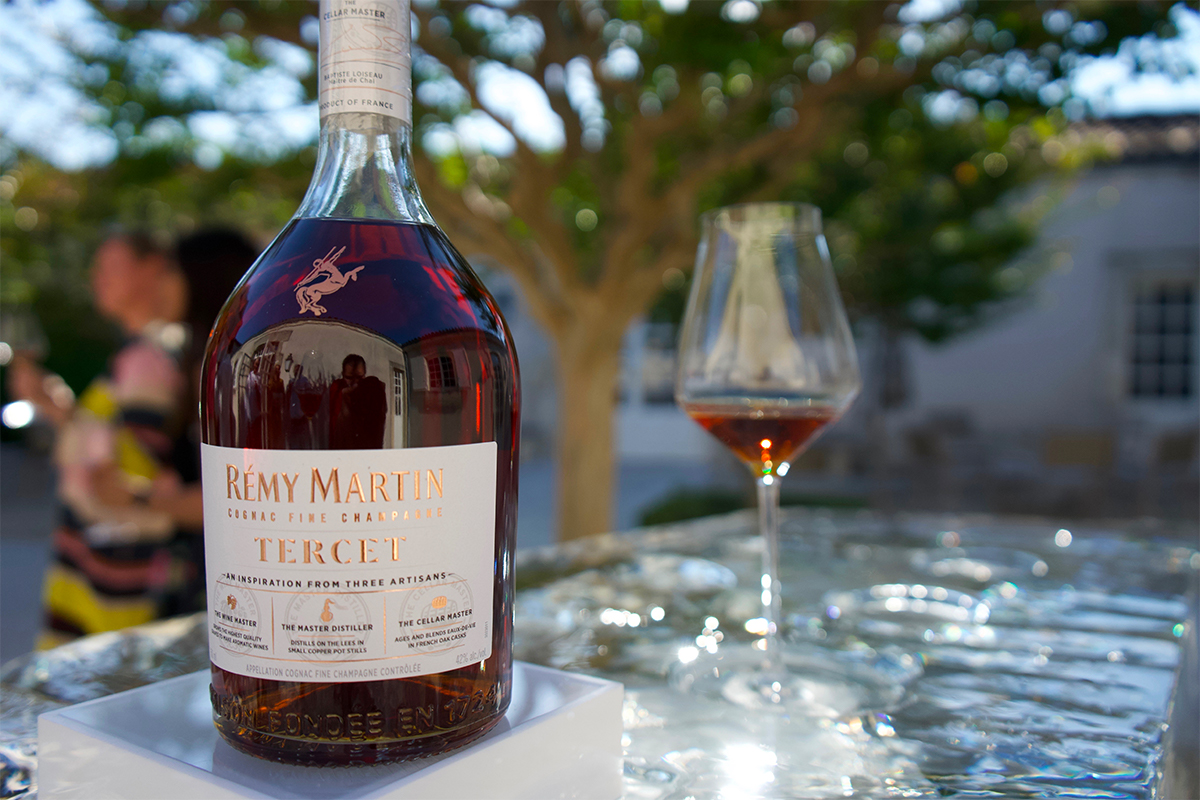 Named Flor de Caña V Generaciones, this rum celebrates Nicaraguan rum brand Flor de Caña’s 130th anniversary in 2020. The name V Generaciones is meant to honor not only the thousands of workers that have been a part of the brand over those years, but also the five generations of family members behind the brand since 1890.

Flor de Caña V Generaciones is a limited edition 30 year rum that was aged in a single barrel since 1988. Each bottle features the signatures of the five generations behind Flor de Caña as well as a bottle cap made from volcanic rock.

The rum is available starting in September 2019 and is limited to only 411 bottles worldwide. Each bottle has a suggested price of $1,200. 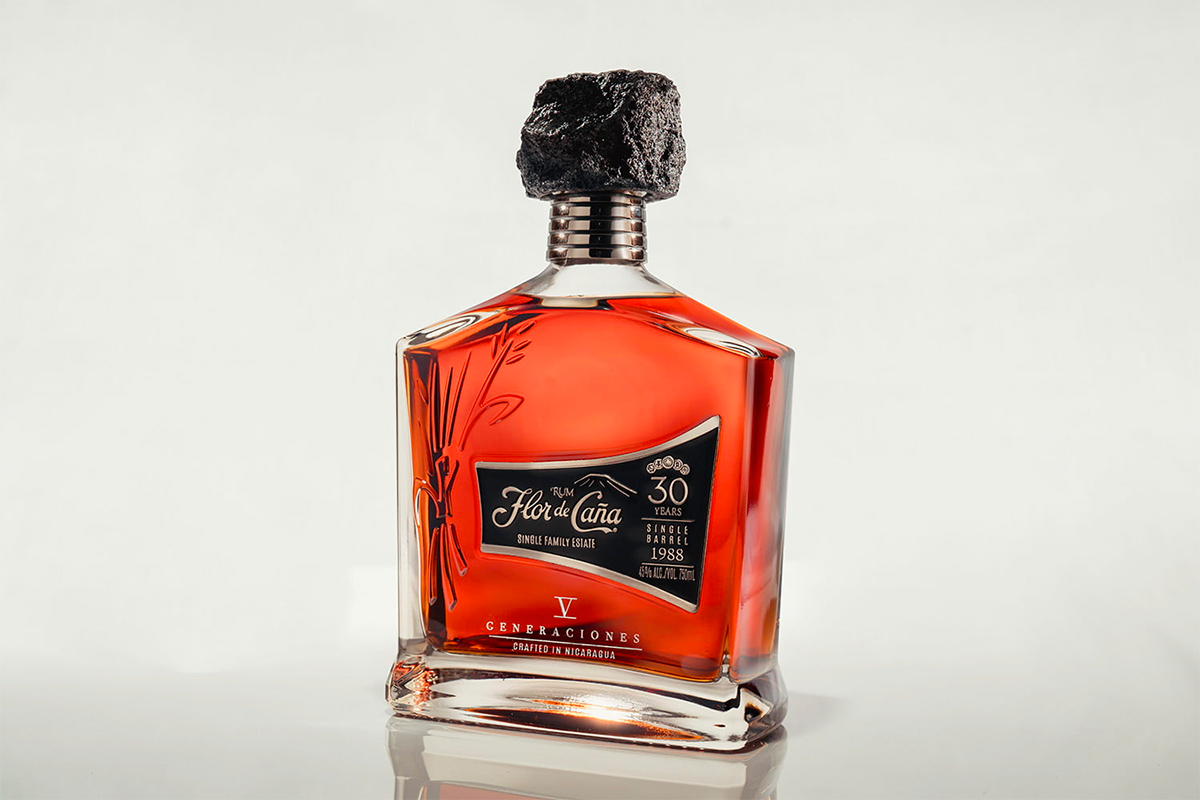 The first expression in the Myths & Legends series is meant to highlight that single casks alone do not often represent the true style of whisky from a distillery. Instead, it is the blending of casks from a distillery that offer the true character. This whisky is comprised of two malt whiskies from the Balblair Distillery. The first is aged for 15-16 years in recharred American oak. The second is aged for 22 years in first fill bourbon barrels. Only 4,394 barrels are available worldwide. It is bottled at 46% ABV.

With the second expression in the lineup, Compass Box blended together malt whiskies from a single Speyside distillery. In this case that distillery is Glen Elgin. The idea behind this expression is to show that the process of whisky creation and maturation matter more than where the whisky comes from. All but one of the six malt whiskies used are aged in recharred American oak hogsheads for 16-22 years. The sixth was aged in refill sherry for 23 years. Only 4,446 bottles are available worldwide. It is also bottled at 46% ABV.

The third and final expression in the Myths & Legends range takes aim at the notion that famous single malt brands should never be used in blending. It takes some of the same parcels from Glen Elgin used in the second expression and adds peated malt whiskies from Highland Park and Caol Ila. The youngest whisky used in the blend aged for 15 years, while the oldest aged for 23 years. Only 4,564 bottles are available worldwide, and like the other two expressions it is bottled at 46% and is non-chill filtered. 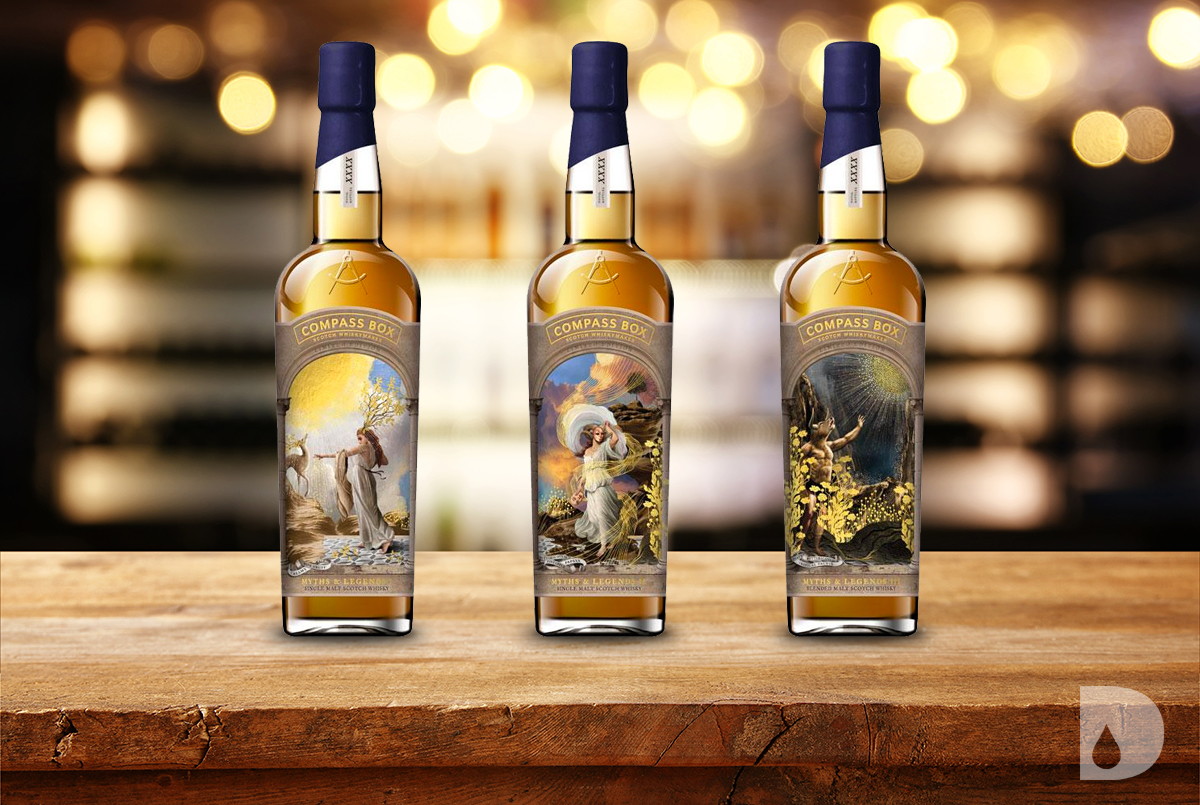 While Maker’s Mark has released plenty of limited-edition bourbons in the past, until now none were available nationally. Maker’s Mark Wood Finishing Series 2019 RC6 is a cask strength bourbon finished using proprietary wood staves, known as Stave Profile RC6. These virgin American oak staves were seasoned for 18 months, then baked in a conventional oven. Next, ten staves were added to each fully-matured cask strength Maker’s Mark barrel for additional aging. Only 255 barrels were produced. The proof on each bottle will range from 108.2 to 110.5. The bourbon will be available across Kentucky and at the distillery in September 2019, followed by a national release in October. 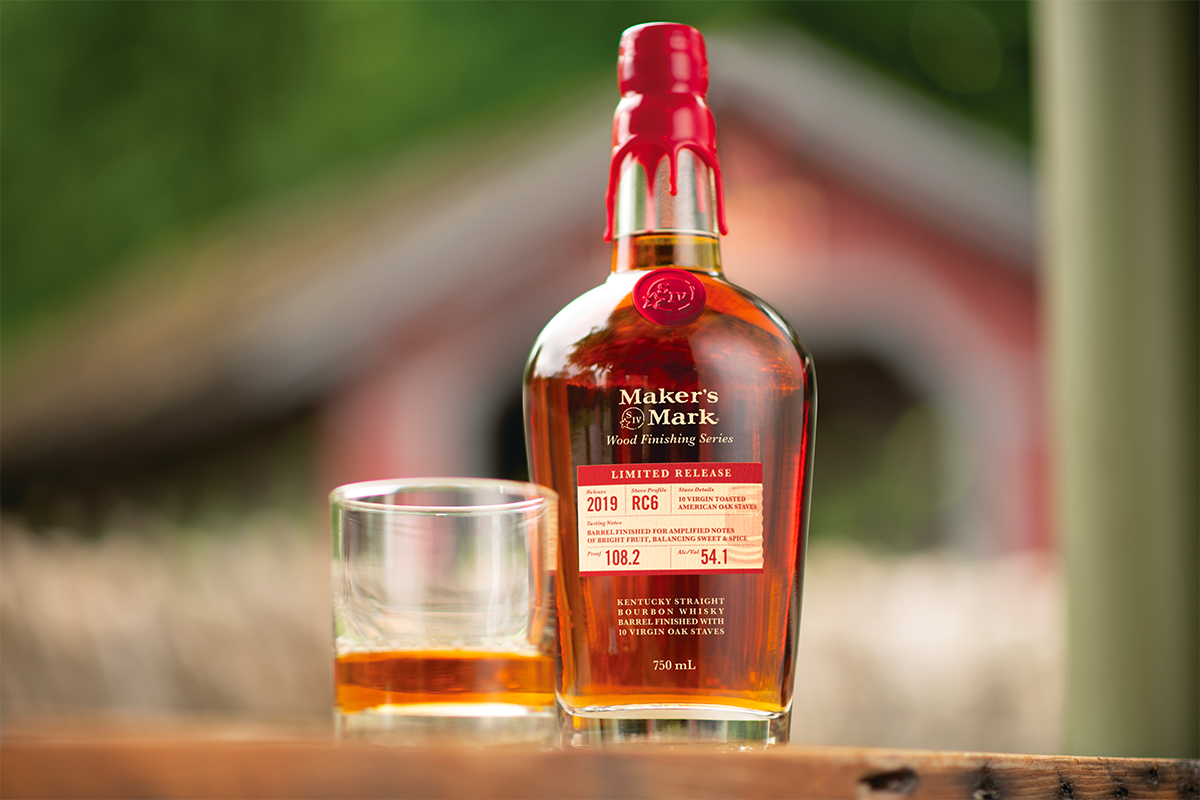 This week Dewar’s unveiled its latest release, named Dewar’s Caribbean Smooth. Is is made using up to 40 different single malts which aged for at least 8 years. The blend was finished in ex-Caribbean rum casks for an additional 6 months. 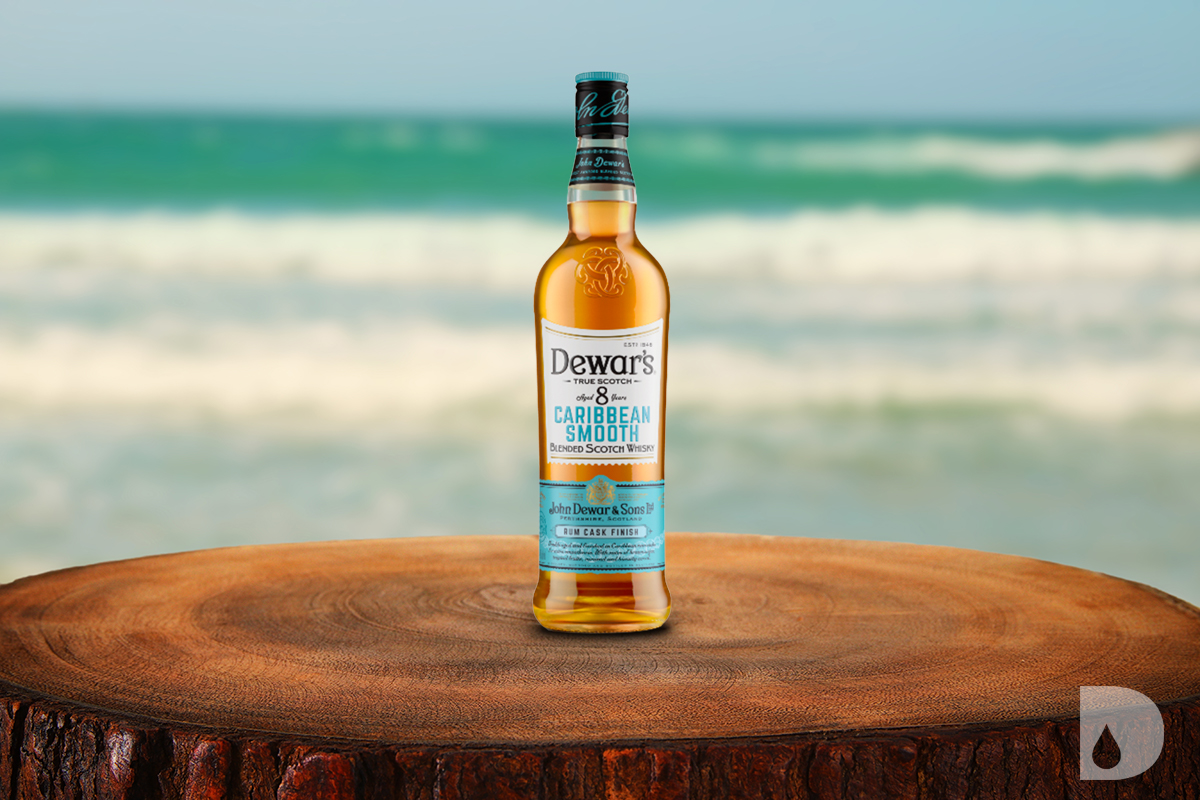 Only 6,000 bottles of this bourbon were created, and availability will be limited to Kentucky starting in September 2019. 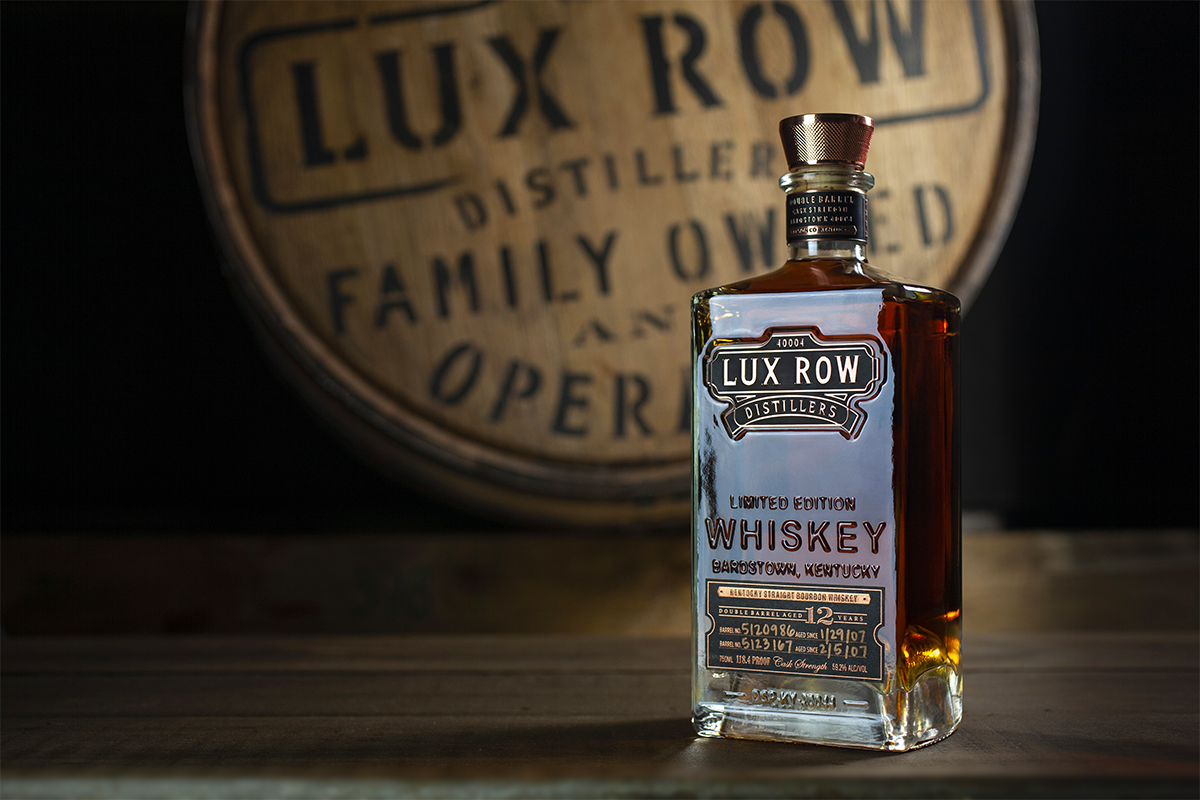 In September 2018, William Grant & Sons introduced a new whisky brand called Aerstone to the UK. The brand’s aim is to demystify whisky for beginners. With this goal in mind, the focus is placed on how maturation and malting affect flavor. Now a year later in September of 2019, the two Aerstone whisky expressions are coming to the United States.

Aerstone Sea Cask 10 Year is a Speyside single malt that spent 10 years aging in warehouses located close to the sea on the Ayrshire coast of south west Scotland. It is bottled at 40% ABV and has a suggested price of $28.99.

Aerstone Land Cask 10 Year is a peated single malt that used highland peat in the malting process. This whisky aged further inland than the Sea Cask, though the actual location is not disclosed. Like its counterpart, Land Cask is bottled at 40% ABV and has a suggested price of $28.99. 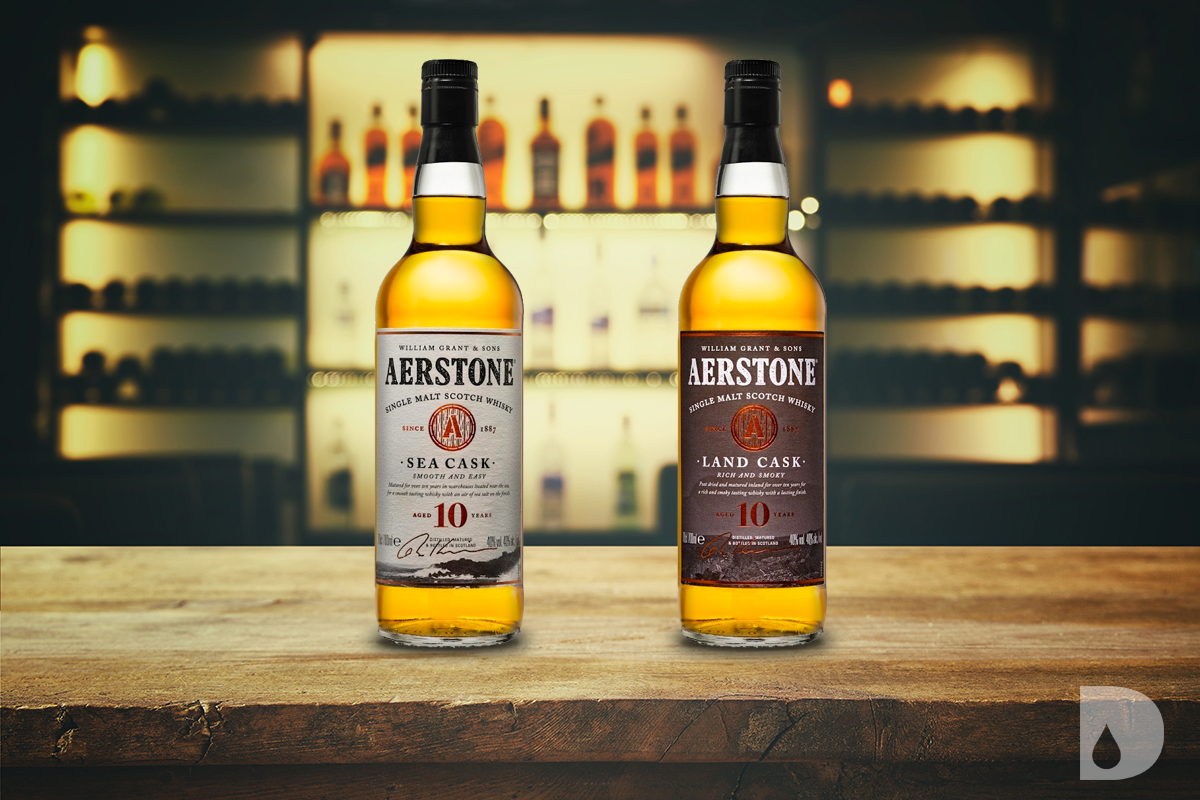 Heigold is a high-rye bourbon made with a mash bill of 70% corn, 5% malted barley and 25% malted rye imported from Germany. It is aged for just under 4 years in new toasted and charred American oak (char #3).

It is non-chill filtered and bottled at 47.5% ABV with a suggested price of $69.99 per 750ml bottle. The bourbon launches across the United States at bars and stores in late September 2019. The new release coincides with a repackaging and renaming of the other whiskeys in its portfolio. Boxergrail, Cavehill, and Dareringer are the new names for its rye, bourbon, and bourbon finished in PX sherry respectively. However, the juice in each remains the same in all three bottles. 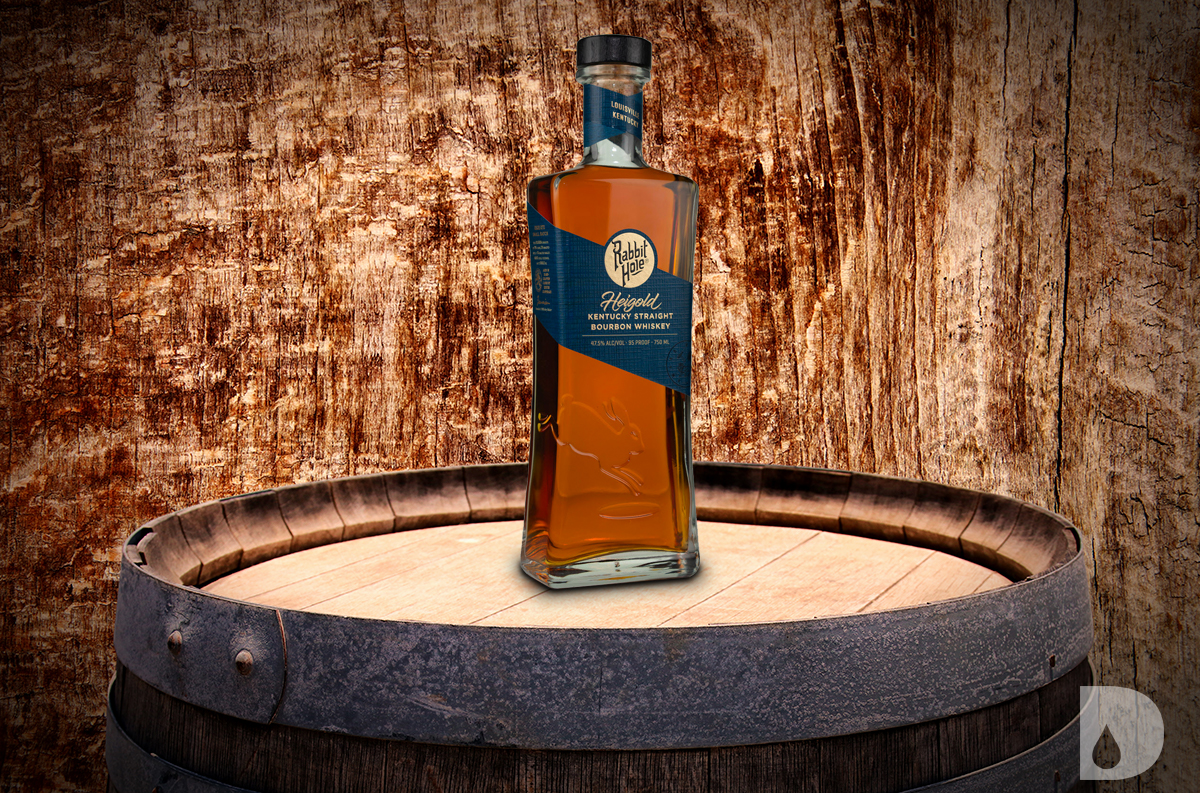 Whether you’re hunting for one of the Compass Box Myths & Legends or that latest Maker’s Mark release, there’s only one place to get the latest scoop.