Well, another week is coming to a conclusion and we’ve got tons of new spirit releases to share. First, Bruichladdich announced the latest in its super-heavily peated portfolio: Octomore 11. Availability for these single malts begins October 1st, so get your palate ready! Also announced this week is a total reinvention to the Hudson Whiskey portfolio as well as a makeover to its labels.

Not only do we have whiskey releases to share this week, but there’s a tequila collection both tequila and whiskey fans might be interested in finding. The Expresiones del Corazón line features tequila aged in former Buffalo Trace Antique Collection whiskey barrels. And unlike the whiskey, you might actually be able to find these bottles right on the shelf!

This is another chock-full week of new releases so without any further ado, here’s Distiller’s Friday Roundup for September 18, 2020!

This week, Islay-based Bruichladdich Distillery announced this year’s release for its super-heavily peated portfolio. Octomore 11 features four new single malts, three of which will make their way to the US. Bruichladdich is committed to transparency and shares a lot of information including the type of barley used and location of its harvest. All of the malted barley used in these four single malts is 100% Scottish-grown. As is standard for the distillery, each is bottled without chill-filtration or added color. Availability begins October 1, 2020. 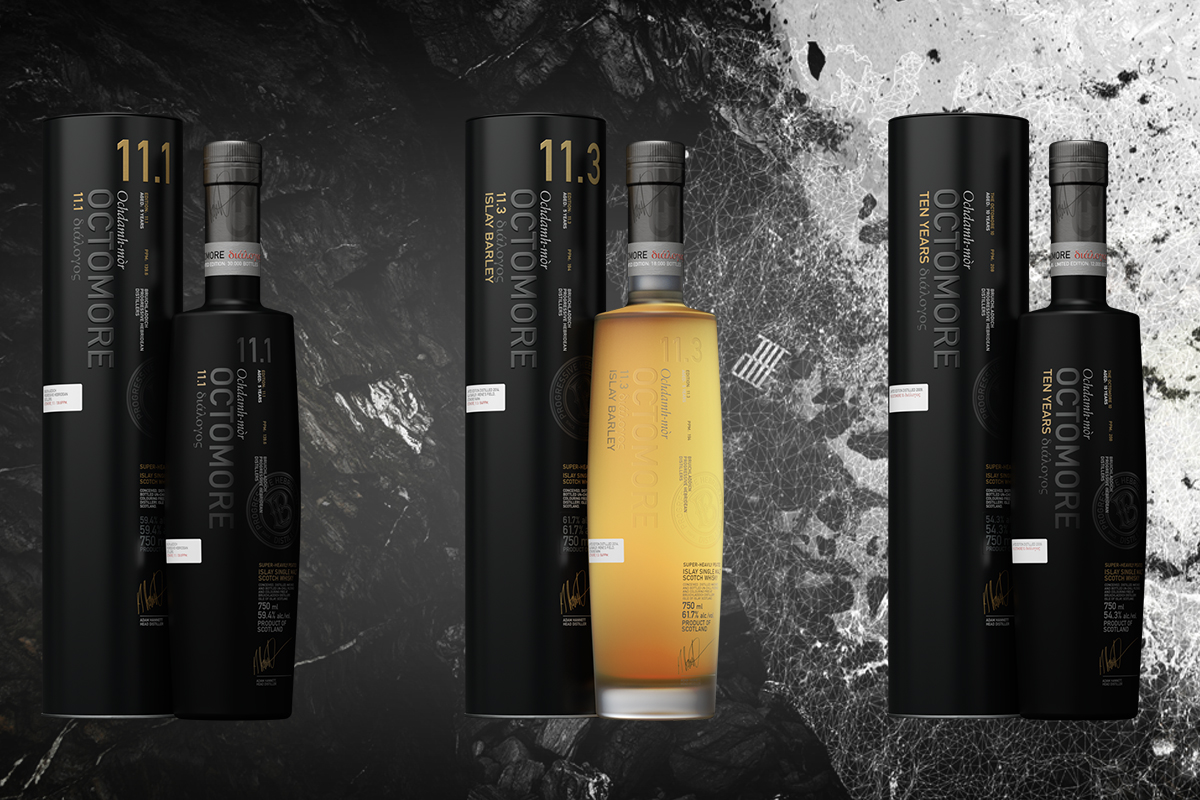 This too was made from Concerto & Propino barley harvested in 2013. It was distilled in the winter of 2014. The barley was malted to 139.6 ppm and the spirit was split into two parcels. Both parcels aged for 5 years. Parcel one matured fully in ex-European oak wine barrels from Pauillac and made up 25% of the bottling. Parcel two initially matured in ex-American oak whiskey casks and then transferred to former Saint-Julien wine casks from May 2018-January 2020. Then the two parcels were married and bottled at 58.6% ABV. Octomore 11.2 will not be available in the US.

This single malt is made from Concerto barley harvested in 2013 from Irene’s Field on Octomore Farm. The barley was malted to 194 ppm and the single malt aged for 5 years in first-fill American whiskey casks from Jim Beam, Heaven Hill, Buffalo Trace and Jack Daniel’s. Octomore 11.3 is bottled at 61.7% ABV and has an SRP of $259.99.

The single malt was made from Optic barley distilled in 2009. The barley was malted to 208 ppm and the single malt aged for 10 years predominantly in ex-American whiskey casks (both 1st and 2nd fill) from Jim Beam, Heaven Hill, Buffalo Trace and Jack Daniel’s. Virgin oak barrels were also used. Octomore 10 Year 2020 Edition is bottled at 54.3% ABV with an SRP of $234.99.

Tuthilltown Distillery, where Hudson Whiskey is made, was the first distillery in the state of New York to open since Prohibition when it was founded in the early aughts. The Hudson Whiskey portfolio first launched in 2006 with Hudson Baby Bourbon and soon added Manhattan Rye, Single Malt, Corn, and Four Grain Bourbon to the line soon after. This week Hudson Whiskey, now owned by William Grant & Sons, announced a reinvention to its whiskey portfolio with three core whiskeys and one limited edition release. All of the previous releases have been discontinued.

Notably, each of the whiskeys is aged for a minimum of 3 years, which is an increase from the initial releases. Additionally, each of the rye whiskeys are certified Empire Rye whiskeys which shows a commitment to use New York State grains. Availability for the new portfolio begins in the Tri-State area as of September 2020 with a nationwide roll out to follow. 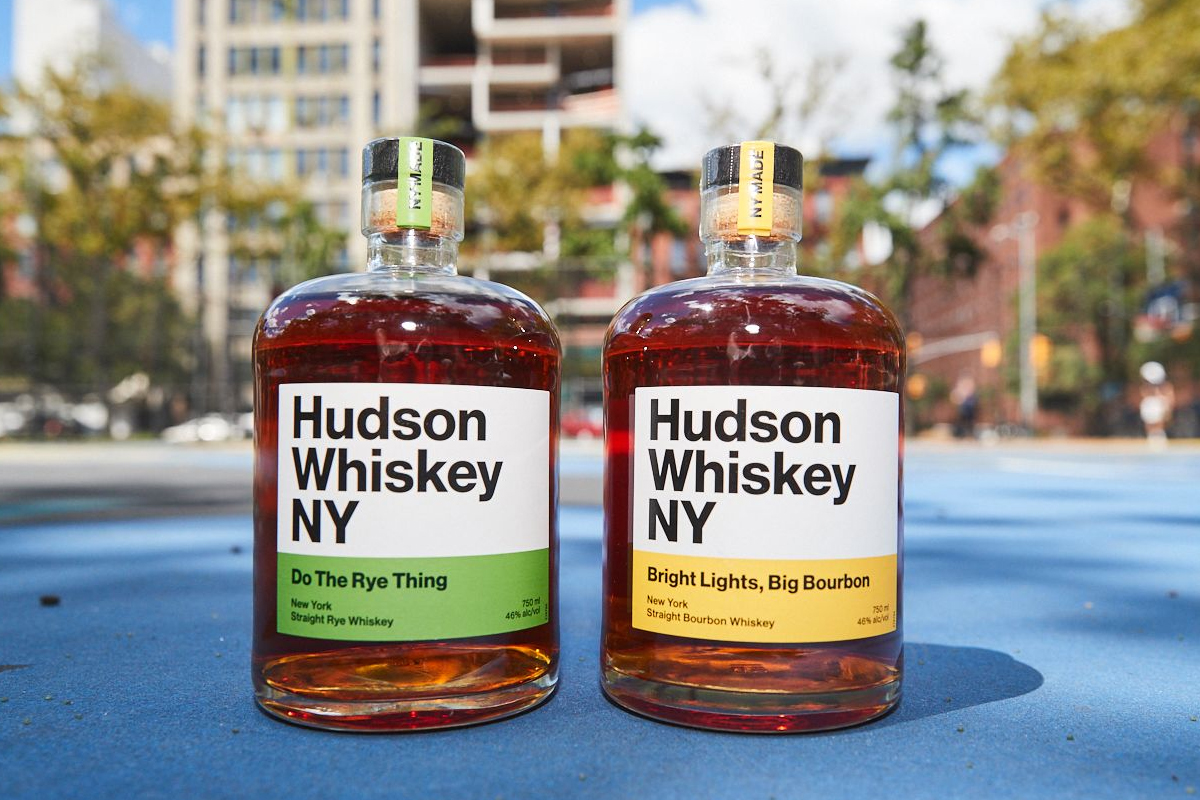 Do The Rye Thing

Short Stack begins with a mash bill of 95% New York rye and 5% malted barley. It was aged for a minimum of 3 years in new, charred American oak barrels. The rye whiskey is then placed in barrels which formerly held Vermont maple syrup to finish its maturation. This bottling replaces the brand’s Maple Cask Rye release. It has an SRP of $54.99 (750ml).

This rye whiskey is made with a mash bill of 95% New York rye and 5% malted barley. It was aged for a minimum of 3 years in new, charred American oak barrels. Meanwhile, ex-Hudson Whiskey bourbon barrels were sent to Scotland and filled with peated Scotch whisky. Once dumped, they returned to New York and were filled with this straight rye to finish its maturation. This limited edition release is bottled at 46% ABV. It has an SRP of $54.99 (750ml).

Fistful of Bourbon Gets Nationwide Release

First released in 2018 in Texas, Fistful of Bourbon is made by blending five straight bourbons sourced from one or more undisclosed sources. This blended bourbon is made by William Grant & Sons Master Blender Brian Kinsman and Kelsey McKechnie, William Grant & Sons Whisk(e)y Blender. Fistful of Bourbon does not use any neutral grain in its composition. Bottled at 90 proof, it gets a nationwide roll-out beginning in September 2020. It has an SRP of $24.99 (750ml) and $1.99 (50ml).

To coincide with the expanded release, the brand has launched a Spaghetti Western trailer made by writer and Saturday Night Live Movie Short Director Paul Briganti. You can check it out here. 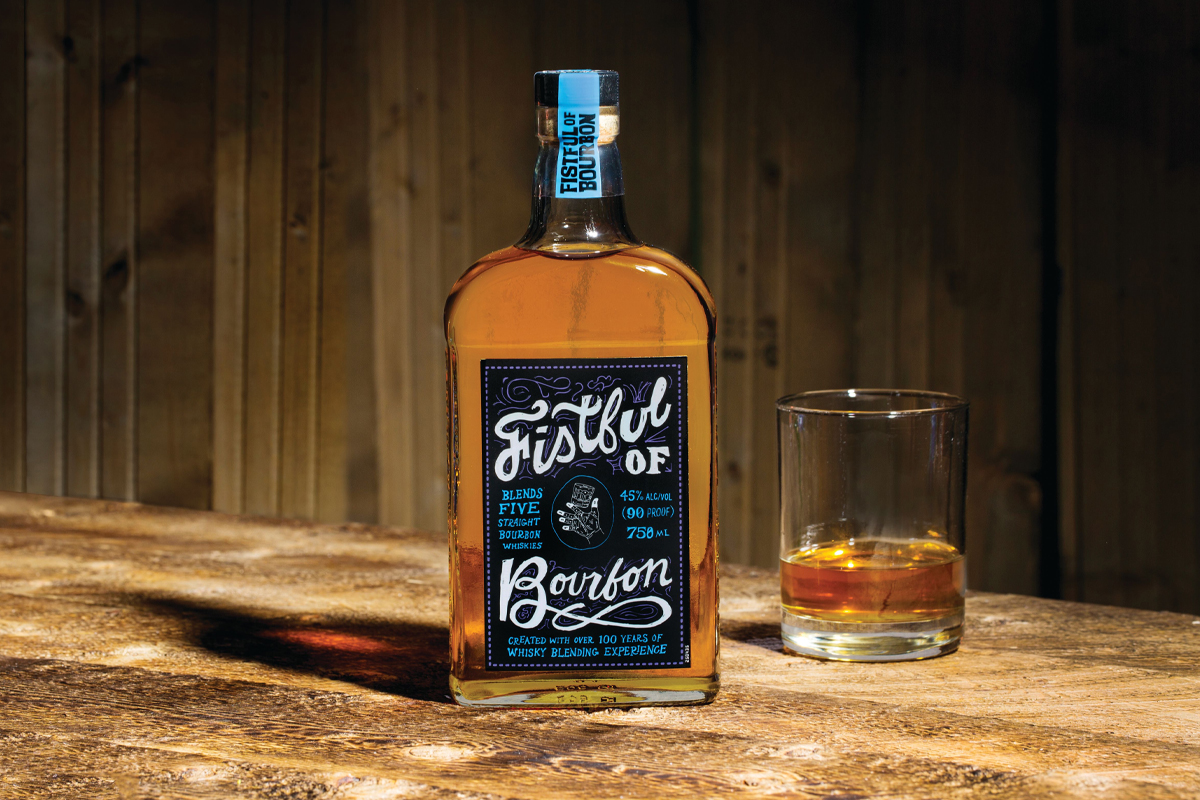 This whiskey is the oldest release to date from the Colorado distillery. It is made from 100% malted barley and Colorado spring water. It ages for 10 years in new, charred American oak with a level 3 char. With up to 80% lost in the angel’s share, just 500 bottles are available this year. Availability begins September 2020 in Colorado, California and New York. Its SRP is $129.99. 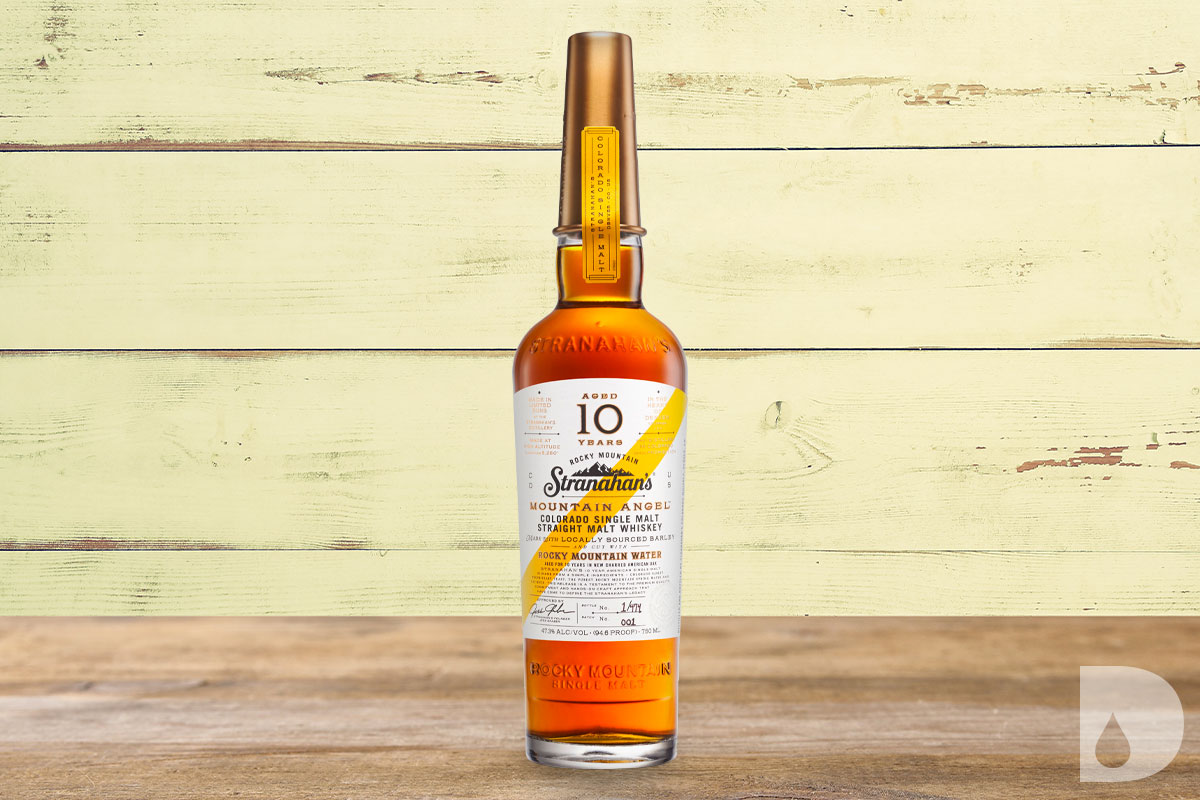 Traigh Bhan (Tri-Van) is named after a local Islay beach also known as the Singing Sands. The 2020 expression matured for 19 years in American oak and ex-oloroso sherry casks. This year differs from the first batch with a higher proportion of first-fill bourbon casks. Like the previous edition, Ardbeg released this batch with a unique code on the bottle and carton. The code for the 2020 edition is TB/02-18.09.00/20.JT with this year’s edition having been signed by Ardbeg Visitor Center Manager Jackie Thompson. It is bottled without chill-filtration at 46.2% and has an SRP of $300. 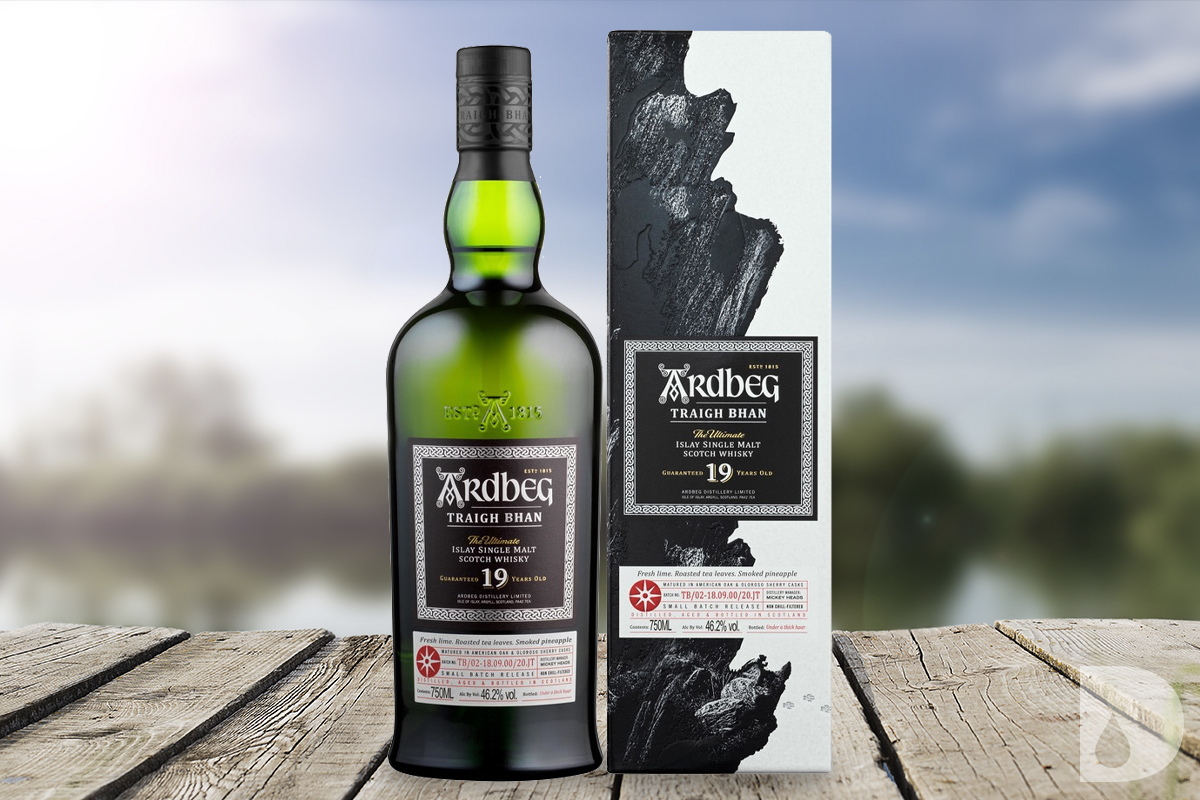 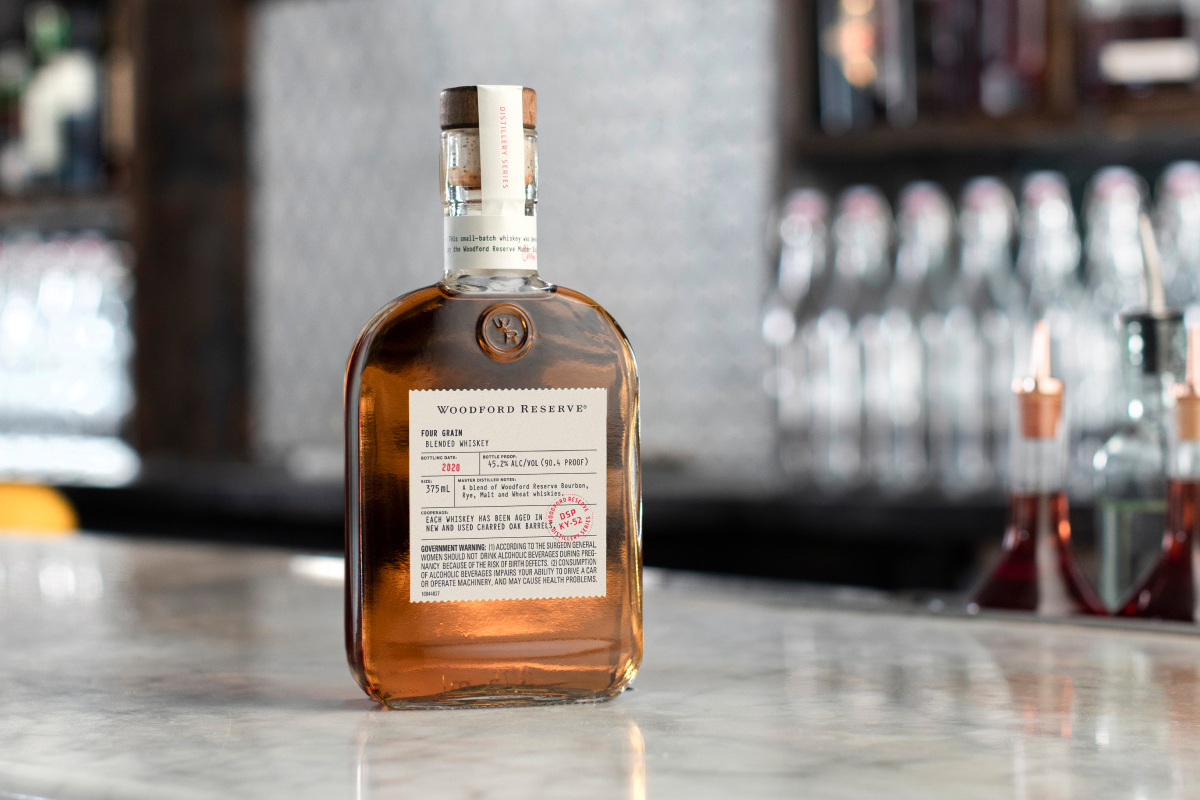 This year’s release marks the 10th Christmas Edition for Douglas Laing’s Big Peat, an Islay blended malt release featuring peated single malt from Ardbeg, Bowmore, Caol Ila and Port Ellen. This is bottled at a natural cask strength of 51.3% ABV. Available as of September 2020 globally including key markets in Europe, North America and Asia. Its SRP is $69.

This is the second release in the Templeton Rye’s limited edition Barrel Finish Series. The brand took American straight rye which had aged for five years in American oak then placed it into first-fill Caribbean rum casks (Jamaican dark rum) to finish maturation. The whiskey is bottled without chill-filtration at 46% ABV. It will be available in the US and select international markets as of fall 2020 with an SRP of $44.99-$50. 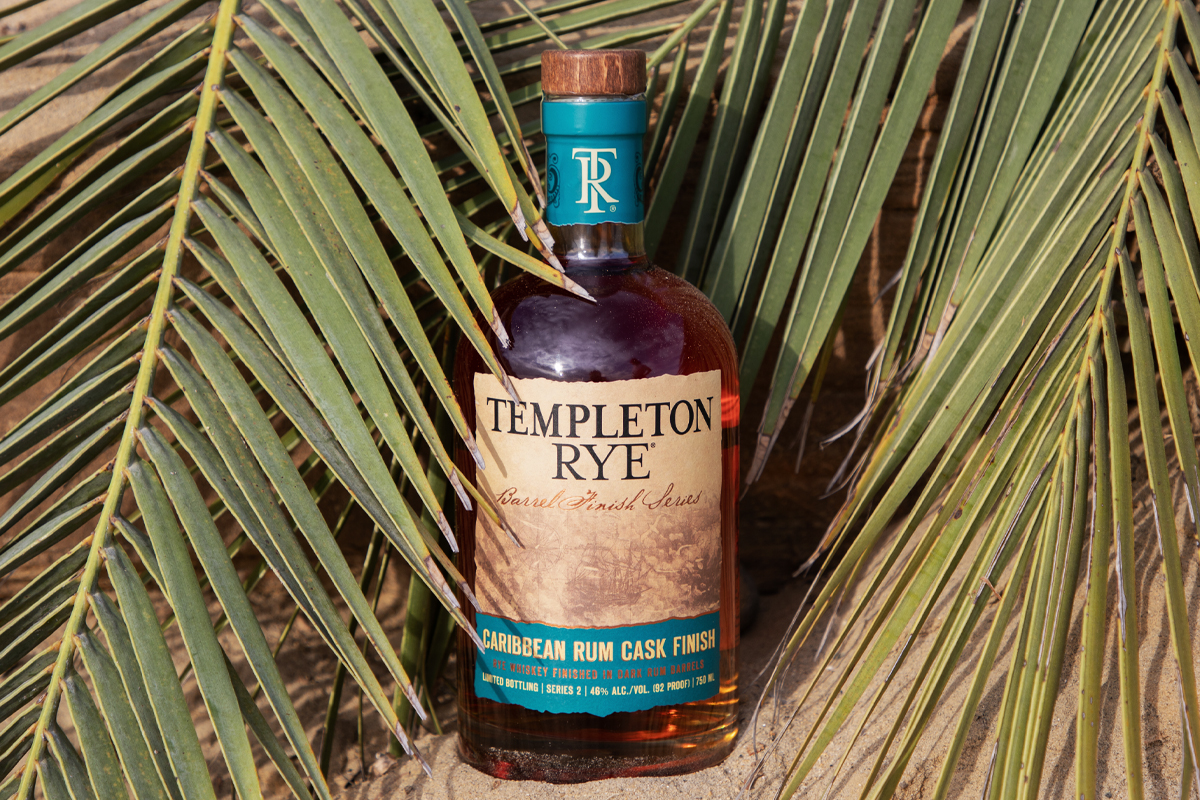 To make this limited edition release, FEW takes its Straight Rye (70% rye, 20% corn, 10% malted barley) at cask strength. The the whiskey is proofed down using cold-extracted 8 Immortals Dancong oolong tea sourced from Denver-based tea purveyor The Tea Spot. No sugar or other additives are used. Bottled at 46.5% ABV, only 6000 bottles available nationwide beginning in September 2020. It has an SRP of $44.99. 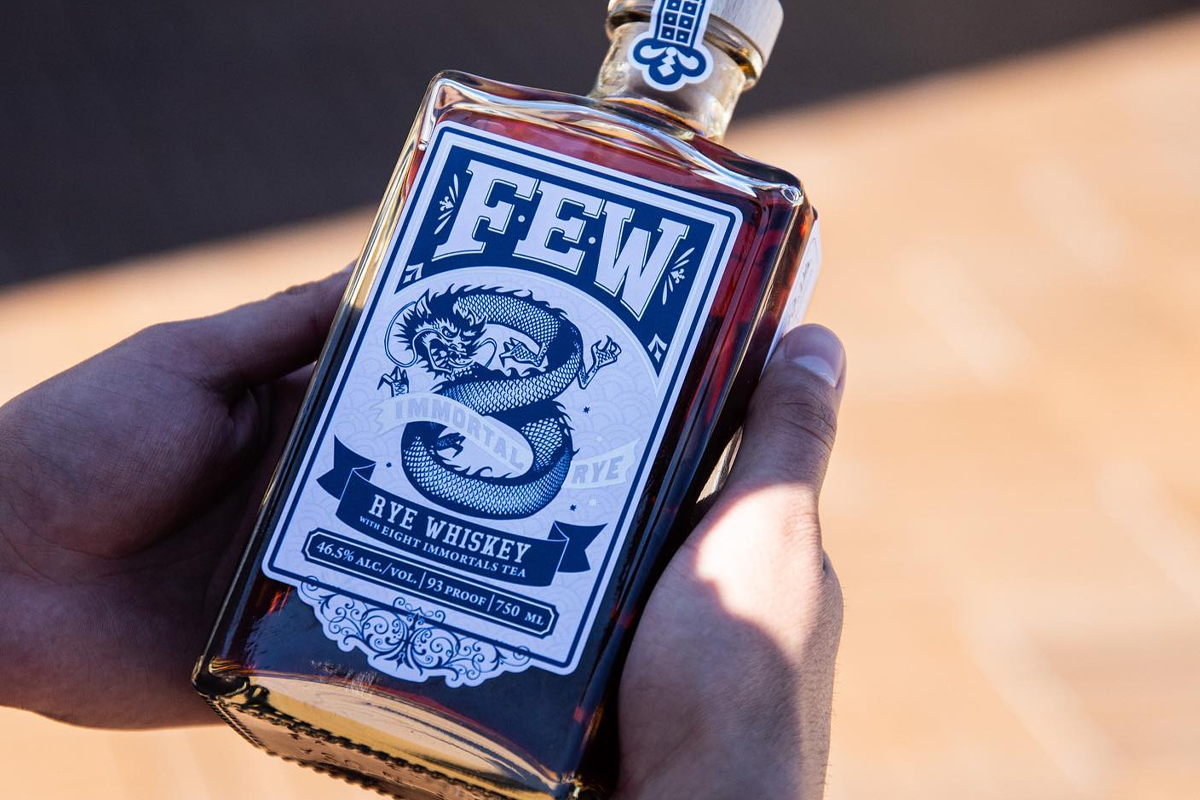 This batch features straight bourbon whiskeys distilled in Kentucky, Tennessee and Indiana. The ages range from 5-15 years and include different recipes including corn-forward, wheated and high-rye bourbon mash bills. This marks the first time Barrell Craft Spirits has included a wheated bourbon in its bourbon batches. It’s blended and bottled in Kentucky at a cask strength of 113.4 proof with an SRP of $89.99.

Nc’nean is an independent distillery which is certified organic by the Biodynamic Association. Furthermore, Nc’nean—pronounced Nc-nee-an—is a zero-waste distillery powered by 100% renewable energy. This is the first commercially available single malt batch for the brand. It is made from 100% organic Scottish barley which aged for 3 years in ex-bourbon and specially treated STR (shaved, toasted and repaired) ex-red wine casks. It is bottled at 46% ABV and 5,000 bottles will be available at specialty retailers in the UK as of September 2020 for £47.95. 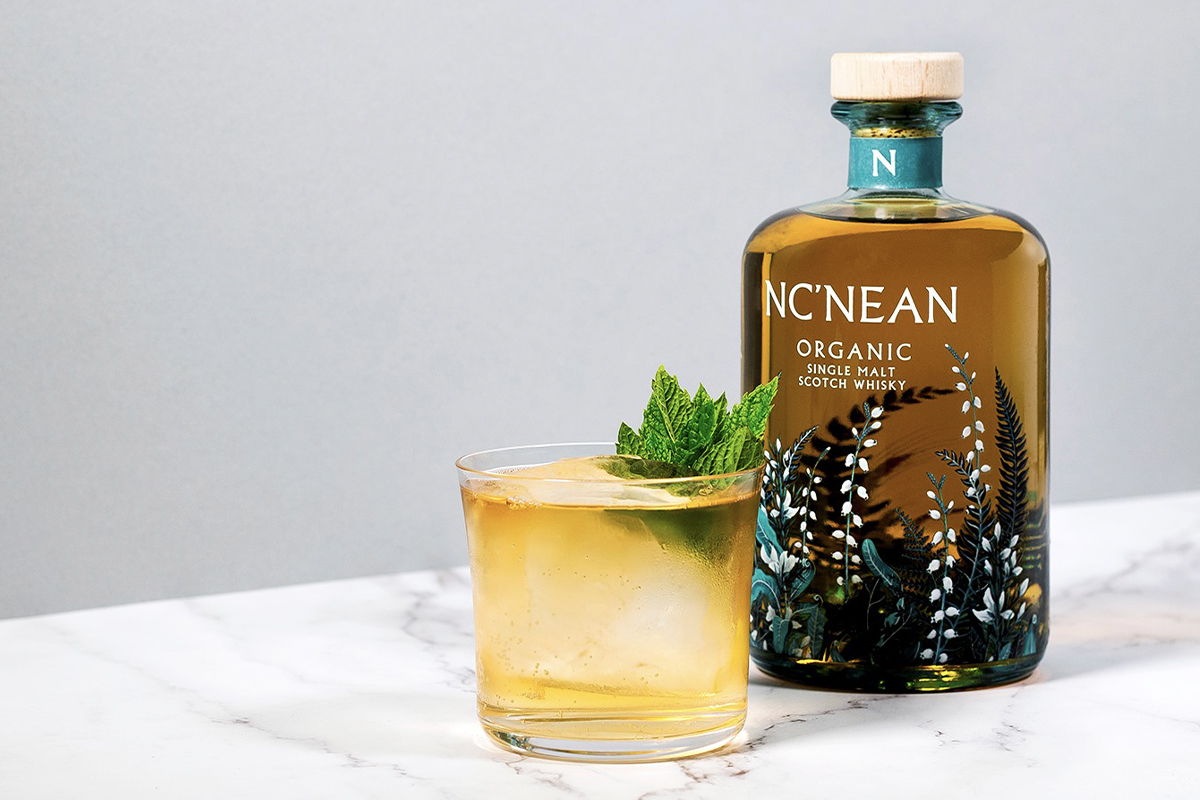 This is a collection of barrel-aged tequilas from Corazón Tequila, a tequila brand made at Casa San Matías Distillery in Jalisco. What makes this collection unique is that the aged tequilas use barrels which formerly held one of the five whiskeys in the Buffalo Trace Antique Collection. This year, just three of the five whiskeys were featured. It begins with a blanco tequila made with agaves from the Highlands of Jalisco. Then the tequila is placed in these coveted barrels to age. Each release is bottled at 80 proof and has an SRP of $79.99. 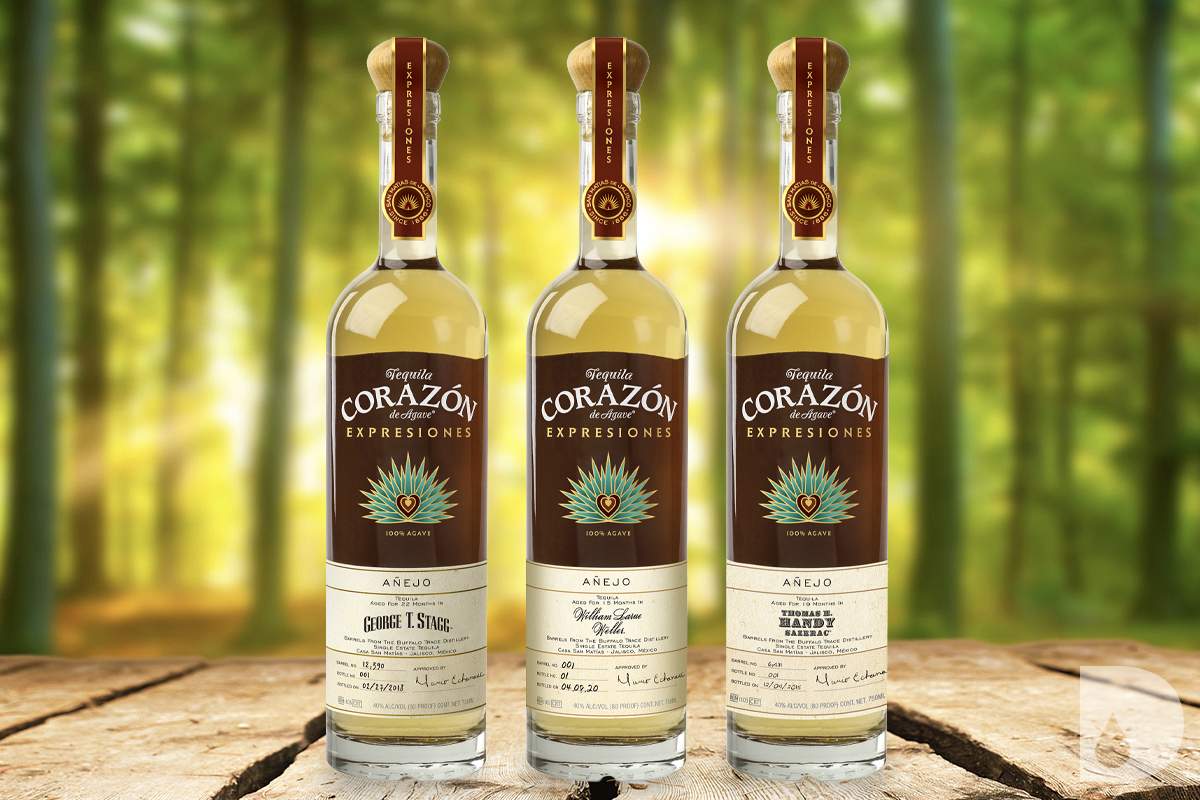 This marks the third limited edition seasonal London Dry Gin released by Castle & Key. For this expression, key botanicals include cedar leaf, spicebush, caraway and orris root. It is bottled at 49% ABV. Just 11,400 bottles were produced and availability will be limited to Kentucky, Indiana and Tennessee. It has an SRP of $35.99. 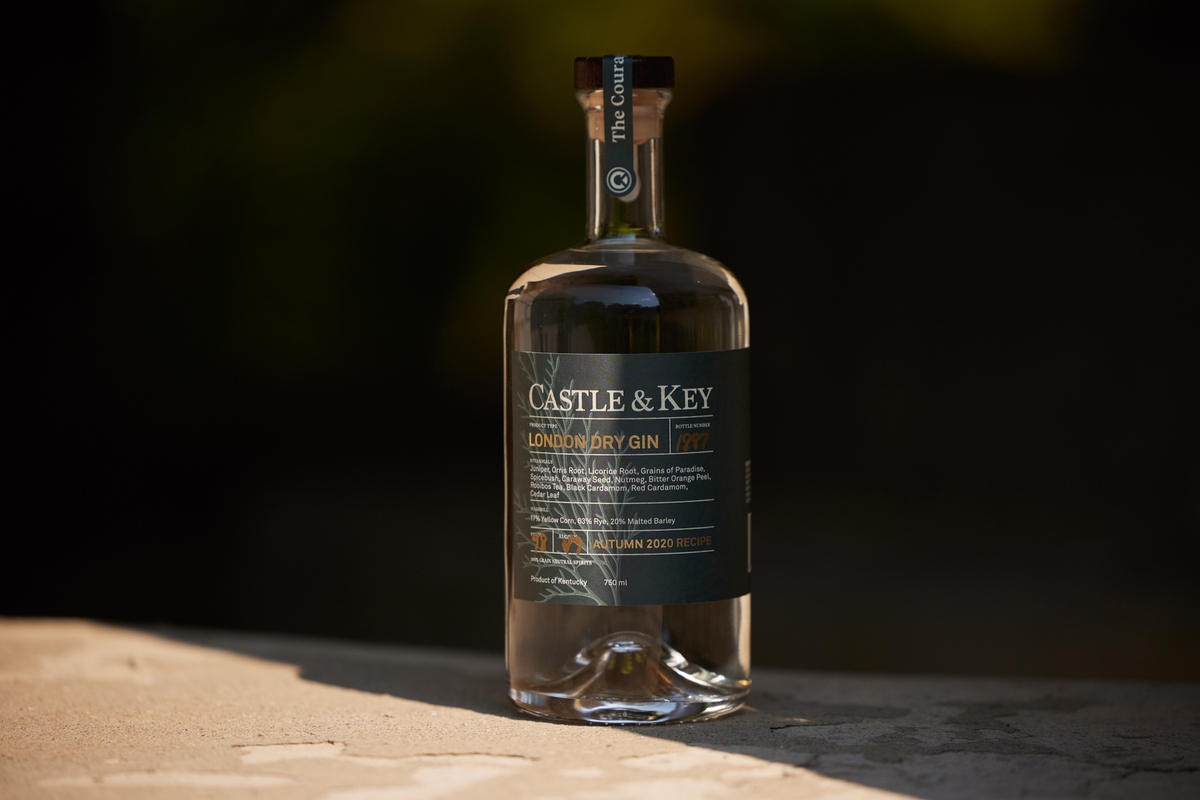 Rainier Mountain Fresh Gin is made at Seattle’s OOLA Distillery with huckleberry, spruce and juniper. This Northwest-style gin is bottled at 80 proof. Rainier Brewing Company was founded in 1878. This gin marks the first non-beer to be released by the brand since the Lime Rickey, a Prohibition-era lime soda. It’s available in Washington as of September 2020 with Oregon to follow shortly thereafter. 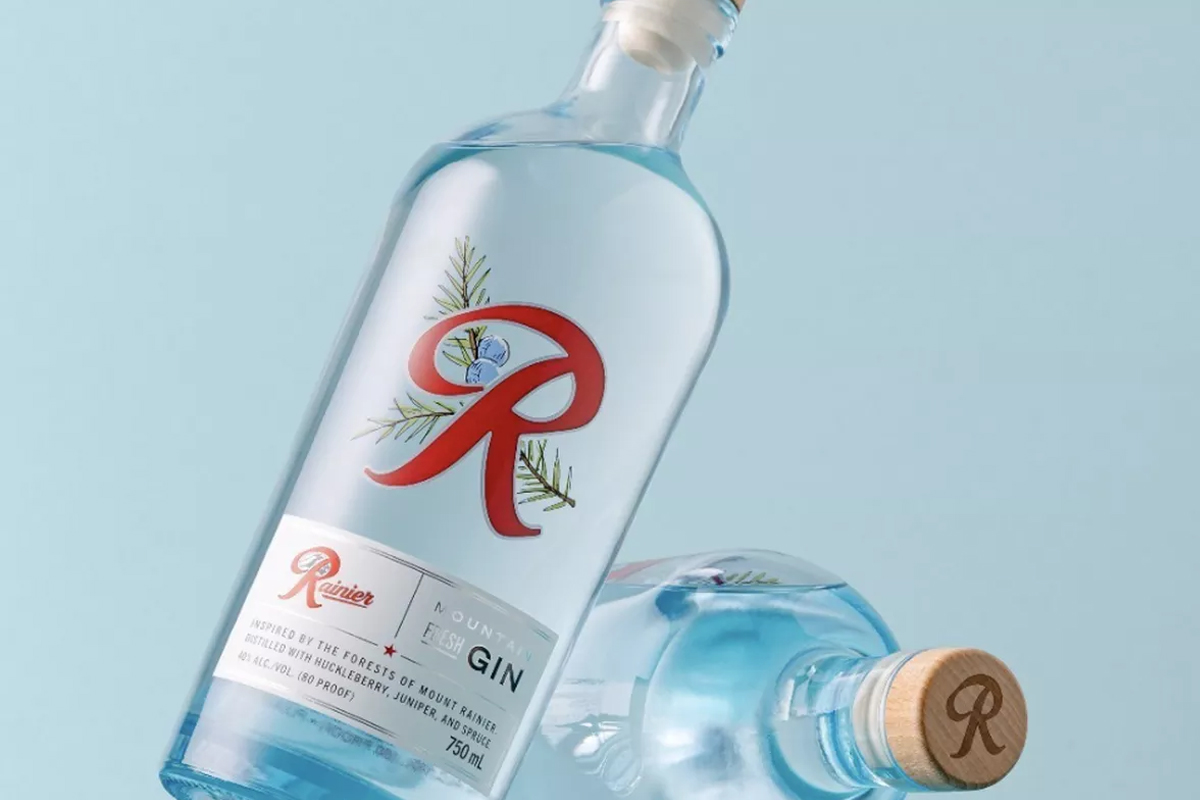 Ready to grab a bottle from the Octomore 11 Series?