This week there’s a little something for everyone. Old Forester 150th Anniversary Bourbon Batches are sure to please American whiskey fans. In fact, you’ll have three batches of these limited edition bourbons from which to choose. Find ’em all! Meanwhile, Whistlepig announced the latest rye in its Boss Hog series featuring barrels sourced from around the world. And if you’ve got a bit of a sweet tooth, Glenmorangie’s latest single malt was inspired by the flavors of cake.

But if you don’t fancy whisk(e)y, perhaps we can interest you in a new line of sipping tequilas from Partida? Or maybe rum is more your speed? Well, in that case, Goslings has its Papa Seal 2020 edition hitting the shelves soon. And if you’re looking to drink something without any booze in it at all, Lucas Bols has just the bottle for you. We’ve got all the details on these spirit releases and more in Distiller’s Friday Roundup for September 25, 2020!

This week Old Forester announced the release of three Old Forester 150th Anniversary Bourbon Batch whiskeys. These three bourbons celebrate the date in which founder George Garvin Brown sold the first bottled bourbon. Brown changed the whiskey industry by selling his whiskey in bottles rather than by the barrel as was the custom. At the time, he batched from three distilleries—Mellwood, Mattingly and Atherton—before eventually acquiring the Mattingly Distillery and distilling his own whiskey.

Master Distiller Chris Morris selected 150 barrels for this occasion and at maturation, several had lost all their liquid to the angel’s share. Master Taster Jackie Zykan batched the three Old Forester 150th Anniversary Bourbon Batches from the remaining barrels. Additionally, each batch is unfiltered and bottled at batch strength.

“We designed the expression to share our unique story,” said Zykan. “George Garvin Brown was an entrepreneur and an innovator. I have composed three unique blends to honor his process of batching from the three original distilleries. Each captures a distinct facet of the beloved Old Forester flavor profile, each upholding his highest standards of quality.” 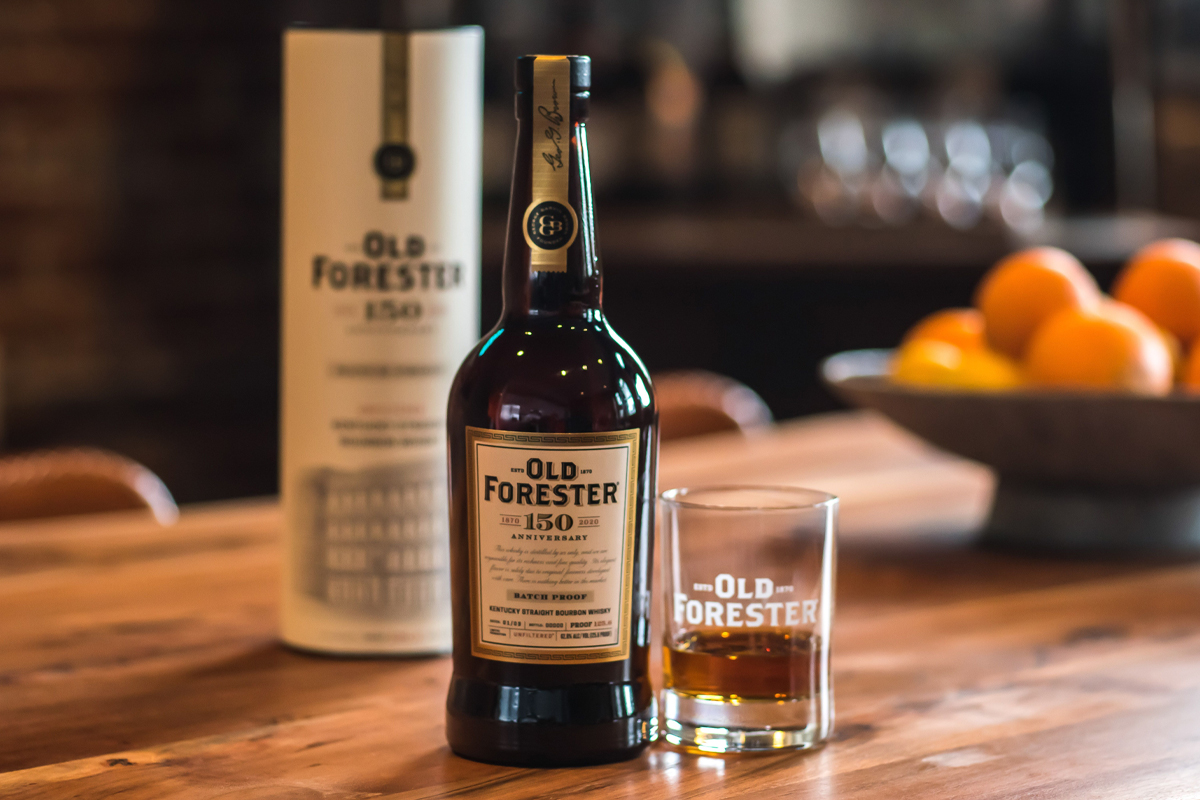 Magellan’s Atlantic is the 7th edition in Whistlepig’s Boss Hog series. The journey begins with a straight rye whiskey which ages for 17 years in American oak. Then the rye transfers to Spanish oak for its next maturation which lasts for 3 weeks. Finally, the rye goes into South American teakwood sourced from Brazil where it spends 3 days before bottling.

These are single barrel expressions so the proof ranges from 105.1-107.8 depending on the barrel. Like previous editions, the brand’s pig mascot adorns the top in a collectible pewter topper, this time dressed in traditional Spanish dress. It has an SRP of $499 and will be available in the US and select international markets in the coming weeks. 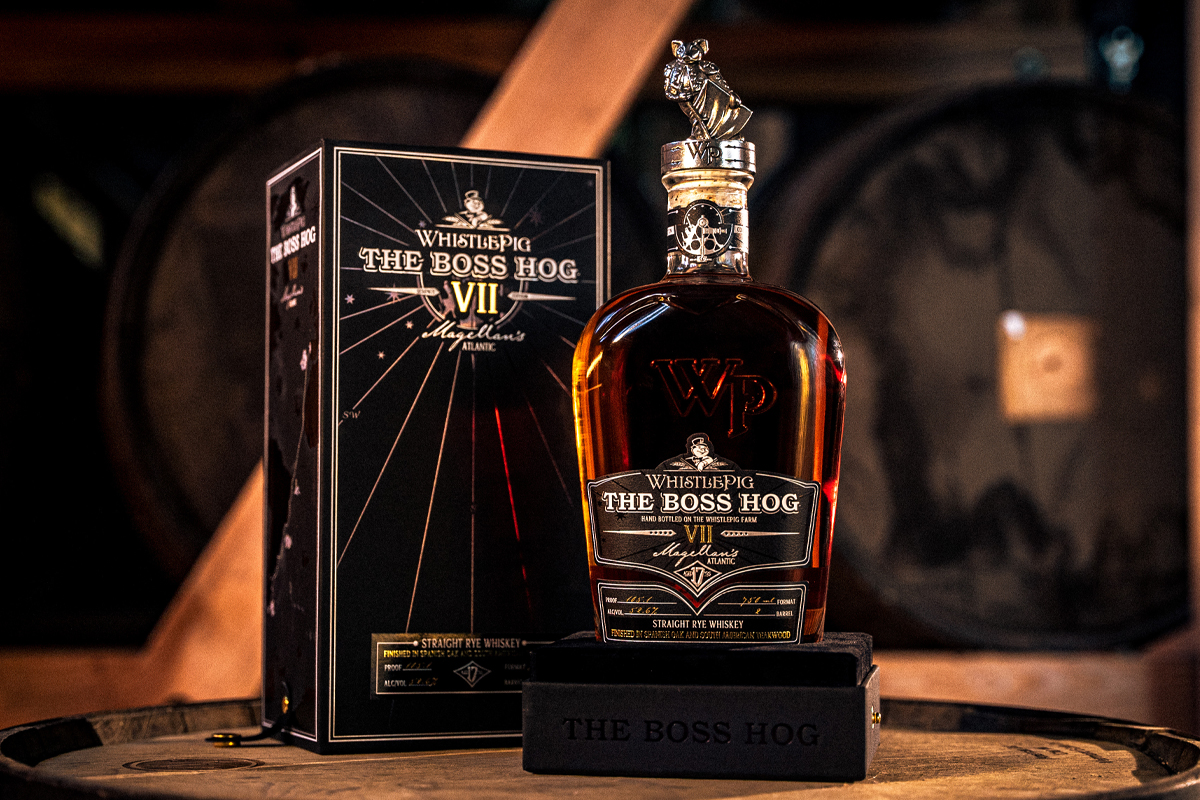 A Tale of Cake was created by Dr. Bill Lumsden, Glenmorangie’s director of whisky creation. The single malt first ages in former bourbon casks before finishing maturation in ex-Tokaji wine casks. This is a dessert wine from Hungary that’s made using noble rot grapes which provide for a sweet, honeyed flavor. A Tale of Cake is a no-age statement limited edition release. It’s available in the US beginning in October 2020 with an SRP of $99. 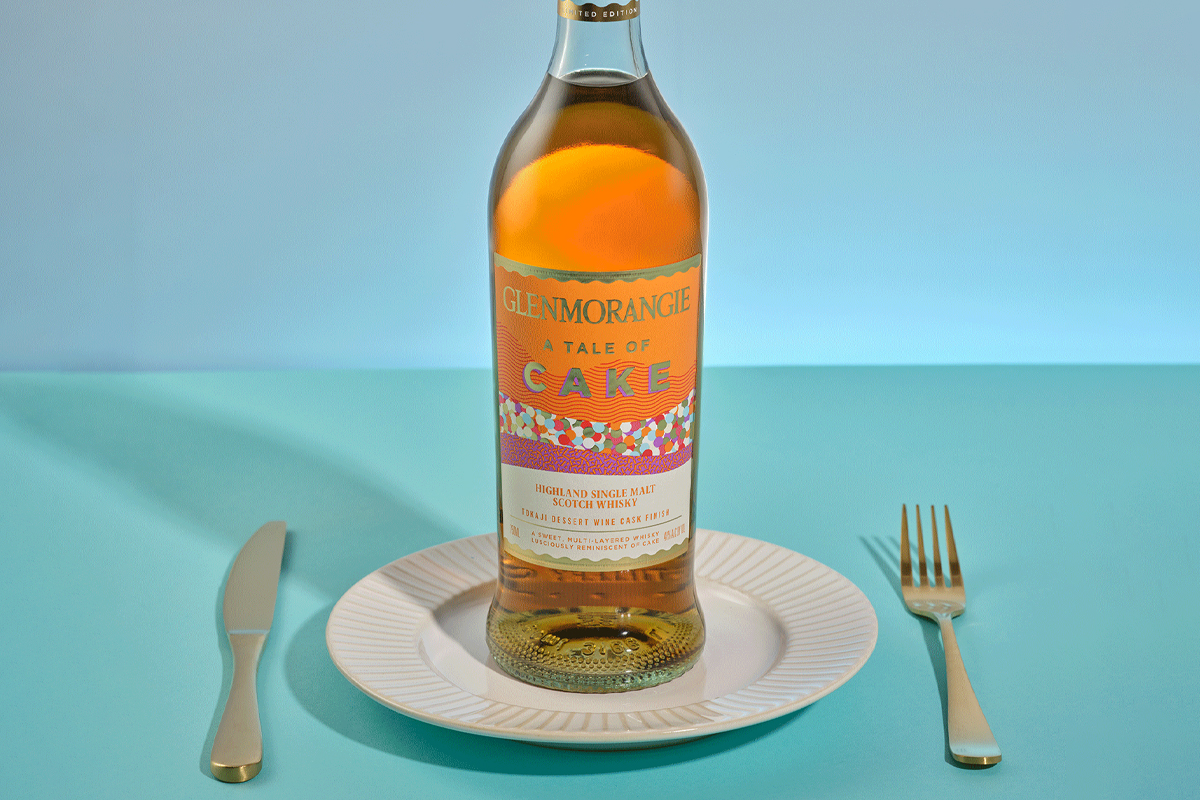 The Macallan Releases Edition No. 6

Edition No. 6 is the sixth and final edition in Macallan’s Edition Series, each of which highlights a part of the brand’s whisky making process. This release celebrates the River Spey—along which The Macallan Estate resides. The river runs across northeast Scotland and is known as one of the finest fly-fishing sites in Europe. Edition No. 6 matures in American and European sherry-seasoned casks. Whisky Maker Steven Bremner chose five cask styles which were, “inspired by the natural world that surrounds [the] distillery.”

Notably, The Macallan has launched a new charitable partnership with The Atlantic Salmon Trust to help conserve the at-risk fish, whose numbers have declined rapidly in recent years.

“There has been a relentless and long-term decline in wild Atlantic salmon returning to rivers from right across the Atlantic,” said Mark Bilsby, CEO at The Atlantic Salmon Trust. “This sends a clear message that all is not well with the health of our rivers and oceans and collectively, we need to do all that we can to protect and nurture this iconic species for future generations. The Macallan is committed to safeguarding the wild salmon swimming through its Estate along the River Spey and with their support, we will be able to strengthen and expand vital projects that aim to bring more salmon back to our waters and give Atlantic salmon the future they deserve.”

The Macallan Edition No. 6 is available globally as of September 2020 with an SRP of $150. 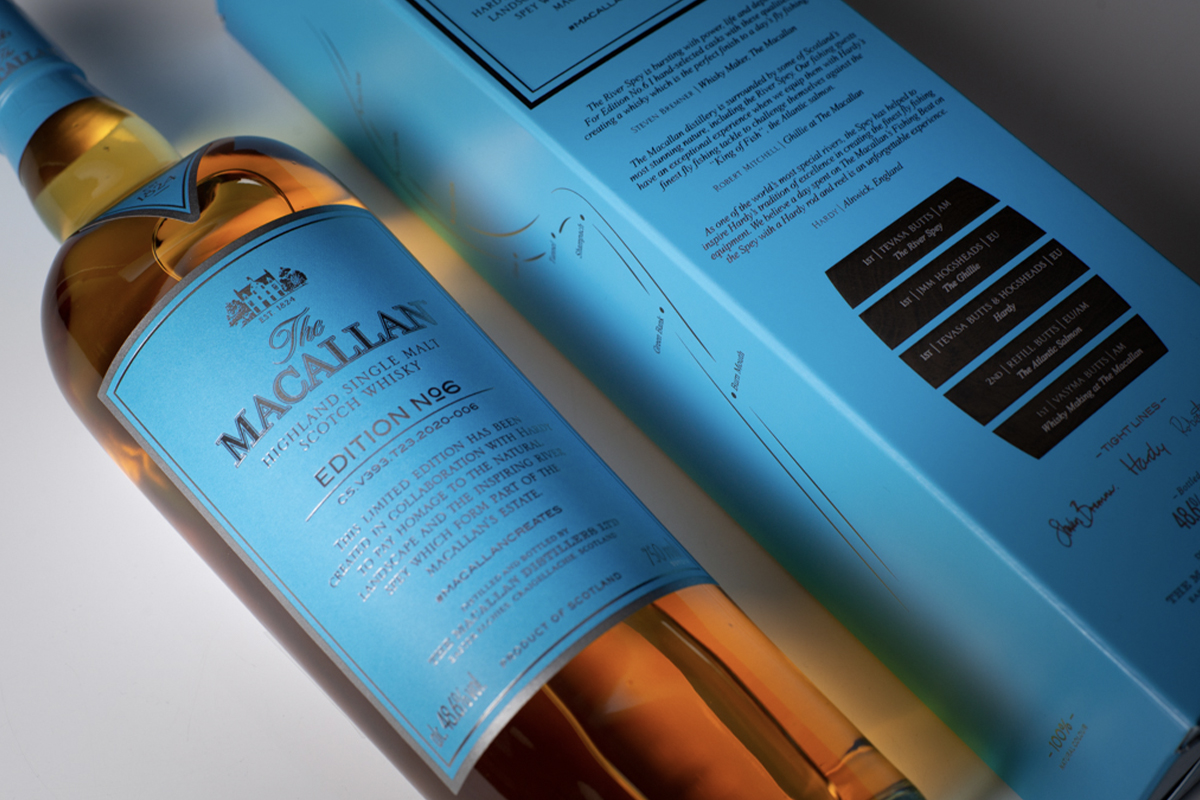 Partida Roble Fino Reposado Tequila ages for six months in ex-bourbon barrels. Then the tequila transfers to ex-Scotch whisky single malt sherry-seasoned casks for two additional months. Bottled at 43% ABV, it has an SRP of $100.

Finally, Partida Roble Fino Añejo ages for 18 months in ex-bourbon barrels. Then the tequila transfers to ex-Scotch whisky single malt sherry-seasoned casks for five additional months. It is bottled at 45% ABV and has an SRP of $125.

There are just 7200 bottles in total for the series which is available in select US markets as of September 2020 with more markets to follow. 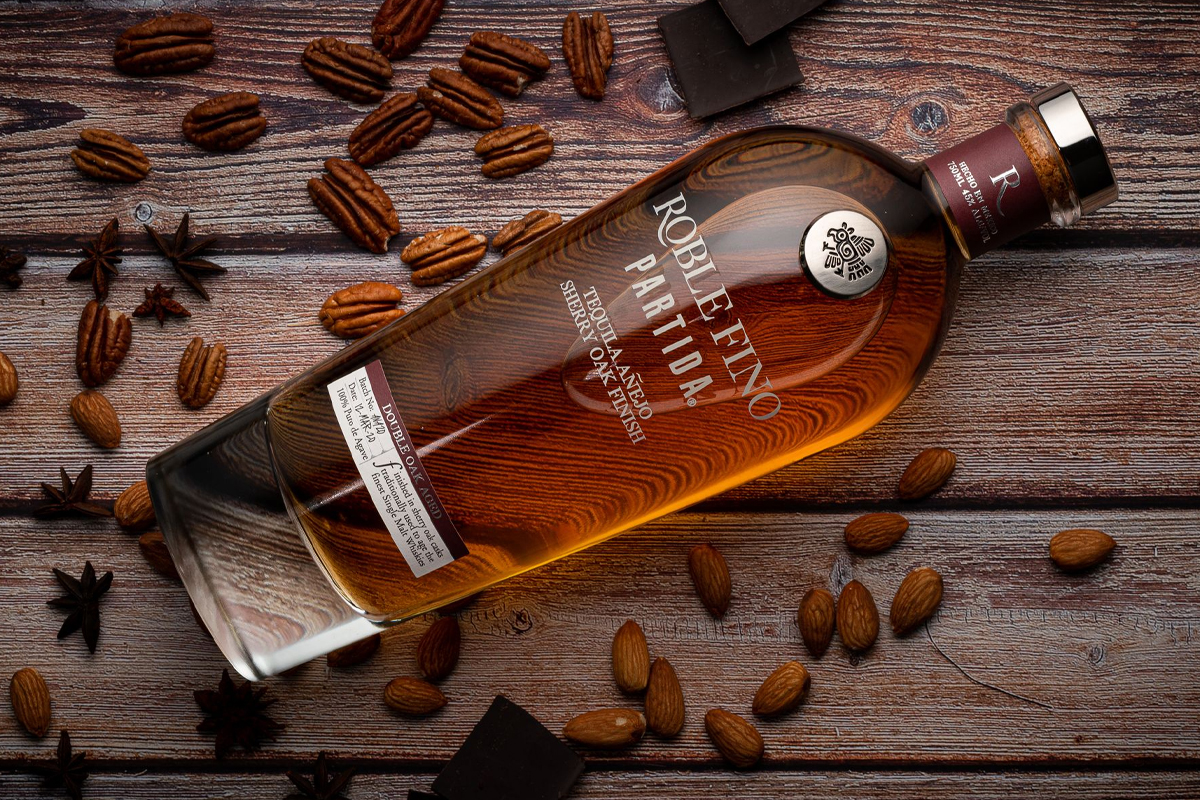 This is the second release of Goslings Papa Seal Single Barrel. It is a blended rum of both pot and column distilled rums aged between 10-21 years in used bourbon barrels (medium char). The blend then marries in American white oak barrels for two additional years. Filtered and bottled at 83 proof, each bottle bears the barrel number, bottle number and bottling date. Only 1,500 bottles are available as of October 2020. It has an SRP of $199. 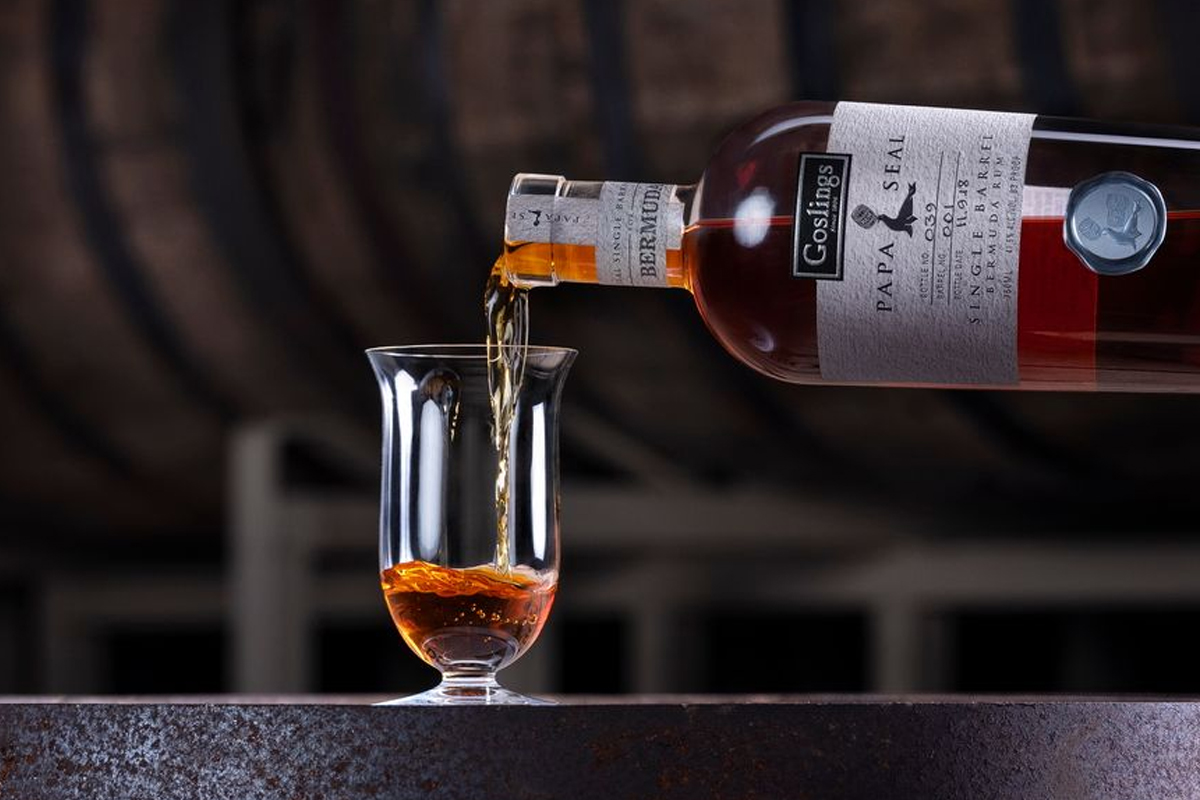 The annual release of Monkey 47 Distiller’s Cut bottlings typically include one additional ingredient. For the 2020 release, founder Alexander Stein chose Mizunara oak barrels as that ingredient after securing five barrels of the Japanese wood. This distiller’s cut gin matured in these barrels for an unspecified amount of time. Only 2,000 bottles 375ml bottles will be available in the US. They will have an SRP of $80. 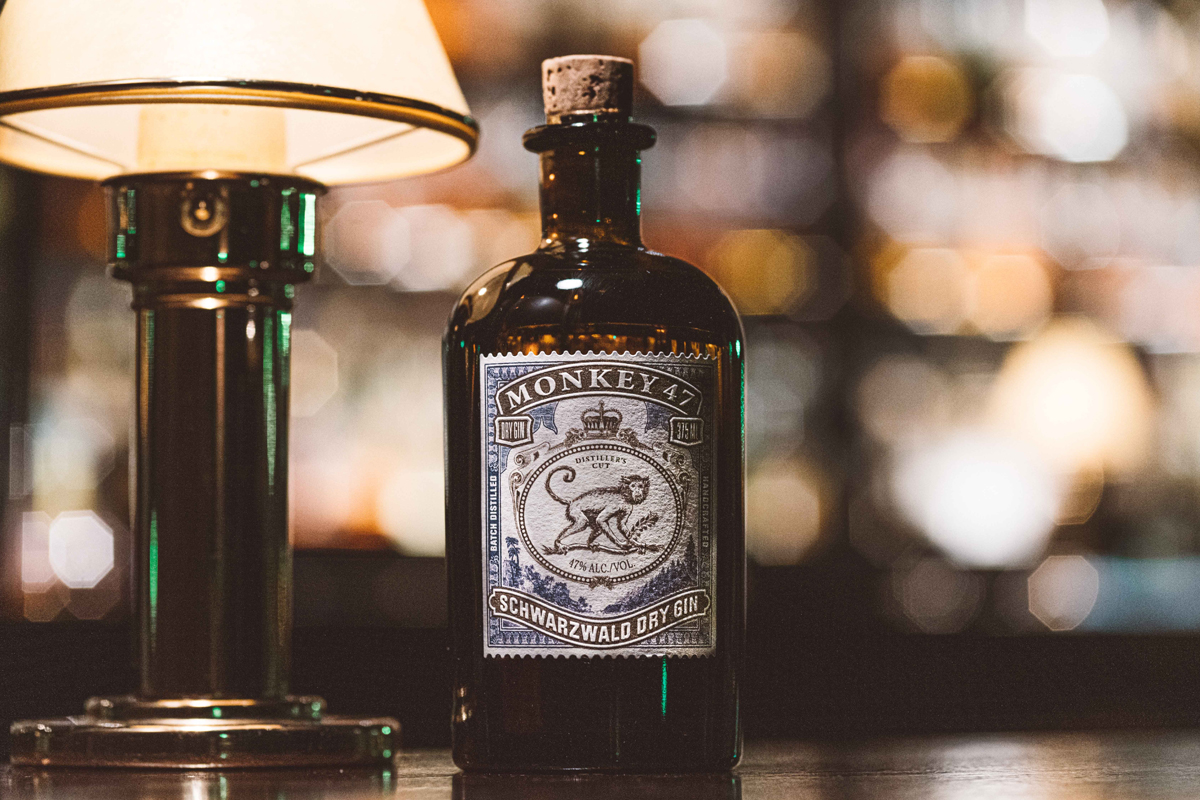 Damrak Virgin 0.0 is a zero proof spirit with a recipe made by Lucas Bols Master Distiller Piet van Leijenhorst who spent two years perfecting the formula. It is made with 10 botanicals including Valencia and Curaçao orange peels, ginger, lavender, cinnamon, coriander and lemon peel. In addition to being alcohol-free, it is also gluten-free, sugar-free and calorie-free. It has an SRP of $24.99 and will be available in October in the US.

Looking to grab a batch of Old Forester 150th Anniversary?