The winter holidays are right around the corner along with Distiller’s holiday gift guides. But before we release our gift picks, we’ve got a few new releases to share first. With the Thanksgiving holiday, there weren’t as many new releases as in the past few weeks. There were a few new whiskey announcements, however, that we couldn’t wait until next week to share. For starters, Islay favorite Ardbeg revealed plans for a new addition to its portfolio: Ardbeg 25 Year. This bottling will mark the oldest release in the brand’s current range of single malt whiskies. Also announced this week was a new 15 Year Single Barrel from George Dickel which can be purchased by the bottle or the barrel, if you’re so inclined.

Moving on to other spirits categories, there’s a new limited edition tequila from Código 1530 named in honor of American country music legend George Strait, the brand’s co-founder. The King of Country actually selected the barrels himself. Next, Maison Ferrand, maker of Plantation Rum and Ferrand Cognac, revealed plans for a new aging cellar… that floats! We’ve got the details for these releases and more for you below. Let’s get to Distiller’s Thanksgiving Week Roundup for November 26, 2020!

Ardbeg 25 Year is a new permanent addition to the brand’s portfolio. It contains whisky distilled in the 1990s when very little whisky was being produced before the distillery closed again in 1991. Full time production resumed in 1997 after The Glenmorangie Company purchased the distillery.

“After a quarter of a century in the cask, you’d be forgiven for imagining that Ardbeg 25 Year would have lost some of the hallmark Ardbeg smoky punch,” said Ardbeg Whisky Creator Dr. Bill Lumsden. “I can assure you it hasn’t. And yet there’s also a remarkable complexity and elegance to this whisky that I find utterly captivating. It’s unmistakably Ardbeg, but unlike any Ardbeg you’ve tasted before.” 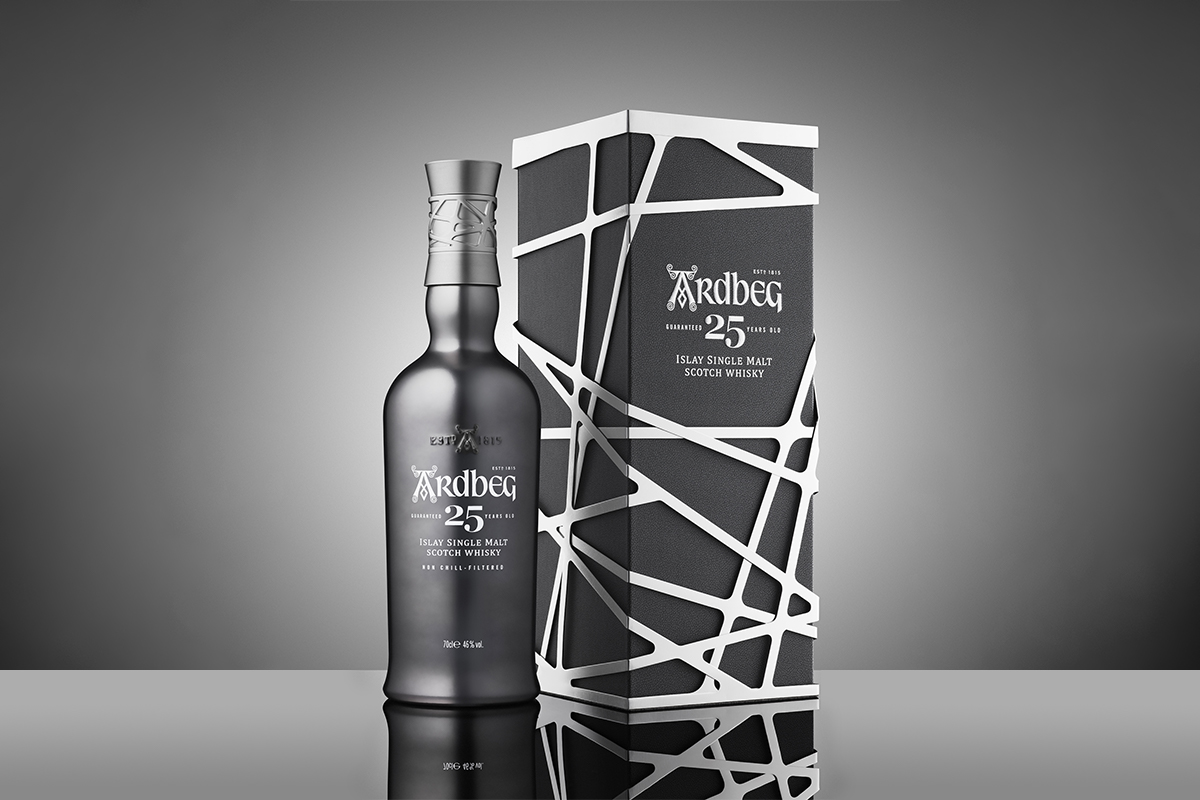 Ardbeg 25 Year is bottled at 46% ABV without chill-filtration. It’s presented in a gun-metal bottle coupled with a presentation box wrapped with a unique metal “cage”, a modern take on the brand’s knotwork design. Only a few countries will see this release in late 2020, but a global launch is expected in early 2021 with the US getting its allotment in January. SRP $850.

This 15 year-old Tennessee whisky from George Dickel hails from one single barrel. As is the nature with single barrel releases, the proof and taste will vary from barrel to barrel. The proof for this bottling ranges from 40% ABV to as high as 52.3% ABV. It is minimally filtered with little water added. This single barrel release is available by the bottle or by the barrel.

Folks or businesses that do buy the barrel can pick the highest proof options that were matured on the top tiers of the warehouse. Additionally they can add custom branding or messages to the bottle. Available initially in CA, DE, FL, GA, TN, and TX as of November 2020 with more markets to follow in January 2021. SRP $59.99. 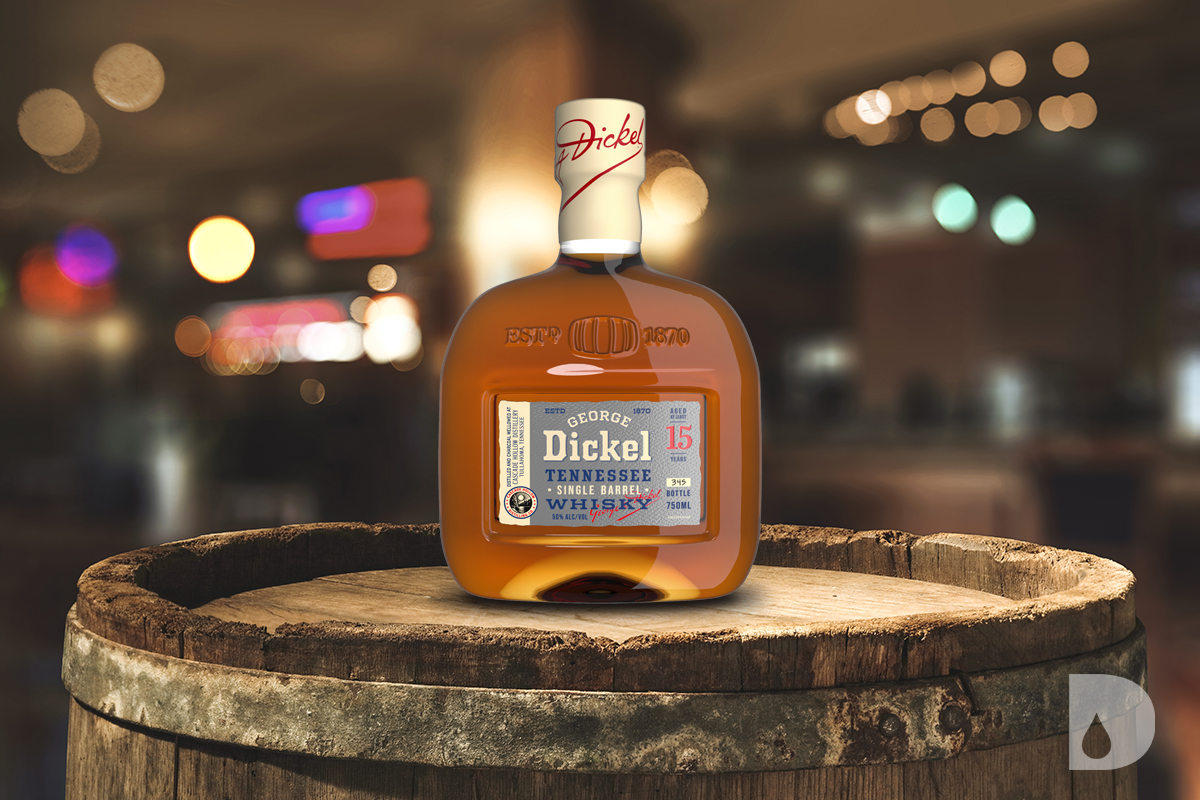 Black Bowmore DB5 1964 is the first collaboration between Bowmore Distillery and luxury British sports car maker Aston Martin. It was distilled on November 5, 1964 and was part of the first distillation after the distillery added a new boiler to the distillery that year. This new boiler allowed them to move from coal fire to steam. This year also is notable for the Aston Martin DB5, as it was featured in the 1964 James Bond film “Goldfinger.” The bottle was crafted by Scottish glass studio Glasstorm which designed the bottle to be a replica of an Aston Martin DB5 piston.

The single malt was aged for 31 years in a Williams & Humbert oloroso sherry butt. Just 25 bottles were produced and availability is set to begin in late autumn 2020. SRP $65,000. 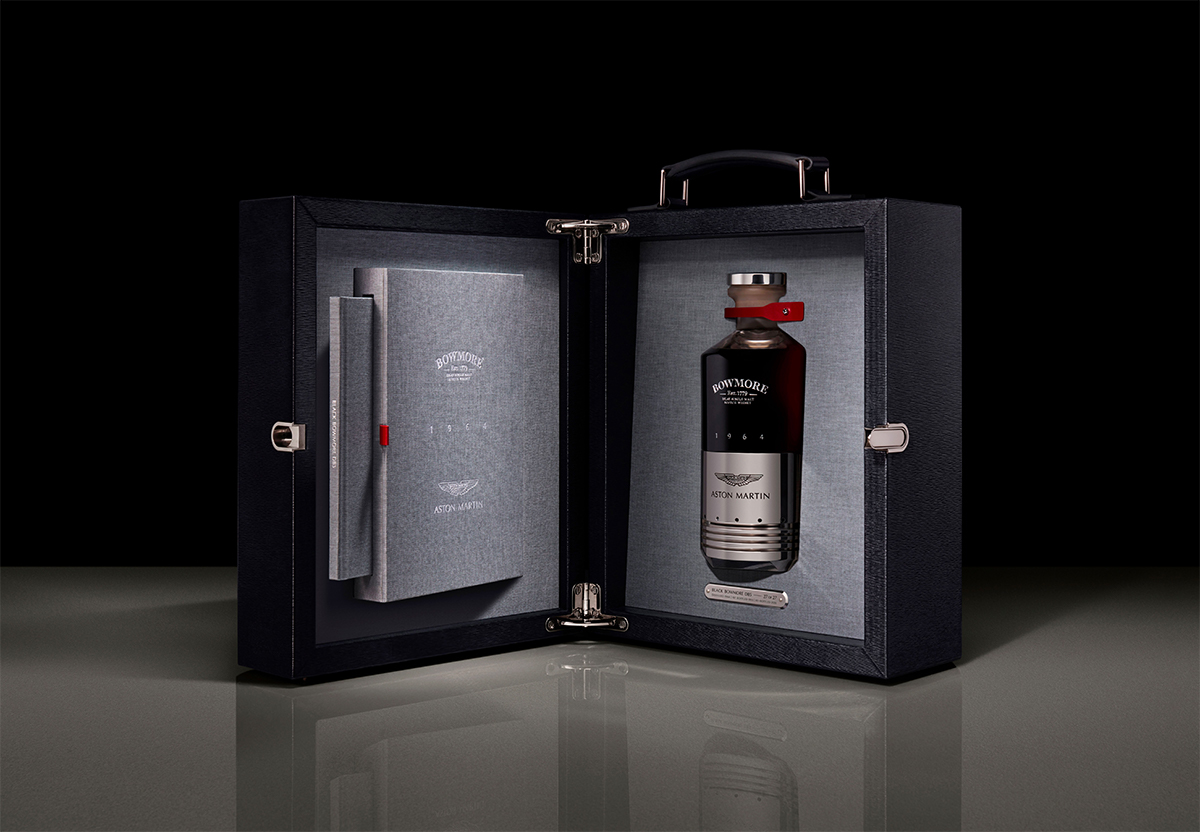 This week, Maison Ferrand disclosed details for its upcoming launch of the world’s first floating aging cellar. The brand restored a 1948 Freycinet barge, Barge 166, and have equipped it to house 1,500 30-liter barrels. This floating cellar is scheduled to drop its anchor in the Seine at Issy-les-Moulineaux in Spring 2021. Here, Maison Ferrand plans to study the continuous movement on water called dynamic aging.

In addition to aging rum and cognac casks, the brand will also welcome other producers to age their spirits on Barge 166. In particular, Swedish distillery Mackmyra will be invited on board to age some casks of whisky. Furthermore, Maison Ferrand will offer to the public an opportunity to purchase and select a type of barrel of Plantation Rum or Ferrand Cognac to age. They will be invited to visit the barge and decide when to bottle it with the guidance of Margaux Lespinasse, Maison Ferrand Private Casks Manager. Please note that this program is very much dependent on local liquor laws. 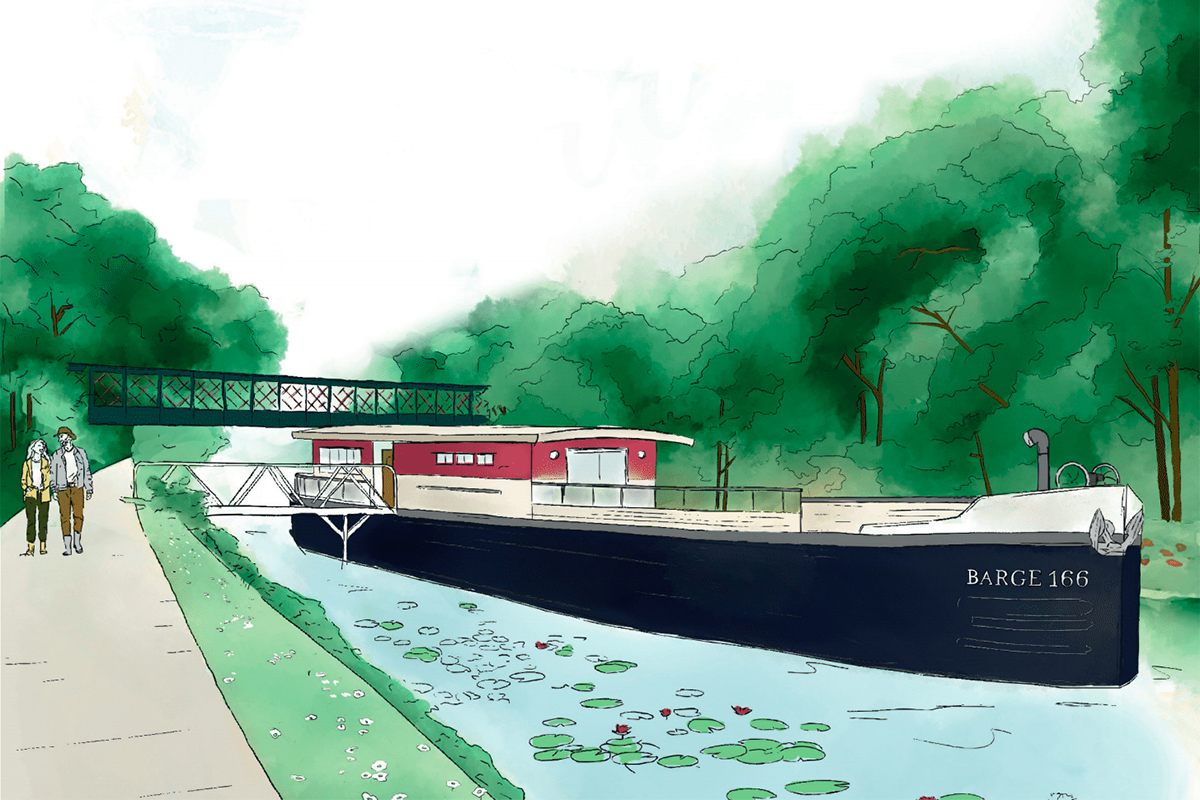 In a partnership with BirdLife International, Redbreast announced a limited edition Project Wingman Bird Feeder Bottle. This limited edition bottle comes equipped with a copper whiskey casing that transforms into a bird feeder. The single pot still brand will donate €15 for every limited edition Redbreast 12 Year sold to the organization.

“After much anticipation, we are extremely excited to launch the beautifully crafted whiskey casing that has been specially designed to double up as a bird feeder. We worked closely with BirdLife International to ensure the bird feeder honors our mission of helping to protect not only Robins, but all common birds, as we move into the colder months and food begins to become scarce. We are thrilled to provide this at no additional cost to Redbreast fans across the globe and simultaneously further support the work of BirdLife International by donating €15 for each limited edition bottle sold”, explains Laura Hanratty, Head of Prestige and Speciality Brands at Irish Distillers.

This edition is limited to 2,000 bottles and is available for pre-order from the Redbreast website for €60/~$71 for a limited time. The next opportunity to purchase a bottle is 9am GMT on November 30th, and again on December 7th. 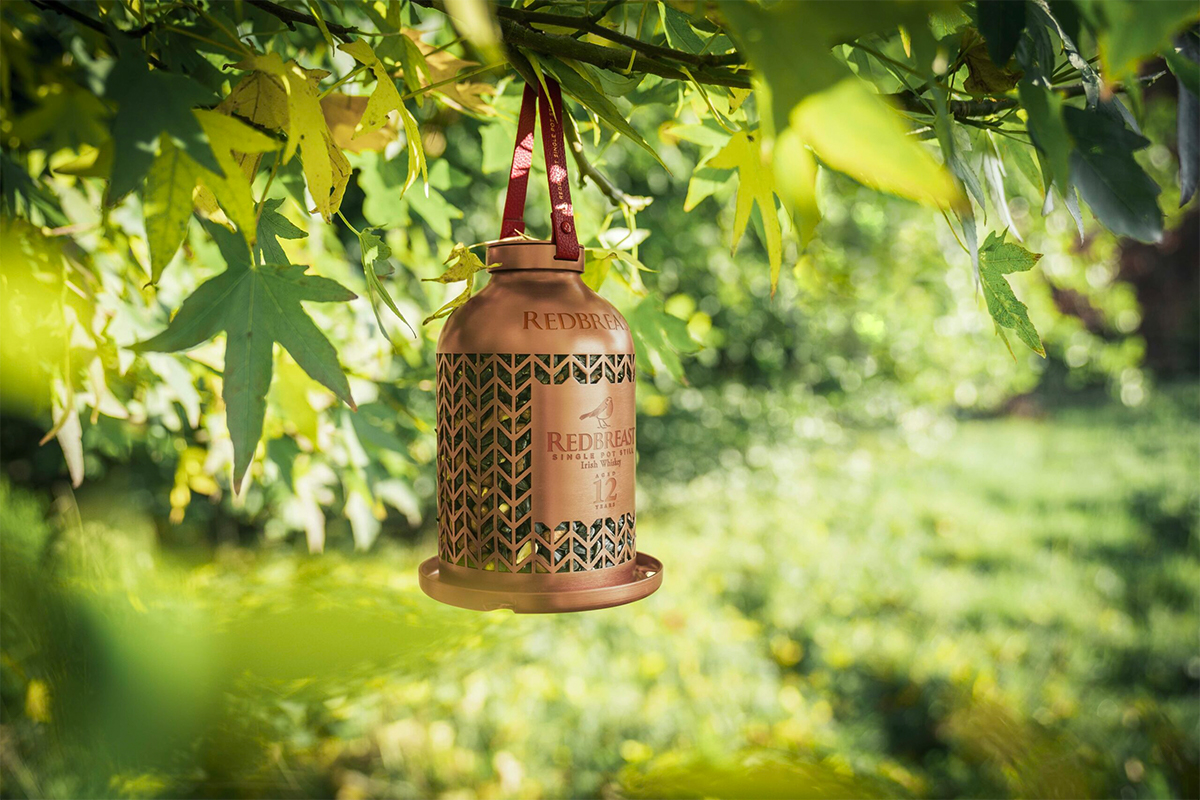 This week, Tattersall Distilling Co. released two Bottled in Bond bourbons marking the first bonded spirits to be released in Minnesota since Prohibition. Each release is made using local grains and and aged in Minnesota white oak barrels for between 4-5 years. Both the Wheated Bourbon and High-Rye Bourbon Bottled in Bond bottles are available in limited quantities throughout Minnesota as of November 2020. SRP for each $49.99. 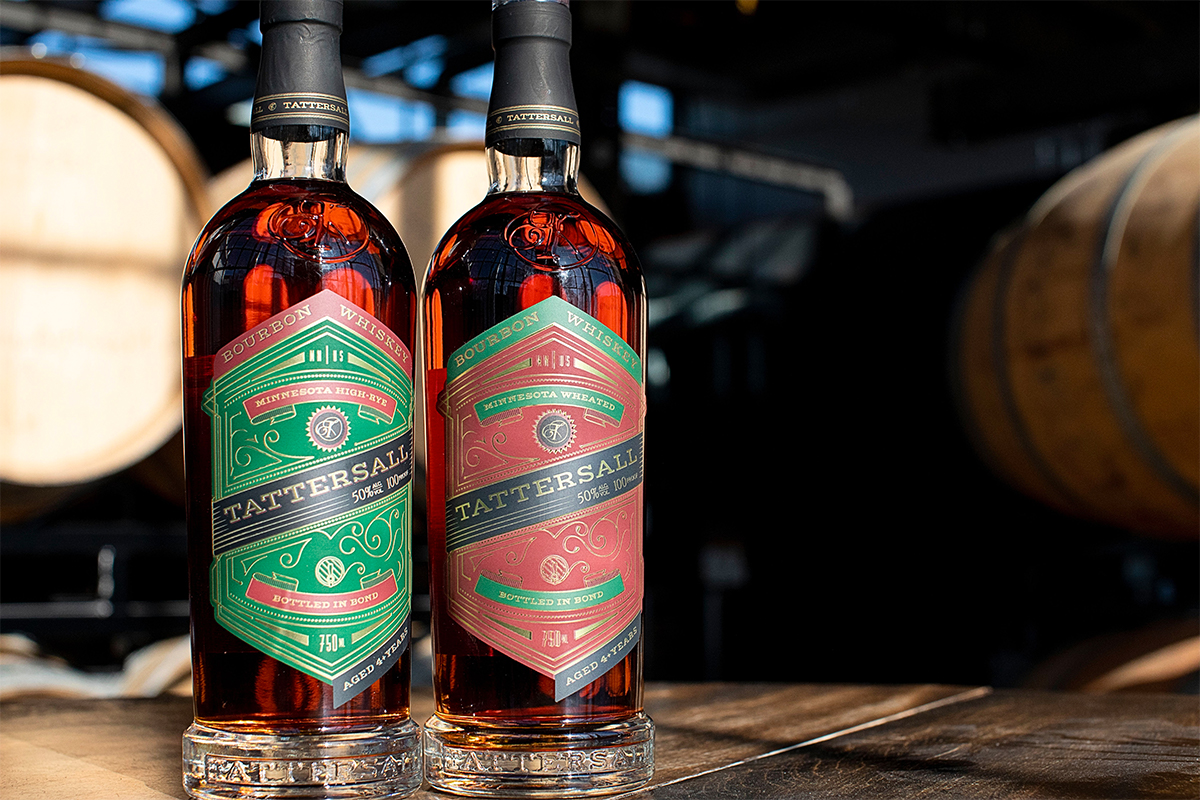 This limited edition extra añejo tequila is bottled from six French oak barrels which held Napa cabernet sauvignon wine. The barrels were selected by Código Tequila co-founder and country legend George Strait himself. Only 1,200 bottles were produced and are available as of November 2020. SRP $349.99. 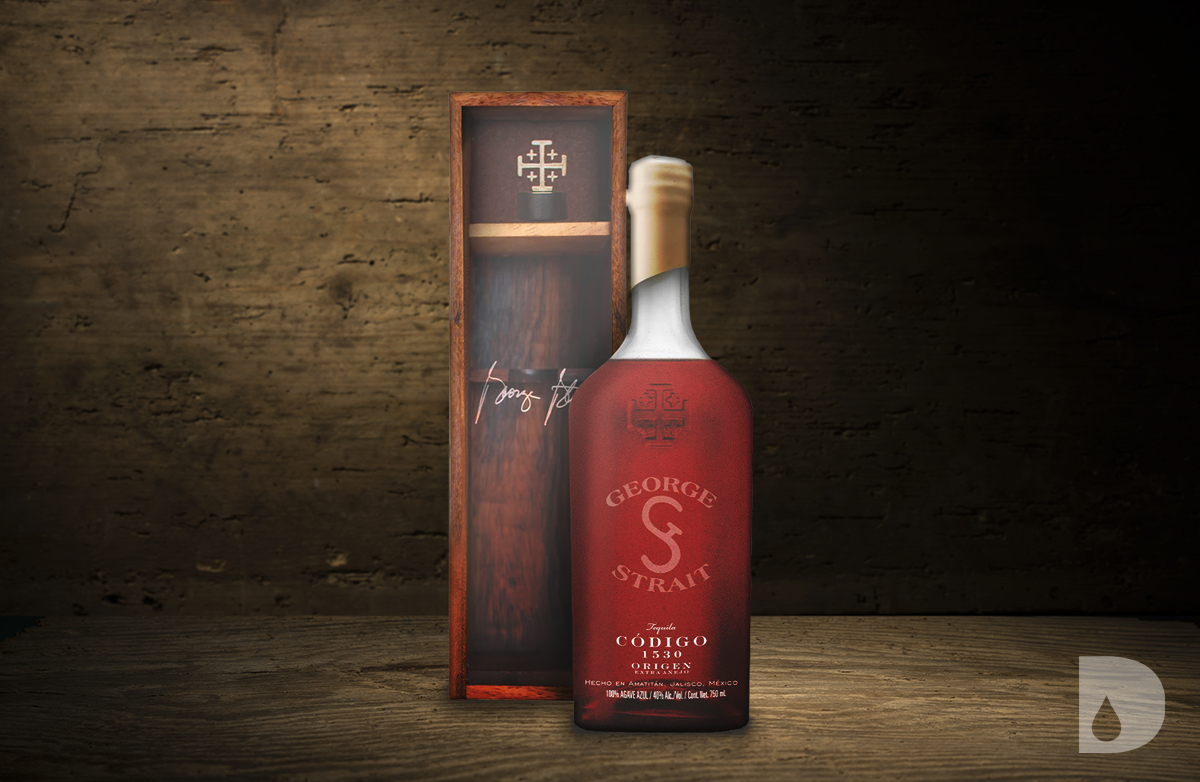 This añejo tequila is made in collaboration with Cutwater Spirits based in San Diego and the Orendain Distillery (NOM 1110) based in Jalisco, Mexico. Cutwater Master Distiller Yuseff Cherney oversees production in Jalisco where there’s a dedicated area for Cutwater Tequila production. Using 100% blue weber agave, the añejo expression spends just over a year in former Cutwater whiskey barrels in Jalisco. SRP $49.99. 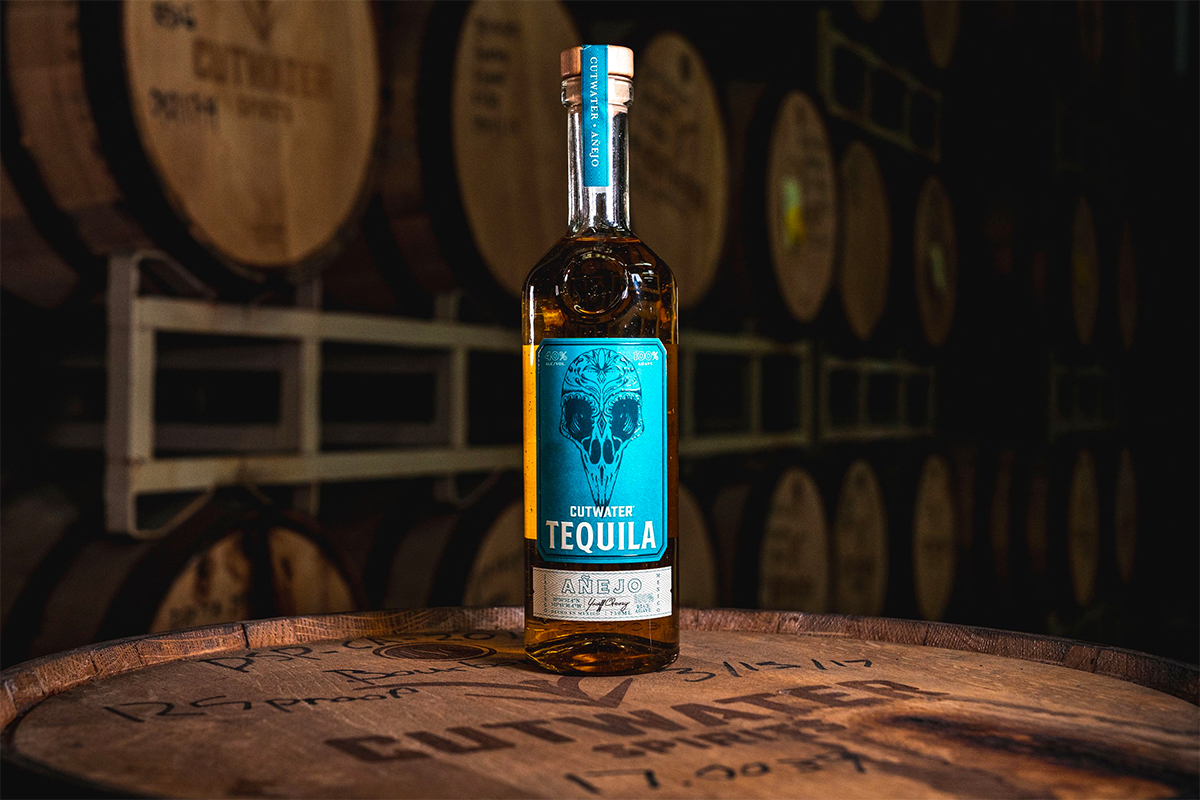 Want to know what other Distiller users around the world think of Ardbeg 25 Year when they get their hands on a bottle?

Want to enjoy Distiller ad-free plus exclusive discounts, giveaways, features and other perks? Join Distiller Pro today to support the Distiller platform and keep ads off of your screen.

Which users and spirits took home the top spots this year?