When visiting the United Kingdom, you no longer have to go north of Hadrian’s Wall to visit exciting distilleries. English whisky is slowly emerging as an intriguing new category. We spoke with two of the distillers at the center of it all.

Sandwiched in between Scotland and Ireland, two mammoth whisky producing nations, England is not used to being the underdog. “The biggest thing English whisky has to overcome is simply that people don’t know much about it”, says Andy Mooney, a distiller at the East London Liquor Company. “As soon as more liquid starts hitting the market, and more bars and spirits cabinets start stocking them, we’ll be in good order.”

Currently, there are fourteen English whisky distilleries. Whereas Mooney’s East London Liquor Company is one of the younger entries in the annals of English whisky, his colleagues at The English Whisky Co. are slightly ahead of the curve. Founded in 2006, this Norfolk company is led by managing director and founder Andrew Nelstrop.

The “Elders” in Norfolk

Nelstrop describes his distillery’s approach to whisky as slow and careful, with the occasional experiment. The Norfolk Malt ‘n Rye, using a mixture of—well, you can probably guess— malt and rye, is a fine example. “We are probably quite unusual compared to the new entrants in to the marketplace,” says Nelstrop. “We don’t have any investors or borrowings, so we can take our time and dedicate our production to quality rather than a speedy return on investment.” 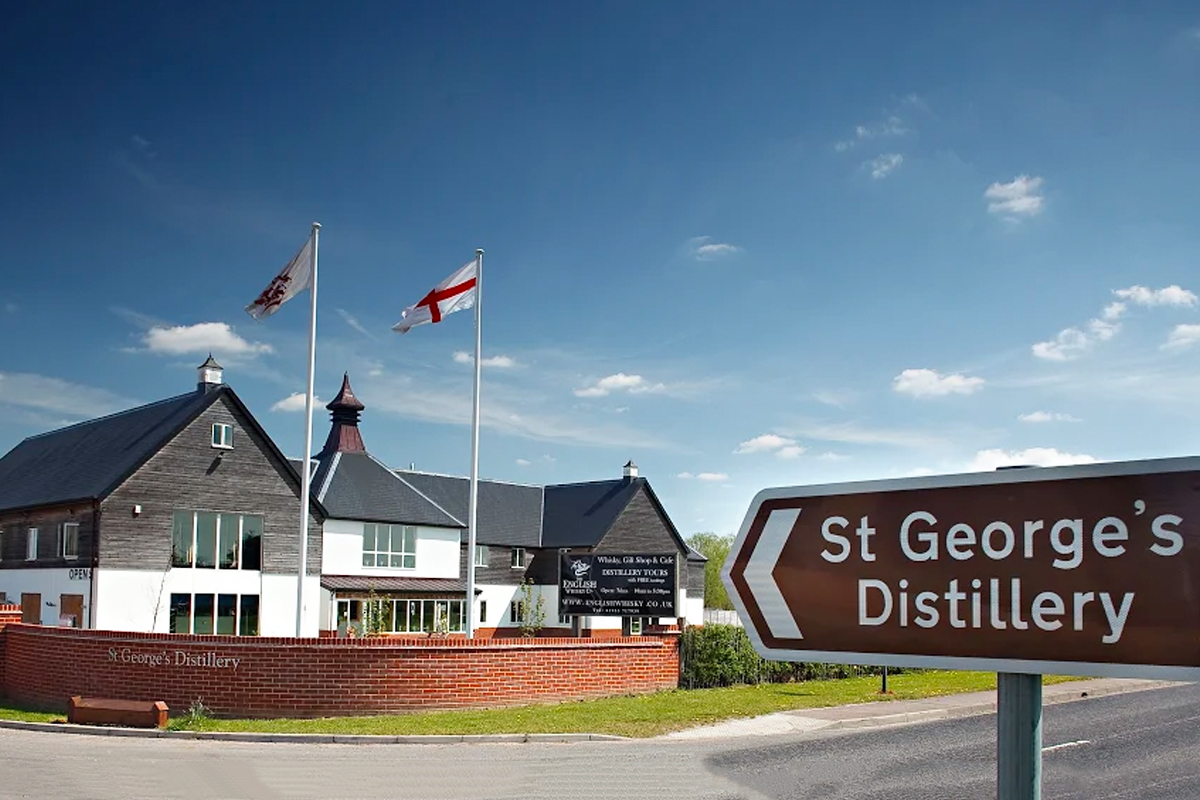 “We are also quite traditional in our methods,” Nelstrop continues. “We’re using traditional pot stills—no gin or vodka made here—but at the same time we spend a lot of time and energy exploring the use of alternative grains, just take a look at our The Norfolk range.”

The release of The English Whisky Co.’s inaugural bottling was almost ten years ago already. The first mature batch was released in 2009. “What an incredible day that was”, Nelstrop remembers. “As this was the first English whisky to be launched in a century, we not only had queues at the distillery, we also had global news coverage. I cannot tell you how mind-blowing it is to have friends in Singapore, Zimbabwe and Hong Kong calling you at dawn to say The English Whisky Co. is on the breakfast news.”

The Innovators in East London 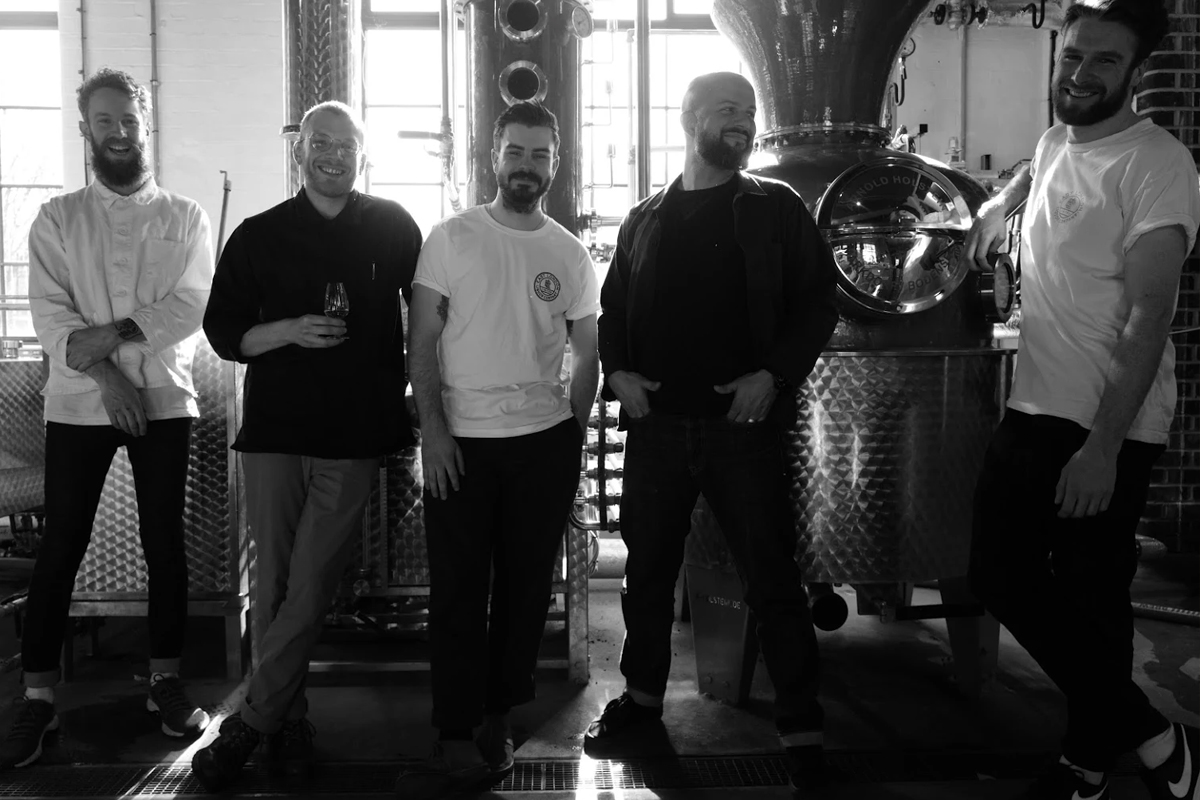 “The last distillery in East London that produced whisky before us, closed over 100 years ago,” Mooney says. “There was no playbook to work from, so we decided that our approach would be to innovate and experiment as we went along: different mash bills, different distillation and brewing methods, and different casks. In the future, be on the lookout for our whiskies aged in American oak, European oak and chestnut barrels, as well as barrels that have previously held wine, rye or bourbon.”

It won’t be long now before the East London Liquor Company releases its first whisky, London Rye. It’s expected to hit shelves before the end of the year. “Rye whisky is a favorite of mine, and so that was the driver to make our London Rye,” Mooney explains. “The first London Rye whisky will have a mash bill of 42% rye and 58% malted barley; it’s almost ready to bottle, and I can tell you it’s tasting amazing.”

Unlike their brethren in Ireland and Scotland, the English have yet to establish an association. While an association is a great tool to protect certain quality standards, it can also suppress the creativity of distillers. Producing without the oversight of an association seems to suit the English whisky producers, for now at least. 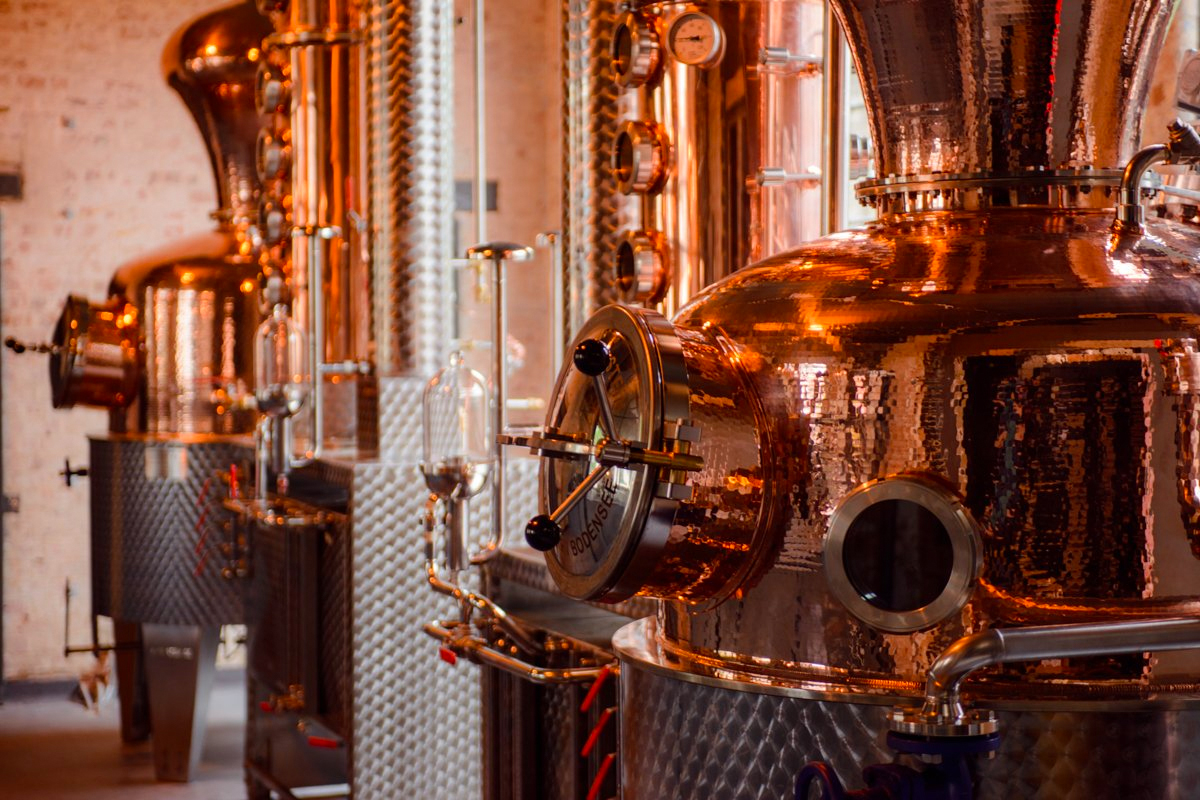 “Scottish whisky is subject to restrictions in terms of production and labelling, hardly any of which apply to English whiskies, giving us considerably more freedom to make what we want to,” says Mooney. “At this point, the draw of English whisky is that there is no governing body and we get to do what we want. Let’s leave it like that.”

Nelstrop thinks the lack of an association is a good thing whilst the industry grows and matures. The lack of a specific regulatory body, reduces any potentially stifling legislation. “Equally we currently don’t have a specific body fighting our corner with Whitehall mandarins [British government officials, ed.] over excise duty, but in reality the Scotch Whisky Association is doing this for us.”

While the English whisky industry is still young, some interesting whiskies have seen the light. Is it possible that the distilleries have collectively developed a signature English whisky style? Not yet, Nelstrop seems to think. “Currently only four of us have mature whisky, and there are about another dozen in the pipeline. I think for a generation at least everyone will do their own thing and produce whisky they want to. There may never be a national style, as the type of stills installed by all the companies is so varied.”

Mooney is quick to agree. “It makes it a really exciting category: we are creating our own category. The great thing about producing a London Rye whisky now, is that people have forgotten what London, or indeed [what] English whisky tastes like. This gives us a clean slate to be experimental and create something that we think tastes great.”