On an unusually clear and warm April day in Bardstown, Ky., Lux Row Distillers hosted a who’s who of the Kentucky bourbon industry for the grand opening of their brand new—and very first—whiskey distillery. Distiller was invited to participate in these festivities and our own expert, Tim Knittel, has the report.

As the audience gathered in front of the gleaming wood, copper and glass building, music began to play. Surprise and almost disbelief rippled through crowd as a bagpipe band, no less than a dozen members strong, pushed through in front of the building. They paraded with a celebratory, yet stern style, which seemed suitable for men in kilts. The performance concluded with what might have been the world’s first bagpipe rendition of “My Old Kentucky Home.”

Taking the stage, Michele Lux, the new distillery’s creative director and wife of Luxco’s chairman and CEO Donn Lux, explained that Donn had wanted bagpipes at their wedding. He didn’t get them then, but she allowed him to have them now.

Michele Lux went on to explain how being different—and bagpipes are certainly different—shaped her creative vision for the, “look, feel and tone of the visitor’s center and [the guest] experience.”

She summarized her creative philosophy as, “it’s how you tell your story that makes you different.”

The Luxco story began in 1958 when Paul A. Lux and David Sherman Sr. established the David Sherman Corporation. Originally a private label bottler, the company grew steadily with brand acquisitions and market share increases. It soon expanded into producing, bottling, importing and marketing, with an extensive beverage portfolio. 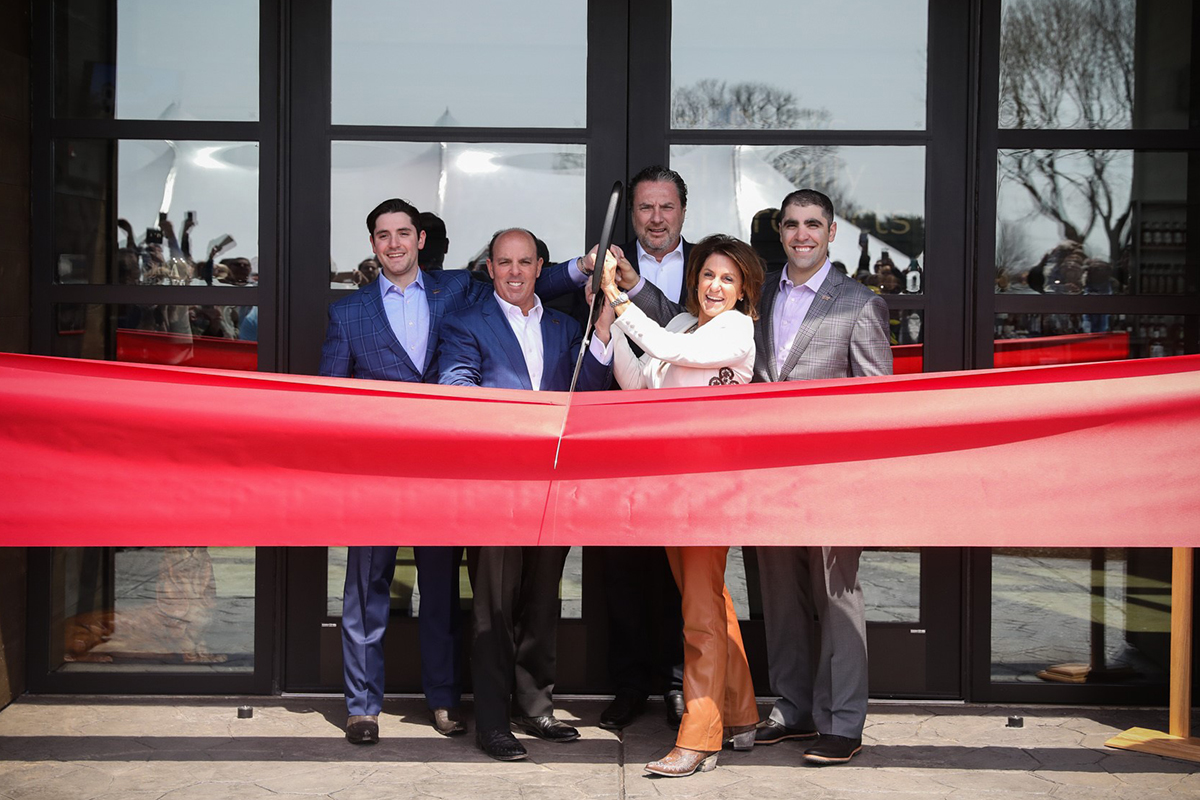 The company re-branded as Luxco in 2006. The name is a tribute to founder Paul Lux and is a nod to its status as one of the few remaining family-owned beverage alcohol spirits producers. But the Luxco concept of family extends throughout the whole company, including vendors and customers.

David Bratcher, President & Chief Operating Officer of Luxco, used his turn at the microphone to explain this extended-family philosophy and to praise the employees who supported the company’s growth in a new direction. With its headquarters in St. Louis, expanding into whiskey production by building a distillery in Bardstown was a major undertaking.

Guests enter the distillery into the visitor’s center which doubles as the gift shop. Beginning with a video, the tour winds through the facility following the path of production. Starting with fermentation and distillation, guests then move onto barrel filling. Photos carefully selected by Michele Lux serve to extend the education beyond the walls at several spots. The photos show grain fields, grain harvesting and barrel-making plus beautiful Kentucky scenery. 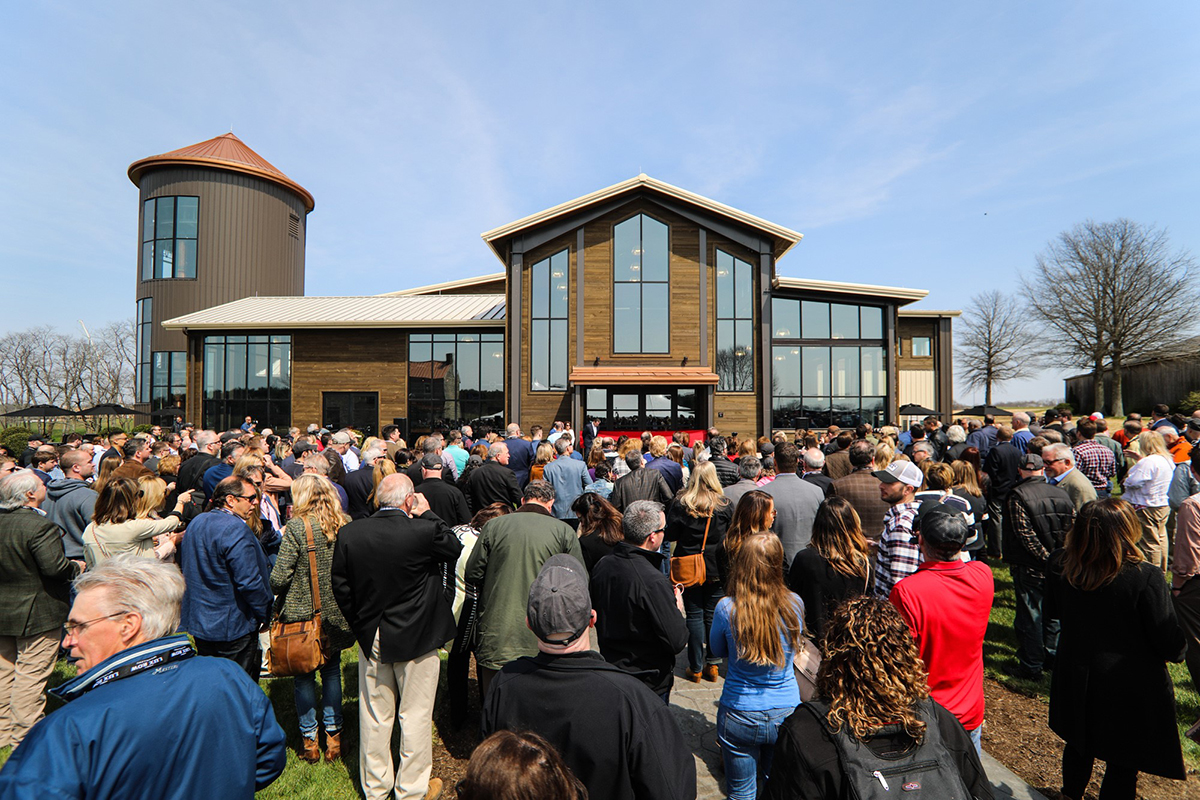 Exiting the distillery, tourists are led into the sole finished maturation warehouse (more are being constructed). Two full ricks worth of barrels were left entirely empty, allowing visitors an unobstructed and awe-inspiring view of a floor-to-ceiling wall of bourbon barrels.

Returning to the visitor’s center, guests are led through a guided tasting of three of the company’s bourbons. Rebel Yell, Ezra Brooks and David Nicholson Reserve are each paired with a different chocolate selected by Michele Lux to bring out the distinct flavors of that whiskey.

The flavors of those bourbons—and the whole new distillery operation—are the responsibility of John Rempe, master blender and head distiller. Rempe flushed with embarrassment and obvious discomfort when he was briefly called to the stage during the ceremony. But when he’s inside his distillery, he displays the confidence of a man fully at home. 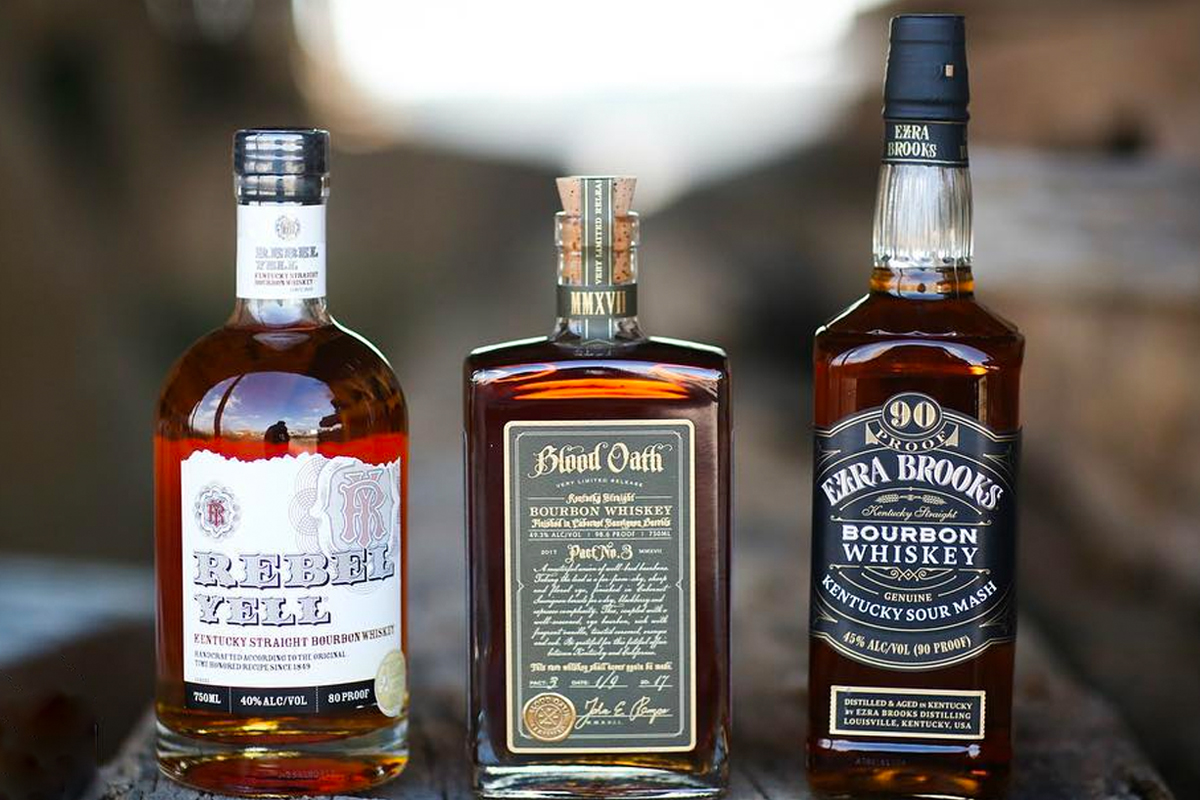 He exudes an inspiring passion for his work and his whiskeys. When prompted, he easily describes the nerd-level details of the production of each whiskey including the specific mashbills, beer fermentation times, distillation proofs and barrel char level (#3, in case you’re curious).

The majority of the distilling equipment was built by Vendome Copper & Brass Works, Inc. in nearby Louisville, Ky. The specifications included a three-story column still and doubler system with a custom-designed beer pre-heater run by waste heat from the distilling process, a unique eco-friendly touch.

Although the distillery could have been fully computerized and automated using modern technology, the majority of the valves are manually operated. Rempe explained that this requires the distillery operators to be more connected to the product (and less so to computer screens). By ensuring the operators move around the distillery, they can observe the whiskey-making at strategic points in the process. Any issues or problems that arise that might be missed by a computer will be noticed by a person. 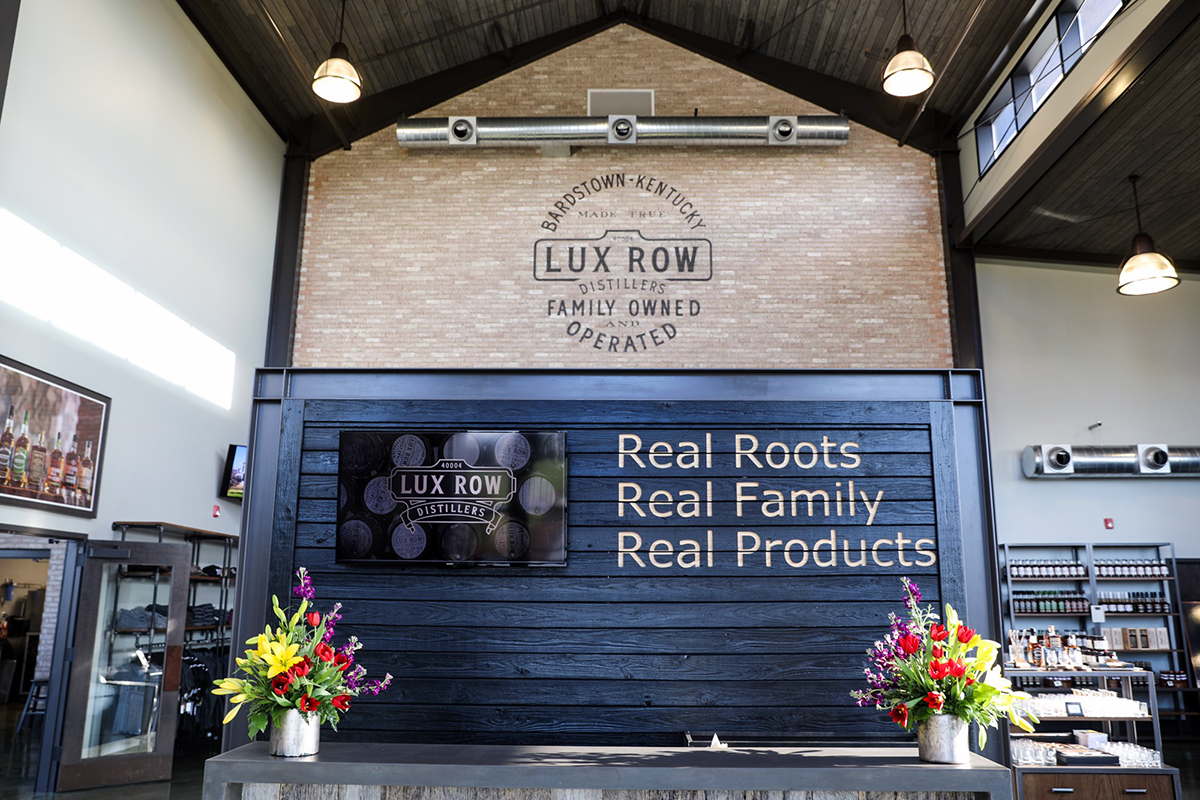 Beyond the core Luxco brands, Rempe is the mastermind behind the highly acclaimed, limited release Blood Oath and Rebel Yell 10 Year Single Barrel whiskeys. Rempe described the Blood Oath series, which are one-time experimental variations of classic Luxco products, as his “signature bourbon”.

Being inside Lux Row Distillers gives visitors a chance to experience the real bourbon-making process in action. One gets a sense of genuineness of the company’s commitment to making quality whiskeys.

The distillery is open for tours Wednesdays through Sundays. Tours last approximately one hour and are $12 per person, free for active and retired military. Reservations required.
More information is available on Lux Row’s website.