At the end of September, Maker’s Mark released its first nationally available, limited-edition bourbon: Maker’s Mark Wood Finishing Series RC6. The new release sports the same hand-dipped red wax seal as the brand’s original offering and features the same slim, curved bottle as Maker’s 46. Nevertheless, this bourbon is an exciting departure from its predecessors. Here’s why you should seek out your own bottle of Maker’s Mark RC6 while you still can.

In other words, Maker’s Mark RC6 won’t be available forever. While you won’t need to travel to Kentucky to pick one up—as was required for the distillery’s previous limited-edition bottlings—Maker’s Mark only produced 255 barrels of this bourbon. Once it’s gone, it’s gone forever. 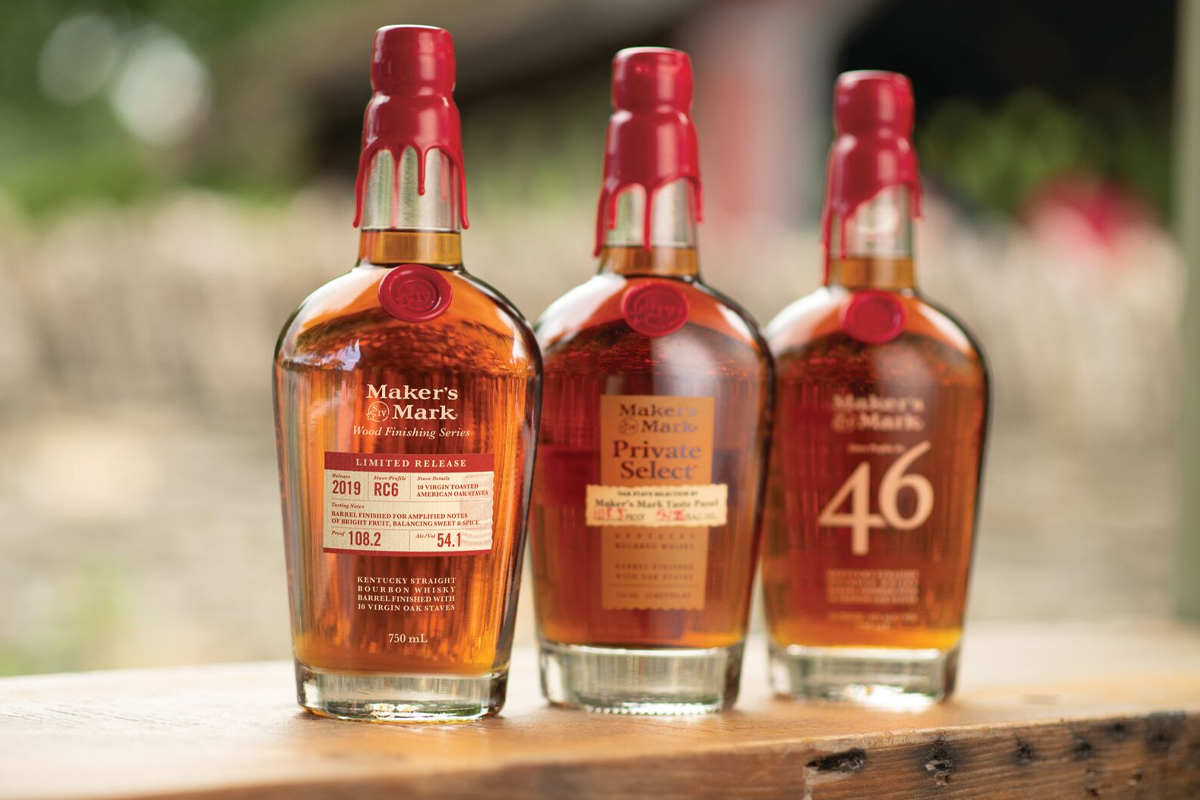 Released as a permanent fixture back in 2010, Maker’s 46 was the distillery’s first stave-finishing experiment. Likewise, the brand’s Wood Finishing Series showcases not only the extreme influence that wood has on bourbon, but also how distillers are able to manipulate wood to coax out certain flavors.

“We spend all our time trying to figure out why things taste the way they do, and this is our way to share that with the public,” said Jane Bowie, Maker’s Mark Director of Private Select.

RC6 stands for Research Center 6. The 6 denotes the specific stave recipe used to finish this bourbon. The stave recipe was developed through a close partnership between Maker’s Mark and the Lebanon, KY-based Independent Stave Company. In this case, Maker’s Mark was looking to bring forward the fruit notes that are present in the distillery’s proprietary yeast strain. 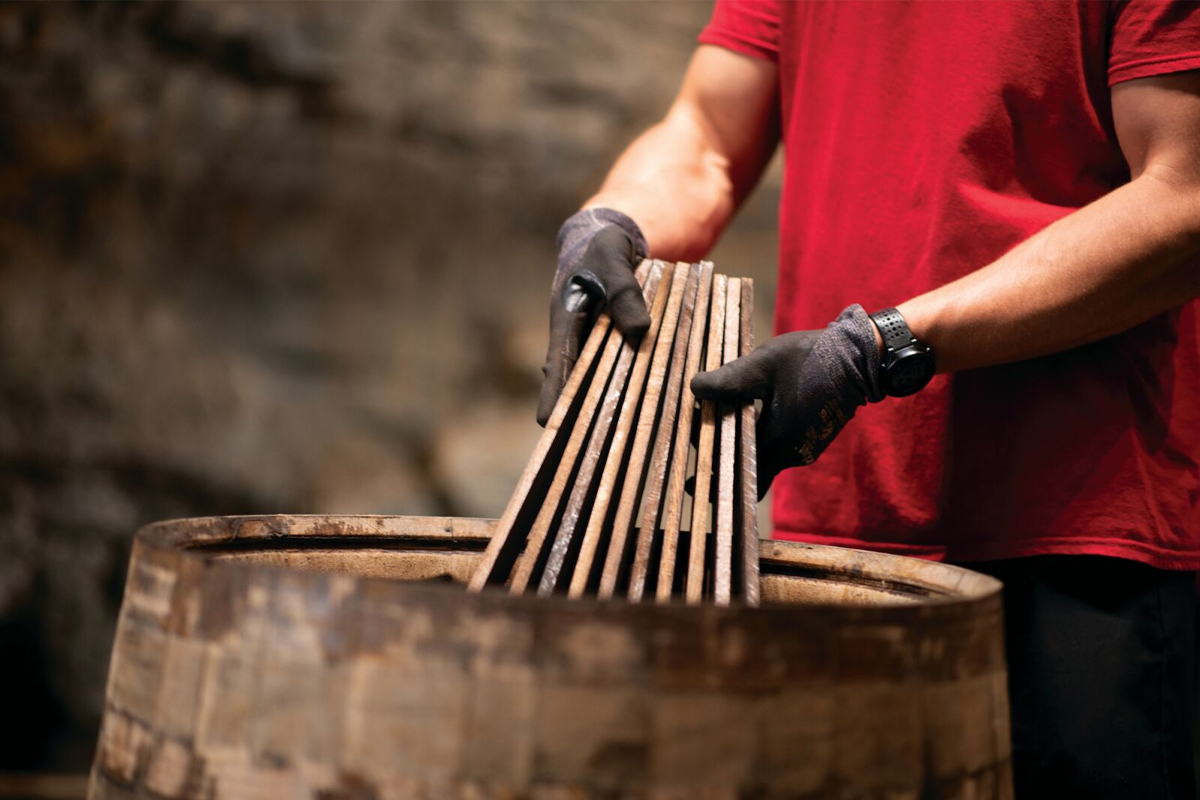 “Stave finishes allow us to innovate with an already delicious product in a purposeful fashion, exploring different wood types, seasoning periods, cook times, and heat levels until we achieve the exact flavor vision we have in mind,” said Bowie.

Finding the right staves for Maker’s Mark RC6 took two years and, as Bowie concedes, plenty of trial and error. These American oak staves were seasoned outdoors for a year and a half before being toasted in a convection oven. Ten of those staves were then added to a barrel of the distillery’s mature flagship bourbon to further mature.

Though its name is rather obscure, what’s inside the bottle quickly makes up for any lack of poetics. Furthermore, Maker’s Mark RC6 is bottled at cask strength—a hearty 54.1% ABV. 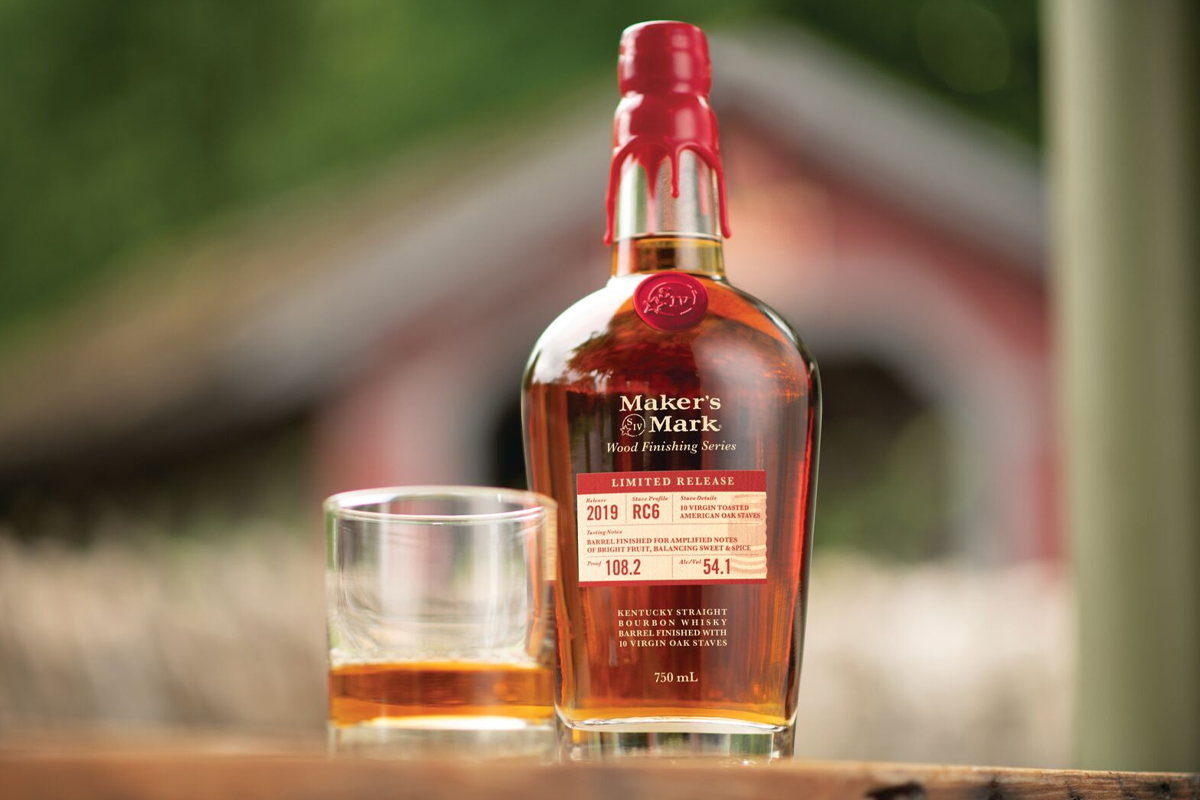 Tastewise, the bourbon does exhibit elements of the original Maker’s Mark—namely its prominent sweet vanilla and caramel notes. Moreover, it manages to achieve the fruit-forward aromas and flavors that Bowie and the team at ISC spent years developing. There’s a lot of fresh banana on the nose, and flavors of ripe apple and spunky baking spice.

As you enjoy your own bottle of Maker’s Mark RC6, keep these words of wisdom from Bowie in mind: “I don’t think you can understand a whiskey until you’ve had a whole bottle of it.”