A visitor to a modern cooperage will see massive, industrial assembly lines that would have made Mr. Ford and his Model T quite envious. Yet, no matter how quickly a barrel can be built, or how many hundreds of thousands can be churned out in a year, there’s no software program that can inspect a barrel for wear and tear, no machine that can be programmed to carefully break it down for repairs and then expertly piece it back together again. For that the hands of a true expert are needed, a Master Cooper, and there simply aren’t that many of them around any longer.

The Master Cooper plys his trade

At the Midleton Distillery in County Cork, Ireland, home to the Jameson Experience and also the home base of the entire Irish Distillers lineup, including Redbreast, Midleton, Green Spot, Yellow Spot, Paddy, and Powers; a cooper can be found.

Step into the cooperage workshop there and find Ger Buckley holding court, offering in-depth tutorials on all things wood, barrels, and coopering, all the while properly regaling guests with stories and jokes. He’s a fifth generation cooper, with the craft being passed down in his family for more than 200 years, and after a life spent in the industry he’s still passionately keeping the art and skill of coopering alive.

“The technology of distilling has improved greatly over the decades,” says Buckley. Distilling, yes, but coopering, not so much. “The basic principles of coopering has mostly remained unchanged over the years. Repairing in a traditional manner by hand is still the only way to carry out repairs. It would not be possible to automate the repair of leaks in casks. The repair of a leak is very much down to the knowledge and experience of the cooper.” 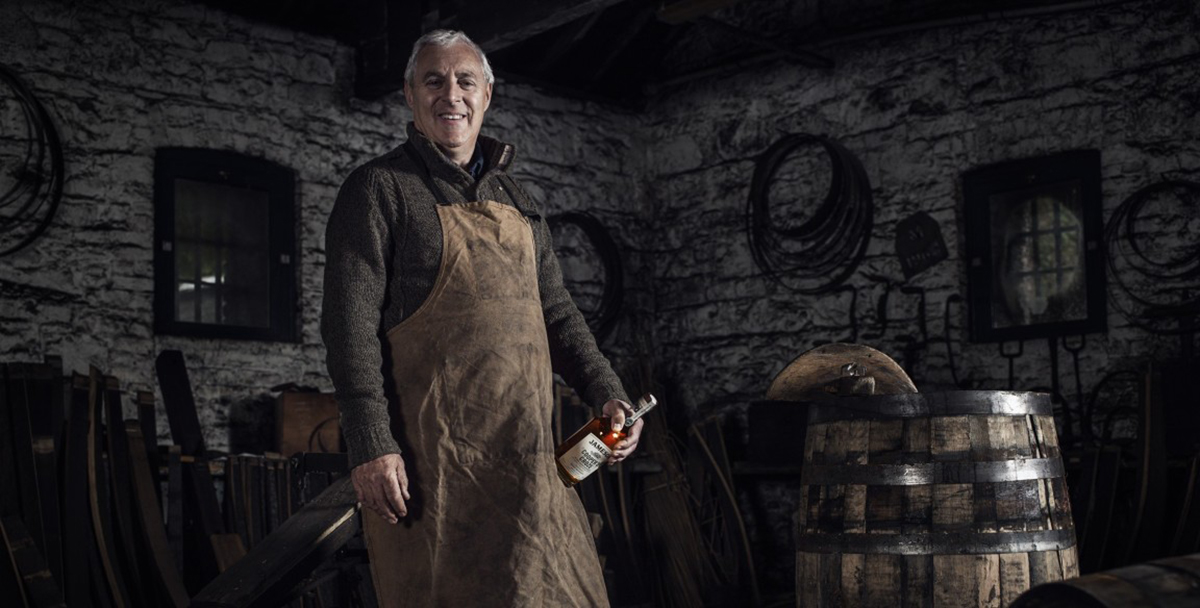 Buckley has in many ways become one of the faces of Jameson and Irish Distillers, as well as one of the few true stewards of this oft-overlooked but absolutely vital aspect of the whiskey industry. Not only has technology not been able to replace coopering, but the craft is still performed with the very same ancient tools it’s always been.

It’s been a huge privilege to work in a craft that has been in the family for over 200 years; to work exactly in the same manner as previous generations using the very tools that they used.

There’s the “dog”, used to pull off staves; the “swift”, here named for a bird native to Ireland but known by assorted other names elsewhere in the whiskey world; hollowing knives and backing knives; cooper’s axes, hammers and drivers; the compass used to measure the circumference of a barrel. One’s tools are passed down and guarded as closely as his knowledge of the trade–the compass Buckley wields was made by his great uncle.

When asked what it takes, or how long it takes, to become a true Master Cooper though, Buckley insists only that he’s still learning on the job. “It’s a continuous journey in mastering my craft,” says Buckley. “I am still learning. I have been a cooper for 40 years and it’s really only through experience and time that you could gain the distinction of being a ‘master.’” 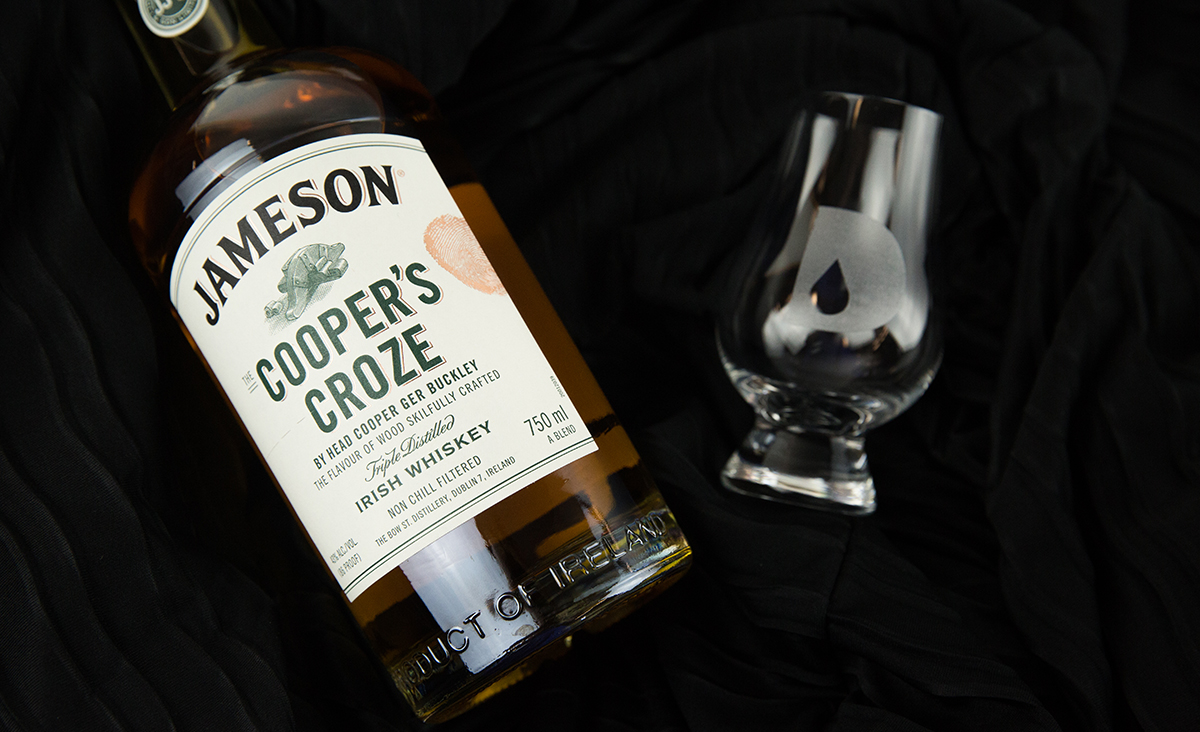 Yet after four decades, and four generations which preceded him, his career path nearly didn’t come to fruition. “I was very lucky to get the opportunity to become a cooper,” Buckley explains. “At the time of my apprenticeship I was the last apprentice to be hired. It would be another 38 years before another apprentice started to serve his time as an apprentice cooper.”

Apprenticing to become a Master

One new person on the job every four decades sounds pretty sparse, but keep in mind that other distilleries have shuttered their cooperages altogether, making the craft ever smaller as the years go on. “I have been very fortunate to have worked in a company like Irish Distillers who value the craft of coopering,” says Buckley. “Most distilleries would not have their own cooperage operation but Irish Distillers have always concentrated on their wood management and the value of quality wood.” 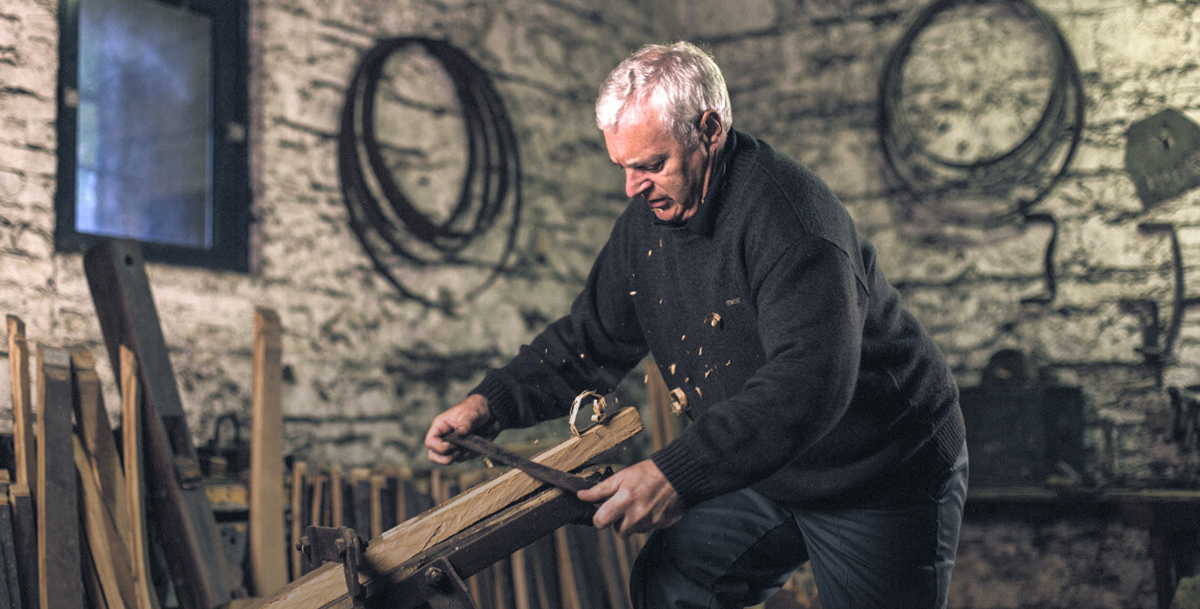 That most recent hire is the apprentice whom Buckley is now instructing. “It is very exciting to have an apprentice and to have the opportunity to pass on my knowledge and skill to the next generation to keep an unbroken line of coopering in Ireland stretching back over 1,000 years,” he says.

Passing along the craft to a new generation

Alas, the Buckley family’s generational streak seems set for at least temporary interruption. “It would be very nice to pass it on to the next generation of Buckley’s but that is not possible since my two daughters have not shown an interest,” says Buckley. “It is just as important to pass my skills on to another generation even if they are not related.”

So the apprentice toils away under Buckley’s watch. He’s not the only one gaining an appreciation for coopering from that master craftsman behind this vanishing trade, though. The same can be said for any visitor who has a chance to listen to Buckley’s stories, and to soak up his passion for and knowledge of the industry, working up a thirst while learning a thing or two which will make that next sip all the more rewarding.

For Buckley’s sake, make it something Irish.