While not the most likely of places to start a whisky distillery, a group of whisky enthusiasts decided to chase their dream in Israel. Construction began on the Milk & Honey Distillery in June 2014. Within a year the first spirit flowed from its pot stills, located in a former bakery in an urban neighborhood of Tel Aviv. There’ve been a few highly limited releases, but now Milk & Honey is finally ready to conquer the world of whisky with the release of its first widely-available single malt.

Among the original Israeli dreamers is Milk & Honey Head Distiller Tomer Goren. Partly self-educated, Goren also spent time honing his craft at distilleries in Scotland, as well as at the British Institute of Brewing & Distilling. He quickly discovered that distilling in the hot Israeli climate is a far cry from the mild weather in Scotland. Goren talked with us to discuss the advantages and challenges of producing whisky in Israel.

Long-time whisky expert Dr. Jim Swan played a key role at Milk & Honey Distillery until his untimely death in 2017. “The main reason to bring in Jim Swan was to help us with maturing whisky in a hot climate,” says Goren. “He helped us with the recipe and all kinds of specifications to make sure our production was optimal for warm weather.”

Swan consulted distilleries around the world, among them Kavalan in Taiwan and Amrut in India, two distilleries praised for their whiskies aged in demanding climates. “I almost don’t know where to start, that’s how many challenges there are when it comes to making whisky in a hot climate,” says Goren. “We try to reduce the angels’ share by changing the recipe, for example. The most important thing is to keep the cask influence in check. To be honest, we’re not completely where we want, but we’re working on it and will get there.”

Israel has several different climate zones which the Milk & Honey Distillery intends to use to its advantage, as it looks to mature some of its whiskies away from Tel Aviv. For example, heavy snow falls in the northernmost part of the Golan Heights. And while Tel Aviv is hot and somewhat humid, the Dead Sea is hot but bone-dry. The spirit loss through evaporation is close to 25% per year, nonetheless Milk & Honey already matures casks on the roof of a hotel near the Dead Sea. 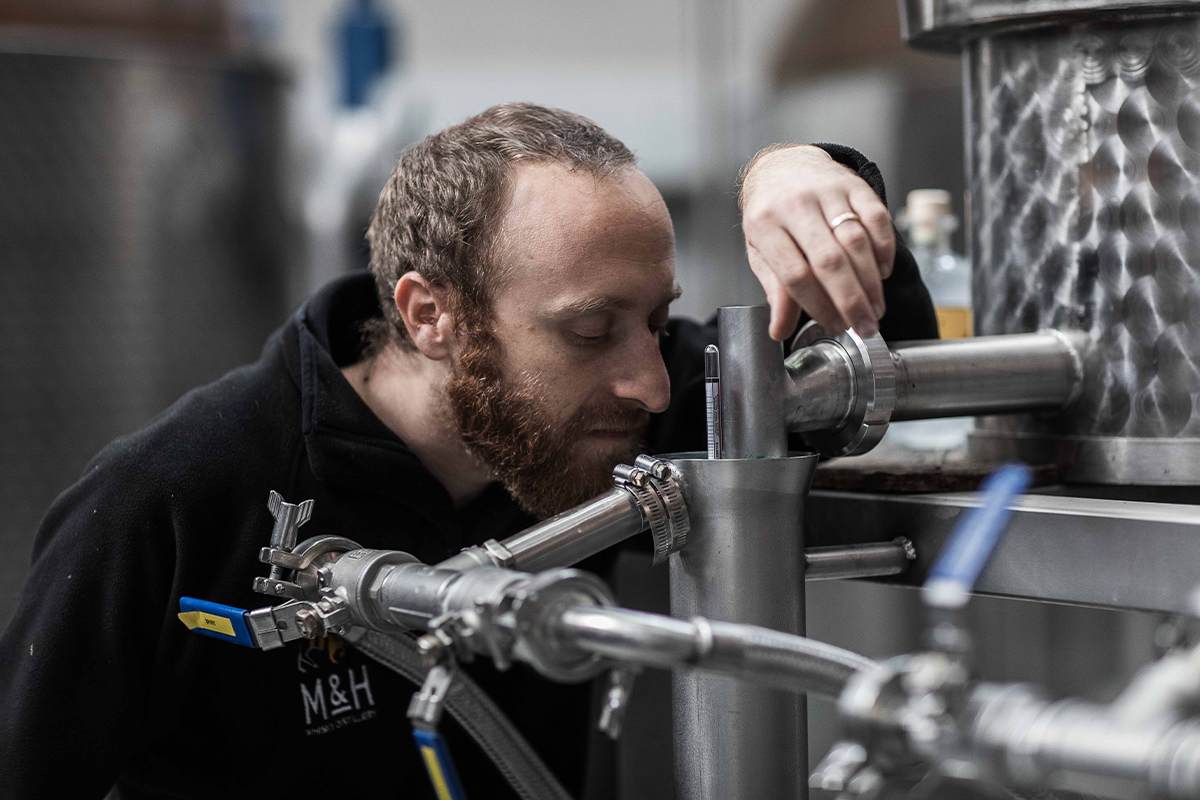 “We’re still learning how to use this climate, but we do know that full maturation at the Dead Sea is not possible,” says Tomer. “Maybe a year or a year and a half, not any longer. Flavor development is enormous in that climate. We’ll use it as part of a vatting, but I don’t think we’ll ever release a wholly Dead Sea matured whisky.”

For an upstart distillery like Milk & Honey, the advantage of its Israel location is clear. A warmer climate intensifies the aging process, extracting flavor from an oak cask much quicker than in Scotland. This enables the distillery to present a young, yet mature whisky that’s not even four-years-old, the Milk & Honey Classic Single Malt. 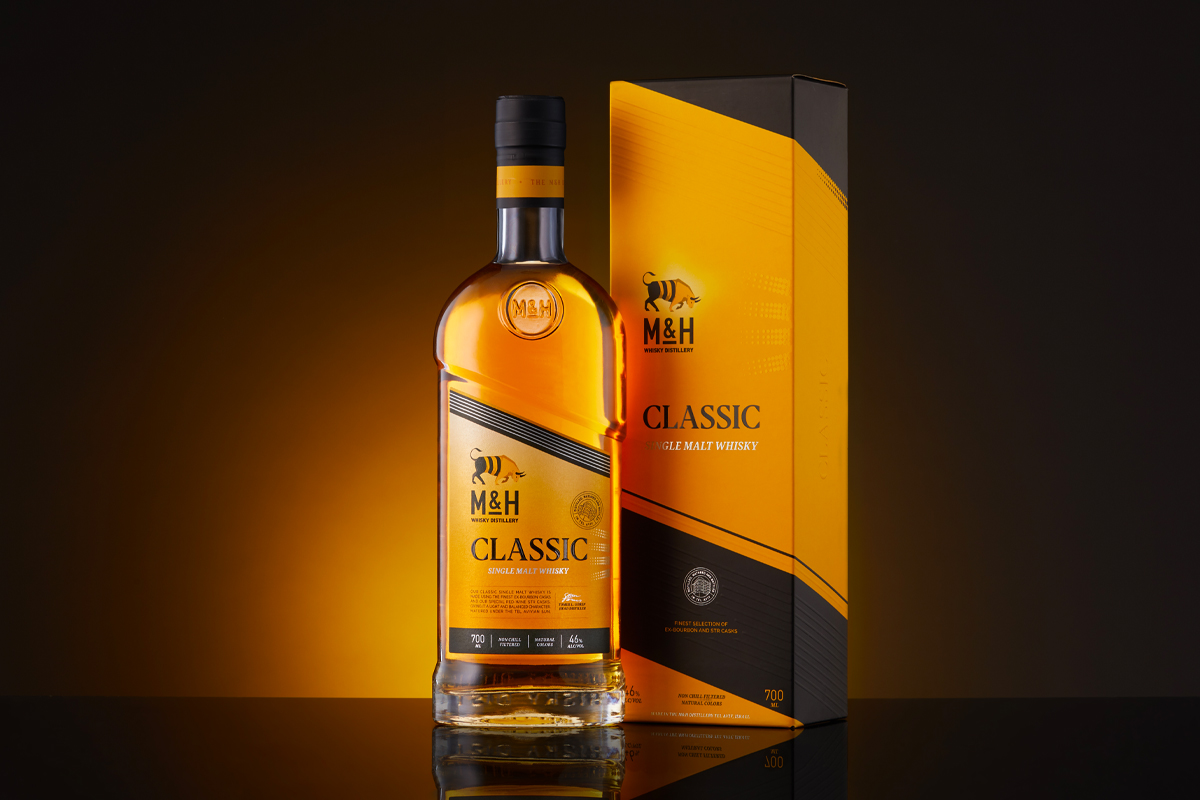 “After years of hard work and perseverance, we are so excited to finally launch our commercial whisky”, says Gal Kalkstein, owner of Milk & Honey Distillery. “It was quite a challenge to set up a distillery in Tel Aviv, but we chose to go all the way to fulfill our dream of producing whisky that proudly stands alongside leading brands from around the world.”

Milk & Honey’s Classic Single Malt Whisky was matured in ex-bourbon casks and special red-wine STR casks. This innovative cask type from Swan has gone through a process of shaving, toasting and re-charring. A small number of virgin casks was also used, which “gives a little more balance to the whisky,” according to Goren.

Milk & Honey also distinguishes itself by experimenting with maturation in local pomegranate wine casks. Pomegranates are part of the Seven Species: two grains and five fruits listed in the Hebrew bible as being special products of the Land of Israel. Not surprisingly, pomegranate wine is very popular in Israel. Most of the casks Milk & Honey uses are more traditional though, such as ex-bourbon and ex-sherry casks.

The release of the Classic Single Malt Whisky is a landmark in the history of Milk & Honey Distillery. As the Israeli whisky market is not big enough to support the sizable operation, the goal was always to go global. With distribution of the Classic Single Malt Whisky in 10 markets, among them Canada, France, the UK and later this year the US, that goal will soon be reached.