This week we’ve got some exciting new products to tell you about. First, The Balvenie announced its second Peat Week bottling which uses Highland, rather than Islay peat. Next, fans of sherry-finished single malts will be pleased to hear about Talisker’s new Bodega Series—this first bottling highlights amontillado sherry. For something a little more affordable, The Singleton of Dufftown added a new product to its portfolio which should only set you back about $40.

Moving to North America, Crown Royal released the first in its new Blenders’ Series, with an updated name to please bourbon enthusiasts. Also, musician, artist and Nobel Prize winner Bob Dylan has collaborated on a trinity of new whiskey releases with labels inspired by art from Dylan himself. And for something completely different, we’ve got a trio of new botanical spirits from Ketel One and a flavored cucumber vodka from Stoli to liven up your summer cocktails.

Finally, if you watch Game of Thrones, you will want to read until the very end. Scotch is coming. Find all the details below in the booze news for the week of April 30, 2018!

This 2003 vintage is the second release in the Peat Week series. The Balvenie started to experiment with peated whisky back in 2002. The distillery devotes one week per year to distill heavily-peated (30ppm) malted barley. The peat used at The Balvenie is Highland peat rather than Islay peat. Distilled in 2003, the single malt ages for 14 years exclusively in American oak. Bottled non-chillfiltered at 96.6 proof. 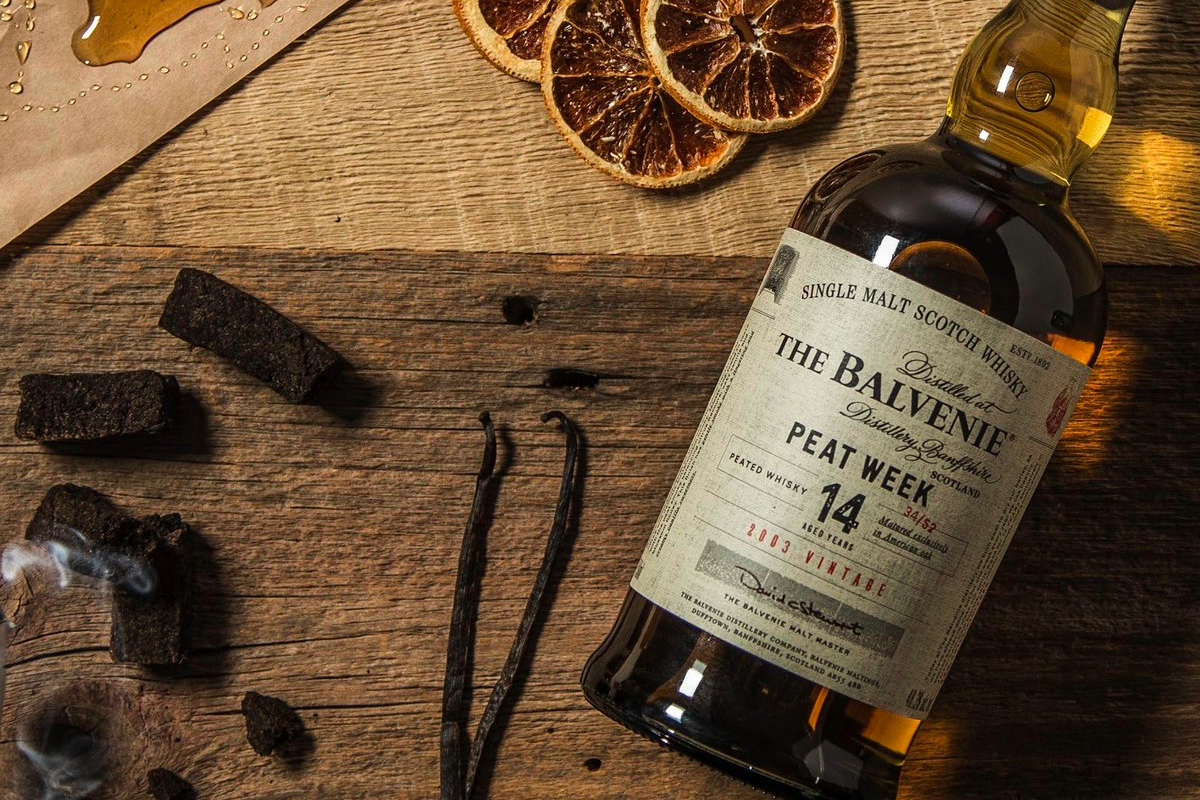 Launching in late June 2018, this 1978 vintage-dated single malt is the first release in the brand’s Bodega Series. This series aims to highlight the influence of sherry cask finishes on its single malt. Aged 40 years, Talisker matures the single malt first in American oak refill casks before finishing it in casks which held 40 year-old amontillado sherry from Bodega Delgado Zuleta. A total of 2000 bottles will be available globally. 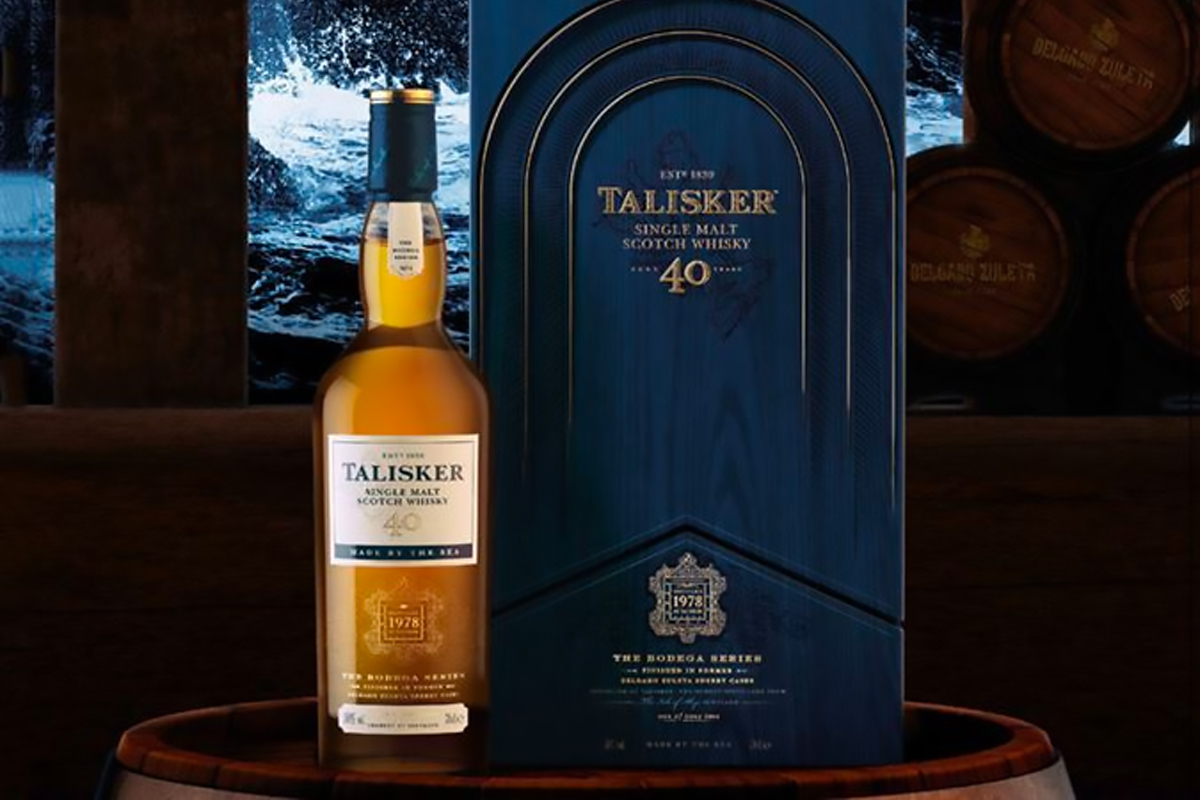 Announced in May 2018, this no-age statement Dufftown single malt uses refill, sherry and bourbon casks for maturation. Using a greater proportion of refill barrels in the blend allows “the sweet yet refined distillery character to shine through”. Each bottle includes a batch number and the signature of Diageo’s master of malts, Craig Wilson. The bottle also marks a packaging update for the brand’s core whiskies, harking back 19th century hip flasks. 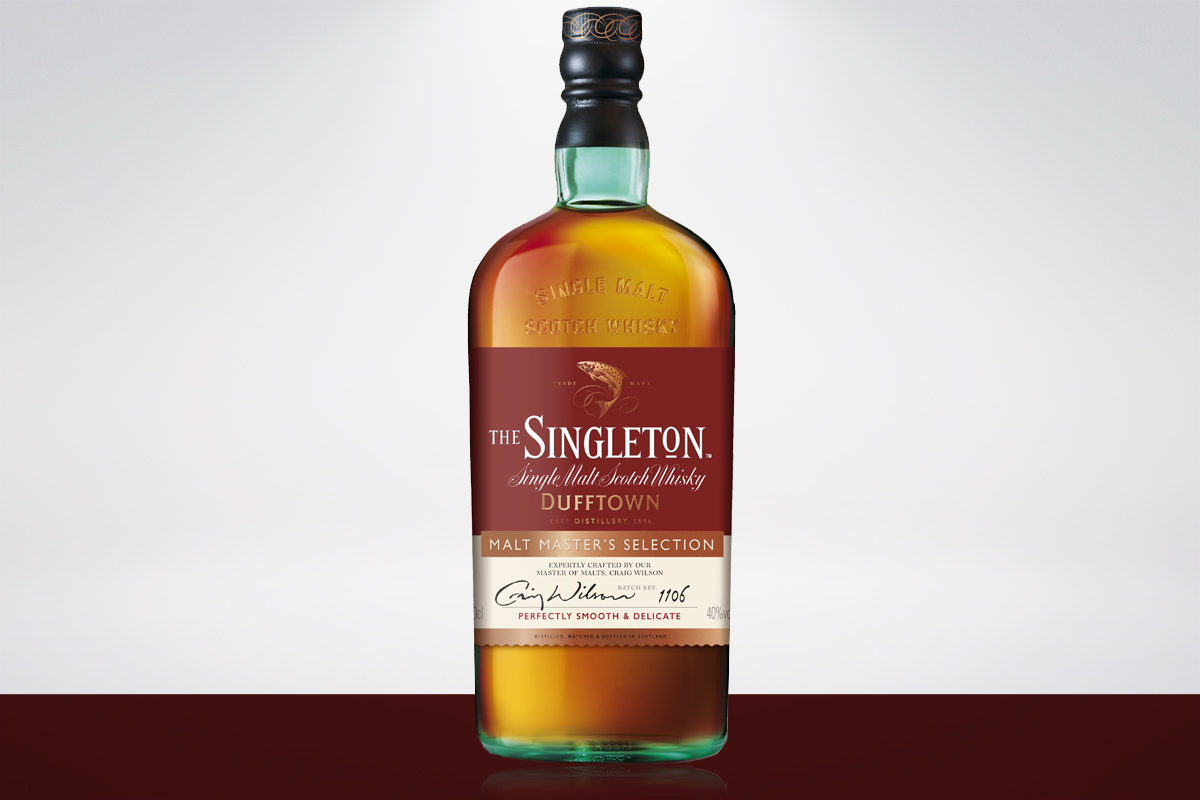 This product marks the first in the Blenders’ Series. Crown Royal initially named it Crown Royal Bourbon Mash. The brand changed the name to avoid confusion (and lessen the backlash from bourbon enthusiasts). However, bottles with the former name are out there. Crown Royal uses over 50 whiskies to create its signature DeLuxe whisky. Blenders’ Mash features one of the “flavoring whiskies” used in DeLuxe with a corn-dominant mash bill (64% corn, 31.5% rye, 4.5% malted barley). It aged in new, American oak and ex-bourbon barrels. Released with no-age statement at 80 proof. 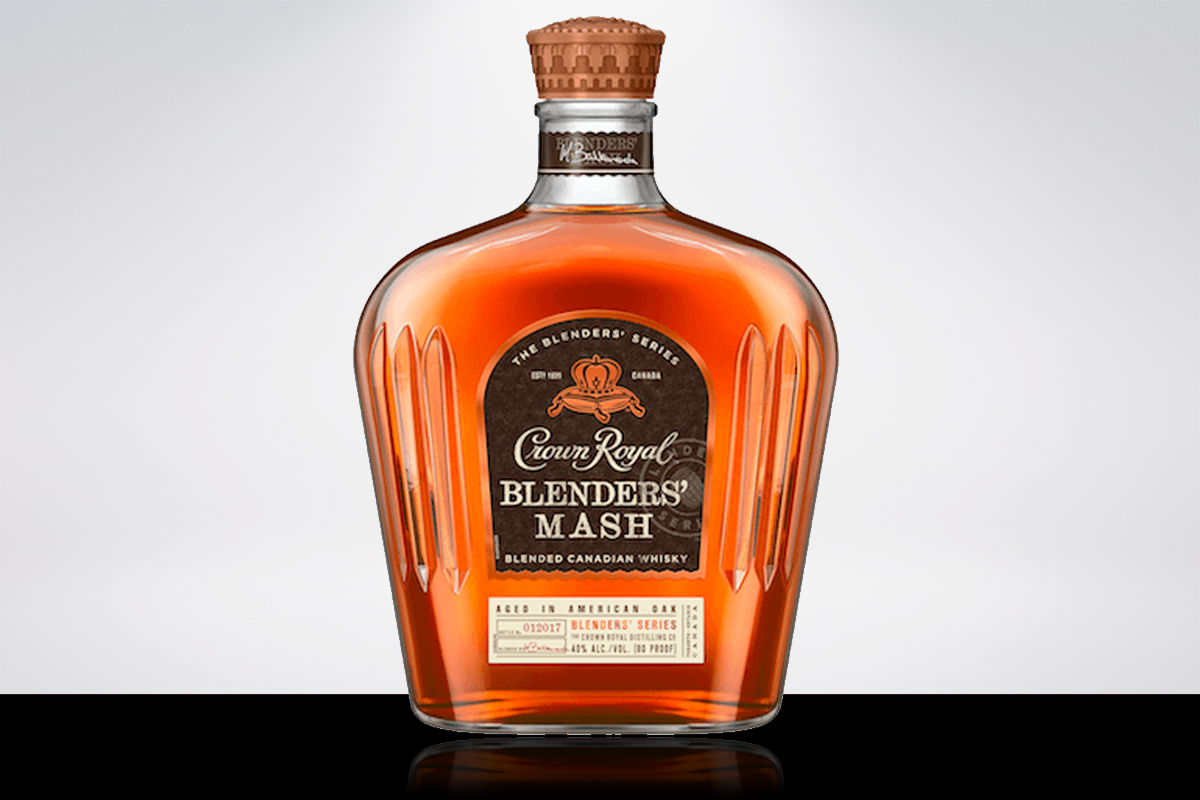 Heaven’s Door is a whiskey brand developed in collaboration with Bob Dylan. The bottles feature iron gates which were created by Dylan in his studio, Black Buffalo Ironworks. The original gates are made from found objects from across America including “everything from farm equipment, children’s toys, kitchen utensils and antique firearms to chains, cogs, axes and wheels.” Availability begins May 2018, first in Tennessee, Texas, California, Florida, New York and Illinois, with more markets to come. 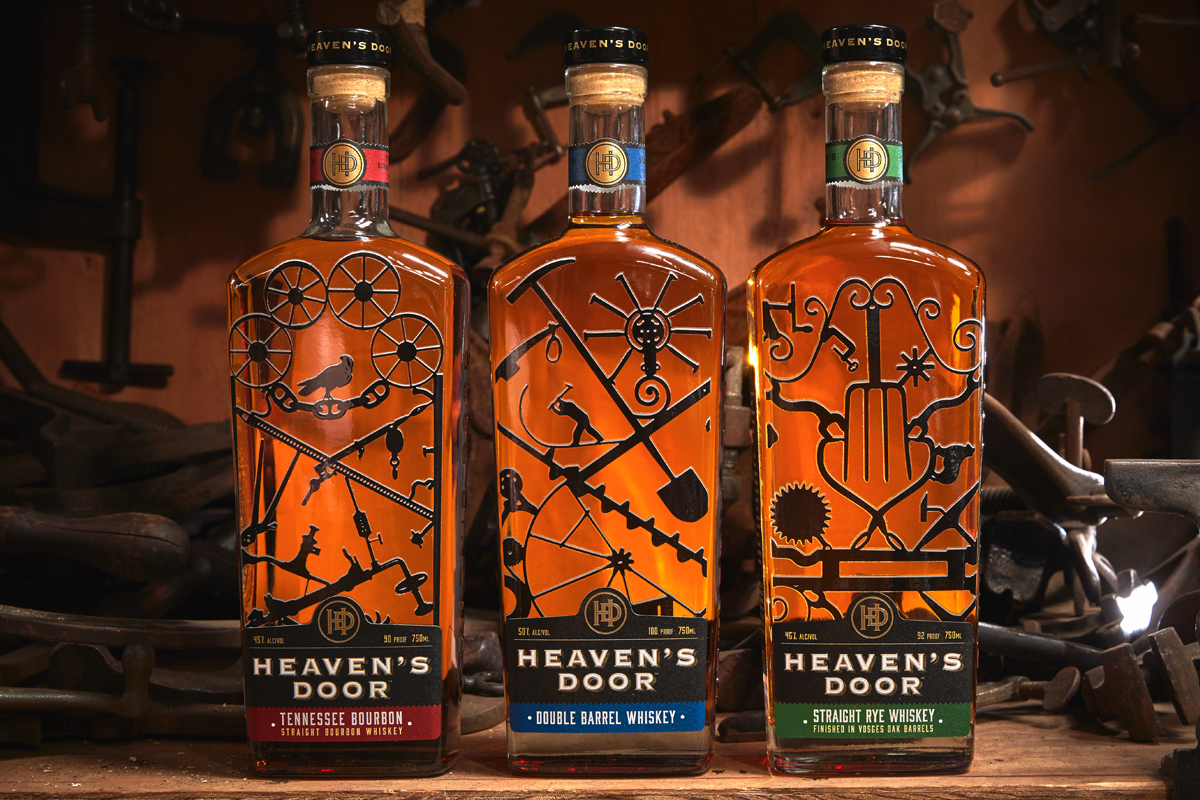 Distilled in Tennessee, this straight rye finished its maturation in toasted French oak cigar-shaped barrels from Vosges. Bottled at 92 proof.

The trio of Botanical releases all start with Ketel One Vodka–made with 100% non-GMO grain. A botanical recipe is added and the product is redistilled in copper pot stills. Then it is infused with “naturally-extracted essences of crisp, fragrant fruits and botanicals”. No artificial flavors, sugars, or artificial sweeteners added. Bottled at 60 proof, a 1.5 oz serving is 73 calories. These Ketel One Botanical releases hit shelves in May 2018. 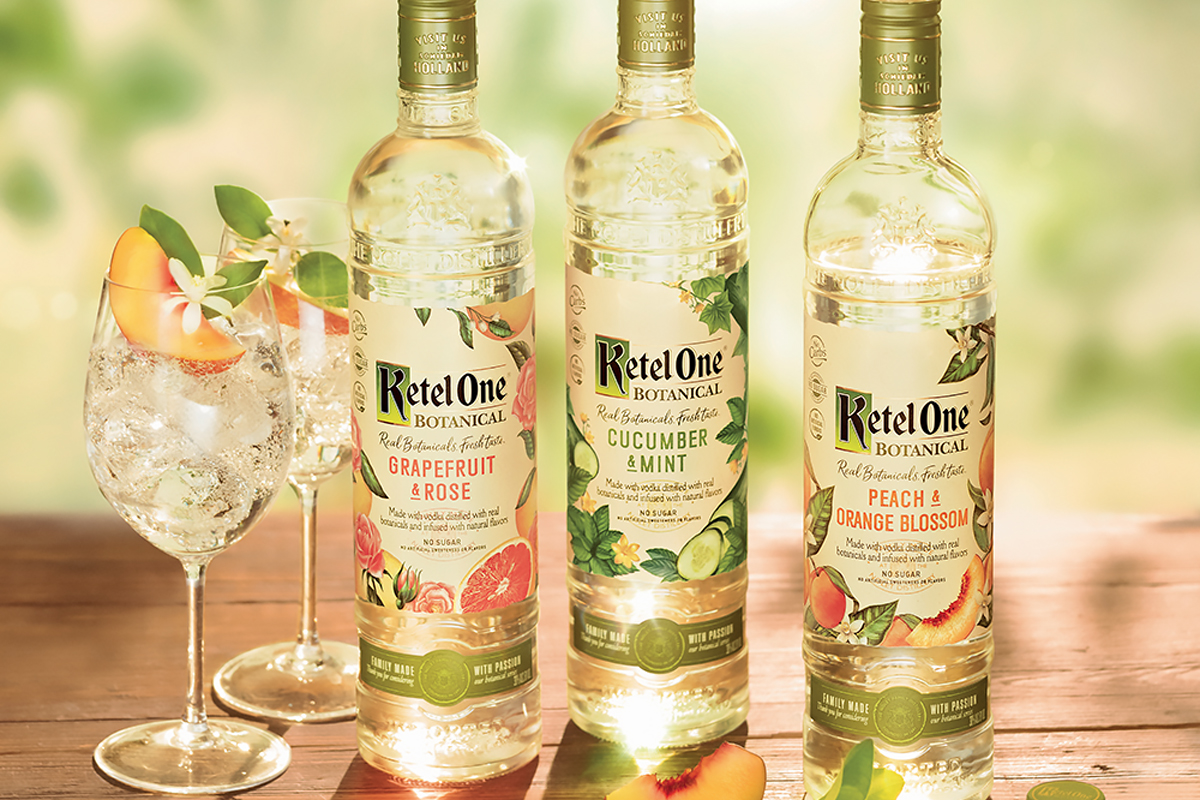 This cucumber flavored vodka is available beginning late April 2018. Select retailers will have a packet of Tajín chile seasoning affixed to the bottle. This is the first new flavored vodka from Stoli since 2012. Bottled at 37.5% ABV. 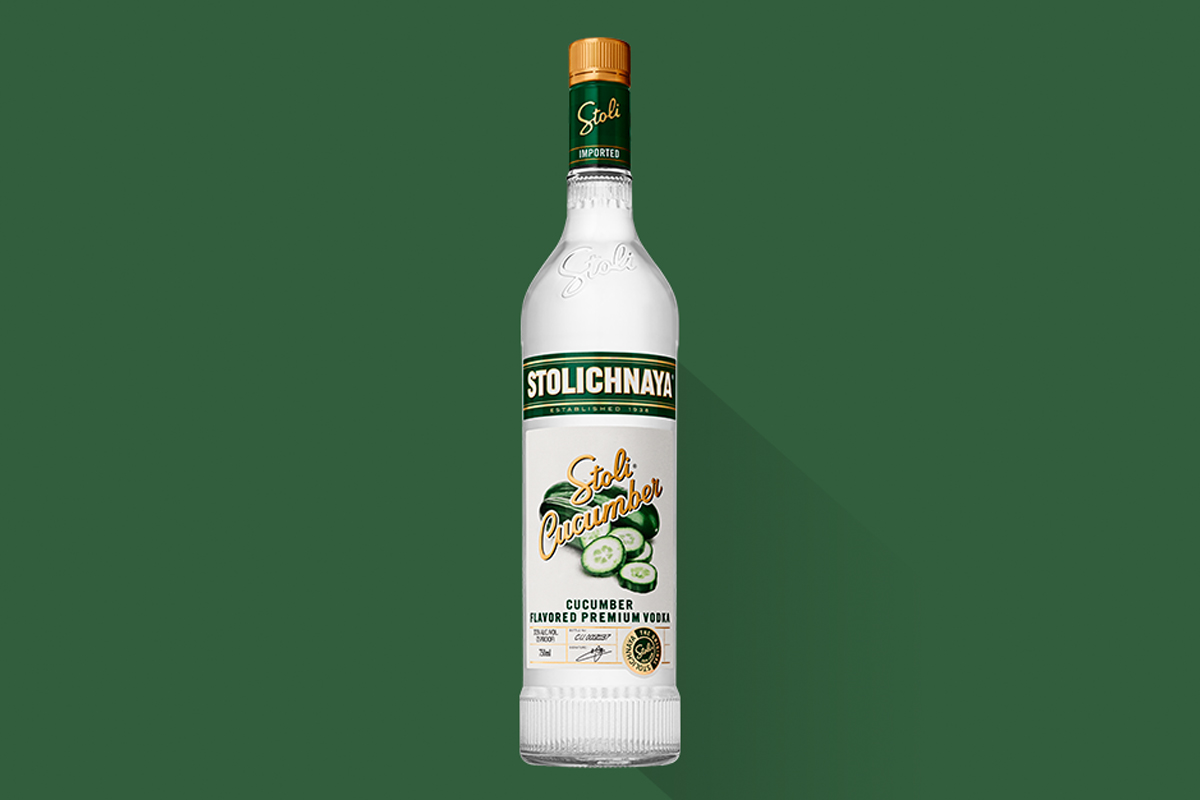 “Scotch is coming to the realm this fall.” A collaboration between HBO’s Game of Thrones and Diageo’s Johnnie Walker is due to hit shelves fall 2018 ahead of the final season of the show. More info and official image to come. 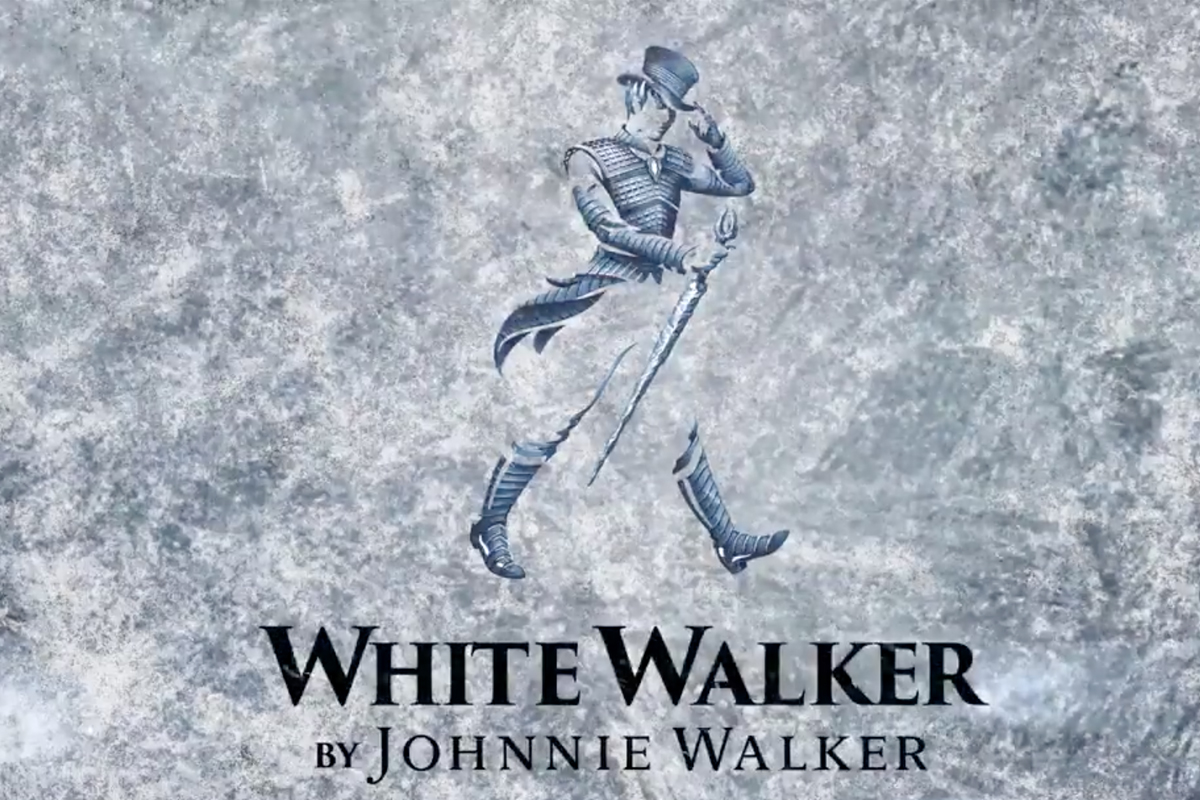