Before our official reviews arrive, we wanted to give you a sneak preview of the new products hitting shelves soon. A high-rye bourbon release from Hirsch and a trio of single malts from The Dalmore are among the new releases. There’s also something for the collectors: a blended vintage 1971 Scotch whisky from the Last Drop. Here’s the Booze News for the week of July 10, 2017!

Anchor Distilling is keeping the heritage of the Hirsch name alive with the introduction of this high-rye straight bourbon whiskey. Released in mid-July 2017, this release is comprised of two high-rye mashbills. In addition to corn from both Indiana and Ohio, one contains 21% rye and the other 36% rye. This sourced whiskey is aged in barrels with a char #4 on the bodies of the barrels and a char #2 on the heads. This straight bourbon is aged for 8 years.

“This is a whiskey that is punching far above its weight,” says Morgan Robbat, Vice President of Marketing at Anchor Distilling. “With a high rye content that makes it ideal for American whiskey fans as well as craft cocktail enthusiasts, this 8 Year Old expression over delivers on quality — as you’d expect given the Hirsch heritage.” 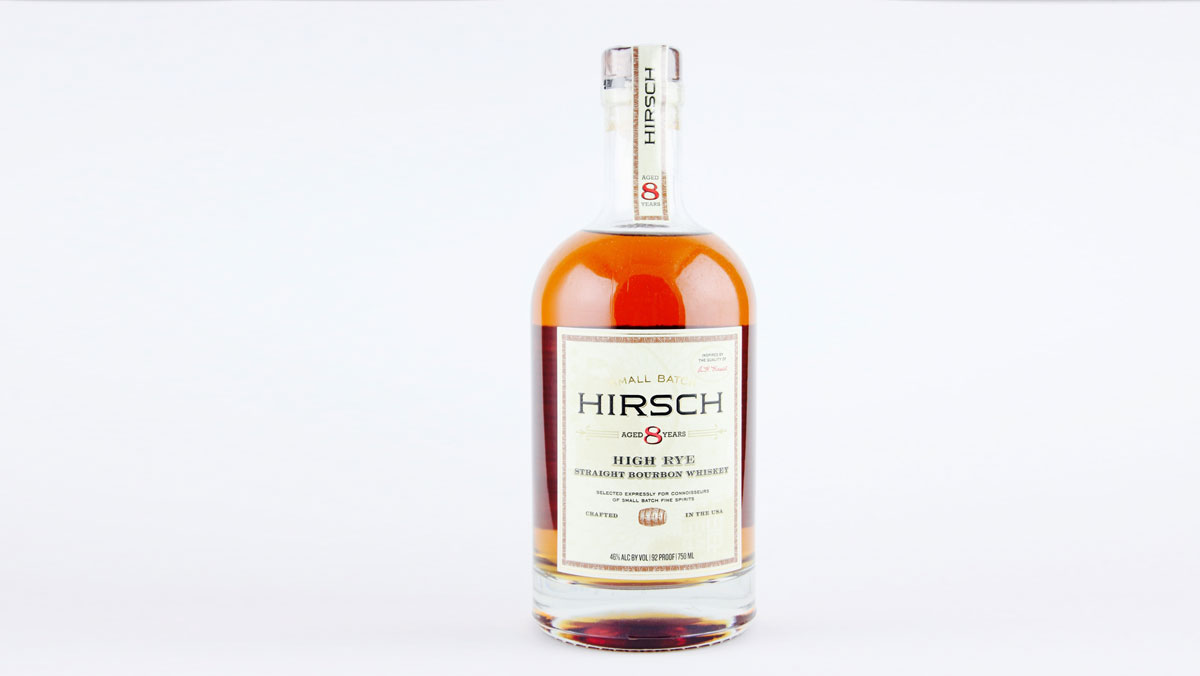 This release from Arran is the third in their Smugglers’ Series offerings following Vol. 1’s The Illicit Stills and Vol. 2’s The High Seas. This series pays honor to the “exuberant character of those striving to outwit the Government’s representatives in the pursuit of the production of the famed Arran Waters.” The single malt whisky was aged in former Madeira wine casks and quarter-casks at that, as they would’ve been easier to transport.

The whisky is bottled with no added color, is non chill-filtered, and is bottled at a cask strength of 56.8%. 8700 bottles will be available beginning in mid-July 2017. This bottling concludes the series. Suggested retail price £93 ($120). 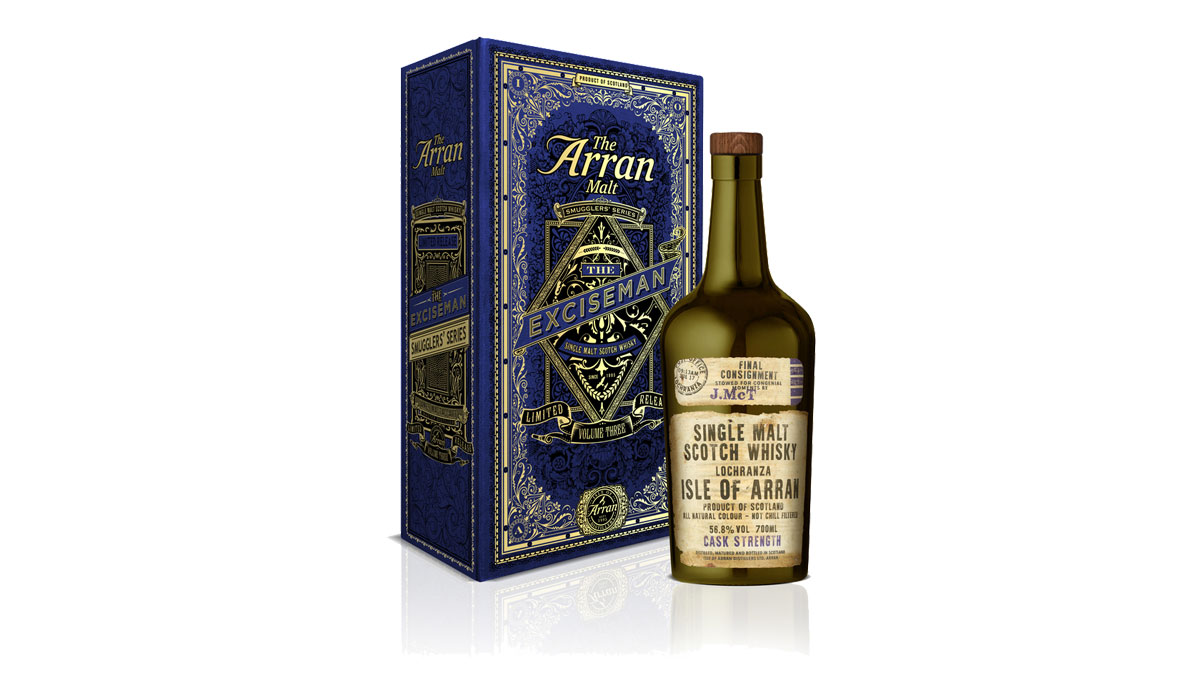 It’s an unusual thing to see a vintage dated blended Scotch whisky, but that’s exactly what this release from The Last Drop is. First blended to create a 12 year-old blend, what was left from that bottling was placed into 11 ex-oloroso sherry butts. It was then aged for another 9 years and bottled as a 21 year-old whisky. What remained from that bottling was transferred into oak barrels for an additional 24 years of maturation. Forty different malt and grain whiskies comprise the blend and all were distilled in 1971. The whisky was bottled in 2017 and is sold at 47.2% ABV. There are 1,352 bottles available for sale. Suggested retail price £3000.

Blended by Richard Paterson, master distiller at The Dalmore who is celebrating his 50th anniversary in the whisky industry this year, The Dalmore Vintage Port Collection was released in July 2017. This trio of Highland Scotch single malts were all aged first in ex-bourbon barrels before being transferred to ex-tawny port pipes to finish the maturation process. Suggested retail prices for the 1996, 1998, and 2001 bottles are £450, £200, and £150 respectively.

Says Paterson, “For me, port and whisky complement each other perfectly, with port providing a fruitier palate to The Dalmore’s deep and complex new make spirit. Being able to finish these new releases in pipes of Graham’s port, which are some of the finest quality, during my anniversary year is incredibly exciting. I’m delighted to be able to continue our founder’s vision of creating new expressions that push the boundaries of what’s possible in the luxury single malt category.” 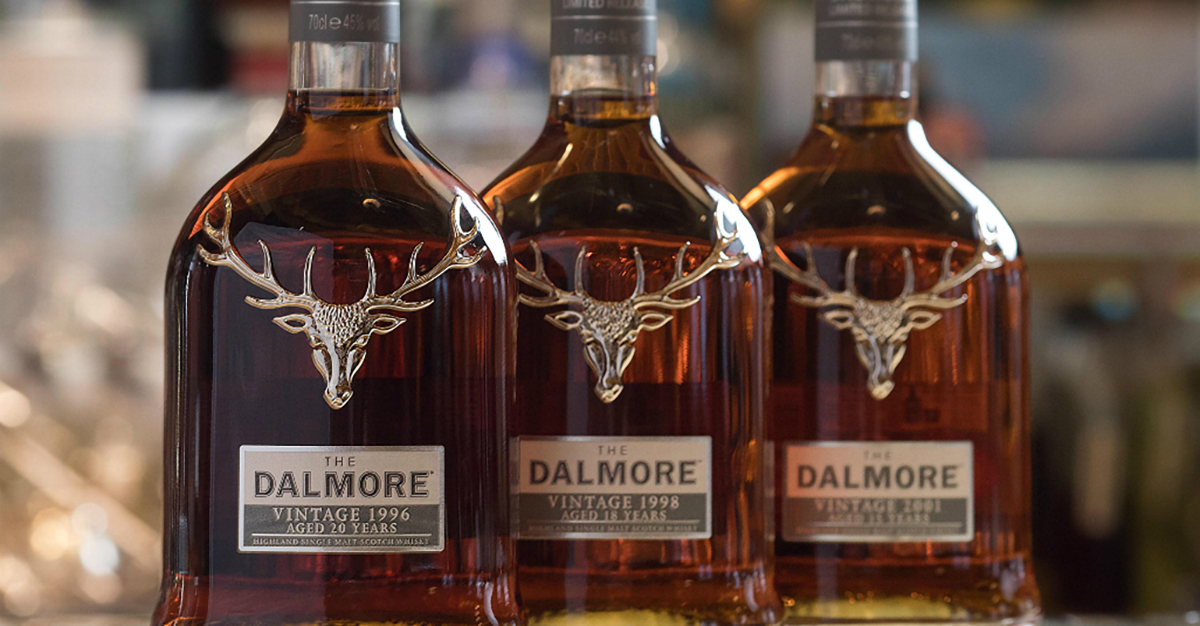