According to the Kentucky Distiller’s Association, there are now 6,657,053 barrels of bourbon resting in the Bluegrass State—and counting. So it’s hardly surprising that many drinkers around the world associate the most American of whiskeys with Kentucky. It has the inventory, it has the history, and it has that beautiful limestone-filtered water. But it doesn’t monopolize the moniker. Bourbon can come from anywhere in the United States, and, indeed, it does (save for Hawaii, for some strange reason). Increasingly adventurous connoisseurs are mining the far-flung corners of the country to emerge with some exceptional liquids. A proper celebration of Bourbon Heritage Month must honor the American spirit, in it’s geographic entirety. Presented here with a sense of patriotism are the most rewarding examples of bourbon from places you’d least expect.

Wyoming is the least densely populated state in the union—home to about as many people as Staten Island. But it doesn’t take a whole lot of souls to craft a fine whiskey. Just one will do, in fact. 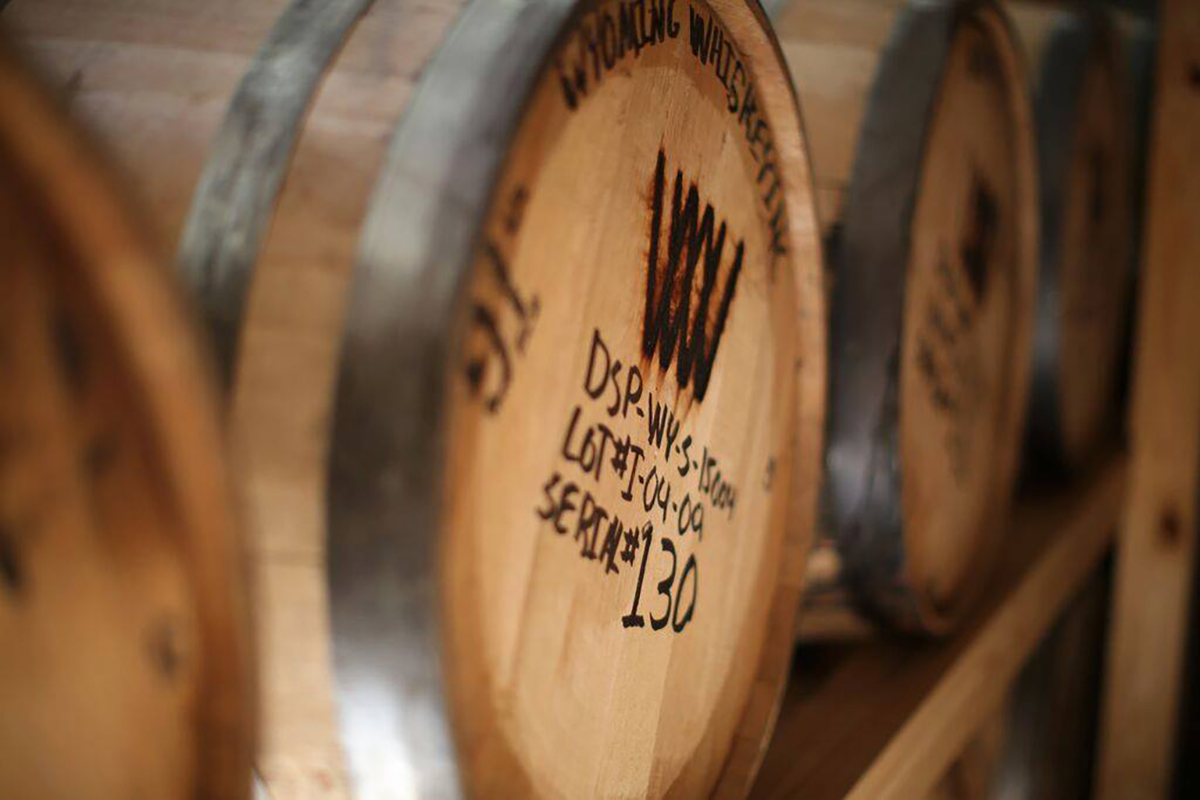 Wyoming Whiskey has one hell of a head distiller in Sam Mead. He’s taken his vast skillset to the banks of the Bighorn River and produced an array of American whiskeys each with considerable complexity. His flagship Small Batch is the pound-for-pound standout. It isn’t just exceptional; at $40 a bottle it’s also surprisingly affordable for a true craft whiskey. With a toasted grain center and creamy caramel-laden edges, this beautiful, 88 proof elixir is poised to hold its own against the good ol’ boys of Bluegrass.

Alaska? The Last Frontier isn’t exactly hospitable to whiskey making. Harsh climate, minimal infrastructure and lack of quality grain combine to impede every step of the process. Which is probably why Port Chilkoot, in the southeastern corner of the panhandle, is responsible for the state’s only two homegrown examples. Their bourbon came to market at the end of 2016, after two years of resting in heavily charred Kentucky white oak. 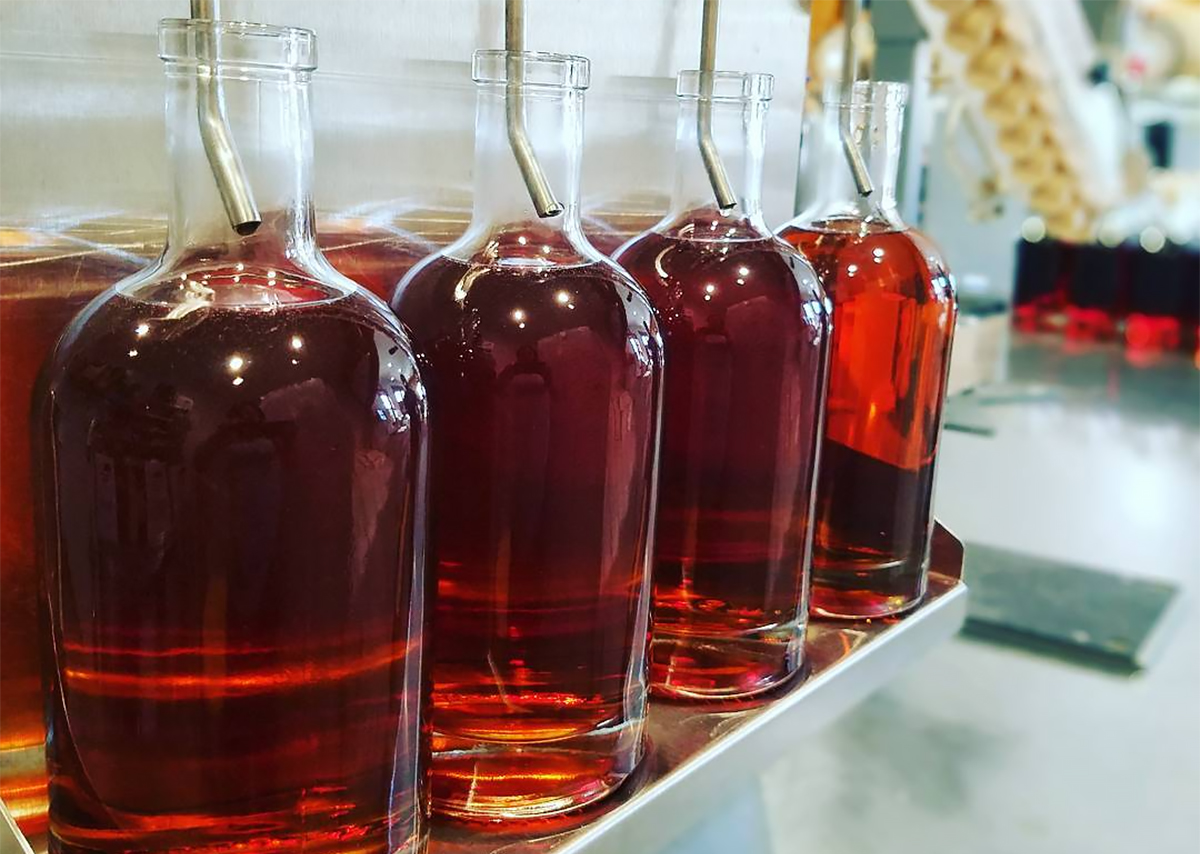 It’s green, and it’s got bite; both of which would benefit from a longer maturation. But given its young age, the liquid shows solid honeyed oat layers, and a light mouthfeel. This is likely owed to the beautiful, glacial runoff water used to cut it down to proof. If that piques your interest, just make your way up to Haines and haul off into the bush with a bottle or two.

You might be thinking that New York state can’t possibly be that far off the beaten path. But then you’ve obviously never been to Rochester—a good six hour drive from the City That Never Sleeps. Jason Barrett, head distiller of Black Button, has been helping to put his hometown back on the map. After garnering heaps of praise for an inventive lineup of gins, the distillery launched a bourbon in 2016. 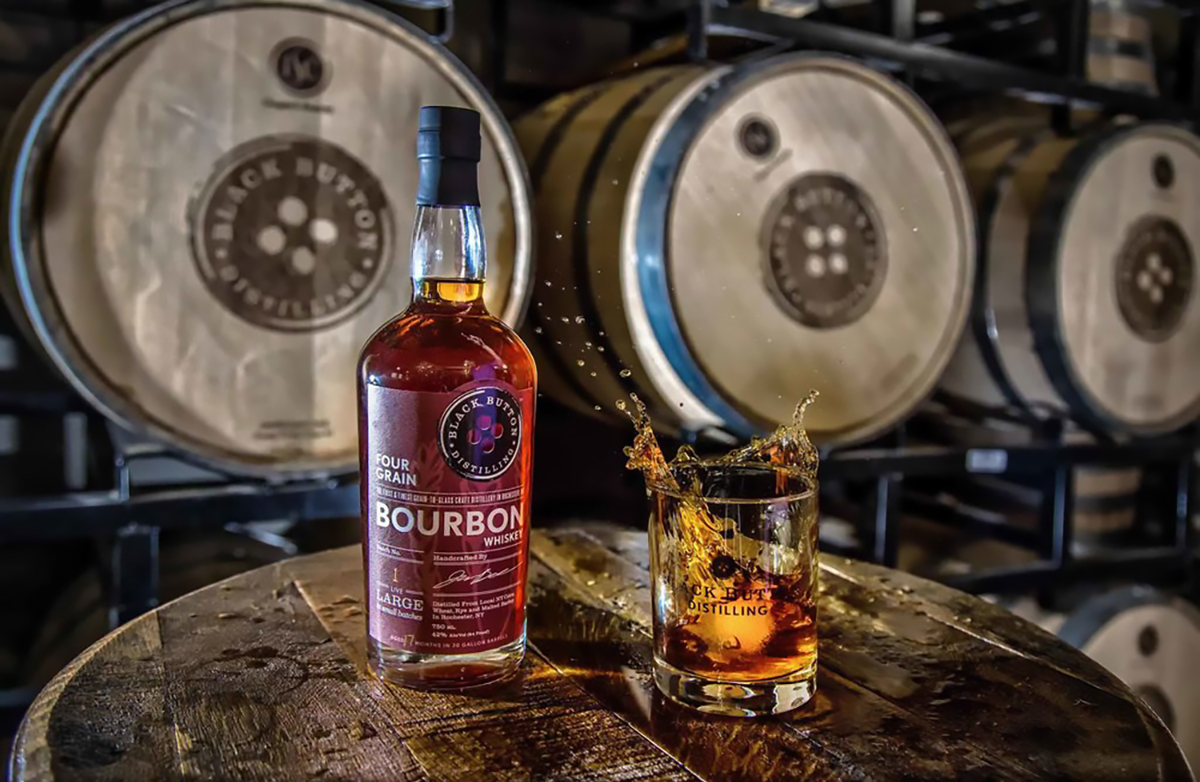 Its unusual mash bill—60% corn, 20% wheat, 9% rye and 11% malted barley—makes it soft in the mouth and multi-dimensional on the tongue. It leaves you wondering why more whiskey makers aren’t always going with the four-grain approach. Since you probably won’t be making it to Rochester anytime soon, Black Button is kind enough to distribute their products to 12 states currently, eyeing several more markets in the year ahead.

Florida seems to make the news for all the wrong reasons these days. St. Augustine is doing its part to attract the right kind of attention to the Sunshine State. Yet, it probably doesn’t grab enough headlines when you consider that its blend was developed by industry legend Dave Pickerell. 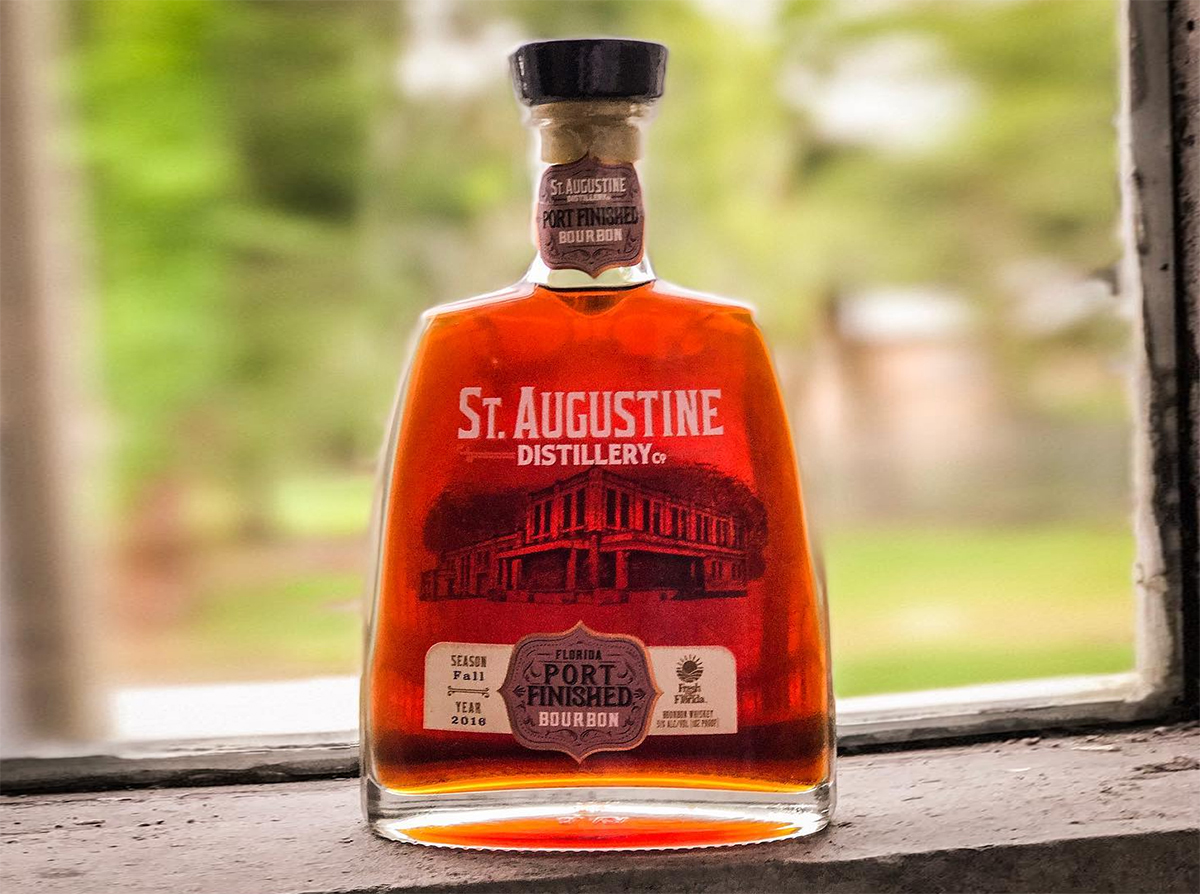 Locally-grown corn and wheat are mixed with a touch of malted barley for a bill that will taste familiar to fans of Pickerell’s former employer, Maker’s Mark. An already soft, smooth liquid is finished for an additional few months in port barrels from a neighboring winery. The hot, humid summers in this part of the world allow for some intense interaction between whiskey and wood. For fans of port-finished spirits, this is a dark fruit bomb delight.

Coastal Maine isn’t just for lobsters. The artisans at Split Rock are crafting all-organic spirits, from grain to glass. Produced in a refurbished big red barn, from non-GMO grain, their bourbon has a hint of gingerbread spice, falling away with deep cocoa nibs. It’s the type of dram that would partner well against a wood stove in a Maine winter. 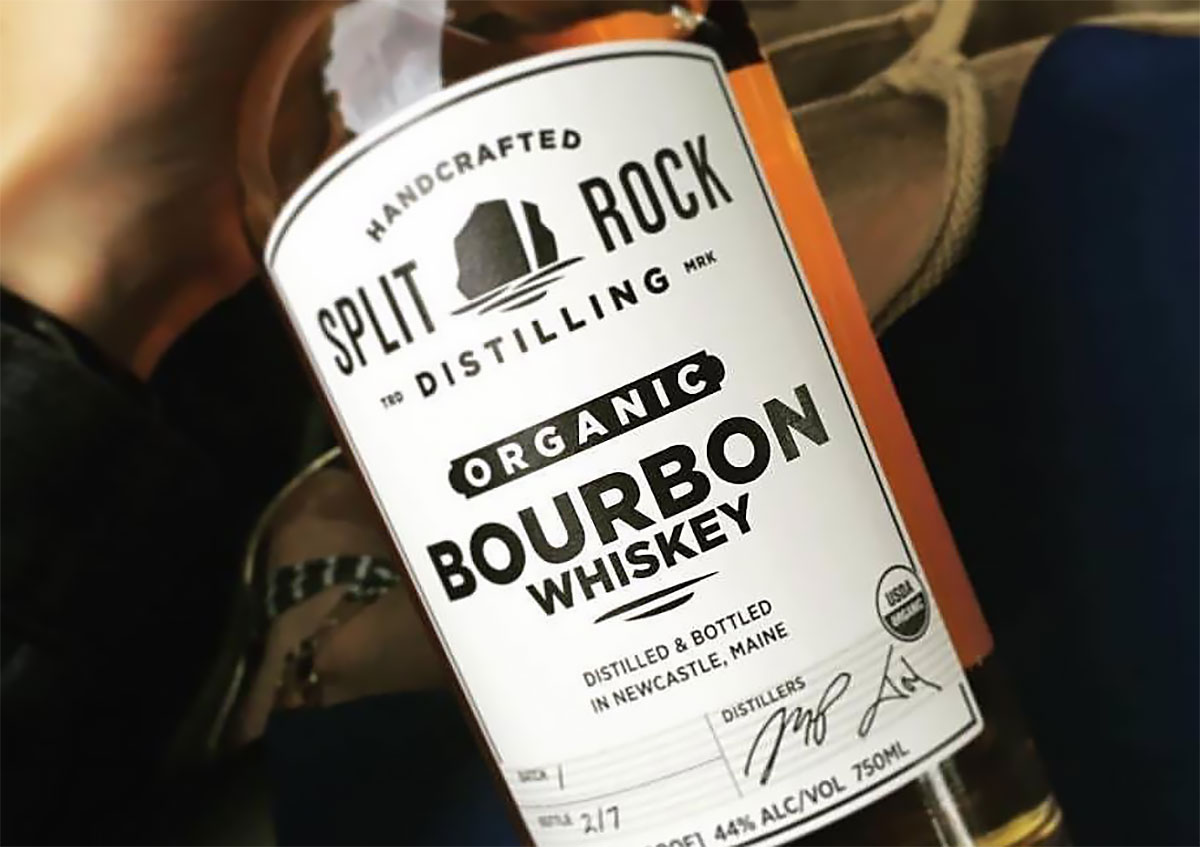 For co-founders Matt Page and Topher Mallory, investing heavily in the quality of ingredients is paramount to crafting a superior spirit. Seems like kind of a no-brainer, and yet there remains an alarming amount of distillers, craft and commercial, alike, who are more than willing to cut a few corners. With an abundance of organic farmers in their neck of the woods along with some of the softest, purest water in the Lower 48, Split Rock is able to deliver all uncompromising quality while maintaining reasonable costs. Now that’s what it really means to be from Maine!

It’s Bourbon Heritage Month and Kentucky ought to be on the front of everyone’s minds. She’s earned it. But now, more than ever, bold and beautiful bourbon is dumping out of the barrel from every corner of the country. It would be irresponsible of the curious connoisseur to dismiss a whiskey’s relative worth based upon a daunting distance from the center of Louisville. These exceptional far flung bourbons share a common joy, rooted in adventurousness and rugged individualism. And that’s not just the story of bourbon. It’s the story of the country that birthed it.