Cocktail of the Week: Normal Man

We at Distiller would like to take a moment to honor Mr. Parker Beam, Master Distiller Emeritus at Heaven Hill. Parker passed earlier this week after a battle with ALS (Amyotrophic Lateral Sclerosis) better known as Lou Gehrig’s disease. As a Beam born in Kentucky, it was a given that Parker would soon join the family business making whiskey. Parker’s over five decades of service is impossible to sum up here, but we know that with Craig, his son, at the helm, the whiskey world continues to be in good hands.  Our hearts go out to his family and everyone at Heaven Hill.

In that vein, we’d like to use this week’s feature to celebrate a cocktail which features Elijah Craig, a small batch bourbon from Heaven Hill. It was created by Moses Laboy, Cocktail & Beverage Director at Bottle & Bine in midtown east Manhattan, a restaurant featuring New American cuisine and craft-focused cocktails.

Opened in the late 2015, Laboy created cocktails for their fall/winter menu to include three different themes: Spice, Butter, and Smoke. The latter is the theme for this week’s cocktail. 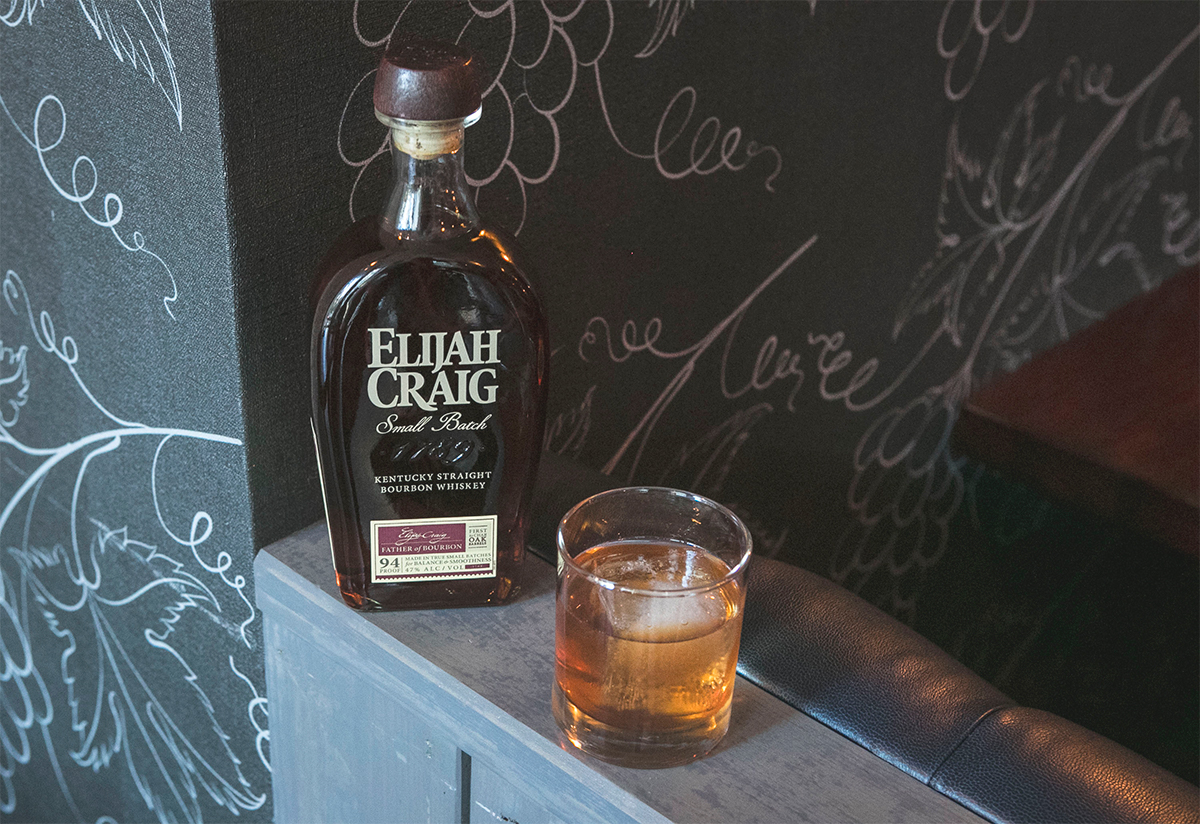 HOW TO MAKE THE NORMAL MAN COCKTAIL

“Elijah Craig was a clear choice when developing…[the Normal Man] cocktail.” explains Laboy. “The marriage between smoke and the sweetness of the corn in this whiskey creates a perfect, harmonious tipple.”

This drink has the foundation of an Old Fashioned cocktail, but Laboy takes it to the nth degree. He not only infuses matcha, a green tea powder, into the whiskey, he adds applewood smoke to the drink.

The barman has nothing but respect for Parker Beam. “I had the pleasure of meeting this humble man on several occasions and he wasn’t just a Master Distiller with an impeccable bourbon pedigree, he was an industry giant, leader, and friend to many. He will be missed.”

Cocktail of the Week: Tequila for Christmas