The original cocktail; so classic that the glass it is served in is named after it—much like the Martini and the Collins. Just four ingredients: spirit, bitters, sugar and water.*

(*Well, unless you are the sort that takes fruit in yours. In that case, add a cherry, an orange slice, and sometimes even pineapple. And if you’re in Wisconsin, you’re making it with brandy.)

The point is, these four simple ingredients together create that which is greater than the sum of their parts. Every legitimate bar should be able to make you one, even if it isn’t on the menu. Behold, the Old Fashioned cocktail.

Formerly known as a Whiskey Cocktail, this drink was first published in Jerry Thomas’s 1862 book, “The Bar-Tender’s Guide“, but the cocktail had been around since the early 1800s. Rye was likely the whiskey used, along with Boker’s Bitters (a defunct brand lost during Prohibition that has recently been replicated) and gum syrup was the sweetener. That drink was served in wine glasses, and served up (without ice). 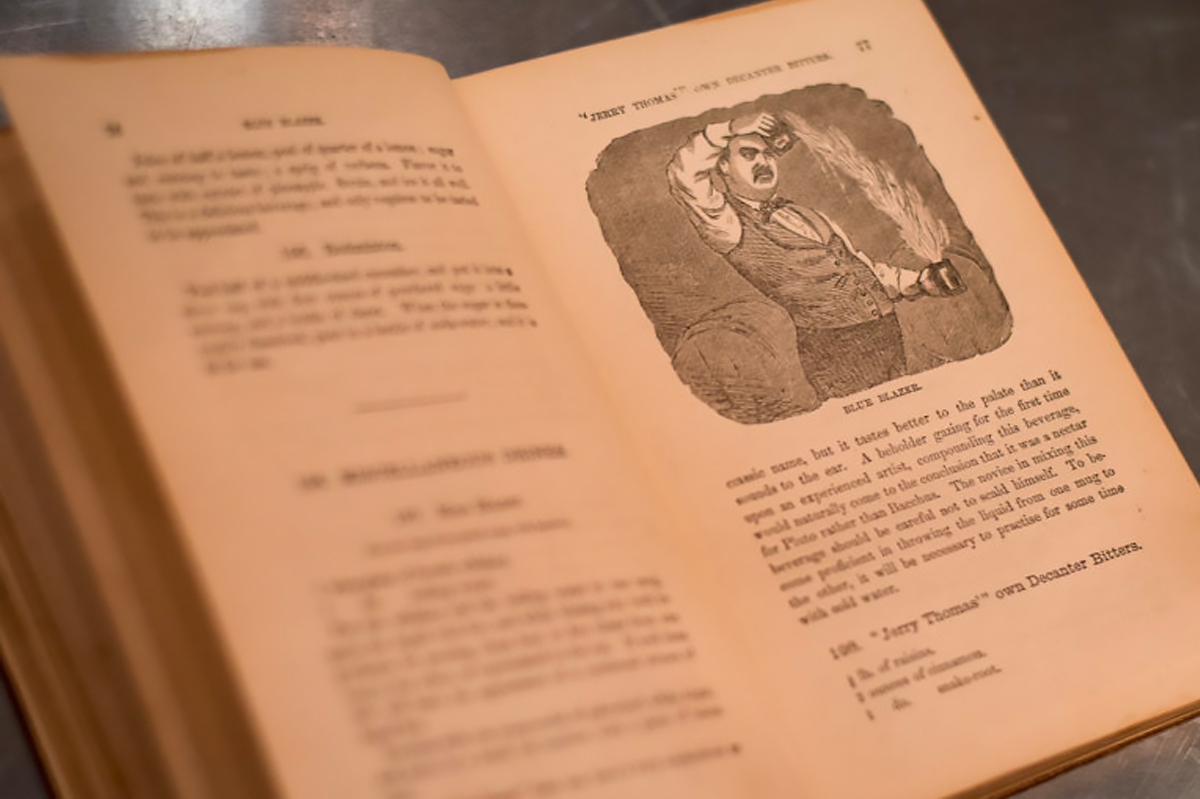 Gum syrup was replaced with sugar loaf—the method in which refined sugar was sold in the mid 19th century. Eventually the sugar cube was the sweetener to which a few dashes of bitters were added. Today, some folks use granulated sugar or even simple or agave syrup. Times, they have changed.

This drink has had its ebbs and flows over 200 years. It survived through Prohibition. It made it through the dark disco drink days of the ’70s and ’80s. Now, it is still being ordered and consumed in the 21st century with no sign of its demise in sight. This is a testament to the balance of the cocktail. You can make it with ordinary products and it’s still pretty good. But making it with extraordinary products turns the volume all the way up to eleven.

This drink can be built in the Old Fashioned glass you will serve it in or in a pint/cocktail shaker and strained over a large ice cube. Rye will give you a spicer profile, while bourbon will be a little softer and smoother. The choice is yours, but we recommend a higher proof whiskey regardless of style. We advise a lemon peel garnish for the former and an orange peel for the latter.

Add sugar cube to the glass. Dash bitters onto the cube and muddle. Add a splash of water or seltzer. Add ice to the glass. Pour whiskey into the glass. Stir (and if using another glass, strain and pour into ice-filled glass). Garnish with a citrus peel. 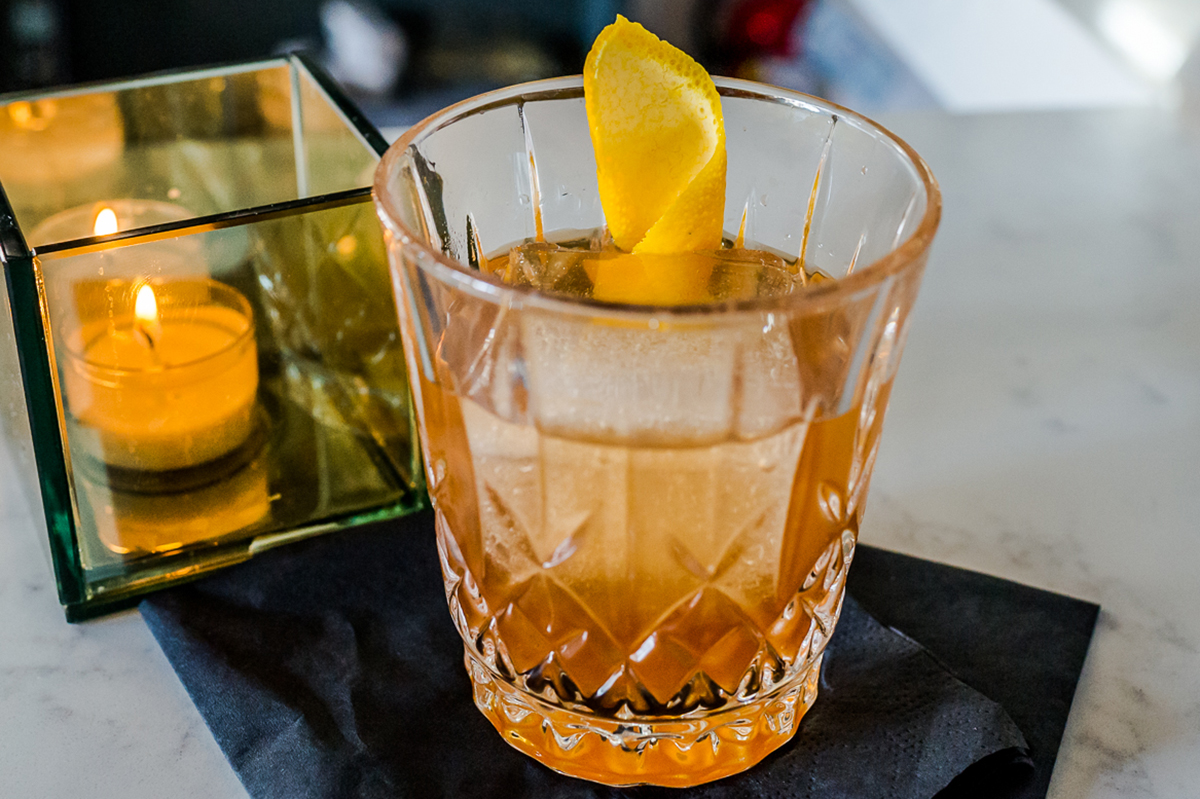 Make as above, but add an orange and lemon segment along with one or two Maraschino cherries along with the sugar. Muddle it all together with bitters and sugar before building the rest of the drink. Ideally, you will shake and strain the cocktail into an ice-filled Old Fashioned glass. Garnish with a cherry and an orange peel. 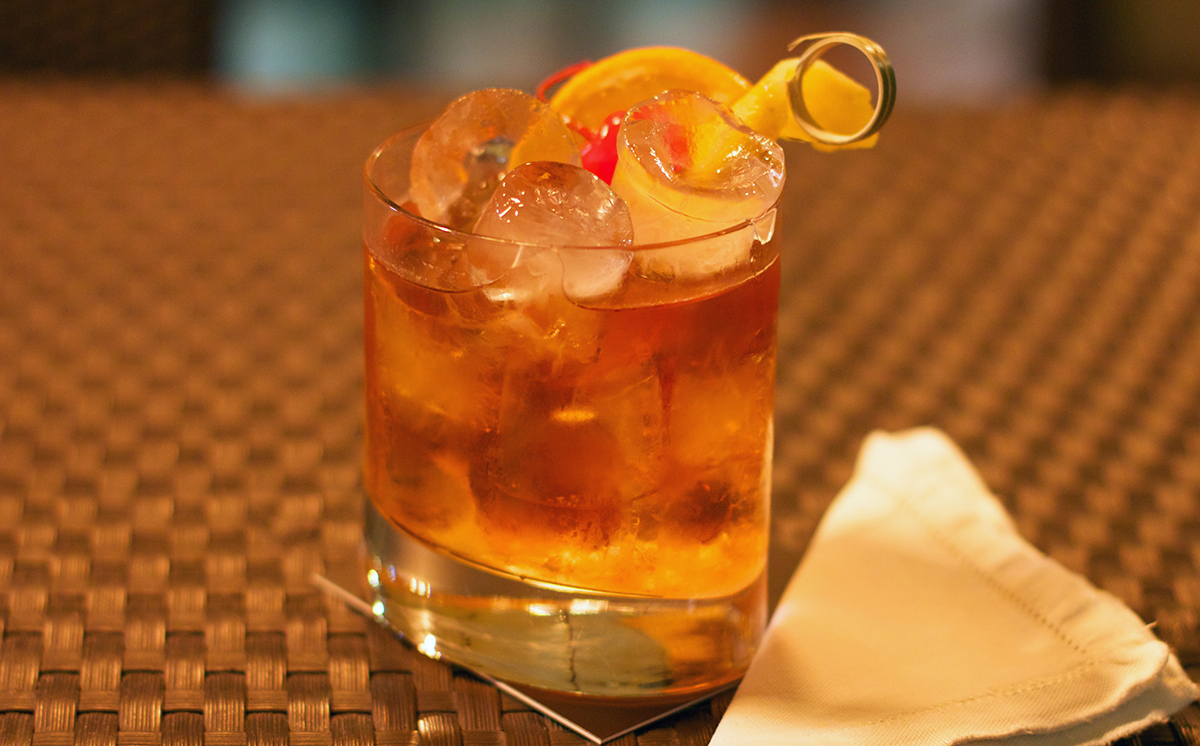 This regionally-beloved cocktail is what you will get if you order an Old Fashioned in the state of Wisconsin. You will be asked if you want it sweet (7-Up), sour (Squirt or sour mix), press (half 7-Up, half seltzer) or seltzer only. Pickled garnishes such as green beans, mushrooms or brussel sprouts are also in play. The only brand used to make an authentic version at home: Korbel Brandy.

Build in an Old Fashioned glass. Add a sugar cube, cherries, and orange to the glass. Splash a few dashes of bitters and 7-Up, Squirt or seltzer. Muddle together. Add ice. Pour Korbel into the glass. Stir. Top with more fizz of your choice. Pickled garnishes, as stated above, are optional. 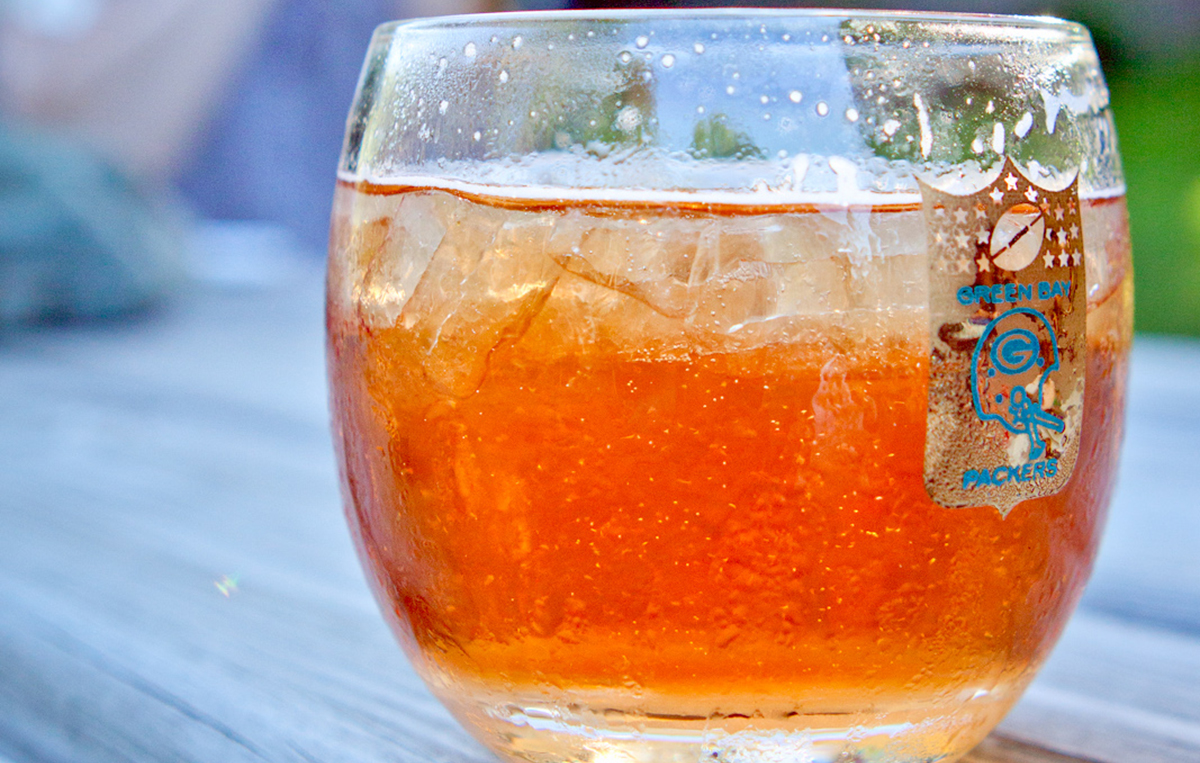 Choose Your Own Adventure

A note on the spirit in an Old Fashioned. Though whiskey is generally associated with the drink, even back in the 1800s, other spirits were being used—most notably genever, which was often called Hollands. Rum and brandy were also very popular choices, as they should be. Today, tequila and mezcal are being used, along with our new favorite: barrel-aged gin. We’ve listed a few of our favorites below, but feel free to experiment with the spirit, the bitters, and even the sweetener. It’s an adult version of choosing your own adventure. Choose wisely, my friends.

Looking for more spirits for your Old Fashioned Cocktail?

Your Guide to Blending Spirits at Home

Creating your own one-of-a-kind spirits