Of all the drinks in the Tiki canon, the Mai Tai is the most classic—and the most abused. First of all, there is no pineapple juice in a Mai Tai! Nor is it Day-Glo orange with a lake of overproof rum floating on top. Too many resort bartenders have hatched abominations of this cocktail, often resulting in a syrupy, undrinkable mess. Yet when made properly, the Mai Tai is a well-balanced masterpiece from the heart of the golden age of Tiki. In fact, it’s widely considered by many aficionados to be the consummate Tiki recipe – relatively simple (by Tiki recipe standards) yet truly timeless.

In honor of National Mai Tai Day, let’s talk about what a Mai Tai is and, almost as importantly, what it ISN’T.

The Mai Tai sprung to life in 1944, not in Polynesia, but in Oakland, California – the masterpiece of Victor Bergeron, better known as Trader Vic. As the story goes, a guest took a first sip and exclaimed “Maita’i roa ae!”, which is Tahitian for “The very best!” or “Out of this world!” In the drink’s original incarnation, Trader Vic used Wray & Nephew 17-year aged rum from Jamaica. The Mai Tai became so popular in those postwar years that, in short order, almost all of the world’s supply of Wray & Nephew 17 had been consumed happily through a million cocktail straws. So powerful is the lure of an “original” Mai Tai that the world’s few remaining bottles of Wray & Nephew 17 have been sold at auction in the $50,000 range for one bottle – it remains the Holy Grail for rum enthusiasts.

With all the Wray & Nephew gone, Vic switched to a more pragmatic rum formulation – a blend of aged dark Jamaican rum and aged Martinique rhum. Recently, Tiki enthusiasts have tossed around the question of whether the Martinique rhum used by Trader Vic was an agricole (made from fresh sugarcane juice) or a molasses-derived spirit. Nonetheless, Tiki experts agree that a mix of aged Jamaican and Martinique agricole make for a delicious cocktail. 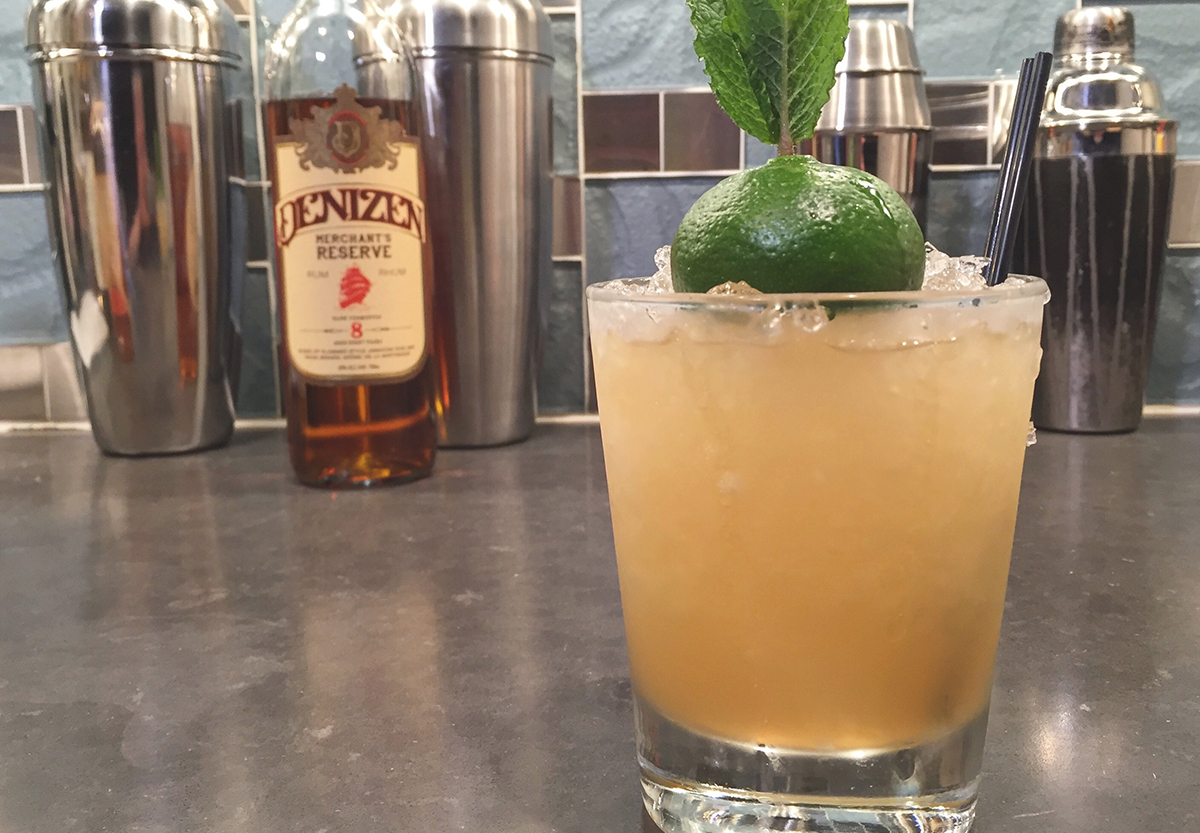 HOW TO MAKE THE ORIGINAL 1944 MAI TAI

Ask your local Tikiphile to craft a classic 1944 Mai Tai, and the recipe will look something like this:

Shake all ingredients over ice, pour into a double old-fashioned glass. Fill to rim with crushed ice. Garnish with a spent lime shell (peel side up) and a sprig of mint.

The exact amount of orgeat and simple syrup can be adjusted to individual taste. You can also experiment with different rums depending on how you feel about Jamaican “funk”.  Coruba Dark Rum makes a fine budget Mai Tai. Going upscale, the Appleton Estate Rare Blend 12 Year is quite popular with bartenders. And if you really want to bring the funk, go for the Mezan Jamaica XO. For your Martinique agricole, try something like Rhum Clement VSOP.

Recently, Denizen Rum introduced their Merchant’s Reserve, a blend of rums from Jamaica and Martinique. It was specifically created in consultation with Tiki expert Martin Cate to be faithful to the flavor profile Trader Vic used when he transitioned to a two-rum blend. When using Merchant’s Reserve, a two-ounce pour is all you need.

While you may find Mai Tai variations such as the Royal Mai Tai–which does include pineapple juice and who knows what else– out there in the wild, among the hard core Tiki crowd, the original 1944 Mai Tai is the only game in town.

Did our Original Mai Tai recipe get you thirsty?