Cocktail of the Week: Pisco Sour

This week’s featured cocktail incorporates eggs, which considering Easter is around the corner, seems fitting. The egg symbolizes spring and fertility and what better way to celebrate the season than with a cocktail. The Pisco Sour will do nicely in this regard and has the added benefit of being a great daytime drink.

This classic cocktail has quite a history and like many cocktails, the exact origin of the Pisco Sour is a bit murky. Credit was initially given to a gentleman by the name of Victor Morris, an ex-pat American who immigrated to Peru in 1903 to work on the railroads. Morris moved to Lima in 1915 and opened up Morris’ Bar where he served the sour cocktail incorporating the local pisco as the spirit of choice. Soon bartenders who worked for Morris left to work at other bars and took the recipe with them further popularizing the drink.

Unfortunately for Morris, credit for him inventing the drink was recently disproved when a recipe for a “cocktail” was found in a book published in 1903. Entitled Nuevo Manuel de Cocina a la Criolla, the book contained a recipe for the drink (translated from Spanish) as such: “an egg white, a glass of pisco, a teaspoon of fine sugar, some lime to open your appetite”. Clearly, this proves the drink was already in existence prior to Morris’ claim to fame. 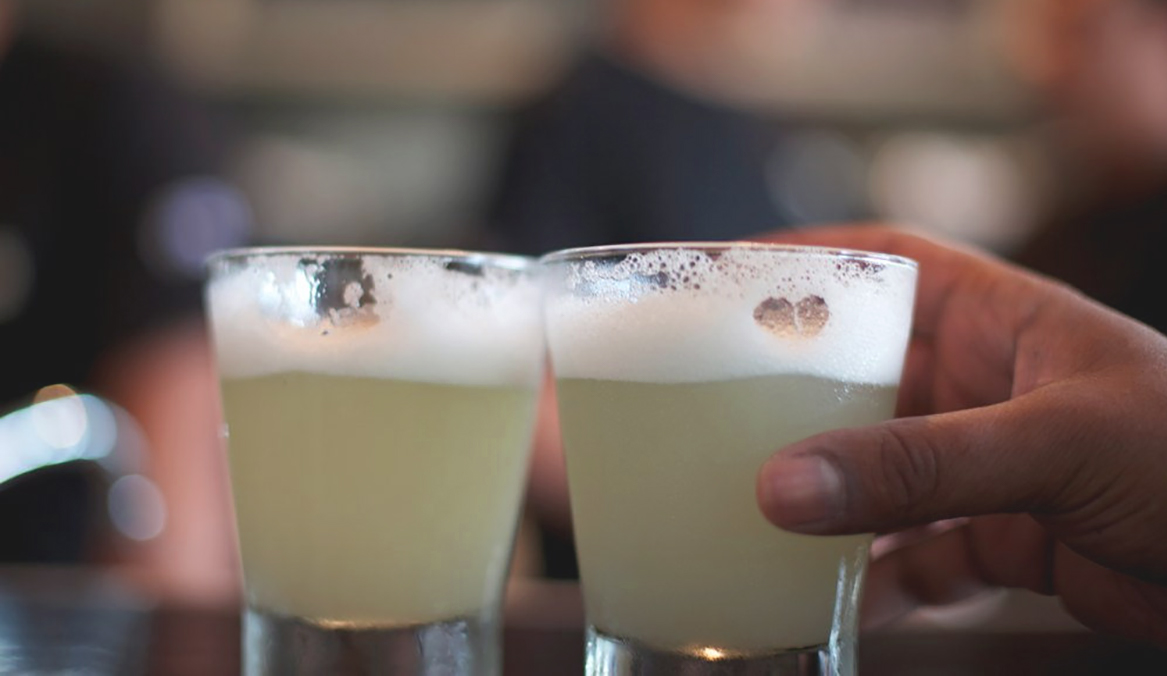 A BRIEF TUTORIAL ON PISCO

First things first: Pisco is a type of brandy. There are two countries which lay claim to the origins of pisco: Chile and Peru. They each have different interpretations of the “correct” way to produce pisco, but both only use the grape juice, not ‘the must’ as is the case with grappa production. In Chile, they typically use three grape varietals (moscatel, torontal, and pedro ximenez). In Peru, they use eight and they are typically divided into “aromatic” and “non-aromatic” varietals. Moscatel, torontel, italia, and albilla make up the former with quebranta, negra criolla, uvina, and mollar representing the latter. Chilean pisco may be distilled multiple times and reduced to proof with water. Peruvian can only be distilled once and no water may be added. Finally, Chilean pisco may be aged, but Peruvian pisco may not.

HOW TO MAKE A PISCO SOUR COCKTAIL

Regardless of which country you chose to support in your pisco purchase, we suggest the use of an unaged bottling. There is also a debate about using lemons or limes in your Pisco Sour. As the type of citrus used in Peru and Chile will differ from what we have in the States, we will leave this up to you to decide. Lemons will bring a sweeter, brighter profile to the cocktail while lime will provide a more tart and bitter note to the drink.

Add all ingredients except bitters to cocktail shaker. Shake WITHOUT ice, also called “dry-shake”. This gets the egg white nice and frothy. Open shaker, add ice, and re-shake vigorously. Strain and pour into a tumbler, small rocks glass, or cocktail glass. Add a few dashes of bitters to the top of the drink. You can run a toothpick through the bitters for added flair.

Now it’s time to make your own Pisco Sour!

Cocktail of the Week: Heat Ray