A Dram with American Presidents

With President’s Day on the horizon, we’re taking a closer look at former United States presidents and their relationships with whiskey. More than a few of them helped define the whiskey and bourbon industry.

For hundreds of years now, whiskey has been a big part of American culture. Bourbon is America’s only native spirit, as declared by Congress in 1964. Over the centuries, the industry has experienced both highs and lows, but it is currently prospering like never before.

American presidents have enjoyed their fair share of whiskey, be it bourbon or Scotch. Some have had brands named after them, or have passed important legislation, while one even owned his own distillery.

What exactly constitutes whiskey? Nowadays there are laws that tell us, but that wasn’t always the case. In 1909 president William Howard Taft laid the foundation for the rules and regulations still used for American whiskey today.

Known as The Taft Decision, his most important ruling stated that neutral spirits used for blended whiskey had to be made from grain. The use of molasses became outlawed. Since then there have been additions, such as the use of new barrels for bourbon, but the heart of the regulations is still the same as it was in 1909. 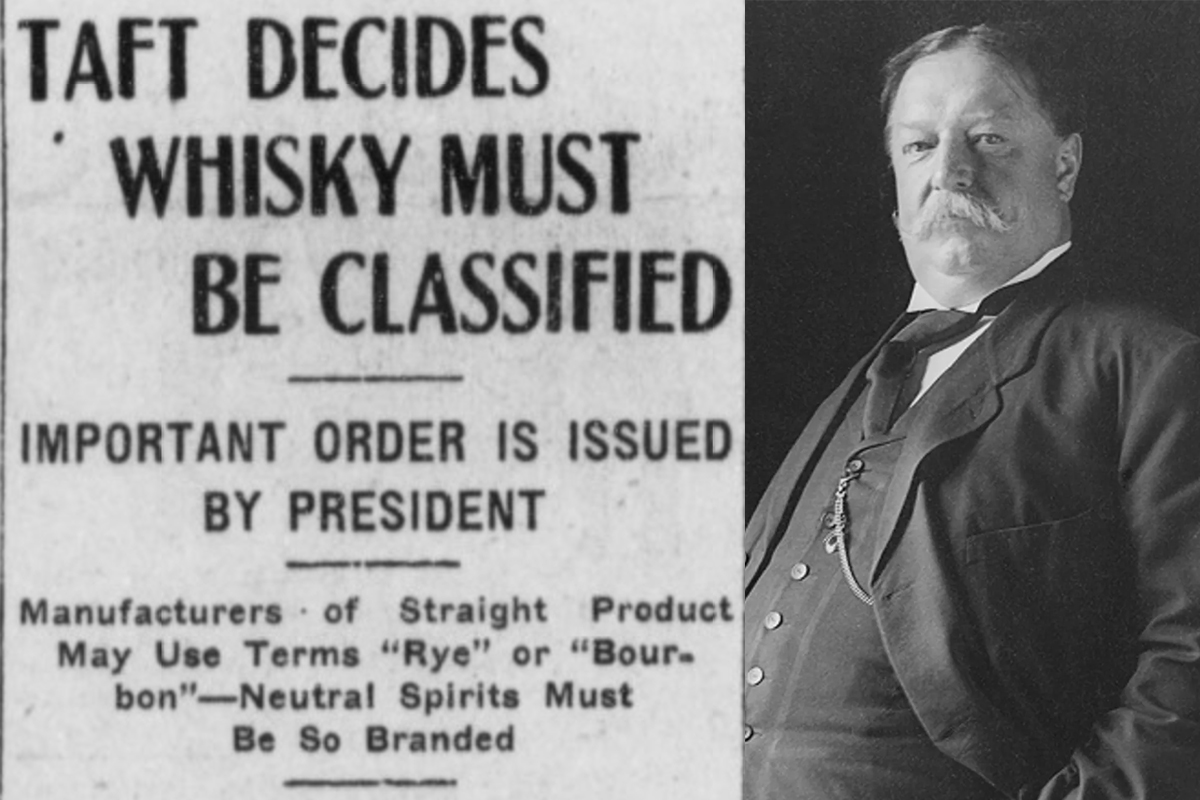 Texan Lyndon B. Johnson liked to retreat to his ranch, where he particularly enjoyed Cutty Sark. This brand of blended Scotch whisky became popular during the late 1950s and early 1960s. It wasn’t just in the comfort of his own home that president Johnson liked his scotch and soda. Wherever he traveled, he reportedly not only brought his own oversized bed, but also several cases of his favorite brand.

Farm manager James Anderson convinced the first president of the United States to not let the abundance of grain crops go to waste. George Washington decided to finally utilize his gristmill, and his Mount Vernon Distillery produced 600 gallons in the first year. At one point it even became one of the largest distilleries in America.

Not much is left of the original buildings, but with the help of a $2.1 million grant from the Distilled Spirits Council of the United States the distillery was reconstructed. The Mount Vernon Distillery produces small batch spirits on site and is open to visitors. 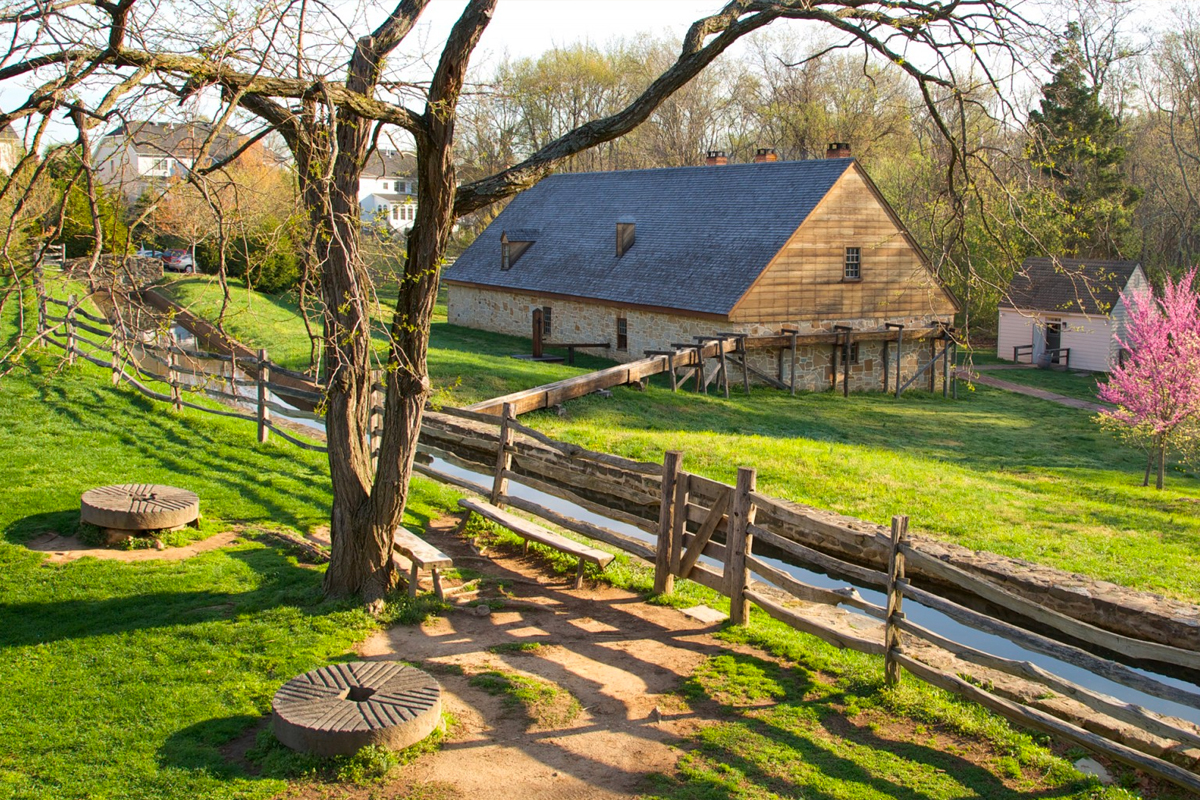 The 23rd president of the United States found himself at the center of a genius publicity stunt for the Scotch whisky industry, and in particular Dewar’s. Andrew Carnegie, born in Scotland, asked John Dewar & Sons for a cask of whisky as a gift for president Benjamin Harrison.

The delivery of the cask caused quite the stir and American distillers became irate as a result. The surrounding publicity caused consumer interest in Dewar’s and Scotch whisky to leap to new heights. Tommy Dewar later called it ‘the very best advertisement I ever had’.

One of the shortest serving American presidents, Zachary Taylor held office for only one year when he died suddenly of a digestive ailment. He himself did not contribute directly to the American whiskey industry. The same can’t be said of his great nephew.

Edmund Haynes Taylor can rightfully claim his title as one of the fathers of the modern bourbon industry. He ran the precursors of what is now Buffalo Trace Distillery, and E.H. Taylor Jr also played a big part in the aforementioned Taft Decision. 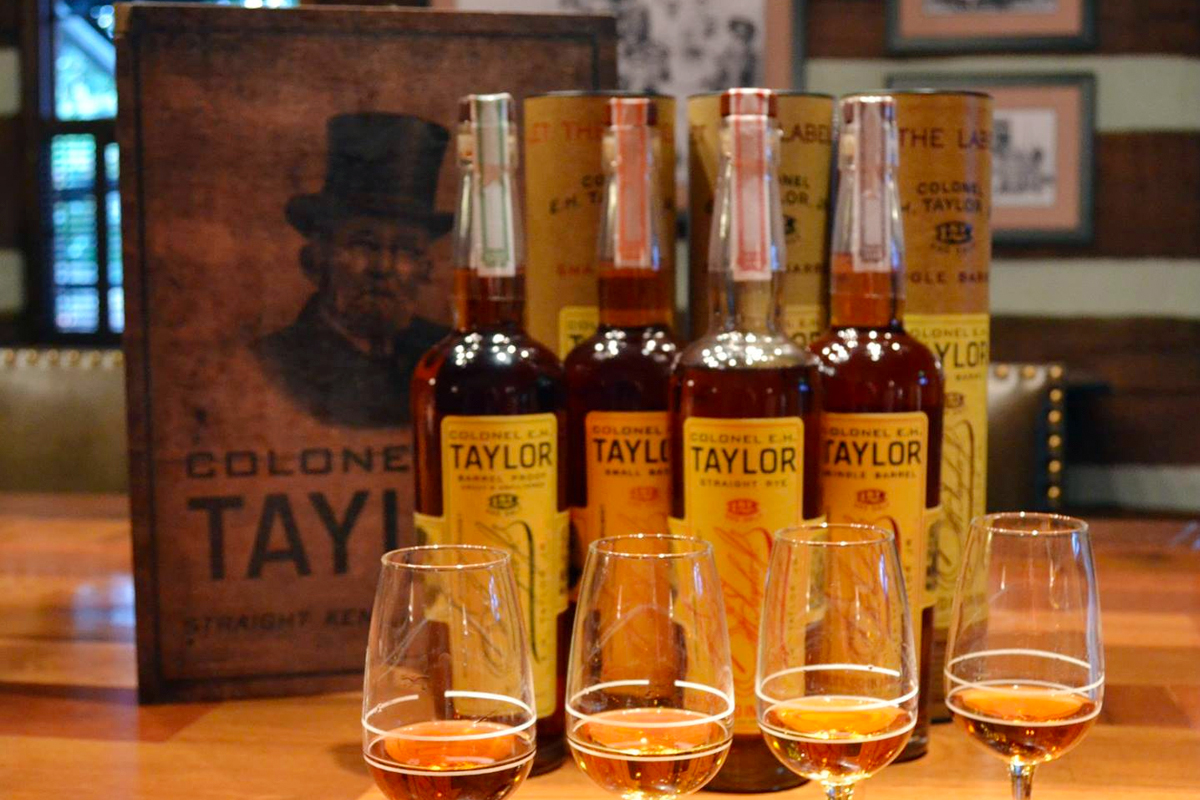 Founding father. First to sign the Declaration of Indepence. Third President of the United States. And since 1997 his name also graces that of Jefferson’s Bourbon. The family-owned producer is based in Kentucky and they create a variety of bourbons and ryes. Jefferson’s name and likeness was chosen because of ‘his curiosity and experimental spirit’.

While far from a Scotch connoisseur, Ronald Reagan is inextricably linked to Scotch whisky. Genealogists found out that his family was previously involved in the smuggling of whisky in the 19th century. He was first cousin, four times removed, of Johnnie Blue, one of the last illicit distillers to operate on the Kintyre peninsula.

Because of this family connection, Reagan was the guest of honor during the 1991 induction of the Keepers of the Quaich, a society that recognizes those that have shown outstanding commitment to the Scotch whisky industry.