As the Royal Wedding of Prince Harry and Meghan Markle nears, we’re taking a closer look at the connection between the Royal Family and Scotch whisky.

Being a monarch and dealing with the hardships of ruling a country is hard work. So it’s no wonder that history is littered with tales of royals who loved to imbibe. Princess Margaret loved a Scotch & Soda (probably a little too much), while Henry VIII reportedly had 300 wine barrels delivered to his legendary wine cellar … annually.

Then there’s Queen Victoria (more on her later), who loved to add a dash of whisky to her claret. The Queen Mother Elizabeth hosted fabled lunch parties in the garden of her London palace, where numerous alcoholic drinks were consumed. Again, probably a few too many.

However, there’s one particular spirit that’s always captured the imagination of the Royal Family. Throughout the past centuries, Scotch whisky has proven again and again its worthiness of royal approval.

It is no secret that His Royal Highness Prince Charles has a penchant for scotch. While he has visited the likes of Benromach, Ballindalloch and The Famous Grouse experience (reputedly his aunt Margaret’s favorite) at Glenturret, he loves Laphroaig the most. 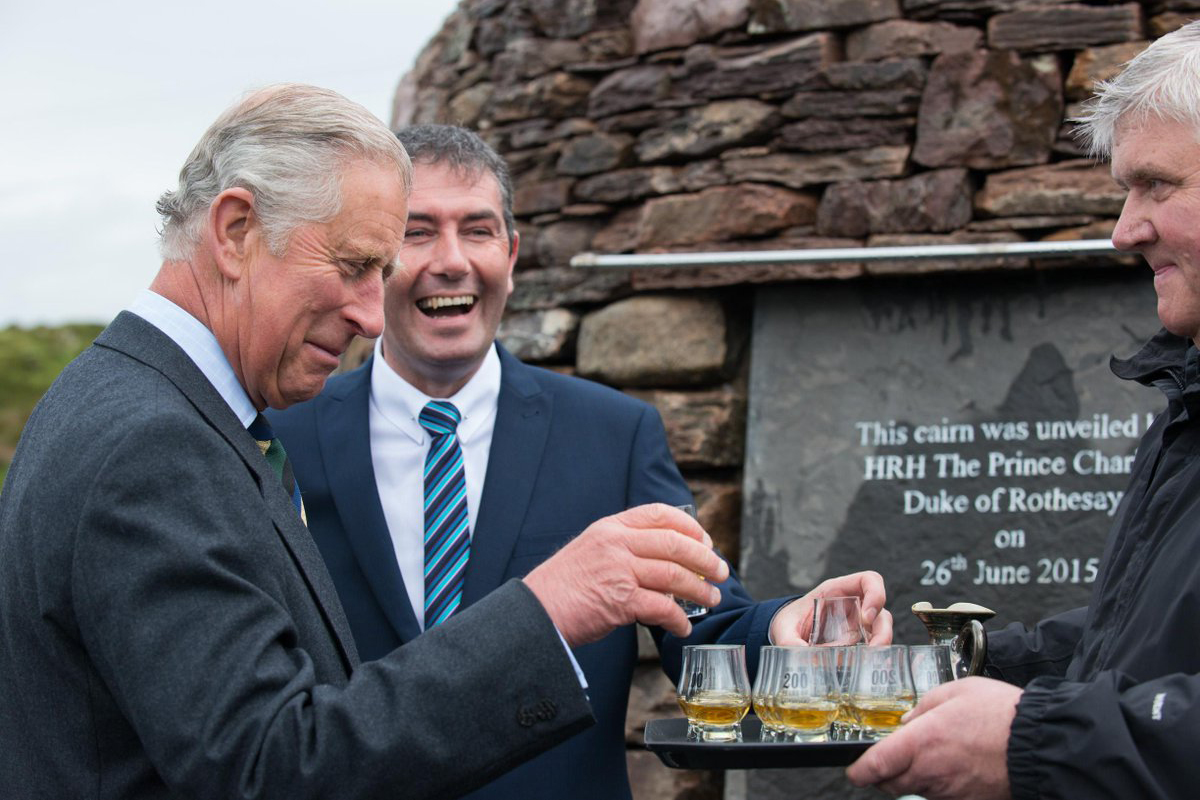 He famously favors Laphroaig 15 Year—he must have been horrified when the expression was discontinued in 2009. Thankfully for Laphroaig, he issued the distillery with a Royal Warrant in 1994. In celebration of that honor, Laphroaig released a 10-year-old Royal Warrant edition, which fetches top dollar on the secondary market.

Prince Charles returned to Laphroaig in 2008, as part of his 60th birthday celebrations, and visited again in 2015 to commemorate the distillery’s 200th anniversary. To his joy, the bicentenary coincided with the release of a limited edition Laphroaig 15 Year.

How big of an impact did George IV have on the whisky industry? In 1822, the world of Scotch whisky was a lawless, unregulated mess with hundreds, maybe thousands of illegal distilleries and lots of smuggling going on. Using guns to defend oneself against a competitor was not uncommon. 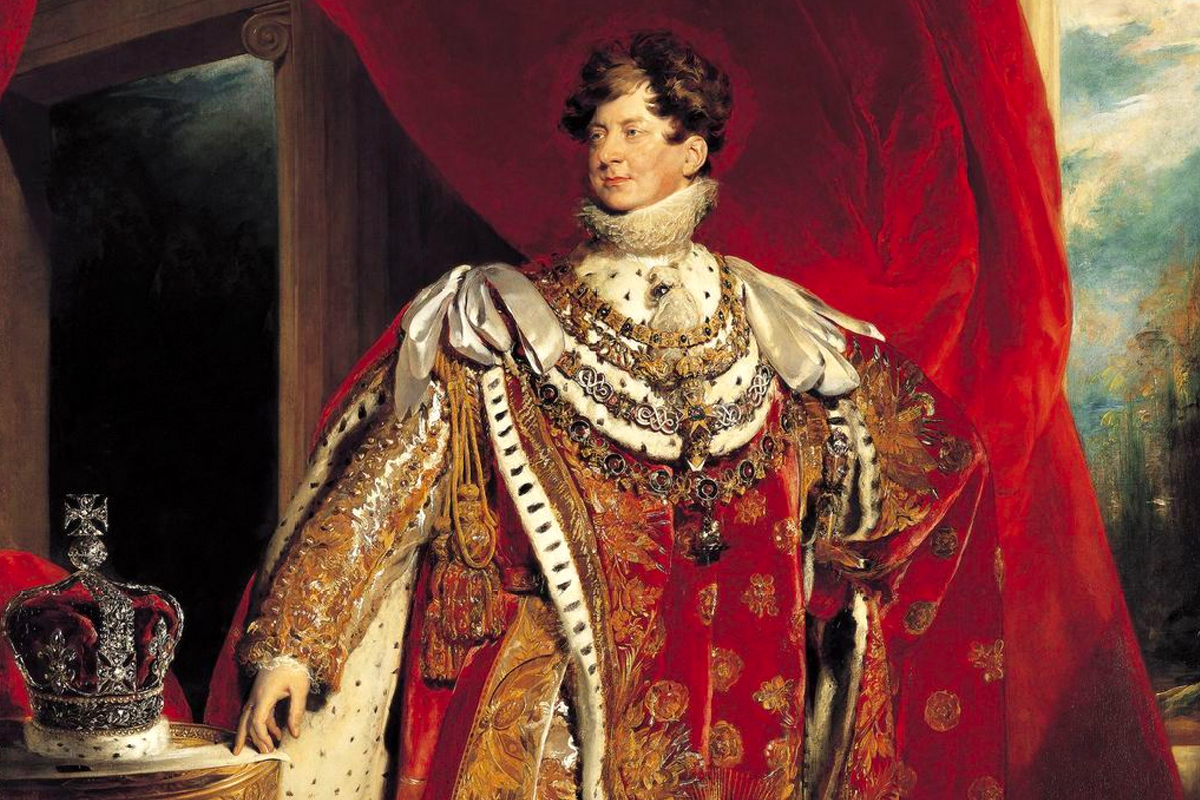 It is also the year that George IV visited Edinburgh for a state visit. There he shared a dram of Glenlivet—at cask strength—with Sir Walter Scott, the famous Scottish writer. At the time, Glenlivet was distilled illegally, and pretty much a generic term for whisky from the south of Speyside. Illegal or not, George IV was enamored and drank Glenlivet during the rest of his visit.

Not one year later, the British Parliament passed the Excise Act, essentially making it profitable to produce whisky legally. Smuggling died out, George Smith of The Glenlivet distillery went legal in 1824, and the foundations were laid down for the Scotch whisky industry as we know it today.

Distilling illicit whisky meant good business in the late 18th and 19th centuries. As a consequence, when the Excise Act was passed, many attempts at legal production of whisky were sabotaged. The first iterations of Lochnagar were burnt down repeatedly in the 1820s. 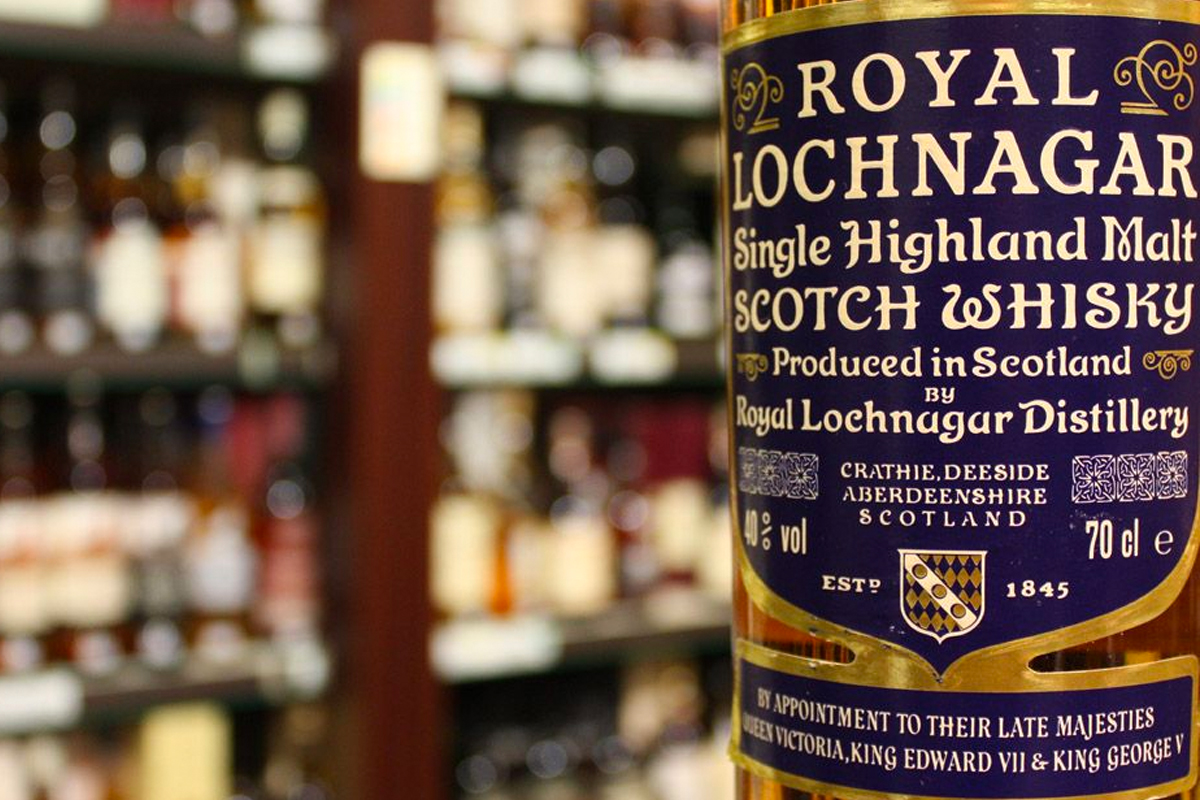 In 1845, John Begg built a new distillery—also called Lochnagar—across the river. Around the same time, Queen Victoria and Prince Albert bought the neighboring Balmoral Estate. Begg invited his neighbors to visit his distillery. Much to his surprise, the Queen, her husband and three of their children showed up on his doorstep the next day, for what is claimed to be the first ever distillery tour.

Impressed, Lochnagar was soon after rewarded with a Royal Warrant. Nobody dared burning down a distillery with such a powerful patron saint.

The King’s Own Whisky

Currently owned by Bacardí, Brackla is fairly unknown as a single malt brand. Once upon a time however, it was one of the most famous distilleries in the United Kingdom—all because of a crafty businessman called Captain William Fraser. 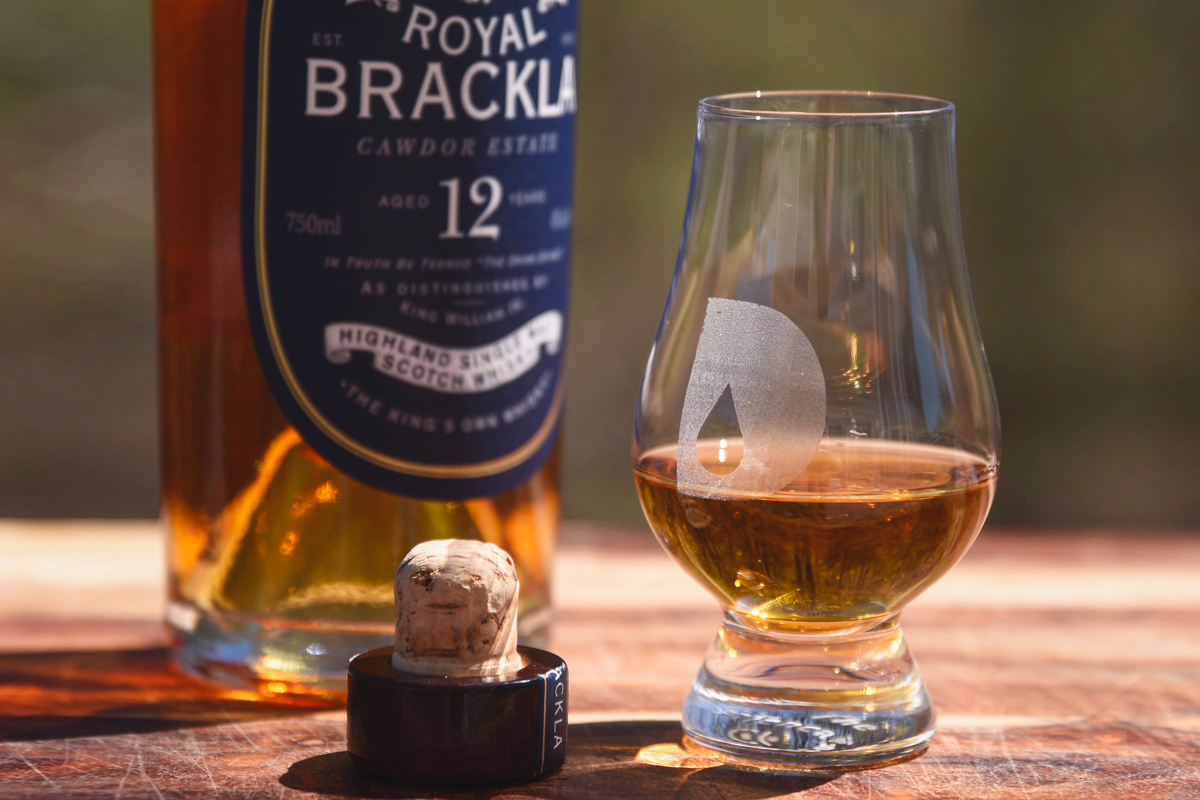 According to legend, Fraser was a deeply unpopular man, but his whisky did very well nonetheless. He was smart enough to ship bucket loads to the capital, raising the profile of his whisky, and making it one of London’s more popular drinks. So much so, that he eventually obtained a warrant from King William IV in 1835, the first one ever issued to a Scotch whisky distillery.

Quickly after, Fraser rebranded his distillery to Royal Brackla. He advertised his product in newspapers as ‘The King’s Own Whisky”. To this day, the slogan is used on the label of Royal Brackla single malt whisky.

Party boy no more, Harry’s drinking habits don’t seem to be as sophisticated as those of his father. He has strayed far from the virtues of the ceramic decanter of Bell’s Whisky that was released in celebration of his birth in 1984. During his party days, his favorite drink was premium vodka Cîroc Ultra—while he also didn’t mind the occasional Red Bull Vodka. 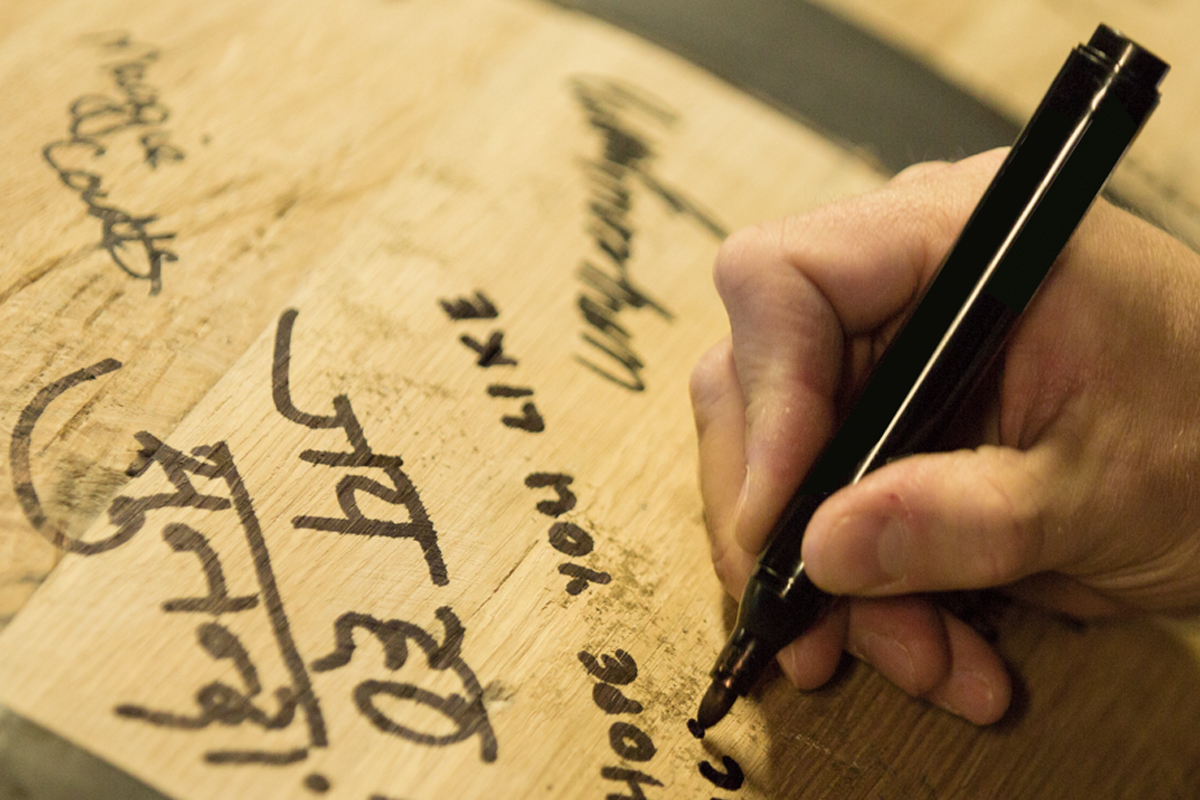 However, partly due to his charitable work, Harry does enjoy a good dram of Glenfiddich from time to time. For instance, in 2013, when he accompanied a team of wounded servicemen and women in a race to the South Pole, the Prince and his fellow participants took part in a tasting of Glenfiddich Spirit of a Nation.

His soon to be wife Meghan Markle famously acted in the television show Suits, in which the main character Harvey drinks dram after dram of The Macallan 18. She herself is no stranger to the pleasures of drinks, having a particular fondness for wine. But, “I also love a spicy tequila cocktail, Negroni or good scotch (neat),” she once remarked in an interview. That bodes well for the future involvement of the royal family in Scotch whisky.

The Art of Blending Whisky

A category previously unregarded, single grain whiskey has made its way into the global market

The producers bringing single malt whisky into the modern era