Rum Stories: Tale of the Scorpion

In the history of tiki, one of the most popular and prolific cocktails is the scorpion, also known as, the scorpion bowl. A drink that certainly makes an impression when it arrives at your table, we’ve compiled some background information, along with a few recipes, so you can make your own tiki spectacle.

TALE OF THE SCORPION

The scorpion’s origins began in the late 1930’s with Victor “Trader Vic” Bergeron. While visiting Honolulu, he discovered the cocktail being served at a bar named The Hut. The bartenders there used Okolehao—a Hawaiian moonshine made from fermented Ti plant—as the primary spirit, along with a combination of fruit juices. Trader Vic fell in love with the presentation of the drink served in a large communal bowl. Inspired, he returned to the original Trader Vic’s location in Oakland, Calif., and created his own variation of the cocktail using the more available, rum, instead of the rare Okolehao. 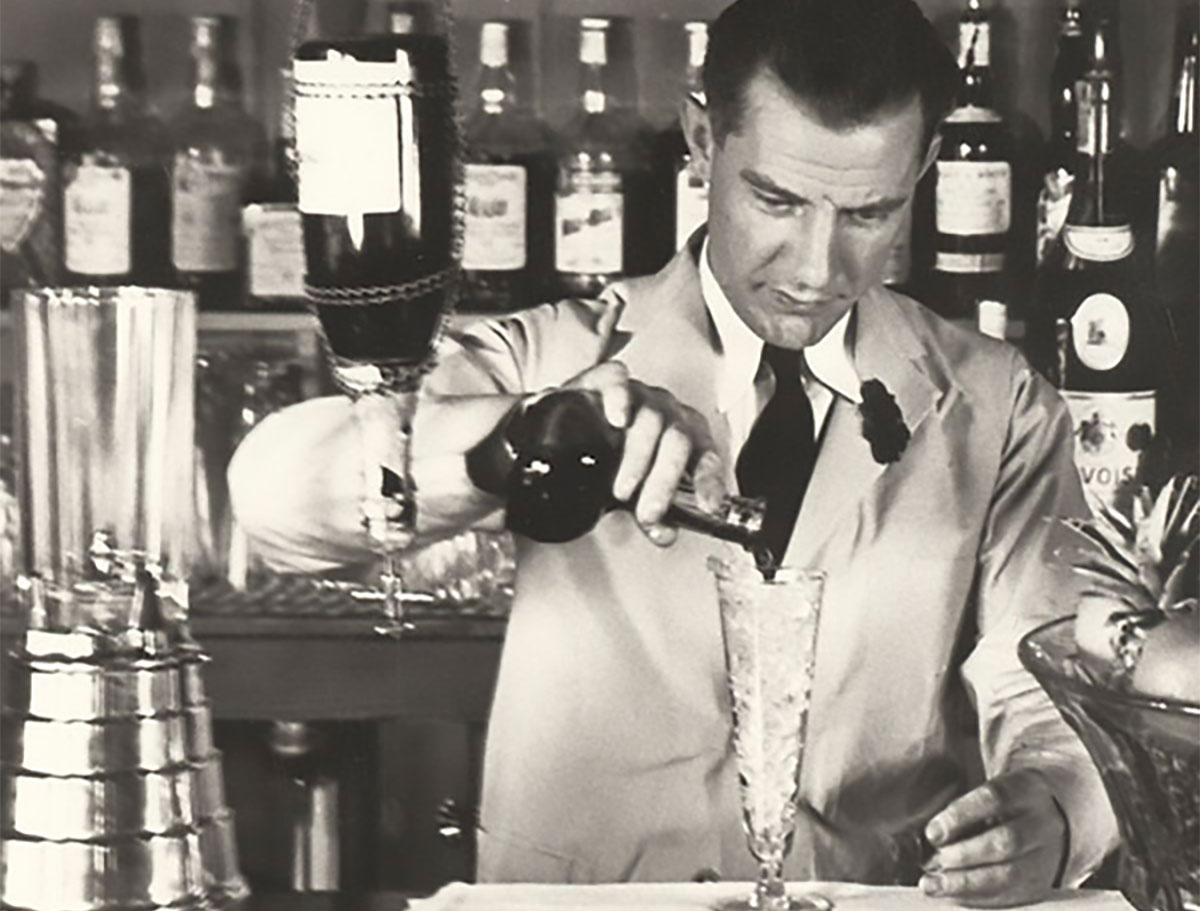 The original recipe reportedly had 15 different ingredients and was served in a custom-made Tiki communal bowl. Over the years, Trader Vic published three different variations of the cocktail. In his 1946, “Book of Food and Drink”, the recipe served up to twelve people. Among the ingredients were a bottle and a half of rum, along with gin, brandy and half a bottle of white wine to top it all off. Garnished with a few gardenias, it was presented with great fanfare to his patrons.

Other versions appeared in his 1972, “Trader Vic’s Bartender’s Guide”, which included an individual cocktail and an updated bowl recipe that would become the more commonly used version of the recipe. Both are presented below.

Blend all ingredients in a mixer with one scoop of shaved ice. Pour into glass, mug, or one person volcano bowl. Add ice, and garnish with gardenia.

Blend all ingredients in mixer with two scoops of shaved ice. Pour into scorpion bowl. Fill with ice and garnish with gardenias. Add long straws.

Over the years, many bars and restaurants have created variations of this drink. A favored addition of many is for the cocktail to be served in a flaming volcano bowl. These bowls have become collector’s items and can be found in an array of designs that are popular with tiki mug collectors. For presentation purposes, the volcano in the center is the focal point when the beverage is served.

HOW TO SAFELY PRESENT A FLAMING SCORPION BOWL

Method 1: Soak a sugar cube in 151-proof rum. Place cube in volcano. Ignite the cube when the bowl is placed on the table. This method creates a blue flame that is perfect for a low lit bar with low ceilings.

Method 2: Clean out the pulp from a lime half and let it dry. Soak a cube of bread (some prefer a sugar cube) in a half ounce of lemon extract. Place the lime half on top of the volcano, insert cube in lime half, and ignite at the table when the bowl is served. This method will produce a tall yellow flame.

When an alcoholic drink has a fire garnish at a public establishment or home bar, safety is paramount. Always have a fire extinguisher on hand in case a mishap occurs.

Need the perfect rum for your scorpion bowl?
With Distiller, you’ll always know what’s in the bottle before you spend a cent. Rate, Review, and Discover spirits! Head on over to Distiller, or download the app for iOS and Android today!