Whenever the Isles of Scotland are discussed in the whisky world, nine times out of ten it will be regarding whiskies from the Isle of Islay. With Ardnahoe Distillery having recently opened, there are now nine working distilleries on the isle, and counting. Granted, those Islay distilleries are certainly worthy of exploration. But Scotland has hundreds and hundreds of islands to explore, and lucky for us whisky fans, some of them have distilleries.

Some brands will be recognizable, but perhaps you didn’t know where exactly they call home. Other distilleries are just now in the production phase with single malt whisky still to come, which we’ve indicated with an asterisk below. We’ll make sure to update this list as needed. But now, let’s all get (re)acquainted with the other scotch islands, beyond Islay.

Year Founded: 1830
Location: Carbost, Isle of Skye
Things to Note: The house style is a medium-peated malt with a maritime character. Fun fact, up until 1928, the distillery triple-distilled its whisky. There are still three spirit stills on site along with its two wash stills.
Notable Bottles: Talisker 10 Year is the standard-bearer for this brand. It’s a classic whisky that is thankfully widely available. Others include the no-age statement Storm and Dark Storm bottlings.
Current Owners: Diageo 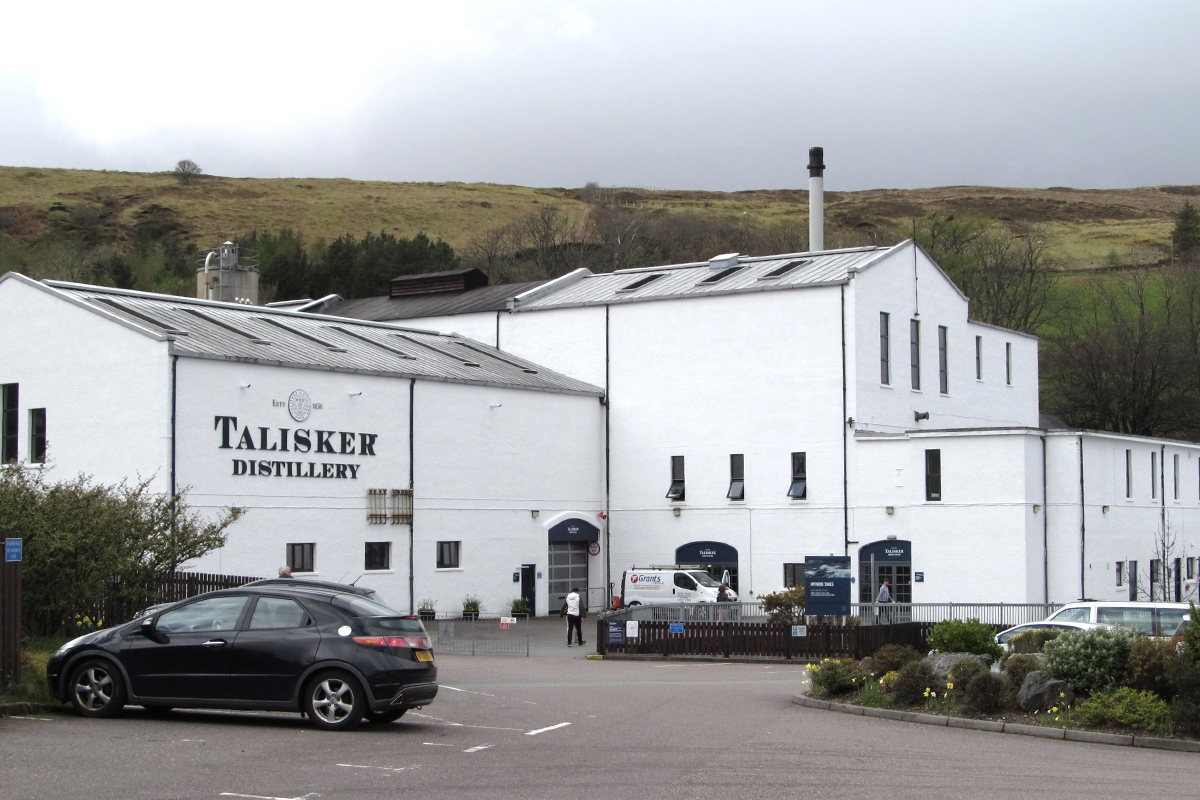 Year Founded: 1798
Location: Kirkwall, Isle of Orkney
Things to Note: Orcadian peat is quite different from both mainland peat and Islay peat because it contains more moss and heather due to its northerly location. The peated malt is heavily-smoky, but it only comprises 20% of the mash with unpeated malted barley making up the bulk of the malted barley recipe. Additionally, 100% ex-sherry casks are used for maturation, both in American and European oak.
Notable Bottles: Too numerous to count. Any of the core age-statement single malts are must-try whiskies and each received a recent name change and makeover.
Others to Try: Highland Park Dark Origins, Highland Park Valkyrie, and if you can find any of the Valhalla Collection on a bar, make sure to get yourself a dram.
Current Owners: Edrington Group 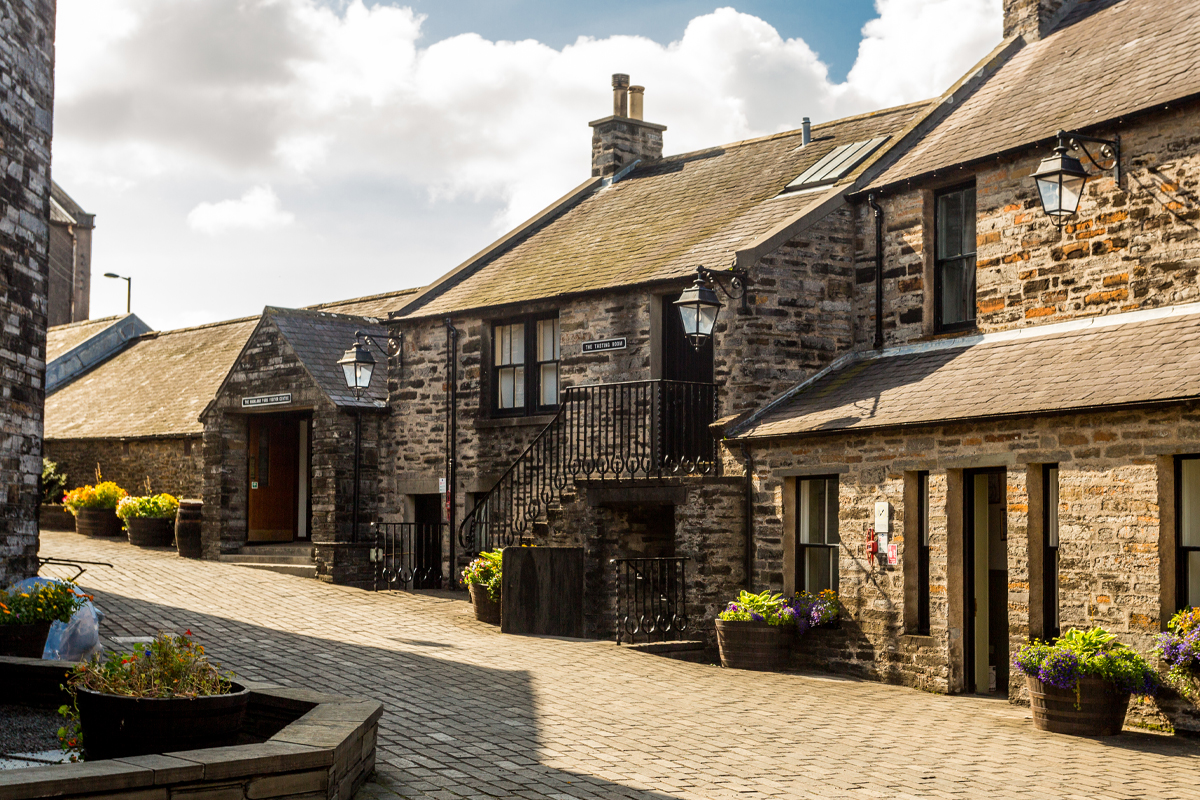 Year Founded: 1885
Location: Kirkwall, Isle of Orkney
Things to Note: Scapa’s house style single malt is unpeated, although in 2016 the brand released a no-age statement single malt called Glansa. Unusually, the distillery uses a Lomond still in its whisky production.
Notable Bottles: The 16 Year, first introduced in 2008 was the standard malt for this brand, but in recent years it seems to have fallen out of production. The Scapa Skiren is a serviceable dram if the price is right.
Current Owners: Pernod Ricard’s Chivas Brothers

Year Founded: 1994
Location: Lochranza, Isle of Arran
Things to note: The distillery produces both unpeated and peated single malt whiskies. Also, a variety of fortified wine finishes are included in its portfolio. In addition, the distillery produces blended whiskies as well as a whisky cream liqueur.
Notable Bottles: Peat lovers should seek out the Machrie Moor limited editions and as an everyday dram, you could do worse than The Robert Burns single malt. We think the Bard of Ayrshire would approve.
Current Owners: Isle of Arran Distillers 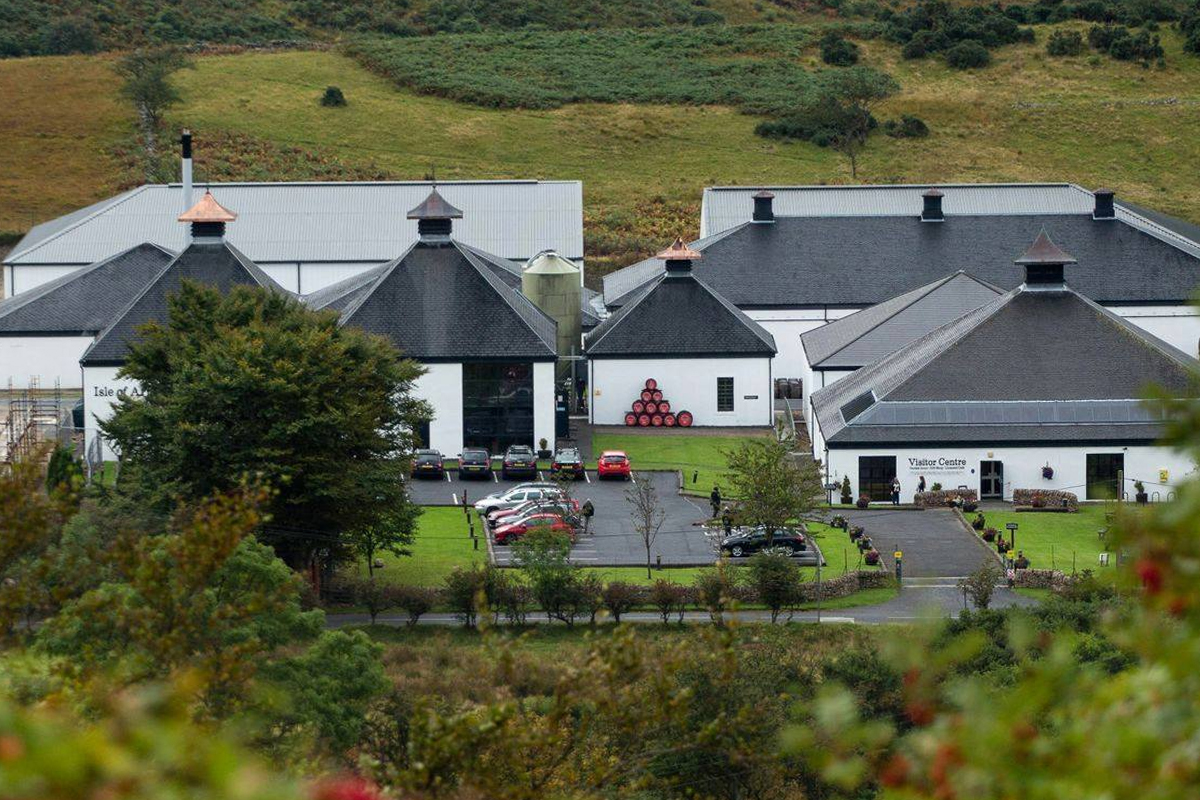 Year Production began: 2018
Location: Lagg, Isle of Arran
Things to Note: The distillery expects to produce a heavily-peated single malt with a new-make that is much heavier and more rustic than its sister distillery, Arran.
Current Owners: Isle of Arran Distillers

Year Founded: 1798
Location: Tobermory, Isle of Mull
Things to Note: This distillery produces both an unpeated (Tobermory) and peated single malt (Ledaig). Recently, production stopped for 24 months to upgrade the distillery and visitor centre. The expected relaunch is set for summer 2019.
Notable Bottles: Tobermory 12 Year, Ledaig 10 Year and 18 Year. Also, the brand has introduced a gin. Tobermory Hebridean Gin is made with botanicals from the Isle of Mull as well as new-make malt spirit that is typically used to produce the brand’s unpeated scotch whiskies.
Current Owners: Distell Group

Year Founded: 1810, then known as Small Isles Distillery
Location: Craighouse, Isle of Jura
Things to Note: Although heavily-peated whisky was featured in the past, currently it releases more non-peated offerings with peated releases having a more subtle smoke factor. In addition, more thought is considered when selecting barrels for maturation in order to bring out certain characteristics in the malt whisky.
Notable Bottles: Recently (2018), the brand launched its The Signature Series which marks a new look for Jura. Seek out Jura Seven Wood and Jura 18 Year.
Current Owners: Whyte & MacKay 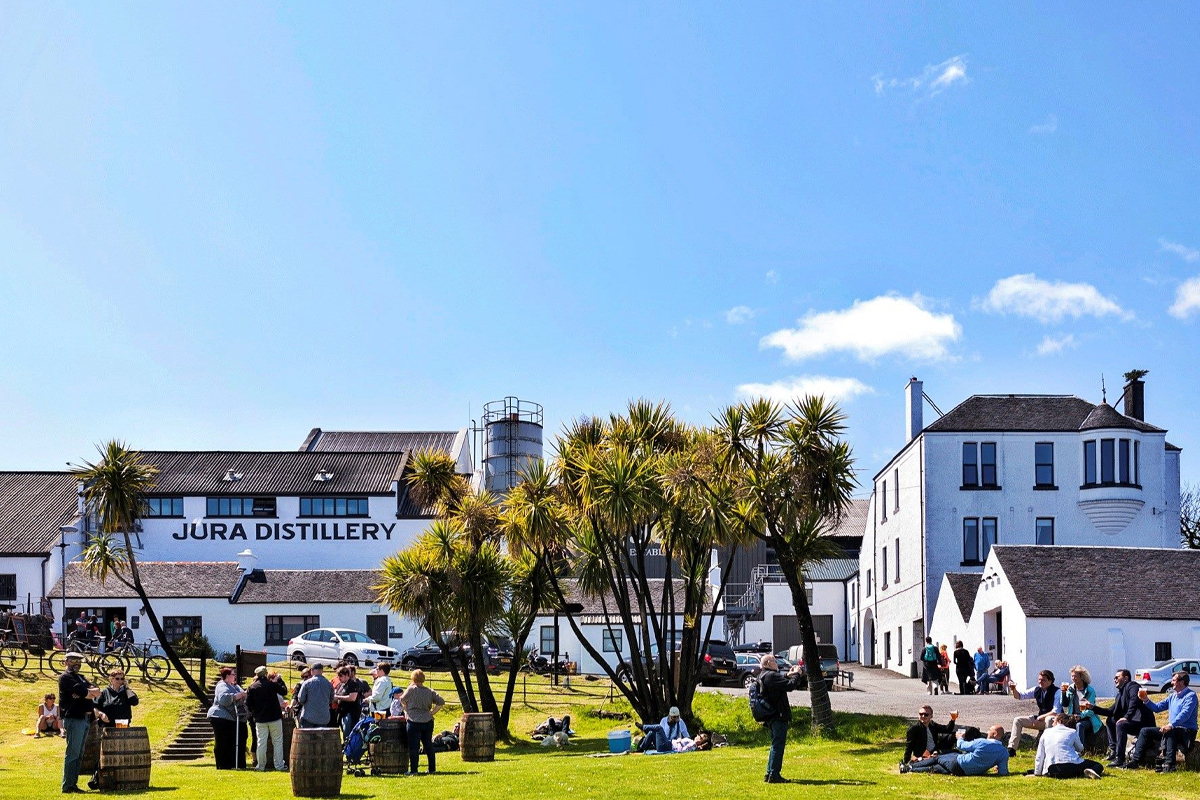 Year Founded: 2008
Location: Uig, Isle of Lewis
Thing to Note: The distillery intends to be a true field-to-bottle distillery in order to reduce its carbon footprint and be entirely self-sufficient. Abhainn Dearg is pronounced Aveen Jarræk which means Red River in Gaelic.
Bottles Available: The first single malt was released in 2011 as a special three-year whisky. The distillery released its first 10 year single malt, Abhainn Dearg X Single Malt, this past winter.
Current Owner: Mark Tayburn

Year Founded: 2017
Location: Kyle, Isle of Raasay
Things to Note: The style for the distillery will be a lightly-peated single malt, with the first single malt whisky expected for 2020 release. Raasay offers luxury accommodation within the same building as the distillery, a Victorian-era villa called Borodale House.
Currently Available: Raasay While We Wait
Current Owners: R & B Distillers